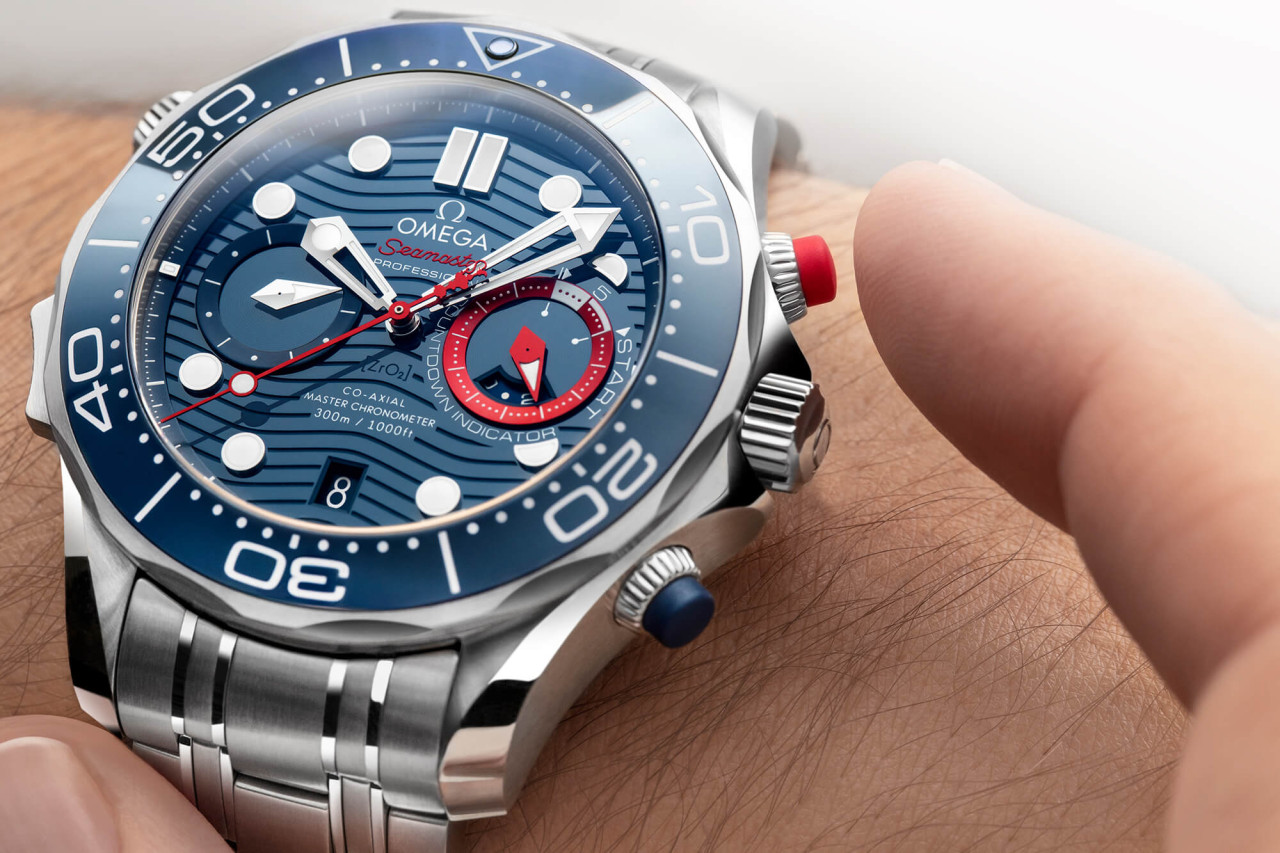 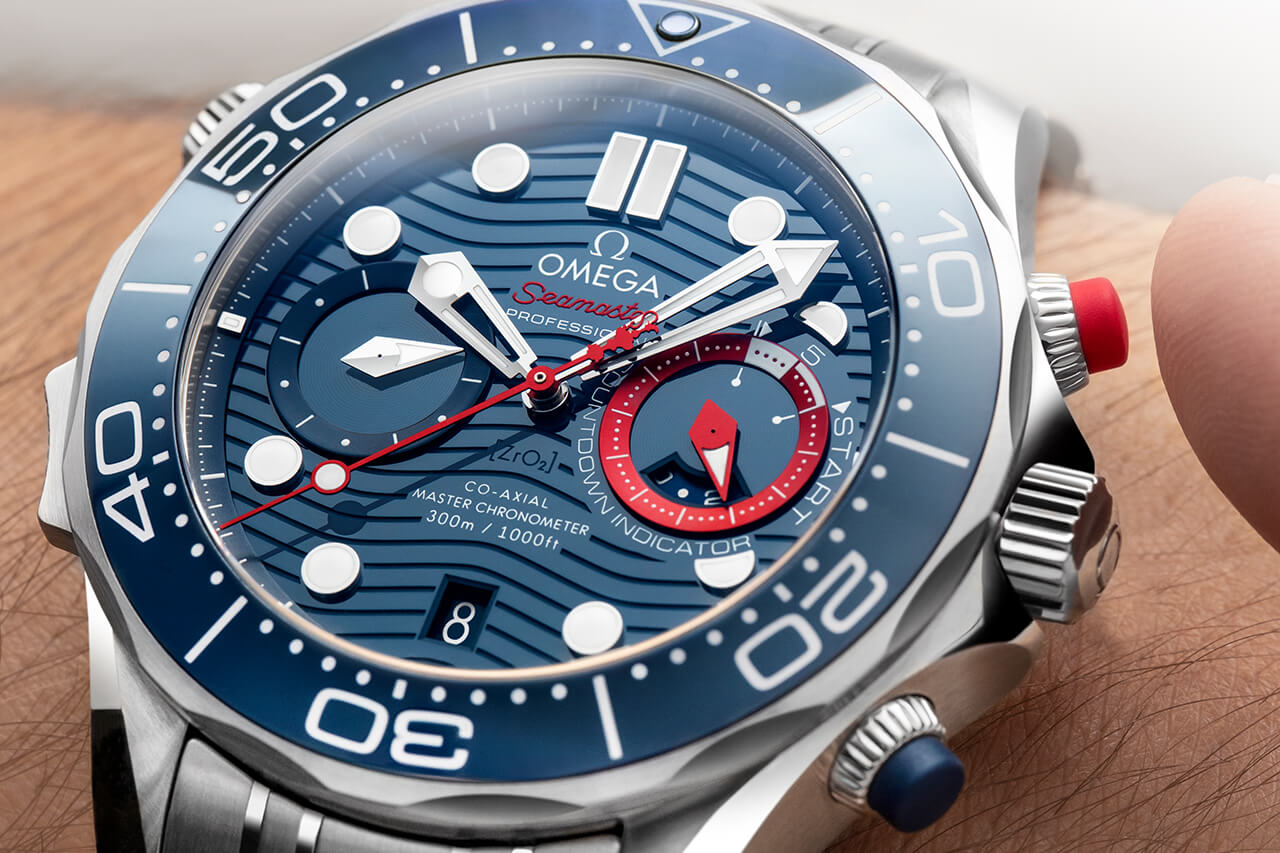 Last summer, Omega launched their annual tribute to the America’s Cup, a striking, white-dialled Planet Ocean in the race’s signature livery of red, white and blue. But when has just one special edition ever been enough? Now they’re running the same gambit with the Omega Seamaster Diver 300M America’s Cup Chronograph, and it’s more than just an aesthetic tweak.

Overall, the 44mm, stainless steel diver falls in line with the rest of the relatively recently reworked 300m Professional collection, with its multifaceted bezel and signature wavy dial guilloche. Where this model really departs however is the inclusion of a regatta countdown timer at 3 o’clock. 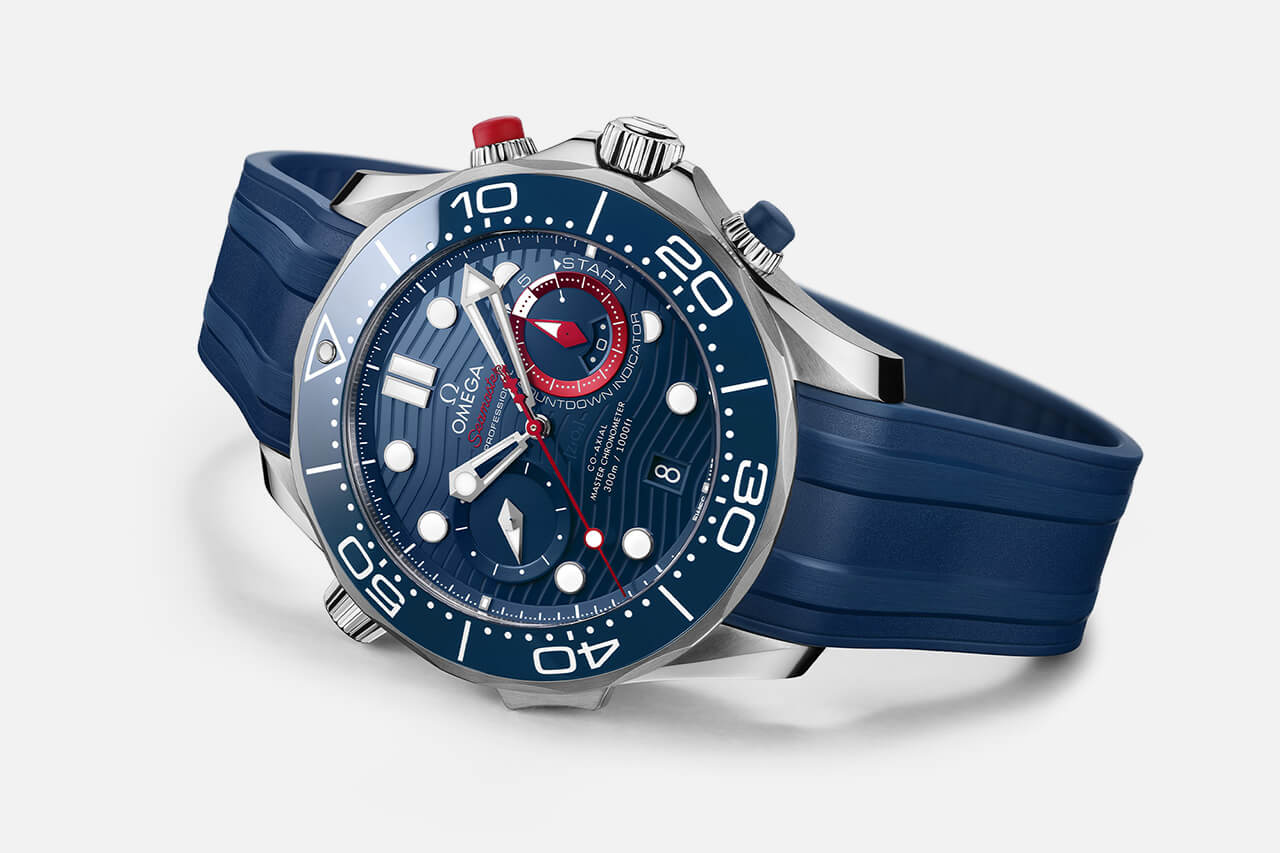 The red anodised aluminium counter features the various legs of the race, complete with an hour disc at the bottom. It’s perhaps not one of the most detailed regatta timers there is, but it’s definitely one of the better integrations into the overall design of the watch. 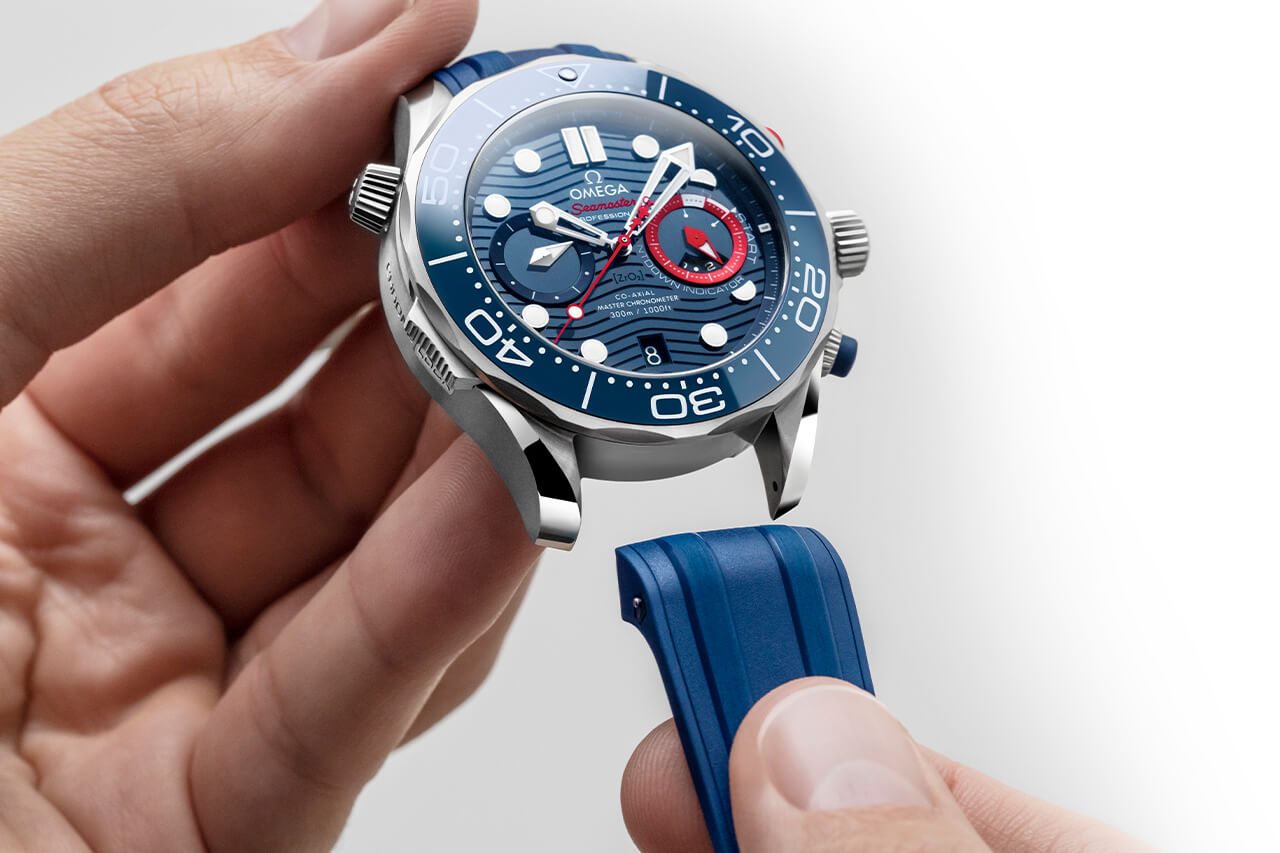 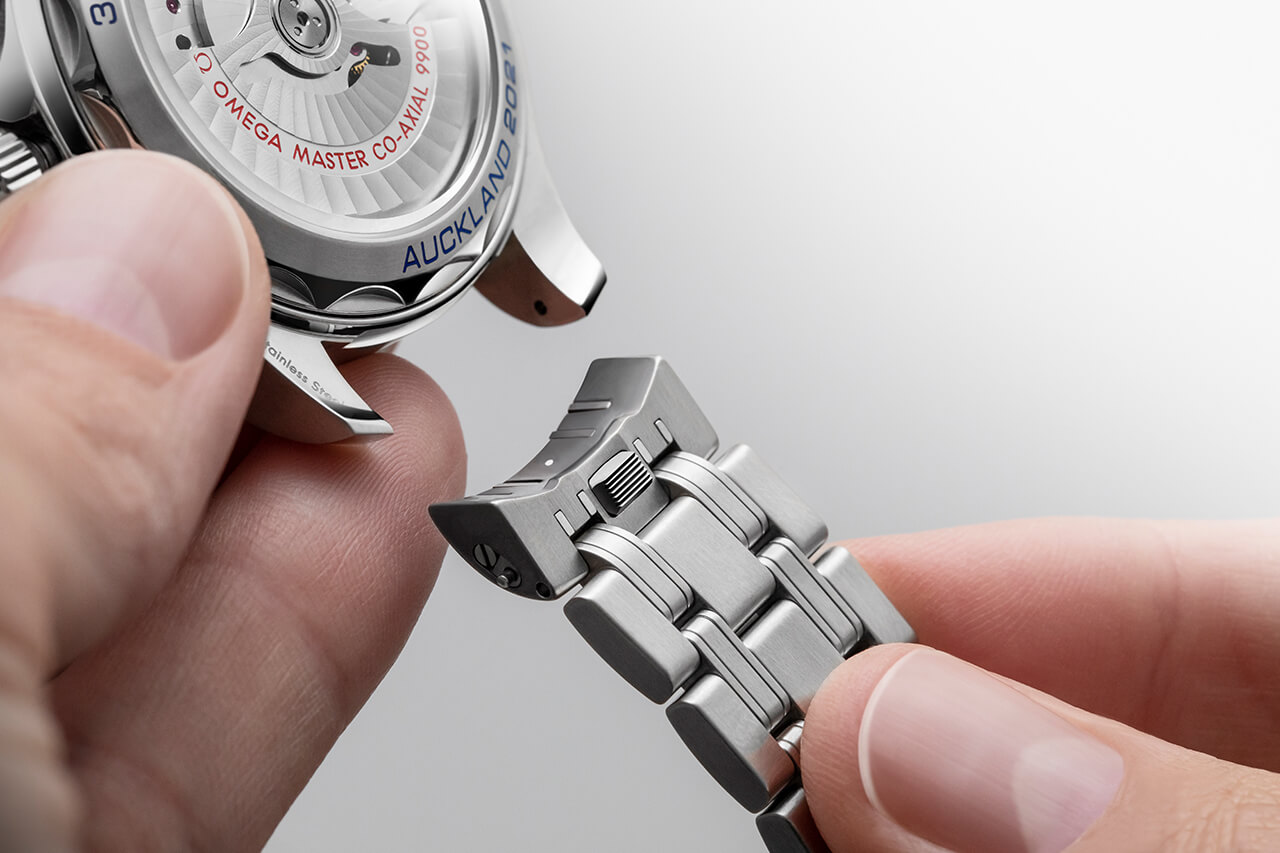 Other new features include the chronograph lock system, which stops anything setting off or stopping the stopwatch function when you’re tearing around on a boat on top of the water and a snazzy quick-change strap system and pushers designed to still give grip when you’re in it. In short, it’s fine-tuned to the America’s Cup. 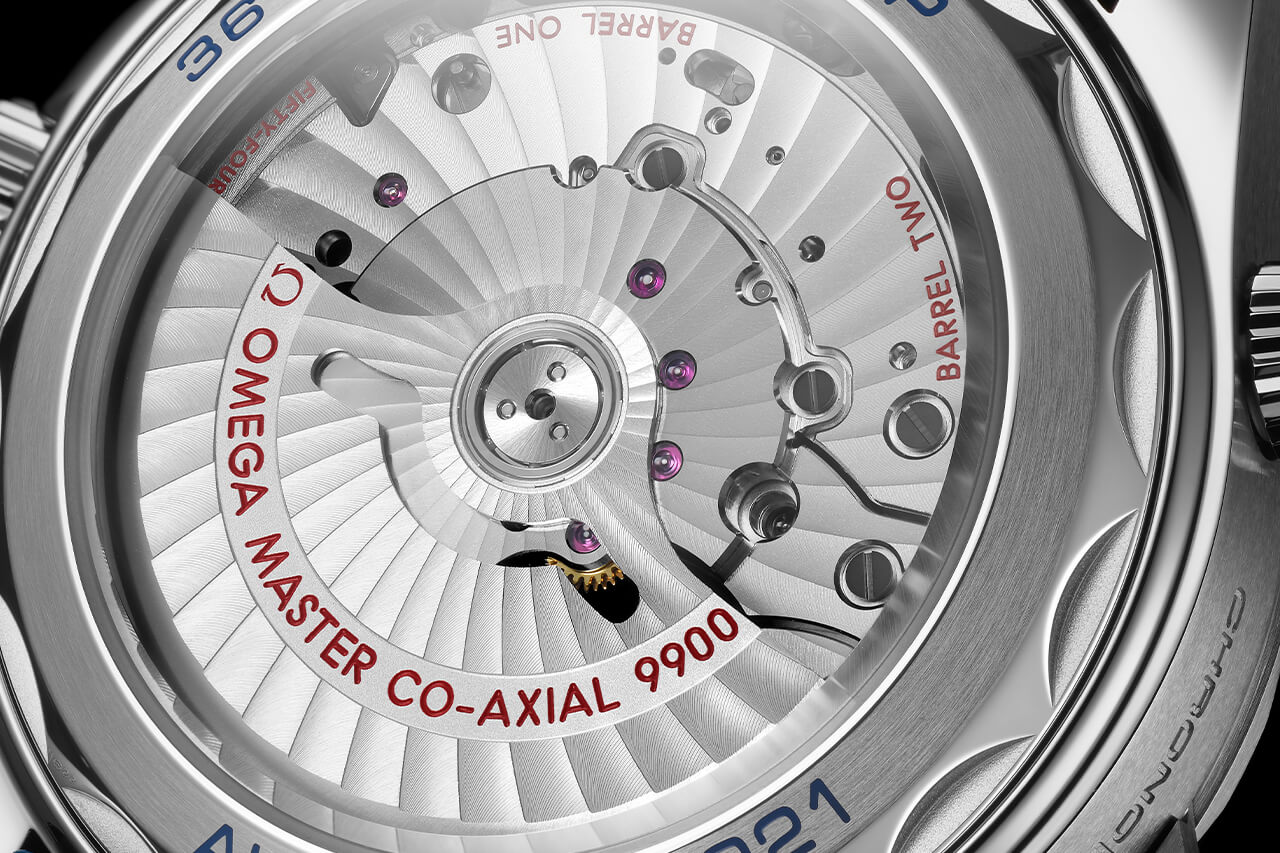 The whole thing is powered by the Co-Axial Calibre 9900, a serious piece of horological kit. A column-wheel chronograph calibre complete with a 60-hour power reserve and plenty of shock absorption, it’s big, beefy and incredibly accurate, according to its Master Chronometer certification. 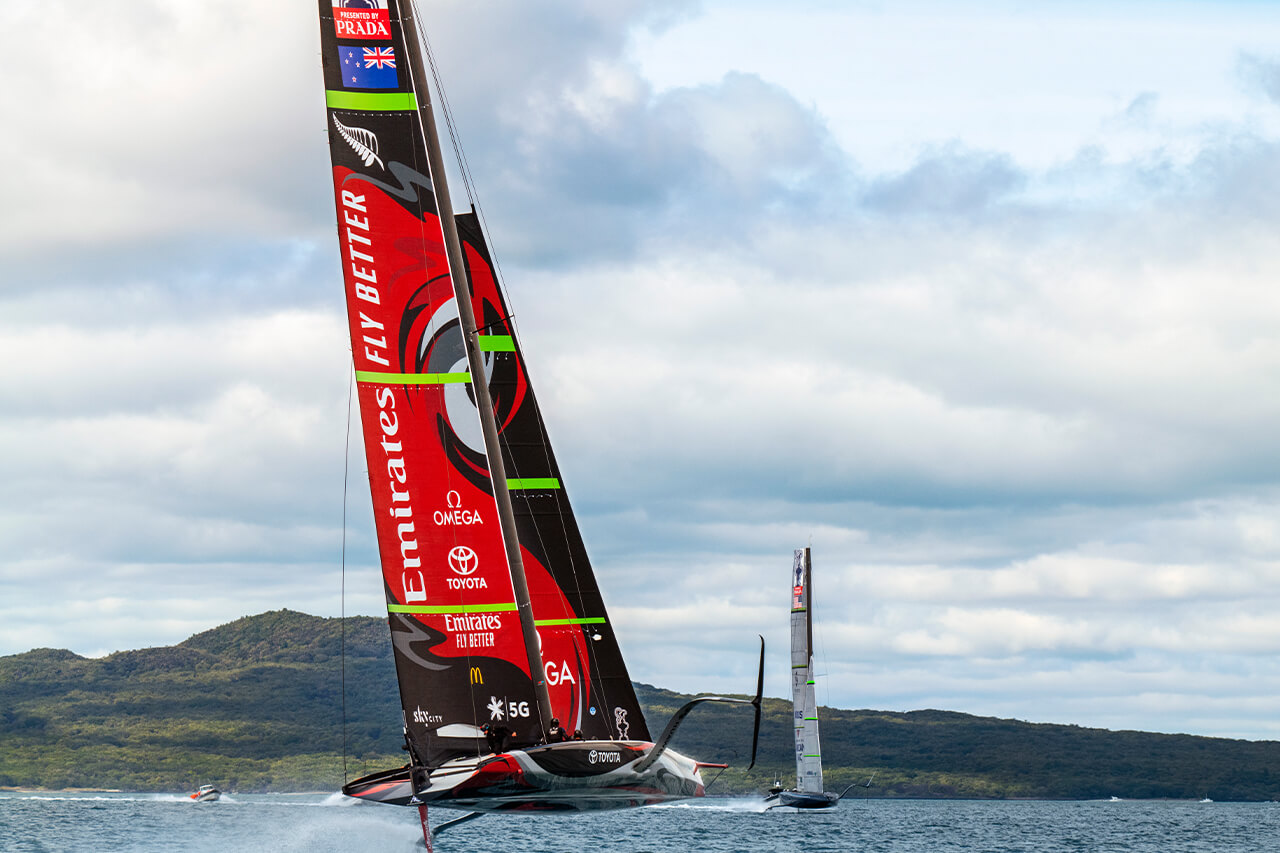 This may not be the first America’s Cup Omega ever – or even the first for the 36th edition of the race – but it’s definitely one of the best. The smaller dimensions of the 300m Professional compared to the Planet Ocean make it that bit more suitable for everyday wear and, while I miss the white dial (and the America’s Cup counterweight is a bit on the nose) the blue and red makes for a nautically handsome timepiece.

At £8,800, it’s a relatively pricey 300m Professional, but it’s a solid entry into racing canon ahead of the 36th edition of the world’s greatest sailing race.