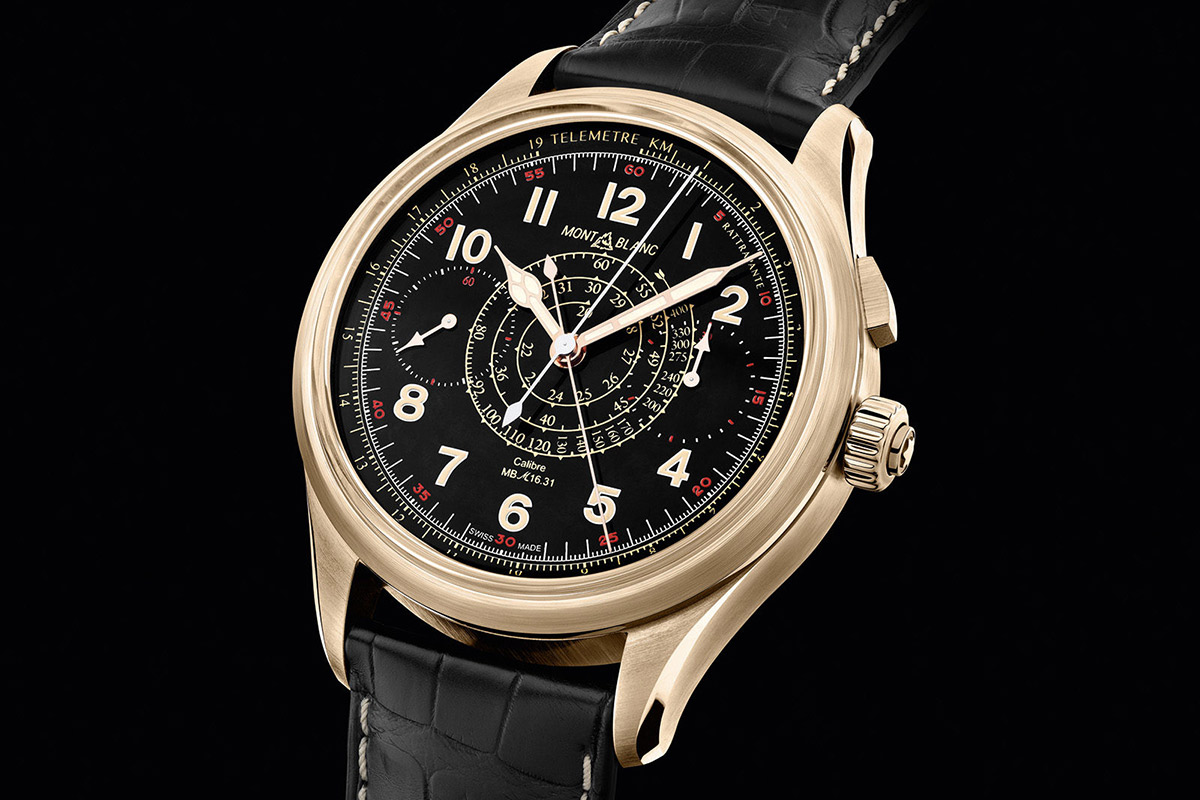 When Montblanc first started to do serious watches, they didn’t faff about with building a shiny new workshop or setting up deals with other watchmakers – they just went right ahead and bought themselves a manufacture, originally that of 1930s chronograph specialist Minerva. Now Montblanc is going back to those horological roots with their new 1858 Split Second Chronograph Limited Edition.

There’s more than a hint of vintage throwback here; the entire watch proudly wears its retro inspirations on its sleeve, with the old-school Montblanc logo and the proportions of an early military piece. 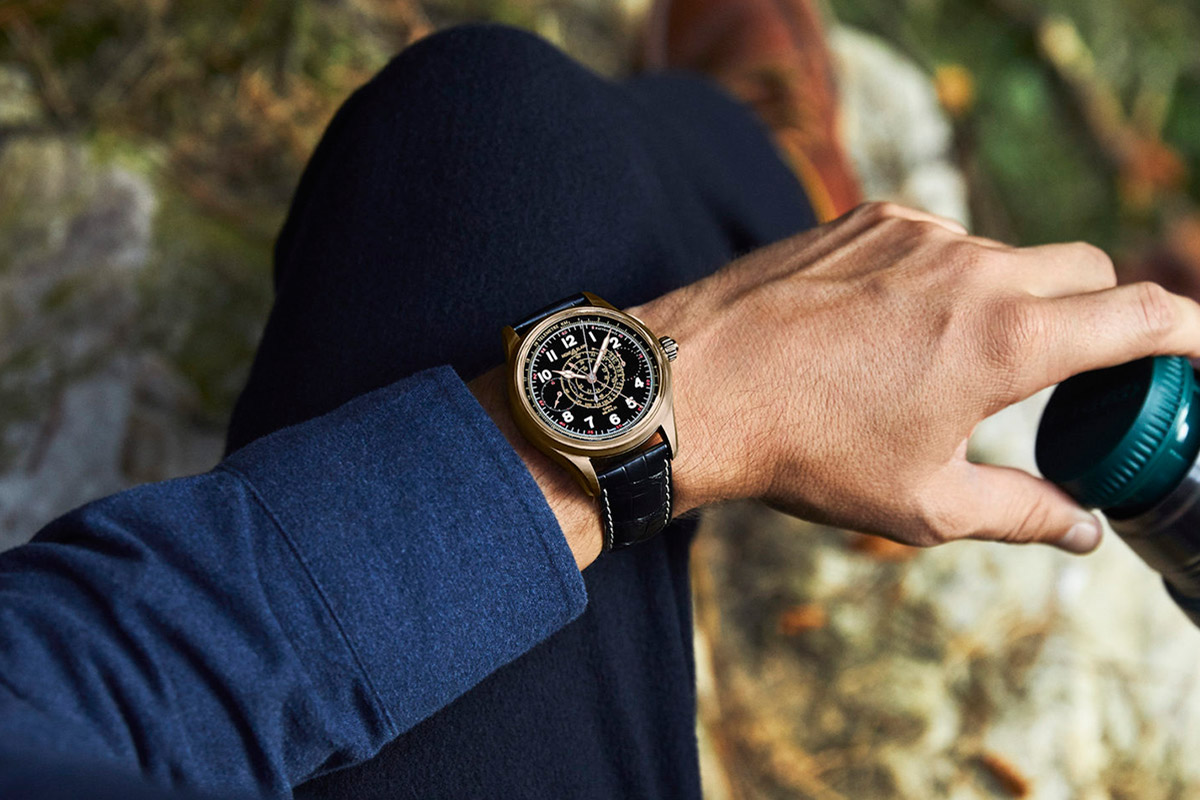 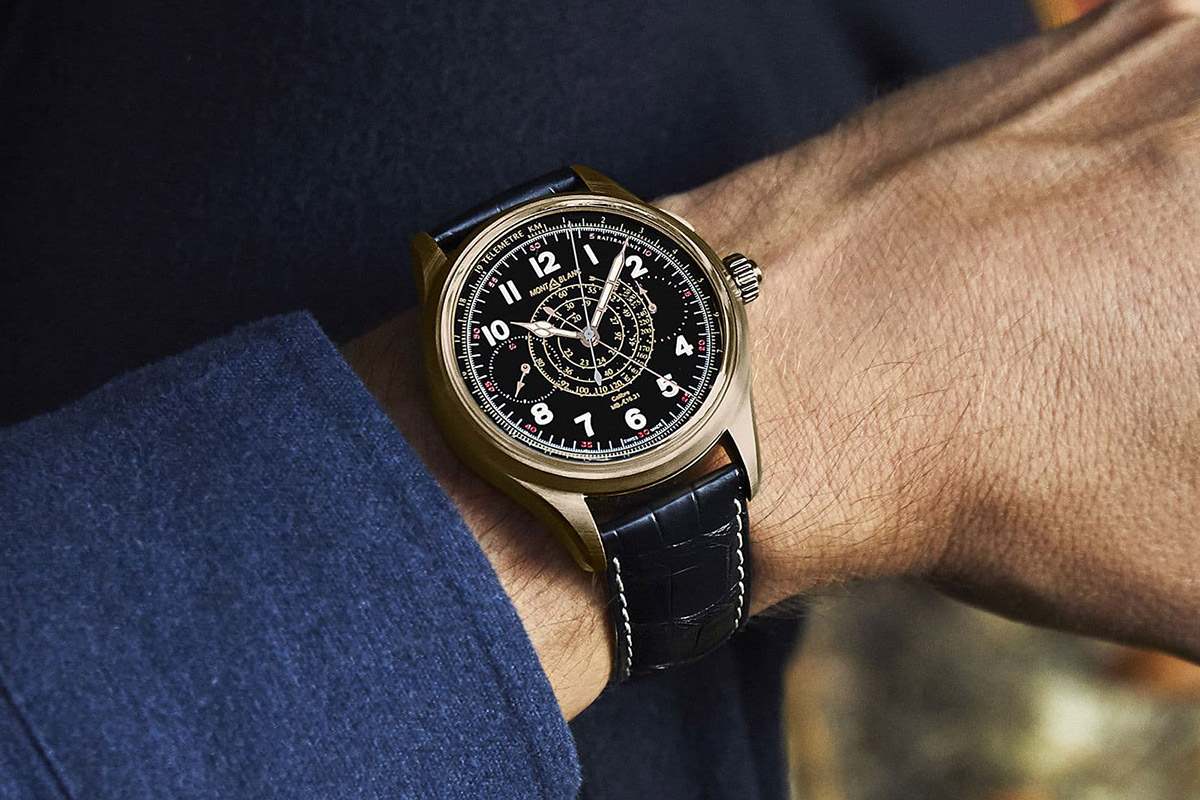 Perhaps the most unusual touch however is the spiral tachymeter scale in the centre of a dial. Because of the shape, it can actually be used to time three-minute intervals rather than a bezel tachymeter’s one. It’s useful, even if it’s perhaps not as easy to read.

Instead though, the bezel is home to a telemeter, used for gauging distance. You start it when you see something – take a flash of lightning as an example – and stop it when you hear the thunder. You can read off precisely how many kilometres away it is at a glance. 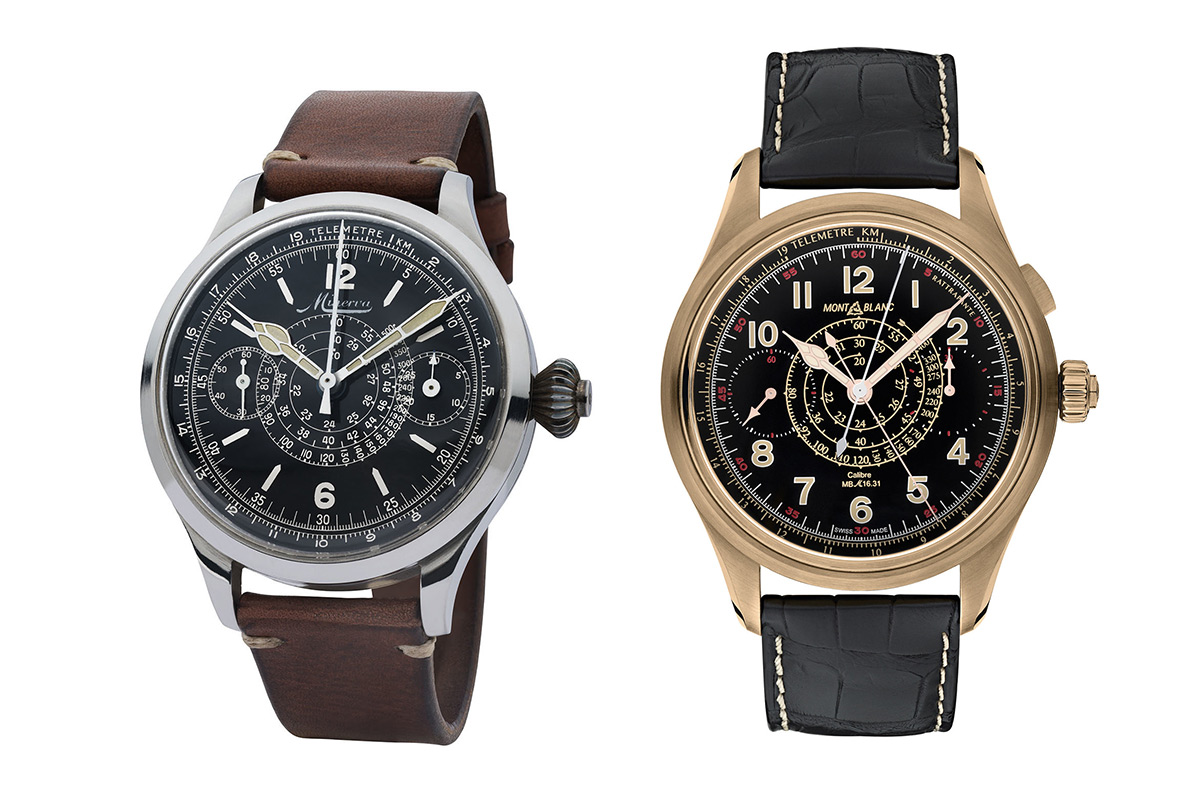 Side by side: The historic Minerva timepiece and Montblanc 1858 Split Second Chronograph

Obviously both functions only work with a chronograph function and the one here is more than just serviceable. The calibre MB M16.31 is a fantastic split-seconds chronograph movement, with a few similarities to the 1930s Minerva pieces the 1858 is aping. It’s nicely decorated and has a 50 hour power reserve, so ticks every box.

All of that is packed into a 44mm bronze case, big for Montblanc but in their new favourite material of the season, judging by their SIHH collection. The future patina will hopefully enhance its vintage charm and even clean the colour works perfectly with he black lacquered dial and cream and red numerals. 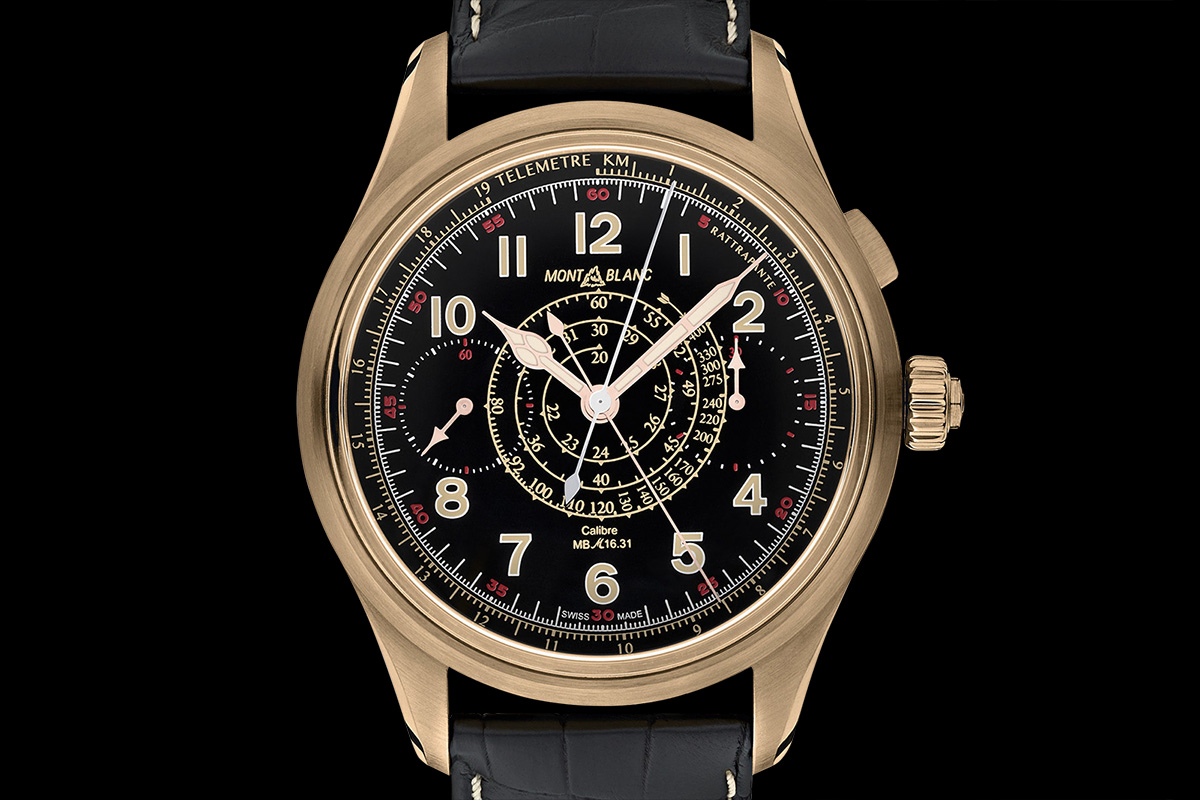 Really the only downside is that they’re not kidding about being a limited edition. Only 100 of the 1858 Split Second Chronograph will be built. Given its stunning looks that not even close to enough.