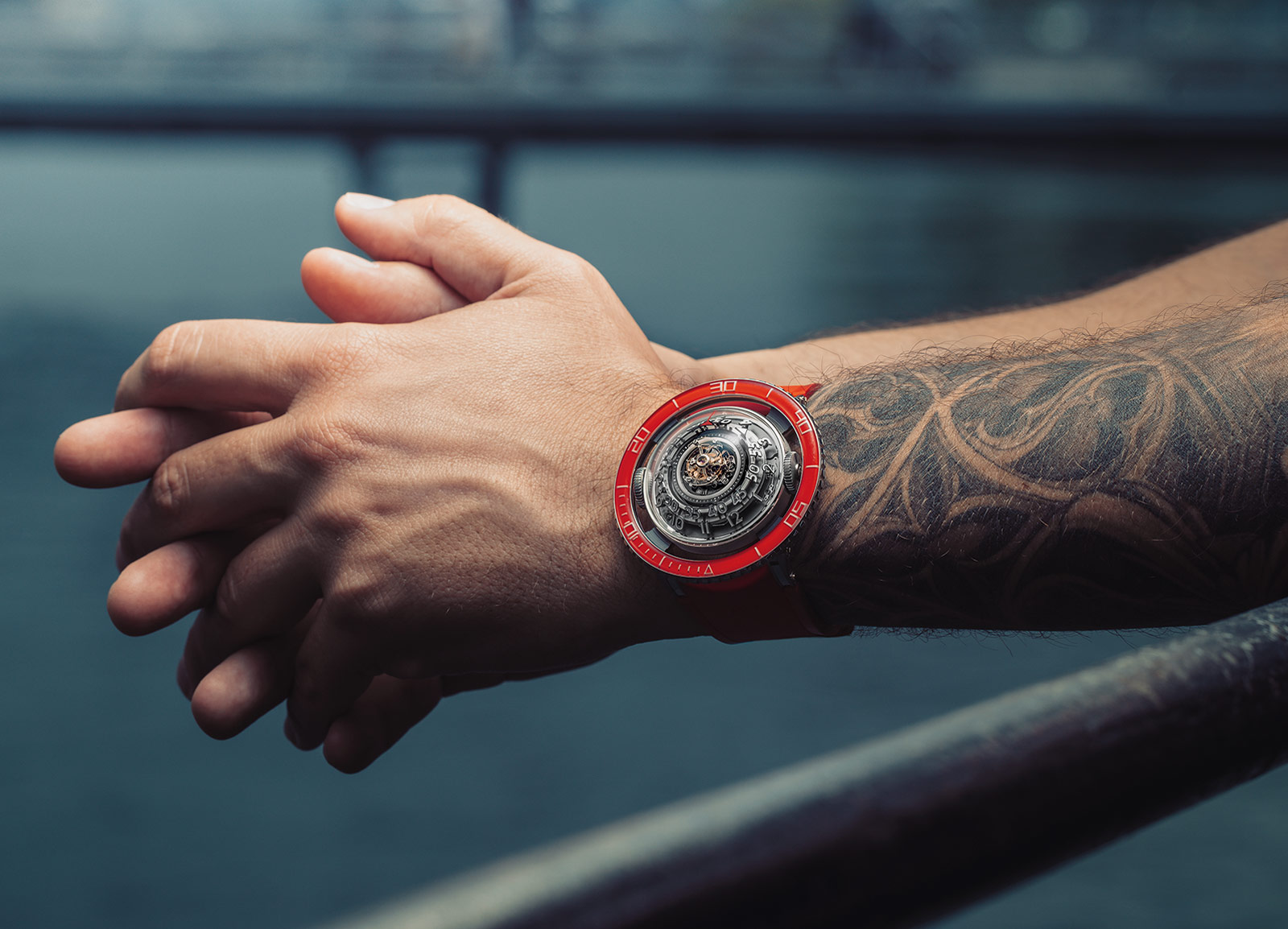 The HM7 Aquapod, MB&F’s answer to a diving watch isn’t your usual submarine watch. It’s jellyfish-inspired shape, its bright ring of lume, the tourbillon floating just above the surface of the domed sapphire crystal, there’s nothing quite like it. Now however the deep-dwelling timepiece is taking on the allure of buried treasure with the Horological Machine No.7 Platinum Red.

It’s amazing what a palette swap can do for a watch. Rather than the more practical metals of the past, the unique shade of platinum gives the whole piece a more precious feel, while vivid red replaces the eerie green and blue rings used previously. 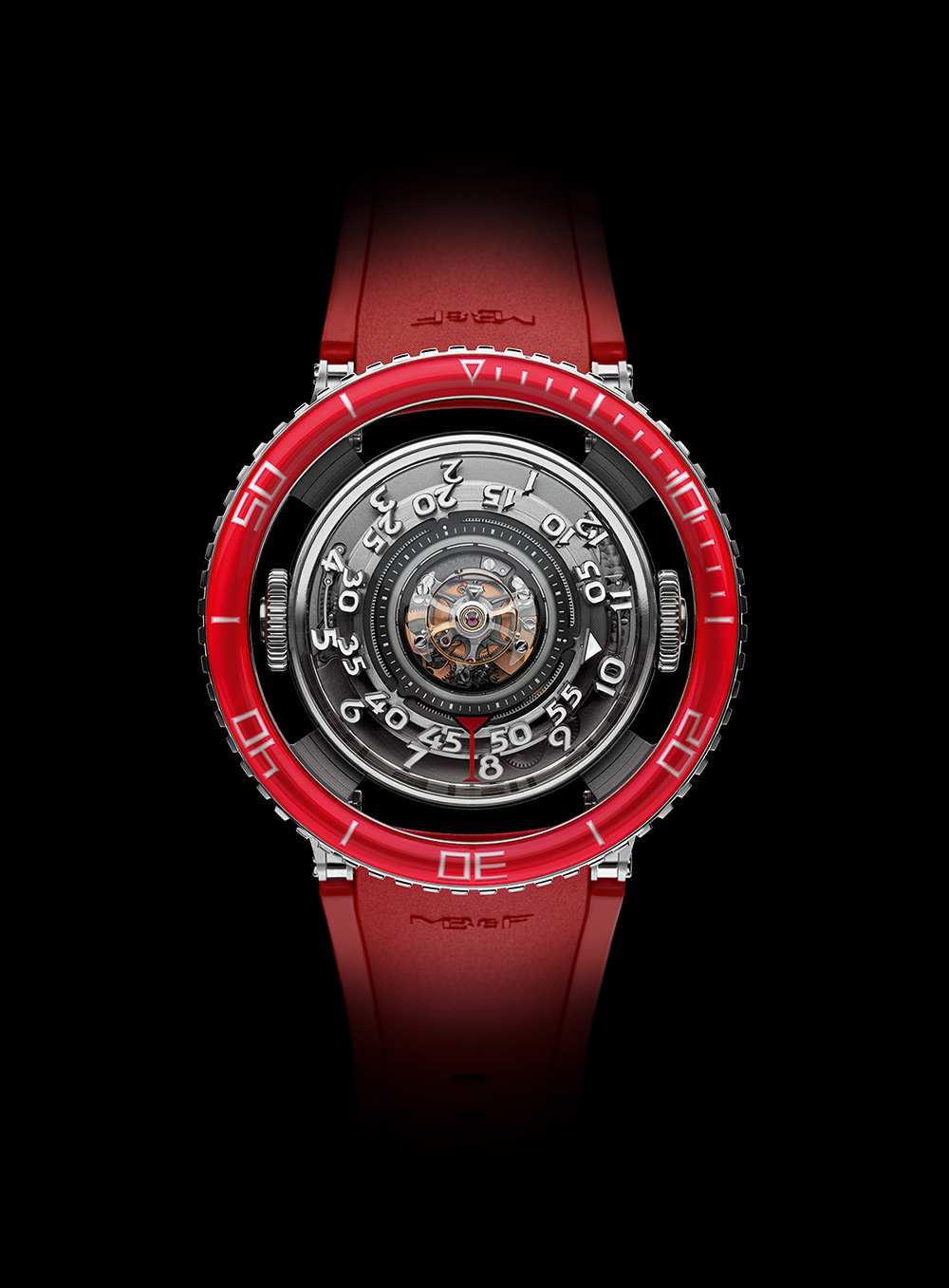 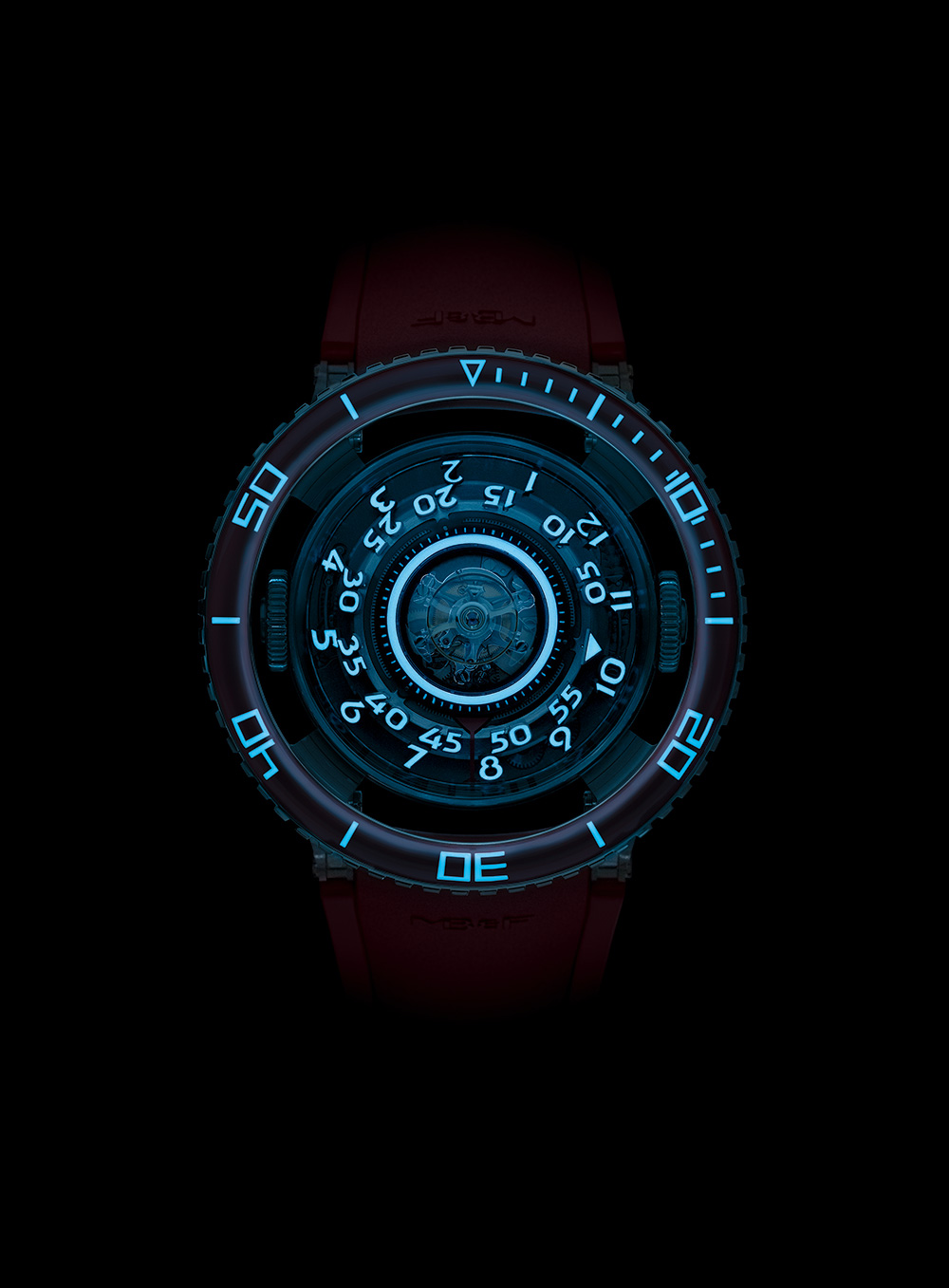 It’s a hell of a facelift, utterly transforming the dark Aquapod into something a great deal brighter, but that’s not all there is to the new watch. Where previously the HM7 relied on rotating rings and transferred numerals to tell the time, this edition relies on floating titanium numerals. 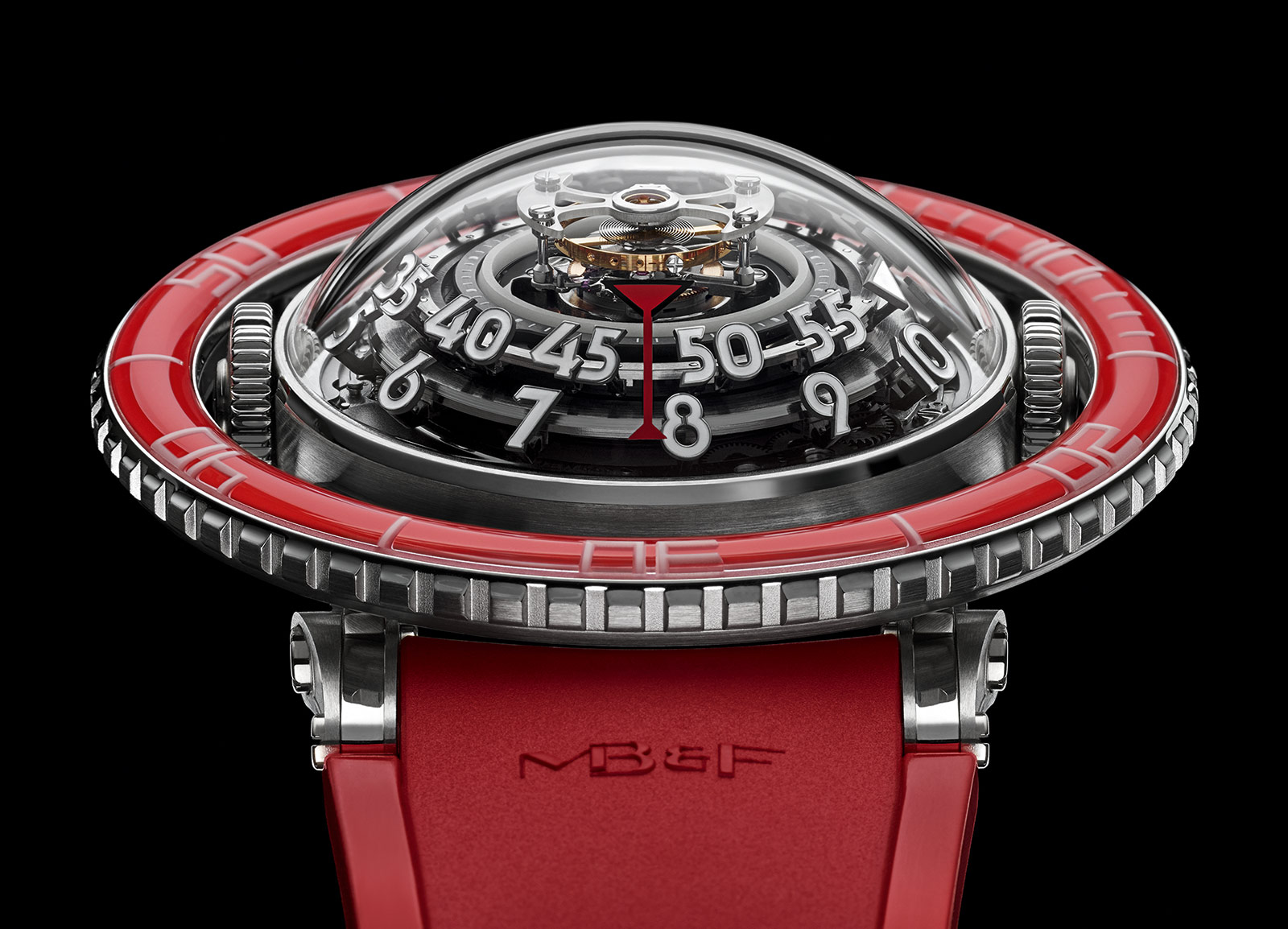 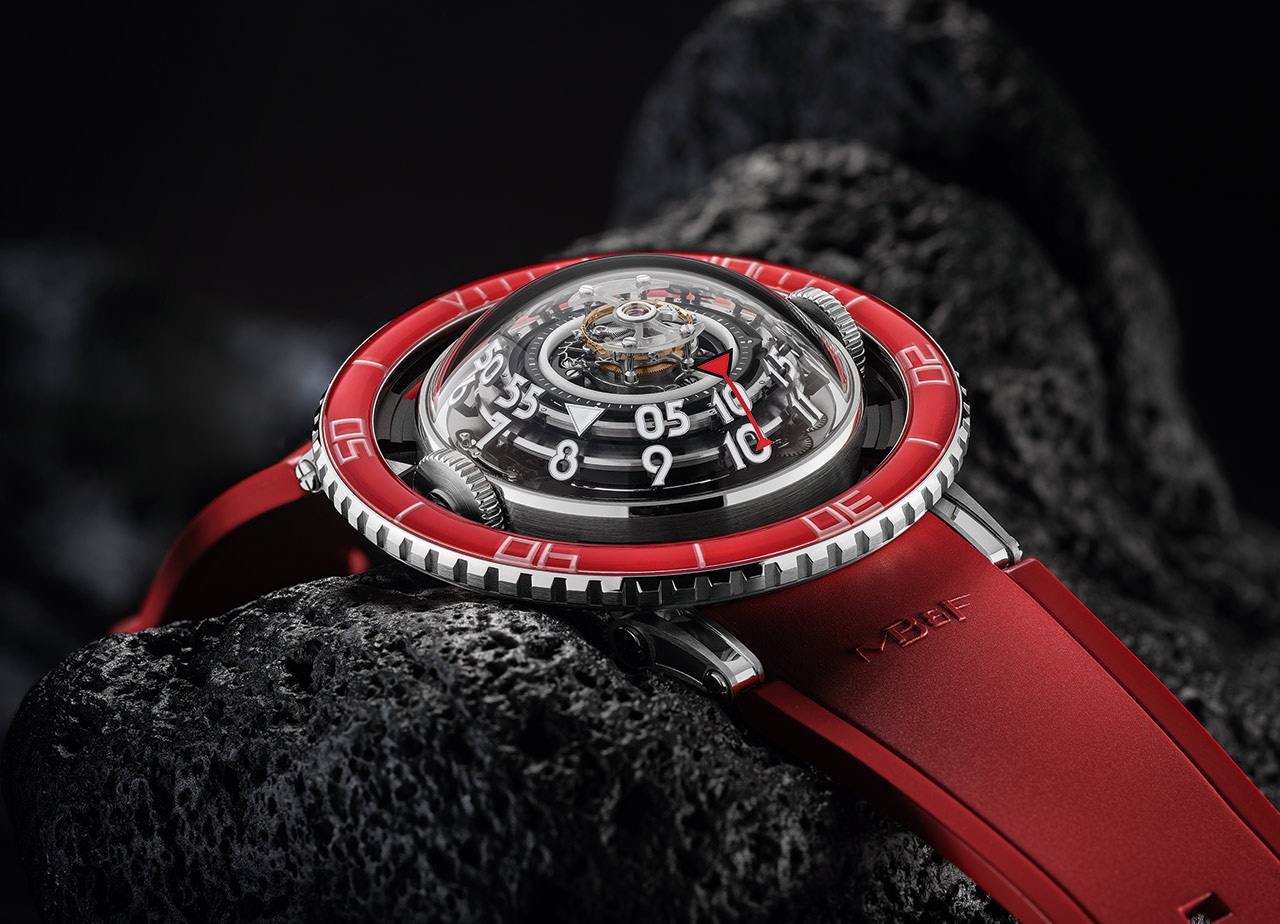 The final differential flourish is perhaps the coolest: the tourbillon bridge. The tourbillon has always been a focal point of the Aquapod in the same way it has always been in the Legacy Machine. Here though, the battle axe bridge has been replaced with one made of sapphire crystal; it’s then highlighted with a dose of high-luminosity AGT to complete the ethereal feel of the watch. 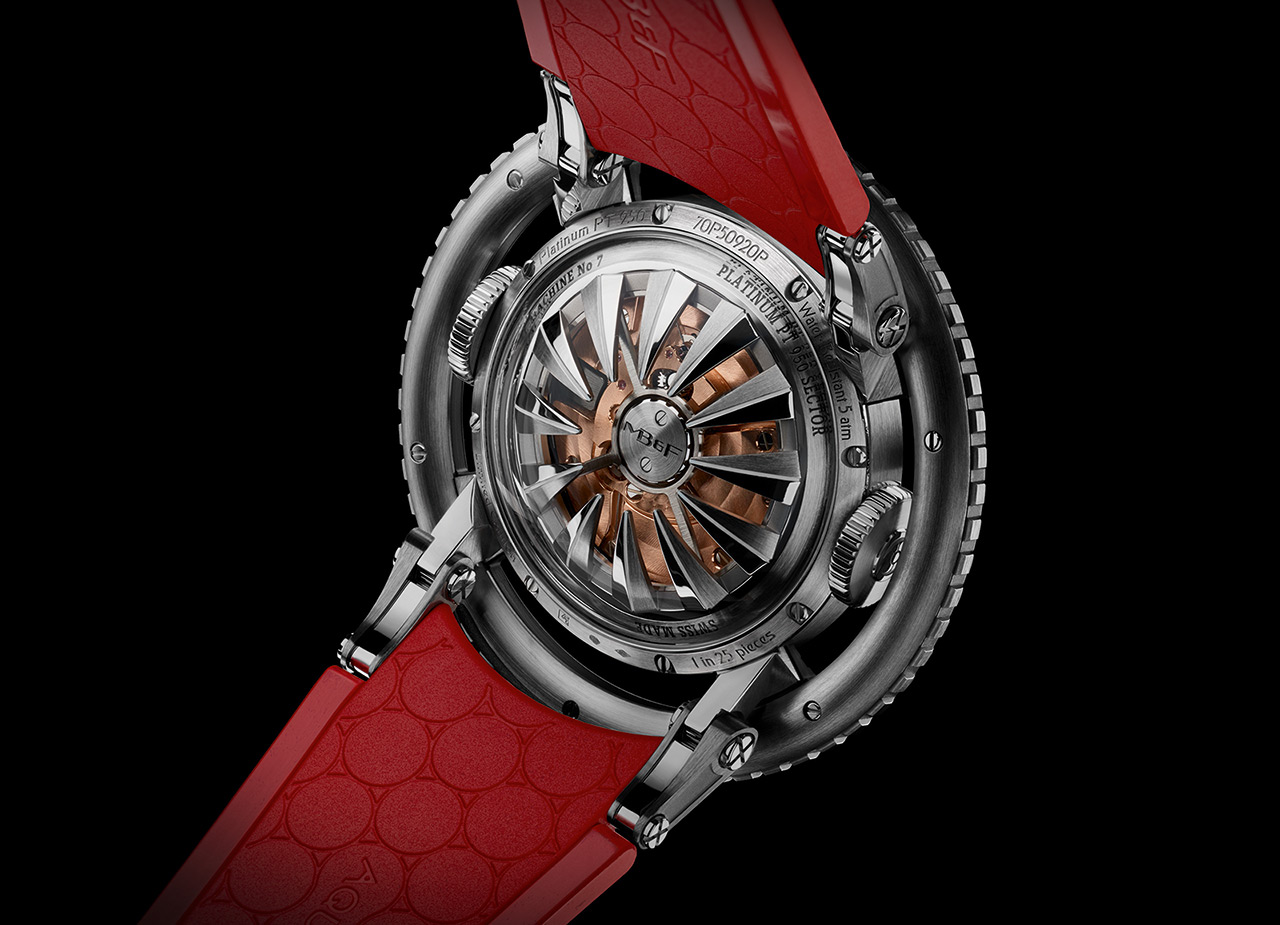 The movement of course is an in-house MB&F creation – nobody else would be crazy enough to attempt it – and it’s the same as all previous Aquapods. Still, the new touches are more than enough to make this an entirely new timepiece.