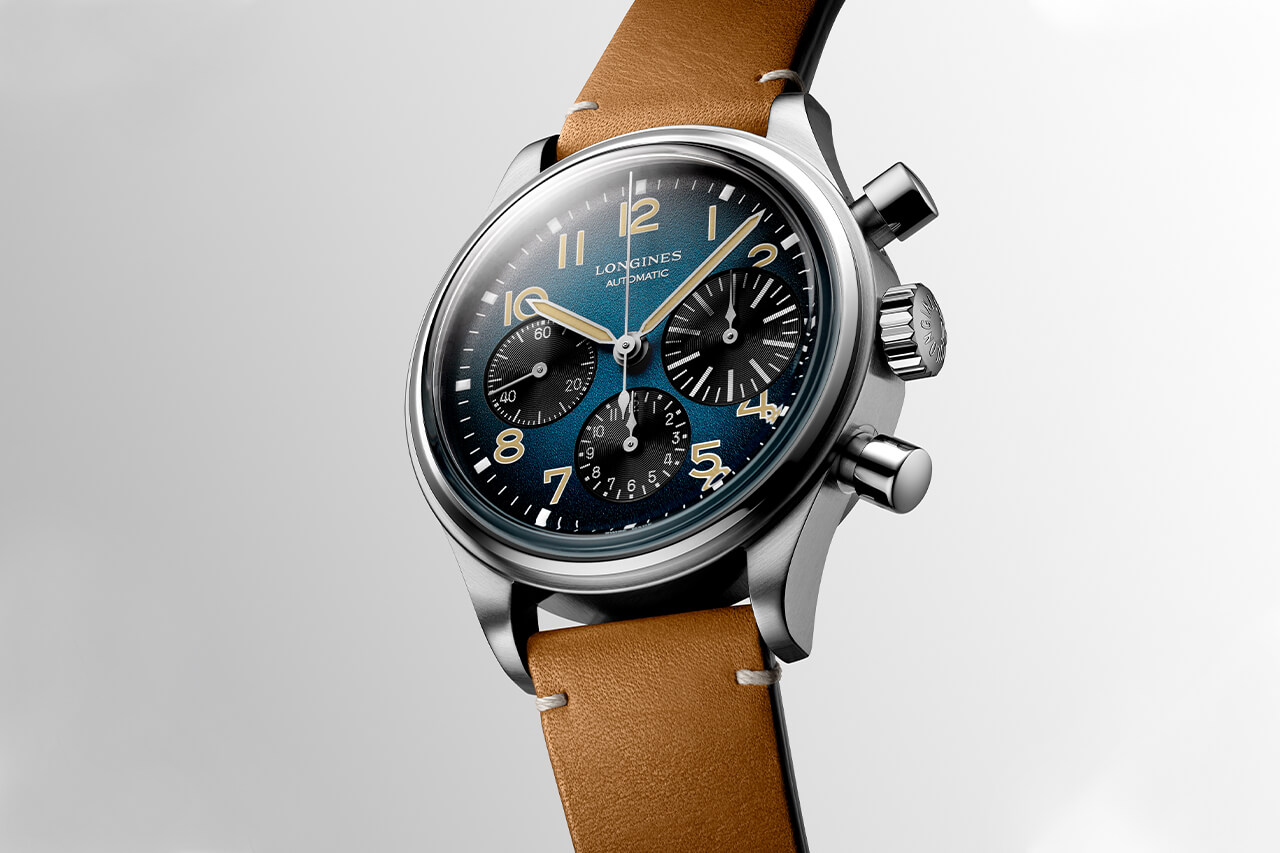 Longines is the go to brand for heritage pilots watches and the Avigation BigEye is no exception, drawing heavily on inspiration from the company’s aviation past. They often use historical references and they have some great options to pull from – you can’t deny that supplying Amelia Earhart with the timepiece she wore on her iconic Atlantic crossings isn’t impressive. However, the precise historical origins of the BigEye design are something of a mystery, although it’s huge success since 2017 means that we are presented with this reissue with a new blue dial and titanium case.

First, let’s delve into the mystery of the BigEye a little more. The reference model that Longines used for the BigEye is a unique 1930s chronograph that was presented to the Longines museum by a collector. The remarkable thing being that the company had no records of ever making the chronograph, which features the over-sized 30-minute timer that gives the BigEye its name. No one is sure if the original was a custom piece, a prototype or anything else, yet the design was so interesting that in 2017 Longines released the Avigation BigEye and it was immediately popular. 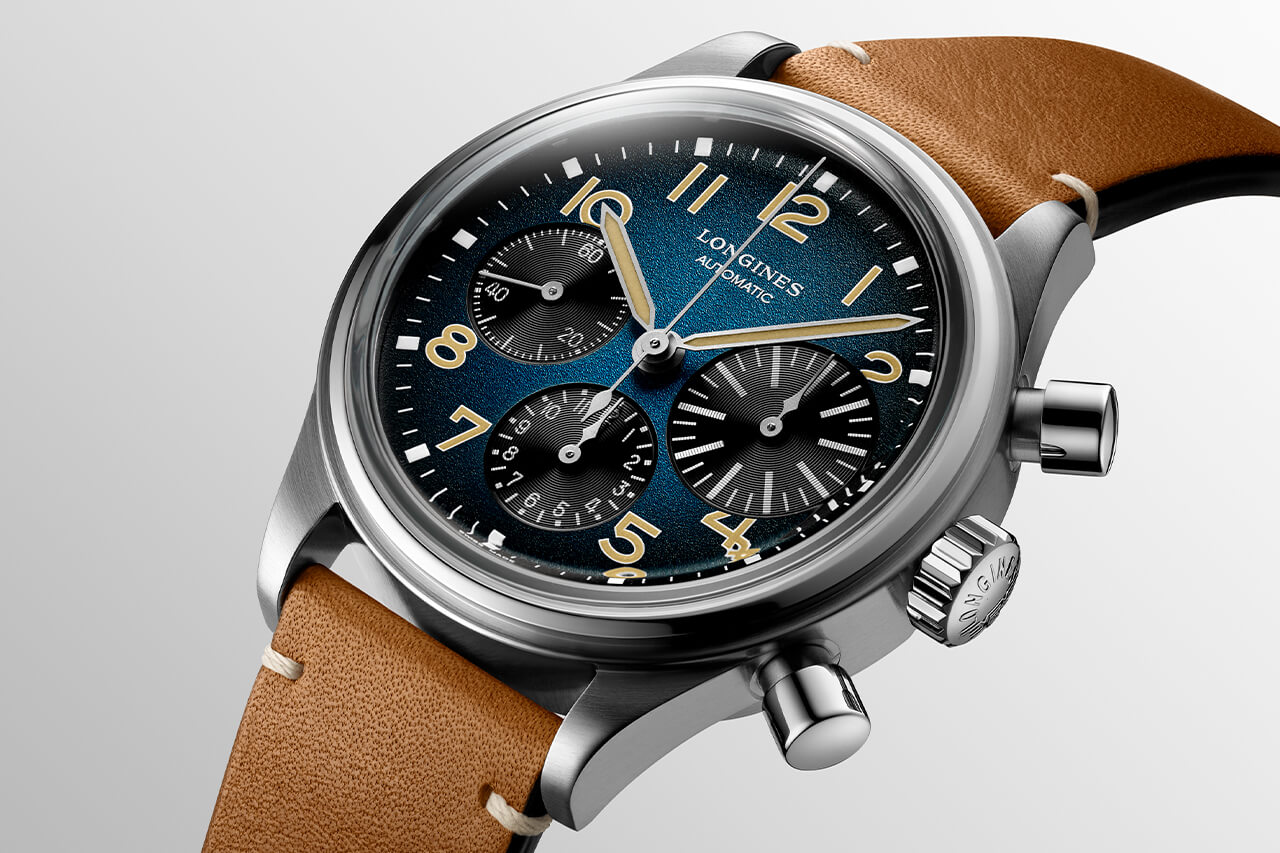 At a simple mechanical level, the design makes sense. The large minute timer creates excellent legibility for a pilot and the military case design with flat coin-edge bezel and over-size pushers and crown add a distinctly vintage feel of around the WWII period. The new version of the watch presents that case in grade 5 titanium; far more scratch resistant than the previous stainless steel and lighter as well, which is important in a 41mm diameter watch. 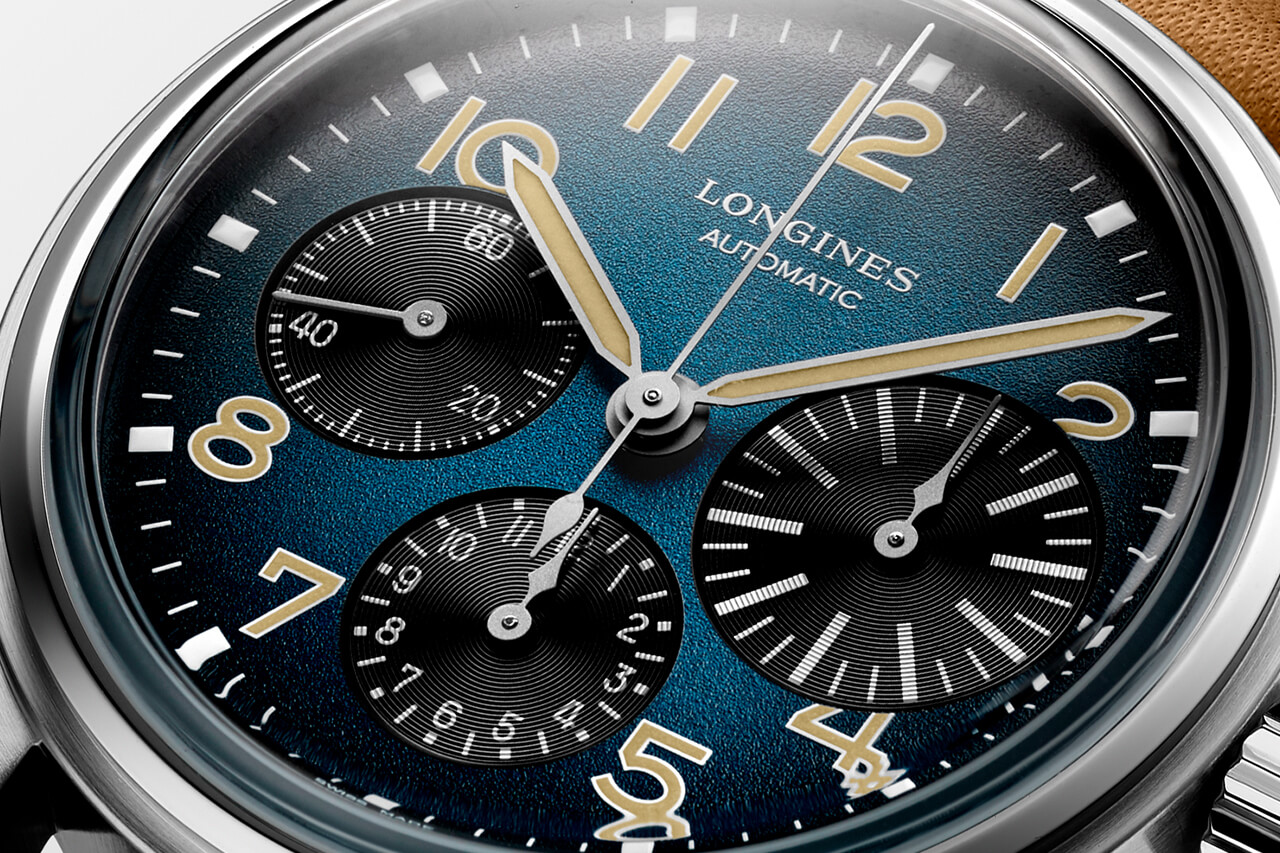 If the case and structure of the Avigation BigEye are predominantly historically accurate, the dial is not. The blue, which Longines describe as having a petrol-like quality, is purely an aesthetic addition to the new piece.

The fade effect, darkening at the periphery of the dial is very nice and it has a far more granular texture than the plain black version making it feel more rugged and weathered. That quasi-weathering is mirrored by the choice of cream lume on the hands and Arabic numerals for a faded vintage flair. 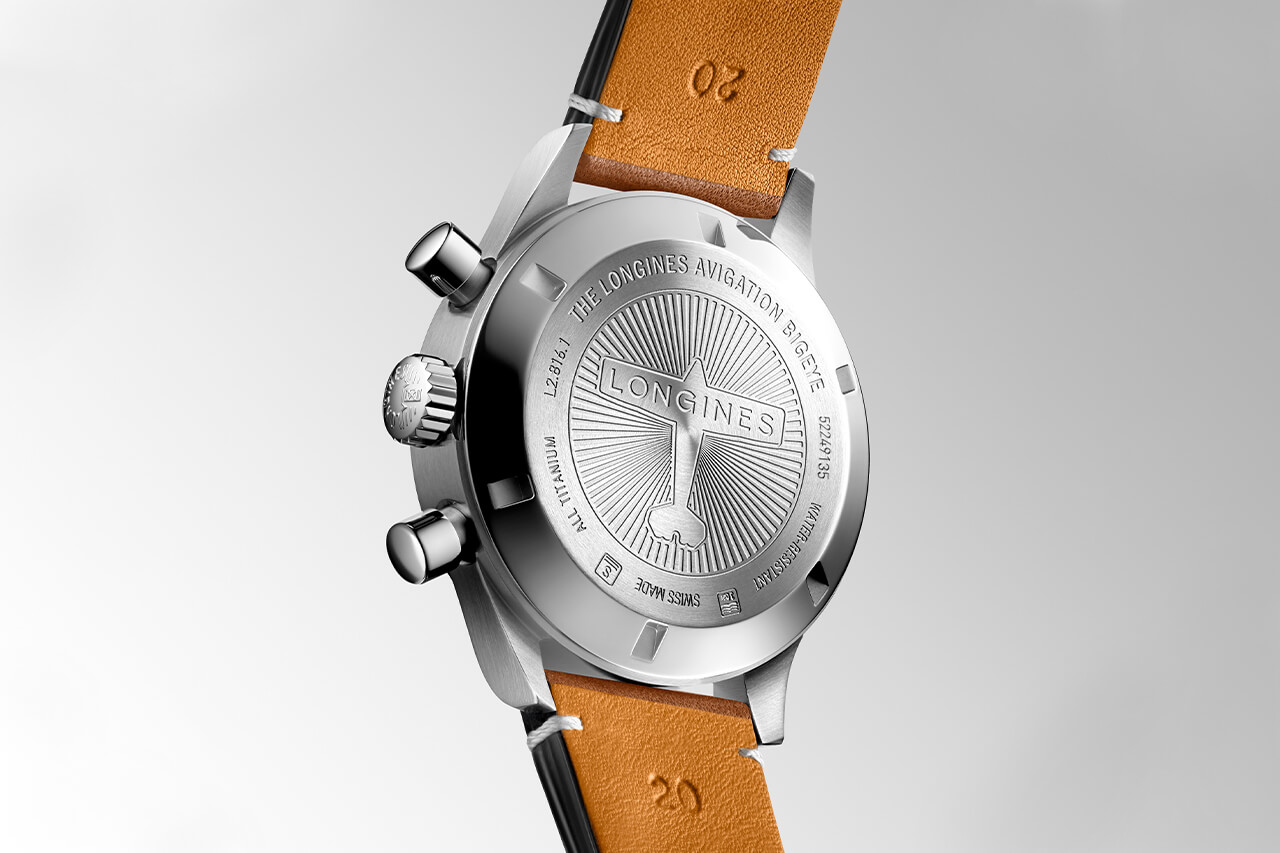 Operating the chronograph, with its concentric patterned subdials, is a staple of Longines movements: the L688. While it’s pretty standard fare by now, it has had a small touch up with a column wheel for smoother operation and a silicon balance spring for increased resistance to magnetic fields.

Ultimately, this is a quality of life update on a model that has had more success than anticipated, despite its questionable providence and relatively simple design. The new titanium case is an undoubted improvement, as is the technical tweaks to the calibre and the new dial looks great without losing too much vintage flair. It isn’t necessarily an outstanding piece but at £2,970 and with its own intriguing history, it’s worth a consideration.