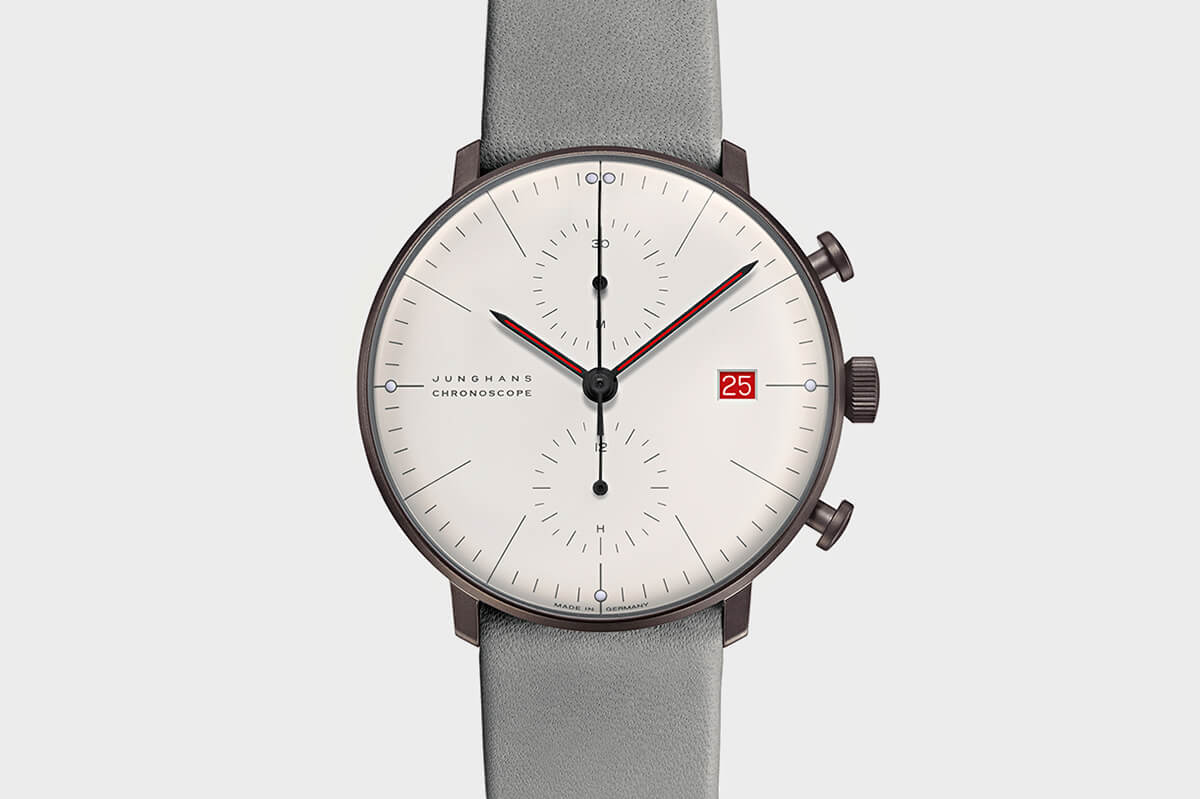 Form follows function, at least according to Bauhaus, the German design school that became one of the definitive aesthetic movements of the 20th century. 100 years on its presence can still be seen in everything from architecture to furniture to, in the case of the Junghans Max Bill Chronoscope 100 Jahren Bauhaus, watches.

Junghans is already in deep with Bauhaus; Max Bill, one of the greatest exponents of the movement and a prolific artist and designer was behind the creation of some early Junghans timepieces and his influence has never gone away. What better piece to commemorate 100 years of Bauhaus then than his eponymous watch?

This special edition of the Chronoscope doesn’t make all that many changes to the standard design. Not that there’s all that many changes that can be made; the nature of Bauhaus is one of functional minimalism, meaning it’s stripped back to basics in an eye-pleasing way. That said, there are a few elements that make the 100 Jahre edition striking.

The most obvious one is the red. The famous Dessau school of Bauhaus used the colour as one of its most well-known accents and here it’s been applied to both the hands and the date window. Paired with the 40mm grey anthracite case and lighter strap in concrete-coloured calf leather, the whole watch evokes Bauhaus home turf.

As a chronograph the Max Bill Chronoscope stands apart from the rest. Thanks to the incredibly well thought-out dial, it’s about as clear and uncluttered as one can be, using circles of razor-thin indexes in lieu of numbers. It’s stark, striking and timeless – just like Bauhaus.

Things get a little bit more ornate on the back of the watch, where Junghans has engraved a picture of the Dessau school, complete with its bright red door. The building’s windows are actually transparent, giving a partial view of the movement inside. Sure it’s not a strict adherence to the form over function ideals of the school, but we’re more than happy to give it a hall pass just this once. It’s a great touch. 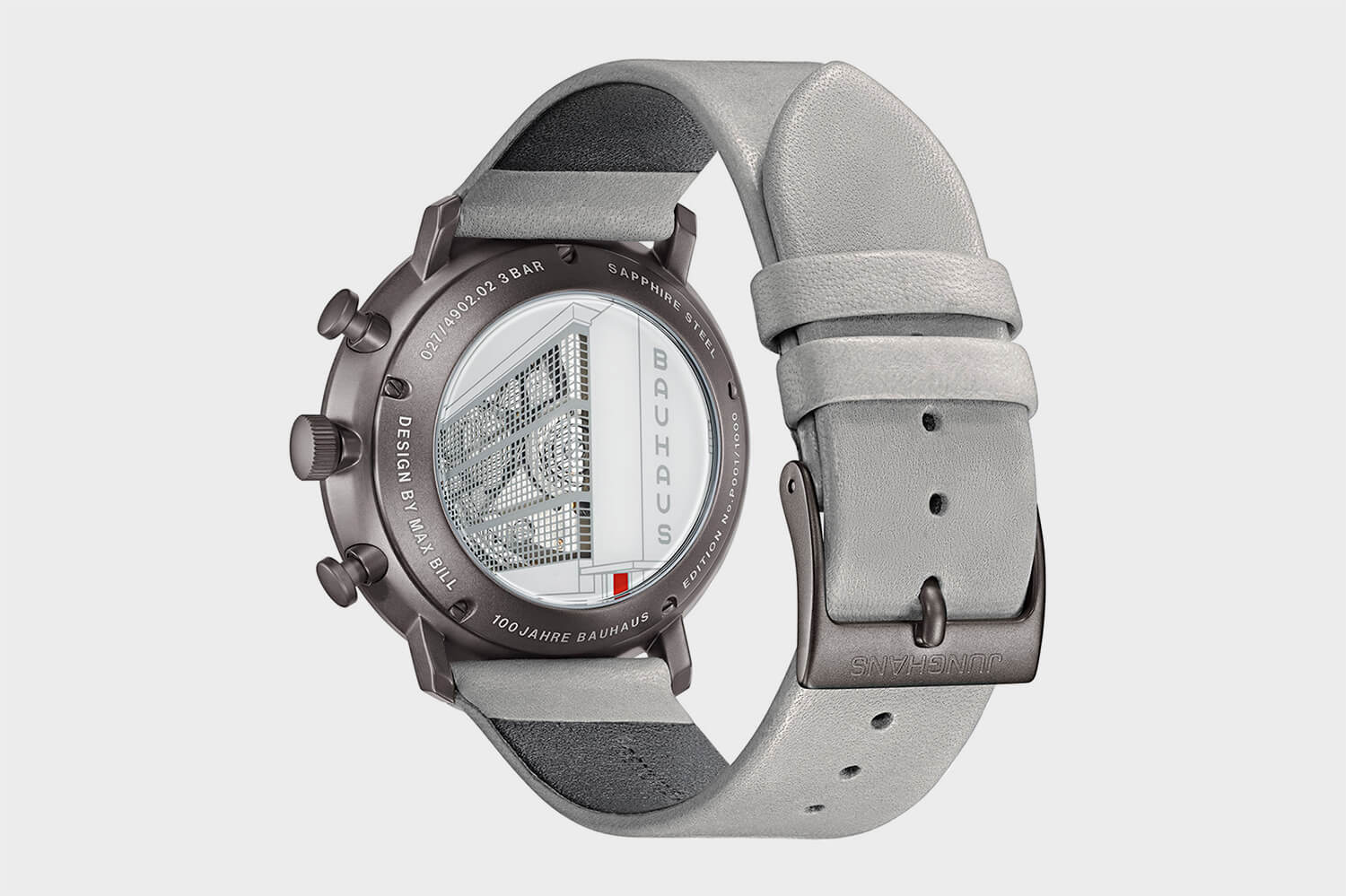 In case you were wondering, the movement you can kind of almost just about see is the J880.2 calibre, essentially a modified ETA, complete with a 48 hour power reserve. It’s functional and inexpensive while still maintaining a good amount of reliability, perfect for this watch.

This may be the latest in a line of Bauhaus limited editions from Junghans to celebrate the 100th anniversary – and it may not be the strictest adherent to the school’s design codes – but as far as we’re concerned it’s the best one yet. It’s limited to 1,000 piece worldwide, so there’s really no reason not to get a little extra design flair in your life. Or on your wrist, at least.