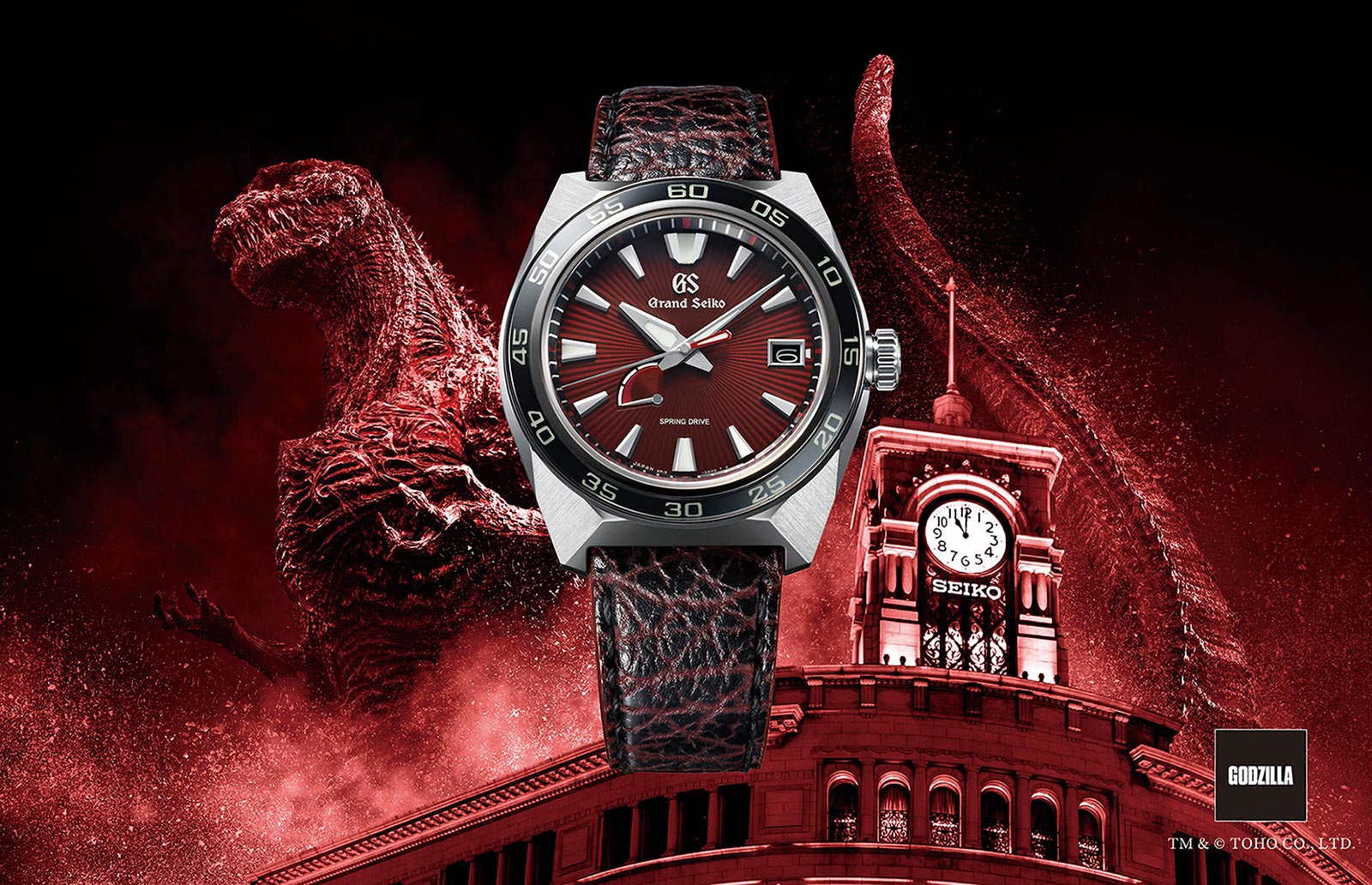 Godzilla, the big, radioactive king of the monsters with a penchant for stomping on Tokyo, turns 65 this year. Hollywood may have attempted to revive him alongside Kong for the Western World but in his home country, Gojira is an iconic force of nature, even if there is a fair bit of collateral damage every time Mothra pops up – and, like any good Japanese icon, his anniversary is being celebrated by Seiko.

Back in 1954 when Godzilla first stomped his foam foot down on Japan, it landed in Ginza, the birthplace of Seiko. The first structural victim? Seiko’s famous clocktower. Rather than suffering from titan-induced PTSD however, Seiko are honouring the destruction in the Grand Seiko Godzilla 65th Anniversary Limited Edition SBGA405. 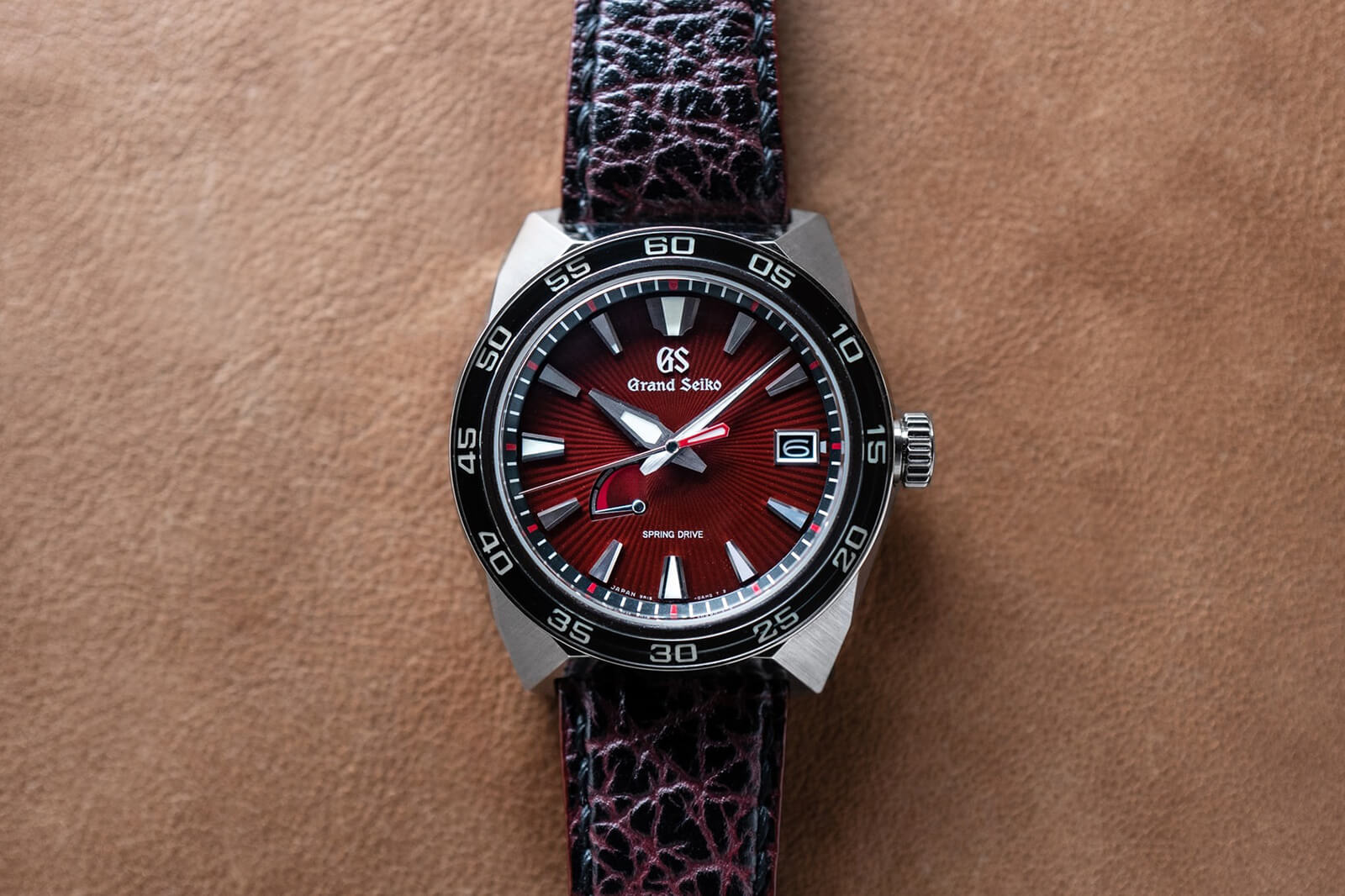 The watch of choice here is, fittingly, one of Grand Seiko’s sport pieces, with its impressive, angular 44.5mm high-intensity titanium case. It’s not exactly organic-looking, but is certainly on par with a city-high giant in size. At the centre of it is the phenomenal Spring Drive 9R15 movement, almost as iconic in watchmaking circles as Godzilla is to film.

You might think alligator green or black a fitting colour for a limited edition based around a gargantuan nuclear lizard, but rather than the his hide Seiko are commemorating his roar – and the heat beam it produces. Hence, the red, sunray dial. It’s matched with a sharkskin strap that’s been retextured into the monster’s skin. 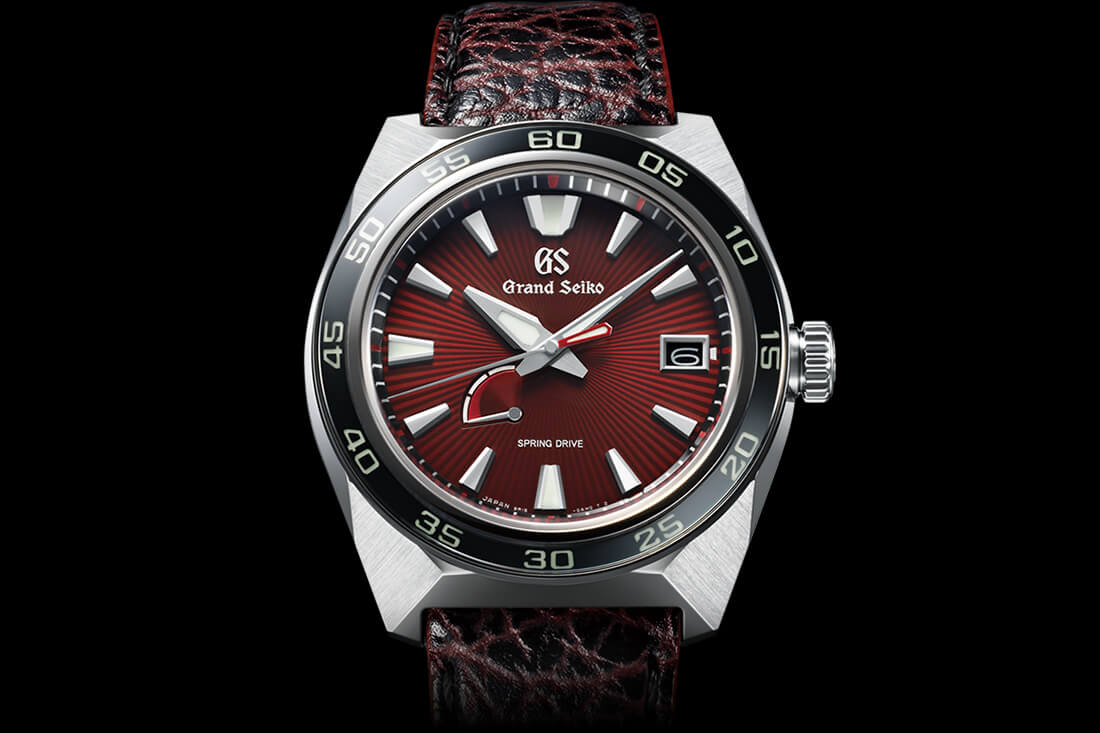 Finally, flip the watch over and you’ll see the most obvious reference to the King of All Monsters: a depiction of Gojira by Shinji Higuchi, the co-director and special effects director of 2016’s Shin Godzilla – known over here as Godzilla: Resurgence. A classic Kaiju film, the Hollywood version is most certainly is not. 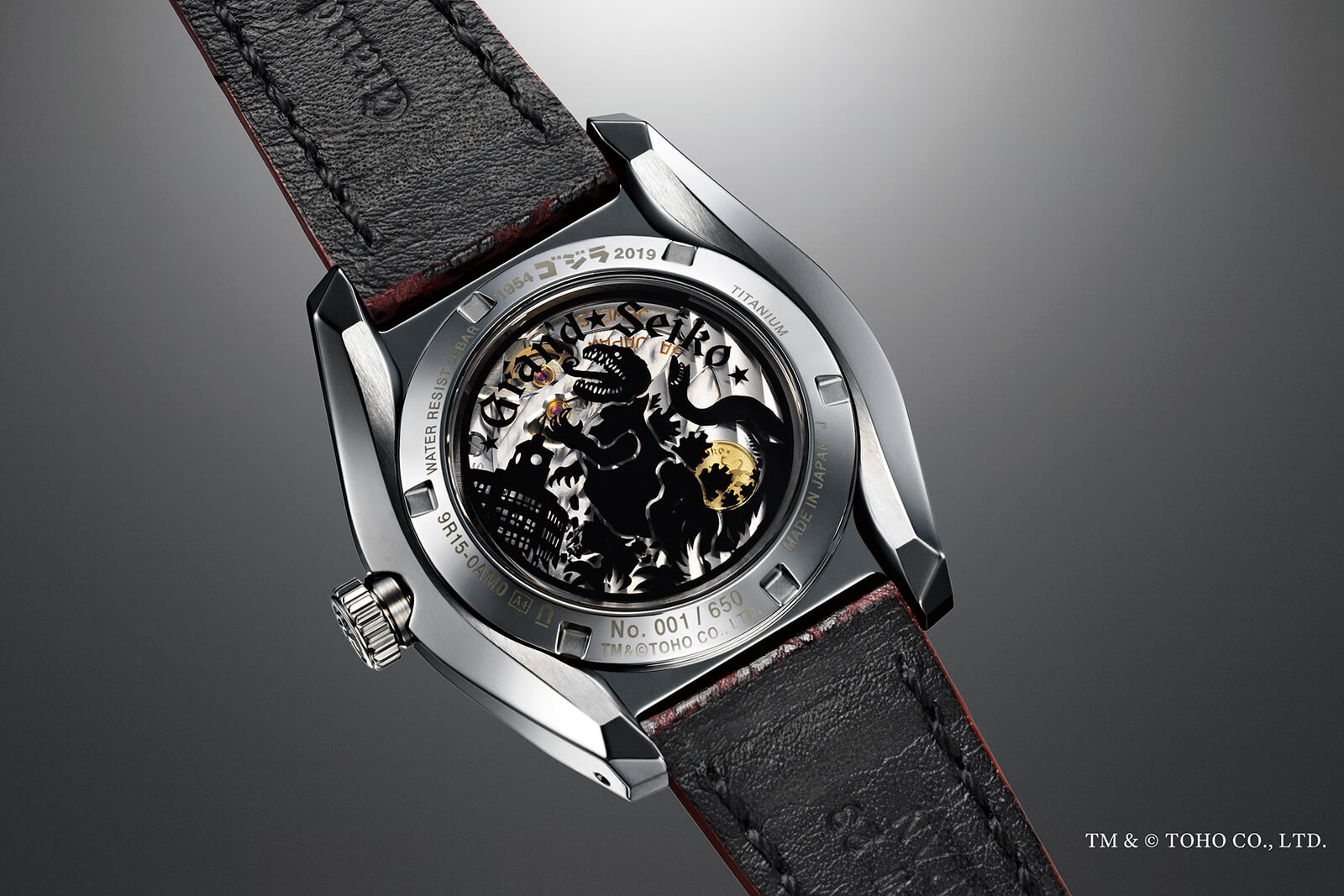 As the man himself says, : “just as the lion is the king of beasts, Godzilla, the king of monsters, would be appropriate for the case back of this Grand Seiko watch. I wanted to create a completely new Godzilla and gave my best to design this in the image of what can be called ‘Grand Godzilla.’”