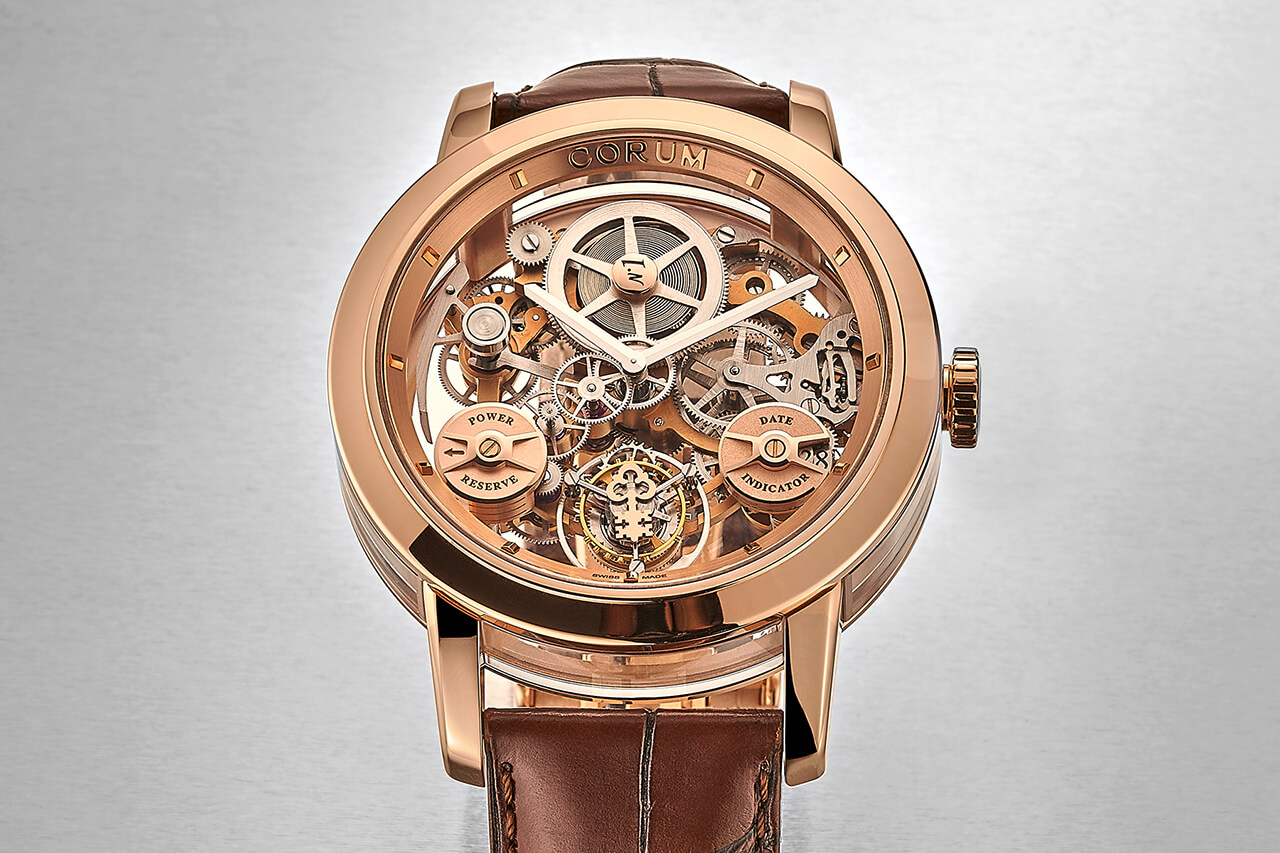 It’s entirely fair to say Corum hasn’t, of late, done much in the way of innovation. For the last few years the brand has seemed to be solely focused on creating the maximum number of outlandish new dial designs for its crowd-pleasing Bubble watch. One year I counted close to 100 on its Baselworld stand.

So, it’s encouraging to see the second edition of Corum’s experimental LAB series going much, much further than the first watch to bear that name. 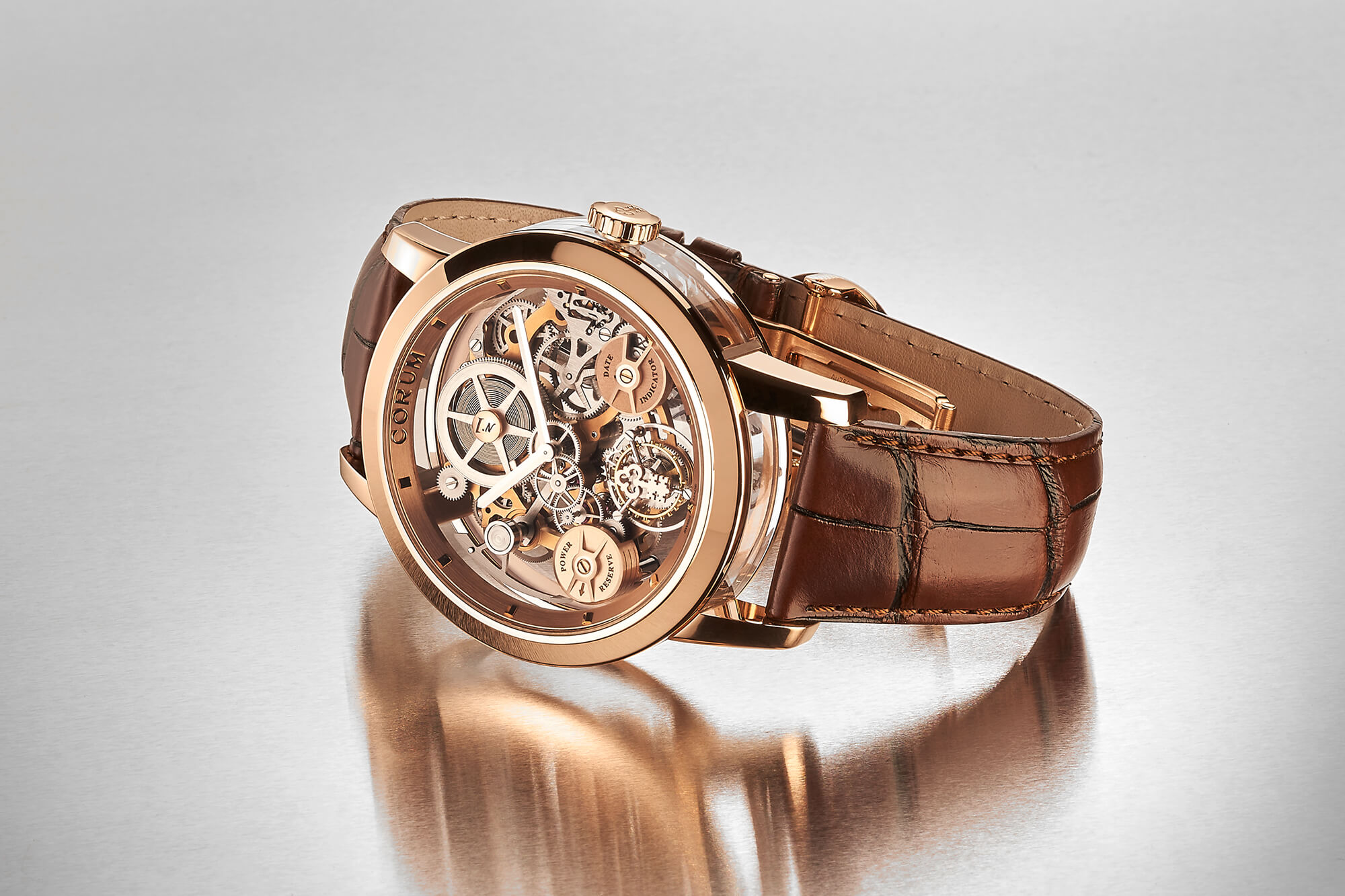 Launched in 2019, the Corum LAB collection (confusingly lumped together with the brand’s Heritage models) was meant to be an outlet for new ideas. Unfortunately, the LAB 01 didn’t exactly stretch the realms of possibility, it was simply a sporty tourneau cased, titanium watch with integrated bracelet and skeleton dial, which led to rather unfavourable comparisons with Richard Mille.

Thankfully the LAB 02 sees Corum step up its game in a big, big way. This is the kind of wildly ambitious watchmaking one might expect from Ulysse Nardin. Corum hasn’t made a play for this kind of horology in as long as I can remember. 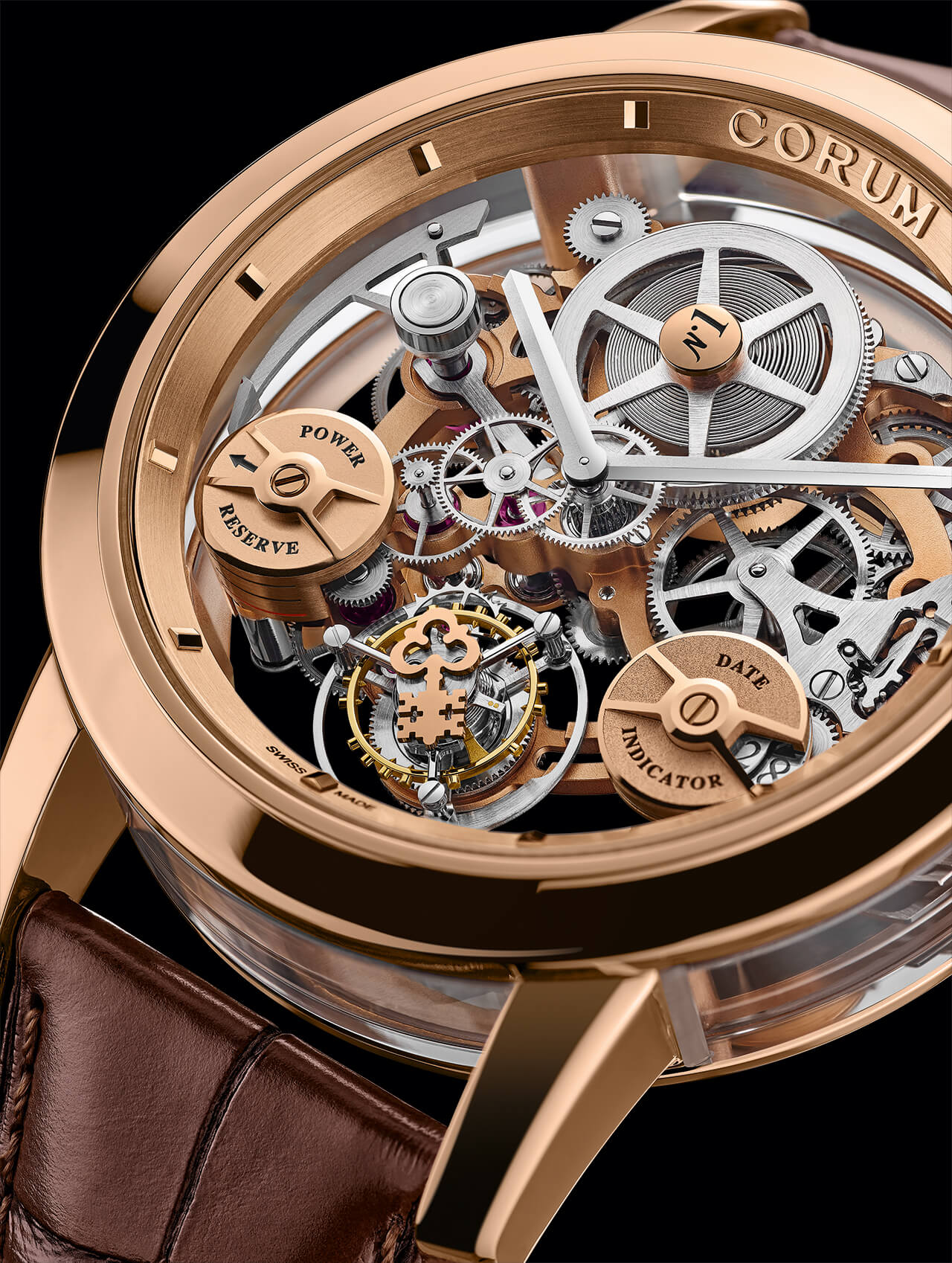 LAB 02 offers not only a flying tourbillon, grand date and power reserve but Corum’s watchmakers have created a flying gear train, seeking to defy the traditional mainplate/gear train/bridge sandwich of Lépine watchmaking to create, well, an open sandwich showing off the going train which is normally buried beneath a bridge. The manually wound 21,600vph CO 300 movement is not entirely bridgeless though, it looks as though the keyless works, which transmit the rotation of the crown to wind the mainspring barrel, is sandwiched between the heavily skeletonised mainplate and a bridge. 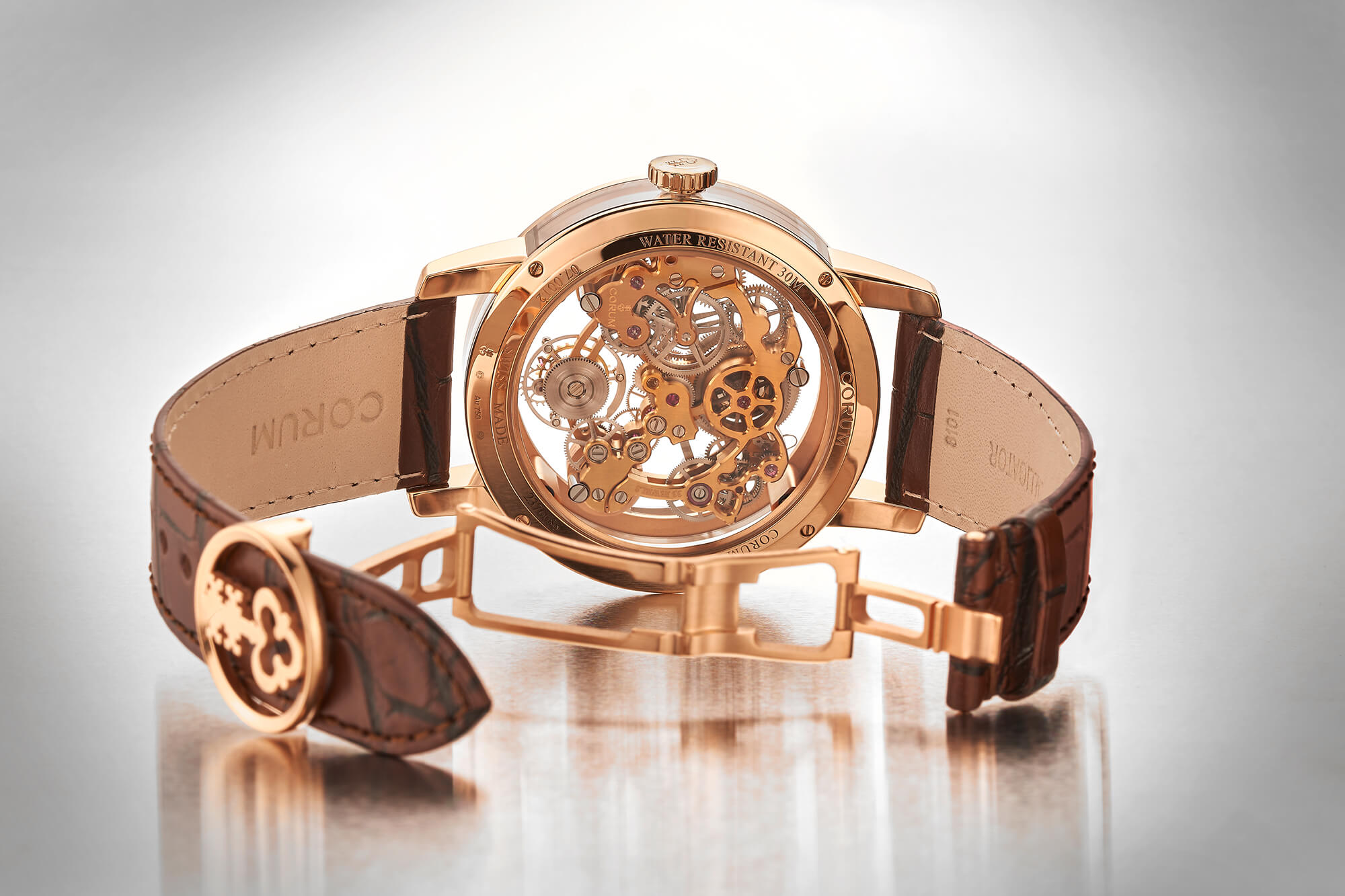 Removing the bridge in this way opens up the movement (which itself is mounted on a sapphire crystal plate) to offer an unhindered view of the inner workings of the mechanical watch, revealing the three-dimensionality of horology that is so often hidden. This is skeletonisation and then some.

The project presented a number of challenges though; train wheels are usually supported by two arbors, front and back, mounted in jewels, the LAB 02 concept demanded one of these be removed, putting far greater strain on the one asked to do all the work. Instead of jewels, Corum’s watchmakers mounted their wheels using ball-bearing for greater strength. 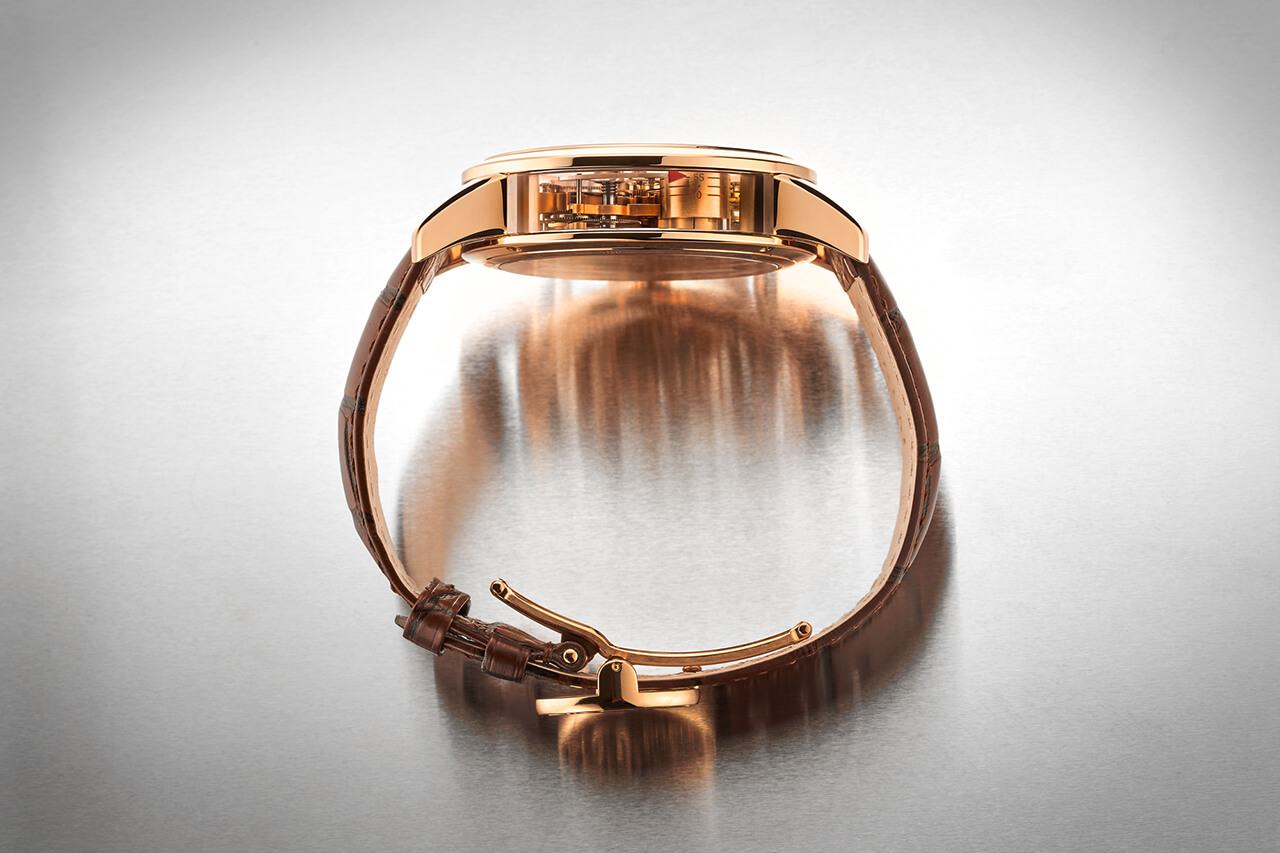 The LAB 02’s 55-hour power reserve can be viewed through the side of the watch at the eight o’clock position thanks to a sapphire crystal caseband while the grand date sits opposite at the four o’clock. Corum are making just ten examples for the LAB 02 with each numbered on the barrel and each completely customisable in terms of choice of gold and gemstones. 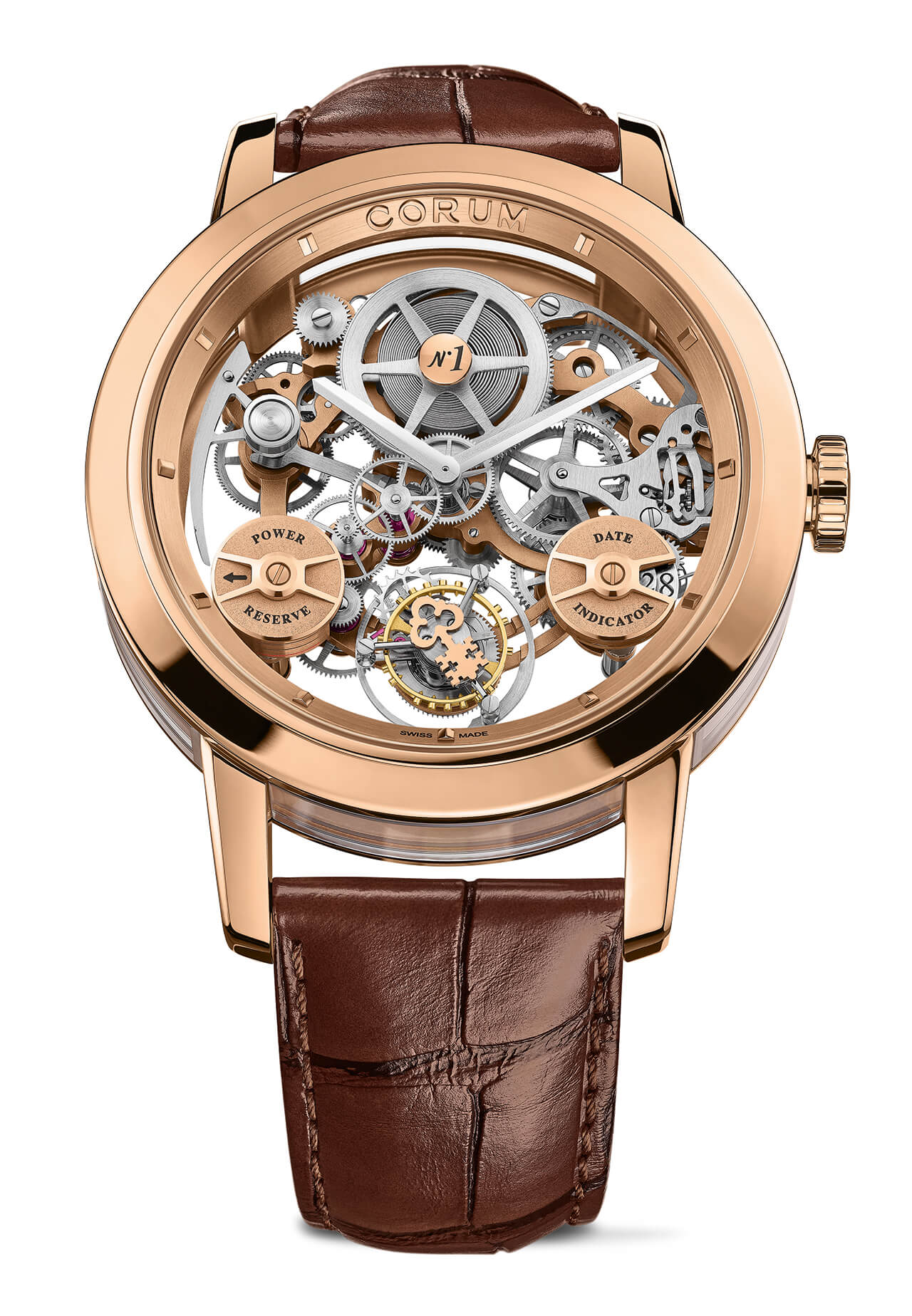