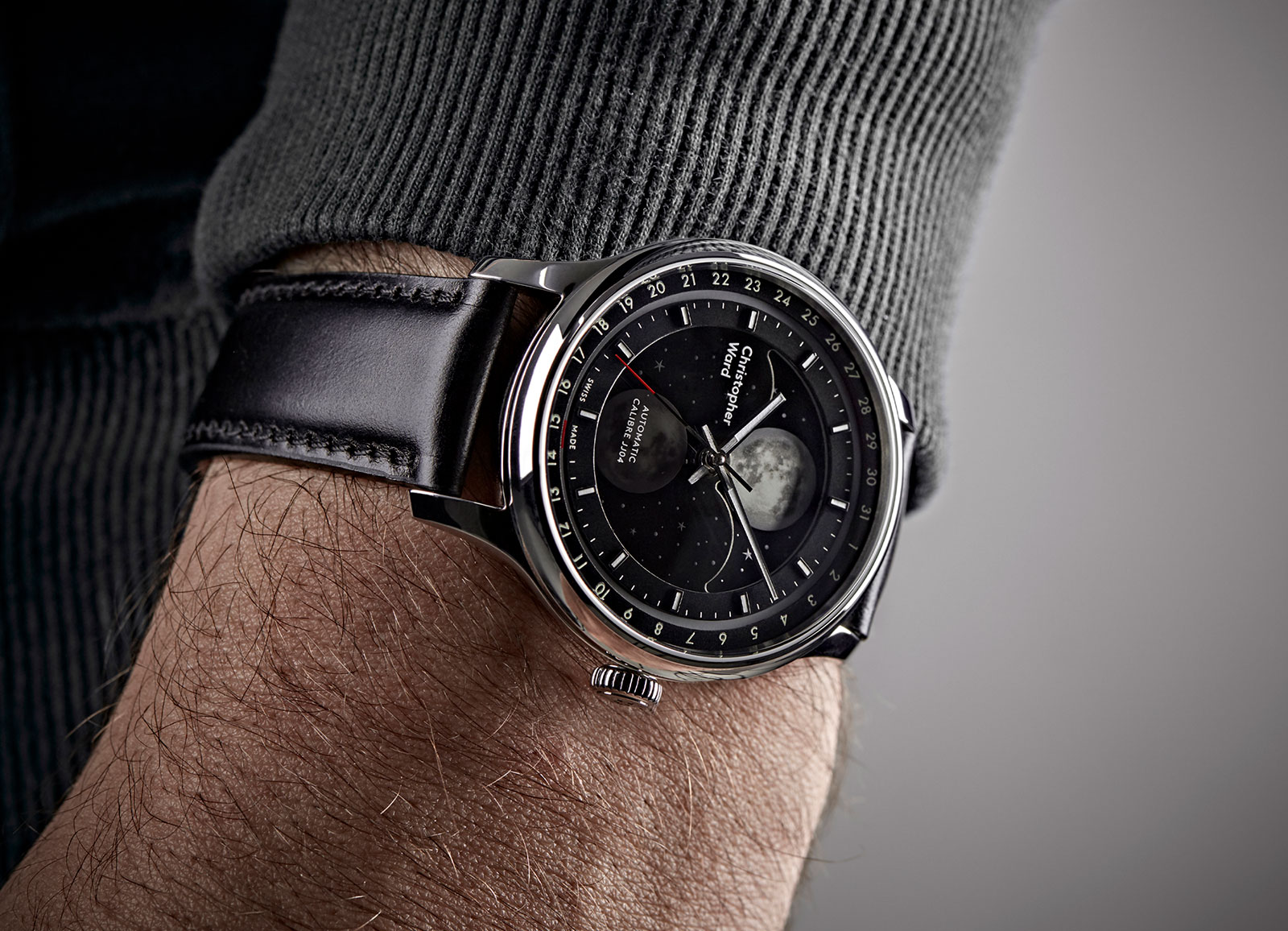 Christopher Ward and value for money go hand-in-hand; it’s the reason the brand exists in the first place. But it’s one thing to build a reliable diver on a budget, but a moon phase? That’s a whole other ball game in which the new C1 Moonglow, built to mark the first lunar landing, is a home run.

It’s been 50 years since we first landed on the moon and, while Christopher Ward has about as much to do with the moon landings as Stanley Kubrick (or do they?) that’s no reason to miss the horological extra-terrestrial fun. 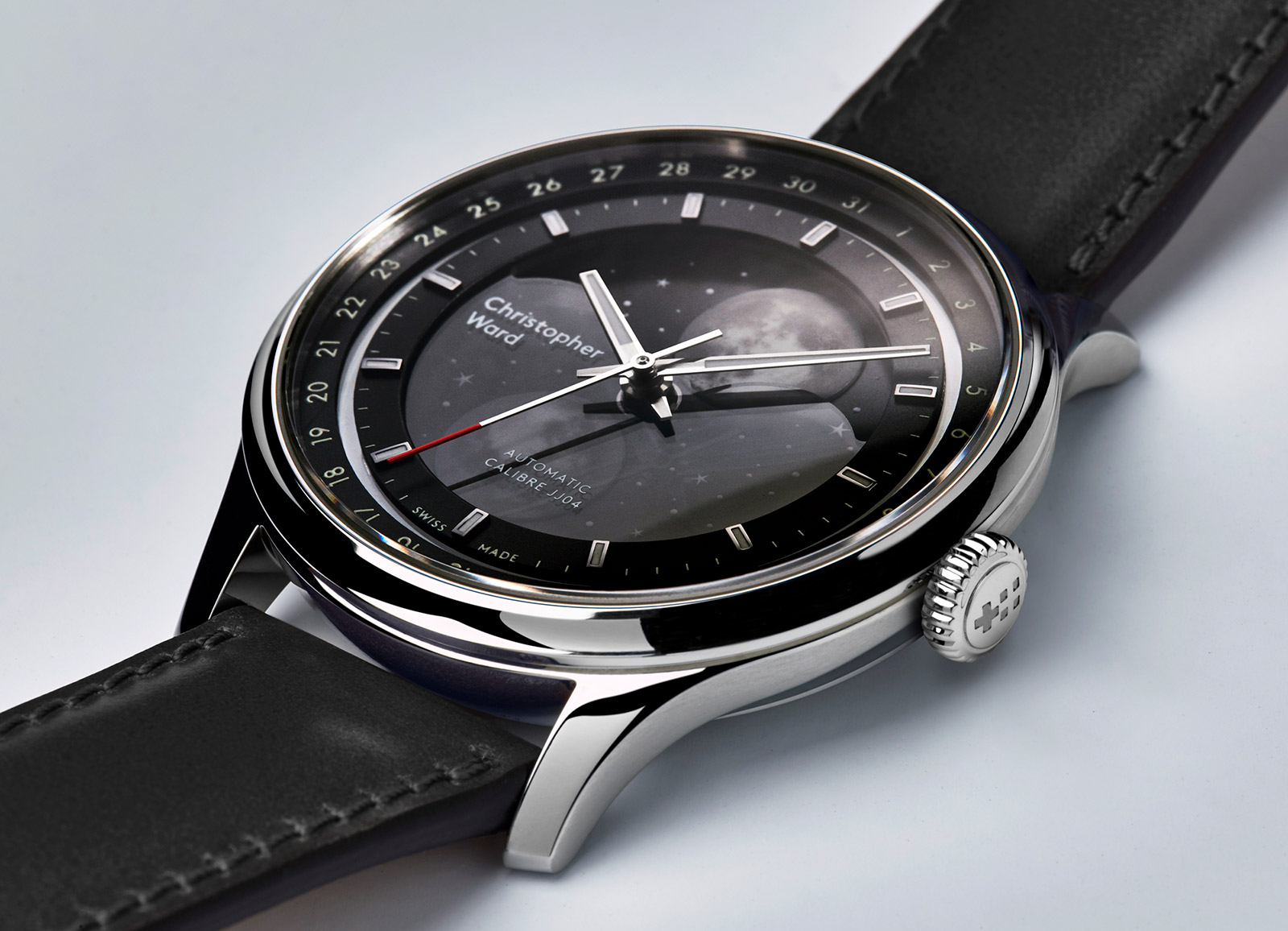 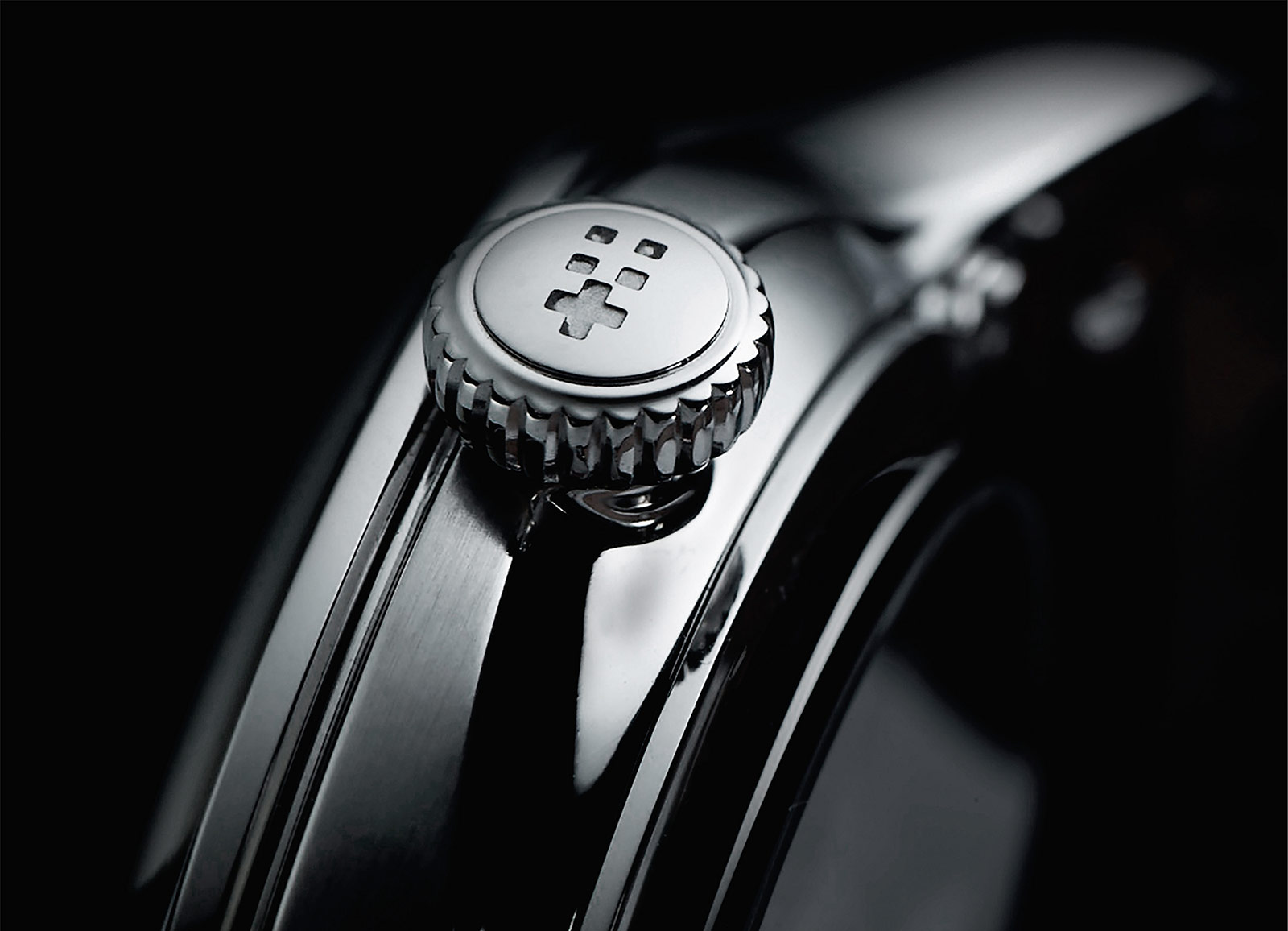 The C1 Moonglow isn’t just a cheaper alternative to a standard moon phase; it’s an advancement of the formula. Most indicators will shift once per day which, over a month, moves across the dial. Christopher Ward’s system however has a smooth, perpetual motion. In real terms the difference is all but imperceptible, but in horological terms it matters.

The indicator actually consists of two 3D moons, one either side of the dial, both of which are coated with Grade X1 GL C1 Super-LumiNova® – lume on steroids. While one indicates the moon phase across the upper half of the dial, the other is hidden by smoked sapphire crystal across the bottom half. 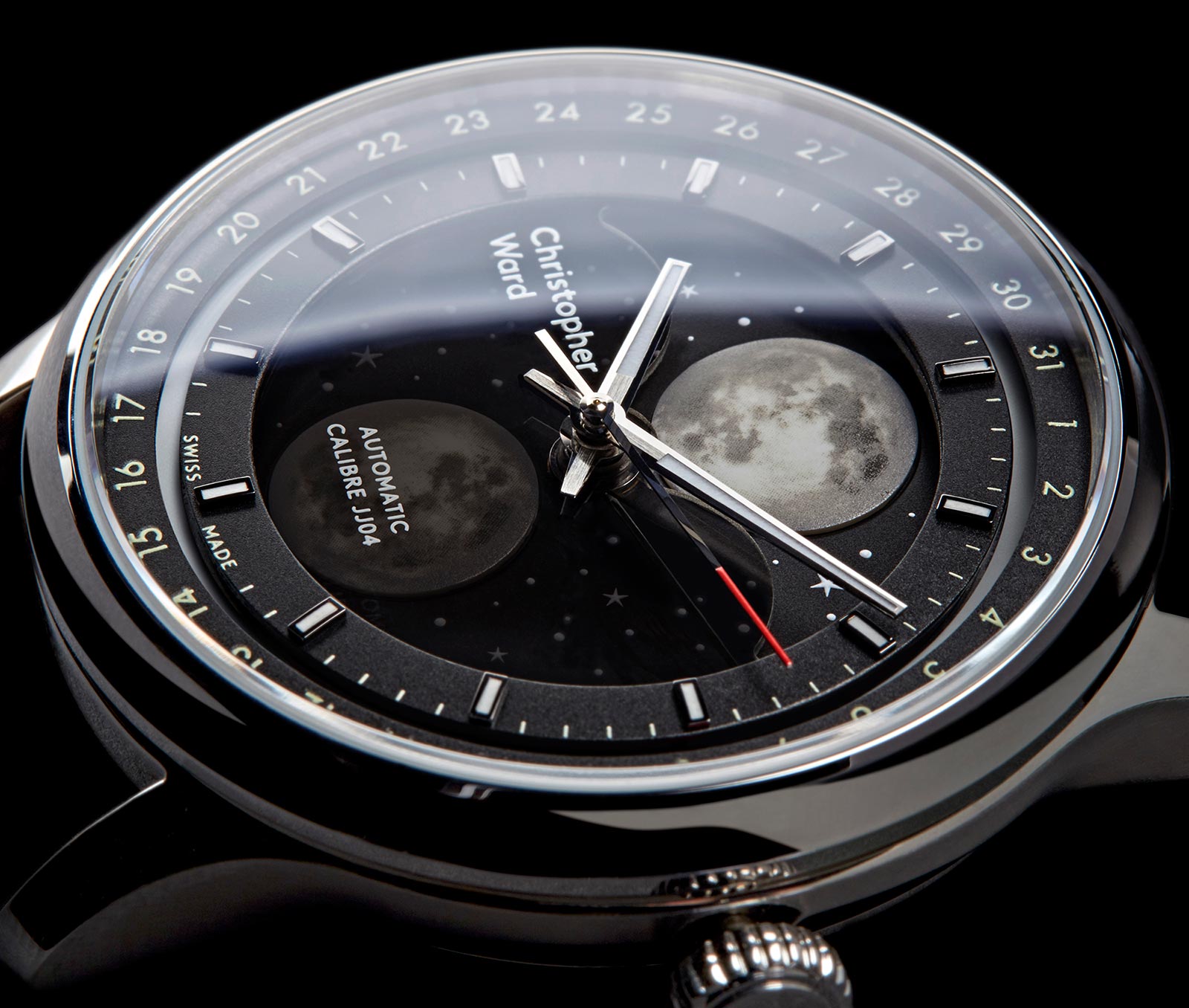 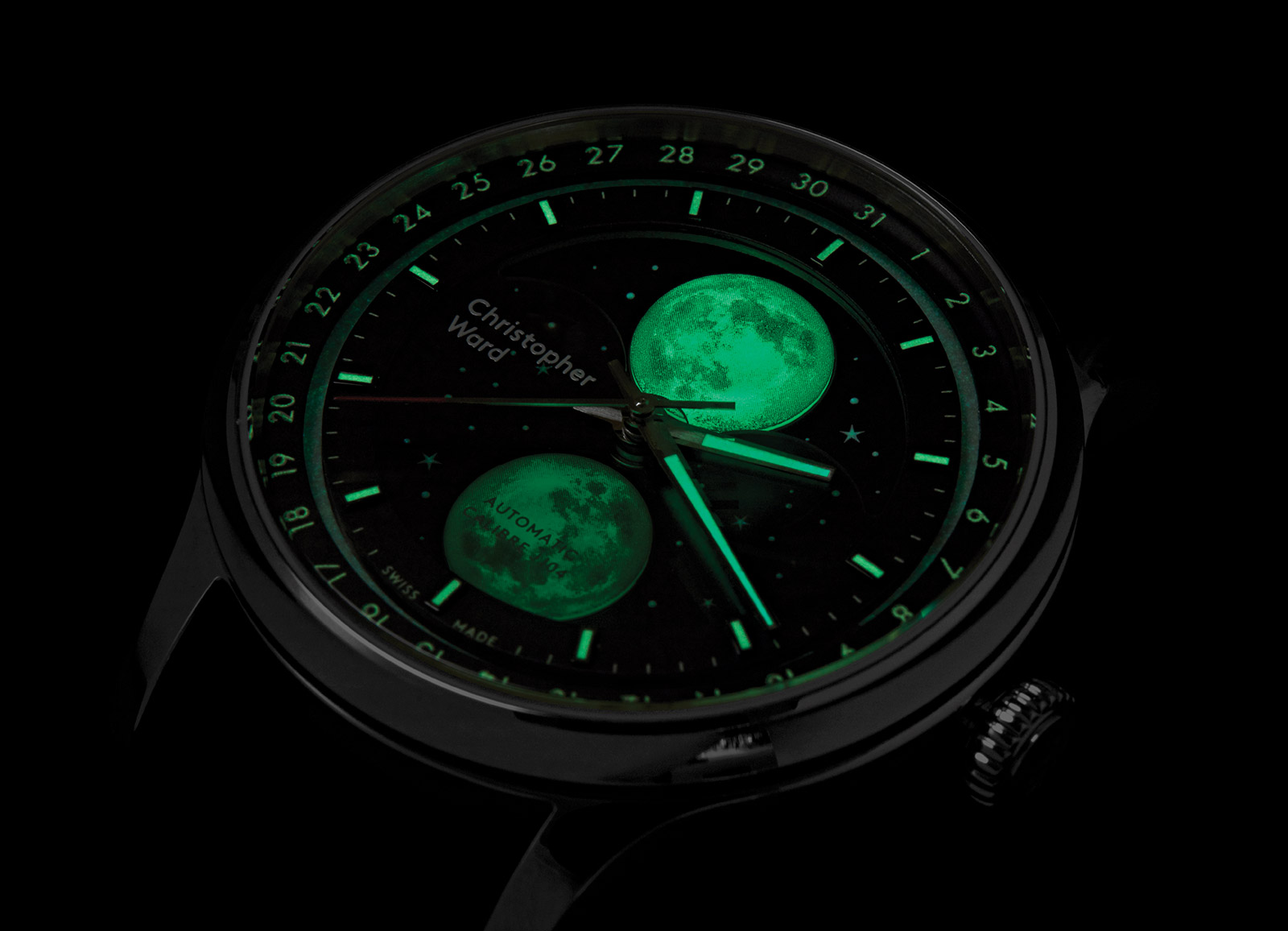 In fact the whole dial seems to rotate, especially given that, in place of the usual date aperture, the C1 Moonglow uses a rotating ring around the edge. The ring has been coated in the same bright lume as the moons, except for a section in red that aligns with the correct date. It’s one of the few date indicators that’s actually easier to read at night. 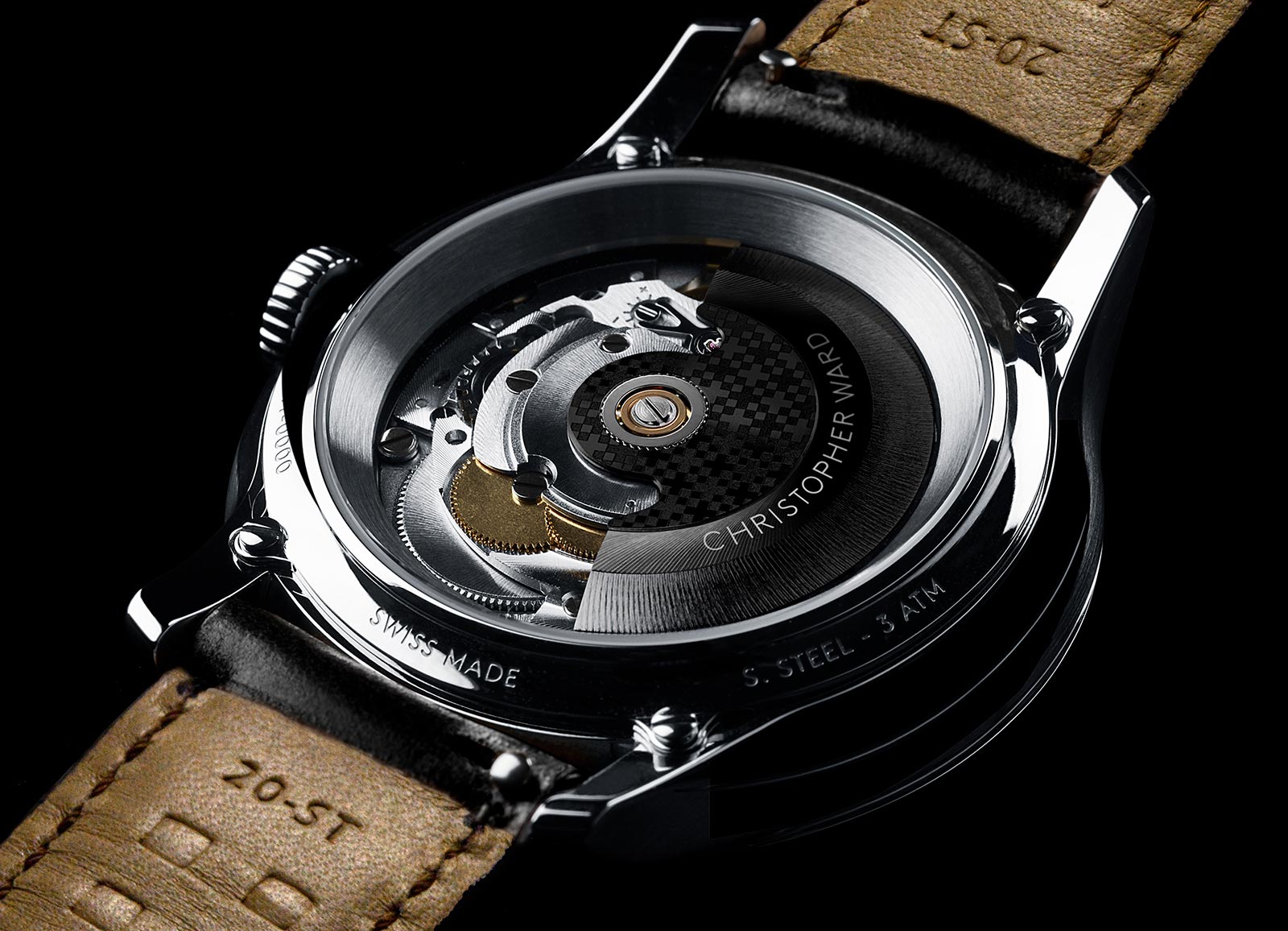 The whole thing is powered by Christopher Ward’s JJ04 automatic movement, complete with a DLC-coated black rotor and a 38-hour power reserve, which in turn is cased in 40.5mm of stainless steel. So with value for money at the core of everything Christopher Ward does, where does the C1 Moonglow stack up? At just £1,695, atmospherically high.

Sure Christopher Ward might not have been the first watch on the moon. Sure they haven’t even (intentionally) been into space. But if it leads to a cool, brightly-lumed moon phase for less than £1,700, they can jump on any bandwagon they want.