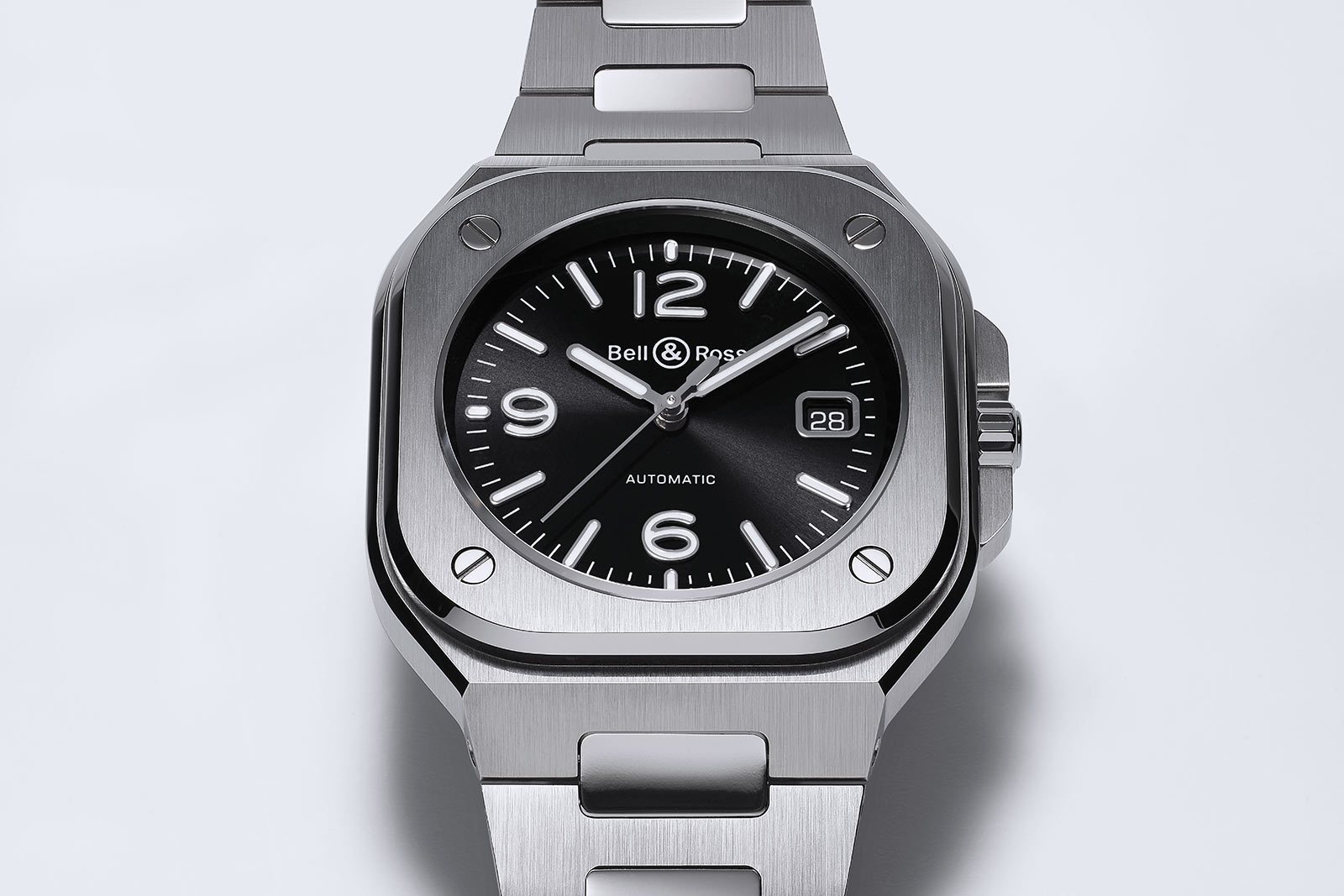 The BR03 has come to define Bell & Ross, with it’s cool square case and military inspirations. Now though the aviation specialist is forging forwards with a far more urban twist – and a shiny new number: the BR05.

Now, let’s get it out of the way. The shape of the new BR05 looks, in essence, like a Bell & Ross Royal Oak. Just halve the number of bezel edges and visible screws and there you have it. But that’s kind of to be expected; with the 70s still in vogue and integrated cases like the Royal Oaks a signature of the era’s take on horological design, there were always going to be some similarities. That said, the crown guard is a nice point of difference. 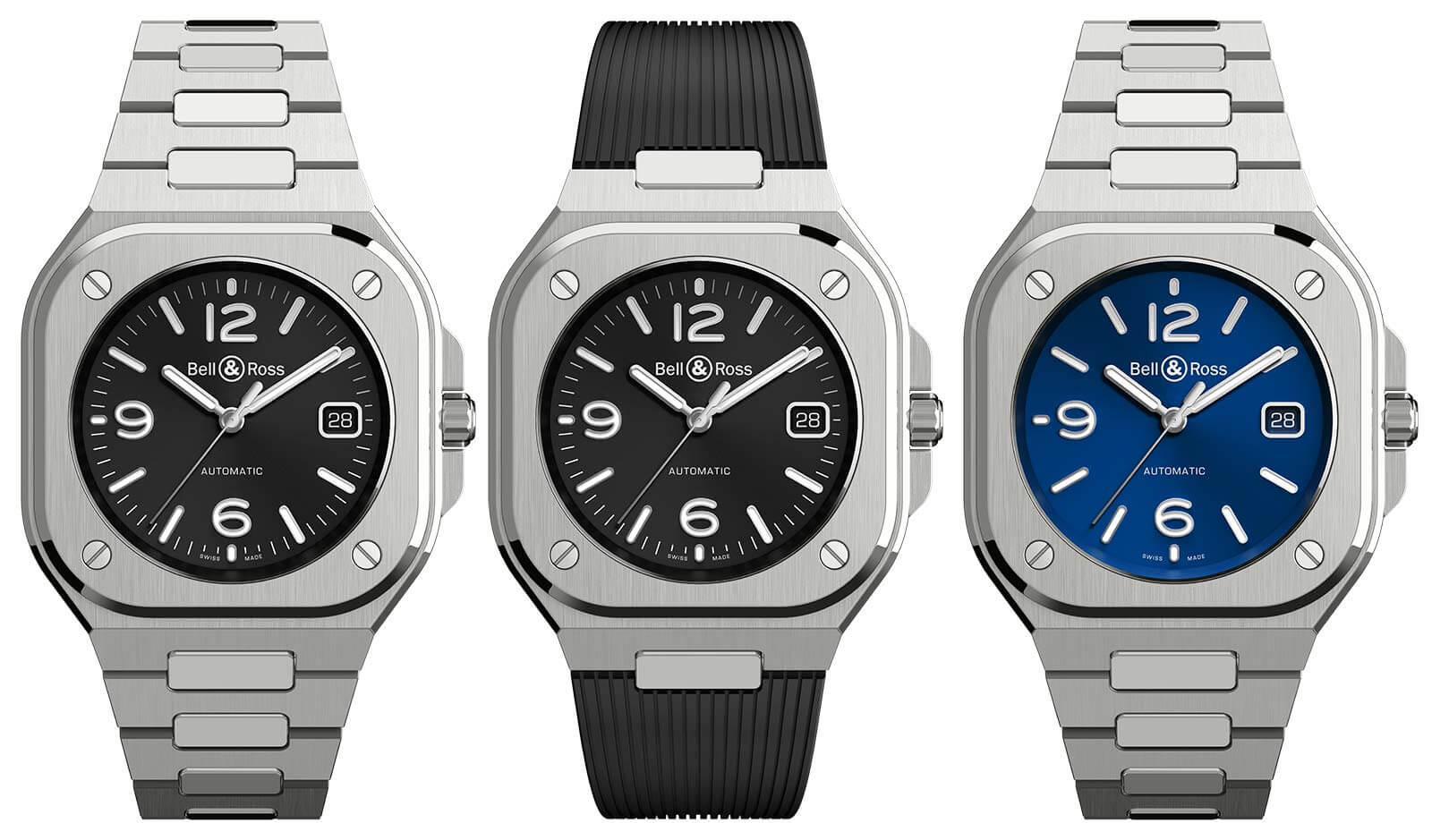 The dials are, on the other hand, considerably different. The round dial is a nice contrast with the squared case, and the chunky numerals that dominate the space have a lovely retro feel to them. Their size also makes the architecture of the watch all the more impactful, emphasising the depth. 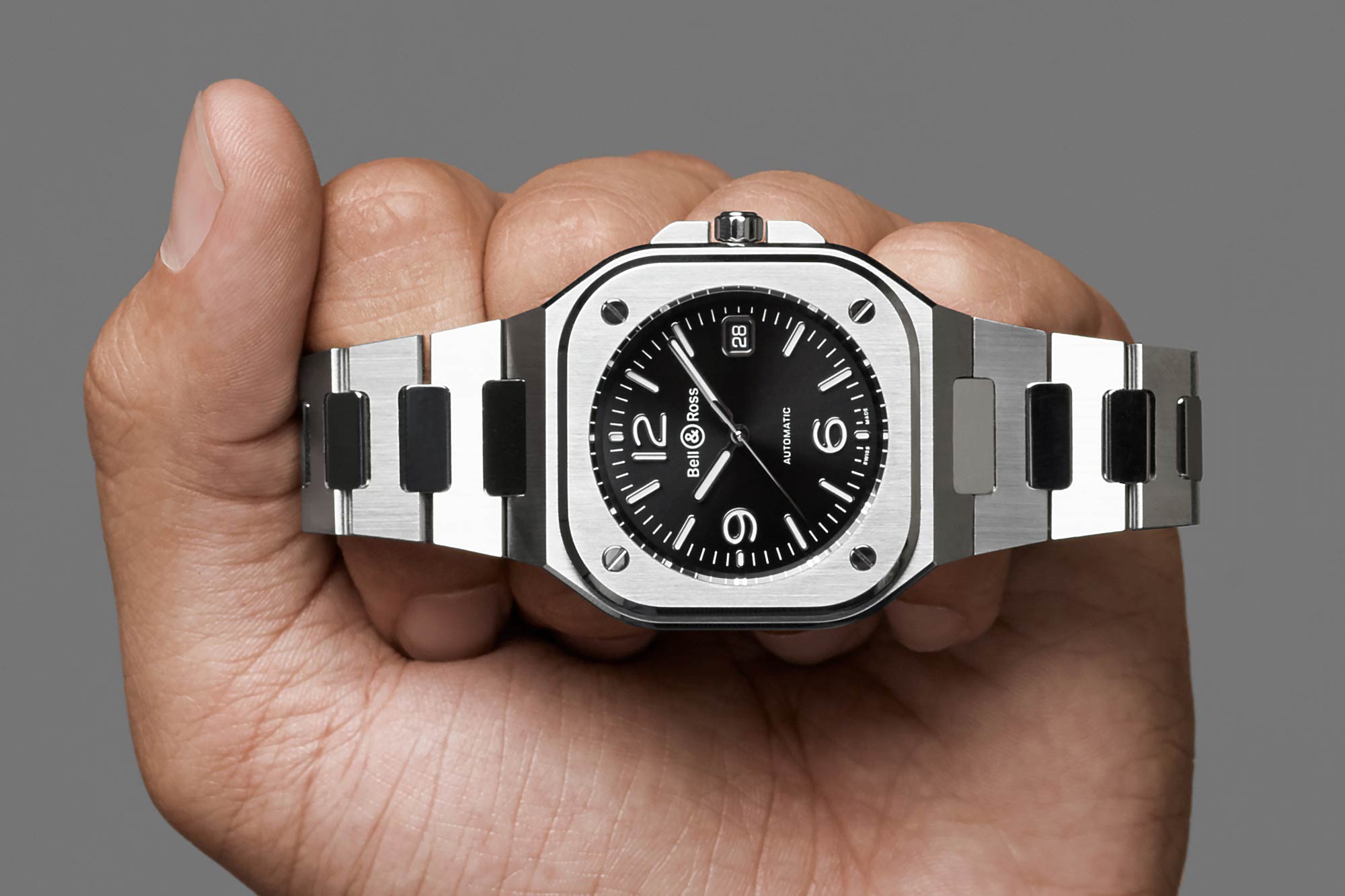 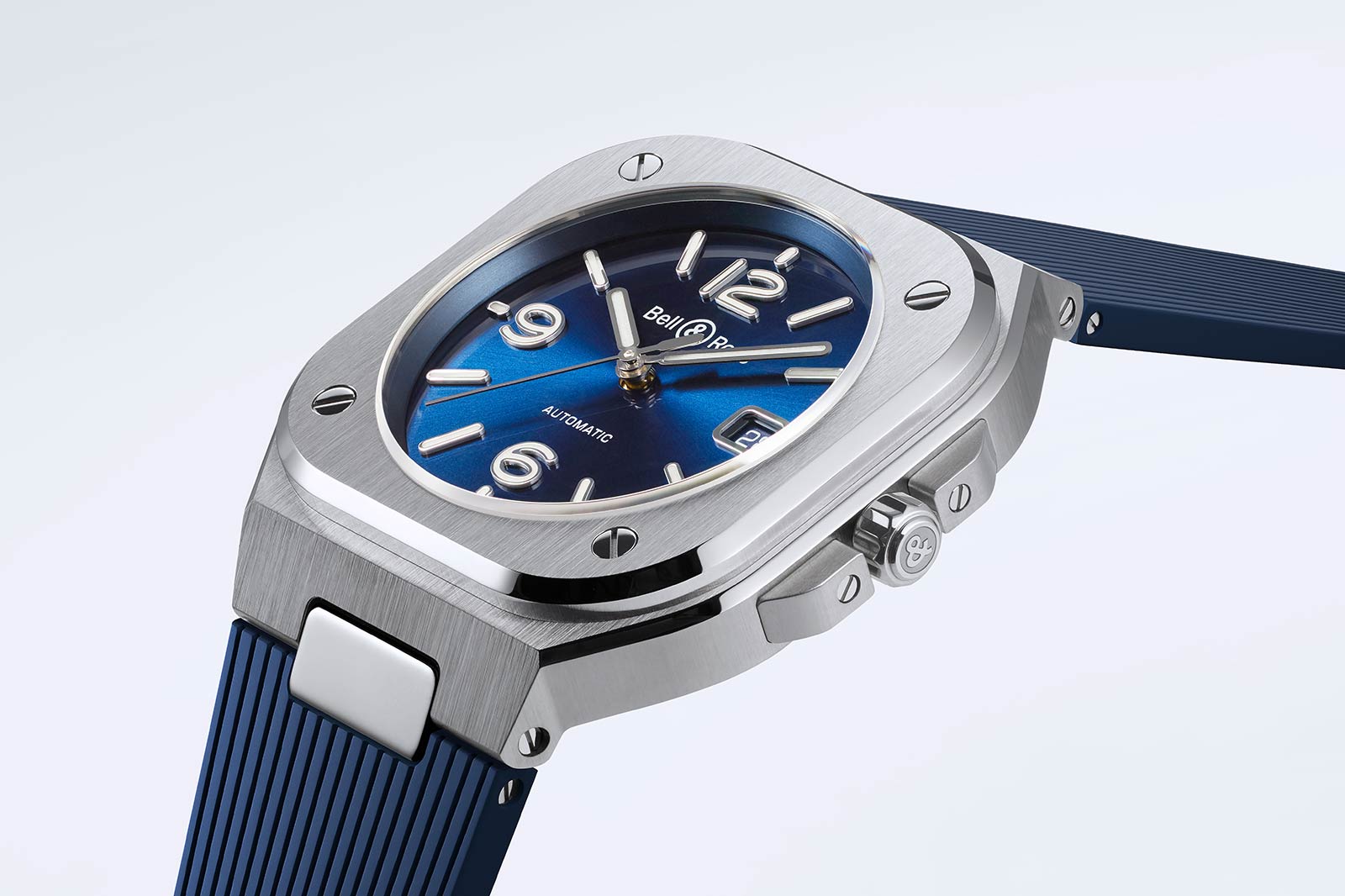 The BR05 comes in five variants for now – though you can expect more in the near future – each available with a rubber strap or steel bracelet. The blue-dialled version is probably going to be the most popular (it really is a good shade) but for my money I’d go for the grey on steel, which is by far the most retro. Still, the black on steel is simple and wearable and the gold is a big, chunky statement piece. To round everything off, the BR05 also comes with a skeletonised dial, allowing you to see everything going on inside. 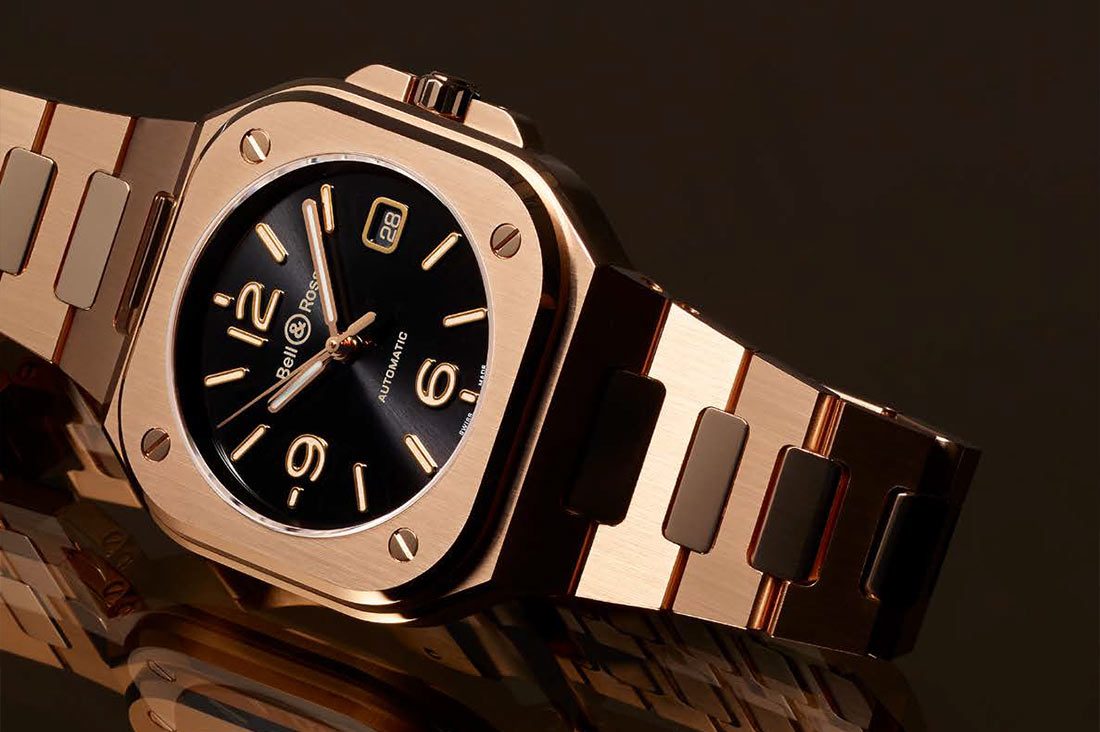 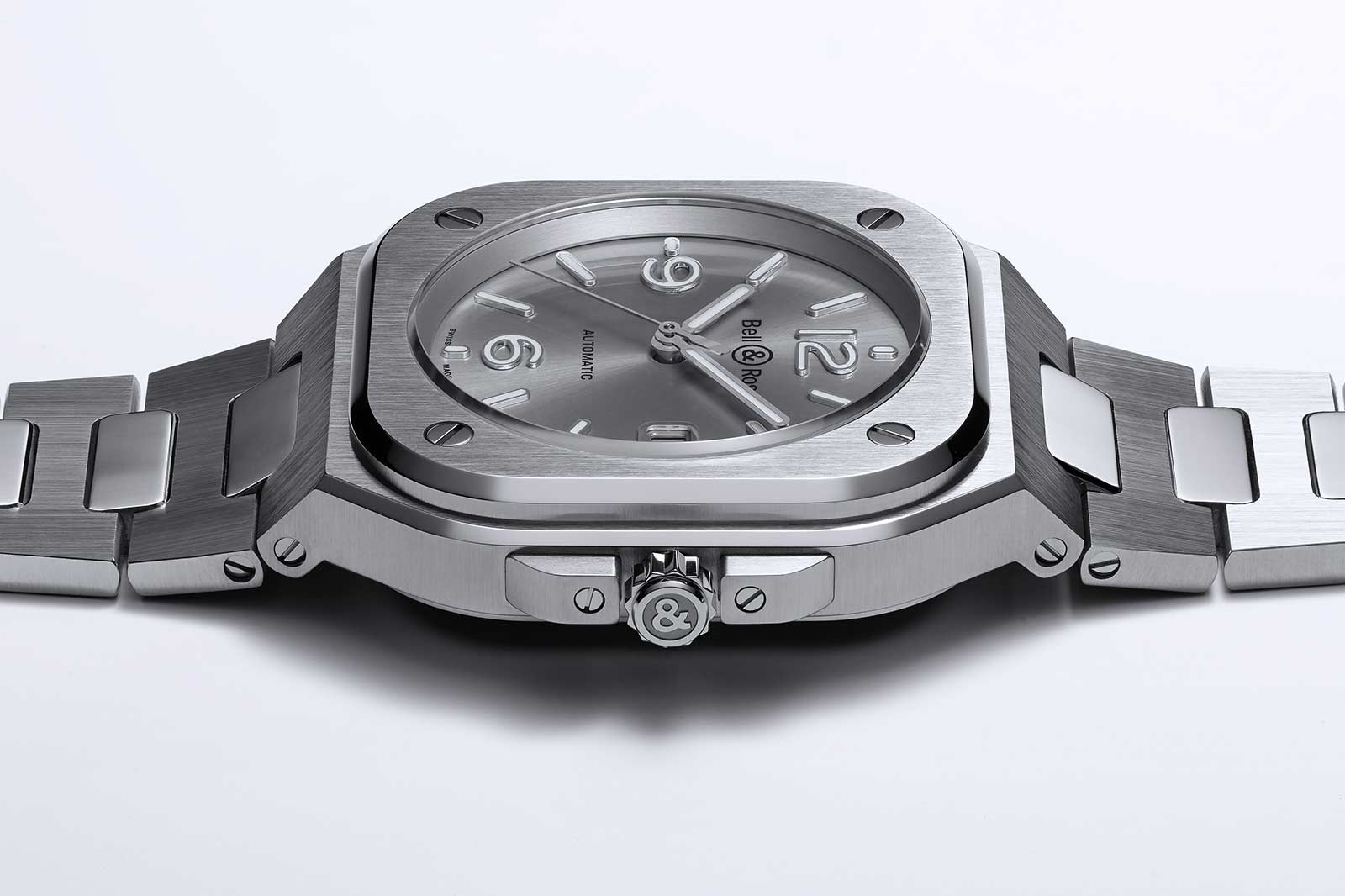 Each is powered by the solid, reliable BR-CAL.321. automatic movement, bar the skeleton which comes with a slightly modified BR-CAL.322. You can see them all through the exhibition sapphire casebacks, which is always a nice touch. 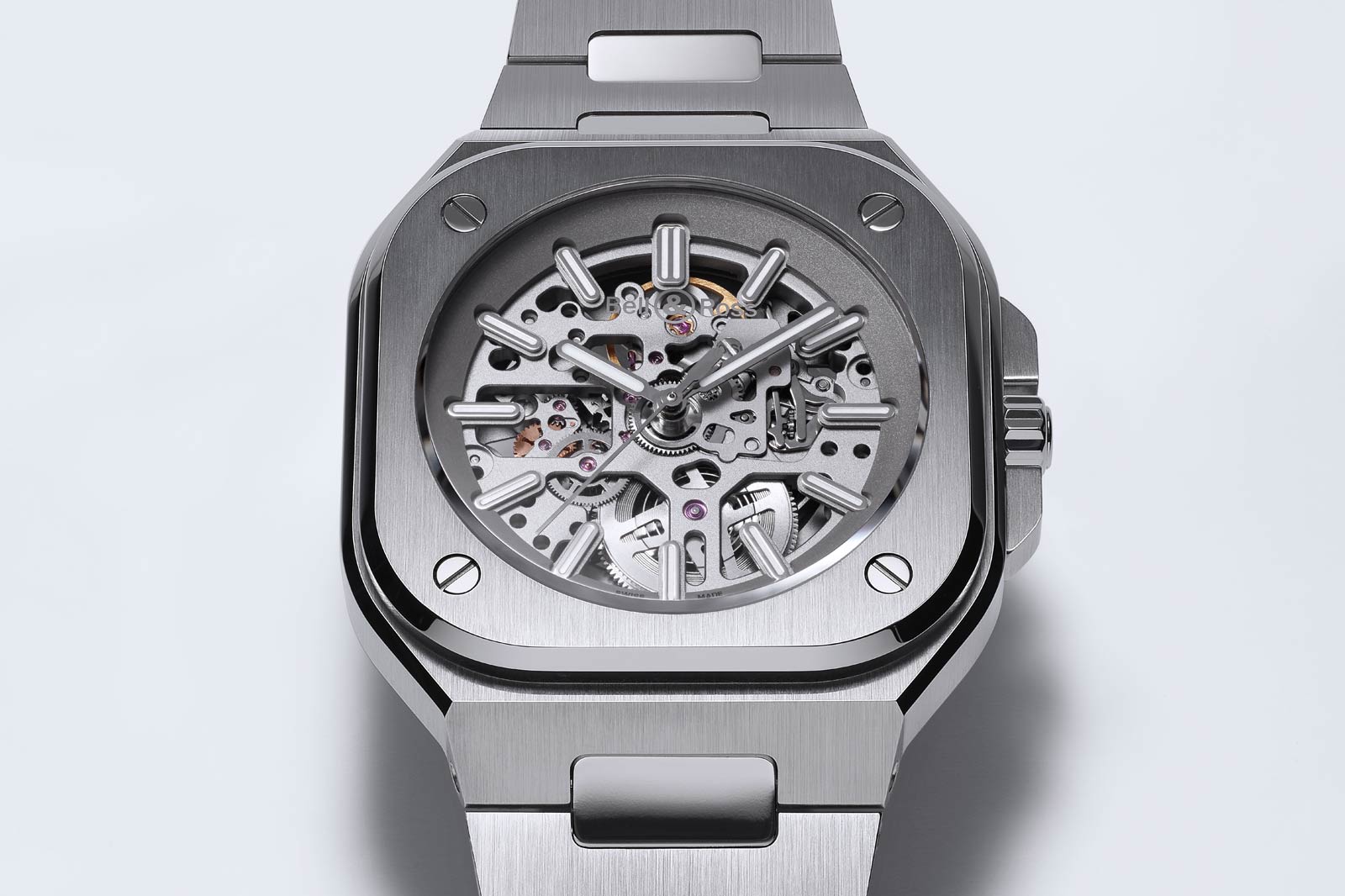 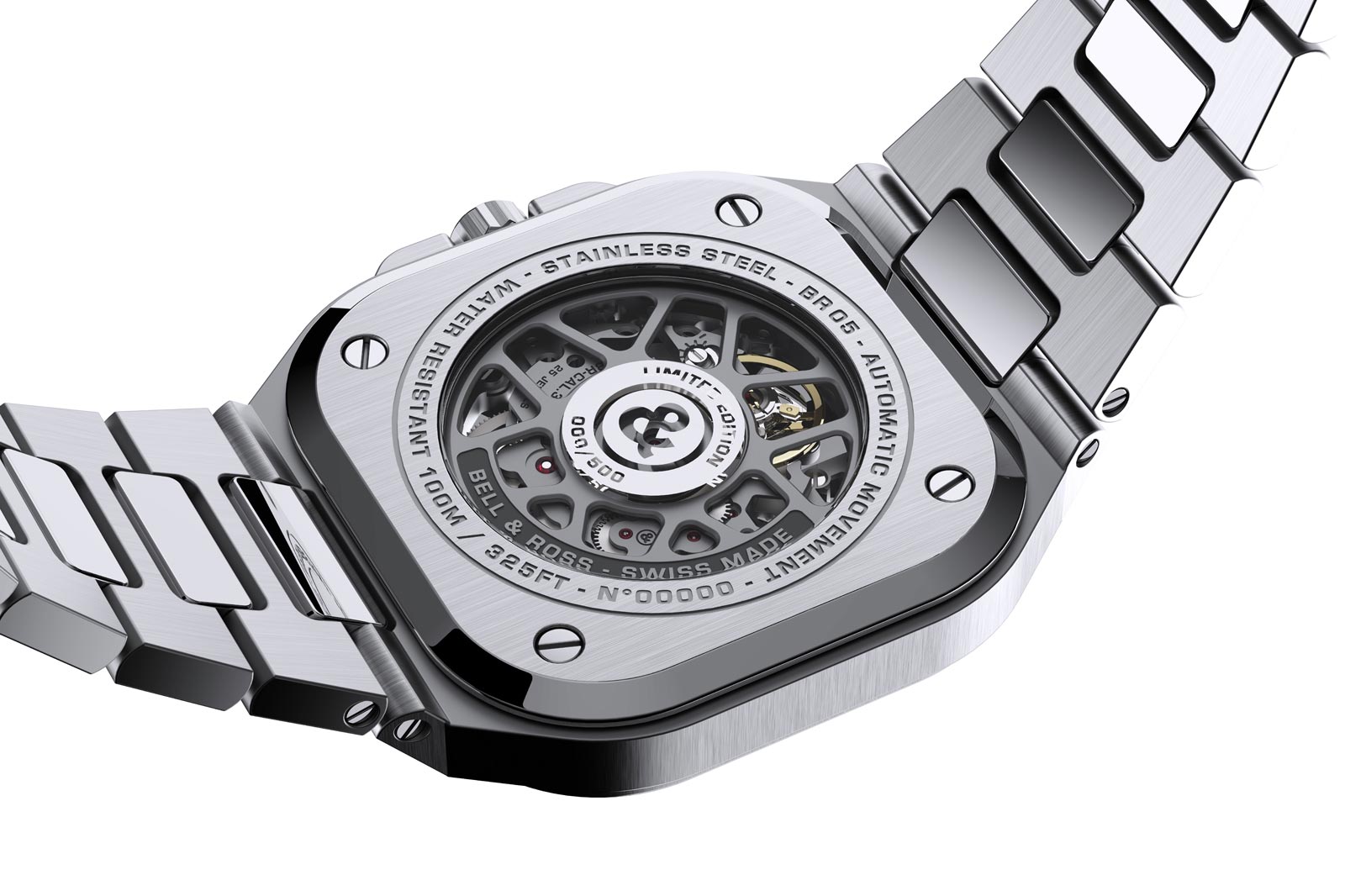 After taking to the skies, the depths and everything in-between, it’s great to see Bell & Ross do something less military, less of a tool watch, and produce something that just, well, cool. And the BR05 is cool, painfully so. It’ll also set you back a hell of a lot less than a Royal Oak. Just saying.