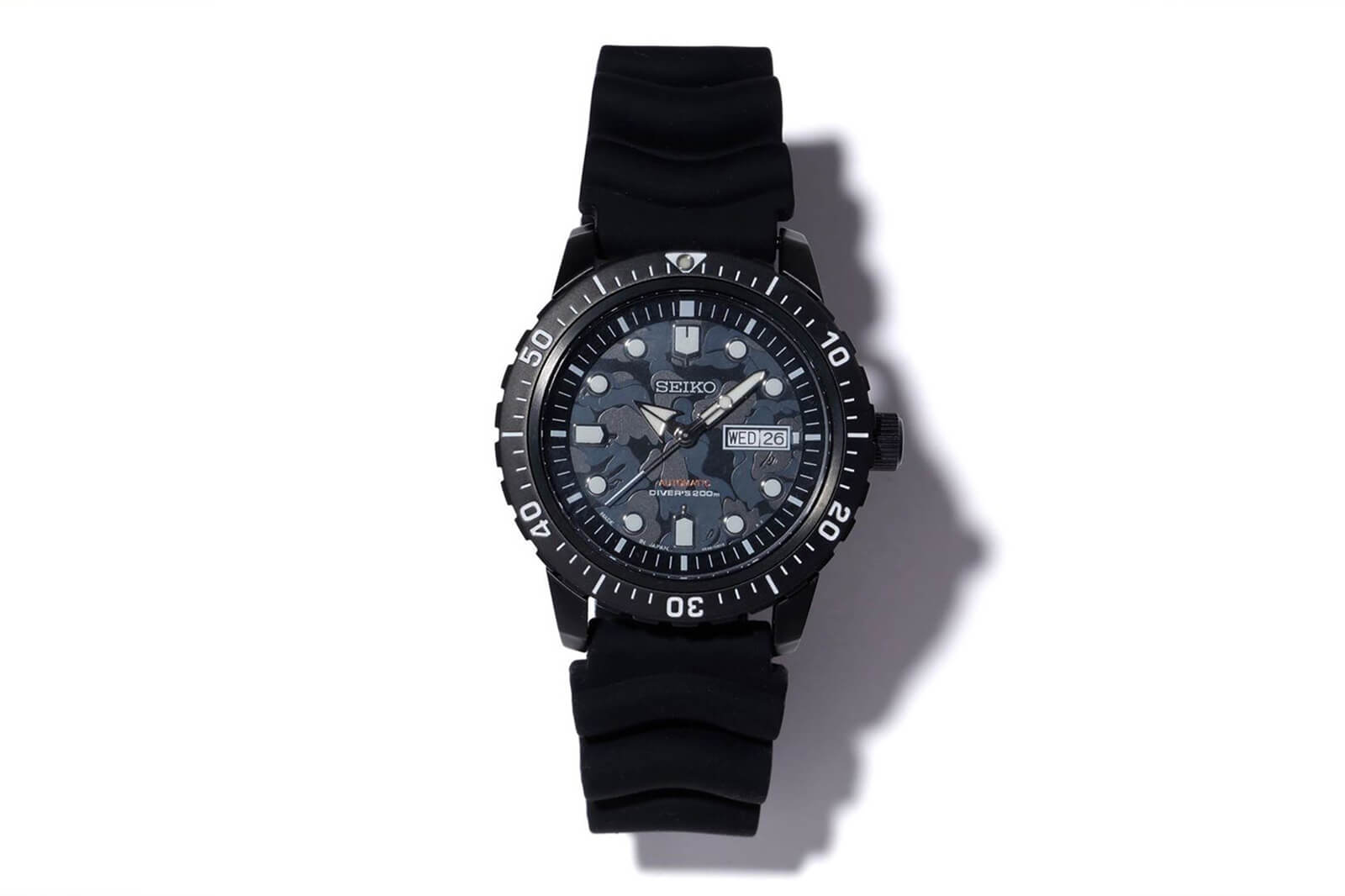 If there’s one collaboration that really worked last year – and I mean really worked – it was the coming together of Japanese giants Seiko and A Bathing Ape. Draping the watchmaker’s signature mechanical diver in Bape’s signature camo was a masterstroke. Well, apparently lightning does strike twice as the two have done it again, this time in darker shades of cool.

In line with what Seiko has been doing in their Black Series (more on that here) and the general trend at the moment for stealthy divers, the ABC camo has gone from the usual green to a black and grey palette. 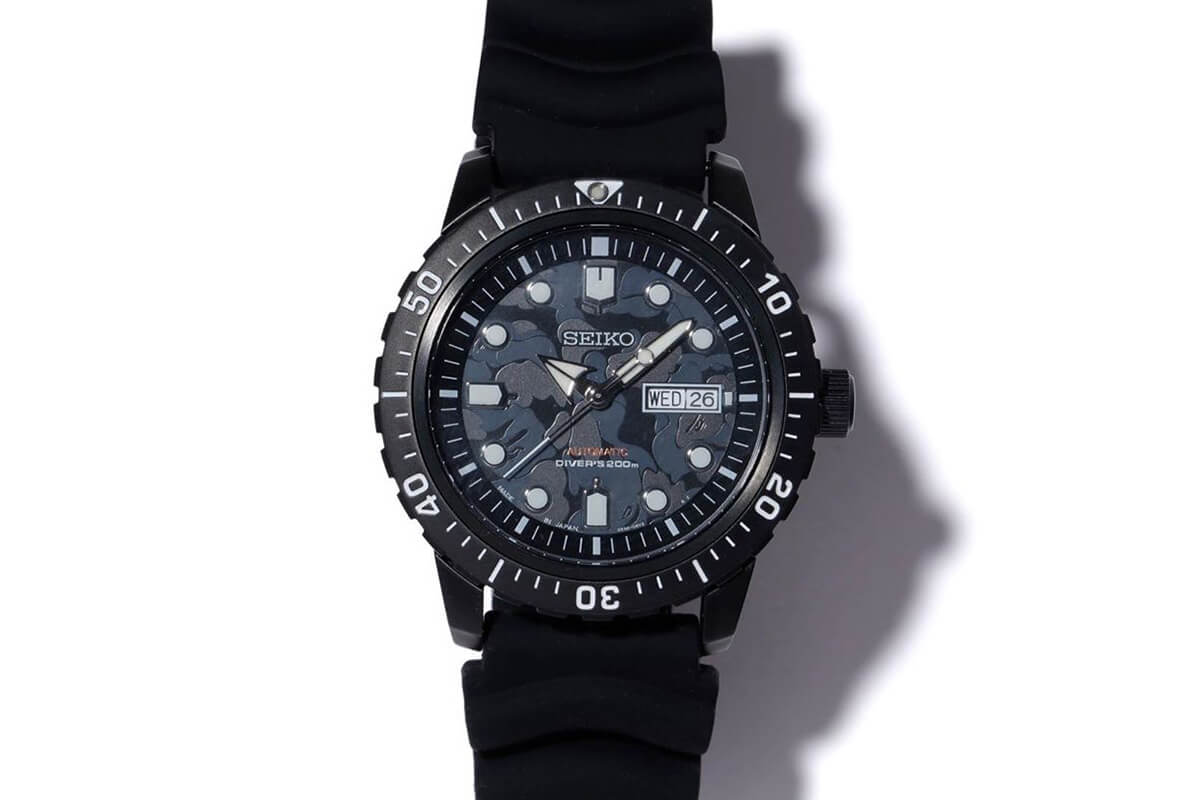 Paired with an all-black case in stainless steel and equipped with a diving bezel, this is more than a snazzy accessory; it’s a serious diver, able to withstand depths of up to 200m. The Seiko 4R34 calibre automatic movement is a solid piece of watchmaking too; this is Seiko after all. 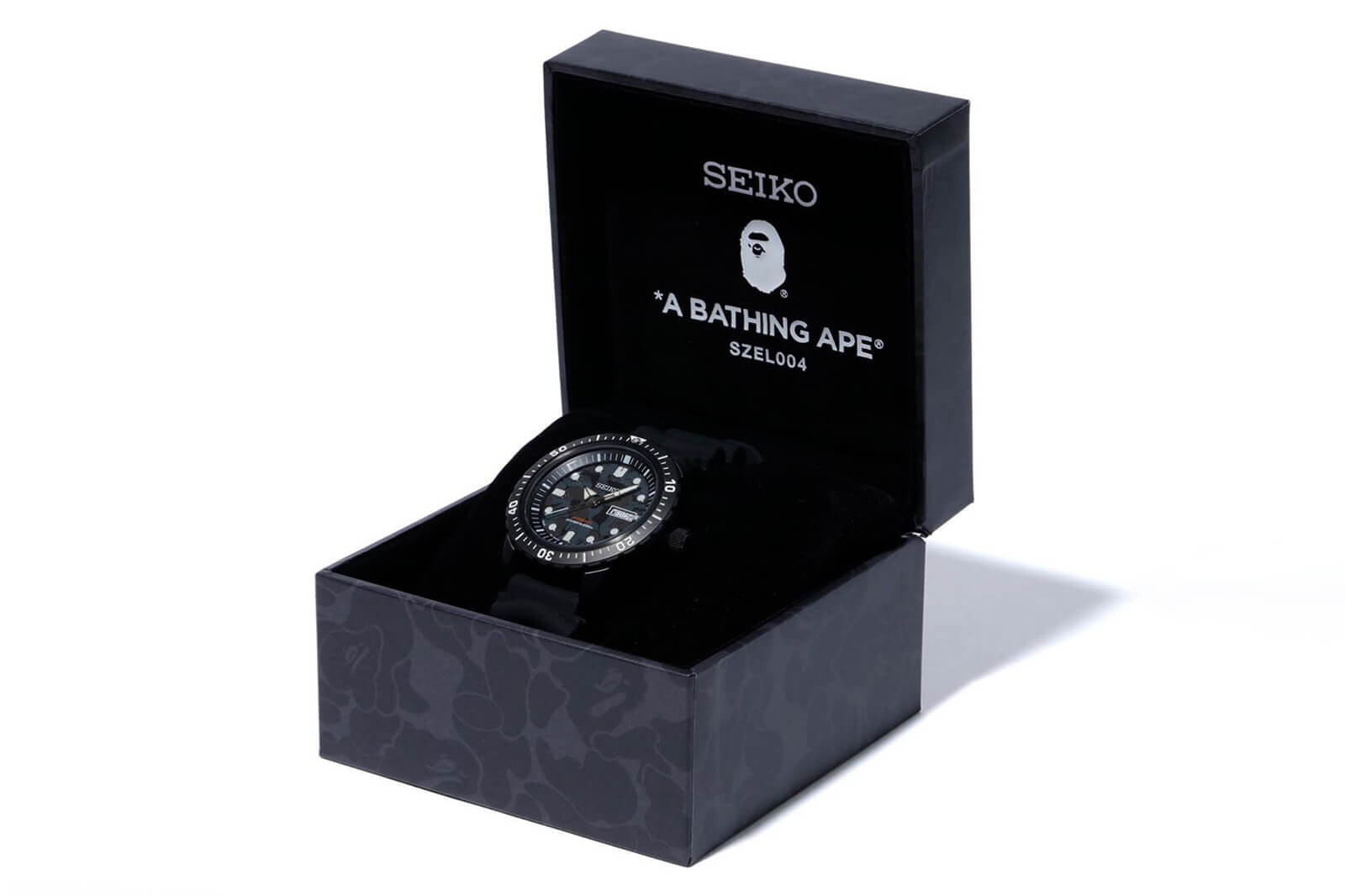 It also comes with Seiko’s odd accordion-style watch band, which I’m not a huge fan of but does seem to be a bit of a cult favourite. 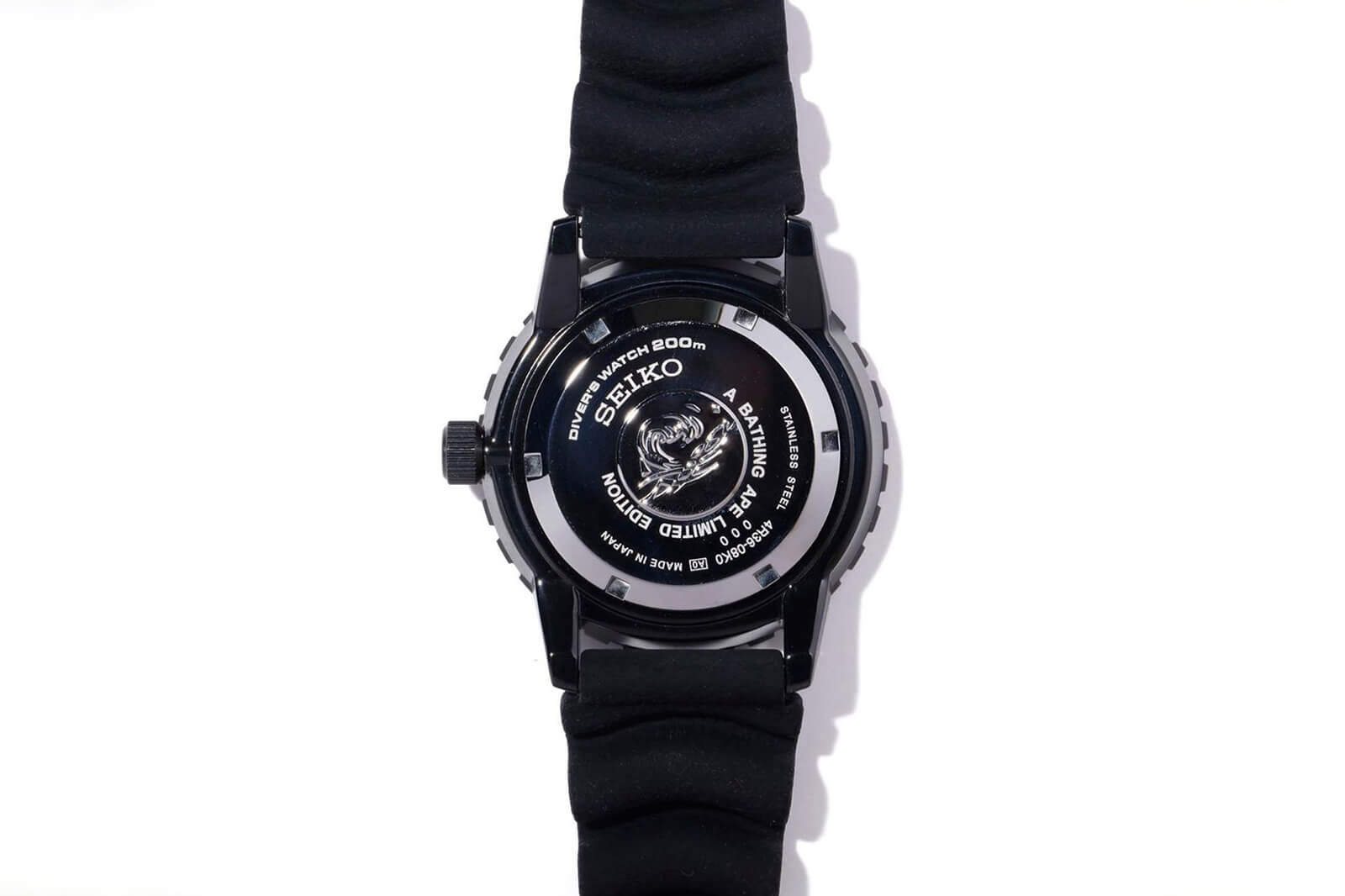 Like the look of it? Well I don’t blame you. But you’ll need to be quick about it. The watch launches tomorrow (25th Jan) at BAPE stores in Japan and online and I don’t really expect it to be around on the 26th.

There will be presumably up to 999 pieces, judging from the “000” marked on the sample caseback. The retail price has not yet been announced. This will be sold in Japan only, beginning January 25, 2020. Aficionado (January 2020): The Coolest Things In The World Right Now