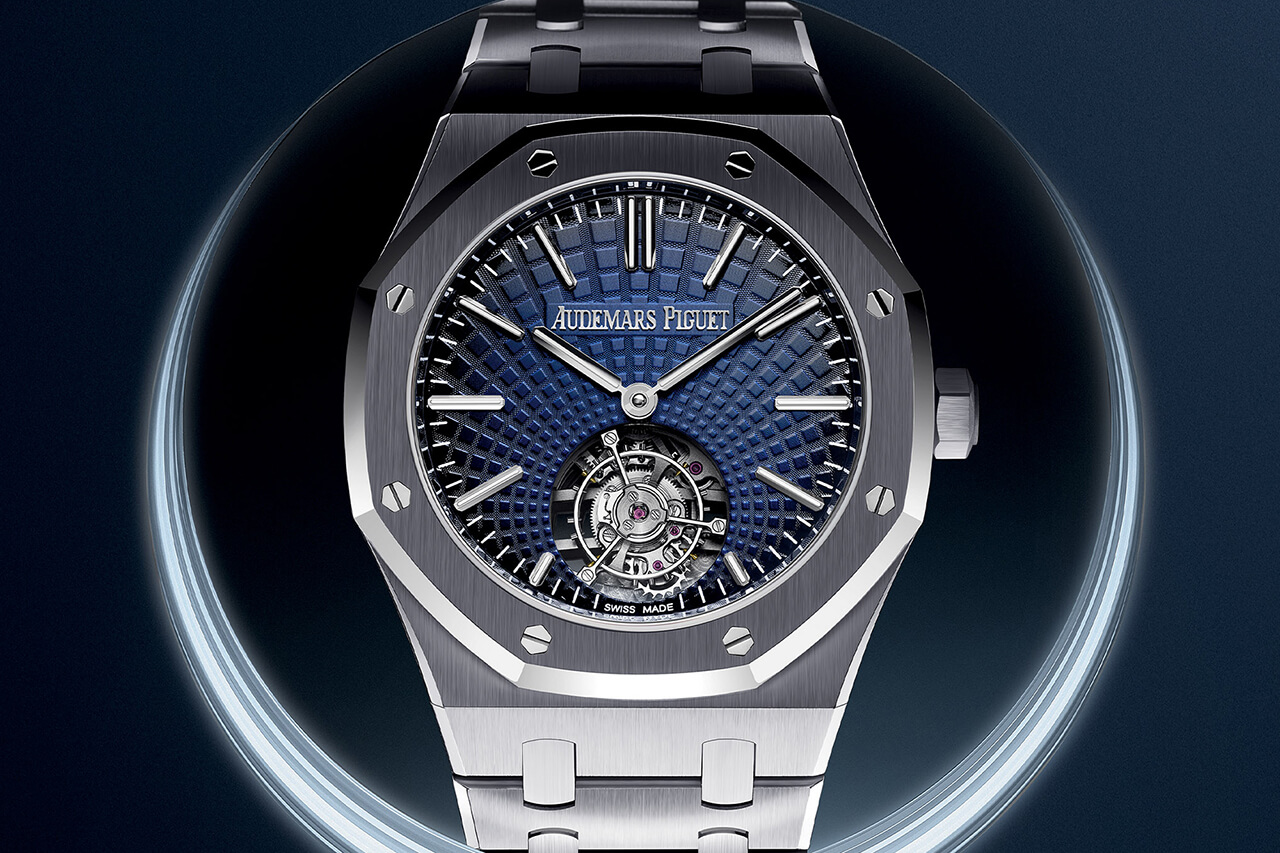 Audemars Piguet is no stranger to the humble tourbillon; their Royal Oak has played host to plenty of the rotating complications, cage included, with the first cropping up in the late 90s. Yet for the first time – at least outside of their concept pieces and the Code 11.59 – the 70s icon more high flying than ever, in a tourbillon sense at least. This is the Audemars Piguet Royal Oak Selfwinding Flying Tourbillon.

For the uninitiated, a flying tourbillon is simply a tourbillon supported only from beneath. I say ‘simply’ as if it’s at all a simple complication; it is not. The structural necessities make it a serious piece of watchmaking, enough that it appeared well over a century after the ‘basic’ tourbillon. 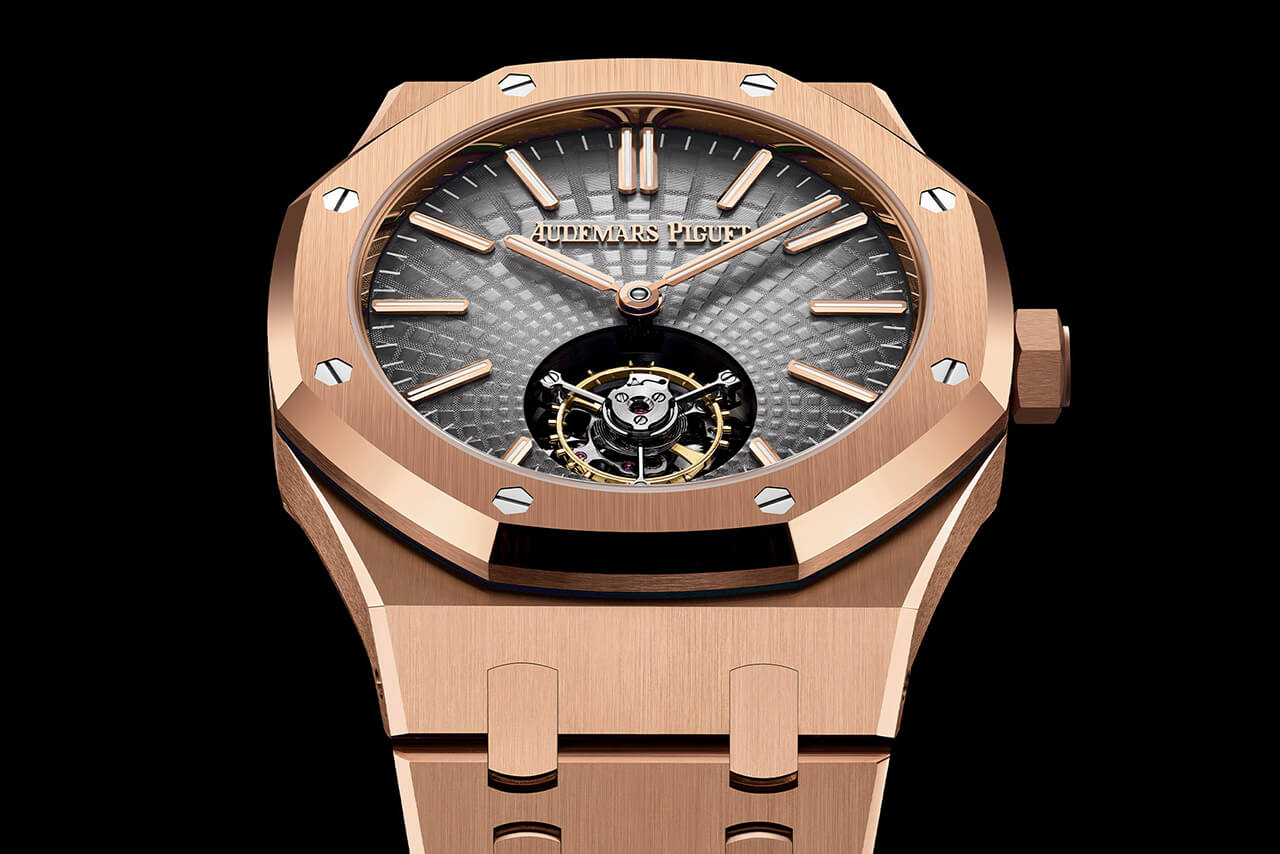 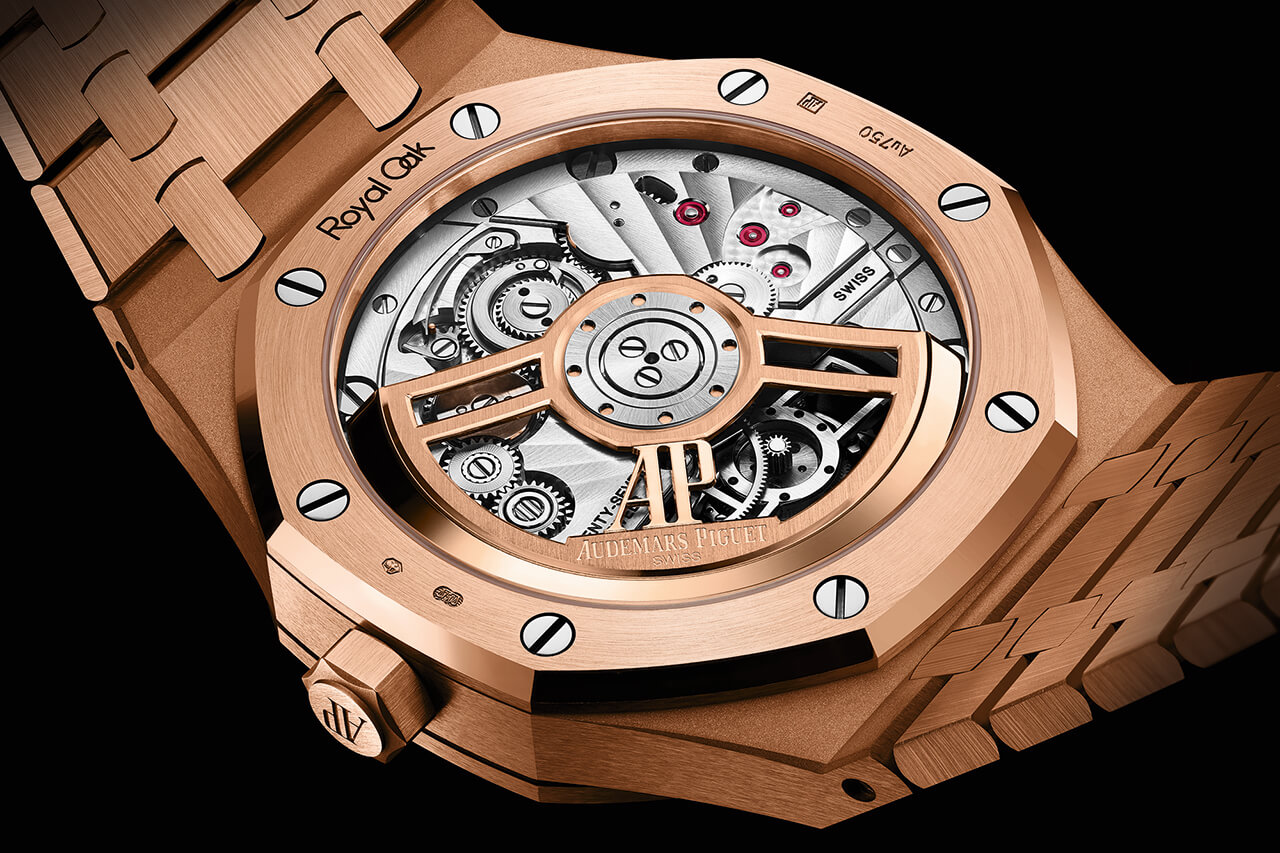 Other than looking far prettier though, it doesn’t actually make much of a difference to the workings of the watch, other than bragging right – which when you’re opting for a Royal Oak Tourbillon makes all the difference. 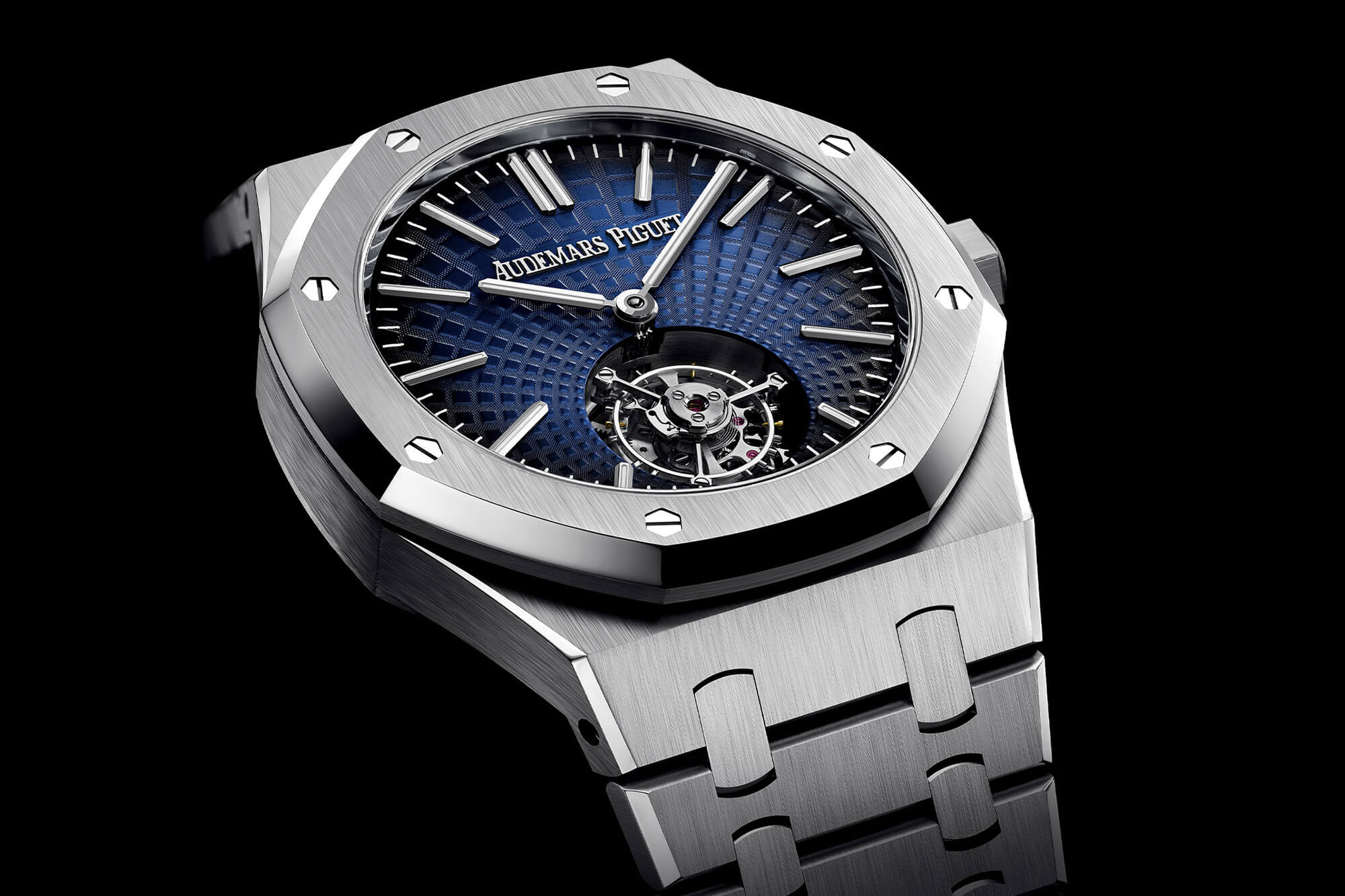 In this case, the flying tourbillon in its usual place at 6 o’clock is paired with a trio of different colourways, comprised of steel with a blue dial, with grey dials for the rose gold and titanium models. Both the steel and gold use a pretty spectacular Evolutive (sunburst) Tapisserie, while the titanium opts for a plain, sandblasted number. 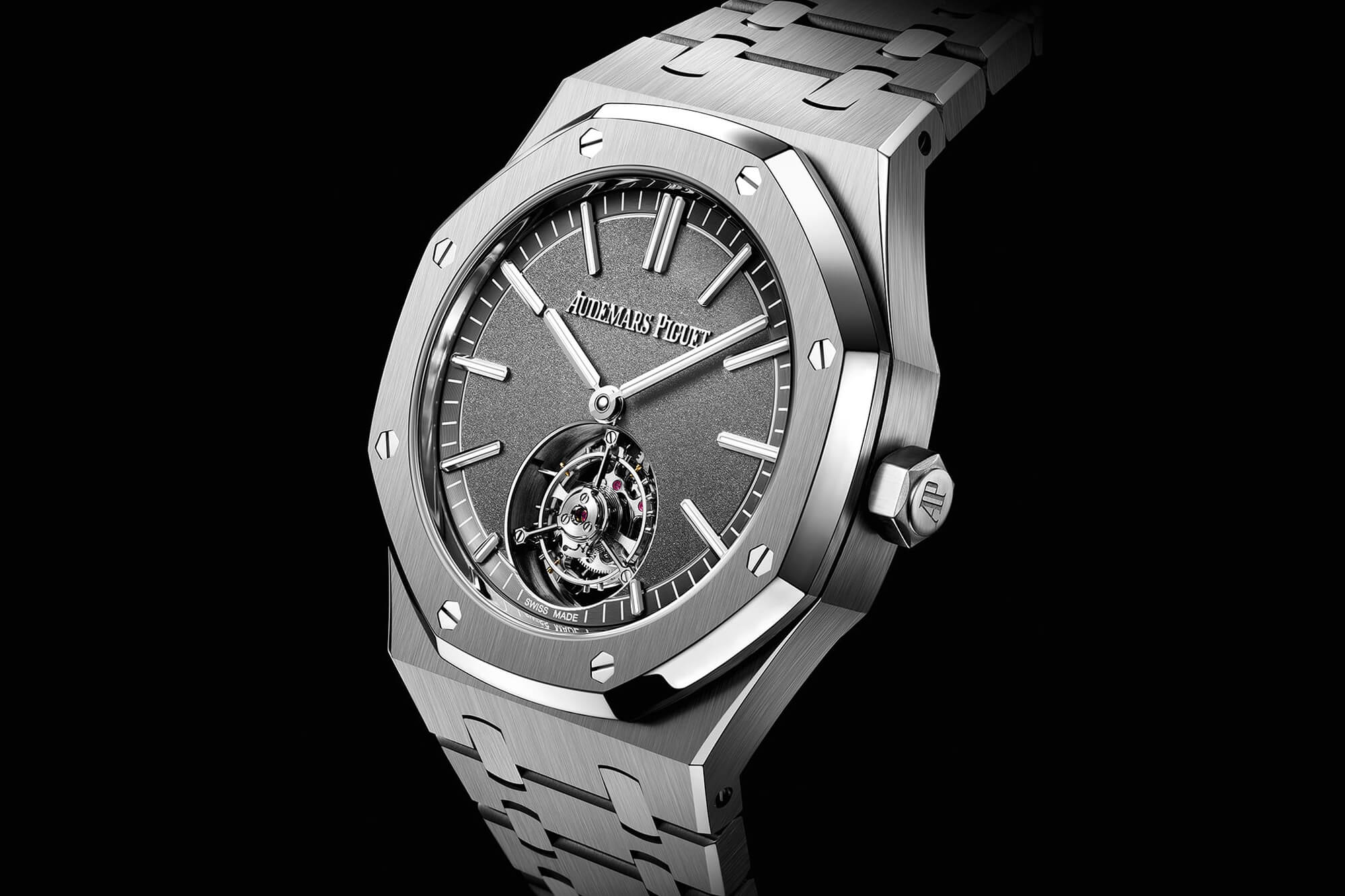 Of the three, the titanium is the standout. That understated dial is subtly magnificent where the others are ornate and shows off the titular complication all the better for it. It also plays better to collectors that like the Royal Oak’s signature industrial look. The other’s are nice, but not in the same league. 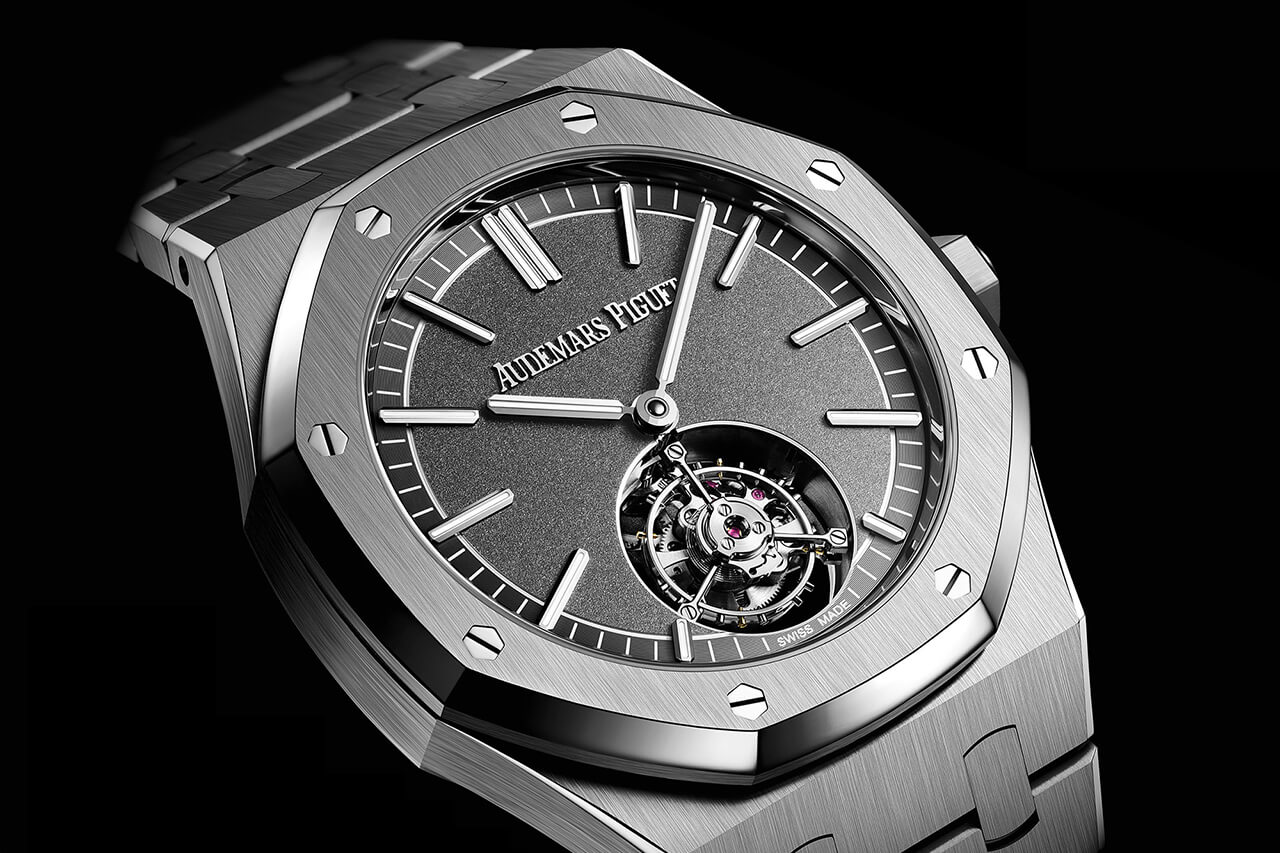 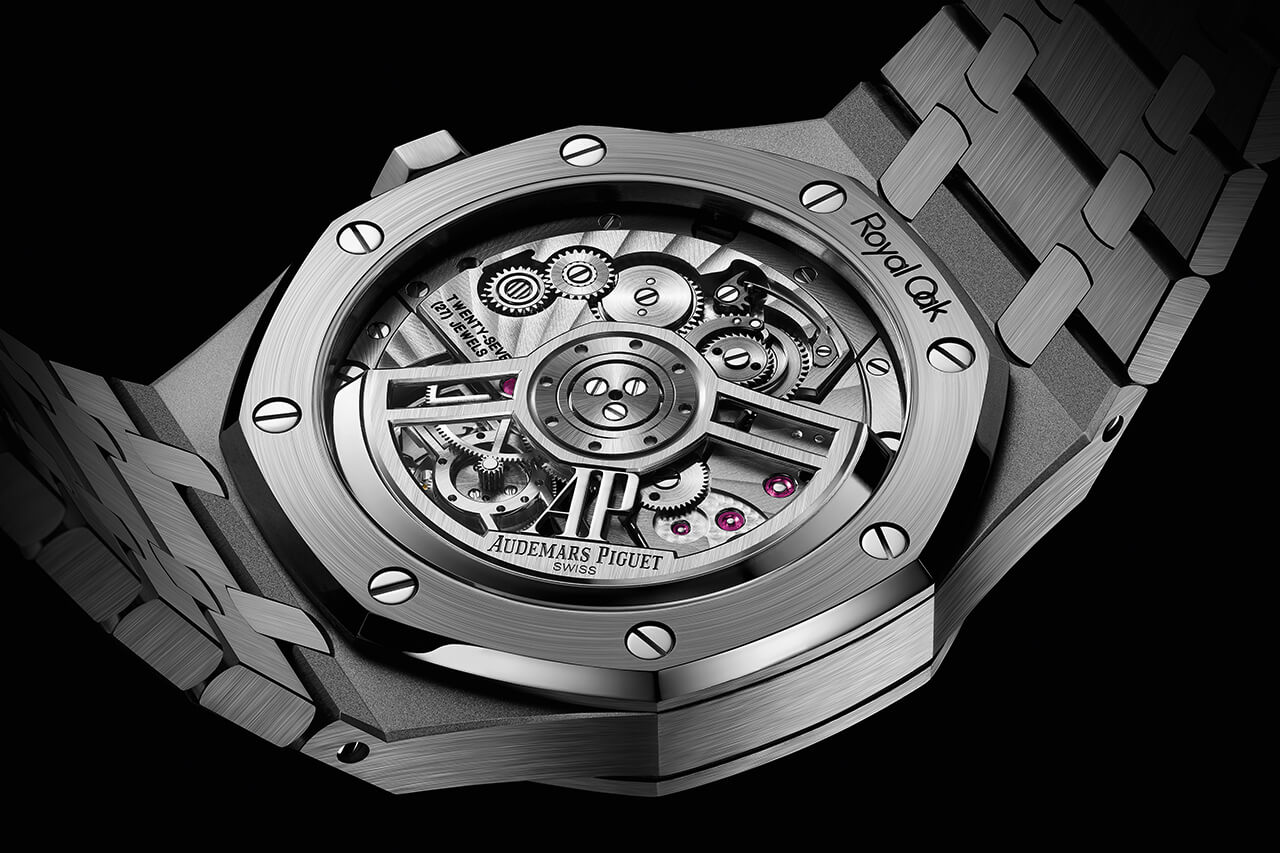 All three though use AP’s new logo, which is made using a 3D printing process – or ‘galvanic growth’ if you’re the watchmaker. It was first used on the Code 11.59 and it’s good to see it expanded to non-lacquer dials; it’s adds that extra oomph to the dials.

Inside is the Calibre 2950 automatic movement with an impressive 65-hour power reserve. Like the new logo, it’s a movement that was originally used in the Code 11.59, which shouldn’t come as much of a surprise. As our recent conversation with AP head of complications illustrated (you can find the full article here), AP’s newest collection is eclipsing the Concepts as a platform for developing complications. 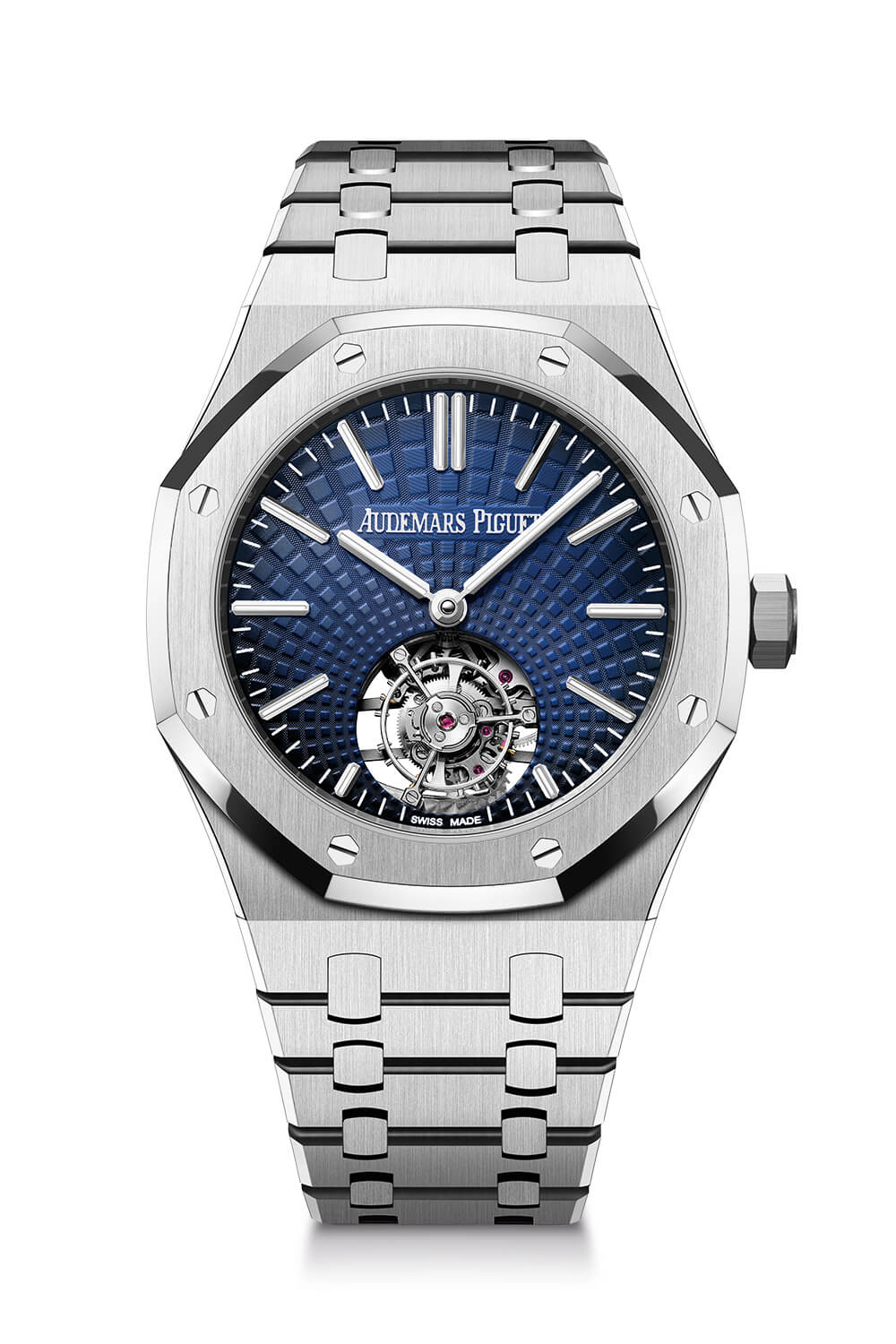 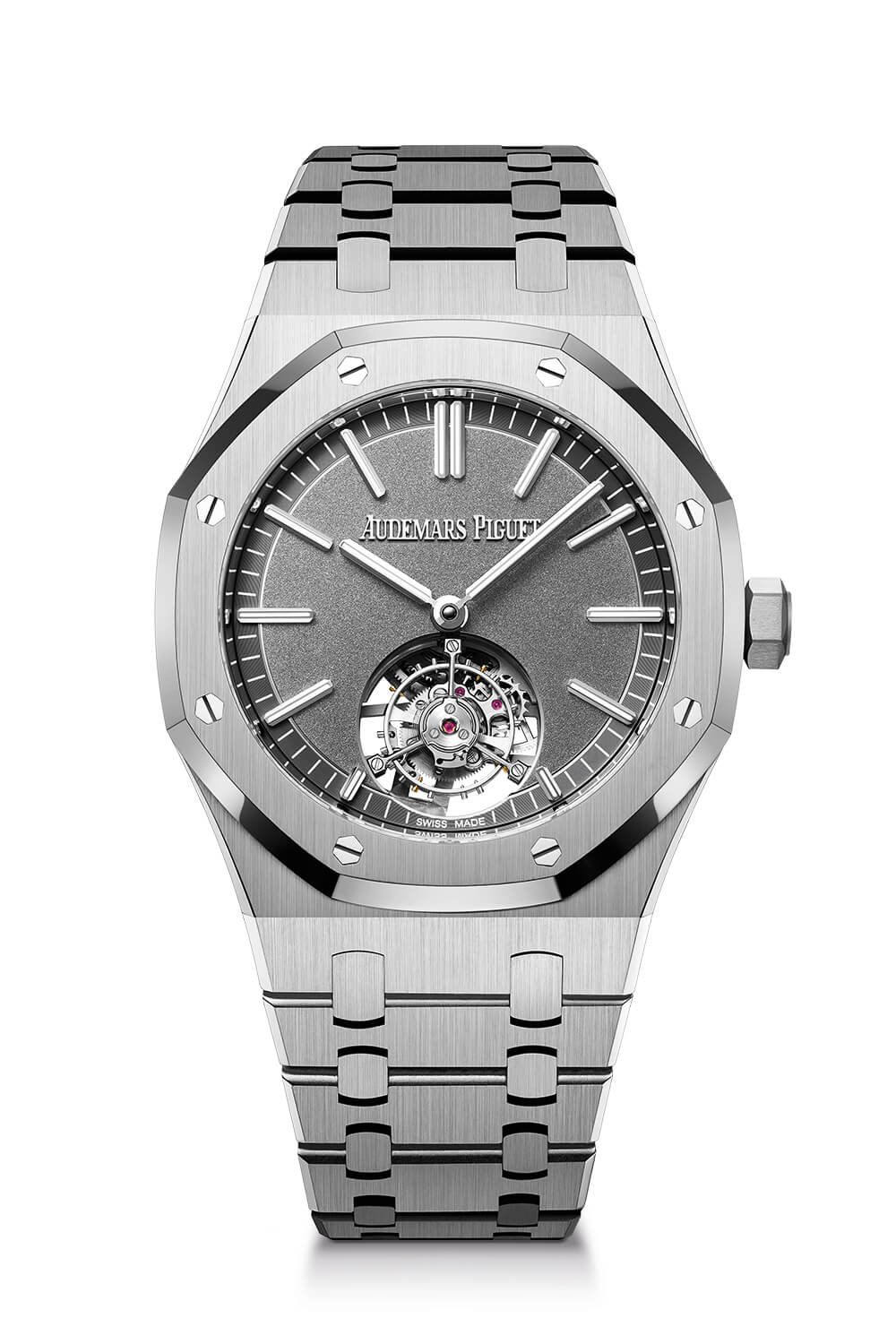 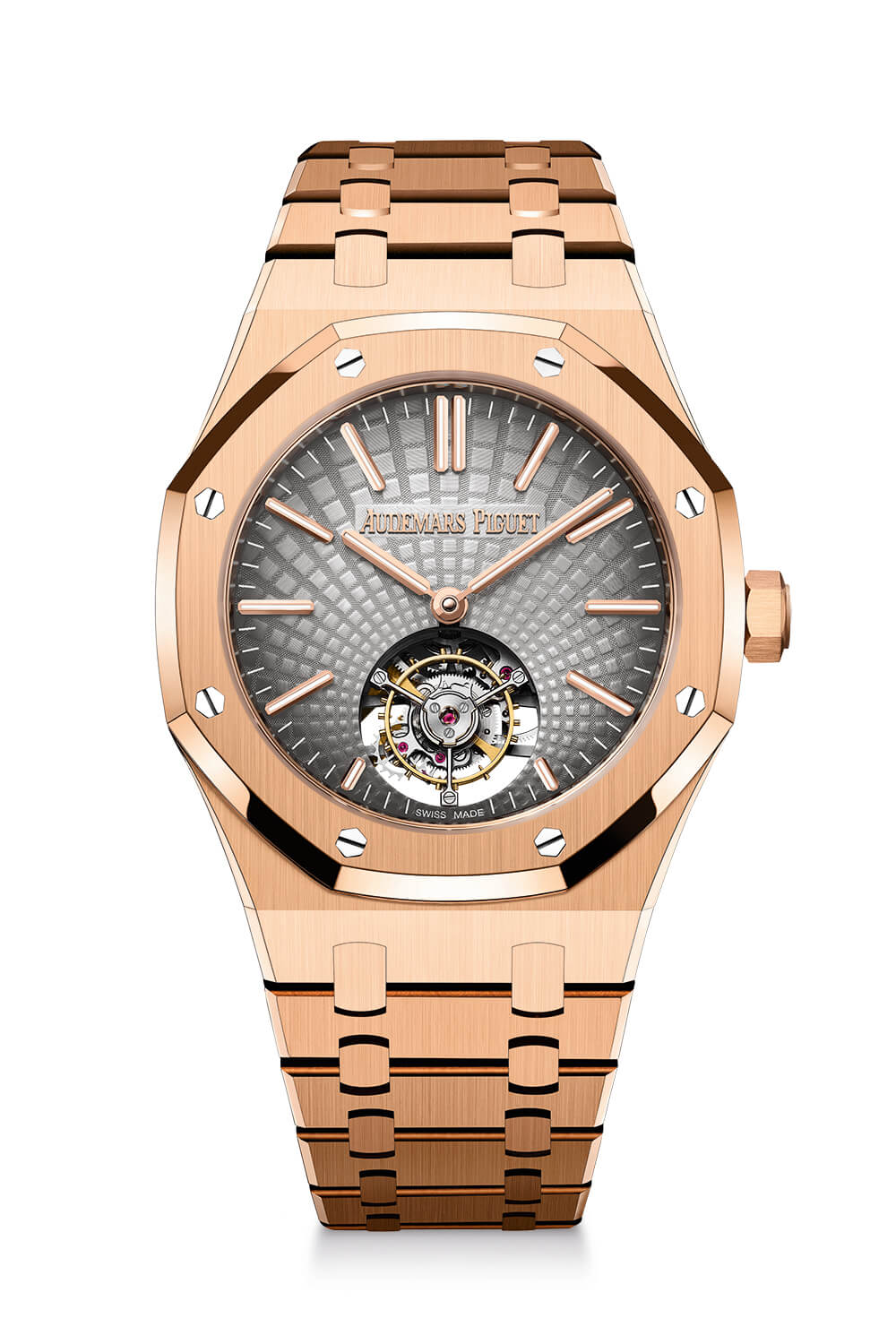 The fact that we now have the Royal Oak Selfwinding Flying Tourbillon proves that. It also happens to be one hell of a watch. In the titanium, of course.