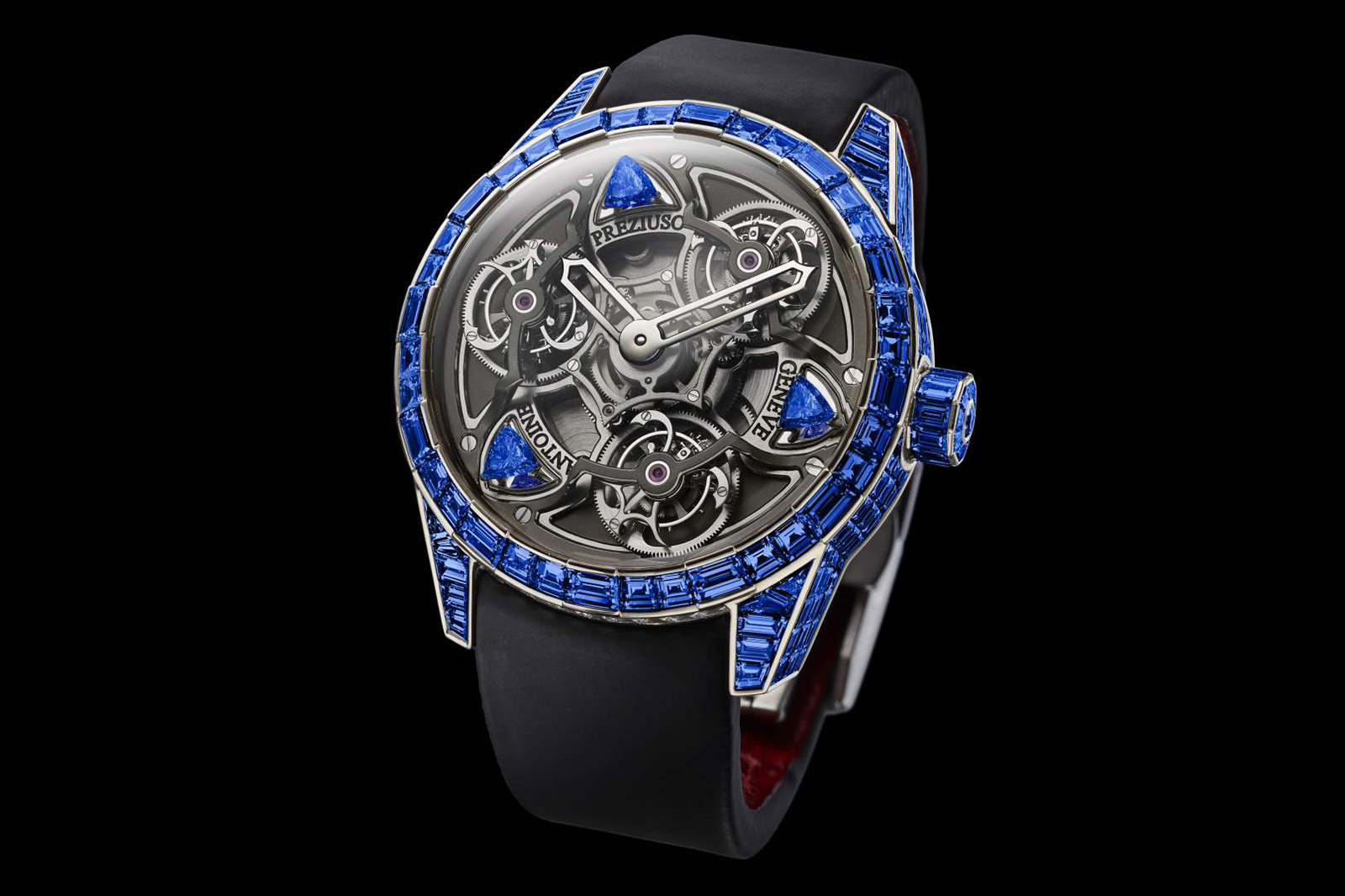 Independence breeds creativity, whether that’s in terms of design or technical mastery; it allows watchmakers to create things that larger brands wouldn’t know where to begin with. In perhaps no other watch is that more obvious than Antoine Preziuso’s TTR3 Blue Equalizer Frequencies.

This is not the kind of watch you can miss. Set with 233 sapphires totalling 24cts in a big, 47mm white gold case, it’s part jewellery watch, part watchmaking opus with every surface draped in bright blue. Hell, even the crown is fully-set with stones – and yet the jewellery side of the watch still somehow plays second fiddle. 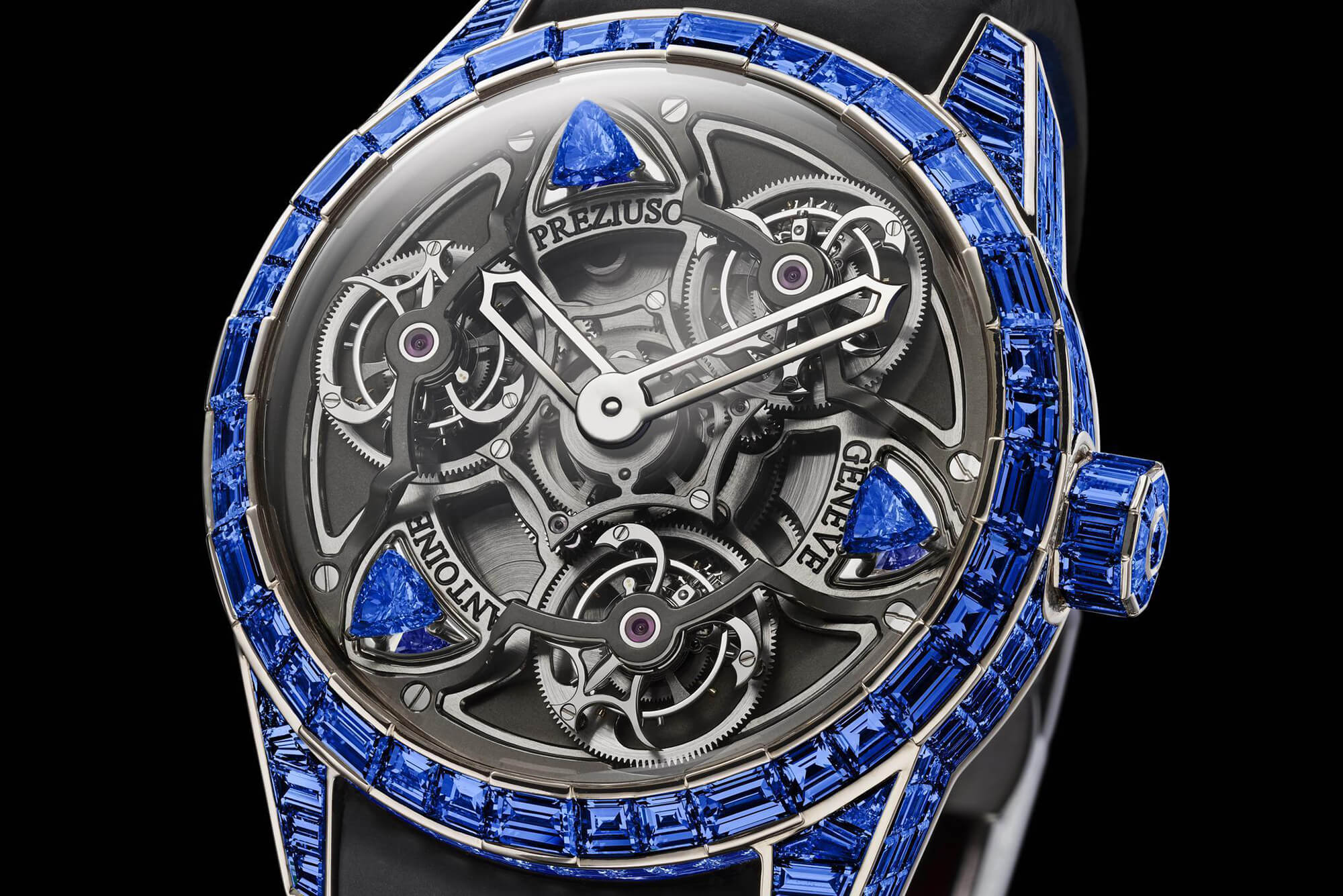 At the centre of the entire construction is Antoine Preziuso’s masterpiece, the tourbillon of tourbillons. As the name suggests, the incredible construction is built from three different tourbillons that are themselves set into a carousel. The individual tourbillons turn the usual once per minute, doubling therefore as second counters. The main carousel on the other hand complete six rotations an hour.

As if the complication itself weren’t enough, each tourbillon is accompanied by a substantial trillion sapphire floating beside it. The stones match the baguette-cut gems embedded across every surface of the dial and their brightness contrasts nicely with the otherwise monochromatic construction of the dial. 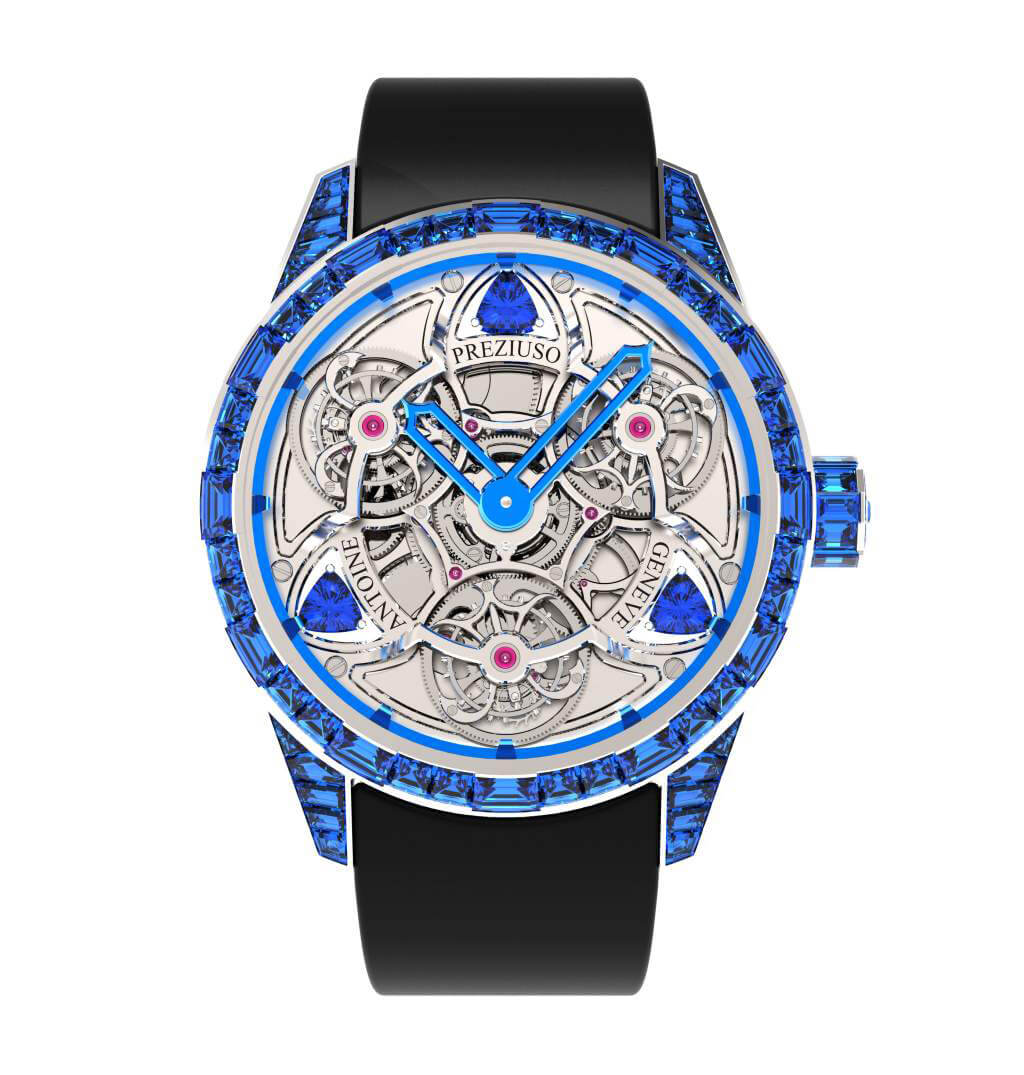 It’s a showpiece for sure, but the complication has more to it than the admittedly mesmerising visuals. Because of their closeness, the three tourbillons resonate with one another, synchronising and increasing their amplitude significantly. In short, it makes the mechanism markedly better, vibrating at a stable frequency of 3 Hz.

As a showcase for Antoine Preziuso’s unique take on the tourbillon, the TTR3 Blue Equalizer Frequencies is stunning. As an argument for independence, it’s impossible to ignore. An Introduction to Ochs und Junior