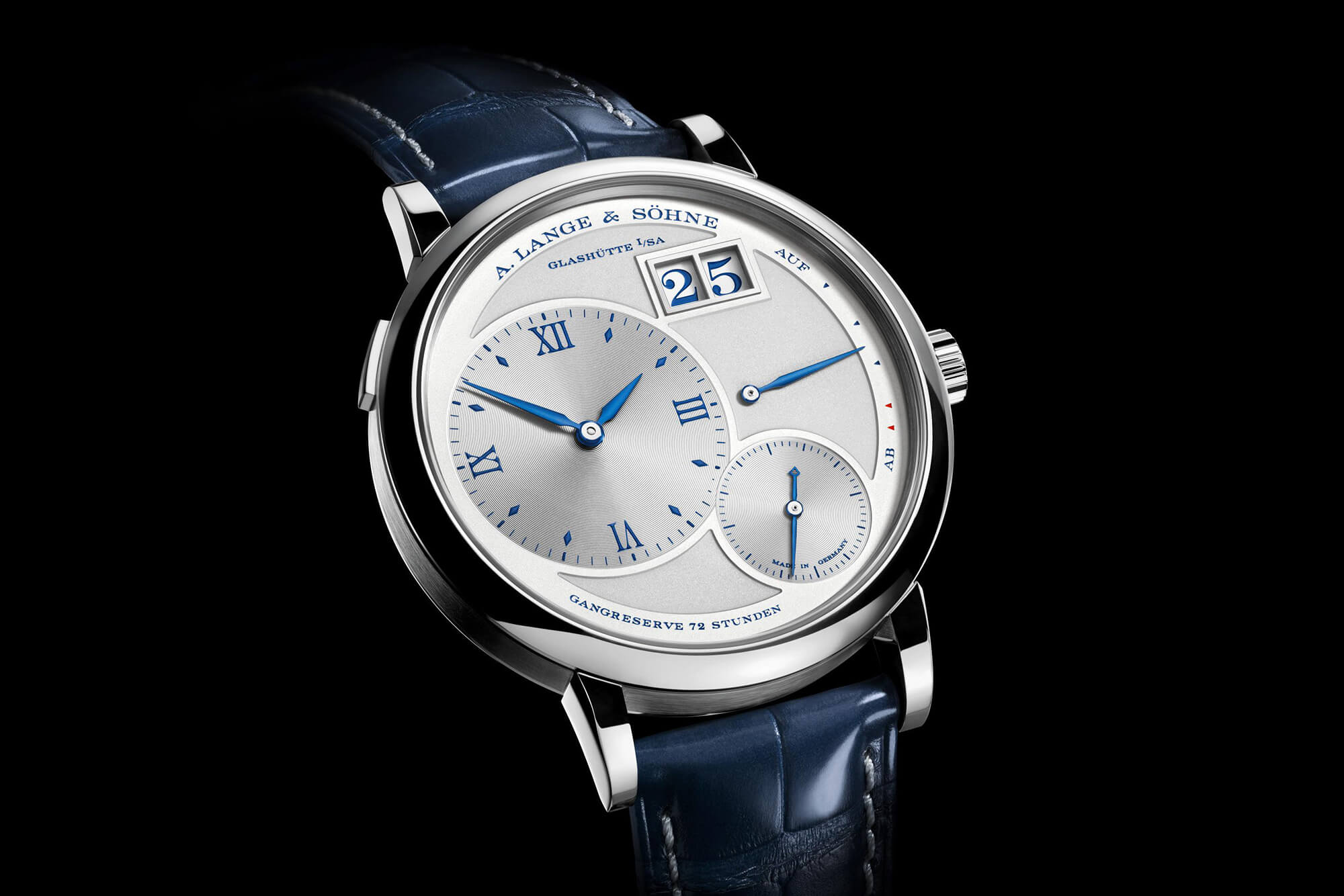 It seems that A. Lange & Sohne are in a celebratory mood. Their iconic Lange 1, the watch that all but built the watchmaker, is turning 25 this year and with it they are releasing a full-on capsule collection of limited edition releases. Having already run through numbers 1-6, we’re up to No. 7: the Grand Lange 1 25th Anniversary.

The Grand Lange 1, as the name suggests, is essentially a beefier, more contemporary take on the horological classic, upping the case size to 41mm from 38.5mm. On the flipside, that extra width actually allows for a thinner movement, creating a watch that feels completely different on the wrist despite the exact same design otherwise. 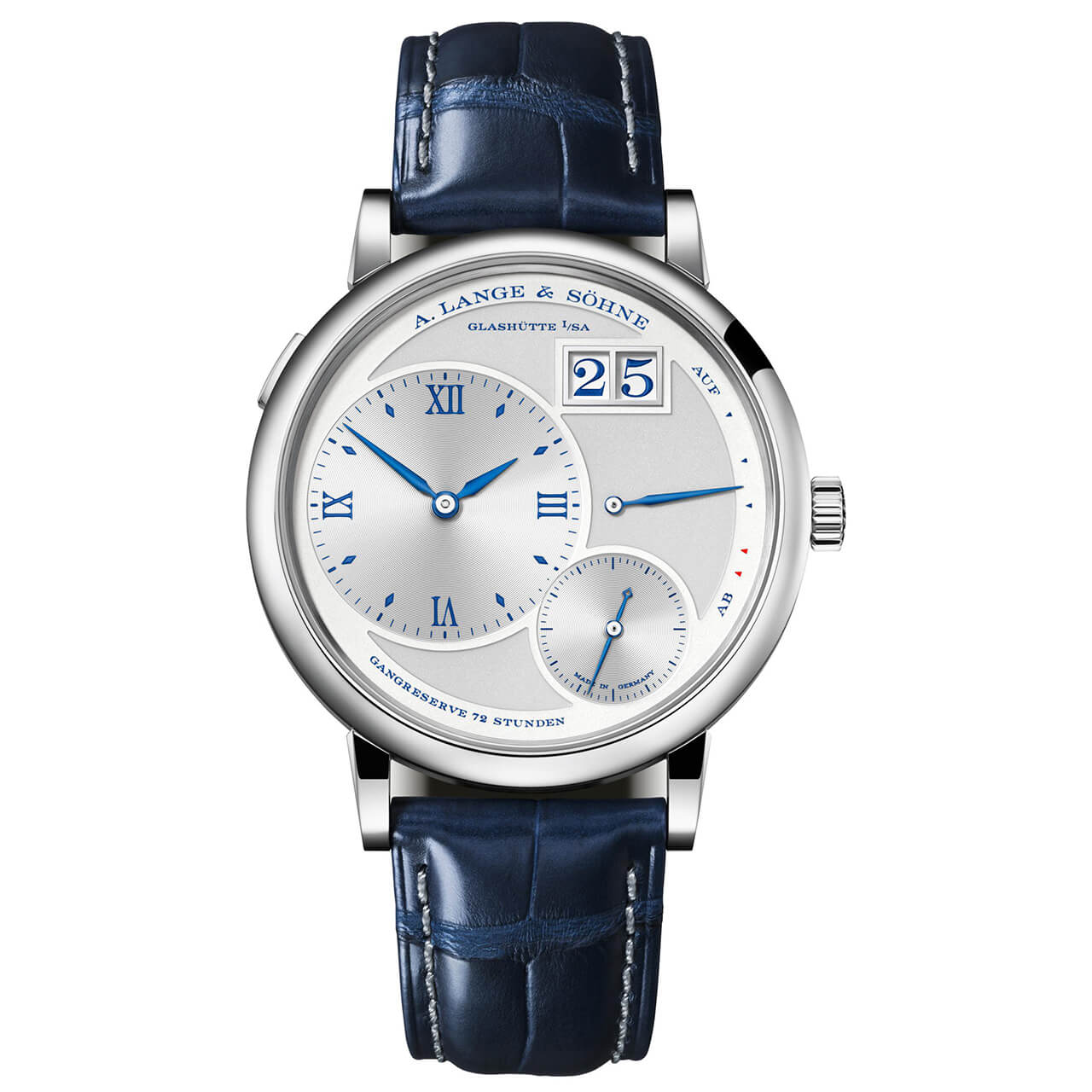 The 25th anniversary edition doesn’t rock the boat all that much, except for using a lovely white gold case. That precious metal is matched with a silver dial with blue hands and indexes. It’s a minimal look and one that all the pieces in the commemorative series share, very much a less-is-more affair.

The back is decorated subtly with the limited edition number, but otherwise lets the movement do the talking with an exceptionally wide exhibition back. Through it you can see the trademark Glashutte stripes and three-quarter plate, signatures of Saxon watchmaking. 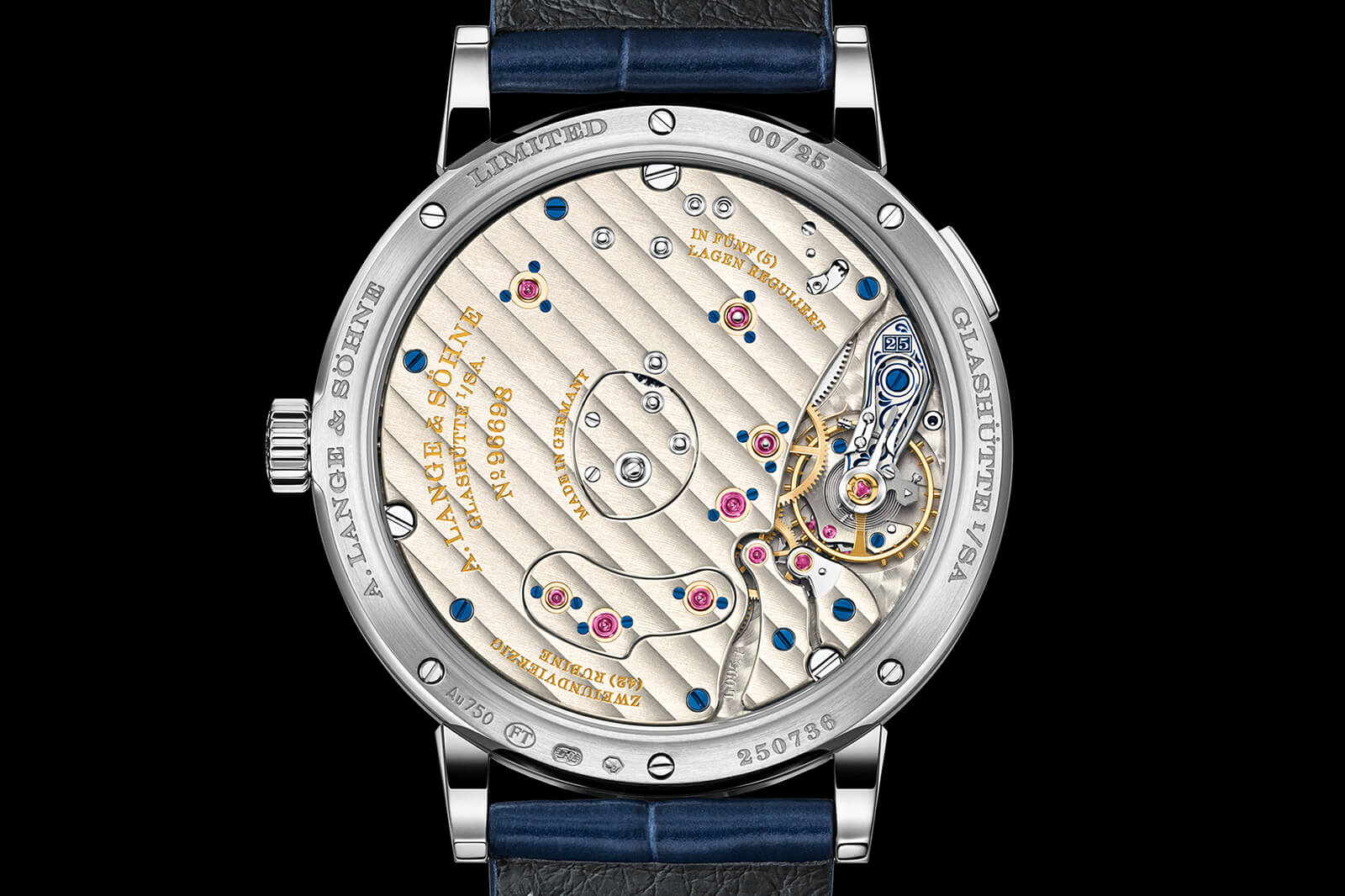 Other than a particularly lovely colourway, there’s nothing to separate the 25th anniversary edition from the usual Grand Lange 1, which for me works in its favour. There’s no flashy, limited edition-ness, just a beautiful take on an iconic watch that won’t be around forever.

In fact, given that the Grand Lange 1 25th Anniversary edition is limited to just 25 pieces – for a not insubstantial EUR 43,700 – it probably won’t be around long at all.