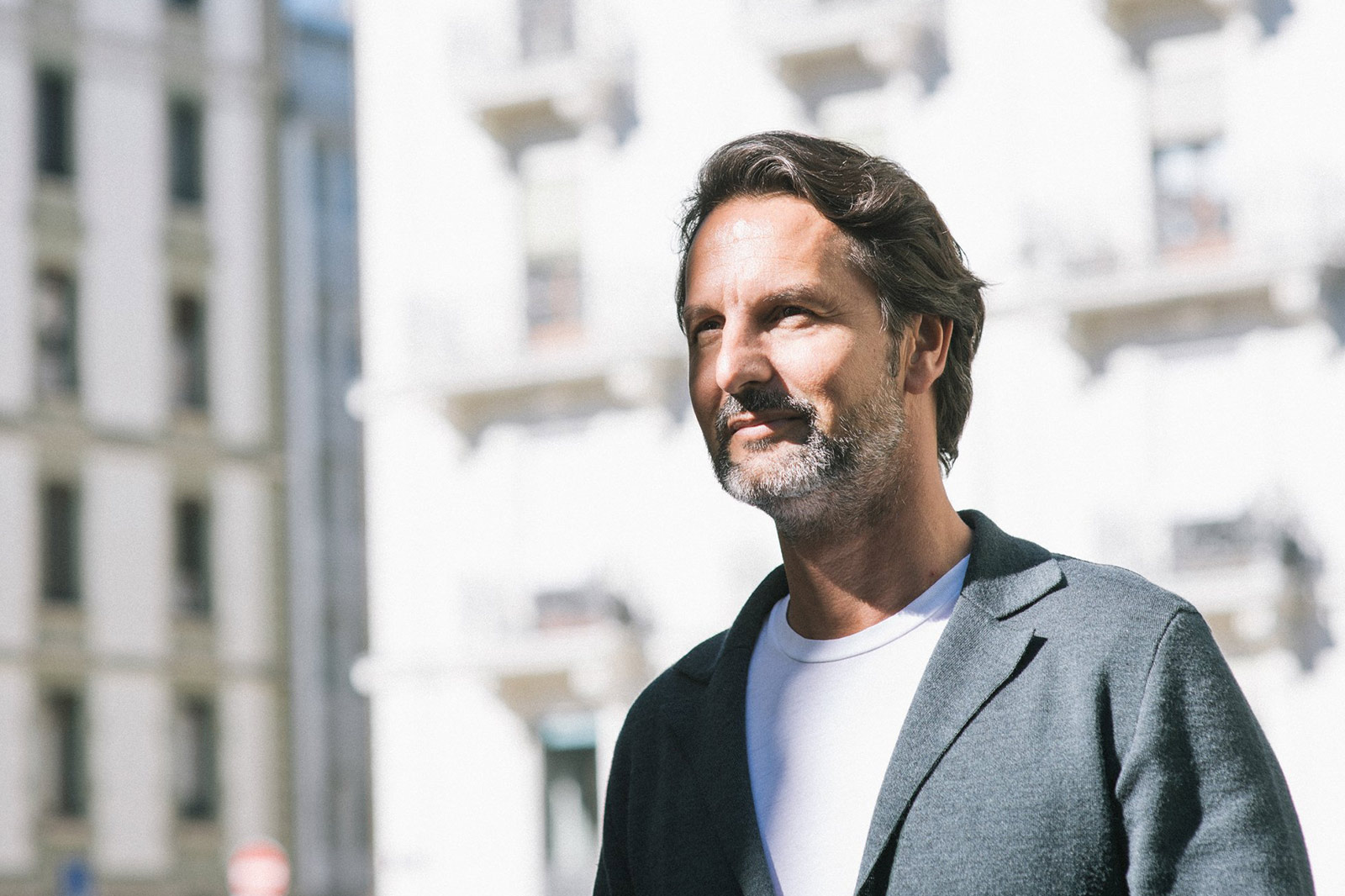 The most important things in life are to love and to create. It’s not a surprising sentiment to hear from the devilishly handsome brains behind the collaborative horological studio of MB&F. With their timepieces ranging from bulldogs to eyes to the slightly phallic starship that is the HM09, commerciality obviously doesn’t come into it.

All of those pieces I just mentioned however come under the oddly shaped umbrella of Horological Machines. This year on the other hand marks ten years of the LM series, the closest thing the studio has to a classical timepiece. Funnily enough, it was also a series that, according to Max, was never meant to be. 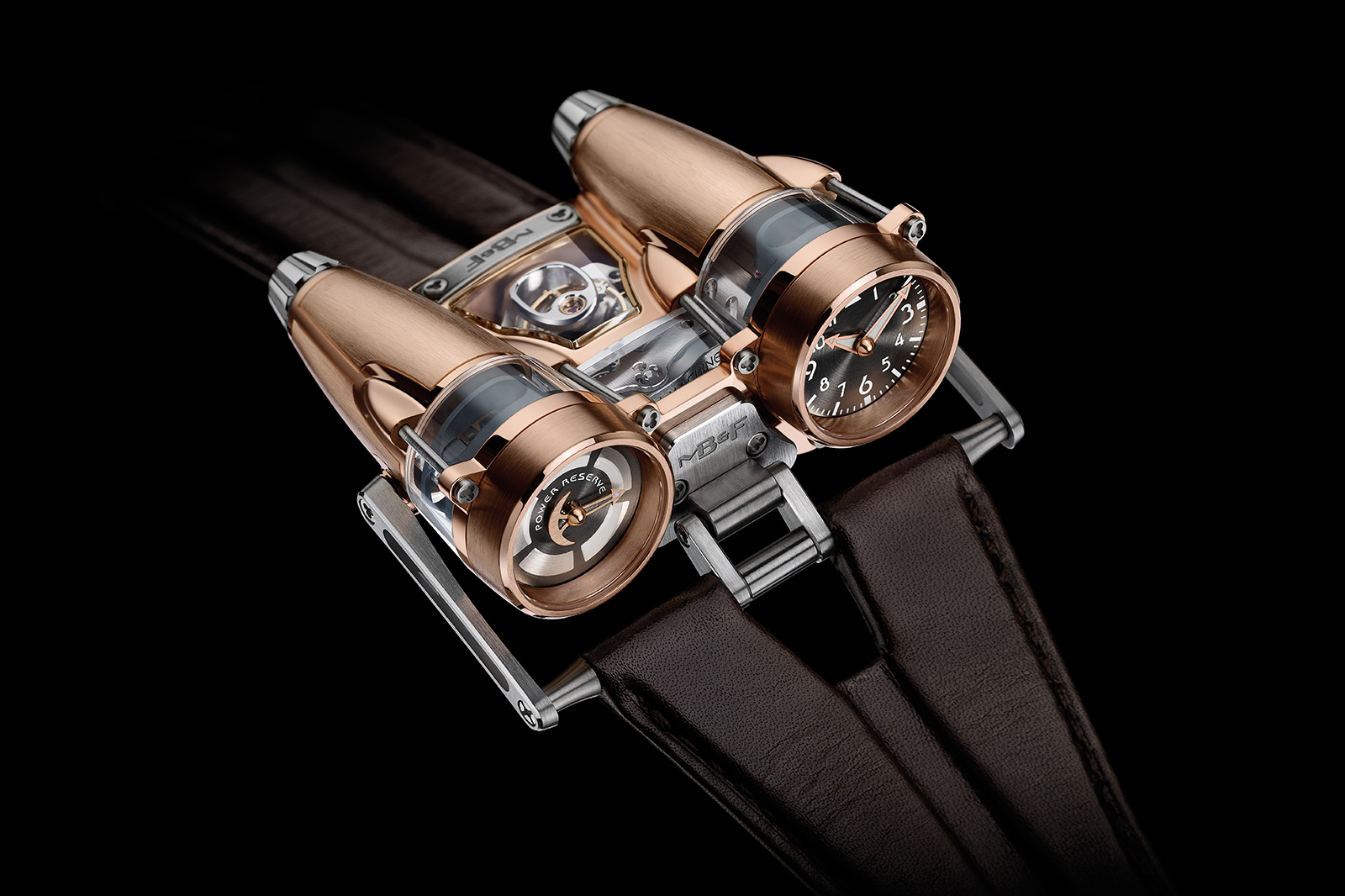 “LM 1 was never supposed to be LM, there was no idea to create a new range, a new line, nothing. On HM04 I started what I call my balance wheel fetishism – which is completely legal – and I wanted to see the most beautiful parts of the movement. So, I started drawing what looked like three tubes, one with the balance, one with the hours and minutes and one with the power reserve. Everything I came up with was absolutely God awful. So, one day I just thought, let’s do something classical, a round watch. It made my lead designer – and best man at my wedding – walk out of the room. But, being a dictator at the time, I won.”

Of course, stepping so far away from what was at the time the identity of MB&F required a bit of guidance, ideally from someone well versed in the more classical side of haute horology. Fortunately, there are few watchmakers more experienced in that field than the inimitable Kati Voutilainen. Unfortunately, after a quick meeting, it turned out that Kari was too busy to jump aboard the as-yet unnamed project. 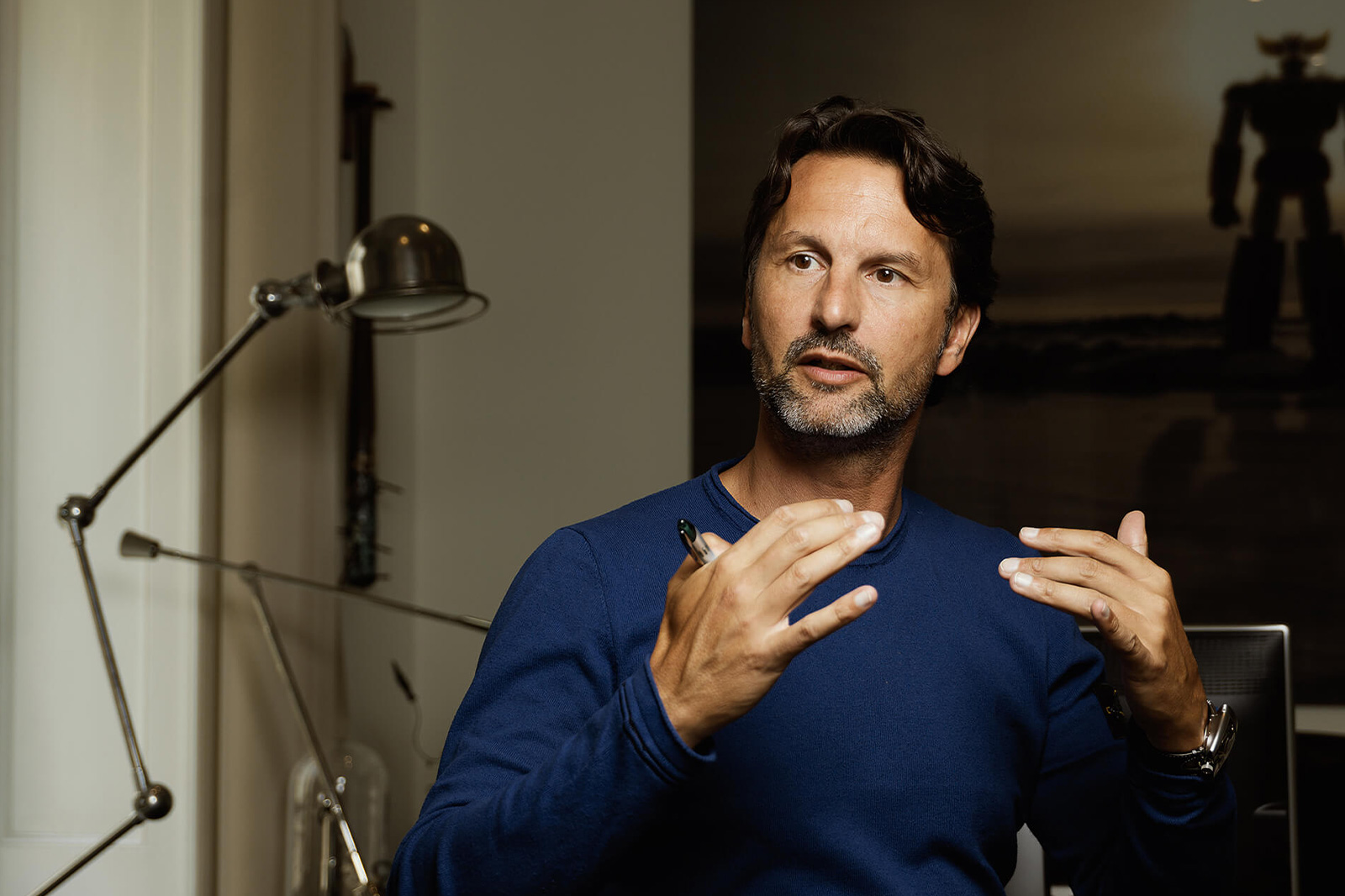 “So just to get a bit of feedback,” explains Max, “I brought out the drawing we’d put together for some pointers. “You can do this,” he said, “you can do that, I’d do this with the bridges,” three or four minutes of sketches and ideas. Afterwards I asked him again if he was going to do it, he cracked up with a big smile and said “yes, this is a project I want to be on.” That was the beginning of LM.

At the time it was a bit of a shock to the system for MB&F fans and fans of their breed of independent watchmaking. It was cool but classical, innovative yet entrenched in watchmaking past. It did however work as a kind of sister collection to the HMs.

As Max puts it, “The HMs and LMs come from two very different places, different sides of the brain. The HMs are a kind of psychotherapy for me, wild, creative sculptures. They sprout out of me and I don’t know where from. LMs on the other hand are incredibly structured, intellectual developments. LMs start with movements, HMs start with ideas.” 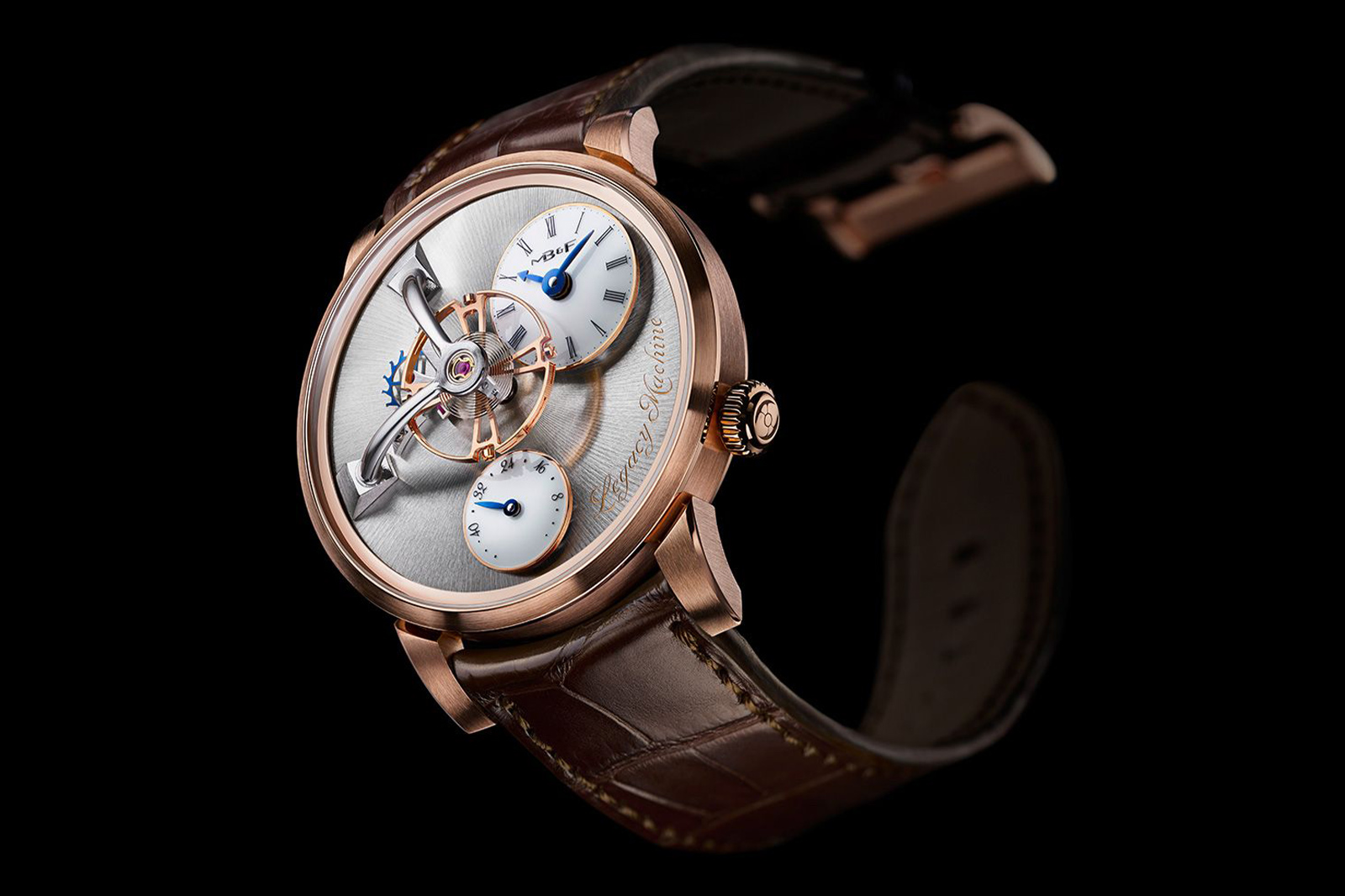 It’s easy to look at everything that MB&F has done and assume that somehow, Max has never made a misstep. There’s not a piece, be it HM, LM or table clock that’s not garnered critical praise and clamouring collectors. That is, except for one piece: the LM101.

“LM101 was the first and last time I listened to my clients and my retailers. We’d done LM 1 and everyone loved it… but thought it was too big. Pateks in those days were 39mm watches. It wasn’t the way I thought but sometimes you need to create a product to prove people wrong. So, we built it. It was what all the collectors wanted, what all the retailers wanted and when it came out… it was our biggest flop ever. It didn’t sell. Nobody wanted it.” 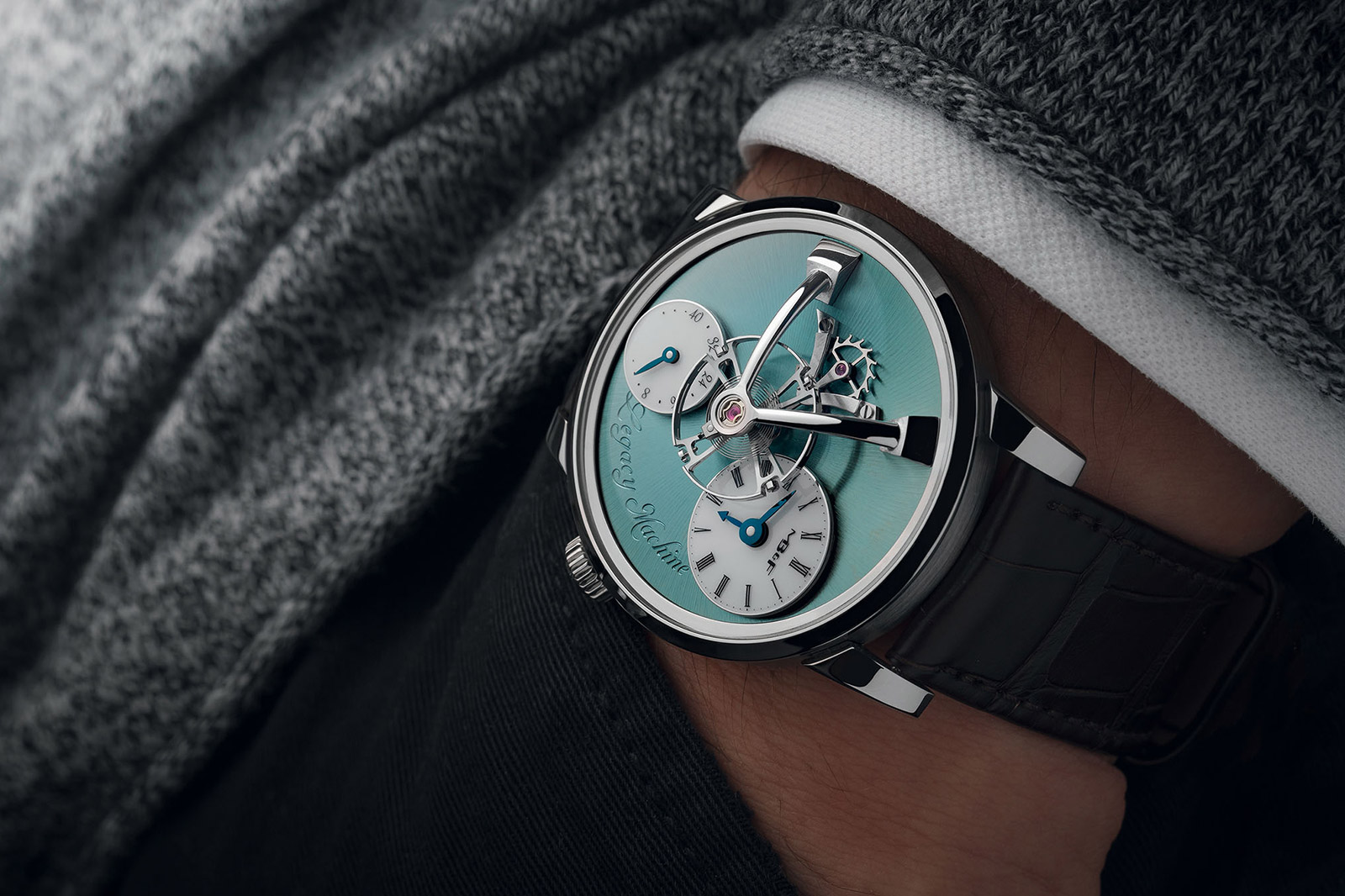 Then of course came Dubai Watch Week 2019. Like many brands exhibiting, MB&F decided that they needed to build a limited edition for the show and took a punt on a handful of 101s in palladium. They sold out in three weeks. Last year at Geneva Watch Days, they did the same again, this time in partnership with the maestros at Moser & Cie; all 60 pieces sold in four days.

“In short, I’m totally clueless as to what’s going to sell! So now we just create what we love and cross our fingers it works out.” That’s probably a good attitude for a brand like MB&F. If you’re wondering if a star chariot-shaped clock being ridden by an alien will sell, there’s not a huge amount to compare it to. It’s not exactly a well-populated sub-genre of horology. Hell, not even Max really knows where he gets these ideas. Not that he has no inclination about where they came from.

“I don’t think I get inspiration from anything in particular, but I always bear in mind something I believe Coco Chanel said: ‘he who insists on his own creativity has no memory.’ At least I think it was Chanel. However creative and crazy we are, we are the fruit of everything we have seen and heard, it seeps into us without us knowing and we bring something out of that. I know that I internalise things, even if I can’t pinpoint them exactly.”

“It’s why I make sure I take an hour every few days to just think. That’s what I want to tell the millions of people that don’t think they’re creative. Of course, you are! You’ve just shut down that part of your brain and convinced yourself you’re not. Everyone is creative, they just need the space to be.”

The MB&F Legacy Machine Sequential Evo marks a true milestone for the Avant Garde watchmaker who...