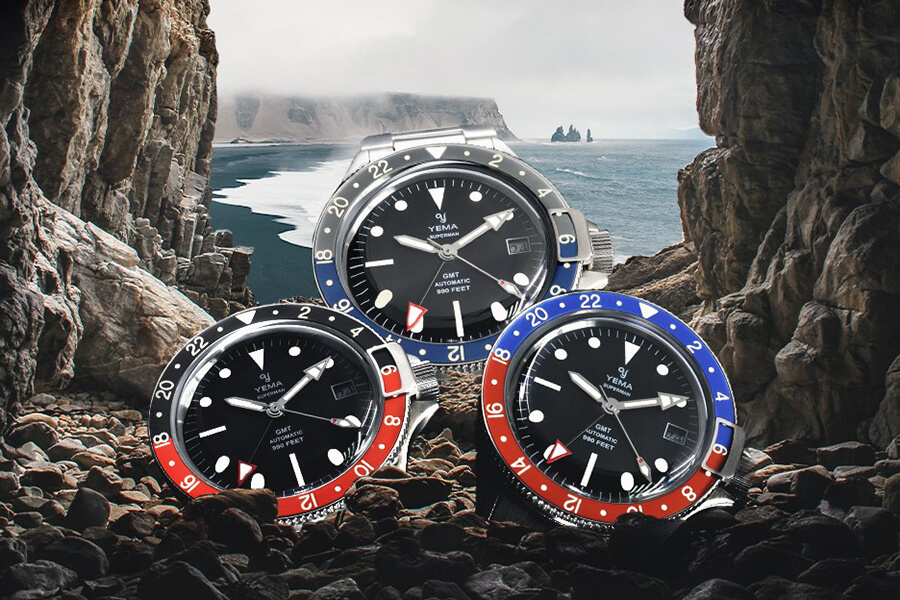 If I were to say ‘iconic 1960s diving watches’ there are some that instantly spring to mind. I won’t go through them all – and there are a fair few – as most you can still find today. Amongst them all though, there’s one that may have slipped under your sonar: the Yema Superman. That is a travesty. Not only was it one of the most iconic French tool watches of the era, it’s also making enough of a comeback to get the bends.

Founded in 1948 by pioneering watchmaker Henry Louis Belmont, Yema came into its own with the creation of the first Superman back in 1963. It was a serious piece of watch, water resistance to 300m and equipped with a signature bezel lock rather than the usual unidirectional version so often used. 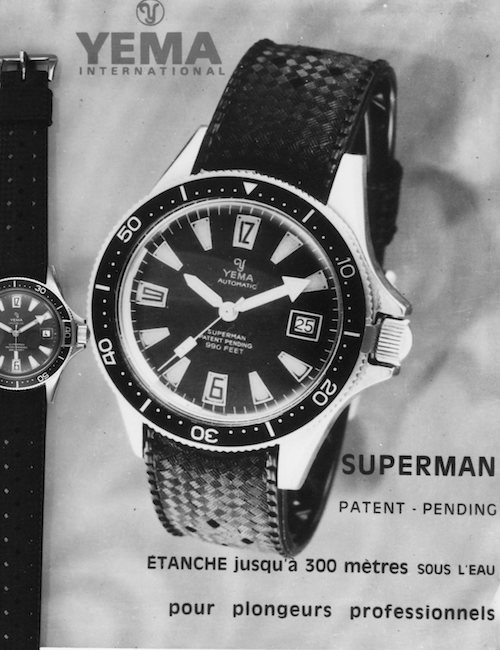 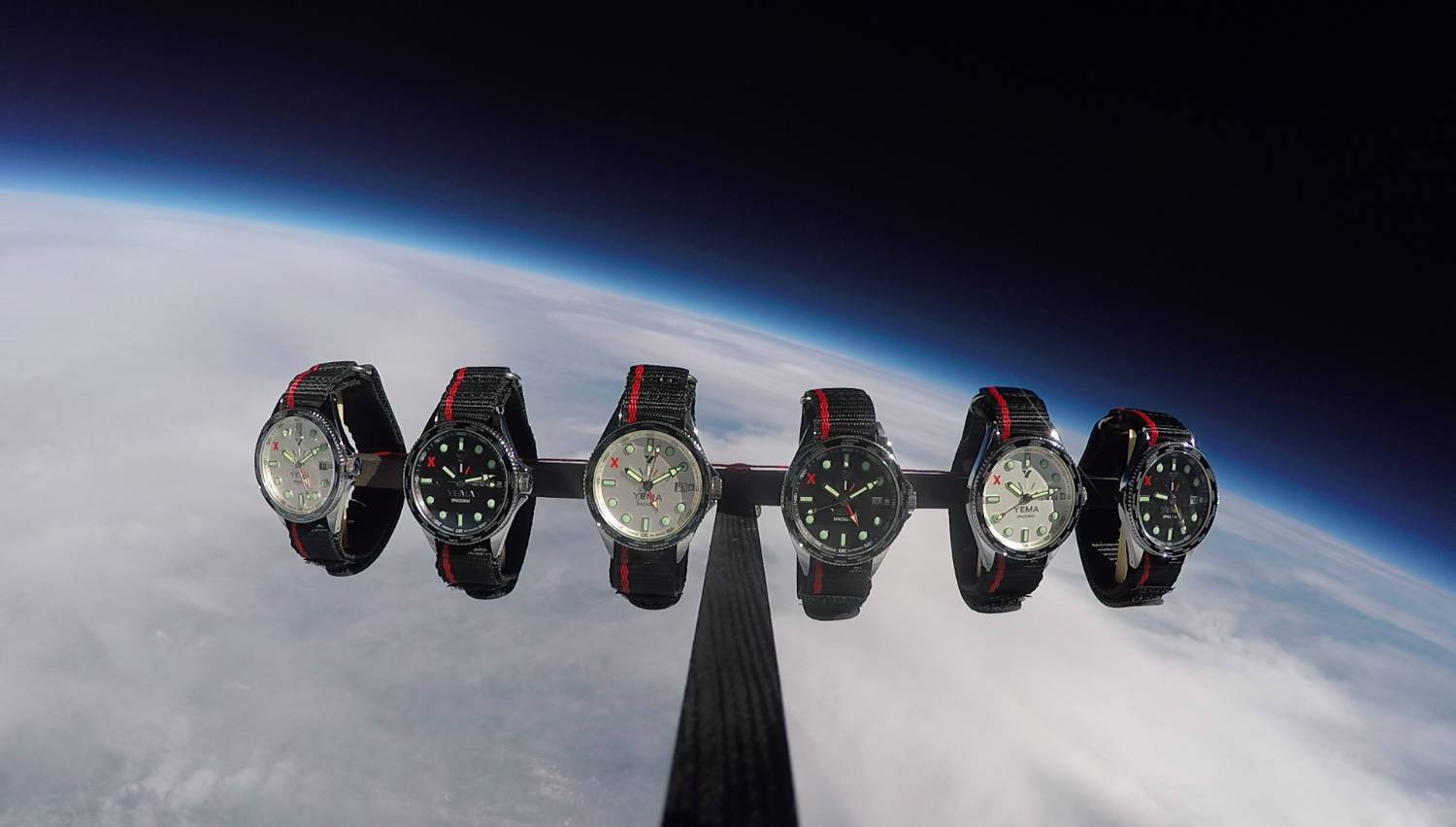 In fact, the Superman was rugged enough to be picked up by the French Air Force to equip its pilots. Sure, it’s a diving watch rather than an aviation, but if it can survive the depths of the ocean a little altitude is nothing, particularly when it’s still easy to read at a glance – the hallmark of all pilots’ watches. 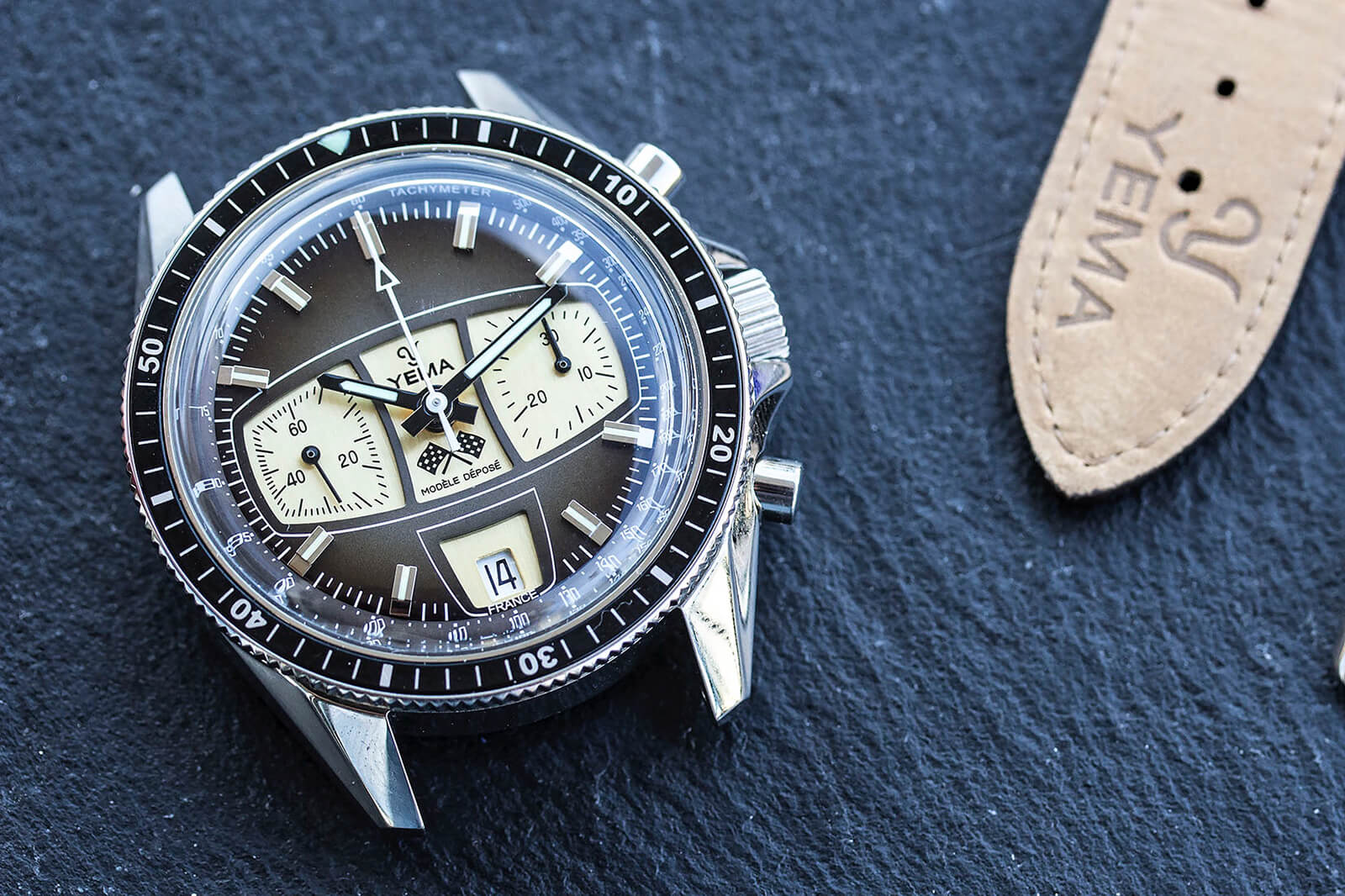 The Yema Rallygraf Heritage (€2,249) is a new version very close to the original Rallygraf.

Over the years Yema hit many a milestone. It created the famed Rallygraf worn by F1 driver Mario Andretti in 1966; it was the first French watch in space courtesy of Jean-Loup Chretien, equipped with the Yema Spationaute 1 in 1982 and in 1986 made it to the North Pole on the wrist of Jean-Louis Etienne during the French adventurer’s 800-kilometre solo trek, the first man ever to manage the feat.

More recently, Yema created a watch in honour of 2017’s Proxima mission, the tenth French astronaut mission ever. The result was the cool, clean and sport Spacegraf, a watch nestled somewhere between its famous Spationaute and the legendary Rallygraf. 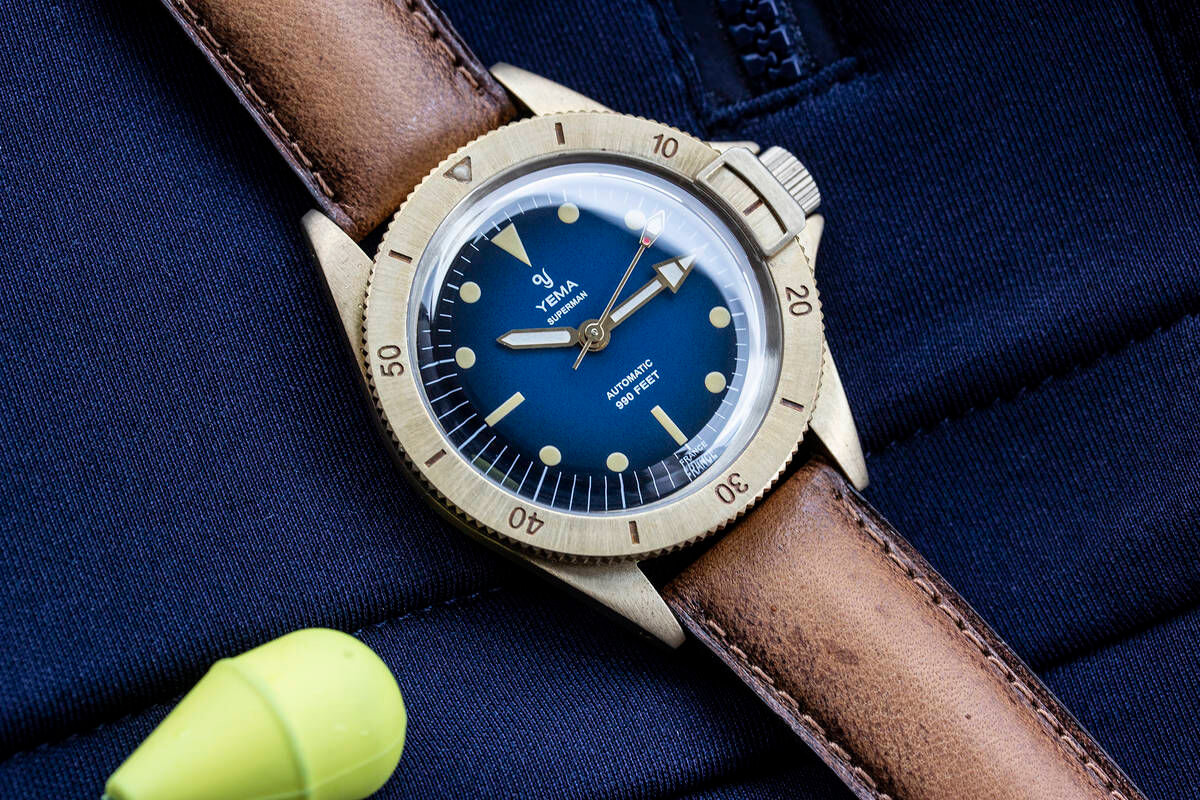 It’s one hell of a history and the kind that most watch lovers should know more about. That said, Yema’s most recent release might just help hammer home its heritage. At the very least the Superman Heritage Bronze Limited Edition has caught the imagination of some dedicated collectors; the watch was funded on Kickstarter in just 40 minutes.

A complete re-issue of the 1970s version of the Superman, the bronze-clad watch is a welcome alternative to the raft of Submariner clones out there, limited to 1948 pieces in honour of Yema’s foundation. It’s distinctly sloping inner bezel gives a porthole feel, emphasised here by the most steampunk of metals. Said porthole looks out onto an ocean blue dial with retro cream indexes.

Inside it is Yema’s in-house movement, developed over two solid years by the brand’s own Morteau workshops. It’s the perfect accompaniment for a tool watch, a workhorse with accuracy and reliability at its heart.

As a watchmaker, Yema has a history to rival the greats and theirs is a name that every dedicated watch lover should know. Well, thanks to the new Superman Heritage Bronze Limited Edition, you might well be hearing it on collectors’ tongues once again. Find out more about Yema on their website.