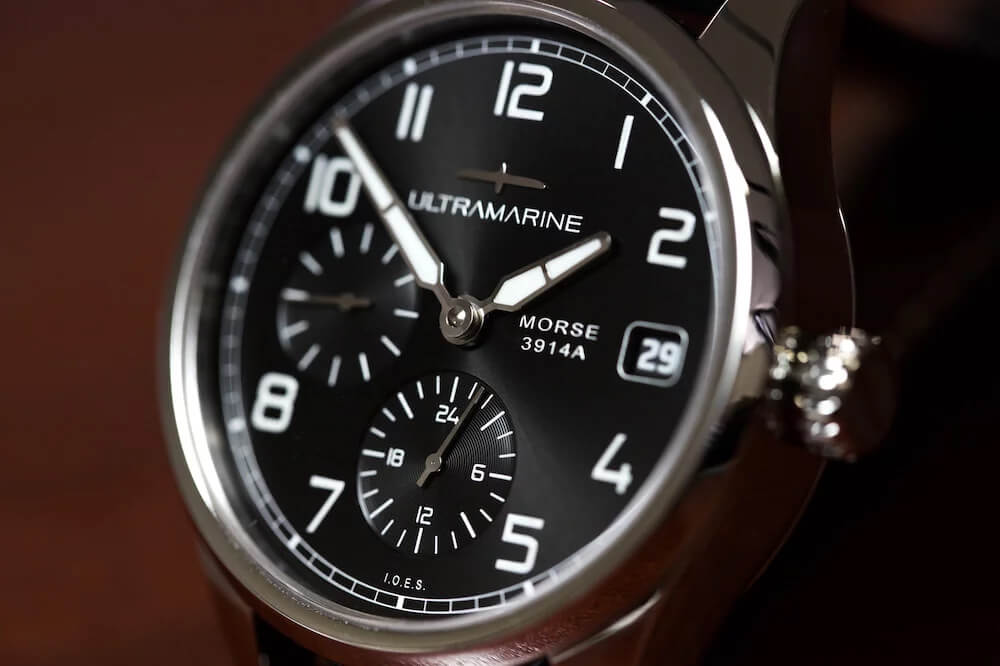 I know you don’t want to believe it but I’m afraid I have to say, most watches are made in China. That lovely ‘made in Switzerland’ moniker they tell you? In most cases that’s a stretch at best; in some it’s downright dishonest.

Ok, let’s be honest, you probably knew that already. It’s something that many a collector has had to come to terms with over the years, accepting that some things just aren’t what they say on the label. Lionel Bruneau was not such a collector.

After discovering the dirty truth, the Frenchman opted not to take it lying down and instead laid plans to correct, at least in part, the issue. Three years back he began working on his initial designs and in 2017 built his first watch.

The core of that watch wasn’t the usual ETA movement of which there are far, far too many. It wasn’t even a Valjoux, almost as populous nowadays. Instead it was an Eterna calibre 39, a much more interesting piece of watchmaking. Design finished, Bruneau moved to Switzerland and set about creating his brand: Ultramarine.

Ultramarine’s inspirations are pretty obvious; its logo is an Albatross, the kind you’re advised not to shoot down while at sea. They’re not diving watches as such – the Morse, for example, has a water resistance of 100 metres and no rotating bezel in sight. They are however timepieces dedicated to the sea, practical tool watches built to survive the elements.

More importantly however, they’re watches that go against current thinking. If you ask why Swiss watches are so expensive, generally the answer will be because they are made in Switzerland. Quality and price go hand-in-hand, so it’s as good an answer as any. Except, oddly enough, that Ultramarine has created the same quality at an extraordinarily acceptable price.

Not only does an Eterna movement, well-finished and executed in a great-looking case cost under £2,000 – well under current ‘entry-level’ watches – but they’re built in small batches too. Normally this makes things more expensive, a trade-off for the increased quality of each batch. If that’s the case and Ultramarine manages to scale up, we might well be in for even lower, more accessible pricing in the future.

Still, even if you don’t really care about all that and the fact that most Swiss watches come from elsewhere doesn’t make you sad, there’s a lot to love about Ultramarine. As we said previously, the Morse is a handsome watch and the upcoming Albatros, a simpler field-style watch is planned for this month, so watch this space.

Finally, because Ultramarine really wants to make the Swiss watch industry at large take a long, hard look at itself, the brand is also donating ten per cent of its profits to marine protection and conservation, bringing its oceanic inspirations full circle.

So there you have it: well-priced, well-finished, well-made timepieces that go some way towards helping a good cause. If that doesn’t sound like an unsustainable impossibility, nothing does. Except that in Ultramarine’s case it’s true – and should have certain brands very, very worried indeed.