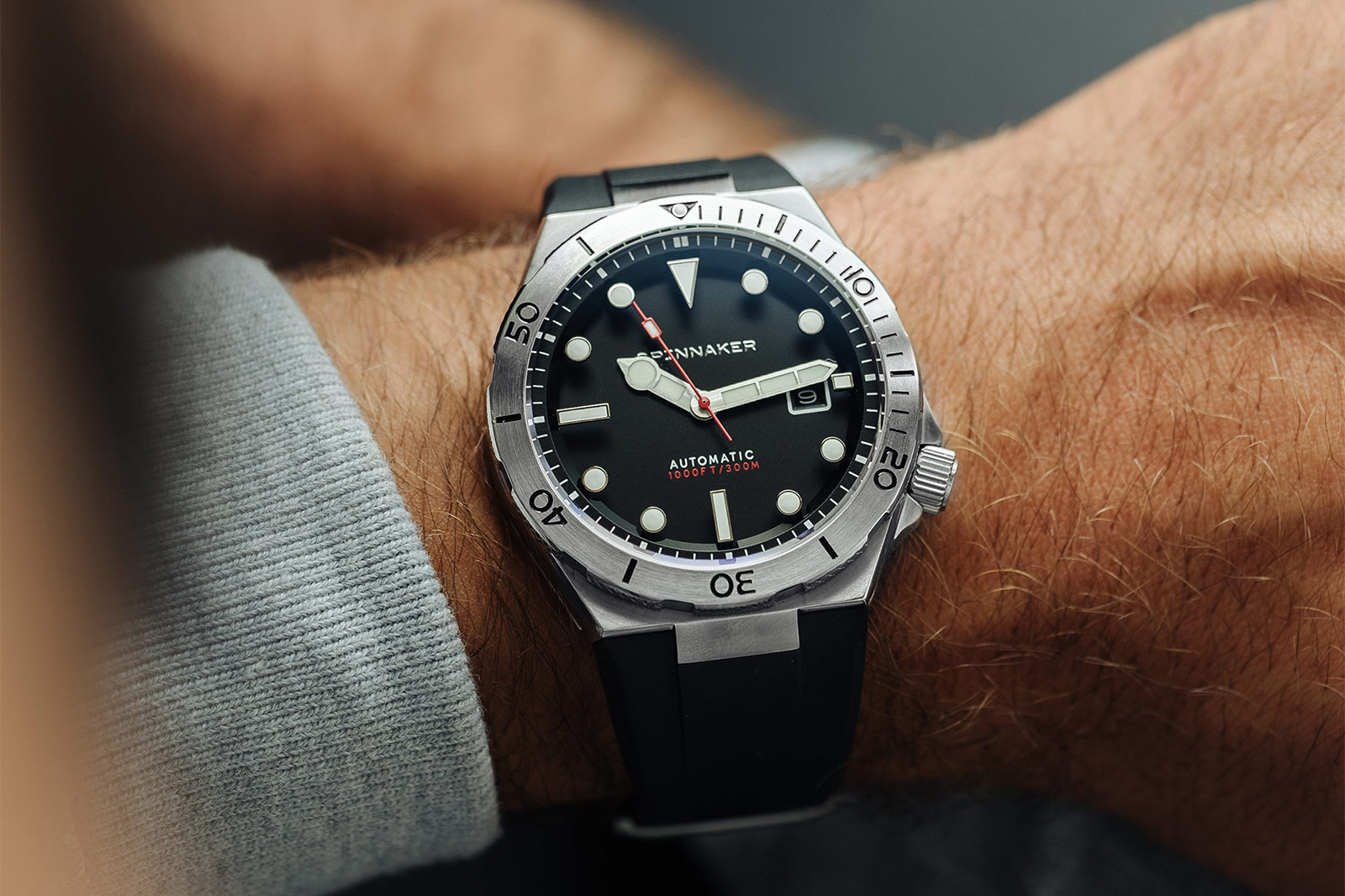 If any brand were to epitomise the phrase from the beach to the boardroom, it’s Spinnaker. In fact, it’s practically impossible to mention Spinnaker without also mentioning diving watches in the same breath. They produce one of the most diverse and versatile ranges of dive watches around. And better yet, all of them appreciably accessible.

We could wax lyrical about the importance of diving to the history of watchmaking until the cows come home but chances are you already know all that. Instead, let’s get stuck into a couple of Spinnaker’s latest releases and see what makes them beachside essentials. 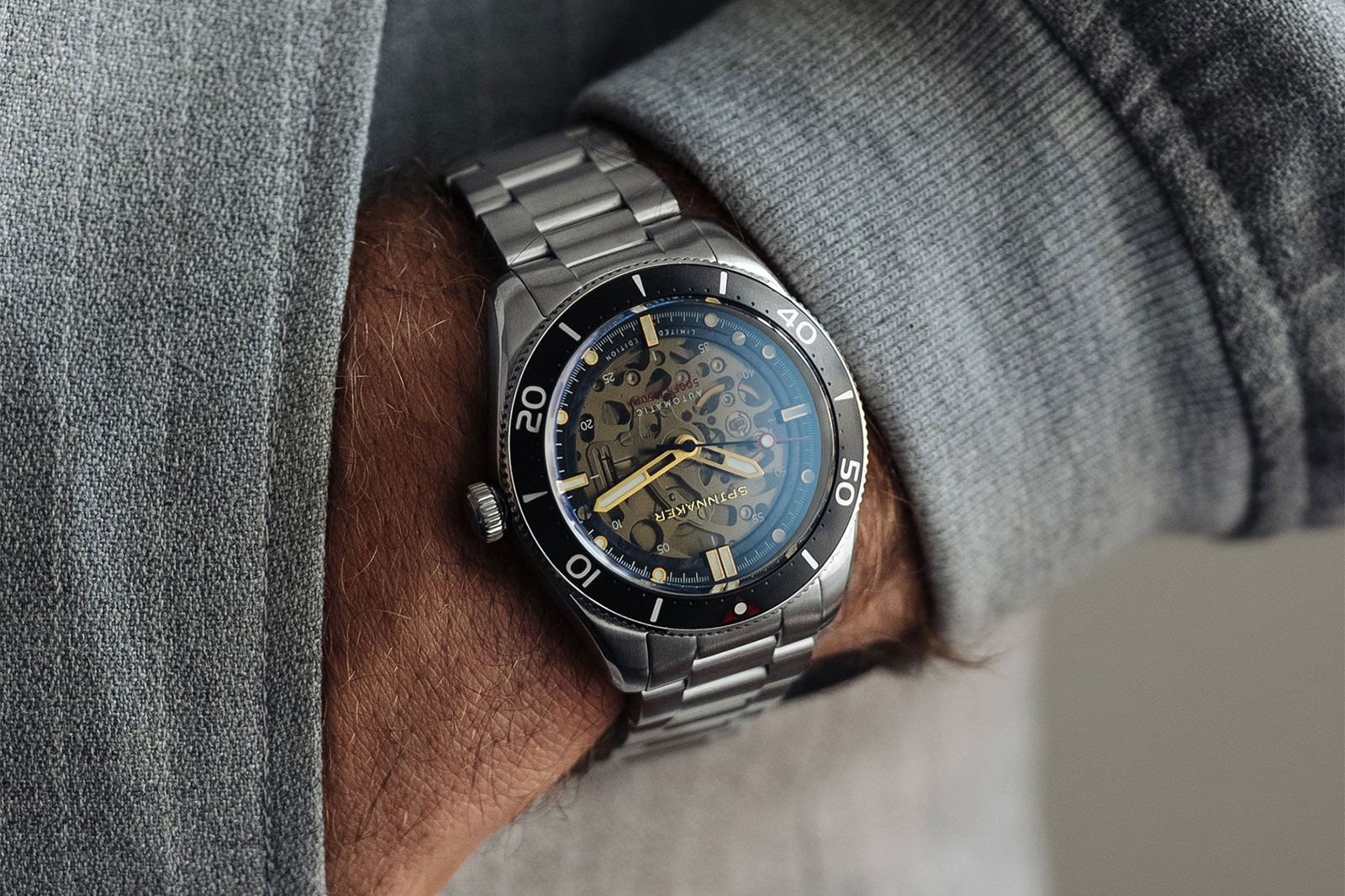 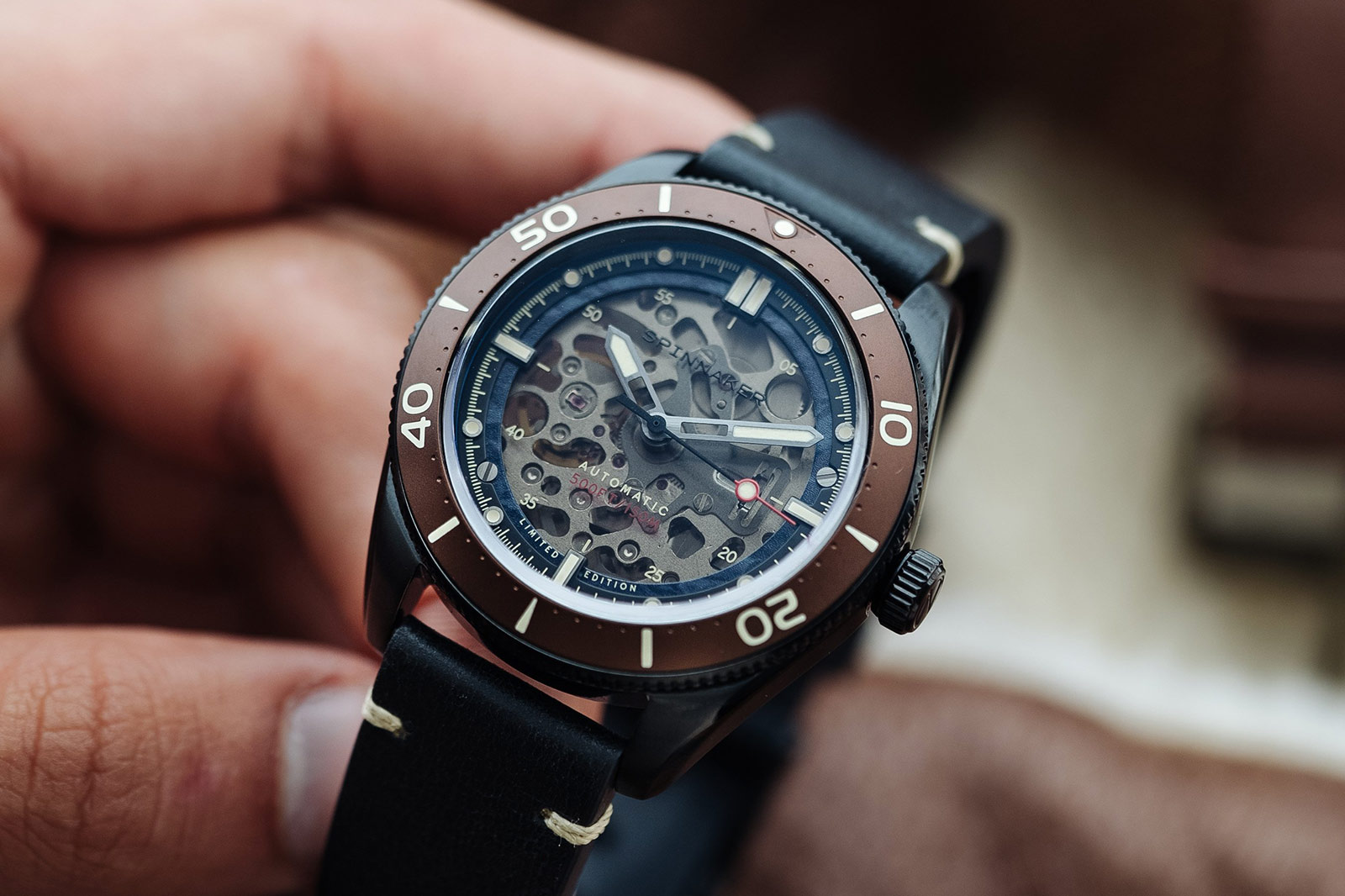 The Croft Mid-Size Skeleton is a limited edition watch that was announced at the start of November. It has a robust 40mm diameter case in stainless steel that has a water resistance of 150m, so it’s more than well equipped for a splash about. It’s accompanied by an aluminium plate unidirectional rotating bezel which helps to round out the case’s traditional diving aesthetic.

However, the dial is where things get interesting because, in short, it’s not a traditional diving watch dial. That’s entirely due to the fact that the Croft Mid-Size Skeleton is (surprise, surprise) a skeleton watch with an open worked dial. Most diving watches avoid skeletonization because it can negatively impact the legibility of the watch and readability is vital under water. However, Spinnaker have mostly avoided that issue by using large, applied hour markers and thick hands that have plenty of lume. 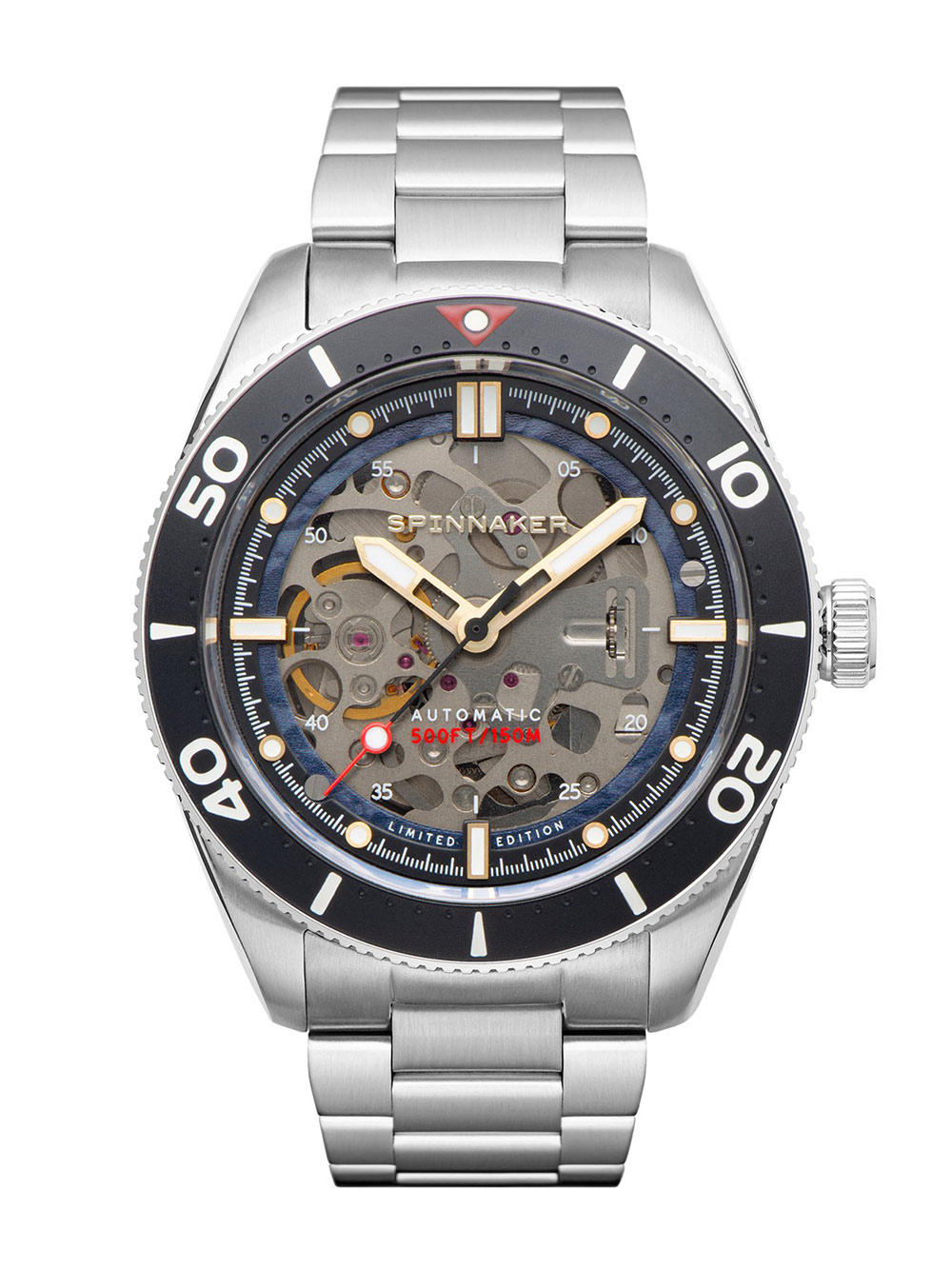 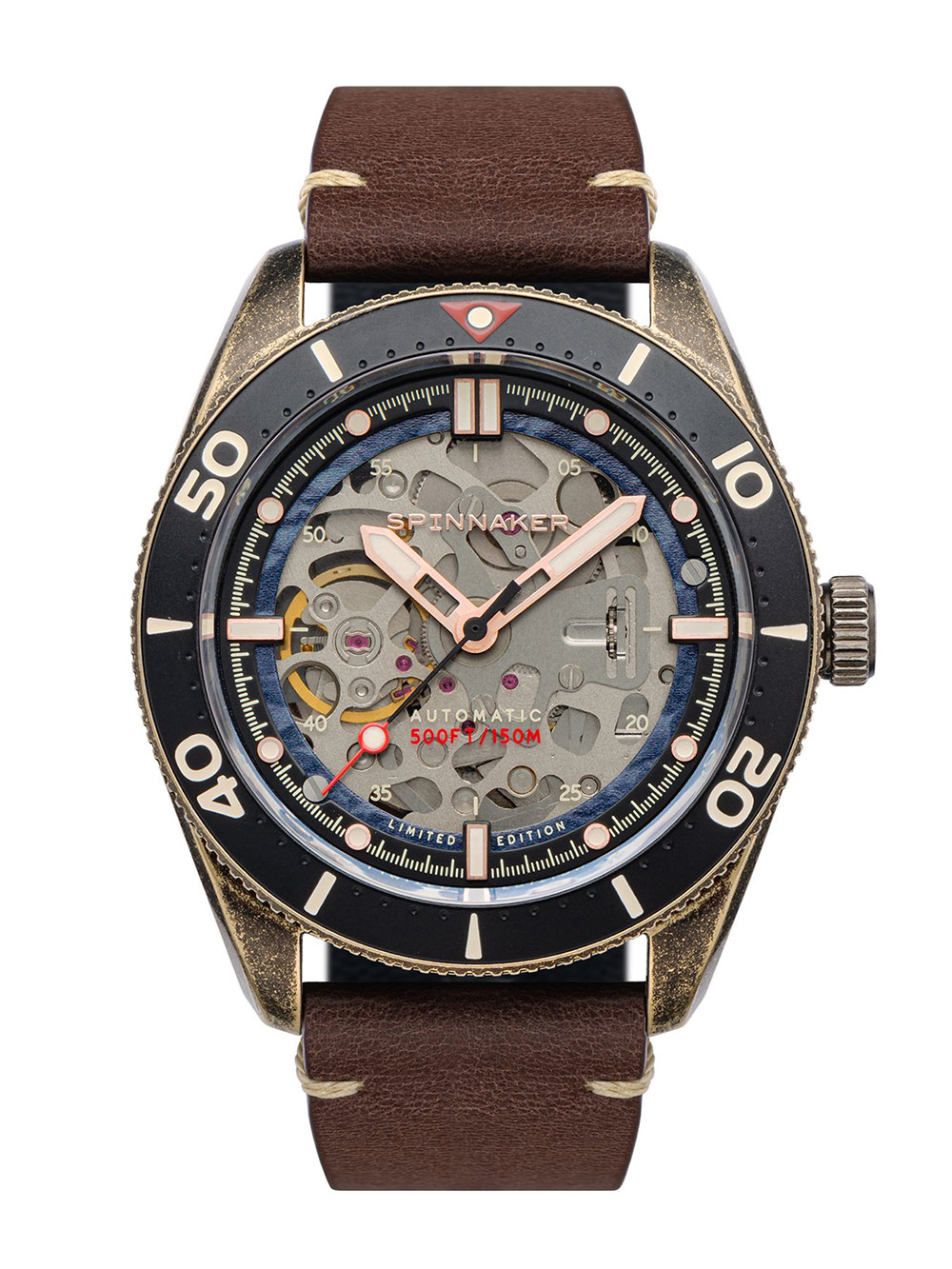 Ultimately, it does change the watch from being a dedicated diver to more of a poolside watch. It looks great above water and is happy enough taking a dip once in a while, but if you want a more serious swimming watch then Spinnaker have other options, as we’ll see shortly. The movement that’s on display is the TMI NH70, which is the skeleton version of the widely used Seiko NH35 and has a 41-hour power reserve.

For more adventurous water activities, look to the Spinnaker Boettger. It’s larger than the Croft with a case diameter of 42mm but that comes with increased water resistance of 300m. The dial is also more typical of dive watches with a plain style that provides excellent readability. It has an unquantifiable air of solidity and sturdiness that’s reassuring in a tool watch, probably due to the no nonsense bezel and integrated strap. 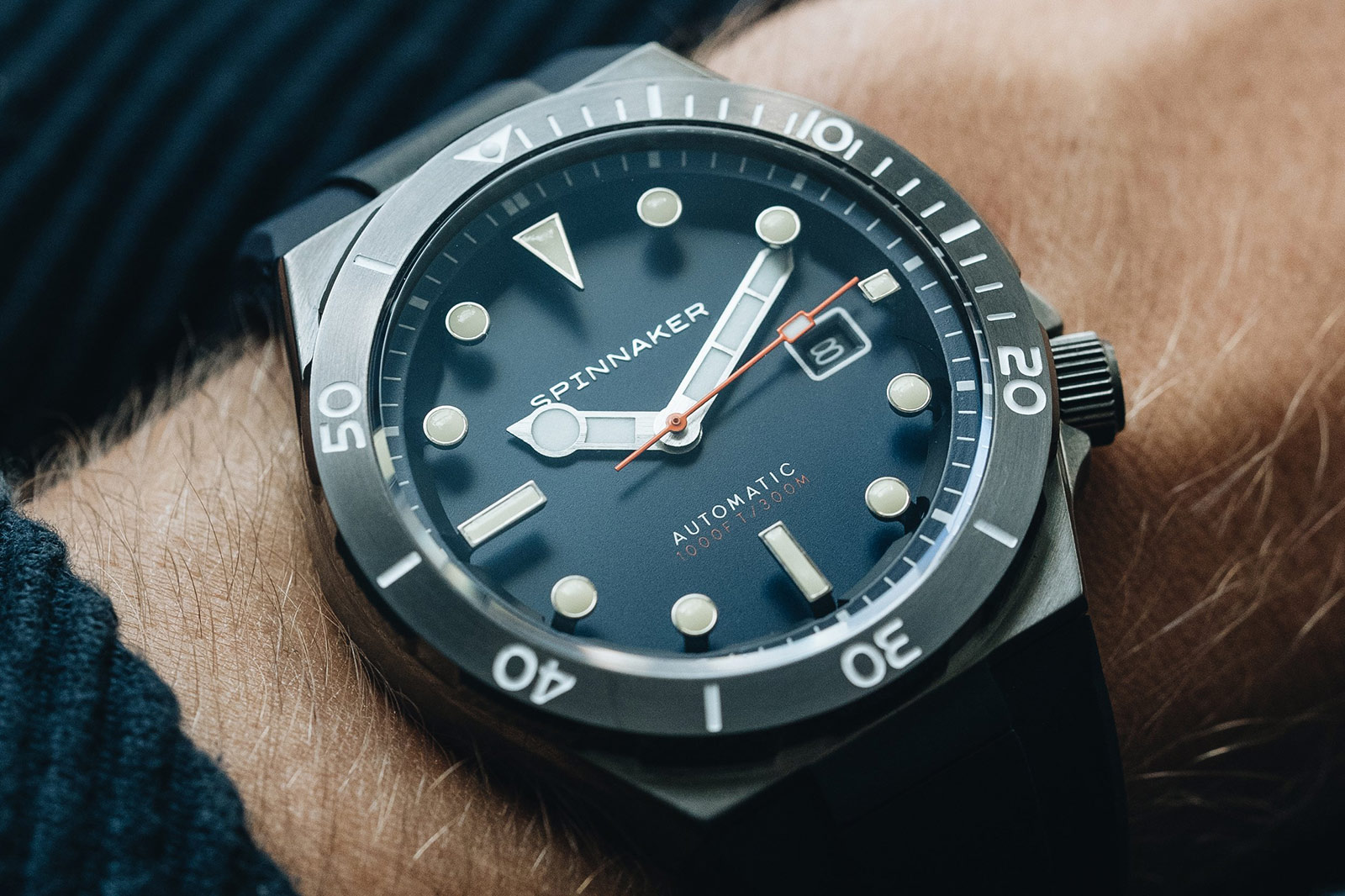 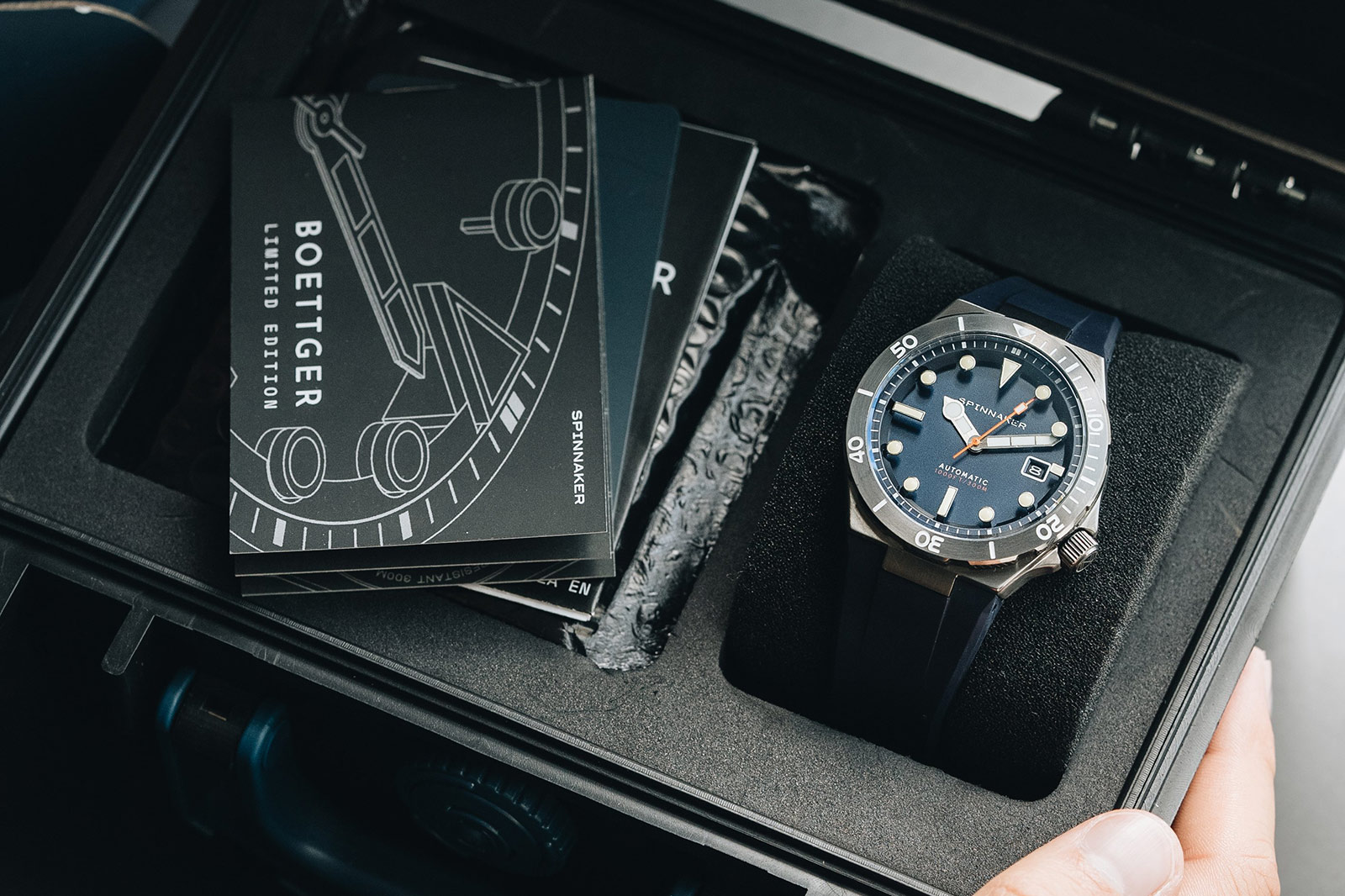 Speaking of the strap, the Boettger was recently updated with a new one, the Nitrile Butadiene Rubber strap. The technical language looks good on paper but the only words you need to pay attention to are ‘rubber’ and ‘strap’. It’s substantially lighter than the steel bracelet and provides an even sportier alternative.

While the styles of each watch from Spinnaker can vary, one thing unites them all. They are very accessible and great value for money. The Croft Mid-Size Skeleton costs just £350 with only 1,000 being produced, while the Boettger is only £500 despite its higher specs.