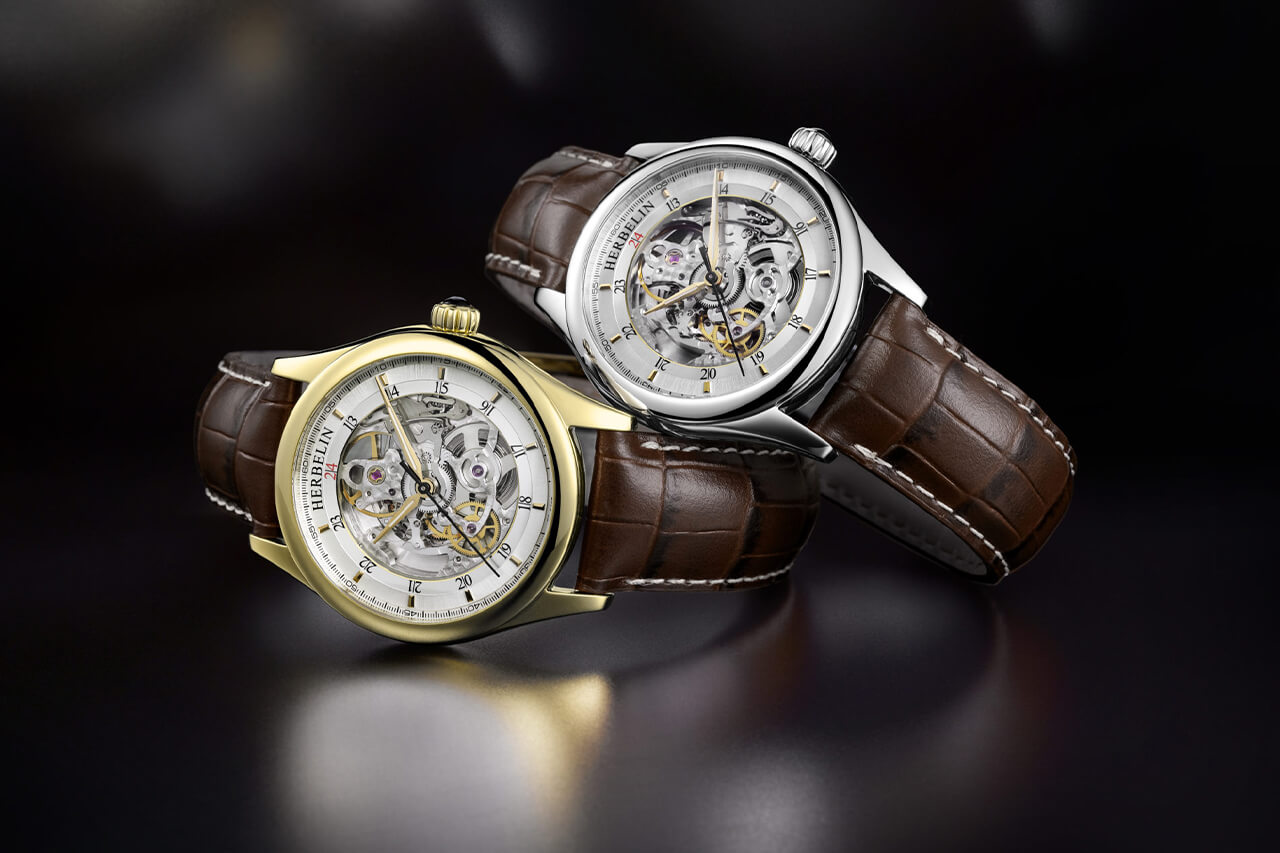 If like us you’re based in the UK, there’s a chance that you might not have come across Michel Herbelin before. Well, outside of fine horological publications such as ours, of course. If you were in France however, there’d be no chance, seeing as on home turf it’s the biggest watch brand there is.

Since 1947 the Michel Herbelin, named after its founder, has been nestled in the village of Charquemont at the base of the Jura Mountains, the cradle of French watchmaking. For more than 60 years, the brand has retained its independence and built on the innate watchmaking heritage of the area and become ubiquitous with l’horlogerie Française. 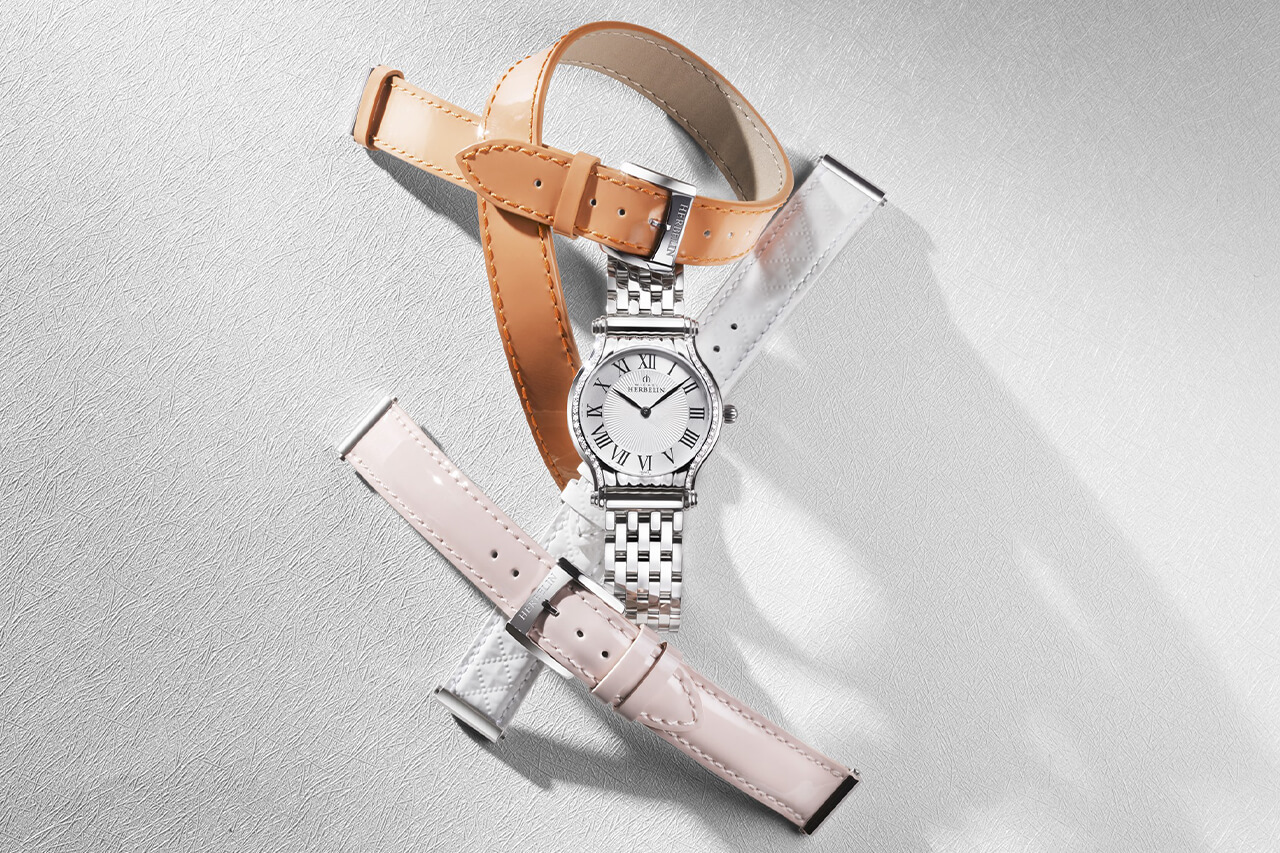 It’s not all that hard to see the appeal. Michel Herbelin’s range of timepieces is extensive, sure, but the same kind of French elegance weaves throughout each collection, be that its inimitable ladies’ range or sporty pieces like its flagship Newport. Better yet, they’re all incredibly accessible.

Michel Herbelin does not make movements. That needs to be said first and foremost. However, nor do they pretend to; their skills lie in the design and finishing of the timepieces, while they rely on their friends across the Jura Mountains in Switzerland for the movements inside. 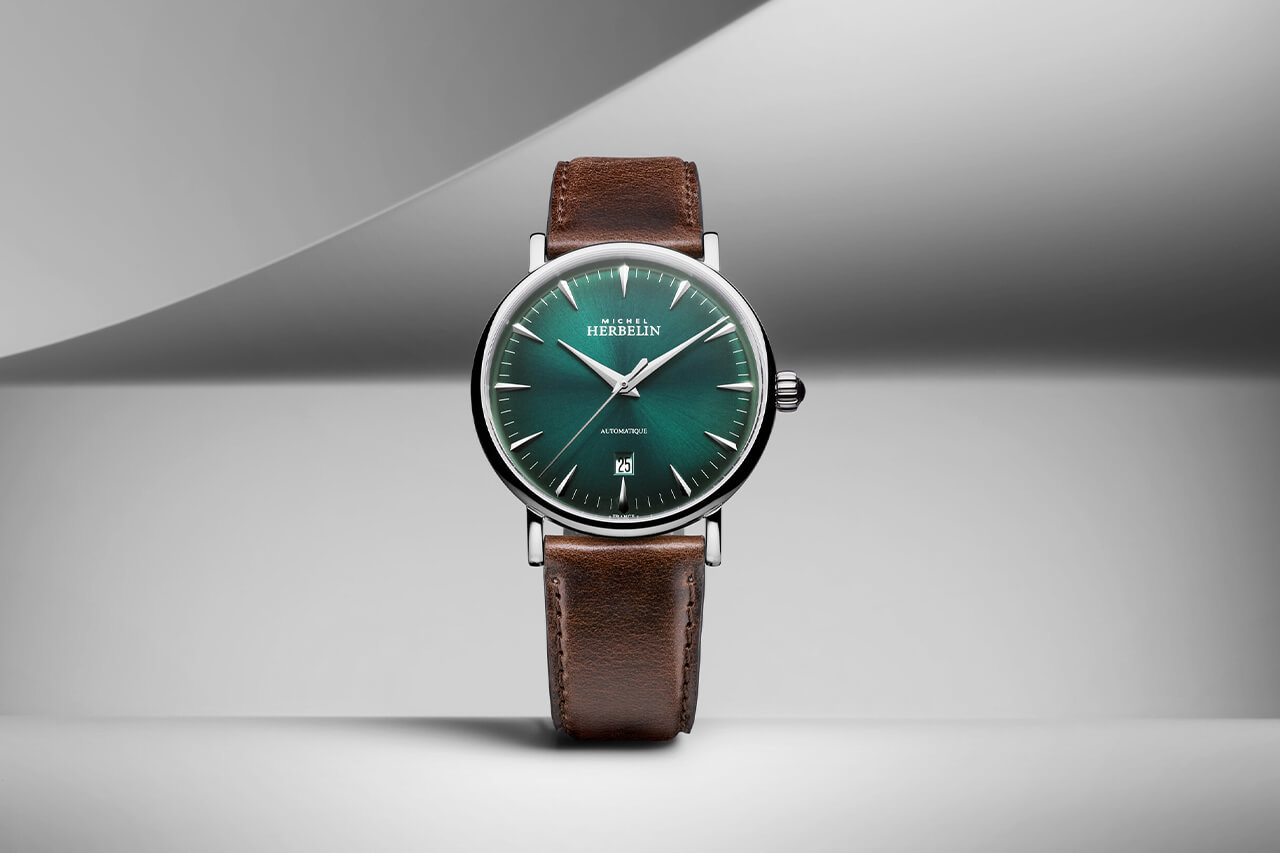 It’s an arrangement that you’ll see in many a brand, but one that, here at least, leads to incredibly well-priced timepieces – Michel Herbelin tends to land within the 300 – 1,000 Euro range – that are nonetheless finished with exacting care and attention to detail. In short, you don’t need to pay the world to get a solid, elegant, distinctly French timepiece.

That doesn’t always mean Automatic; in fact, a good number of Michel Herbelin pieces use quartz movements rather than mechanical and sure, amongst horological purists that’s likely a deal breaker. Those people can go buy a Cartier instead for a few grand more. For the rest of us looking for value rather than prestige, it’s a different matter entirely. Take, for example, the latest edition of Michel Herbelin’s Newport Chronograph. 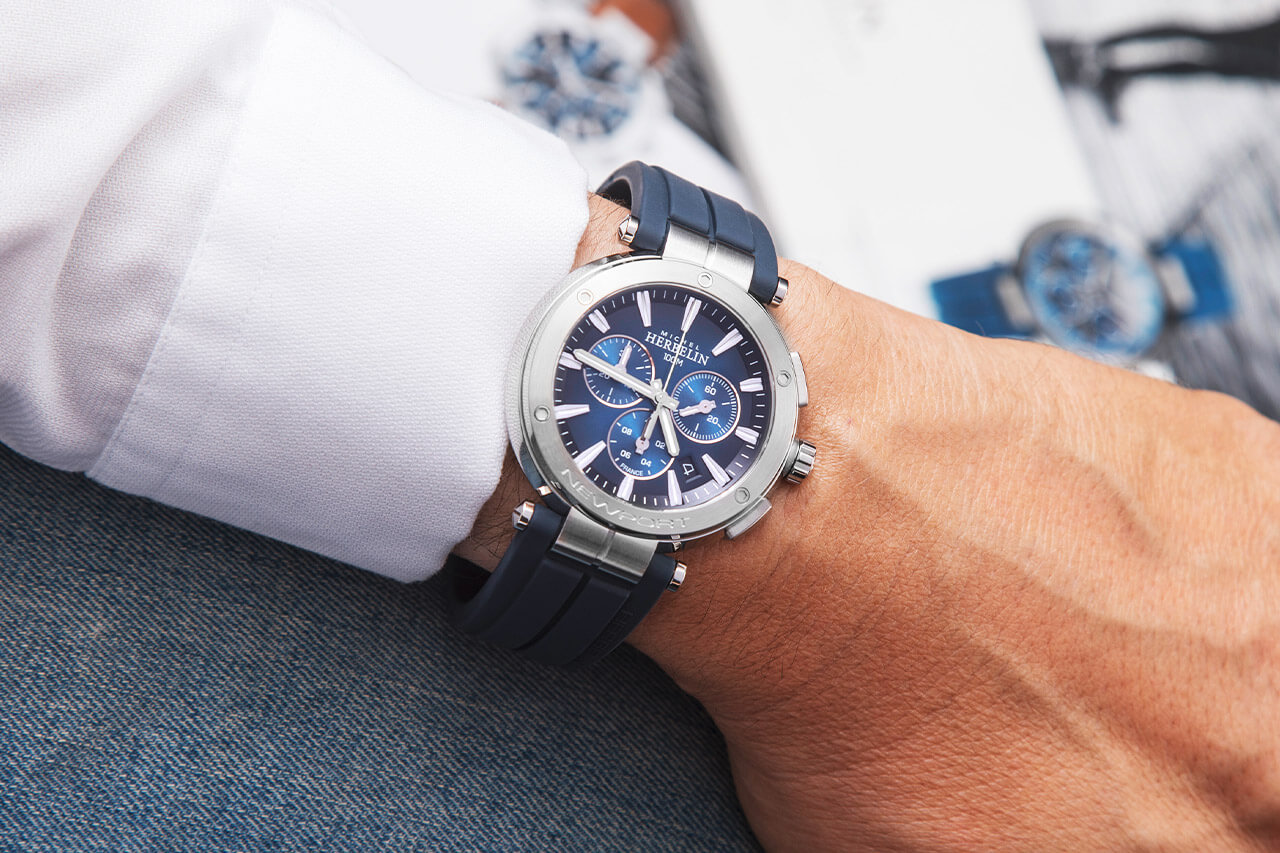 A classically elegant sports chronograph, the current Newport is a more contemporary take on the watch’s nautical inspirations from 1988. From the Genta-esque visible screws around the bezel, drawn from yacht winches, to the shimmering sunray blue dial, it screams Riviera chic.

It’s also a precision instrument, with an advanced Swiss Ronda 5040 D quartz movement powering the tricompax, 24-hour chronograph layout made all the more readable with bold hour markers and technical-looking subdials. The result is, simply put, a damn good-looking sports watch that walks the walk and talks the talk. 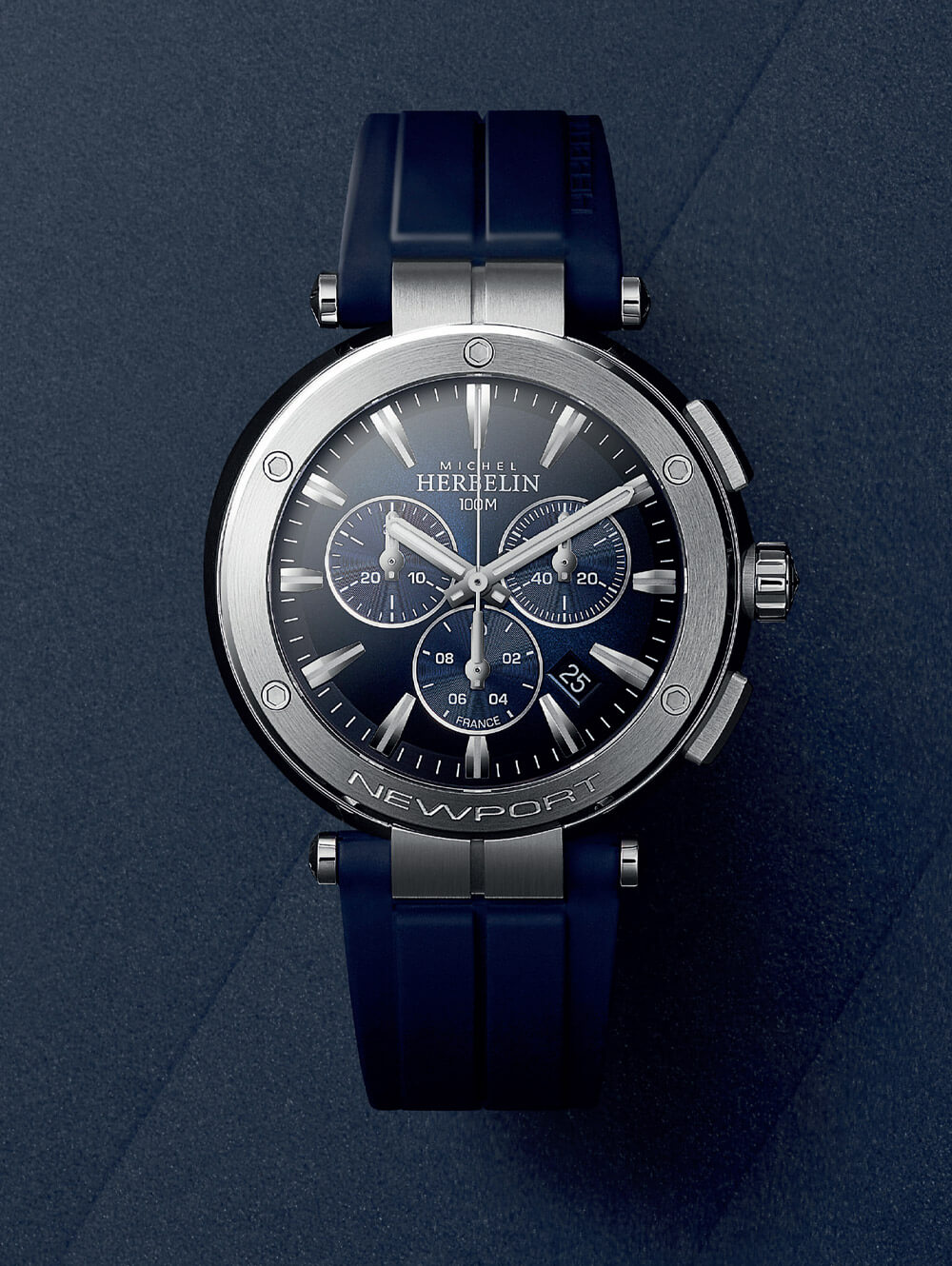 Of course, best of all is the aforementioned price. Despite the flawlessly on-trend style and fine details, the Newport 24-hour Chronograph is priced at just £720. No matter your opinions on quartz vs. mechanical, that’s a lot of watch for the money. And hey, for the purists there are also automatic versions. It’s hard to find a reason not to give Michel Herbelin a go. Most of France already has, after all.