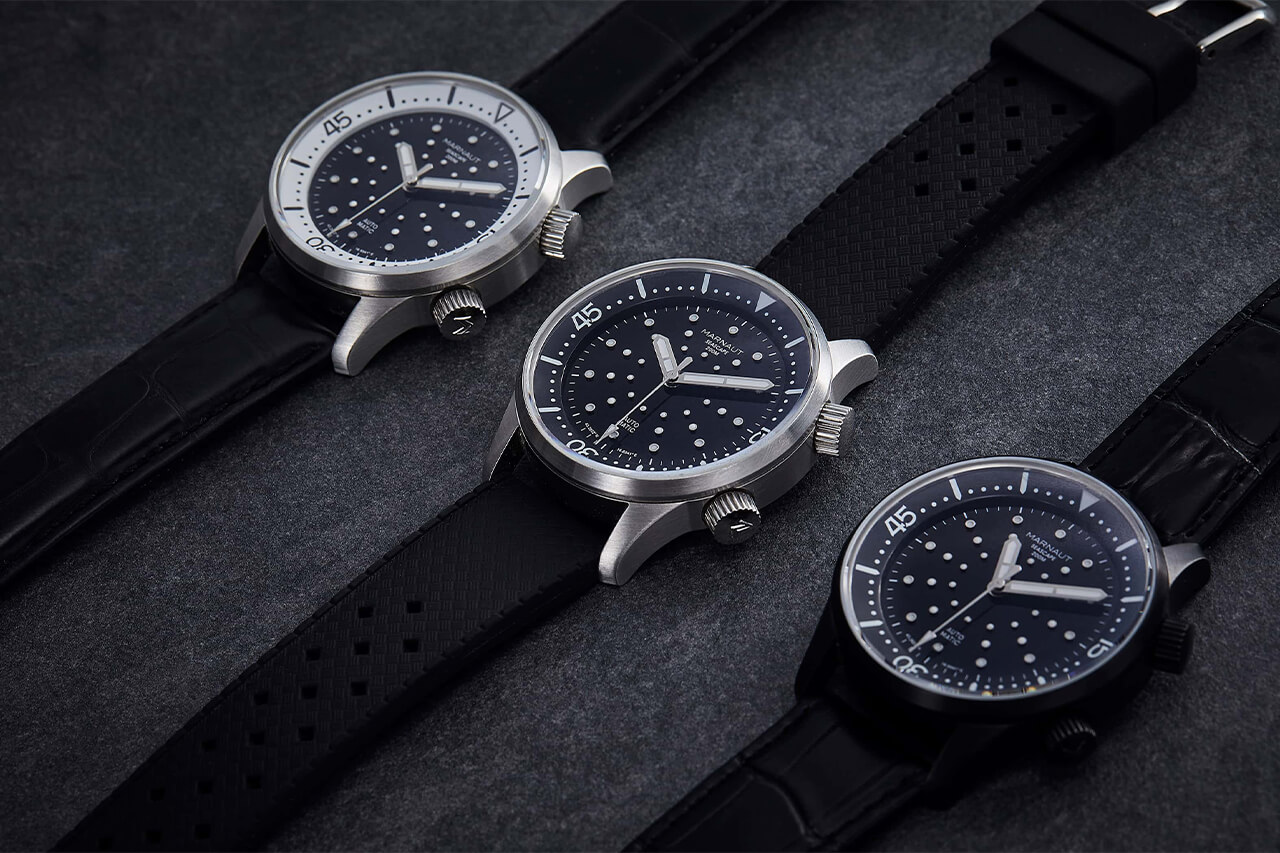 The sea urchin is an odd creature, one that seems almost alien in the oceans, like it’s from a completely different time. In many ways, it is; it’s one of the oldest creatures on Earth. Despite its unique otherness – or perhaps because of it – the sea urchin also happens to be the basis for the success of Croatian microbrand Marnaut.

Like many growing up in Hong Kong and Japan, Marnaut Founder Mario Jutronic had an innate love of watches, especially Seiko, of which he still retains a pretty impressive collection of famous pieces. However, he spent a good deal of his childhood making the most of the Adriatic coastline of Croatia and snorkelling around the Island of Brac, where Sea Urchins and their exoskeletons are everywhere. 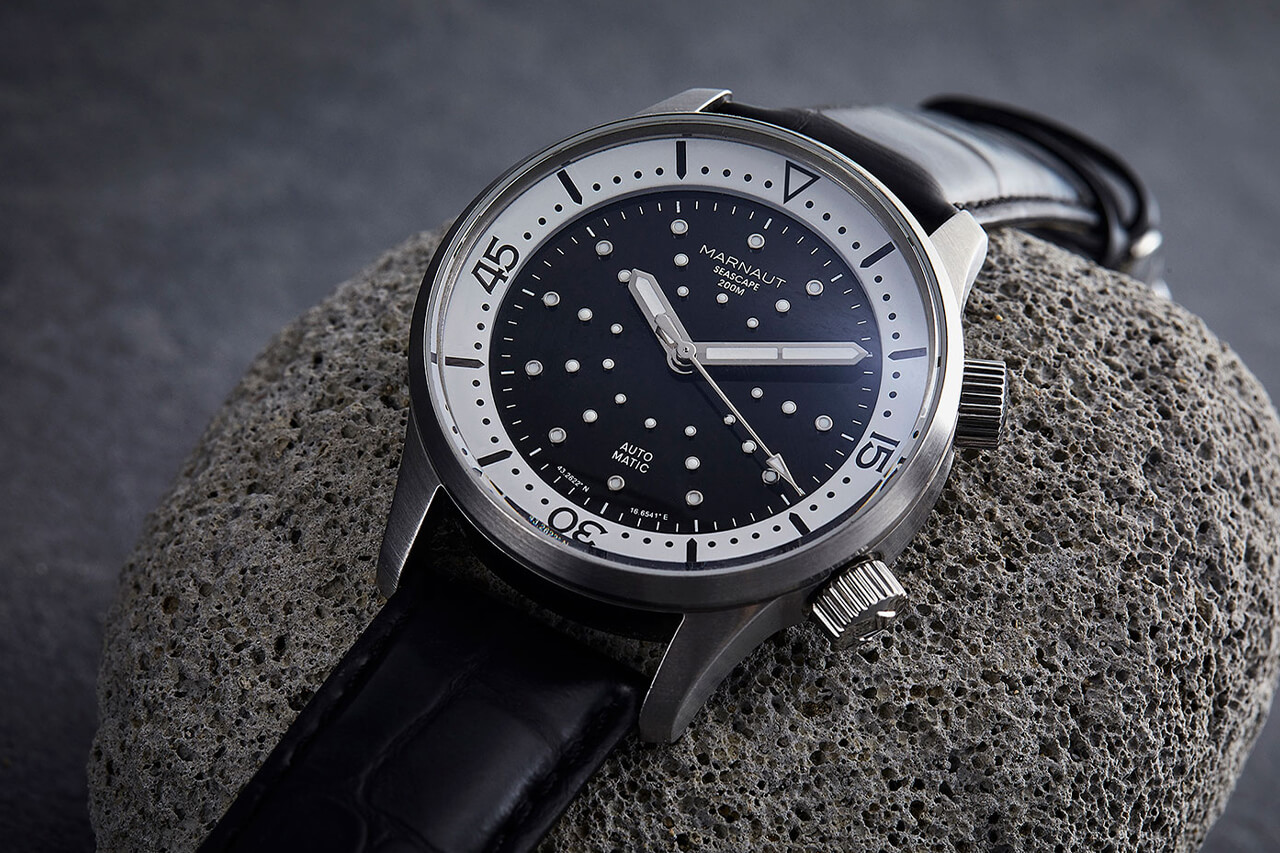 It’s no surprise then, that when after eight years of collecting rugged diving watches Mario decided to try his hand at designing his own watch, he turned to the spiky echinoderms of his childhood for inspiration. After all, you need some way of standing out, especially in the crowded diving watch market and, while most of us haven’t had the most pleasant experiences with the sea creatures (stepping on one, for example) there’s no denying that the resulting signature Marnaut dials work rather well indeed. 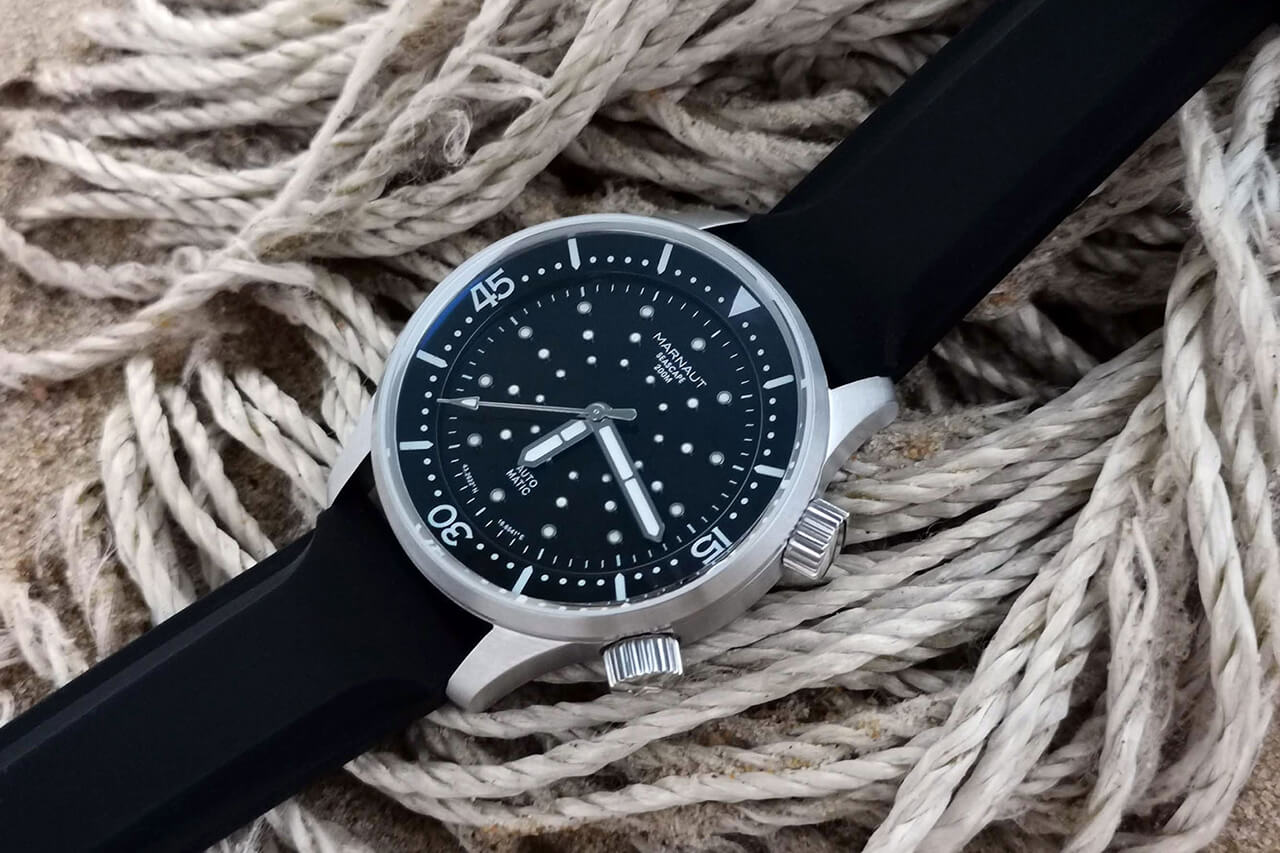 Take the microbrand’s latest and newly-shipping timepiece, the Seascape 200m. While it’s more nautical than truly being a diving watch (you can leave that task to Marnaut’s initial launch piece, the Dark Surge 300m), it’s perfect for snorkelling the shallows, complete with an interior diving bezel and, in the Reverse colourway especially, a handsome high-contrast finish. In typical ‘60s style, the two-crown layout is elegant more than it is rugged, a 40mm gentleman’s diver. 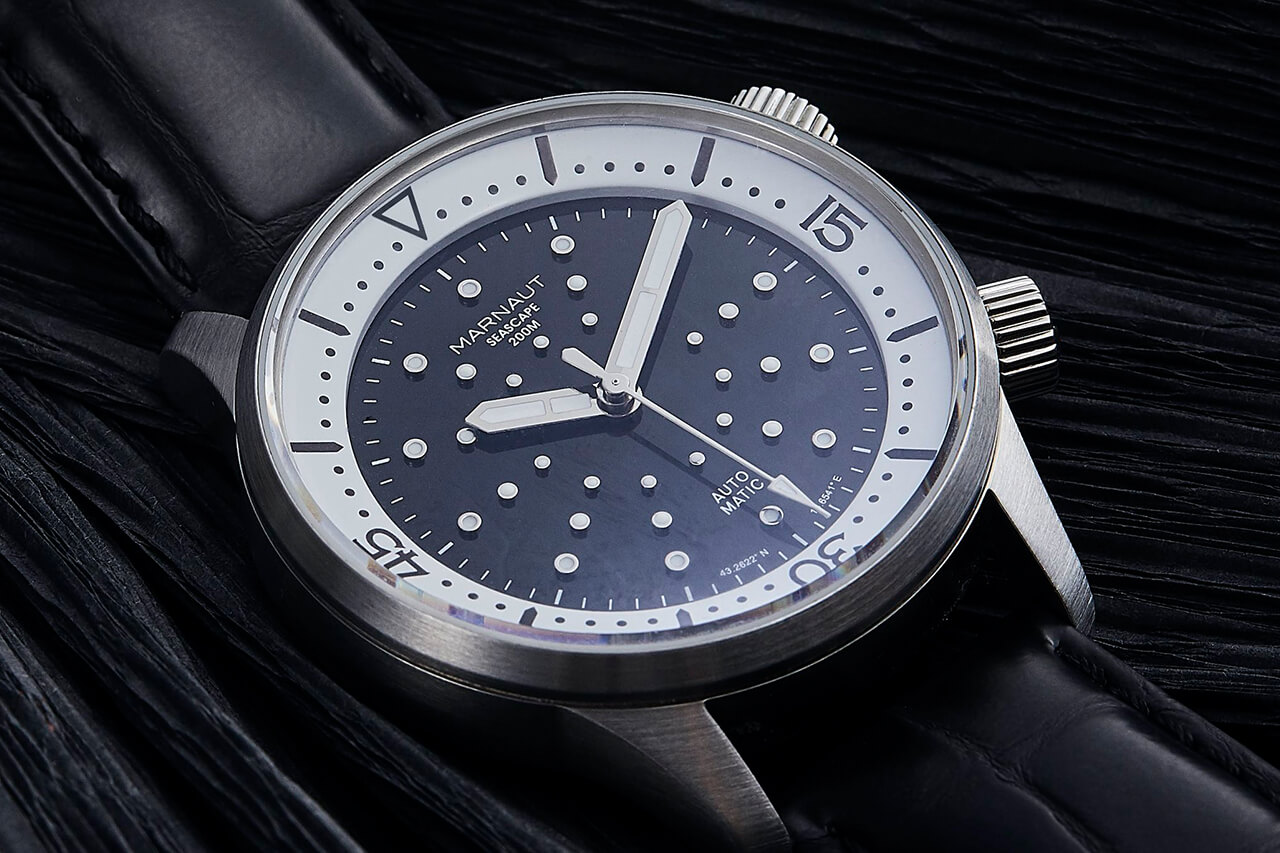 Central to the design are the lume-filled dots emanating from the centre of the dial, representing the spines of the sea urchin that inspired it. Rather than an overly ornate engraving or some eye wrenching pattern, it’s a subtle yet unmistakable allusion and one that actually has a practical purpose, making it easier to read in low light. 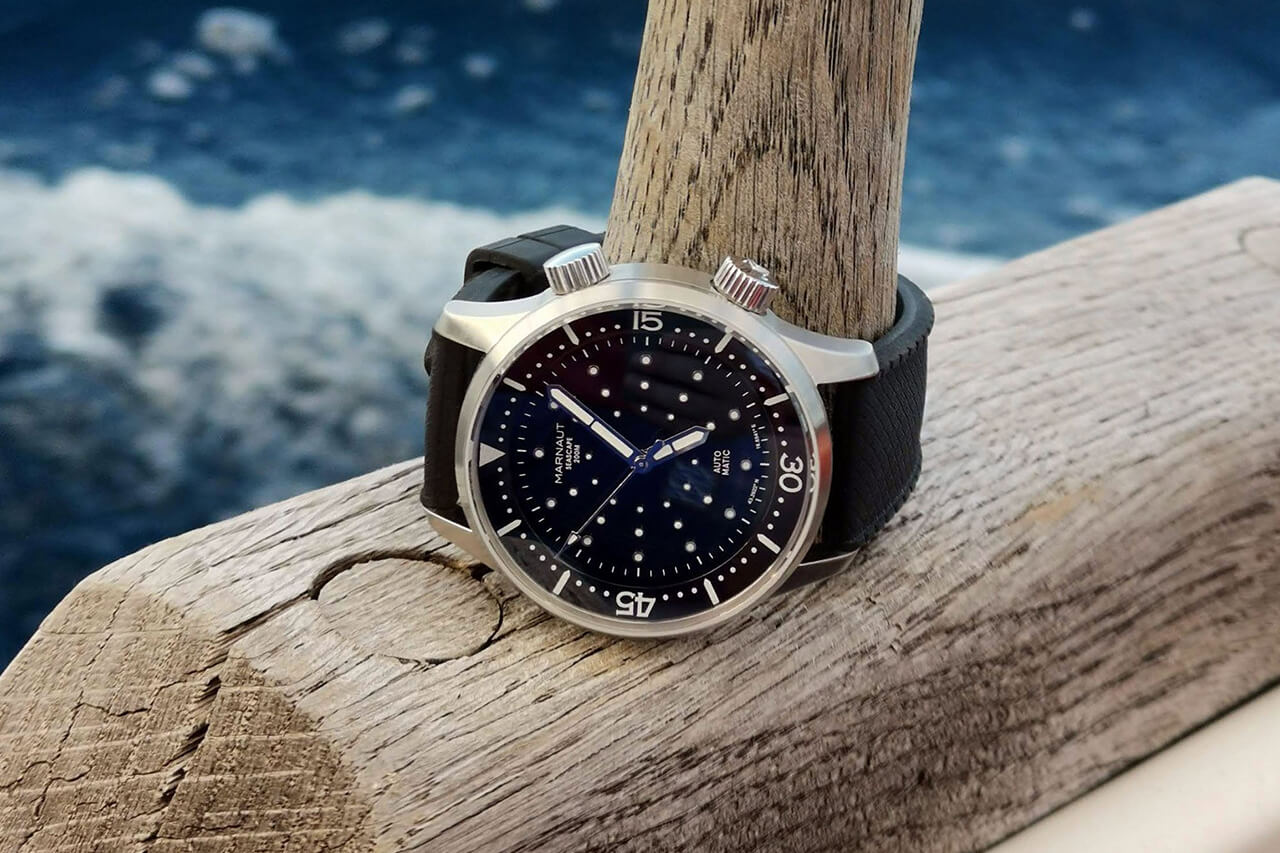 The end result is a watch that’s clearly drawn from the same classic divers as many another retro-slanted microbrand but, thanks to Marnaut’s signature dial, is at the same time its own animal. What it does have in common with its peers though is one of the main reasons the world of microbrands is quickly becoming incredibly important: accessibility.

The Seascape 200m is equipped with a workhorse Miyota 9015 calibre, a movement that is mechanically the equal of any stock movement out there, just without the finishing – or the price tag. If you want to balance reliability with affordability, Miyota is the way to go. In Marnaut’s case, it brings the cost of its new watch down to just Euro 380.99 – or in old money, just under £345. 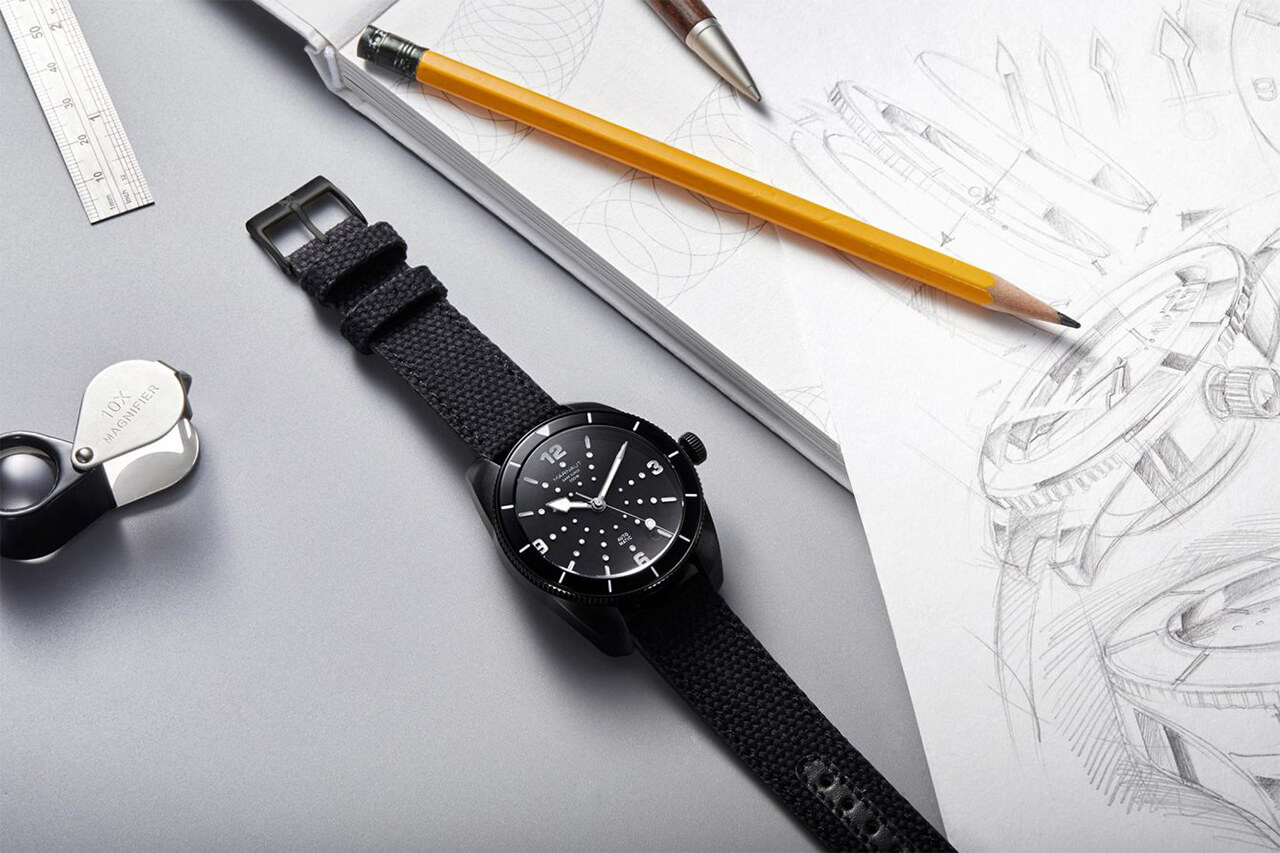 Time will tell how far Marnaut can take its sea urchin dial, but if the Dark Surge and Seascape are anything to go by, it’s an adaptable signature, one that we’ll see more of when it launches its next timepiece later this year.

What is it, you ask? Well, that would be telling. Just remember to watch this space. In the meantime, get your pre-order in early for the Seascape 200m on the brand’s website now.