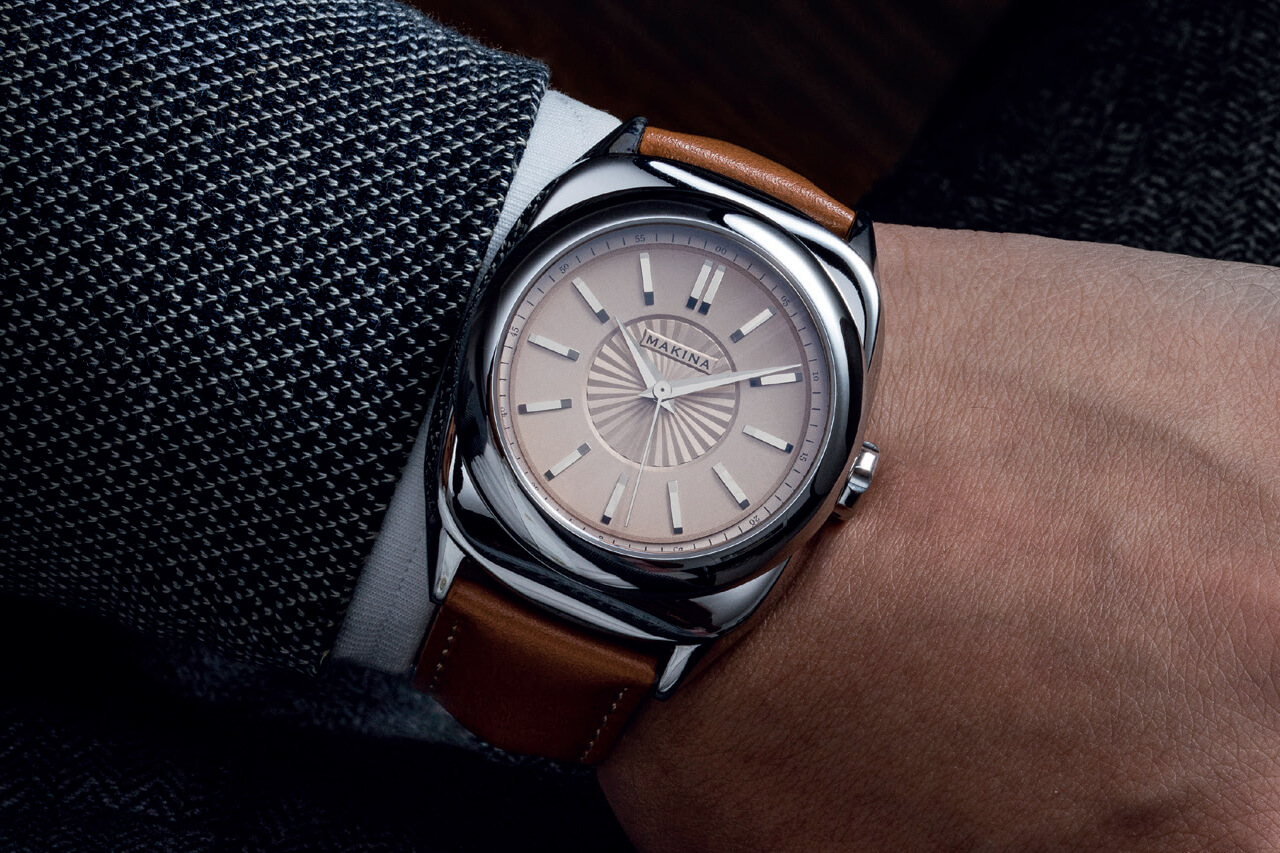 Makina Watch archetypes are useful, from a design standpoint. They’re guidelines you can follow to create something that, on paper, ticks all the right boxes, whether that a diver’s watch with rotating bezel and plenty of lume or a racing chronograph with a tachymeter.

On the flipside, those same timepiece definitions are constraining. It’s like painting by numbers. Sure, you can create something recognisable and pleasant, but originality? That’s another matter entirely. It’s for that reason that, from the offset, Manila-based watch brand Makina opted out of archetypes. 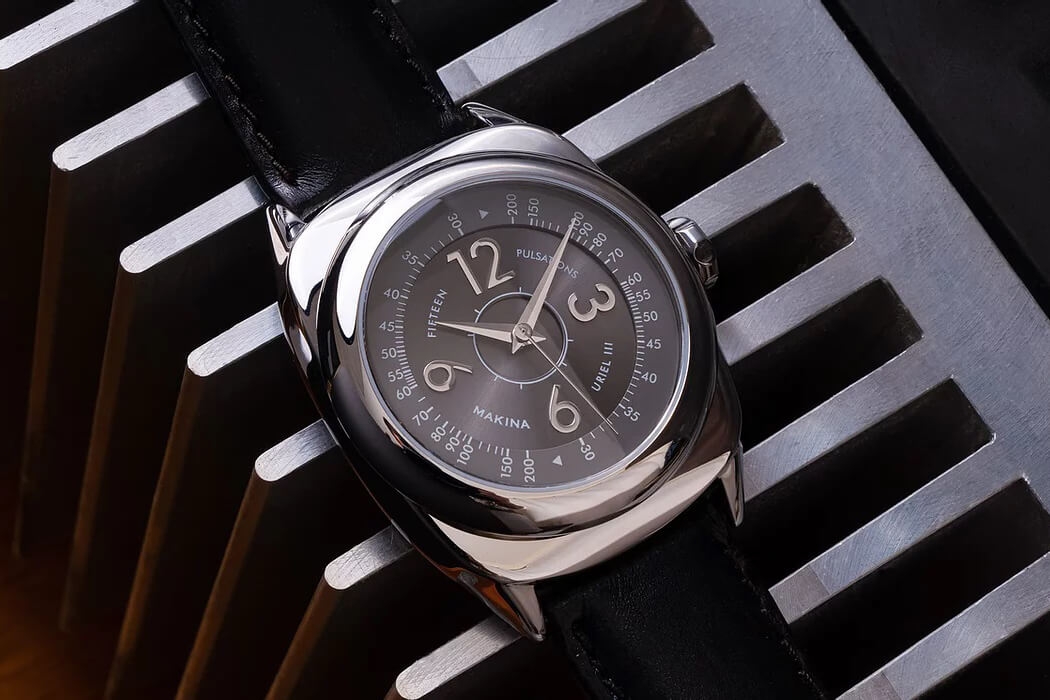 Founded by Danilo Villanueva, Makina was born from his need for a creative outlet other than his day job in advertising and he wanted something less demanding of his time that he could channel his passion into.

Not wanting to be held back by what ‘should’ be included in a specific type of watch, their philosophy is that design in a holistic sense is more important than categorisation, through which they naturally drifted into their own waters: sporty dress watches. 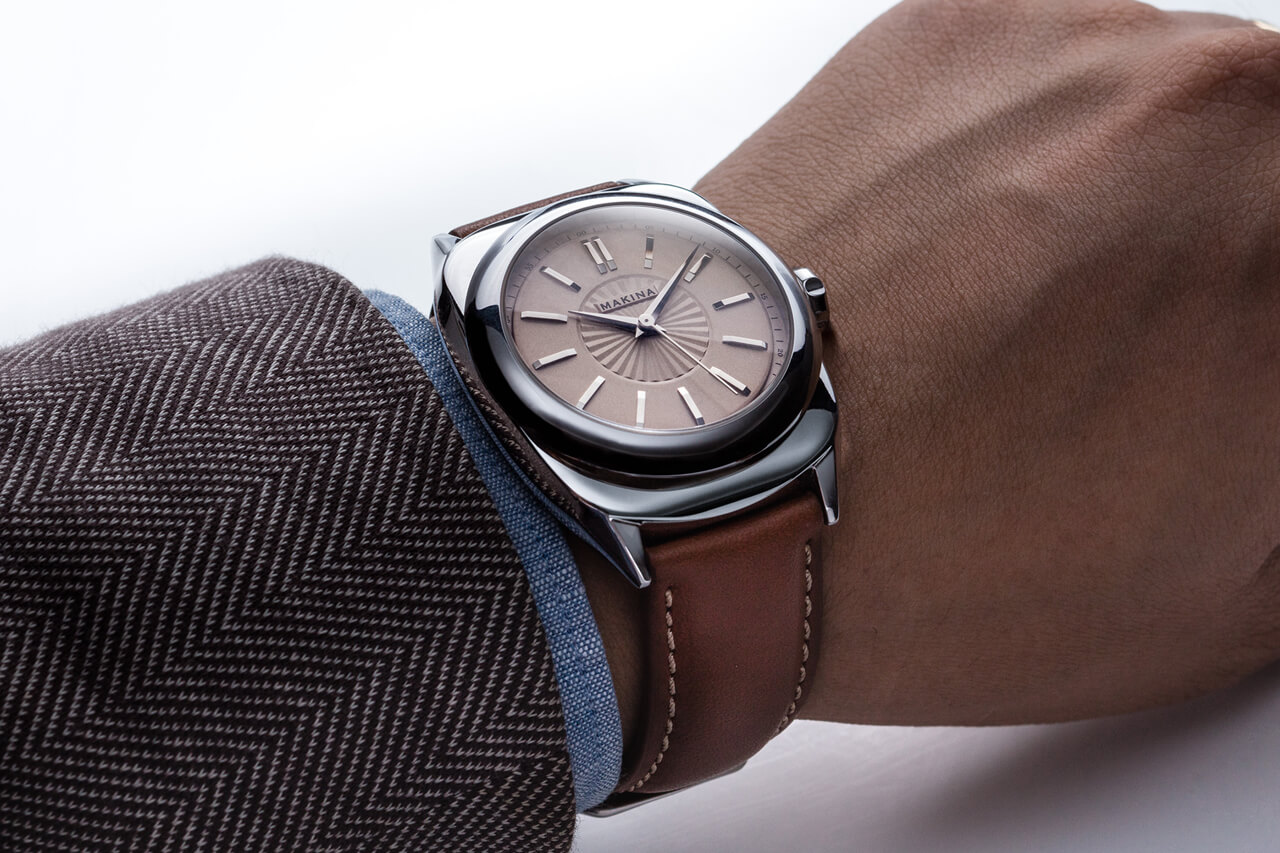 That kind of oxymoronic label is a bit hard to pin down at first. That is, until you see some of Makina’s designs, specifically the Uriel line. On the one hand you have a chunky, lozenge-shaped steel case with an oversized crown, rugged enough to shrug off everyday wear and tear. On the other you have some incredible dials.

In the Uriel I, that dial is a cream-coloured number you’d more likely expect to see cased in gold. A distinctive fan of guilloche at the centre, grained finish and large, applied indexes all add up to a dial that leans far closer to dressy than sporty. 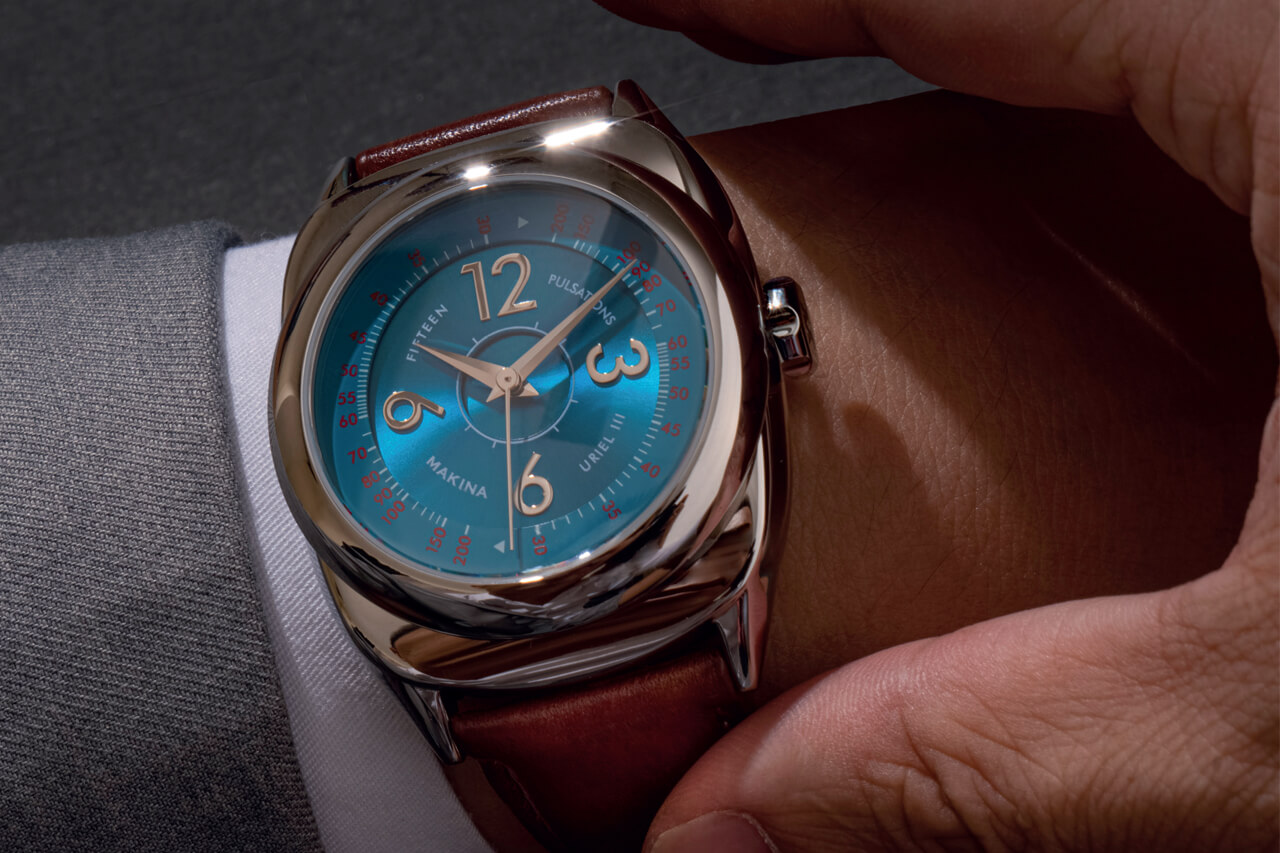 It’s a theme that Makina has continued through their collection and is perhaps exemplified most thoroughly by the Uriel III. It’s the only time the brand has caved in and opted for a specific type of watch – but given how few doctor’s timepieces there actually are out there, it’s still a novel one.

Housed in the same chunky, signature Uriel case, the deep teal dial is a stunner, and not just in colour – though that is the eye-catcher. Around the edge of the dial is the pulsometer that defines a doctor’s watch in contrasting bright red. 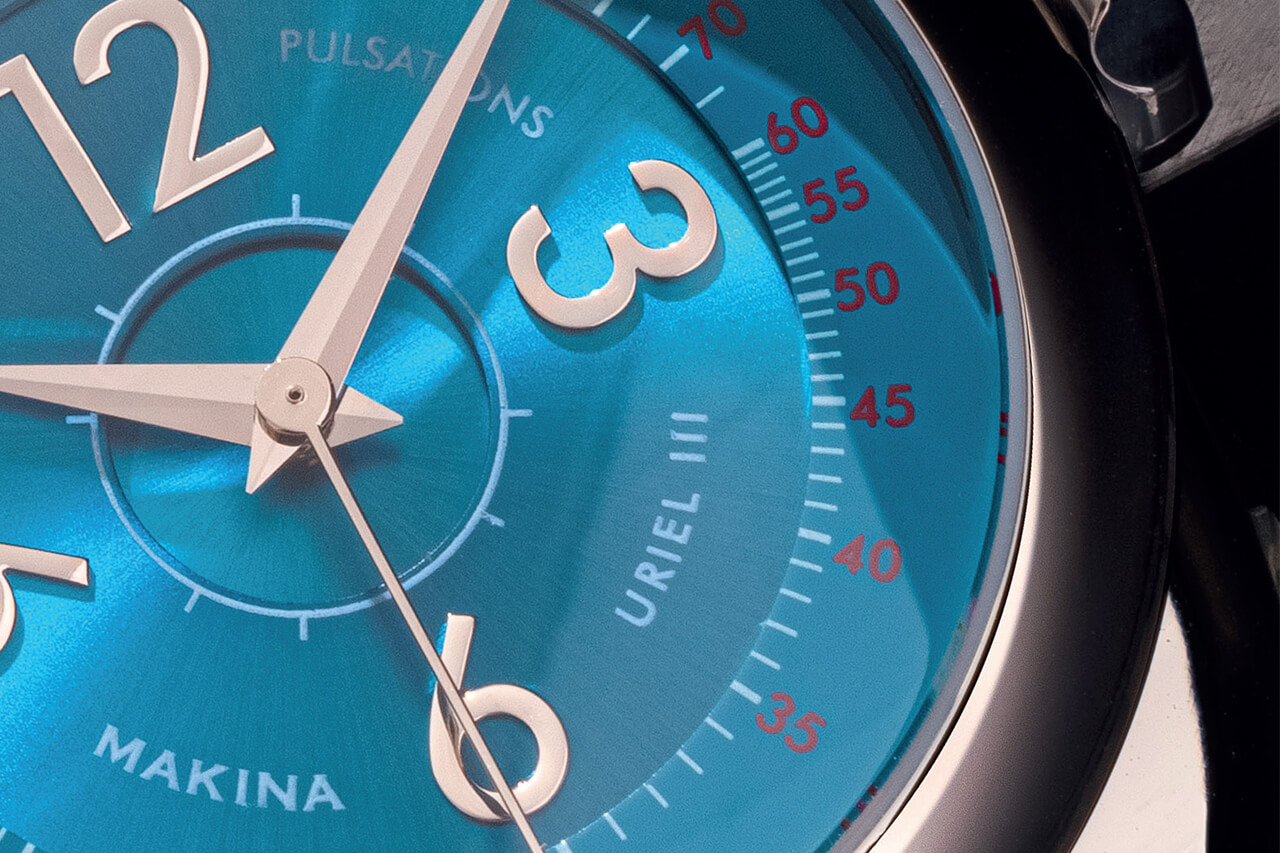 To leave more room for that vital complication (many a similar watch gives it just a couple of millimetres) the oversized numerals have been pulled into the centre, with the 3 and 9 on their side to keep the width of that inner segment constant. It’s quirky, handsome and functional, three things that don’t often go hand-in-hand.

There are other colours of course – the Uriel III also comes in black and white – but that teal is simply magnificent. If there’s a watch that should be putting Makina on the map, it’s that.