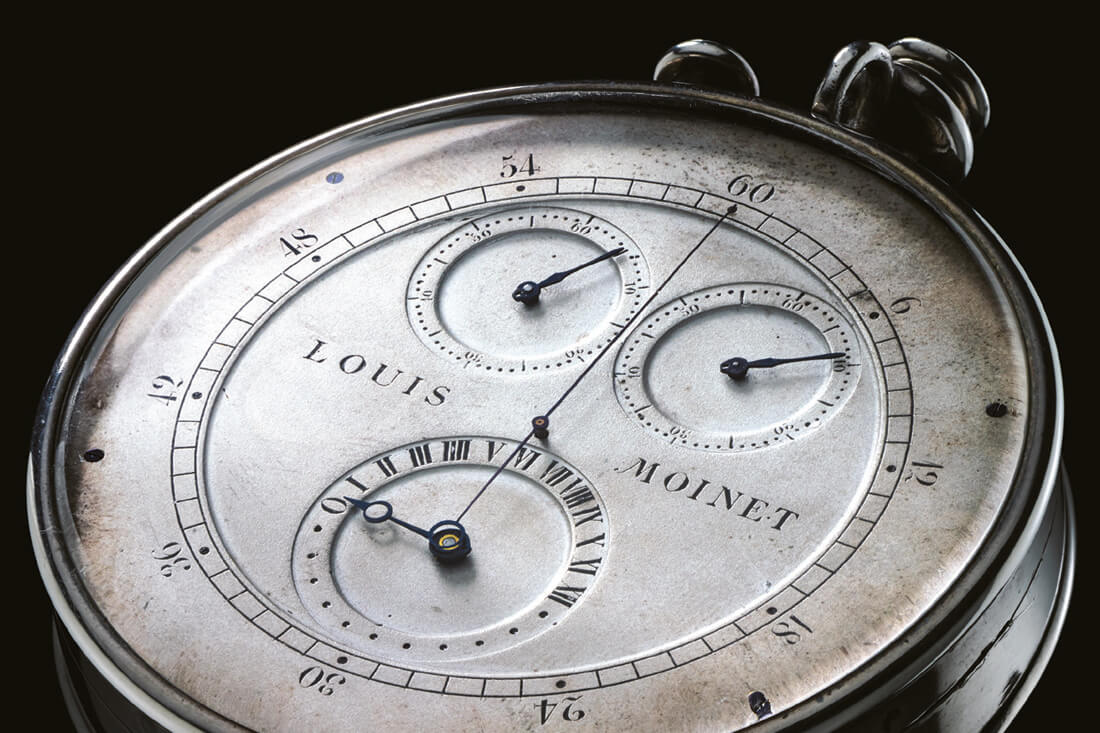 The Louis Moinet brand pays tribute to one of the greatest watchmakers ever with its name. Moinet dazzled horological society in the eighteenth and nineteenth centuries with his extraordinary timepieces, with happy customers including Napoleon Bonaparte and Thomas Jefferson, President of the United States. Today, Louis Moinet is an independent watch brand, but his enterprising spirit lives on under founder and creative director Jean-Marie Schaller, who revived the name and brought the brand back to the forefront. Based in Saint-Blaise, Switzerland, the brand continues to focus on producing high-end timepieces and likes to incorporate unusual materials, which, when united with their slick technology, creates pieces of horological art.

Their newest watches are a case in point. Take the Metropolis Magic Green, which interestingly is the only Louis Moinet creation to feature Roman numeral hour markers. While it gives it a traditional slant, there is, of course, an edge – each hour marker has three faces, causing the light to brilliantly refract off the dial. The gorgeous green colour itself was almost a year in the making.

The new Acasta goes even further. Named after a rock that dates back to the very earliest ages of the Earth’s crust, the fact it has withstood erosion and tectonics for four billion years means it’s quite tough, to put it mildly. It’s a remarkable backdrop to the two tourbillon cages suspended in mid-air which weigh in at a light 0.4 grams, producing enough energy to power a blue-tinted titanium rotating disc. There are just three of these watches available, so you might not get your hands on one, but as an example of what the brand is capable of, it’s pretty awesome.

As is the Dhofar. Again showing Louis Moinet’s preoccupation with rare materials, this piece incorporates one of the rarest in the world – lunar meteorites. Only 100 or so have ever been found, and the Dhofar 457, a fragment of which has been cut for the dial, is one of them.

The Sideralis timepiece takes the celestial theme even further, incorporating some genuine dust from Mars, the moon and even rare fragments of the Rosetta Stone, which, incredibly, is believed to have come from Mercury itself. The oversized double tourbillons, a brand exclusive, hang above the dial, and are equally as extraordinary.

Technicality is stretched even further with the 20-second Tempograph Black, which is the only one to feature a fully-visible 20-second retrograde movement. This new version, in black and rose gold, is beautifully contemporary. Ladies watches aren’t neglected either – the Skydance unites their deep magic blue hue with titanium and engraved steel for a striking effect. When it comes to brands who excel at both the aesthetic and the technical, there’s no-one like Louis Moinet. The Best Indie Watches of Baselworld 2019