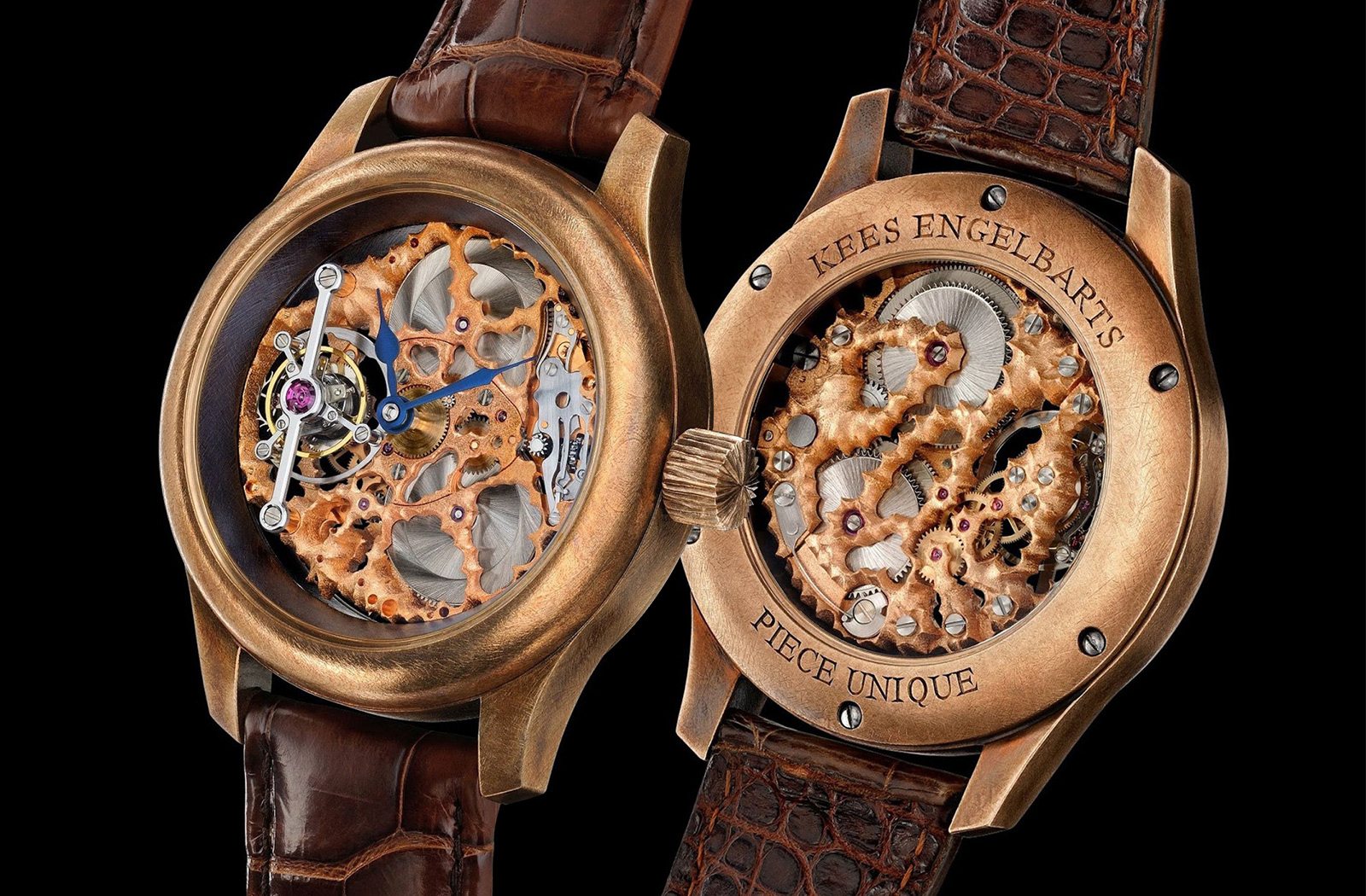 Kees Engelbarts’ watchmaking experience – he worked in a Geneva engraving workshop and at Franck Muller in the Nineties – stood him in good stead when he began his own independent brand in 1997. Frequent trips to Japan, where he was inspired by Asian art, informed his unique aesthetic, as does a determination to make properly exclusive watches. His surprise that customers are willing to pay huge amounts of money for watches made in factories that have no hand-work or hand-finishing– with these same brands producing 4,000 watches a year and calling themselves ‘very exclusive’ – means in the last 20 years he has taken a different path, producing around 80 very special timepieces. He brings into play his technical nous and graceful design cues into each and every piece. 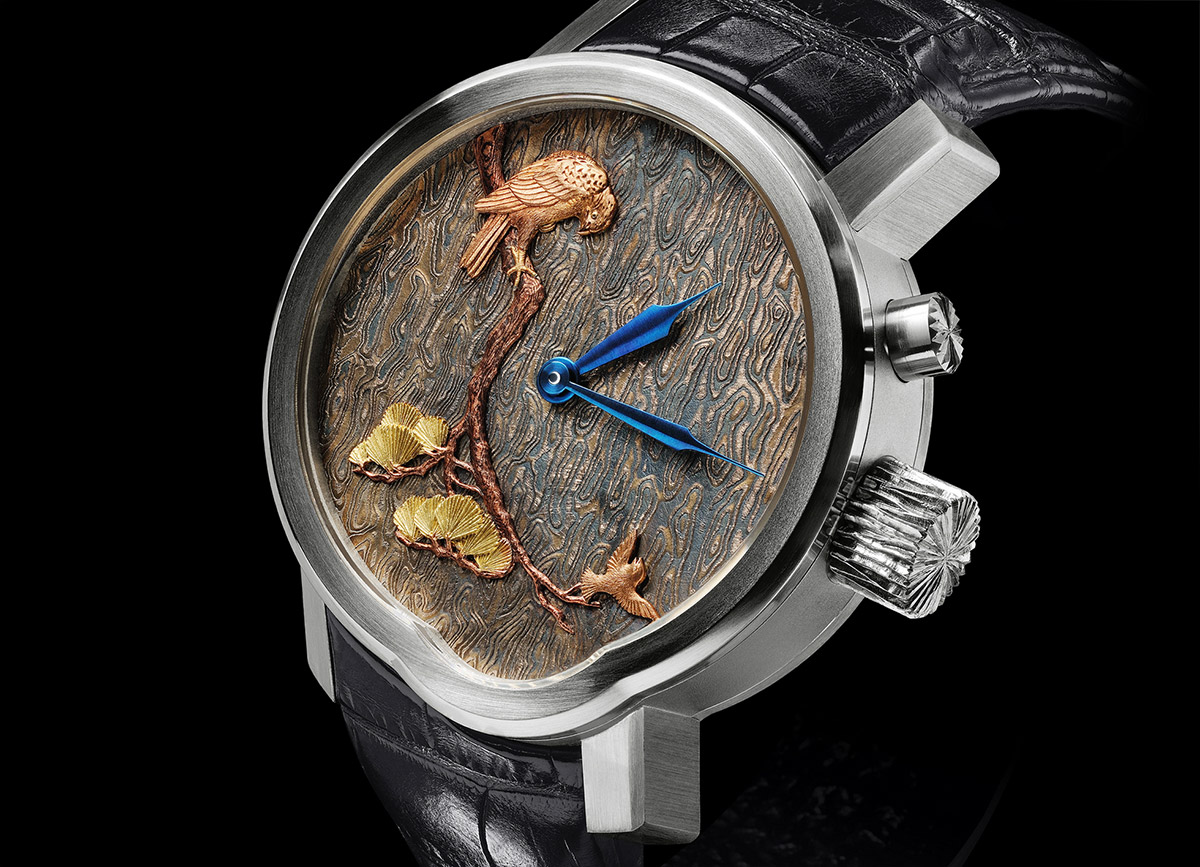 In the Platinum Tsuba watch, his infatuation with Japanese design is clear to see. A dial made from red gold (for the hawk), pink gold (the branch) and green gold (the leaves) depicts a scene inspired by a decorated Tsuba (the hand guard mounted on a Japanese sword). Details are incredibly intricate, with all the elements having been cut out by hand, adjusted and then soldered together. They are then hand-engraved, giving a pleasing 3D effect to the scene. 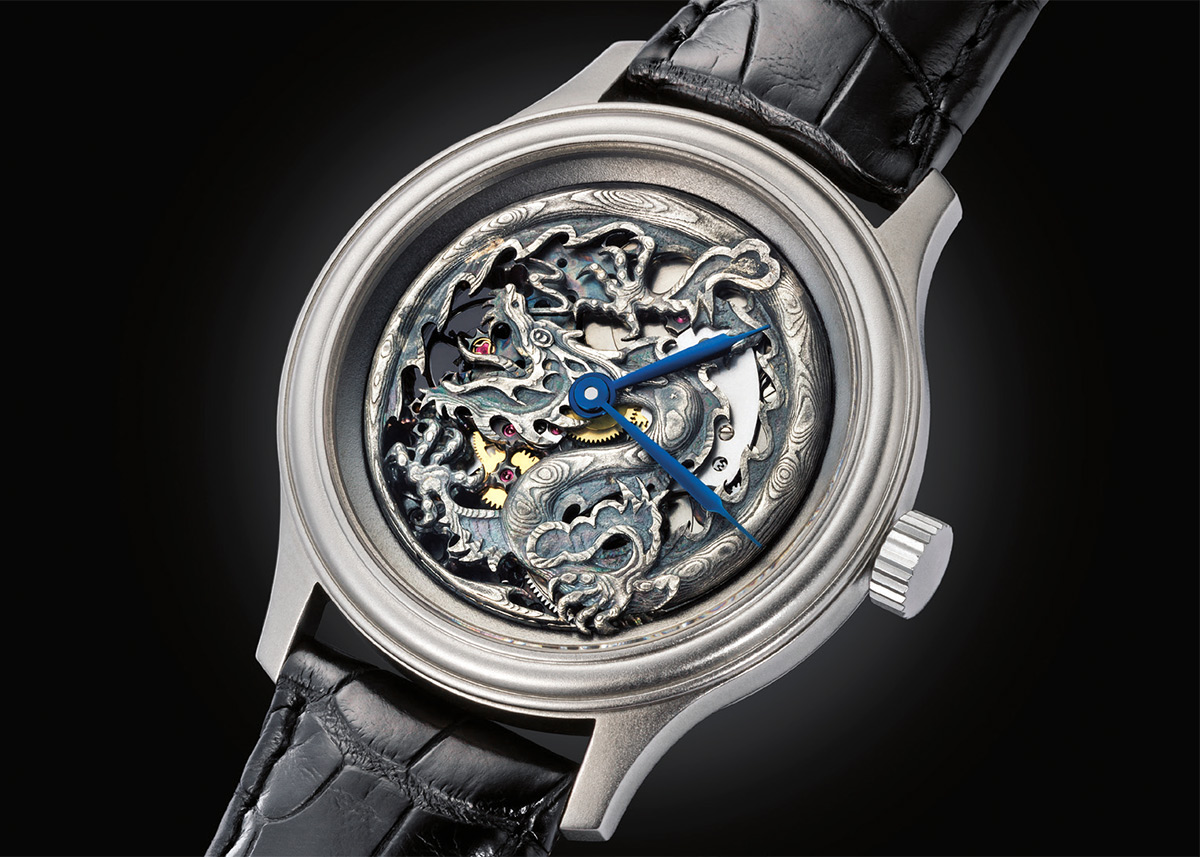 The Ref 1368 is equally as stunning, but here a mokume gane dragon takes centre stage, almost – but not quite – distracting from the incredible manual wound twin barrel movement at its heart, which offers an incredible five days power reserve. For the Platinum Tourbillon, the tourbillon is the star, as a skeleton dial leaves its awesome complexity free to be admired. 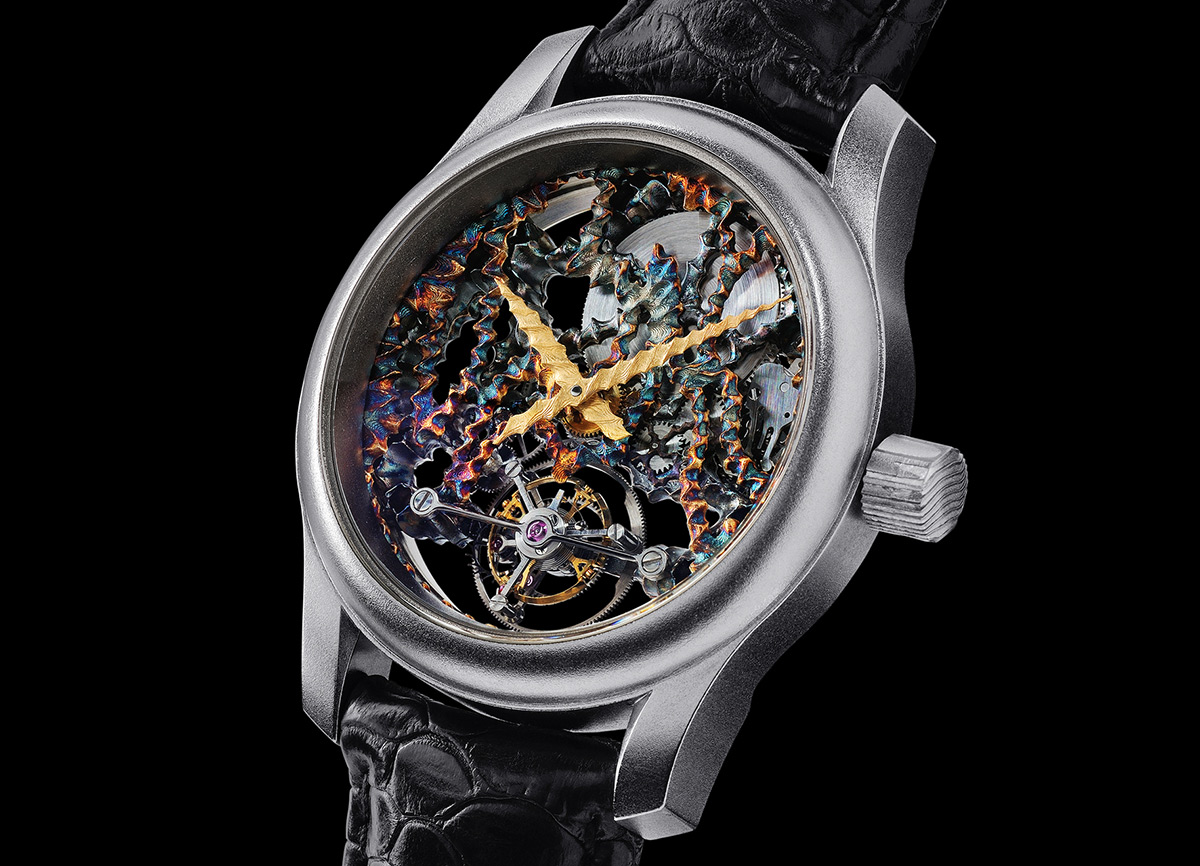 The plethora of colours that makes up the Psychedelic Tourbillon makes it our favourite though. Yellow gold and silver mokume gane (an ancient Japanese metalworking technique which forms layers of metal of different compositions) has been silver plated and oxidised, with hand-engraving and etching making it extra special. The manual wound tourbillon – which offers 72 hours power reserve, is skeletonised and finished by hand of course – is really just the cherry on top of a very beautiful cake. More at: kees.ch