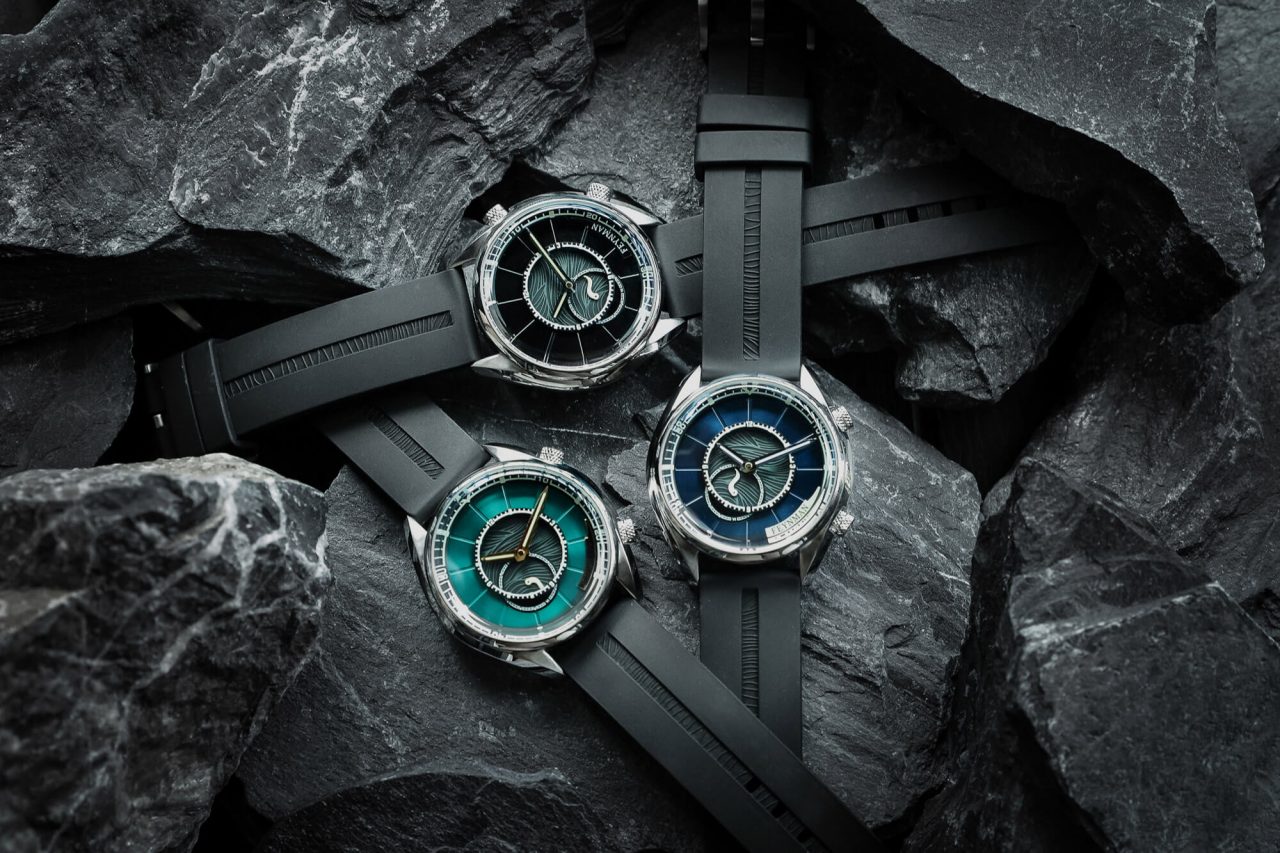 Originality feels hard to come by these days. It’s not that there aren’t original timepieces out there, it’s just that the raft of ‘homages’ and ‘archive inspired’ pieces means that we’re seeing a lot of the same riffs on the usual diving, military and dress watches doing the rounds. That’s where Singaporean microbrand Feynman comes in.

Now now, I see you rolling your eyes already: another day, another Singaporean microbrand trying to forge ahead in an ever-more-crowded horological marketplace. Yet when Feynman launched back in 2018 it created a buzz loud enough to ensure that its Kickstarter was funded within an hour of its launch. More importantly, since then it’s proved it was a lot more than noise.

For founder Yong Keong, Feynman is more than a way to make a quick buck or a quirky little side project. The brand shares a name with his son, showing just how serious a pursuit it is to him. Of course, that’s all just words without a solid watch to back it up and Feynman’s initial launch was one great debut. 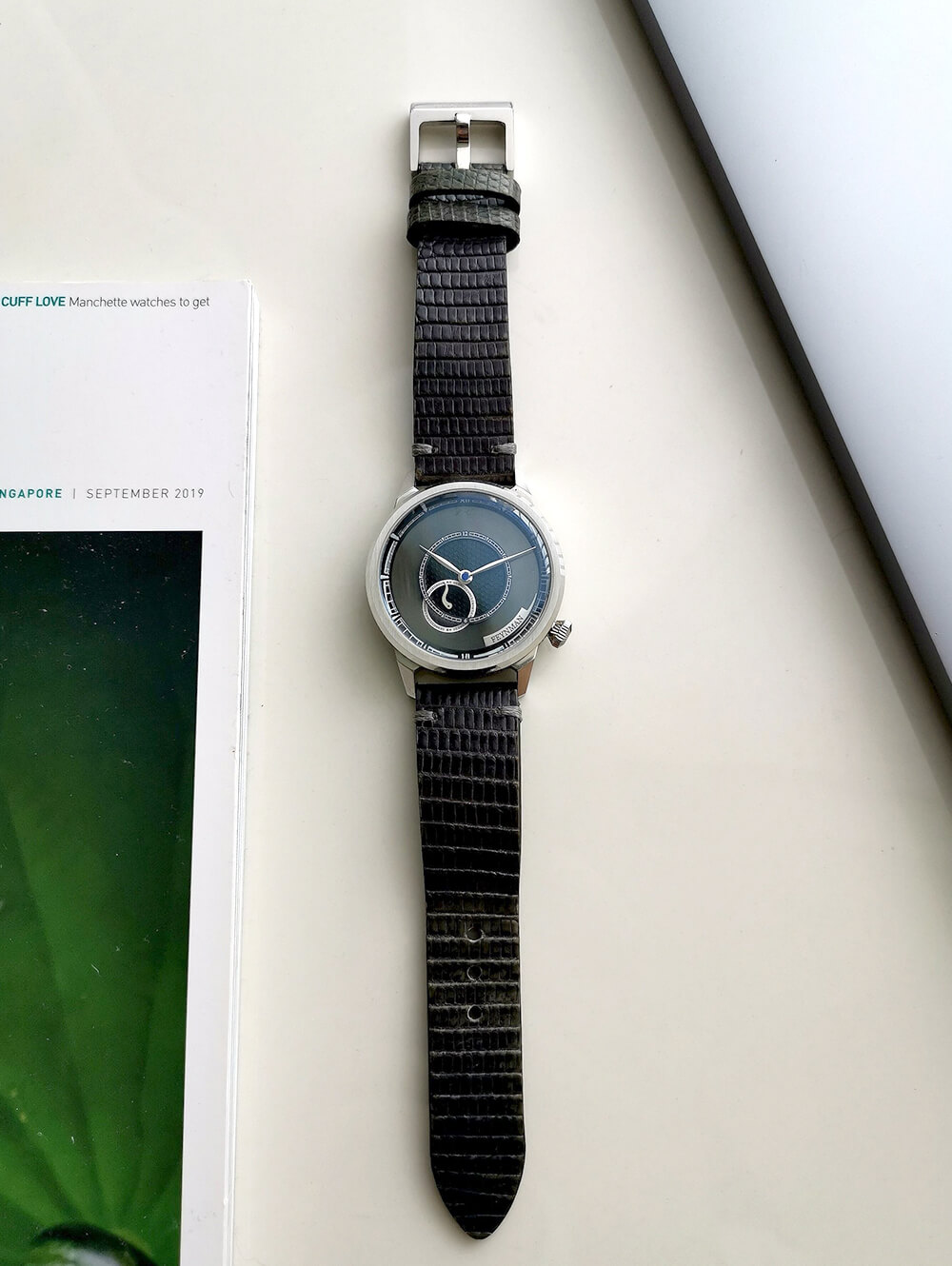 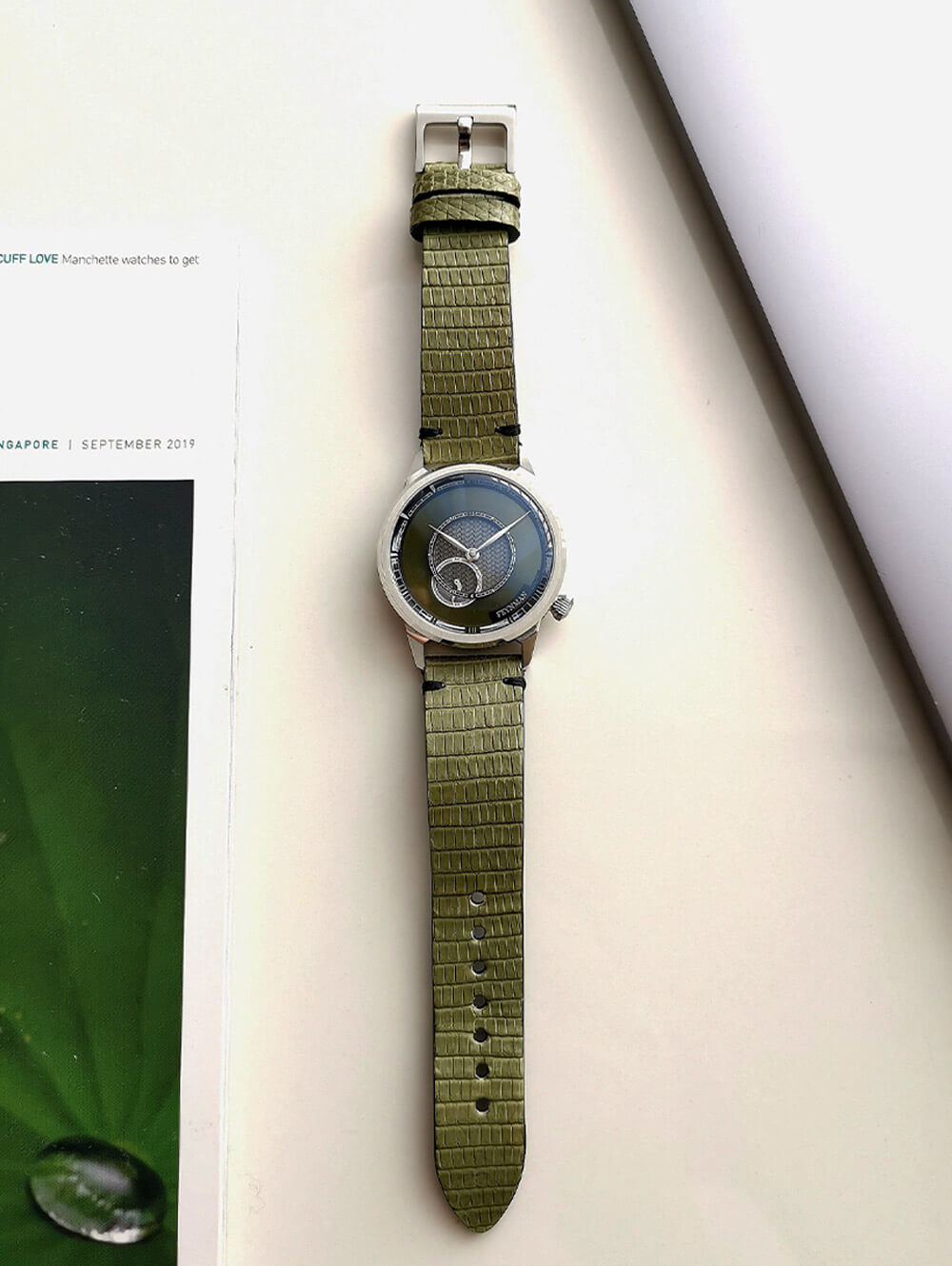 The Feynman One shows just how much you can actually do under the umbrella of a dress watch that goes beyond a minimal silver dial and a gold case. There’s no doubt that it’s elegant, and it has all the hallmarks of an old-school eveningwear watch, with a 39mm case and manual-wind movement. The dial, though, is something else.

Keon applied the golden ratio to the various segments of the watch and the multi-layered subdial, complete with its serpentine second hand, to create an unusual yet visually pleasing design. It’s idiosyncratic and off-kilter – and all the more interesting for it. 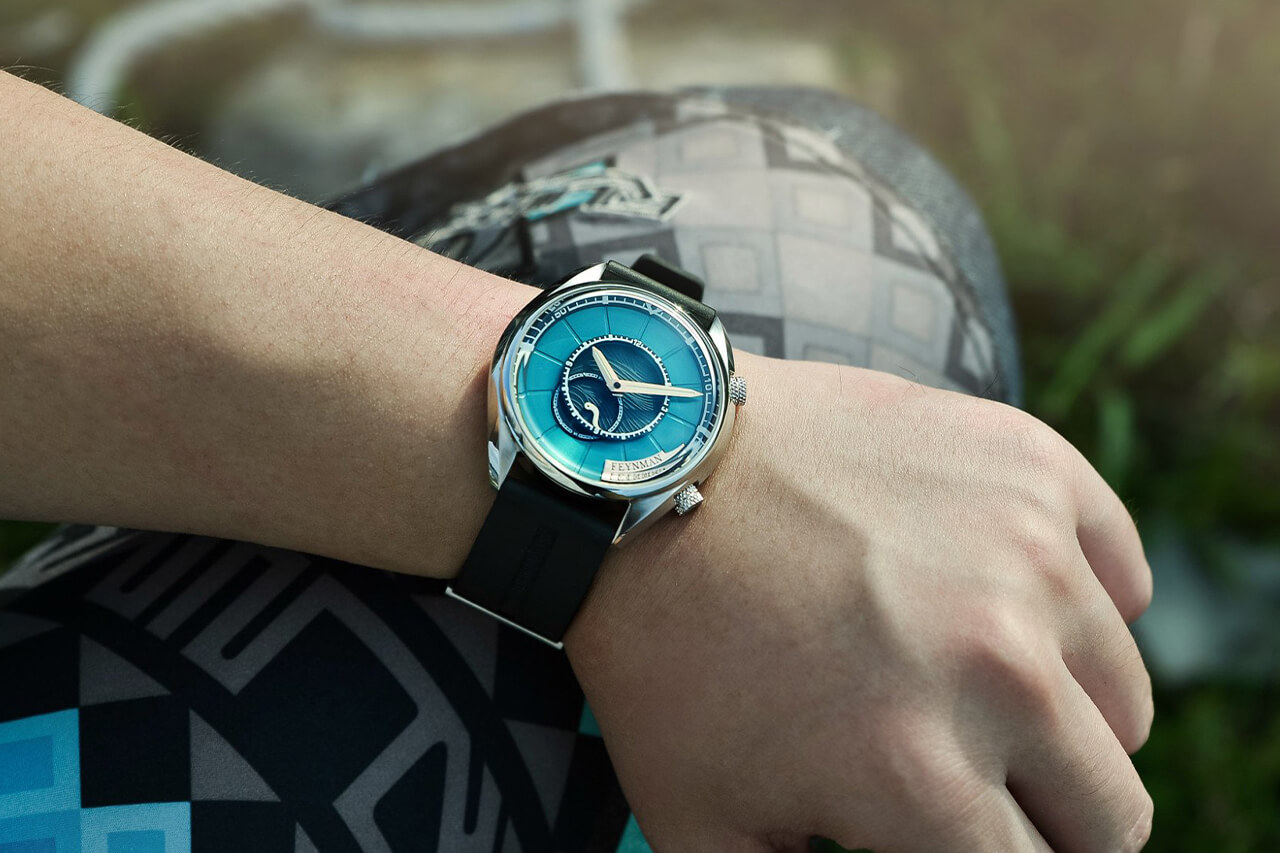 The dial is also evidently a theme that Feynman is running with, if its latest is anything to go by. Like the Feynman One, the Cove has all the hallmarks of a classic model (in this case a diver), meaning a rotating inner diving bezel, 200m water resistance and plenty of lume on the diving scale and hands. Yet that dial isn’t exactly your run-of the-mill, 60s-inspired number. 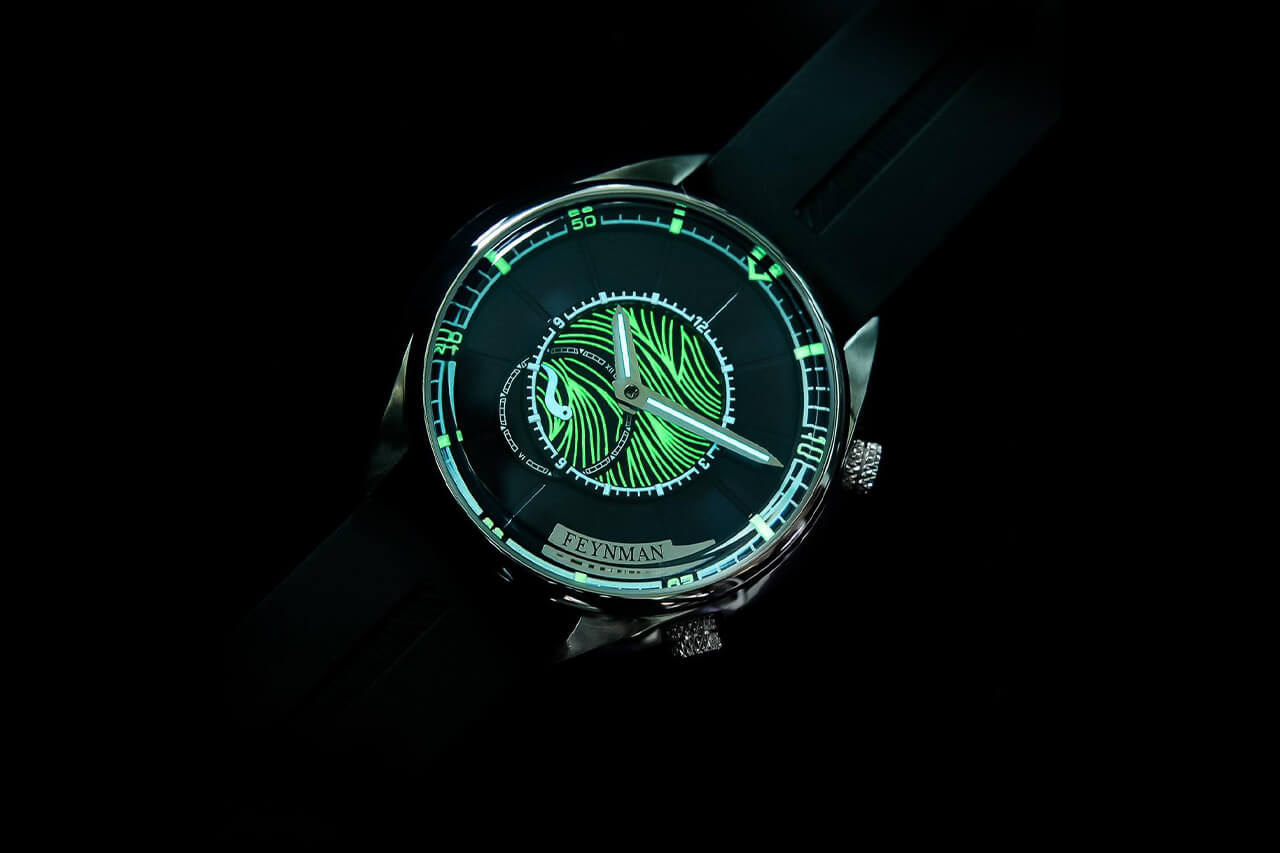 As well as utilising the same lizard-tail hand sub seconds as the Feynman One, the Cove takes the underwater necessity for lume and runs with it. Turn the lights off and the dial comes alive with a lovely wave pattern picked out in black lume. It’s one of the very few watches out there that actually looks better in the dark. 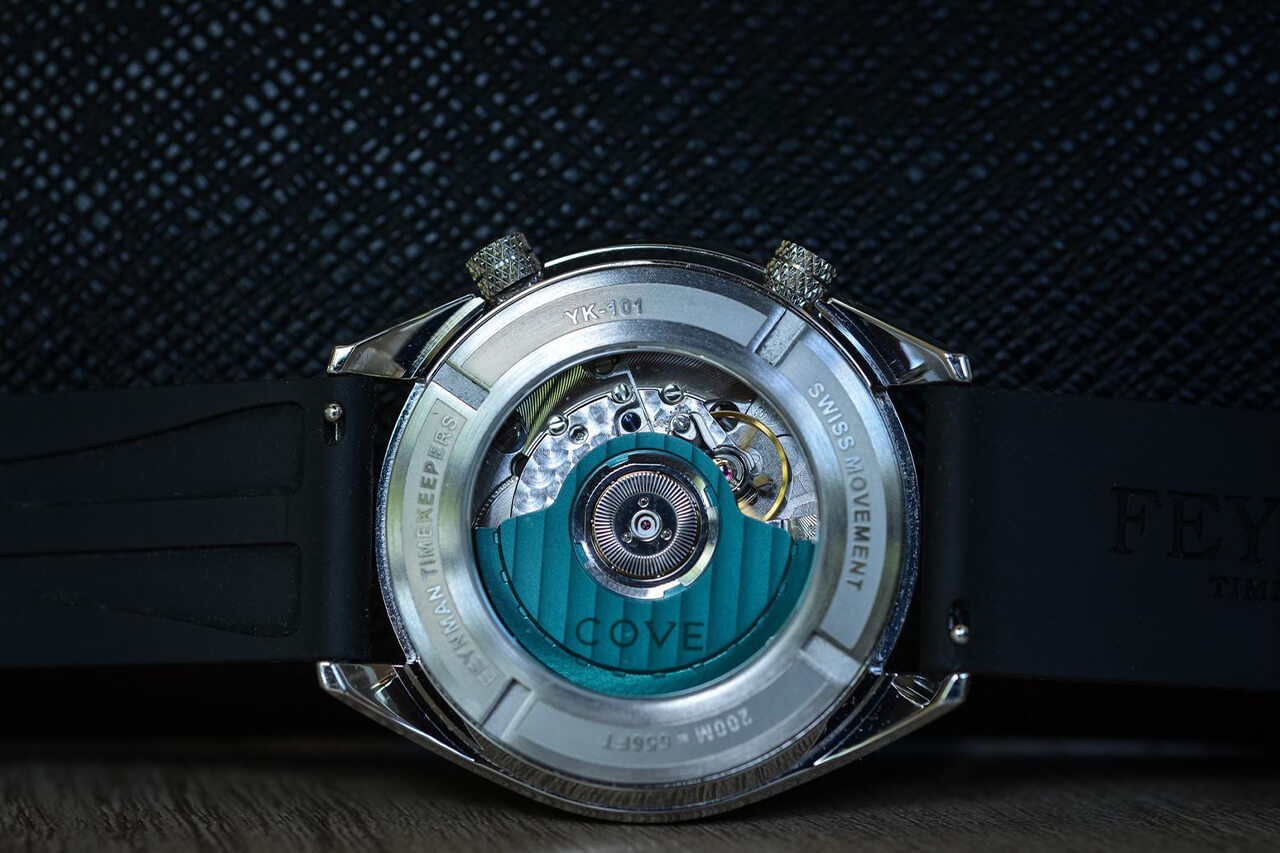 Equipped with an automatic ETA 2895-2 – the practicalities of a diving watch make an automatic make more sense over a manual-wind – and a rubber diving strap, the Cove has everything a diving watch needs and plenty you didn’t know you needed in a diving watch. Elegance and functionality don’t always go together; here they do.

So no, Feynman isn’t ‘just another’ Singaporean microbrand, though there seems no shortage of them cropping up nowadays. Instead Feynman is a watch brand with a strong, striking visual identity, a slight flair for the dramatic and a nuanced way of approaching standard horological designs. Here’s hoping it turns its sights to a high-flying pilot’s watch at some point soon.