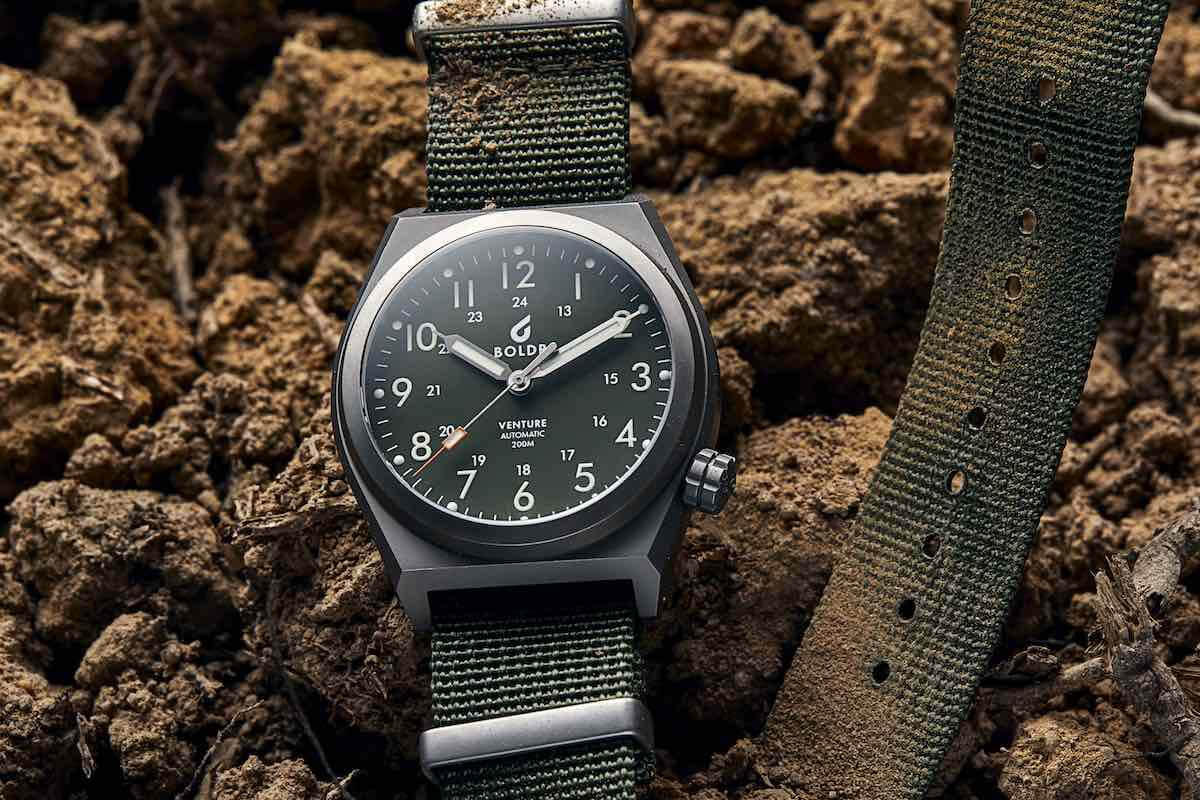 There are a few things you might look for in a decent watch. You might like something equipped with a great movement or a useful complication, or you might simply want something that looks the part. They’re all valid reasons, but they’re also a little pointless if your watch dies after a single knock.

A fine piece of haute horology is something to treasure, but perhaps not the kind of watch you want to wear while running about London. Instead, try something built to survive, preferably with a bit of urban cool to go with it. In short, take a look at Boldr. 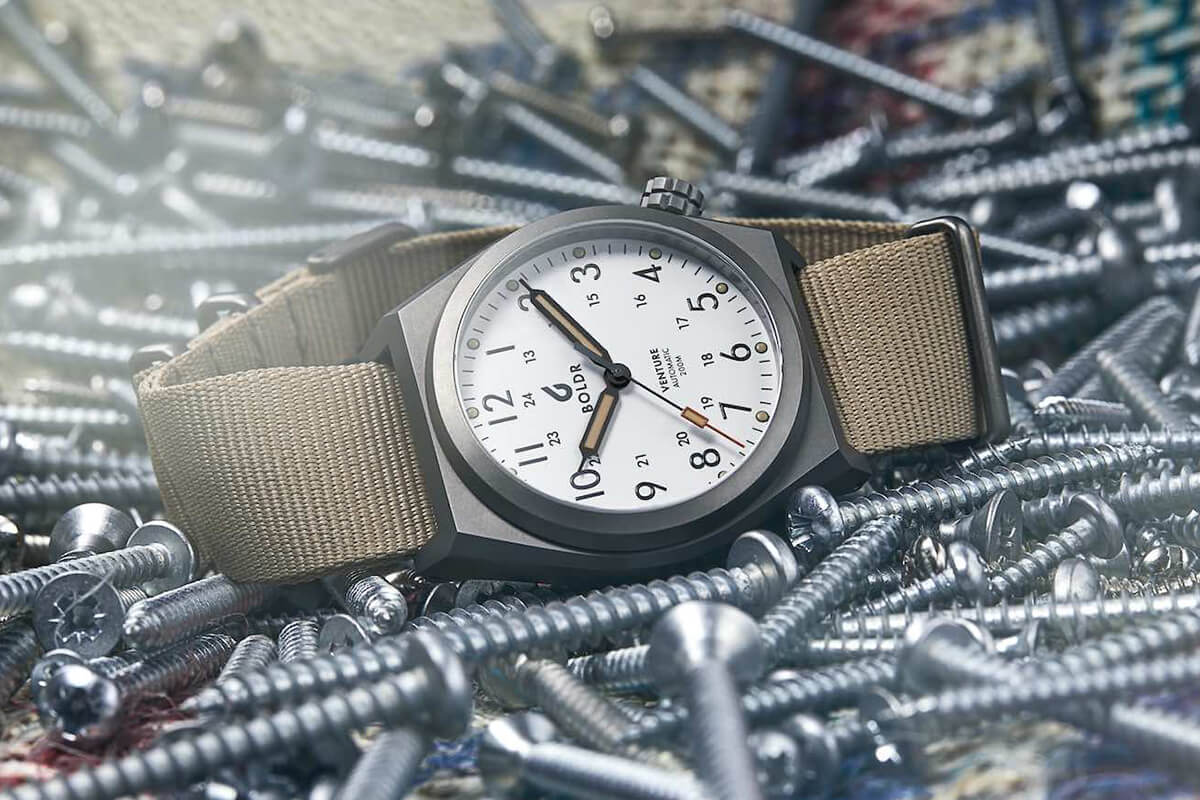 Settling somewhere between militaristic field watches and big, chunky, adventurers’ timepieces, Boldr watches are built to weather any storm with rugged cases and equally solid automatic movements. That however wasn’t always going to be the case.

Like many a cool micro brand at the moment (we’re looking at you, Ming), Boldr started in Malaysia and Singapore with a small band of collectors. After all, who better to understand what collectors want? However rather than automatic, the first Kickstarter campaign for Boldr was actually for a smart watch. 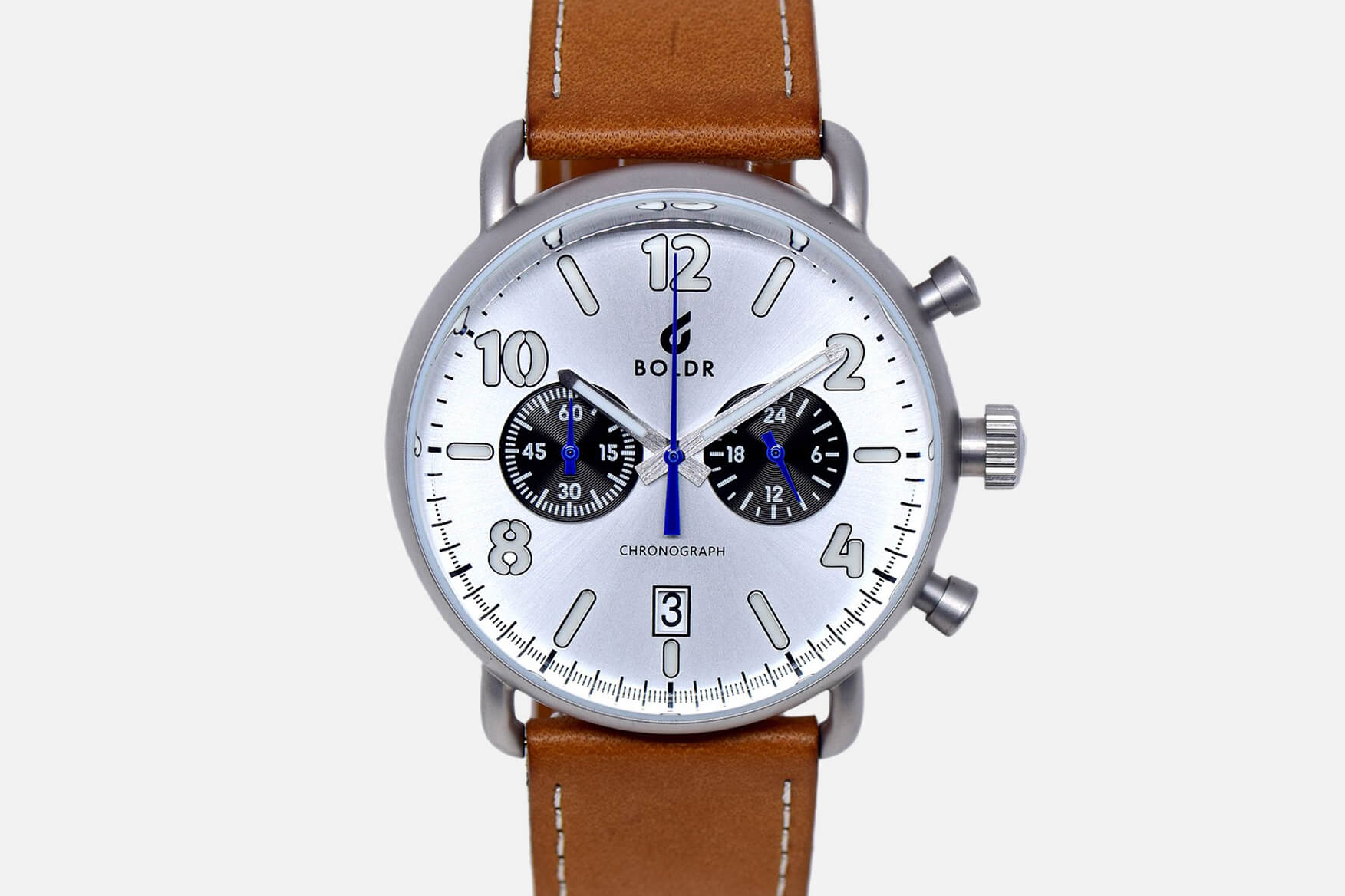 It was a cool idea, with plenty of phone-linking features and an analogue design. It was also destined not to be. Despite hitting its Kickstarter target in just 24 hours, problems with customs meant the so-called ‘clever’ watch wasn’t to be. Instead of giving up in despair, Boldr decided to take a different approach.

They kept the idea of a rugged analogue watch but stripped out the electronics in favour of a unique SII meca-quartz movement. Paired with the sleek, practical look of a vintage aviator chronograph, the Journey was born as the backbone of Boldr. Since then Boldr has come a long way. The majority of its pieces now house Swiss automatic movements (though the Journey still uses its signature movement) and many have taken a more modern, urban approach to durability. 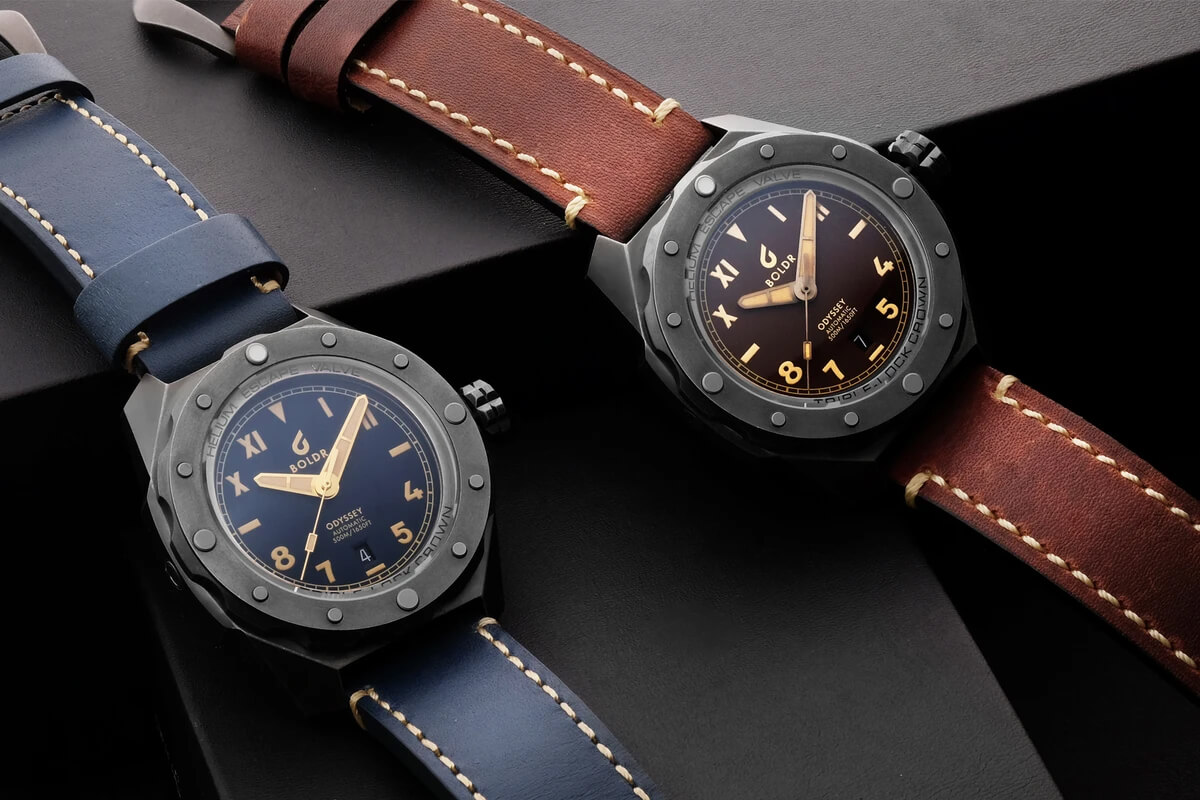 Of its new pieces it’s the Venture that’s become the Boldr flagship. On the one hand it’s an everyday field watch, built to survive wear and tear above and beyond your average timepiece. On the other, it comes in a colour palette that’s thankfully a little more interesting than the standard military khaki. 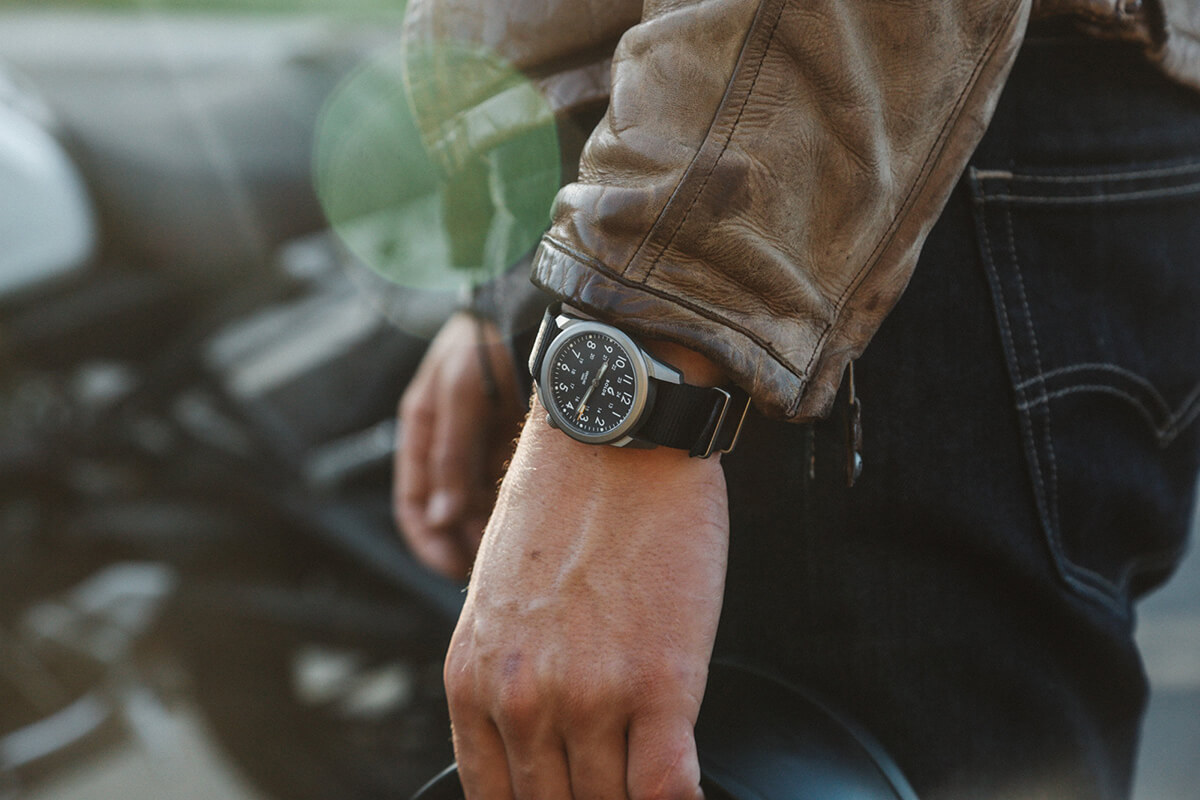 It comes in that particular shade of martial green, but also in a cool not-quite-navy blue, a classical white dial and a stealthy black. The case too is more than it appears, opting for lightweight, hard-wearing titanium rather than plain old steel. Finished with an off-centre crown at 4 o’clock, it’s a cool riff on the field-watch formula. Which is what can really be said about Boldr as a whole. Whether it’s the Odyssey diver or tactical, dual-crown Expedition, these are watches that, while not exactly cutting-edge, have been given a newer, more contemporary style, perfect for a bit of urban exploring. Given that the Venture comes in at just $299, it’s a style that doesn’t break the bank, too.