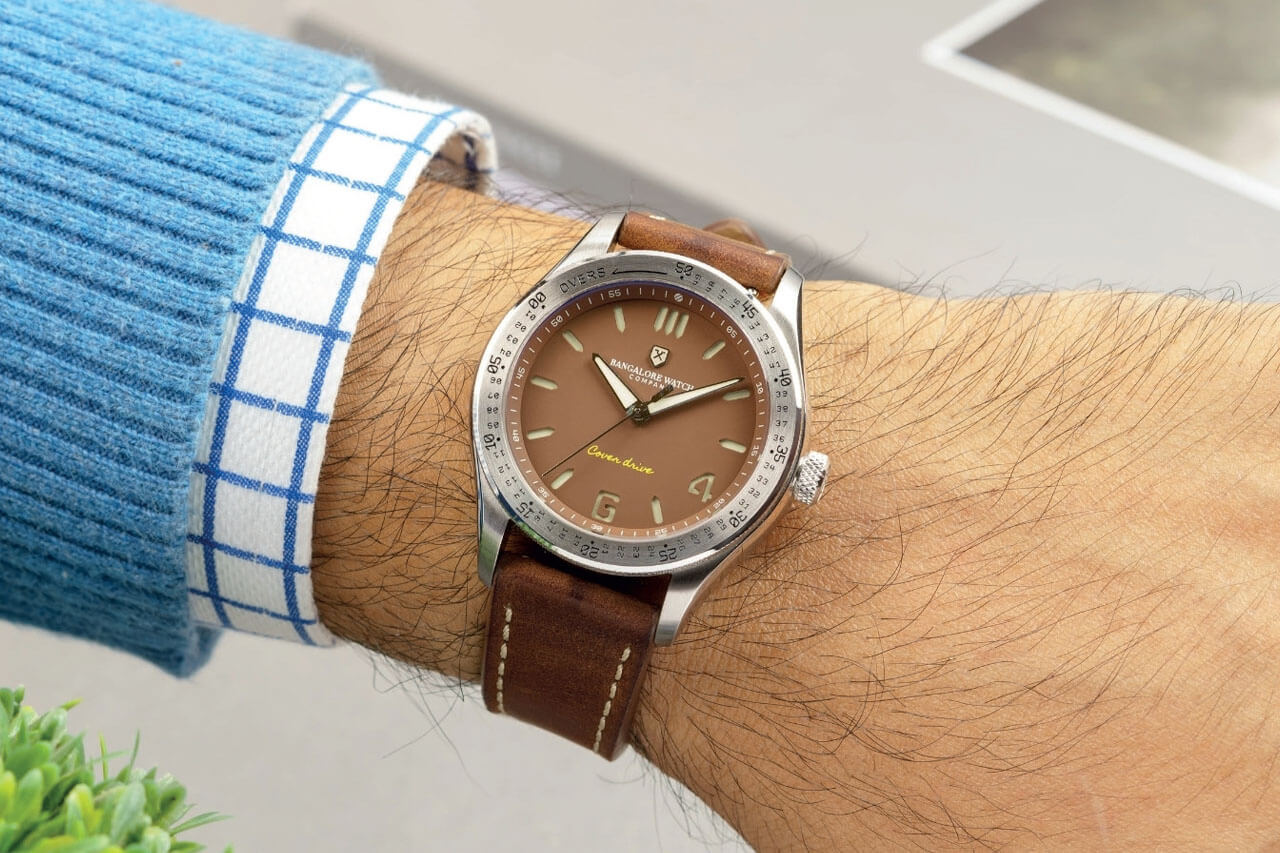 Every country has their own watchmaking traditions. For us, it’s tapping into the UK’s nautical heritage, British history and the early days of watchmaking. For Germany it’s the traditions of Glashutte and military Fliegers and for Switzerland… well, most haute horology to be fair. Even Russia has its own take on watchmaking with its cool, oversized ex-Soviet pieces.

For India, it was always HMT watches. Like Russian watchmaking, HMT was a hangover from more socialist economic policies, and every Indian guy throughout the 60s and 70s was wearing one. The amount of pieces they produced from their home town of Bangalore was staggering… until they were put out of business. 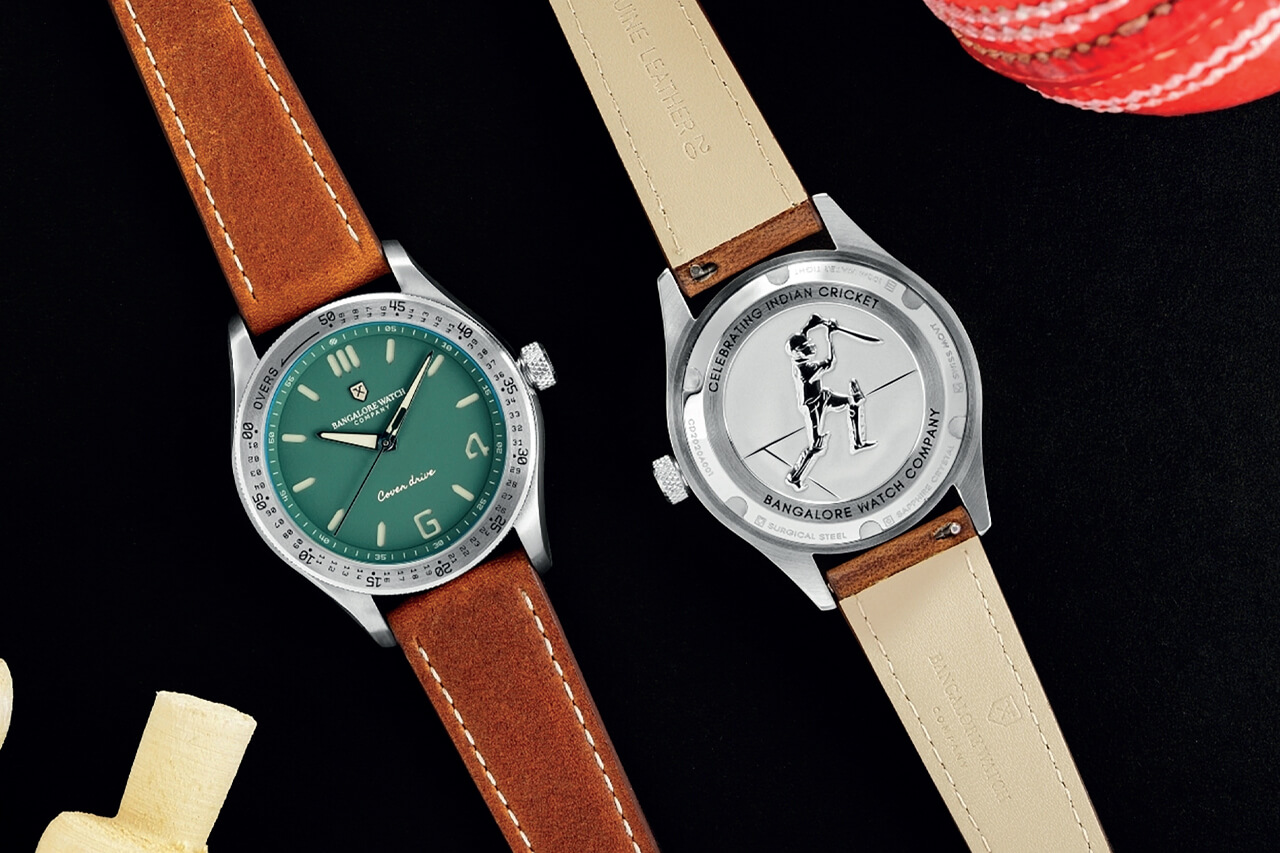 Never fear though; the end of an era the disappearance of HMT may have been, Bangalore has a new watch company to call their own, one whose collection is a good deal more respectable – yet no less culturally Indian. We don’t mean Ganesh statues and crowded markets, not stereotypically Indian. Instead over the last two-and-a-bit years, the aptly-named Bangalore Watch Company has created a range of timepieces reflecting the modern soul in India.

Founded by husband and wife team, Nirupesh and Mercy Joshi, both come from a tech background. In fact, they came into watches late in life, when their globe-trotting work took them to Hong Kong, where it’s impossible to escape the gravitational pull of watch collecting – and with it, the idea of an Indian watch brand. From there, it was two years of soul searching before finally, settling back in their home town of Bangalore that the locally-eponymous brand was born.

In a way, the Bangalore Watch Company is a successor to HMT, at least when it comes to collection. But the watches they produce are a world away from the cheap, mass-produced pieces Bangalore was previously home to. Instead, they combine solid components and reliable movements with an impressive eye for design and, perhaps more importantly: a story. 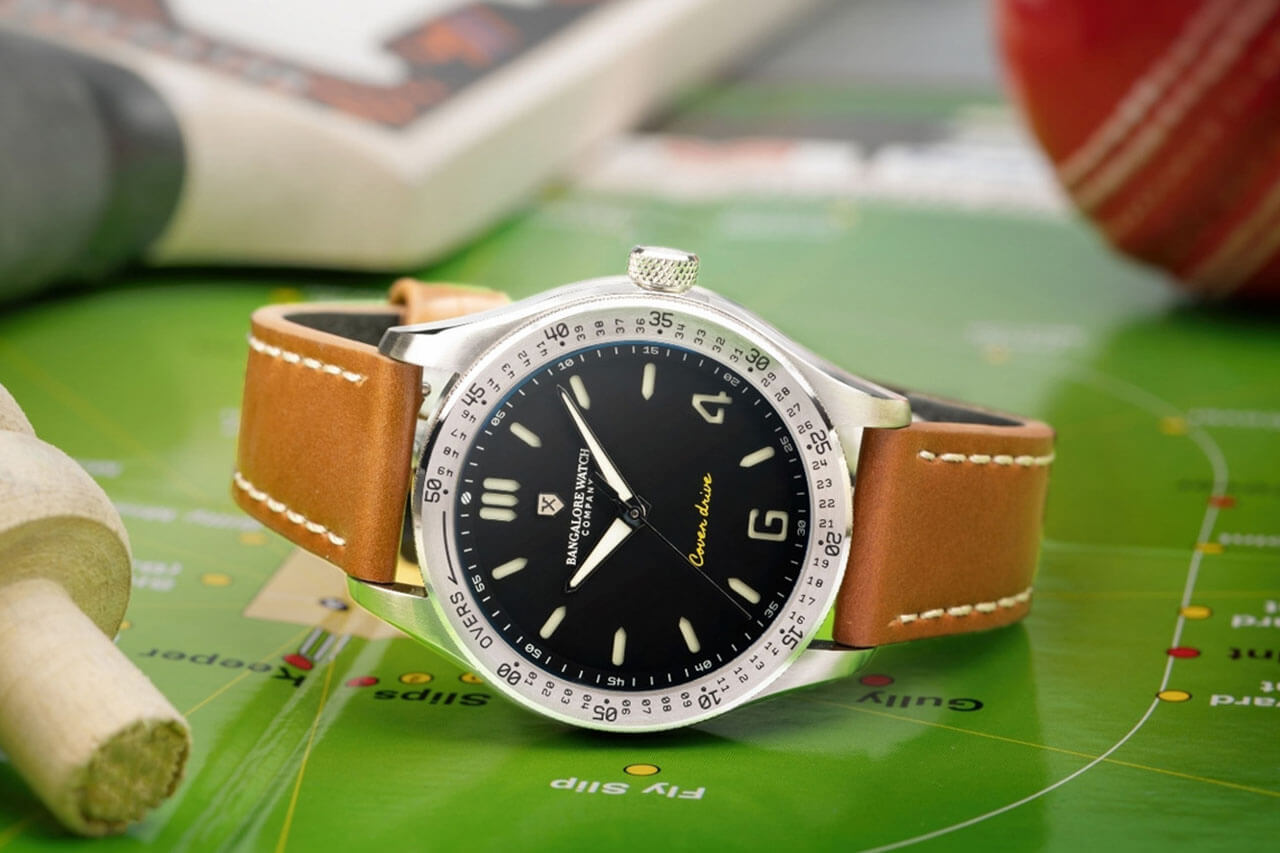 Their first collection, the Renaissance dress watch, was a direct nod to HMT and the kind of accessible pieces they used to make. The story of those watches is the story of Indian watchmaking. 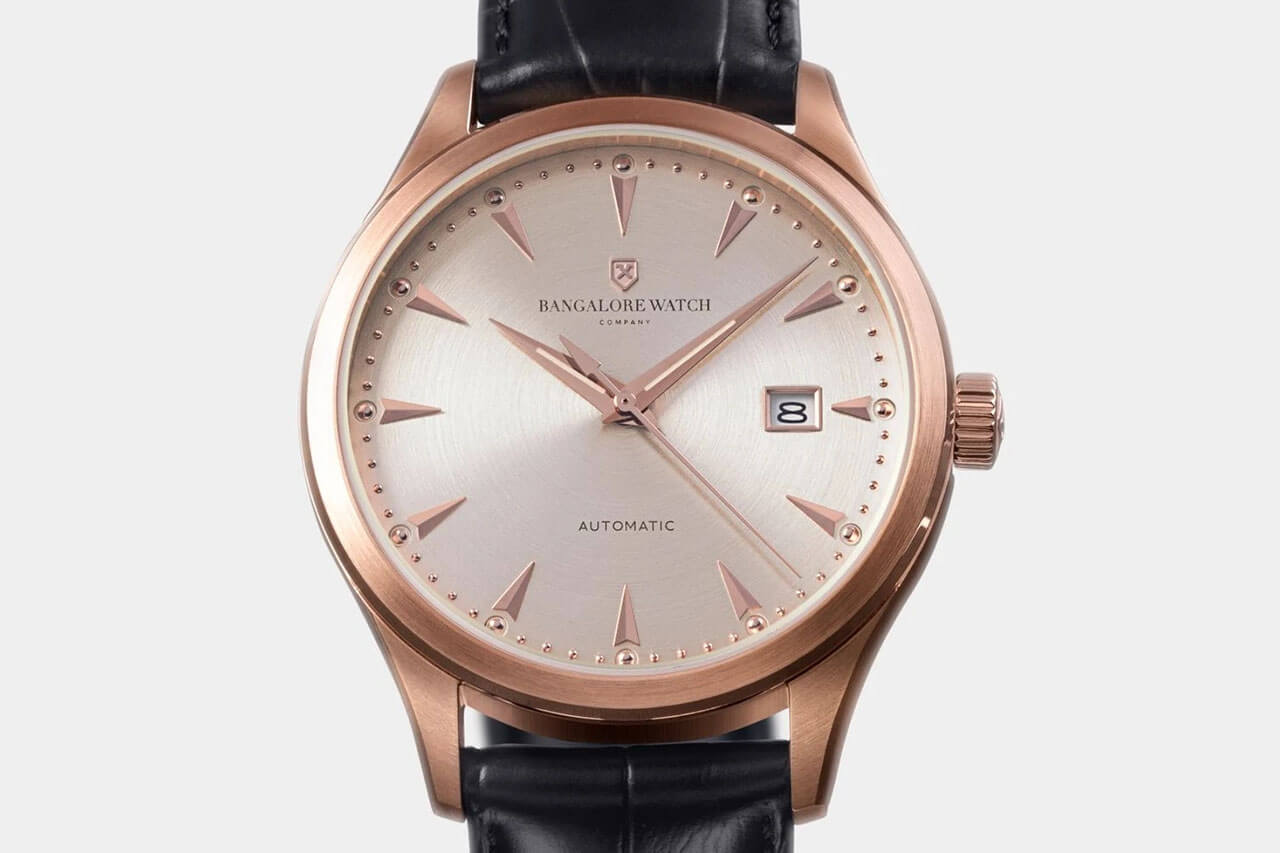 For the second watch however, the story is obvious even to those of us not well-versed in the region’s horological history. The Mach 1 is, very clearly, a pilot’s watch, with its clear, legible layout and high-contrast white numerals on black complete with the Indian flag front and centre. The eye- catching blue version goes a step further, referencing the exact colour of an Indian Air Force officer’s shirt. 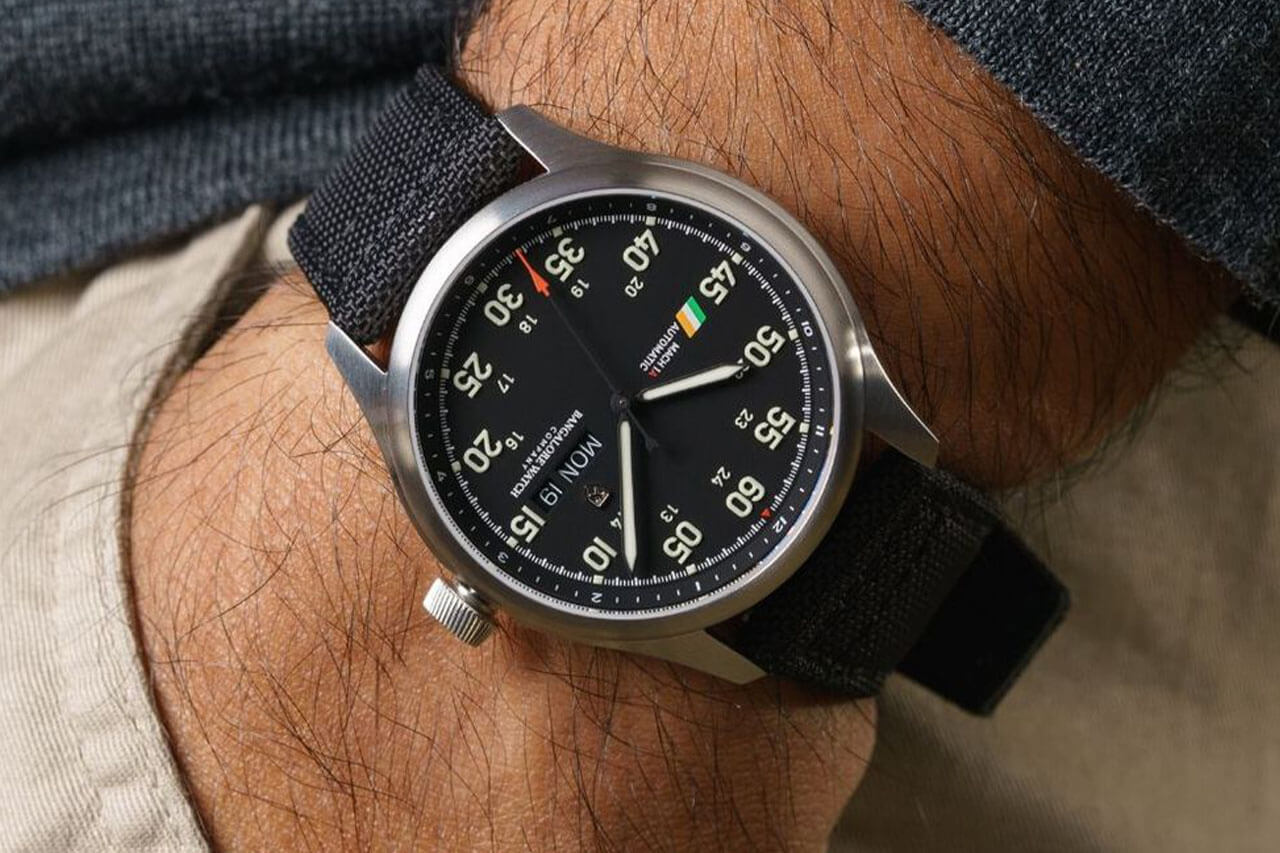 The final and most recent collection – bringing the total up to one full collection a year – is the Cover Drive, which is quite possibly the ultimate Cricket watch. Sporting details aside (the wicket 12 o’clock indicator, cricket bat second hand counterweight, the 4 and 6 referencing boundary shots), it’s a practical watch for cricket lovers with its over-tracking bezel.

The Cover Drive isn’t just a great-looking sports watch – particularly in that green. Wow. It’s a solidly-made timepiece and one that reflects what is arguably the main religion in modern India. Forget gold-rendered Hindu gods; if you want to know what a real Indian watch looks like, the Bangalore Watch Company is it.