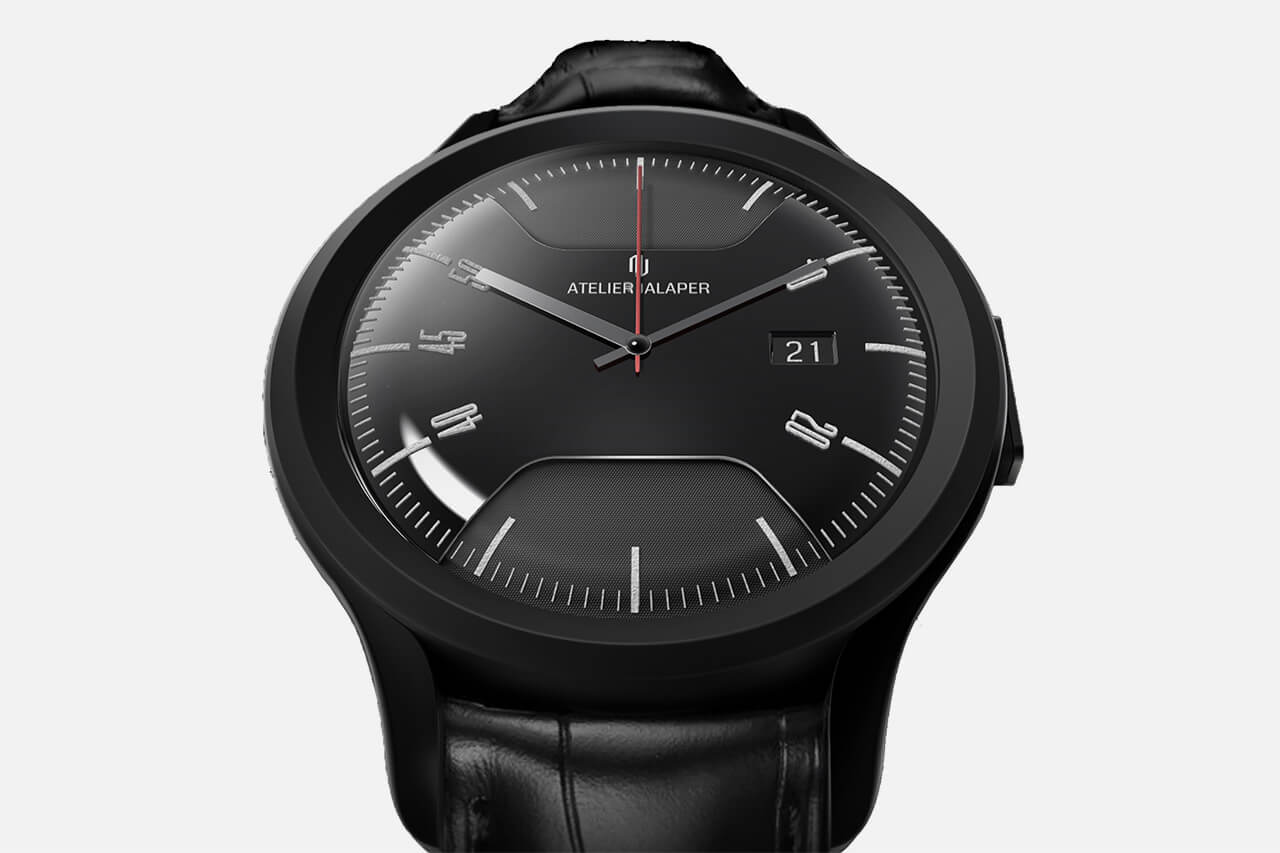 The Aston Martin DB5 is an icon – and I don’t use that word lightly. Despite only around 1,000 examples leaving the factory in its two years of production, it’s among the most famous classic cars ever built, partially thanks to its starring role alongside the filmic version of 007, partially as a grand tourer that was as close to perfect as makes no difference.

That’s not a controversial opinion to have. In fact, it’s pretty much objectively true, minus the occasional Ferrari fanatic out there. It’s also one that Louis Jalaber and Simon Szleper, the gentlemen behind Atelier Jalaper, share. 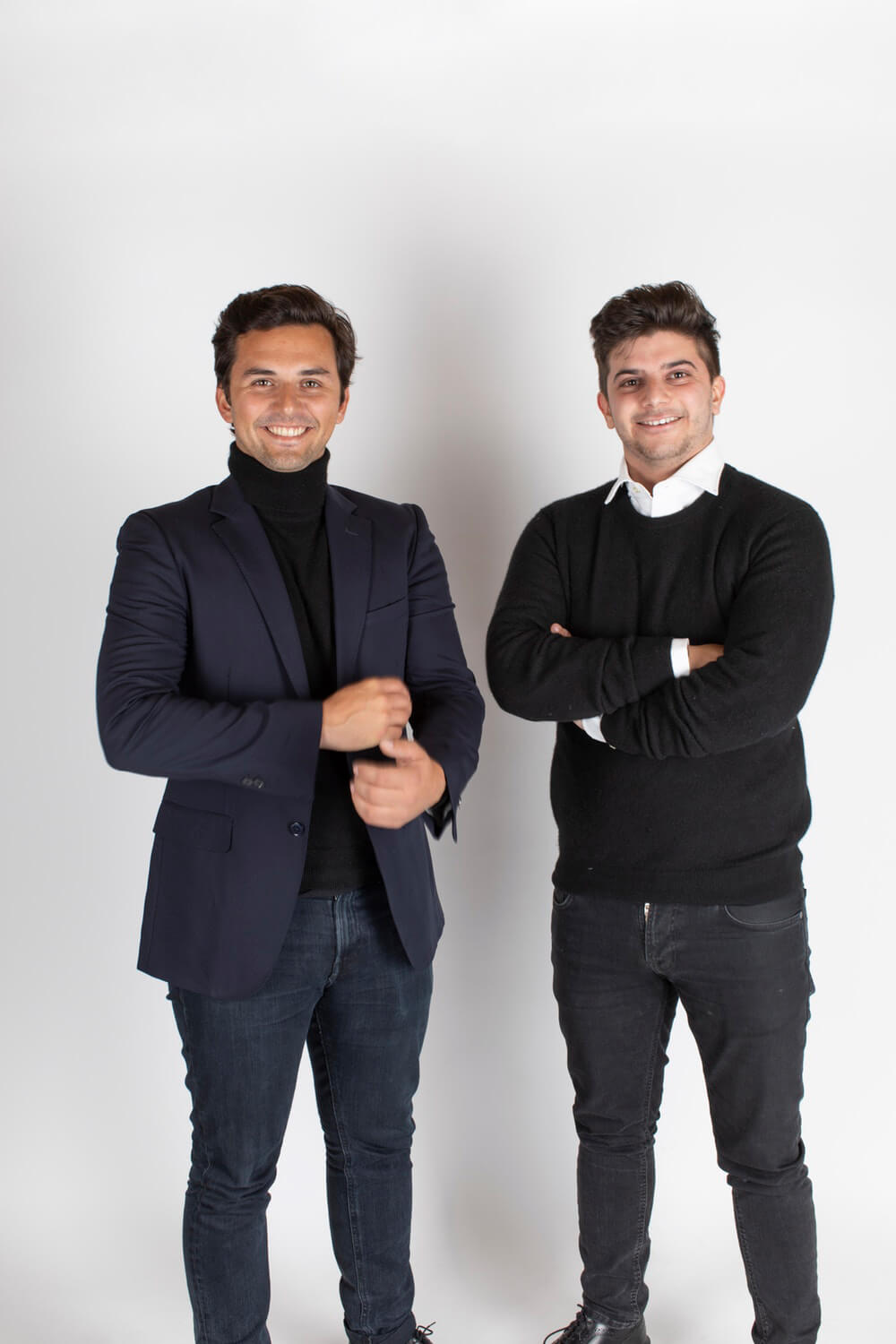 Both men share as great a passion for watchmaking as they have for cars, which is to say near-obsessive. There’s always been a clear link between those two fields of course; where fine mechanics and engineering are concerned there are always distinct synergies, particularly when it comes to luxury. The inevitable result therefore was an intricate crossover between cars and timepieces.

However, not content to simply pile on the cavalcade of automotive-inspired timepieces out there – and there are a worrying amount – Atelier Jalaper incorporates Aston Martin DNA into its watches in the most literal way possible. Taking a cue from the likes of REC and Bremont, Atelier Jalaper has created a collection of four watches, each with an authentic piece of a DB5 on their dial.

The metal in question is taken from the bonnet of a DB5 and forms the main central part of each dial. Due to the nature of the metal – and the size of the piece of metal used – no two watches will be identical, each immediately identifiable by its own peculiar grain. 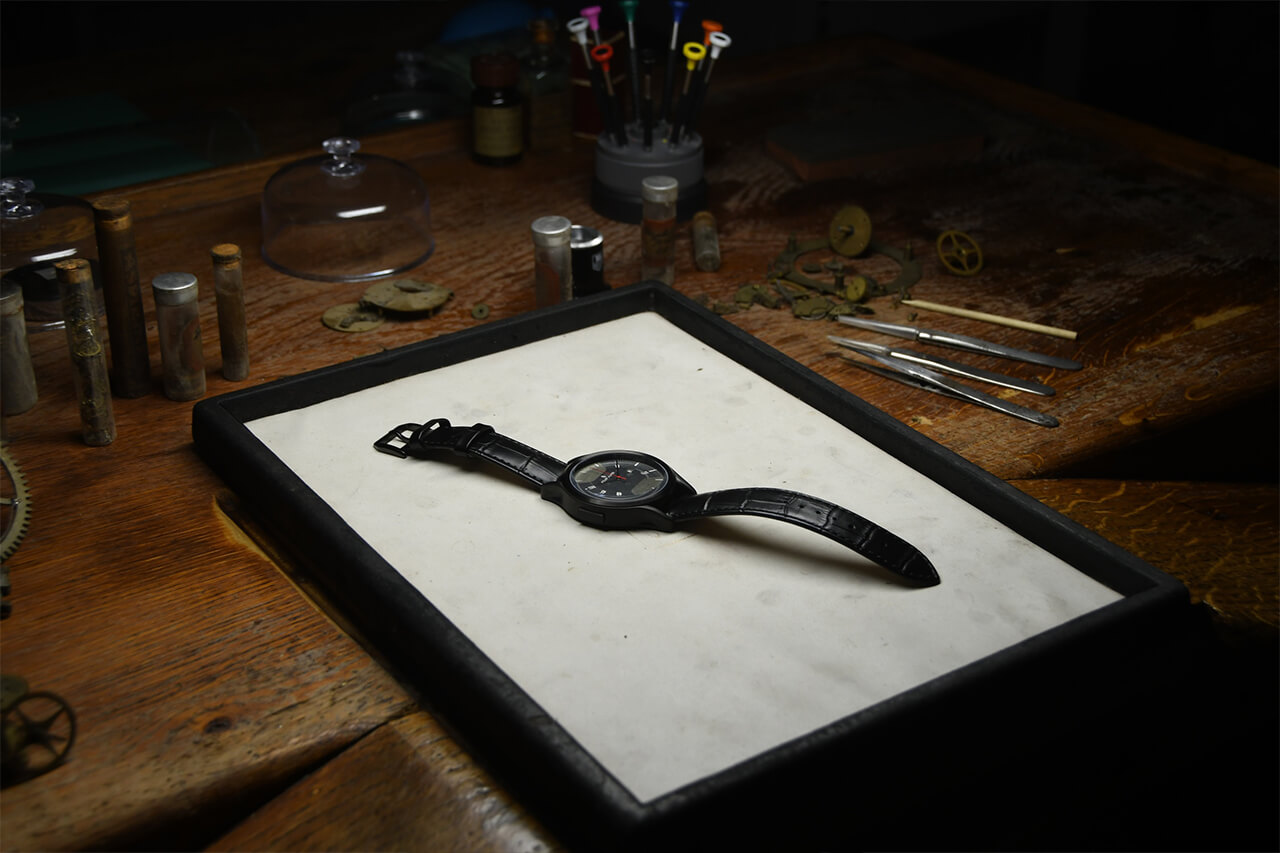 The dials are then complimented top and bottom by guilloche segments reminiscent of the car’s grilles. They’re not taken from a DB5 of course, but they complement the automotive look of the watches flawlessly, and make you feel like you can almost see the engine underneath.

That engine, the movement, powering the whole enterprise is from Miyota, a reliable Japanese number. It may not be the flashiest movement in the world but when it comes to reliability – and, most importantly, accessibility – the automatic movements are beyond reproach. The specific calibres are the 821A and the 8285 in the day-date version, both offering solid 42-hour power reserves. 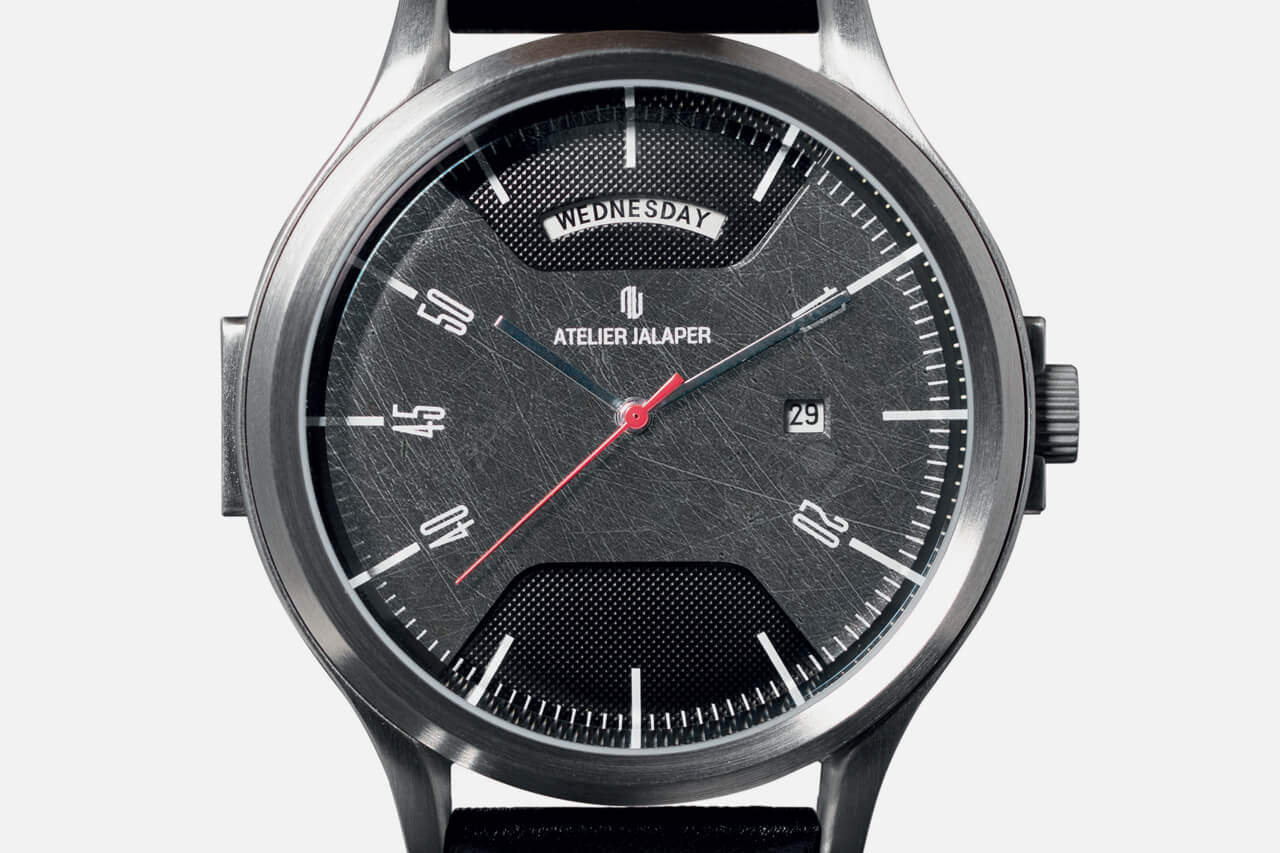 Both the date-only and day-date are available in plain steel or with a black PVD coating and share the same bold, 40.5mm case, notable for the muscular shoulders either side of the dial. Personally I prefer the black day-date, with the contrast of the gunmetal DB5 bonnet metal, but to each their own.

Set onto a perforated racing strap – because what else would it be? – Atelier Jalaper’s first quartet of timepieces is something special. Not only do they make a song and dance out of a car that most certainly deserves it, but they make owning a piece of that icon accessible. I mean, have you seen auction prices for a DB5 recently? It’s scary. Most importantly however, they are solid, affordable and incredibly handsome timepieces.

Just don’t expect them to hang around forever; only 600 pieces are being built and there are only so many scrap DB5 bonnets to go around. More details at Atelier Jalaper’s website.