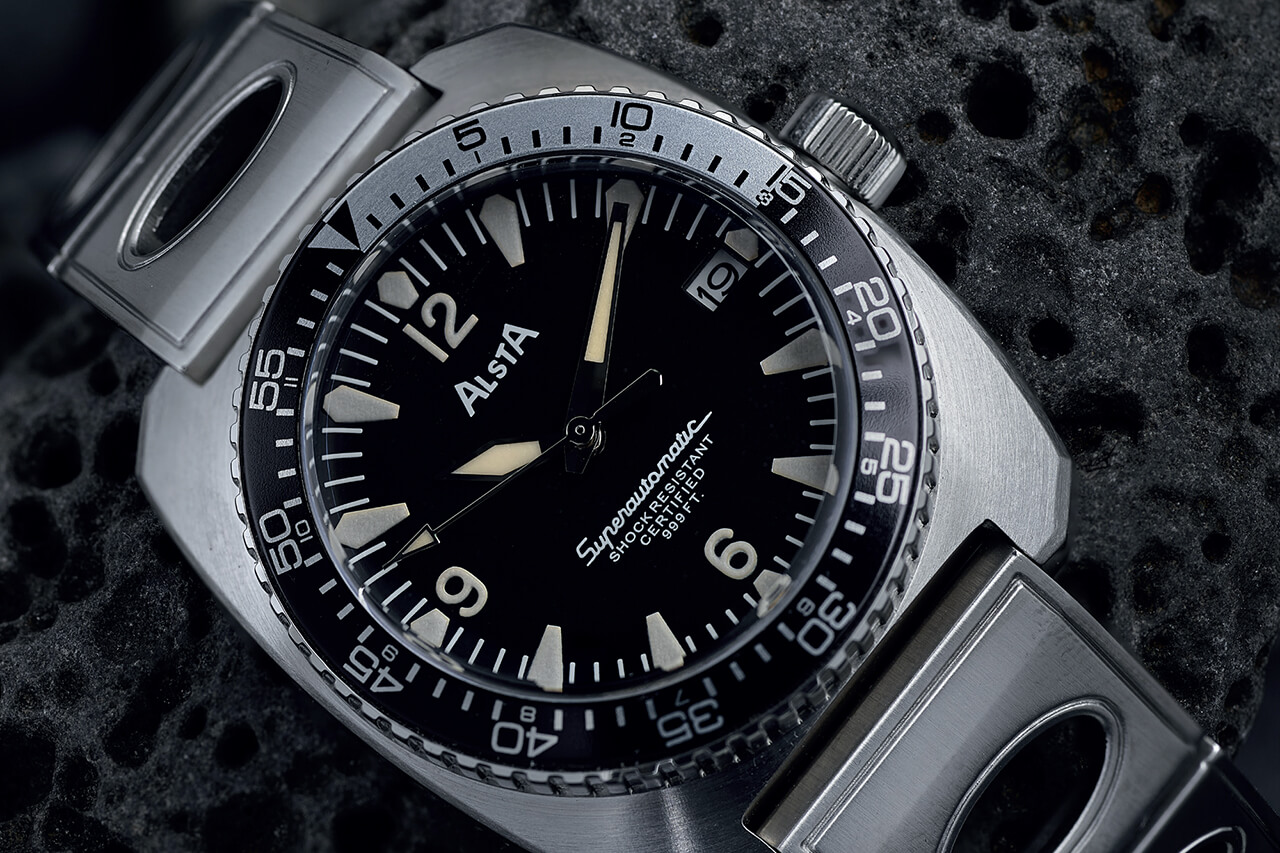 You may well have come across Alsta before, albeit in a bit of a cameo. I’ll give you a hint: “We’re going to need a bigger boat.”

Back in the 60s and 70s Alsta built some of the most stylish nautical watches around – big, robust, industrial slices of ocean cool. That included a starring turn in the epic capitalist allegory (or junky shark movie, depending on who you talk to), Jaws.

However, they weren’t quite as timeless as the film. Like many an independent brand in the 70s, the quartz crisis killed them off and until recently you could find a fair few languishing in vintage watch shops and the occasional down to earth auction. They were one of those fun little finds that are always worth plumping for, not much more. 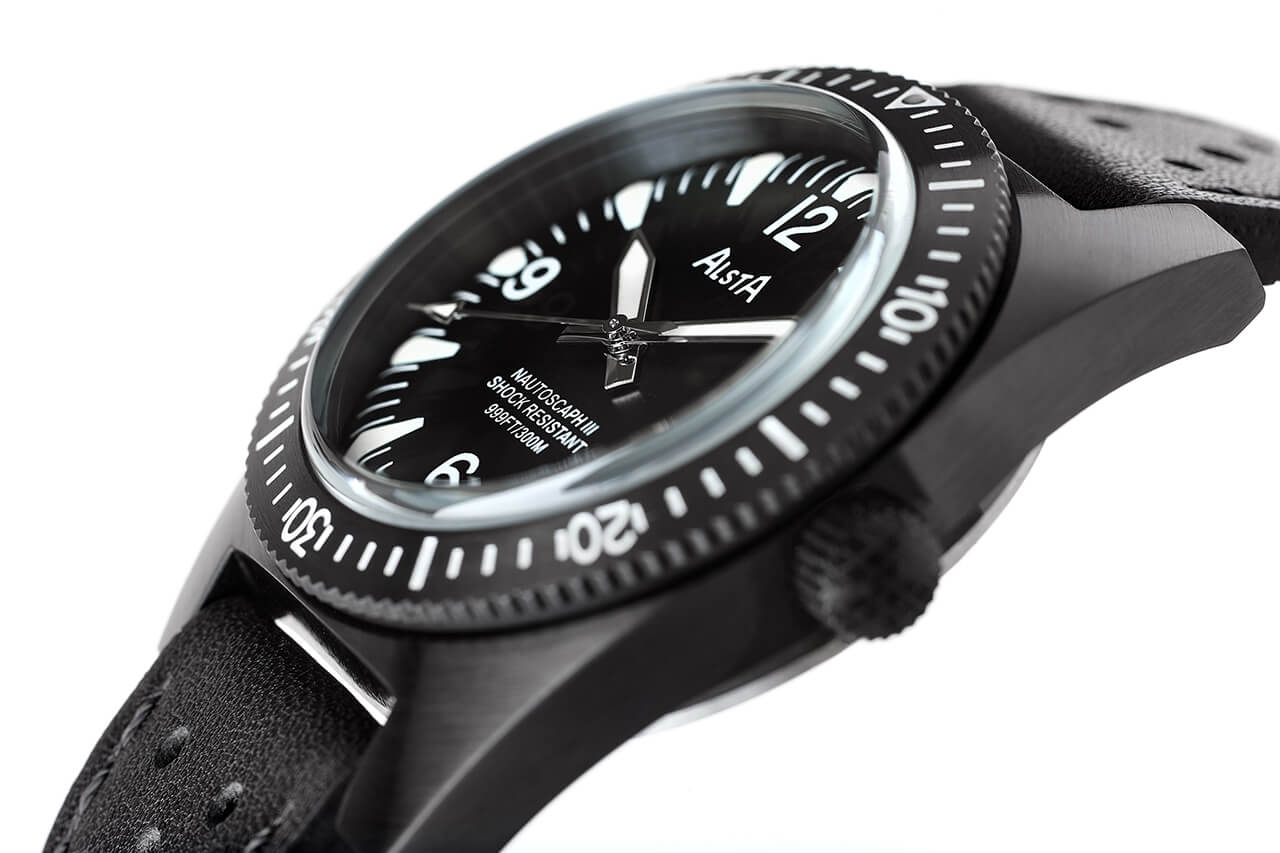 That was, of course, until 2014 when the Alsta name was brought out of retirement and even more importantly 2017 when it released its first wristwatch in 40 years: the Nautoscaph II. You can guess where they got the inspiration from – inspiration though, not blueprints. That’s important to note.

The Nautoscaph II was just what it needed to be, both throwback and shiny new vision for Alsta and so far has been a pretty massive success – so much so that they quickly created the Nautoscaph III and the Surf n Ski, a funky number just as idiosyncratic as its name. 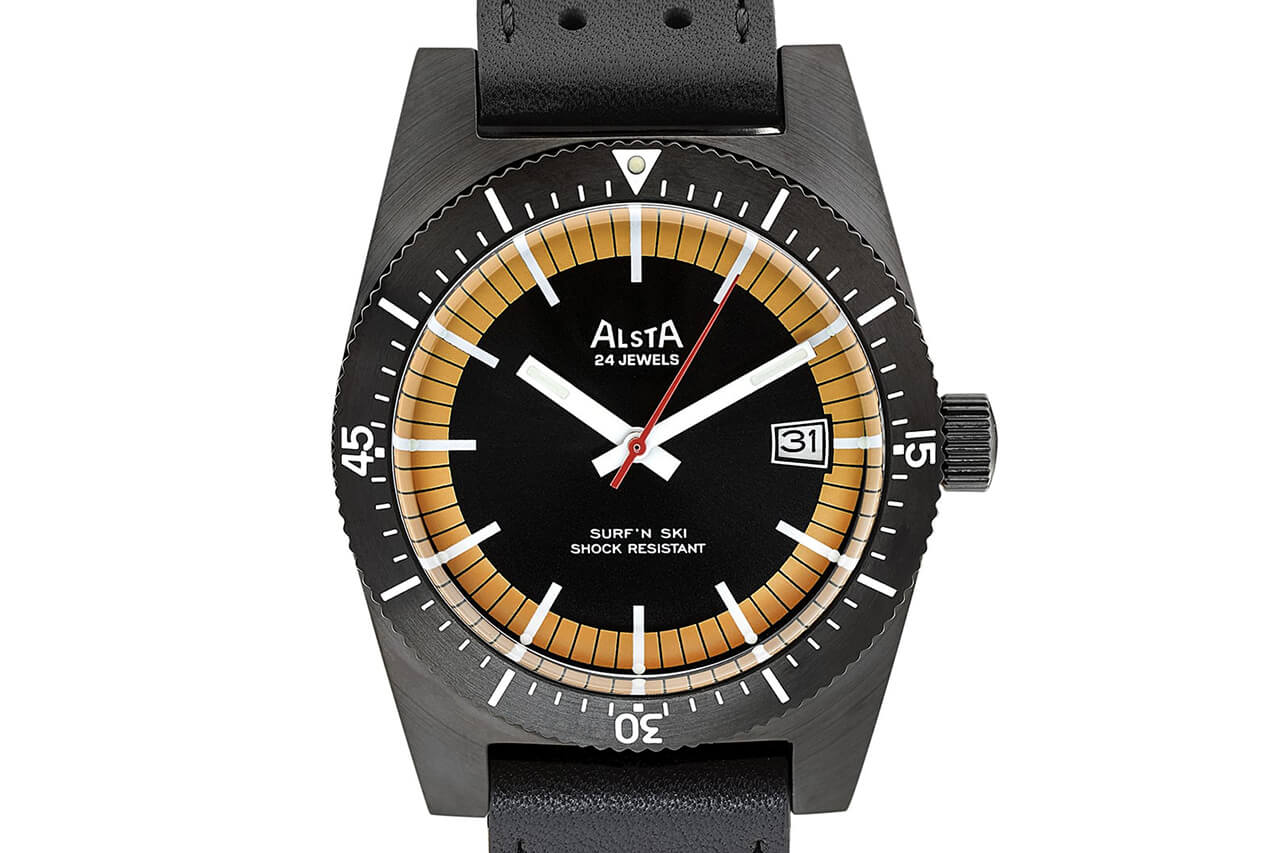 Now though Alsta is going back to the silver screen for the adaptation we’ve all been waiting for: the Nautoscaph Superautomatic. Rather than the more rounded design of the new interpretations of the Nautoscaph, this latest edition is a spitting image for the one Richard Dreyfuss wore in the seminal 1975 movie.

The ‘Jaws Watch’ is as authentic as it’s possible to be without raiding vintage shops around the world for parts. That means an industrial cushion case in brushed steel, a chunky black and silver diving bezel and a characterful dial. 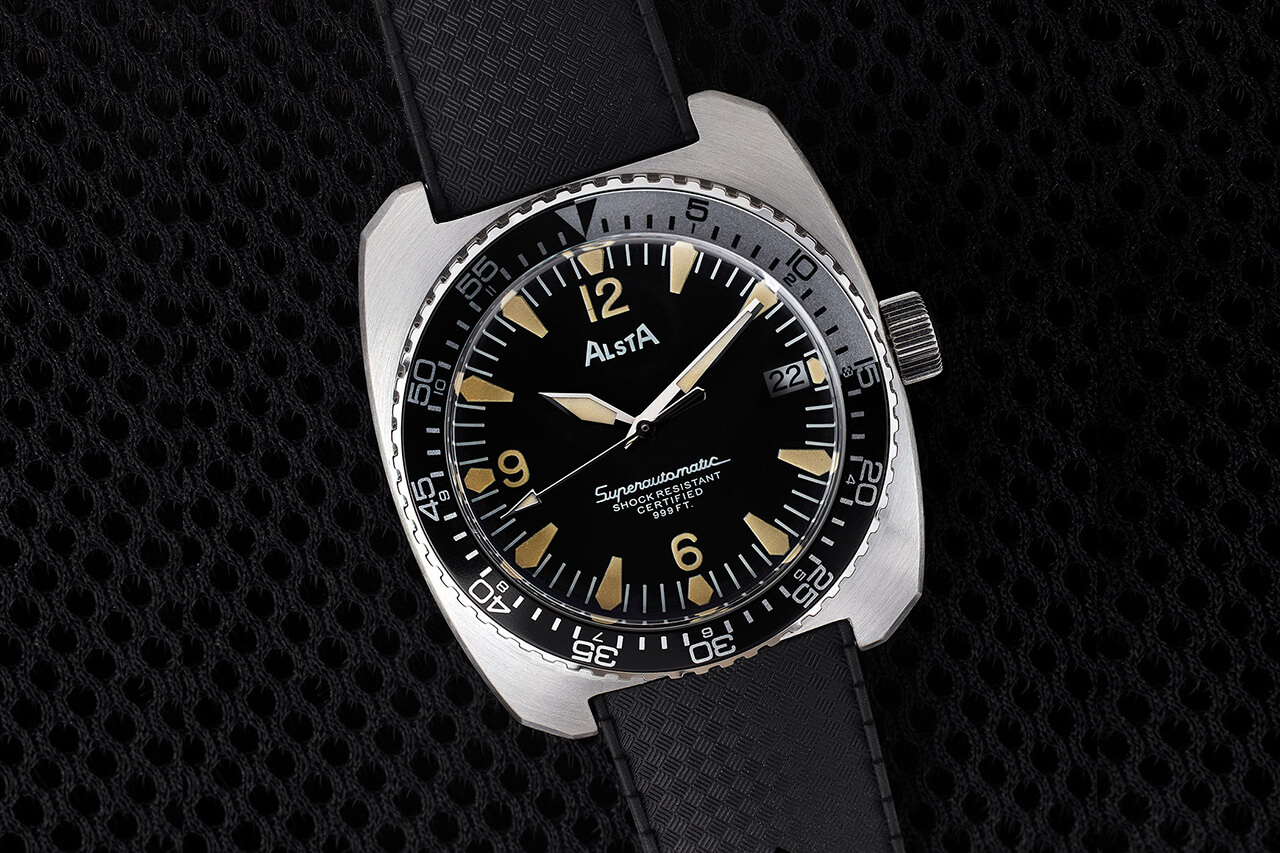 There are some allusions to modernity of course, the most notable being the case size. The original was tiny for a diver, especially by today’s standards, and has in the new version been upped to 38mm. It wears larger thanks to the shape of the watch but it’s still diminutive by tool watch standards. Throw in a contemporary movement and you have a movie watch that’ll last.

More importantly, it’s a practical instrument. While I’d be hesitant to try it against a shark, it’s been tested to rigorous standards and is ISO 1413 and 763 compliant – ie it can get beaten up by a magnet and still run fine. 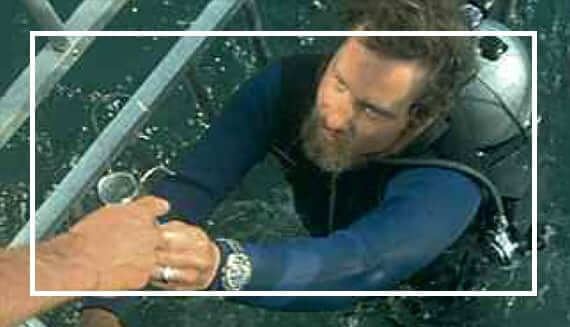 It’s a surprise really that Alsta was only revived back in 2014; it has the perfect archive of retro designs and a silver-screen pedigree, what more could you ask for? Still, now they’re here it looks like they’re here to stay. Now we’re off to re-watch a classic.