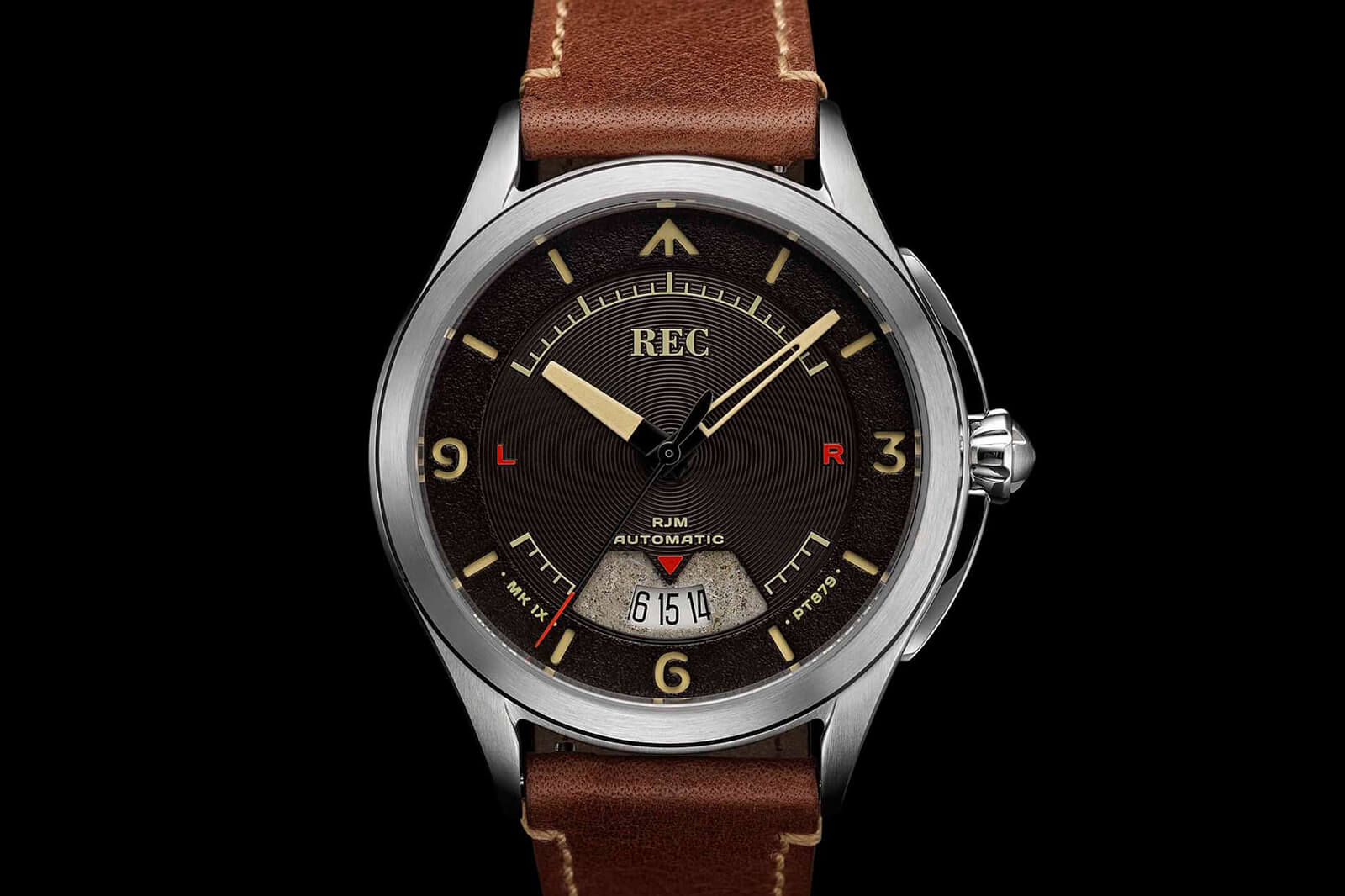 You’ll probably have seen REC timepieces before, the cool, industrial-looking watches incorporating pieces of iconic cars. Well now the petrolhead watchmakers are taking to the skies with arguably the most famous aircraft in history: the spitfire. Their latest creation, the RJM, incorporates salvaged material from a very special vintage Spitfire: the only one to return from its lease to Russia during WW2. Apparently the Russian government is worse than a careless housemate.

This particular plane crashed on the Russian Tundra during a dogfight way back in 1945. For the better part of a century it’s been a wreck, until now. The PT879 is undergoing restoration as we speak, meaning entirely new parts. The old parts, on the other hand, have gone into this watch.

You can see the metal quite clearly on the dial of the RJM, set around the date window. You can even see the pits and imperfections of a well-used aircraft, ensuring that each is unique. The watch itself is based on pilots’ watches of the period, with a more vintage feel than REC normally opts for. 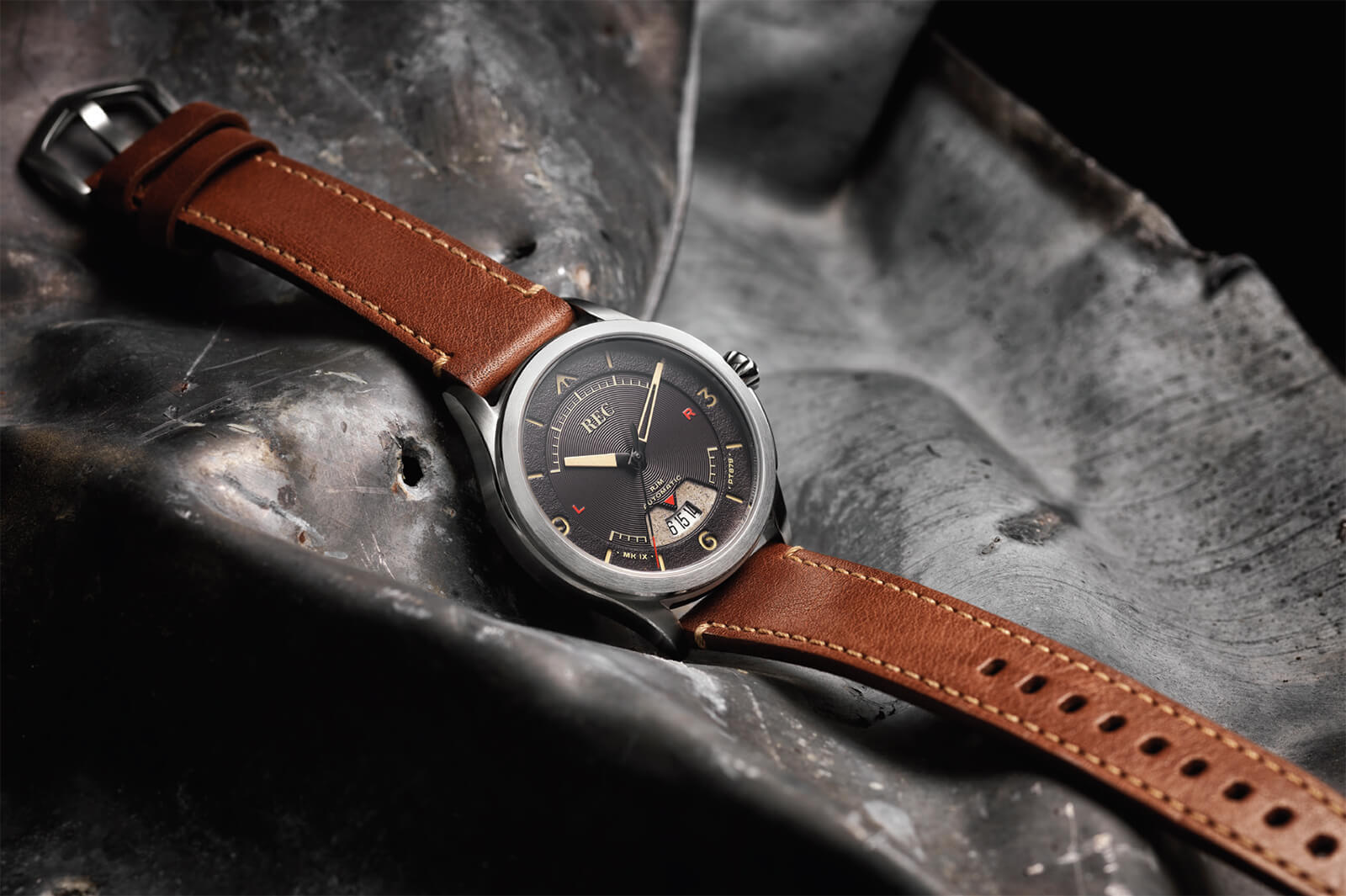 Inspired by those worn by the British Air Force, it’s a pronounced look but with a few modern twists. The crown tip imitates a Spitfire nose cone, while its guard takes its inspiration from the elliptical wing shape. The rotor on the back is riveted in the same way as the aircraft’s fuselage and the dial even bears the famous Ministry of Defence arrow at 12 o’clock. 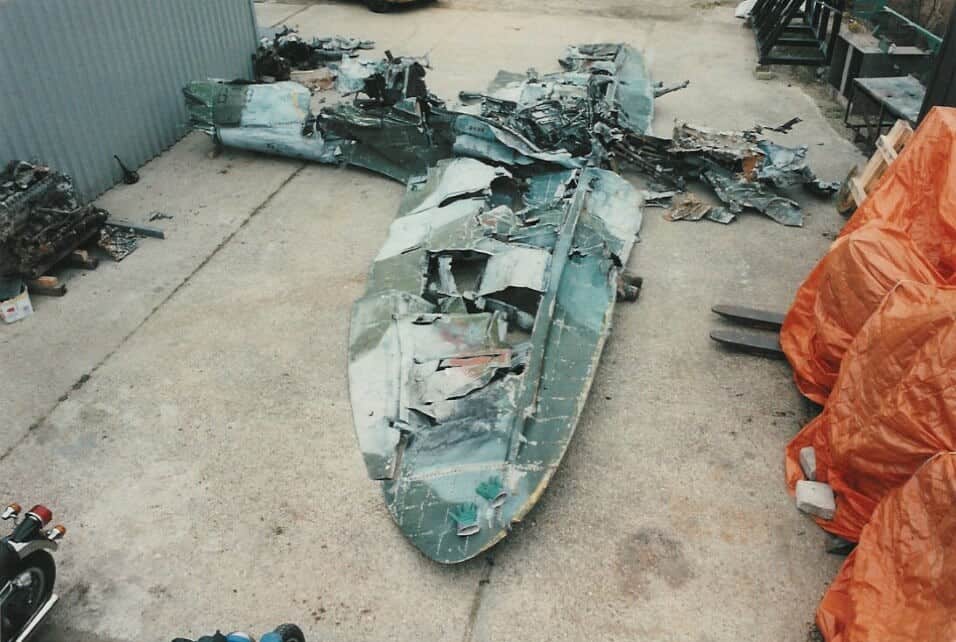 This is a watch that’s limited by its very nature – there’s only so much material to go around – but more importantly it’s a piece of history in a fittingly historical setting. If that’s not enough to captivate you, think on this: all proceeds go to the restoration of the very Spitfire the metal came from. Seeing the PT879 fly again is worth buying the RJM alone.