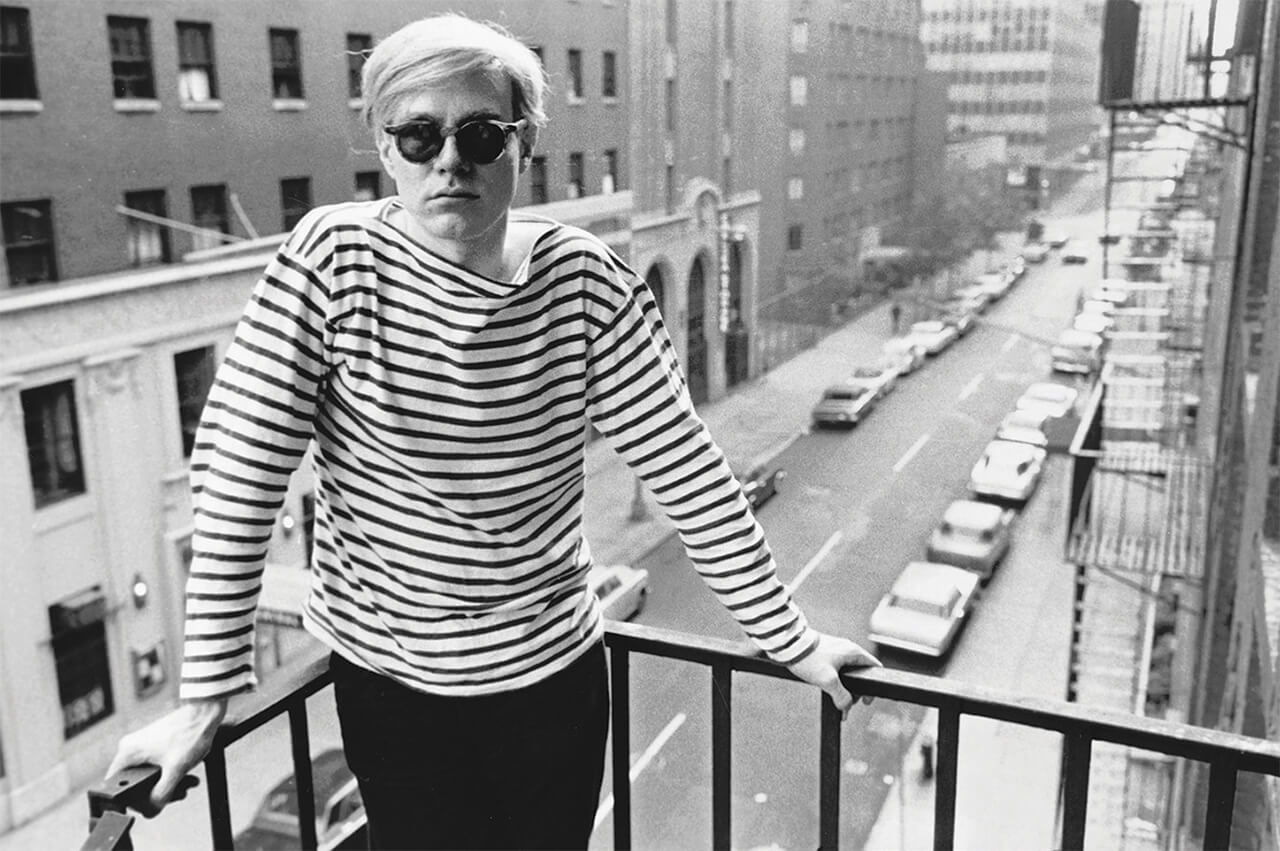 Even wardrobes in the most landlocked areas of the country are packed with pieces that were originally intended for a life at sea. Here, we take a dive into a few of the nautically-derived items that, if you don’t already own, you should anchor your summer outfits with.

Legend has it that the 21 white and blue stripes on the traditional Breton shirt (or ‘marinière’), first adopted by the French Navy in the mid 19th century, represented each of Napoleon’s victories over the British. However, while originally a symbol of French military pride, it has now become a go-to for men looking to bring a certain je ne sais quoi to their casual outfits whatever their personal style – or political allegiance. 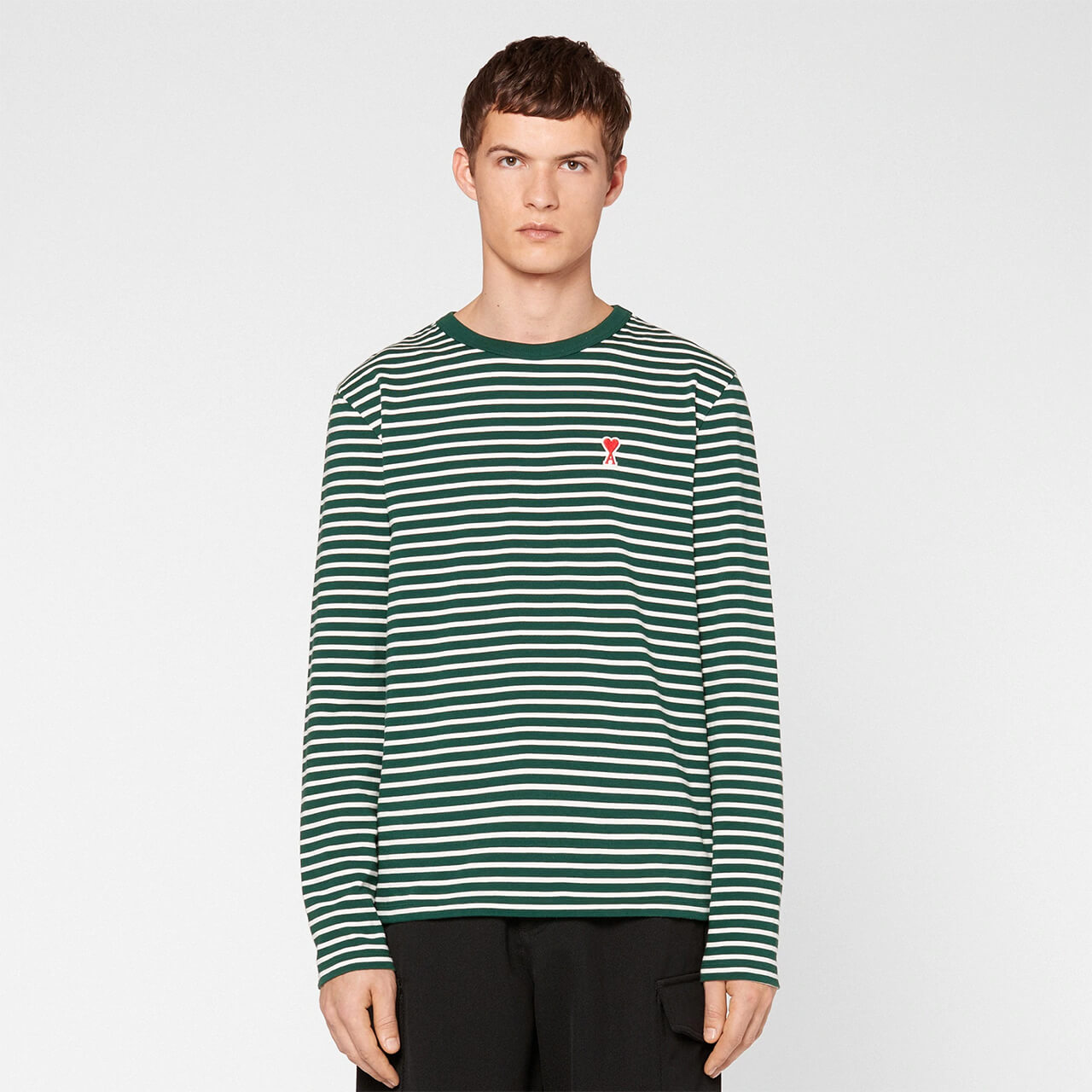 Breton stripe shirts have been a mainstay of Alexandre Mattiussi’s collections from Ami since he founded the label in Paris back in 2011. The heart-logoed ‘Ami de Coeur’ collection features the designer’s take on the genre in a series of cool, wearable colours (the dark green is a particular highlight). Proof perhaps that the French still do it best. 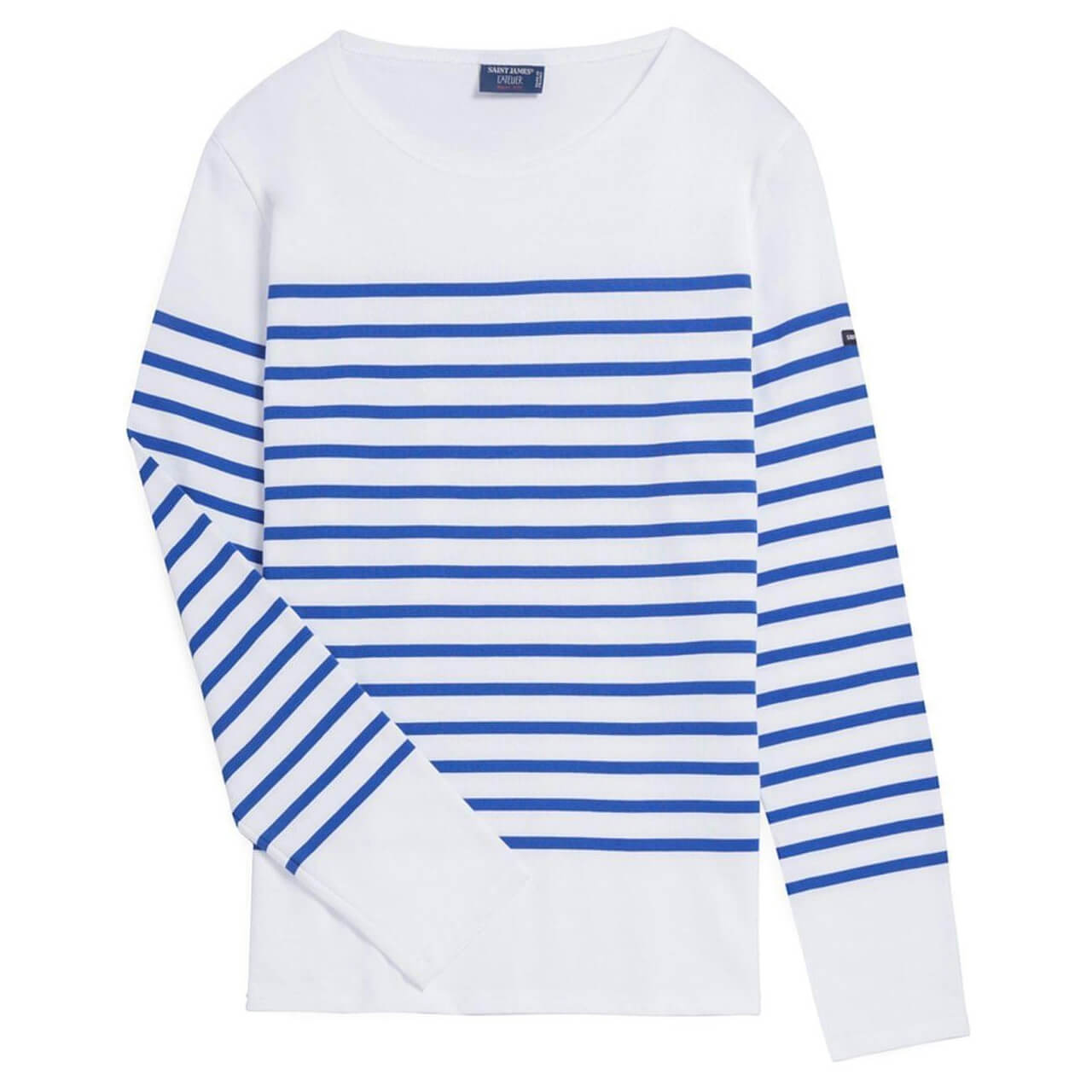 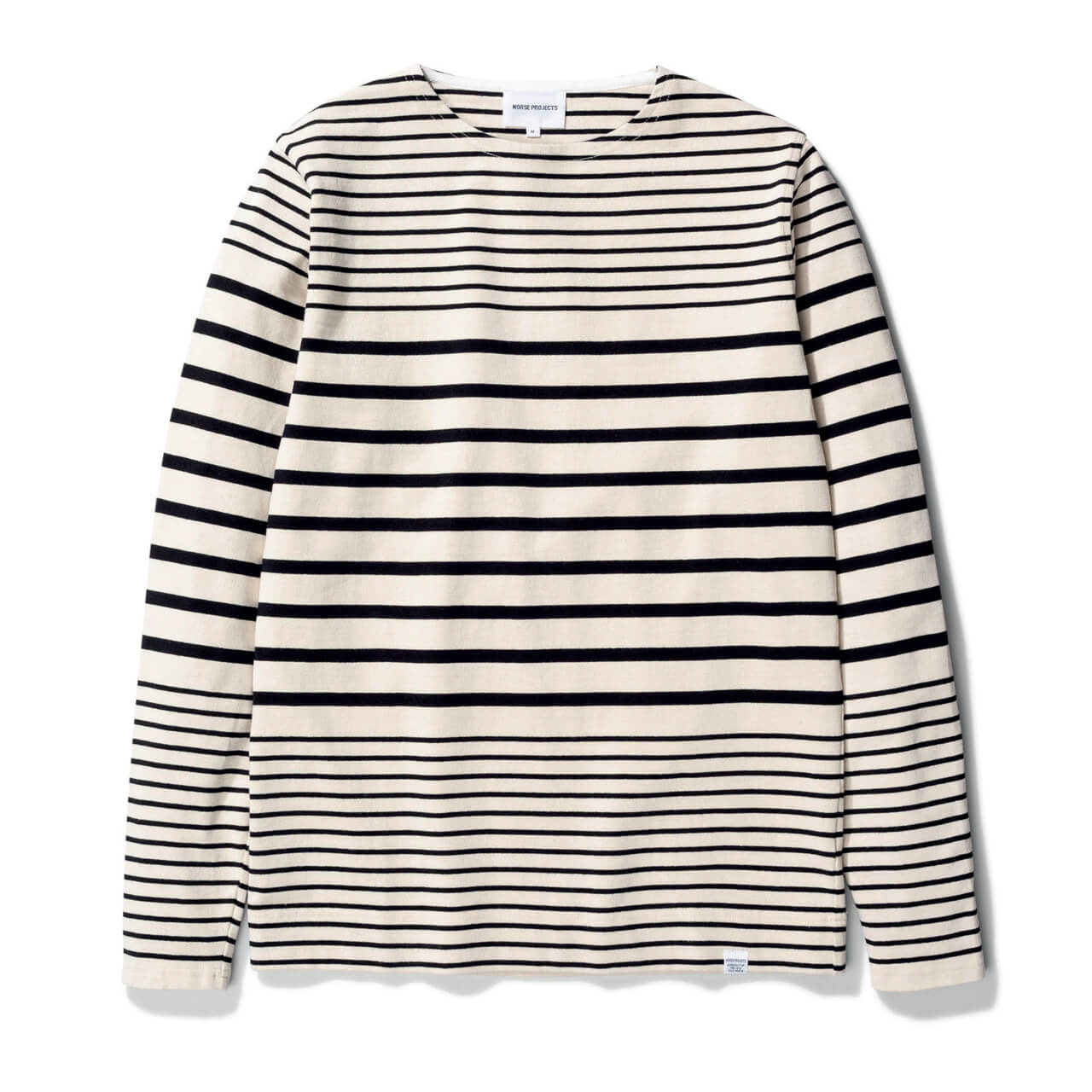 One of the things that’s made the Breton shirt such an enduring part of both men’s and women’s wardrobes is that its design can be continually reimagined. This from Danish label Norse Projects takes the traditional, swaps out the signature blue for black and adds a new layer of contrasting-sized stripes to create something that feels far more suited to the pavements than the promenade deck. 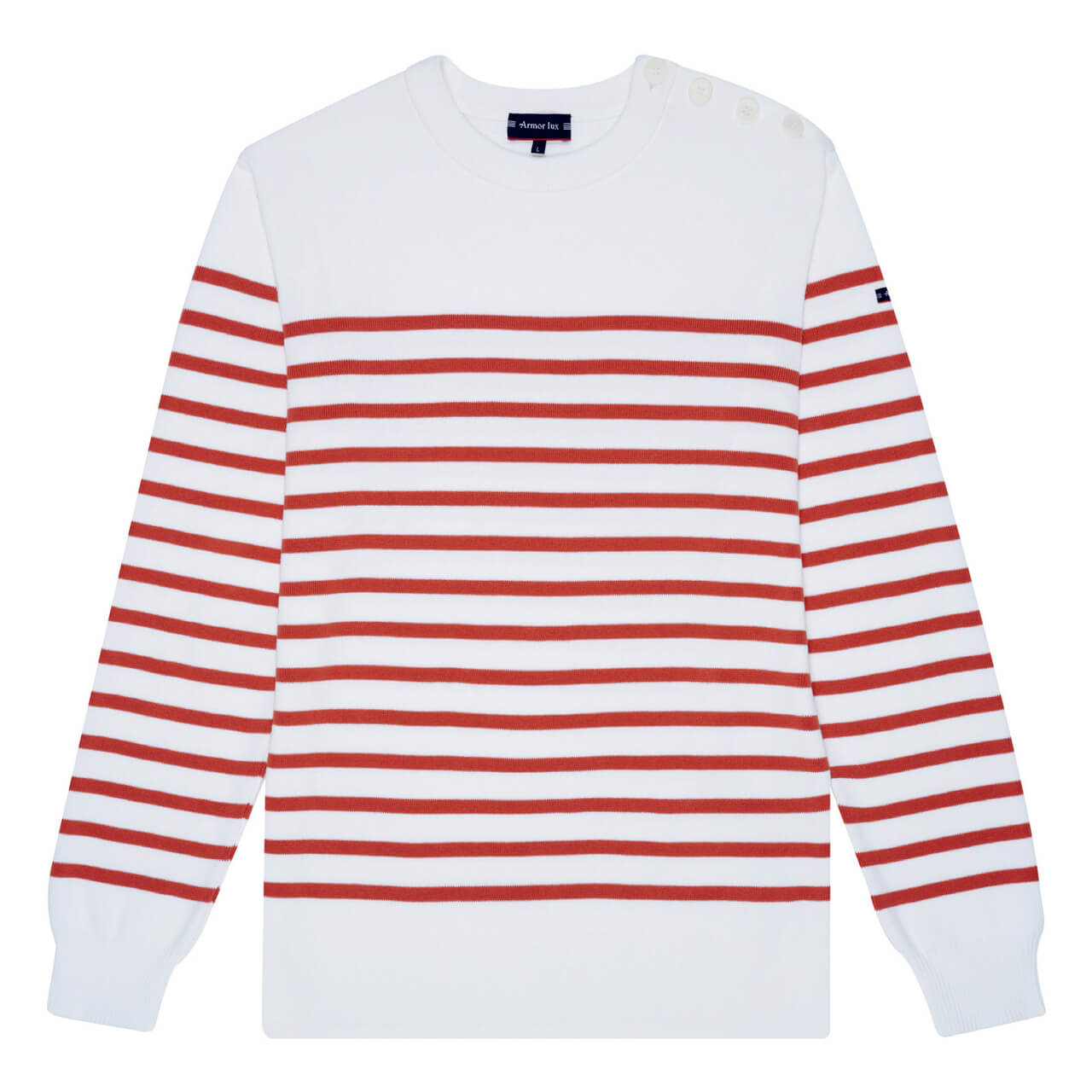 Blue not your colour? Looking for something sunnier? You won’t find a Breton shirt that feels more summery than this orange and white iteration from Armor Lux – one of France’s original maritime menswear makers (it’s been crafting shirts like this since 1938).

Originally introduced as part of the uniform for Chief Petty Officers in the US Navy during the 1930s, the CPO jacket was the prototype for what we might now call a ‘shacket’. More sturdy than a shirt but not quite as heavy as a coat, it was intended as a chill-beating top layer that slipped nicely over a jumper when a crewmember headed deckside. Today, cuts are generally slimmer (so can be worn over a T-shirt rather than a thick sweater) and materials lighter (a drill cotton or flannel rather than thick wool), but those signature double chest pockets remain. 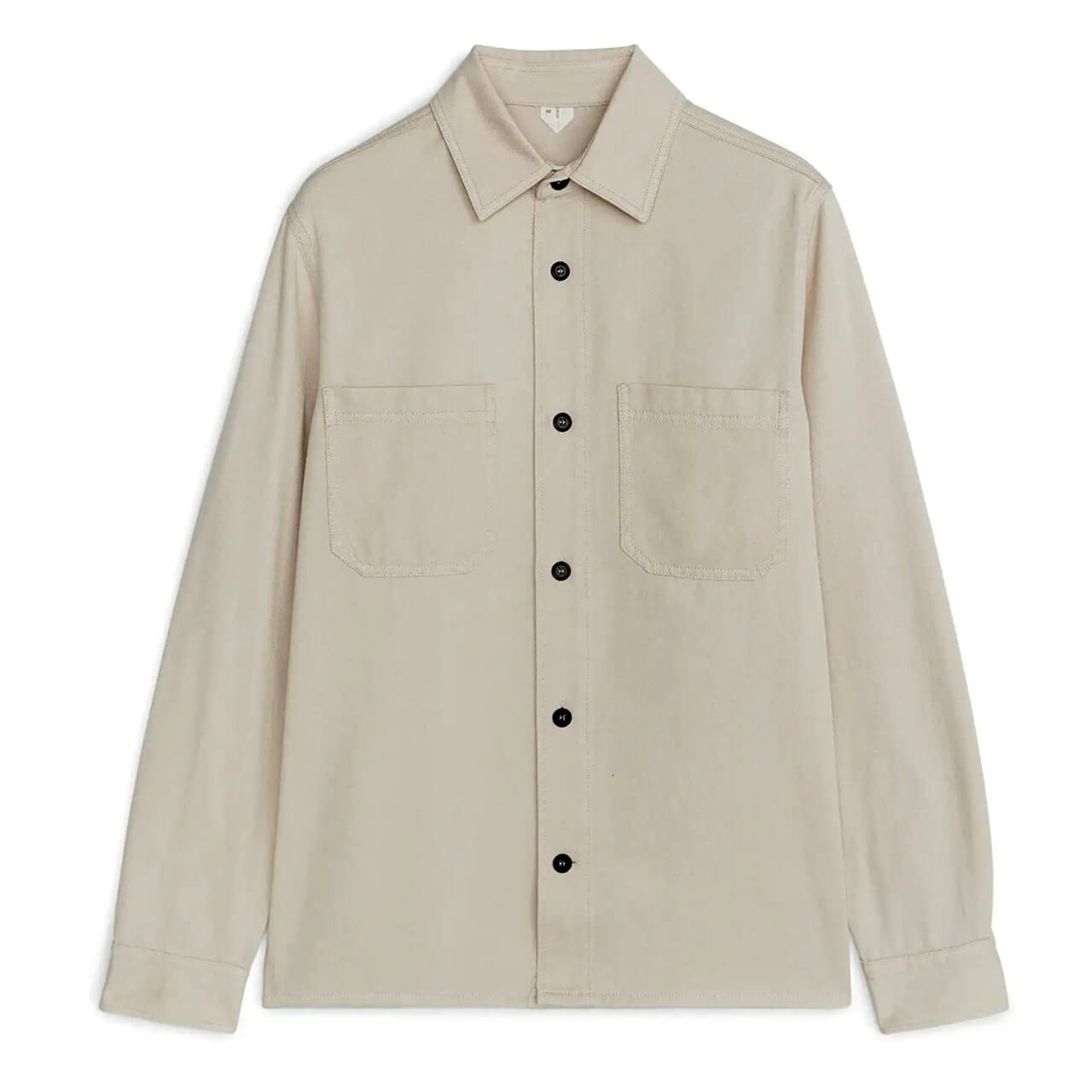 While there have been a couple of design tweaks from a traditional CPO jacket here (no flap pockets, a less boxy cut), perhaps the biggest innovation with Arket’s version is that it’s crafted from organic cotton, meaning it’s been cultivated without the use of chemical pesticides or fertilisers. 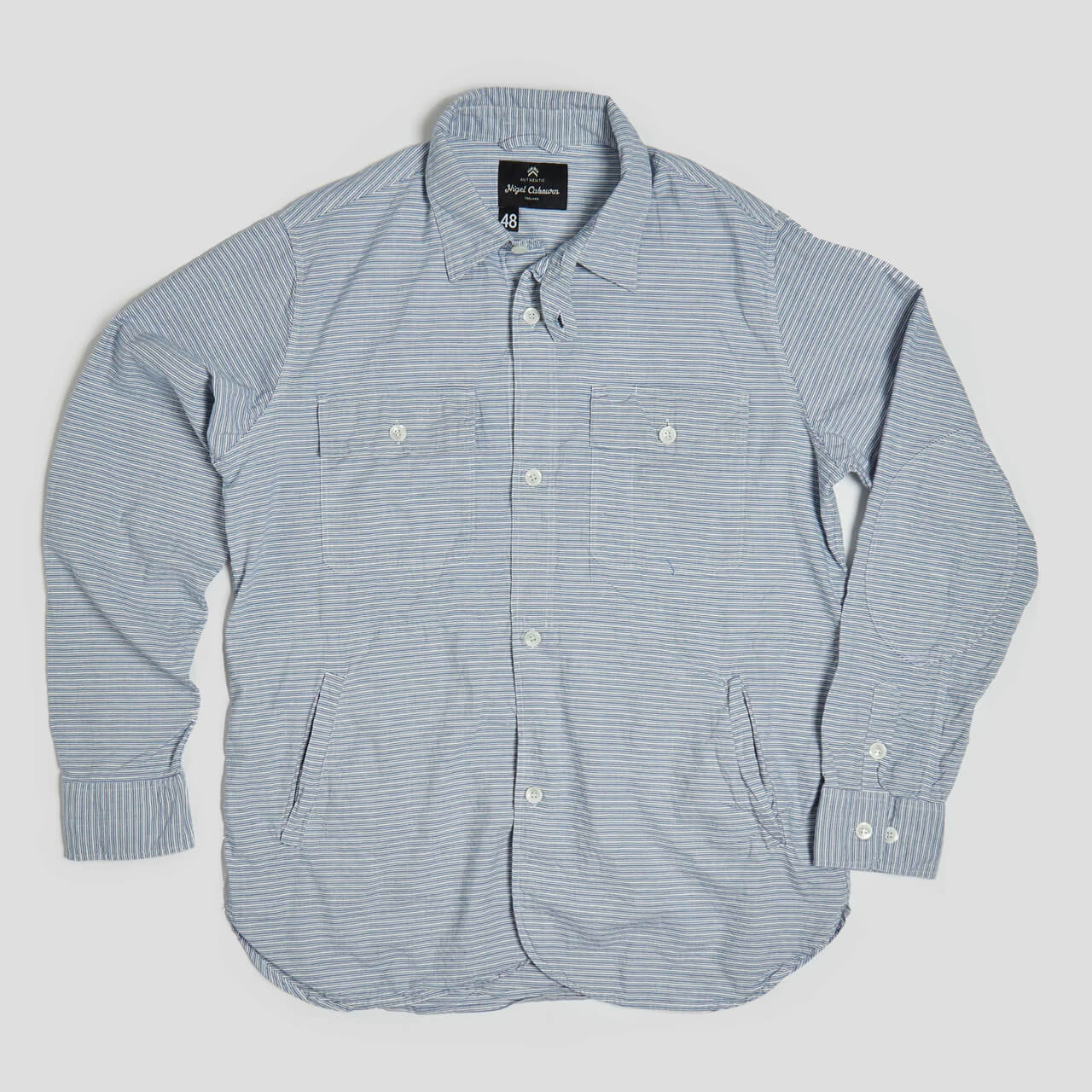 For an even lighter option, try this striped version of the CPO jacket from Nigel Cabourn. Distinctly more ‘shirt’ than ‘shacket’, this breezy cotton model has elbow patches and a tab collar for added interest as well as a curved hem that makes it perfect for wearing untucked with a pair of wide-legged chinos. 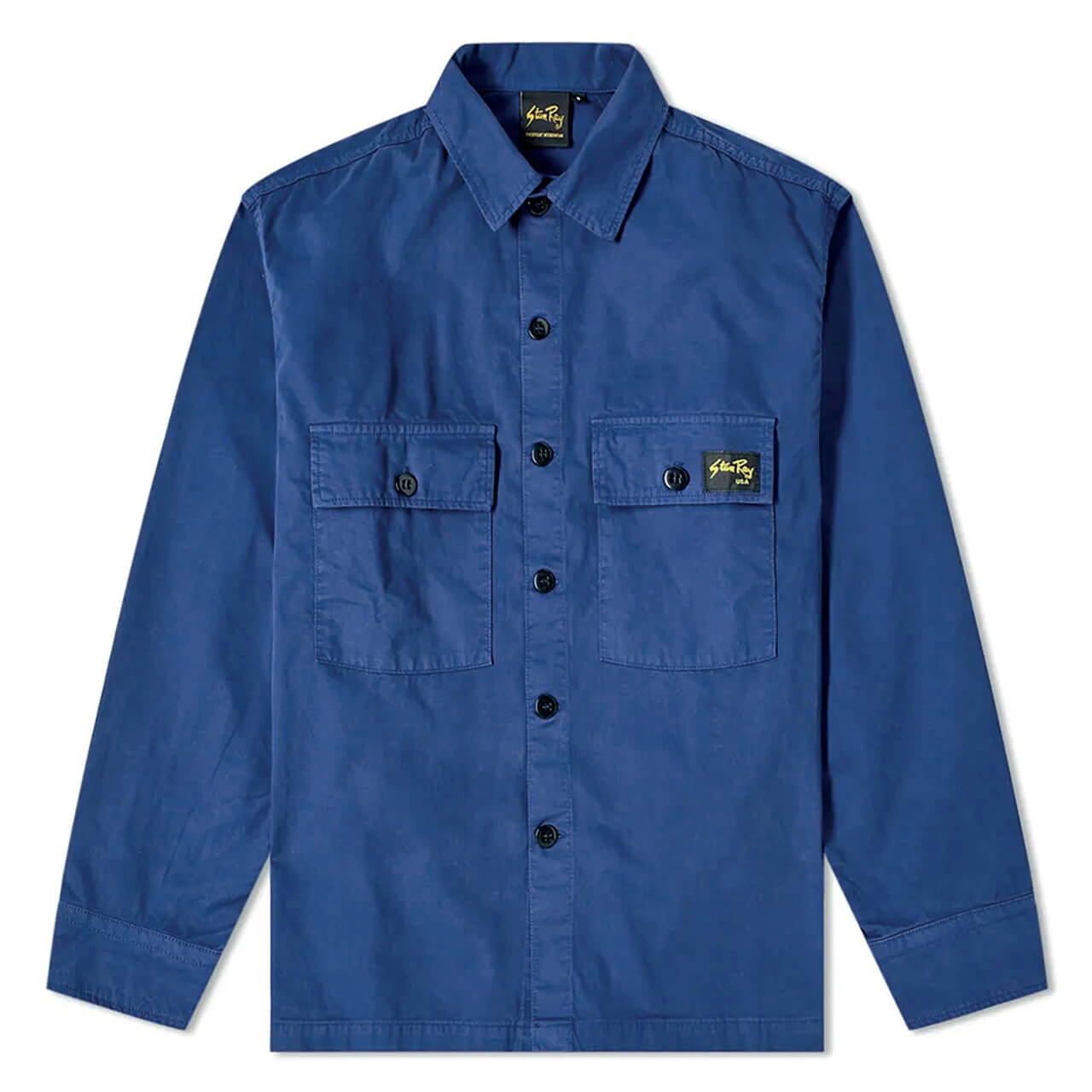 Founded in Texas in 1972, Stan Ray specialises in clothes that are durable and often influenced by traditional military garb – so it’s no wonder that the CPO jacket has become a cornerstone of its all-year offering. Available in a series of colours including green and ecru, the traditional blue still feels like a real standout. 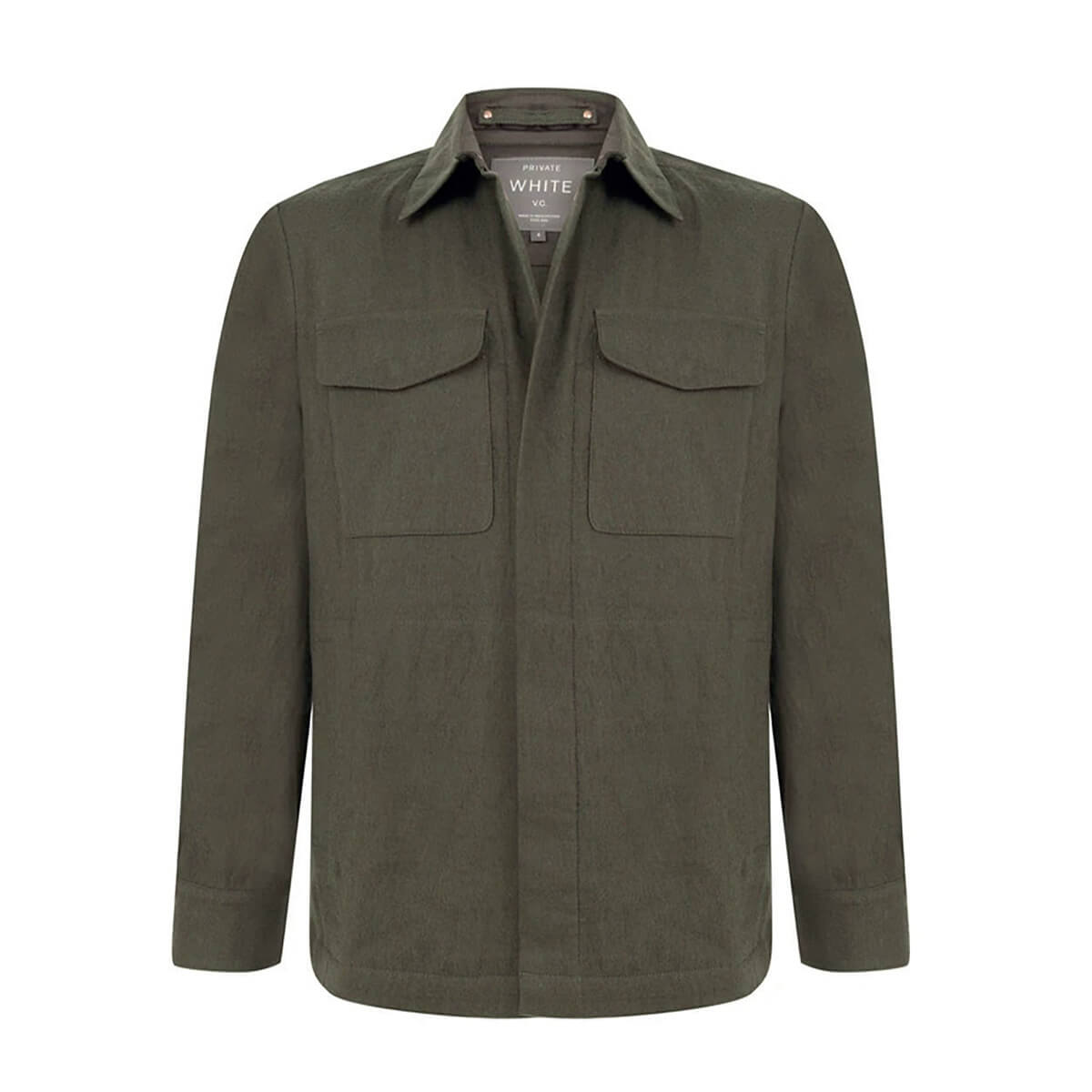 Made at the label’s factory in Manchester, Private White VC’s lightweight cotton take on the CPO jacket is perfect for evenings at this time of year where you don’t want something too heavy, but still need to keep the breeze at bay – and the copper stud fastenings down the centre set it apart from its plain-poppered peers.

Swim shorts as we know them today are a relatively recent invention. When surf culture kicked off in Hawaii and California in the 1950s, surf fans chose to reject the combination of high-waisted clingy cotton underpants and singlets that was the accepted swim attire for men at the time, and instead simply wore their chinos chopped off above the knee (often leaving details like adjustable tabs in place). In doing so, they created the silhouette of purpose-made swim shorts we know today with a tailored shape and mid-thigh length, cut from hard-wearing fabric that would morph from cotton to quick-drying material as technology improved. 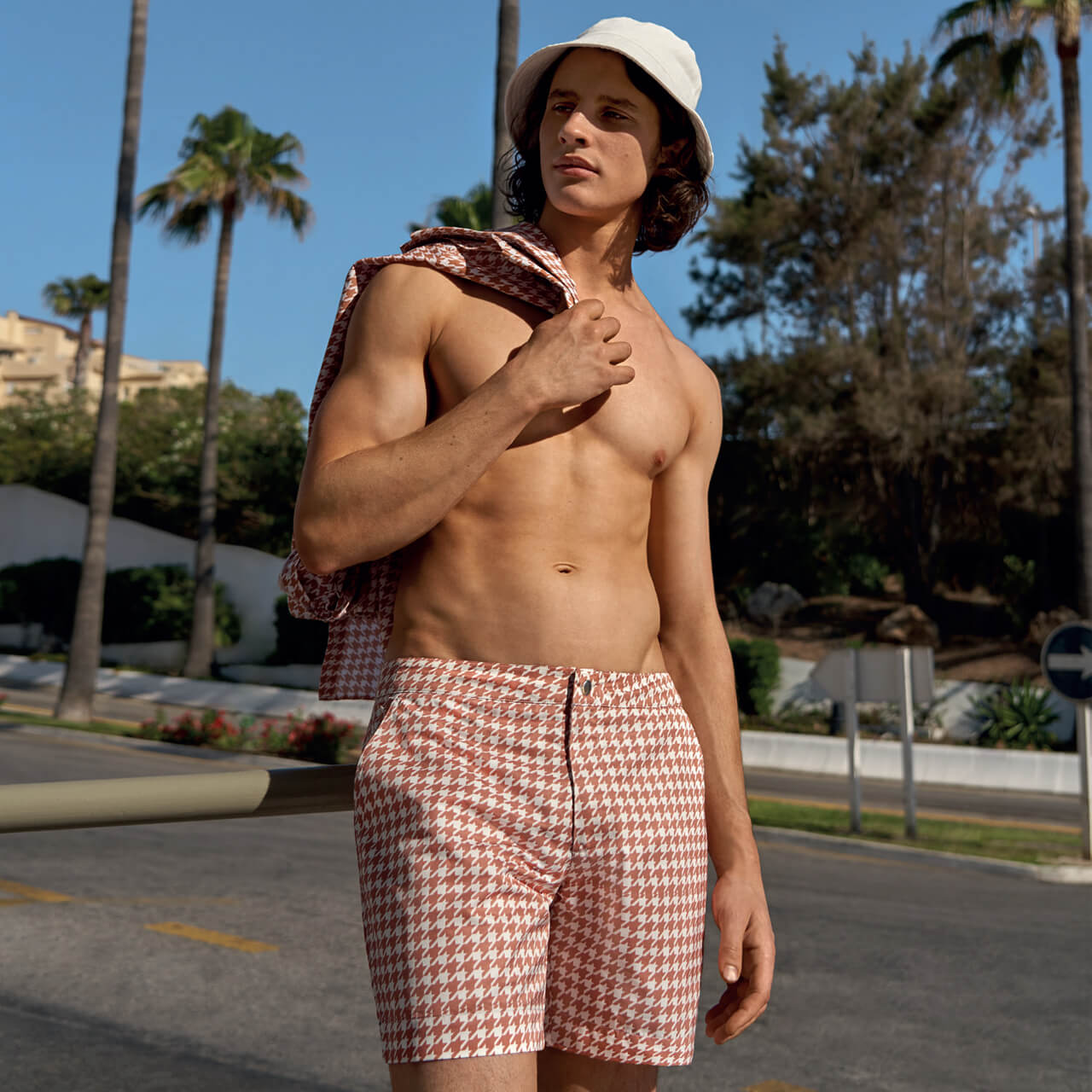 Beachwear brand Thalassophy takes its responsibility to make our world a better place seriously. Not only are its eye-catching shorts crafted from 100-per-cent recycled polyester, but also, when you purchase a pair, the label will make a donation to one of their chosen charities (currently Sane or Surfers Against Sewage) in your name. 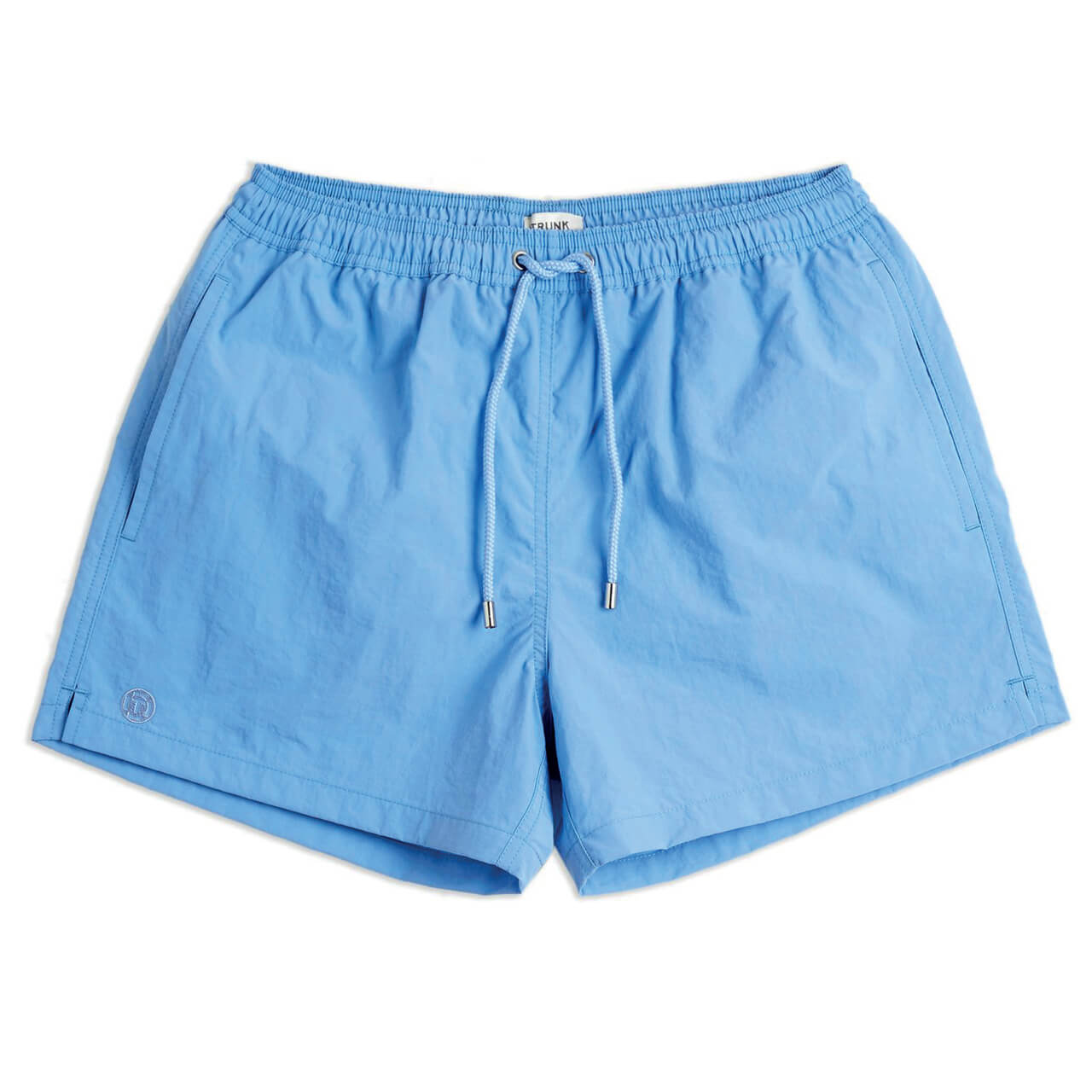 For something at the sportier end of sleek, try this pair of swimmers from Trunk Clothiers. Available in a series of summery blues and yellows, they are classic in both tone and fit, hitting mid-thigh and cut slim but not skin tight. 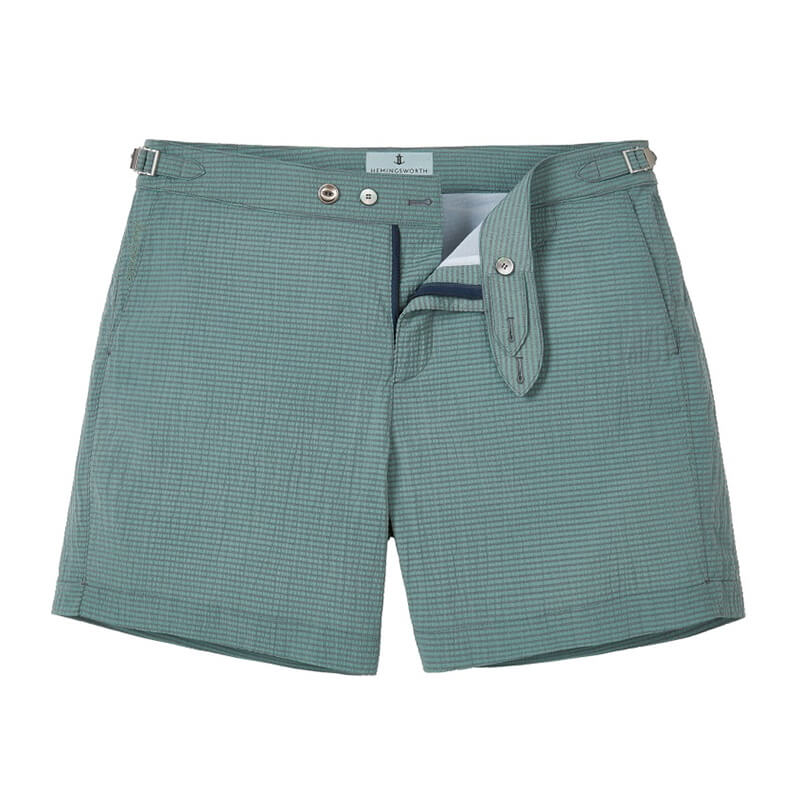 Made in London, these shorts are as close to a pair of tailored summer slacks as you can get. Cut from dark green seersucker, they are finished with mother of pearl buttons, a double button closure and side tabs for a perfect fit. There’s even a matching blazer. Talk about a swim suit. 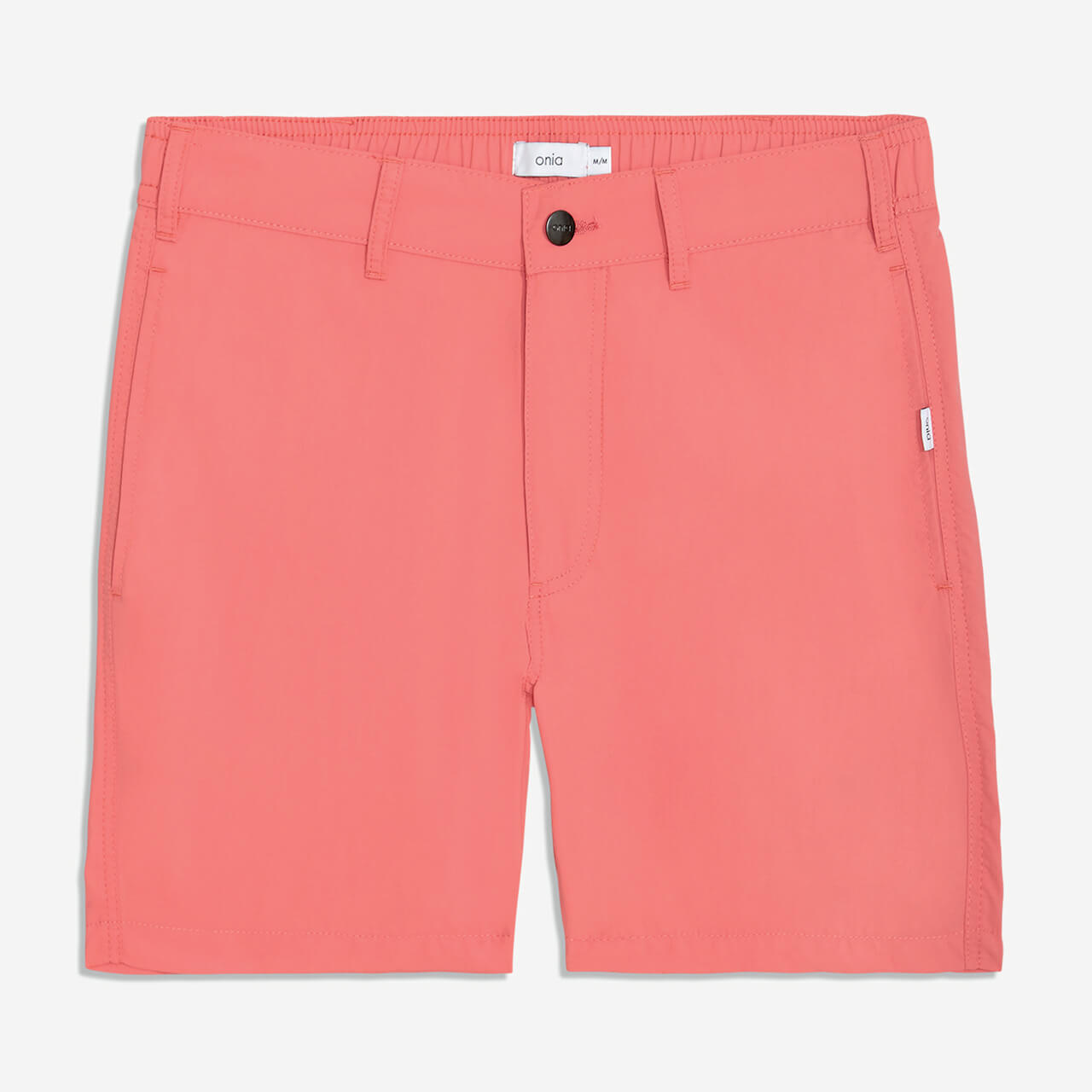 Cut from a quick-drying stretch nylon fabric and fitted with a part-elasticated waist, these shorts from New York swim label Onia manage to look smart while still being superbly comfortable. You’ll find fewer shorts that are as suitable for the beach as they are for the bar after sundown.

In 1935, after noticing how well his dog could stay steady on the slippery surface of his boat, Alfred A Sperry carved lines into the soles of his moccasins to try and emulate the same canine grip – and the rest is history. This style became known as the Sperry Topsider and while it might have originated in New England, today a similar silhouette is replicated and reimagined by shoemakers all over the globe. 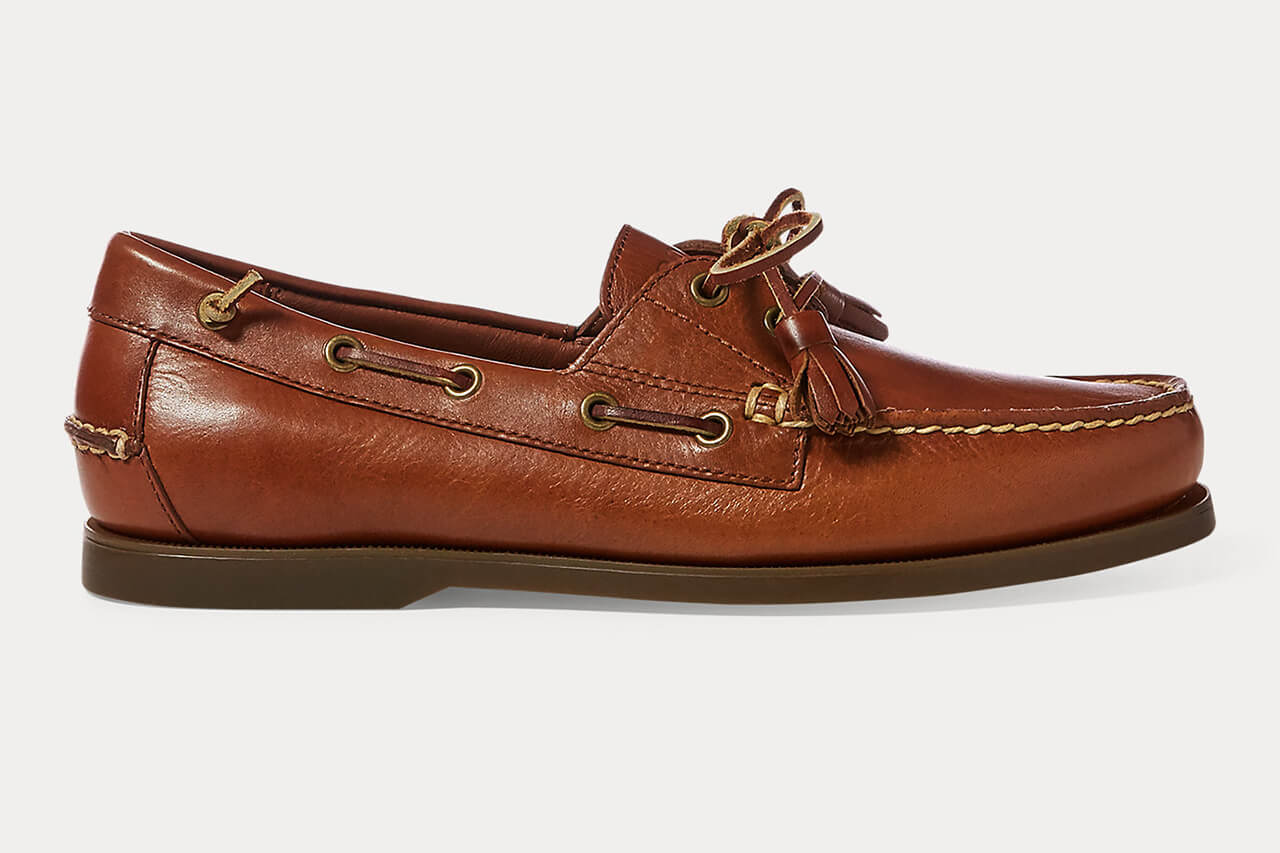 Another genre-bending take on the style from US prepmaster Ralph Lauren. This time, the traditional deck shoe shape is spliced with the genes of another classic American shoe, the moccasin, thanks to its embellished leather laces and rich tan suede upper. 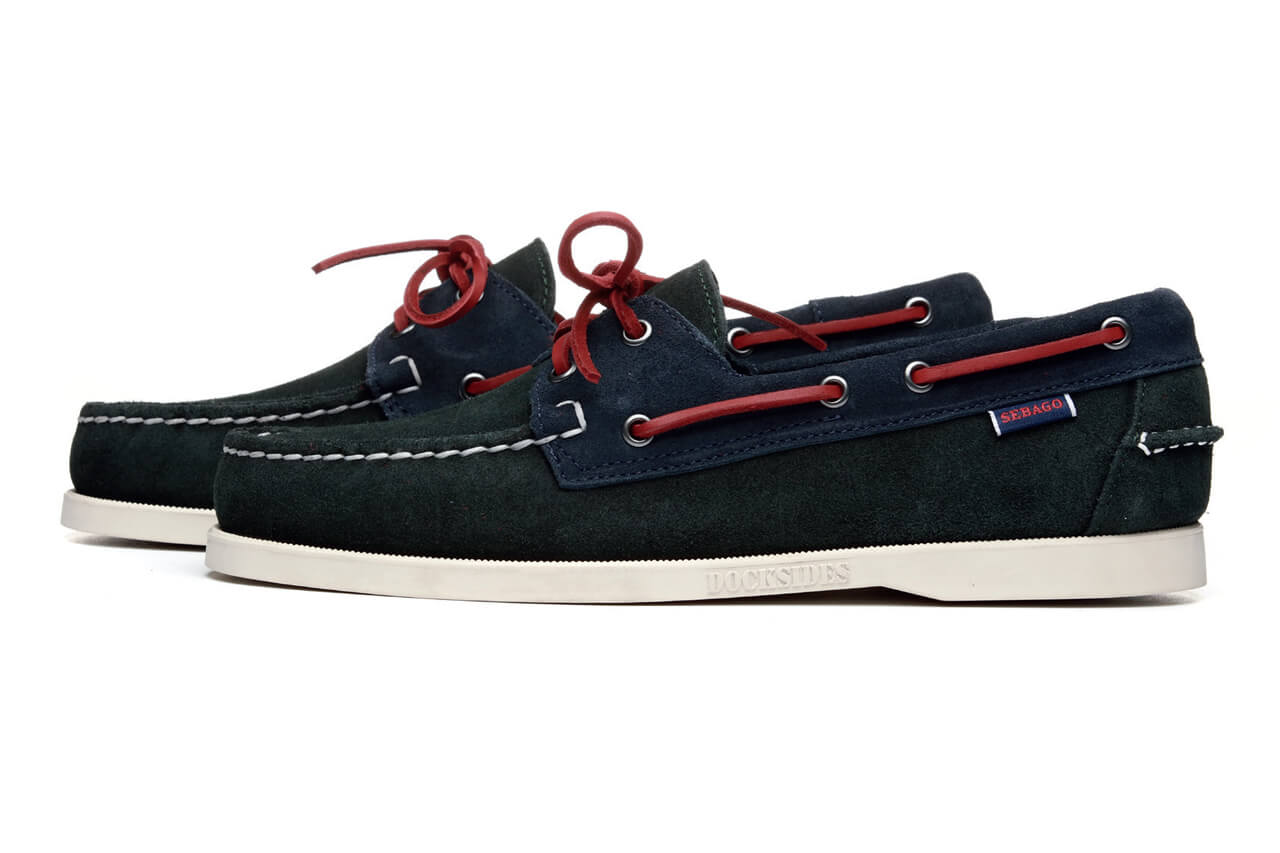 Sebago has teamed up with Baracuta, makers of every Mod’s favourite G9 jacket, on a capsule line of eye-catching, colourful suede remixes of the shoe brand’s classic Docksides. This green and blue model, fitted with dark red laces, is as playful as it is preppy. 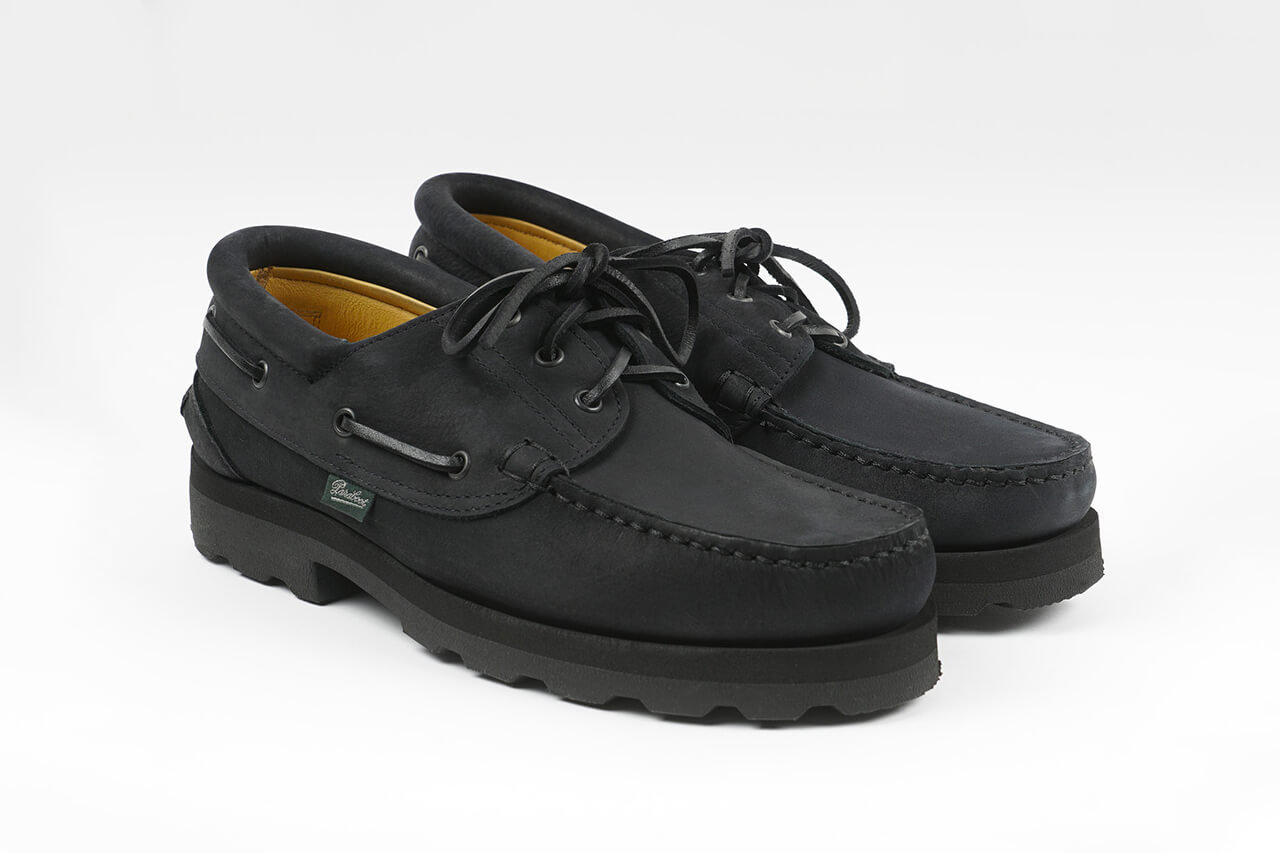 The cool Lyon-based clothing label has teamed up with French footwear-maker Paraboot to give us a Gallic twist on the signature New England shoe. The result is about as rock ‘n’ roll a deck show can get, with a black ‘don’t mess with me’ chunky sole, black Italian nubuck leather and black laces. 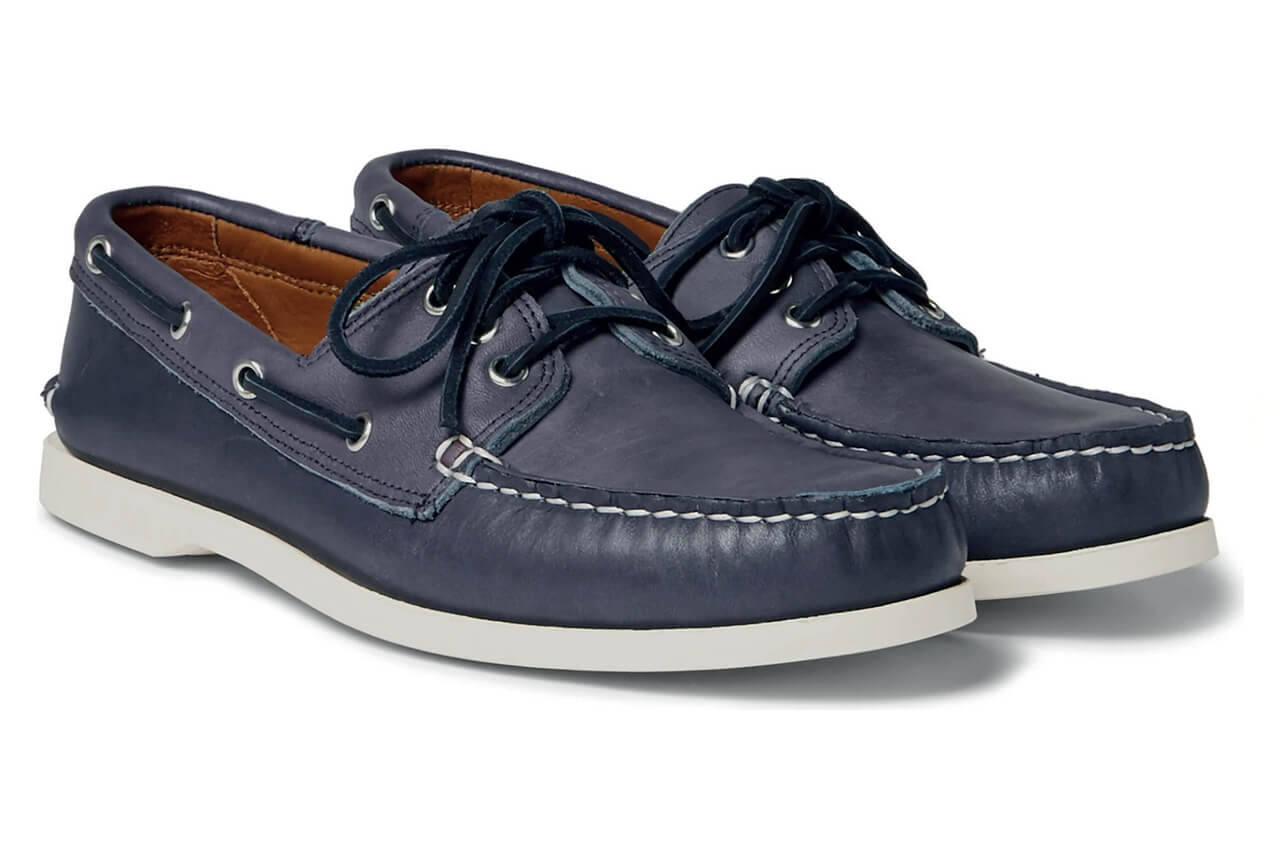 While invented in New England, very few deck shoes are still actually made there. However, Quoddy is a notable exception. Based in Maine, this shoemaker prides itself on making nautical-inspired kicks defined by excellent materials, artisan craftsmanship and small batches.

Just like bucket hats and big-logo tracksuits, the current resurgence of aquatic scents is proof that the Nineties are still trending in a big way. Also known as ‘marines’ or ‘ozonics’, these types of fragrances became the antidote to the bold, bombastic fragrances of the Eighties (see: YSL Jazz, Dior Farenheit). Their USP was utilising molecules that added cleanliness and crispness to other notes in a fragrance, as well as the impression of, for want of a better word, ‘watery-ness’. In short, one spritz and you’re walking along the beach in the salty sea air. Thirty year later, perfumers are rediscovering the power these ozonic notes have to stimulate your senses and evoke an instantly summer-bythe- sea vibe. Here are a few of my favourite new releases and aquatic classics that give you a new way to get in on this Nineties revival (no bucket hat required). 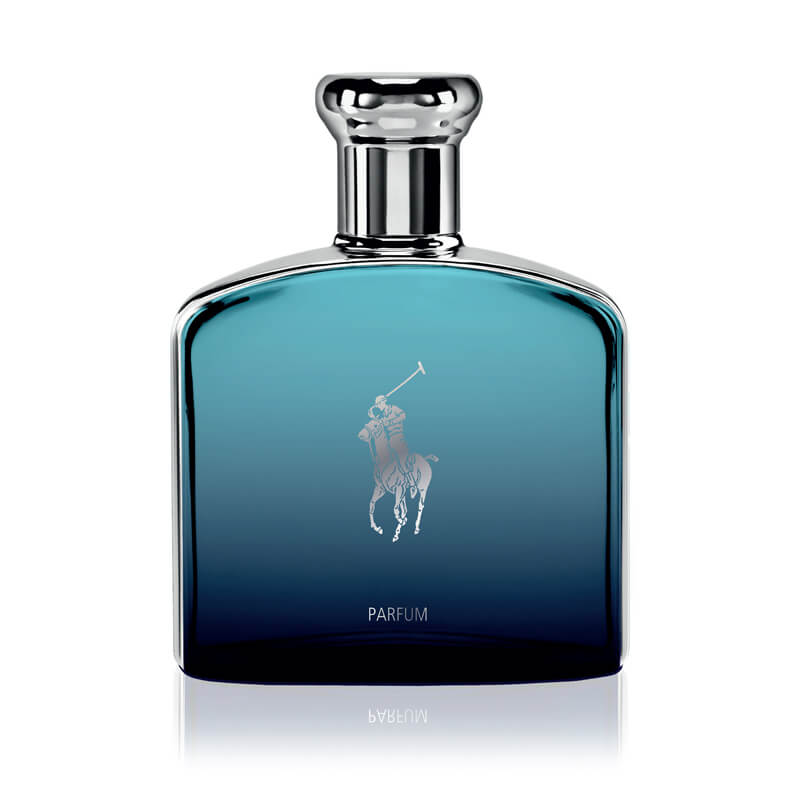 The latest addition to the Polo Blue family, Polo Deep Blue is defined by its aquatic ingredient of CristalFizz (a note created by the perfumer) which not only deepens the intensity of this woody-aromatic scent, but also gives the fragrance a pleasing, yet hard-to-describe olfactory effervescence. 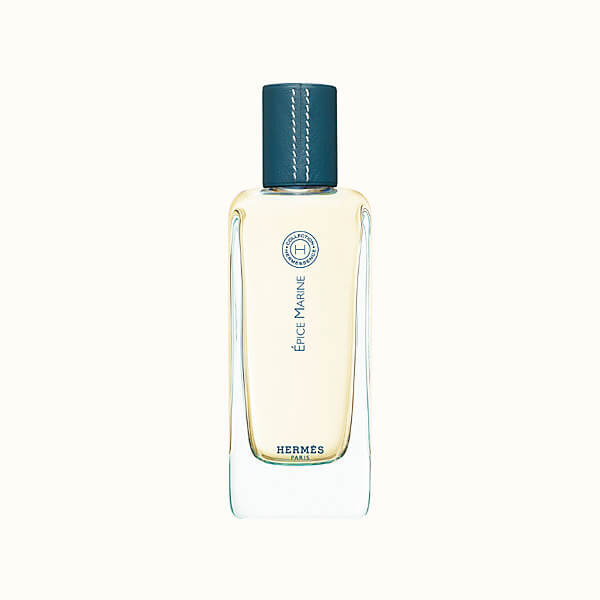 Inspired by the coast of Brittany, perfumer Jean- Claude Ellena has created a deep, spicy take on an aquatic. Opening with a huge hit of cumin, the fragrance gets added smoothness from whiskey, hazelnut and cardamom as well as a fresh zing of bergamot. 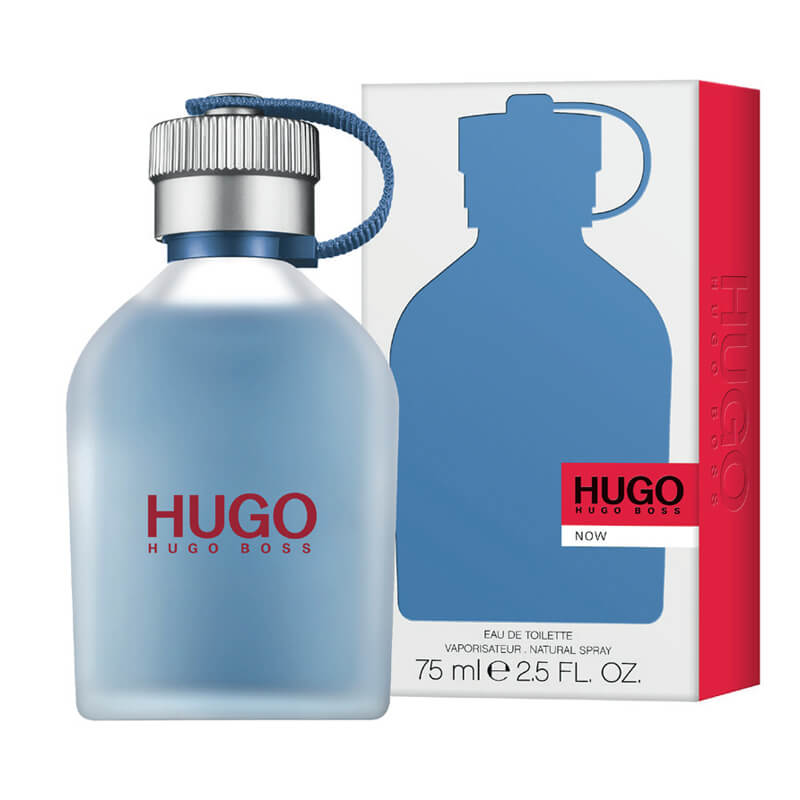 Often watery notes bubble under the surface of a fragrance, but they’re front and centre with Hugo Now. The scent is dominated by an initial hit of icey water, before mellowing into a fresh, citrusy blend of lemon, cardamom, mint and lavender. 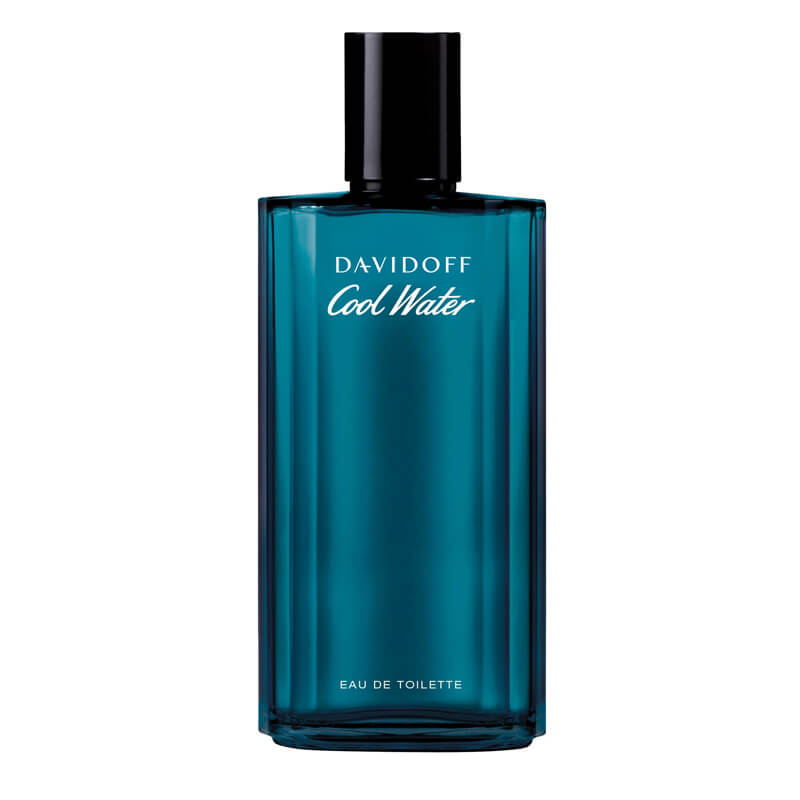 Often copied, but never beaten, Davidoff Cool Water is one of the greatest aquatics of all time. Originally released in 1988, its combination of marine notes mixed with tobacco, lavender, woods, spices and geranium has become legendary – an ageless classic. 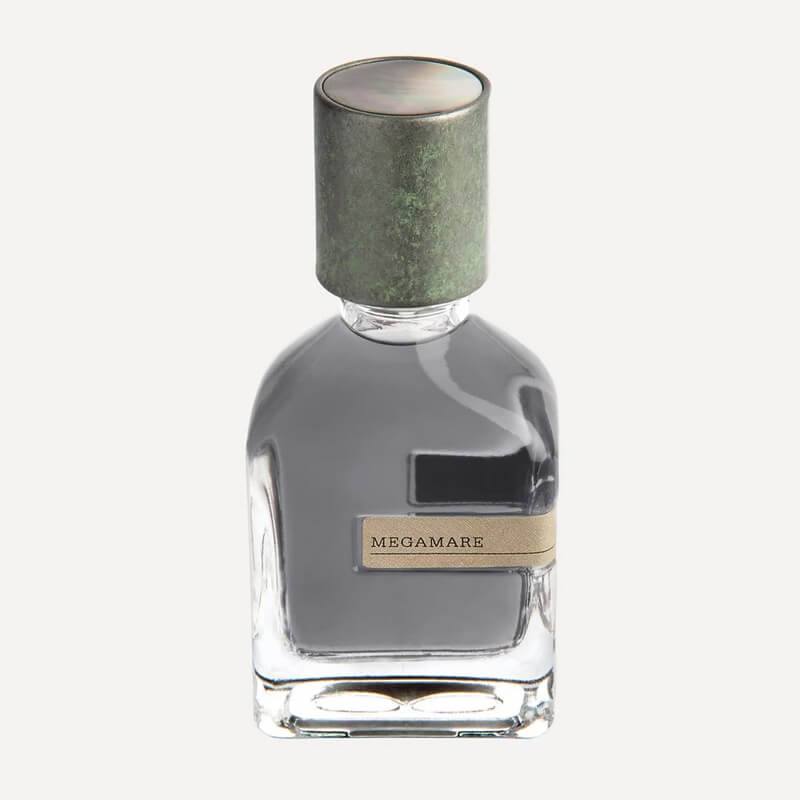 Designed by perfumer Alessandro Gualtieri, this is a big, bold take on an aquatic scent. Salty and musky close-up, but watery with a hit of seaweed further away, this less a day at the beach and more a dark, stormy, sexy trip to the bottom of the ocean. 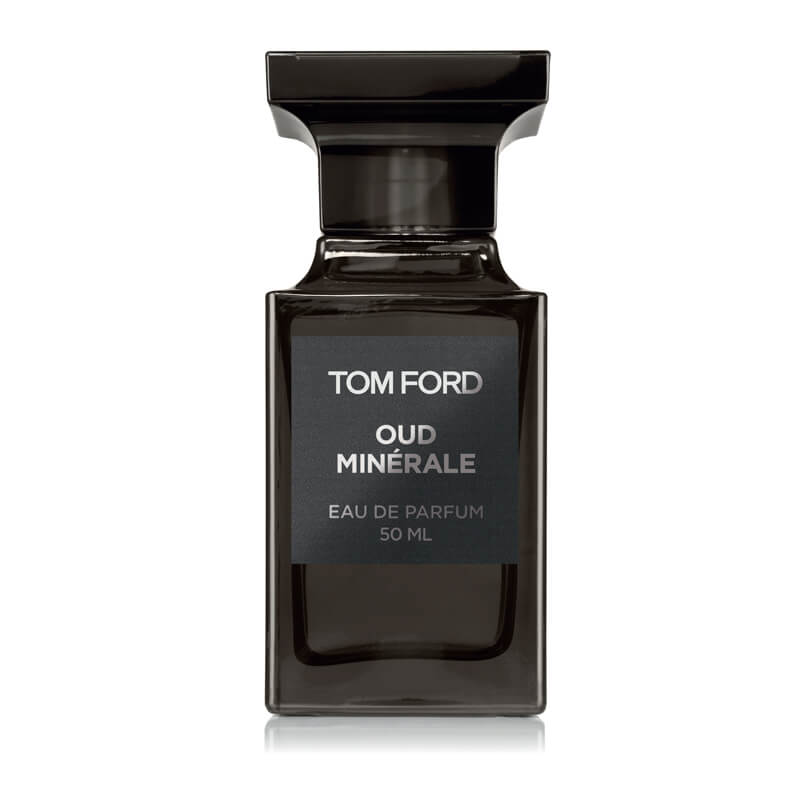 Ozonic notes aren’t just to give the sense of being by the sea, they can also be used to give a certain minerality to a scent – and Tom Ford’s Oud Minerale is a masterclass in this. Here rich woods are mixed with sea notes, salt and seaweed to create a fragrance that feels crisp, cool and completely unique.

Vote now in the Oracle Time Community Watch Awards for your favourite watches of 2022, also claim...