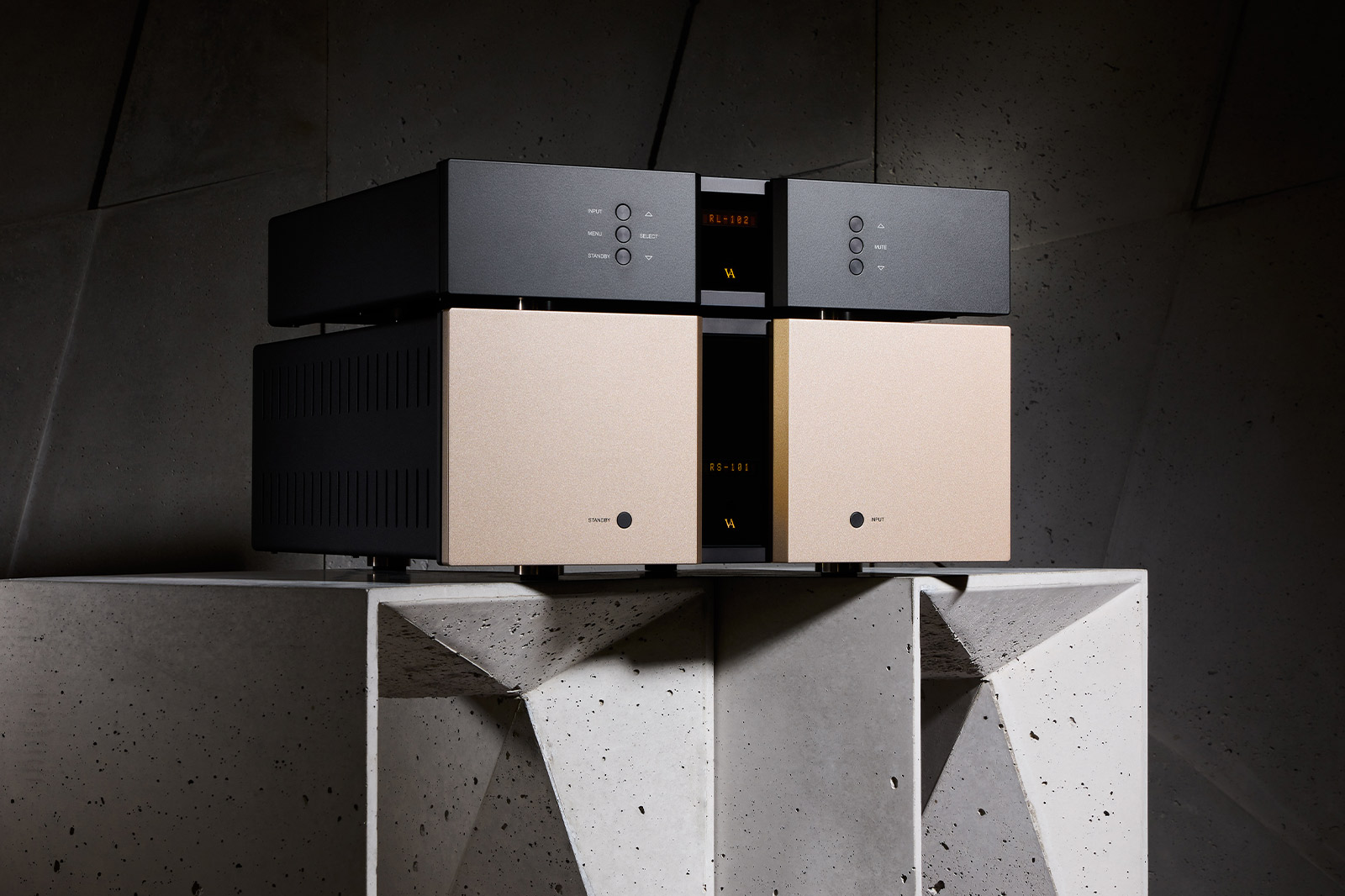 It may be the only thing you’ll ever buy which isn’t self-contained. Unlike any other purchase, a decent sound system uses components from various manufacturers. You have three times the hassle when making the choices for what will be one of your bigger purchases. Your wristwatch came with a strap or bracelet. Your car was delivered with its tyres, your fridge and TV and camera needed no additional purchases. Top-quality sound systems don’t work that way. There’s a clue in the name, as the constituent parts are called ‘hi-fi separates’ for a reason.

Don’t let the seeming complexity bother you either. Any hi-fi salesperson will ensure that the components you might choose can work with each other. If still concerned, the hi-fi industry is awash with all-in-one high-quality units that include everything in a single, stylish, convenient housing, and at a level far more sophisticated than the boombox, an old-school console, or a self-contained record player of yore. But once you’ve heard the life-like sound of ‘proper hi-fi’, you’ll find that diversity has another meaning, and that integration isn’t always a virtue. 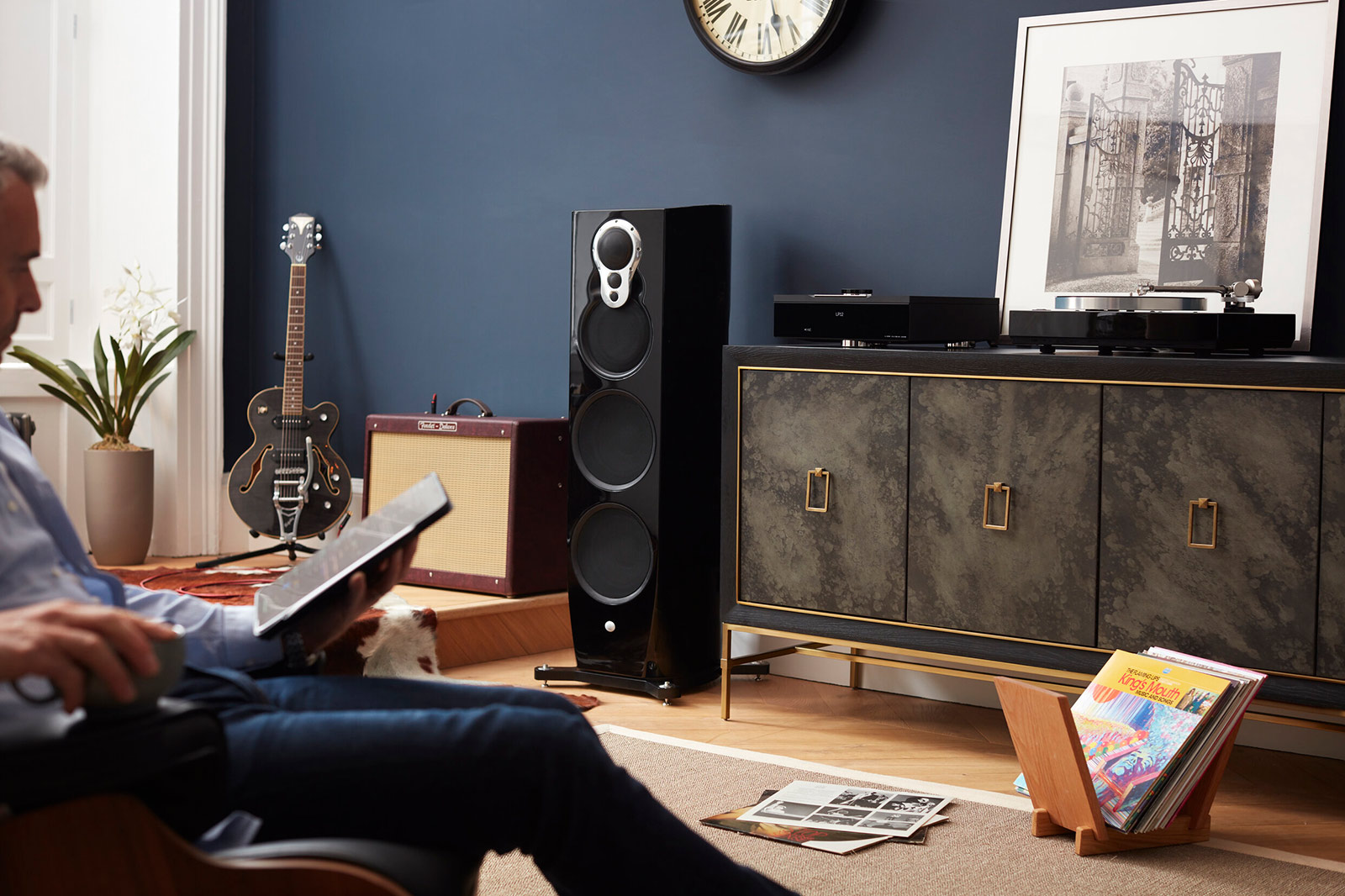 Every sound-reproducing item in the world, from mobile phone to hearing aid to clock radio to gaming console, requires three basic elements in order to reproduce sound, a triumvirate of source, amplification and speaker. As no company excels in all three areas, wisely specialising in one or maybe two, the audiophile (that’s the beardy guy who didn’t sell off his vinyl collection when CD arrived) cannot resist assembling a system from these three product types.

As simplistic as this seems – how difficult could it be to match three components? – it can be tricky because they have to match each other electronically and sonically, while compounding matters is how each of the three key elements also can be split into separate parts. The most important word here is ‘integrated’, in which two or more elements are combined into a single housing. Probably the most integrated unit of all is the old-school boombox, currently undergoing a revival along with the cassette.

Essentially a compact version of a ‘music console’ of the 1950s and 1960s, a boombox usually contains either a cassette deck, a CD player or both, a tuner for radio signals, built-in amplification and a pair of speakers. At the other extreme are the complex systems beloved of enthusiasts, and it still starts with the source. 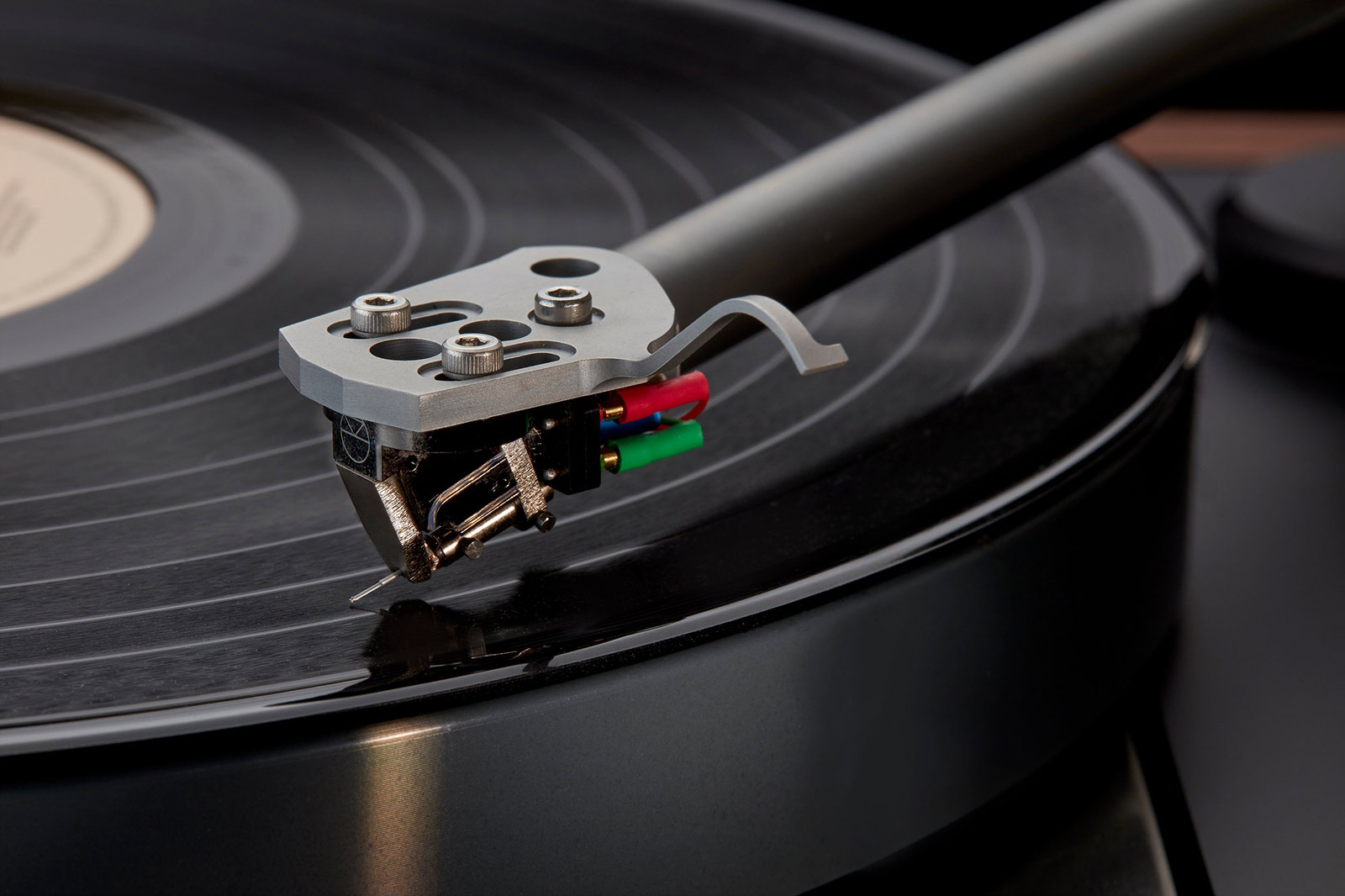 Even if you only listen to a phone with earbuds, you’re still hearing sounds through that chain of elements. A source is where the music comes from and that includes analogue formats like tape, vinyl LPs, and AM or FM radio, or digital devices comprising CDs, digital radio (DAB), streaming and downloads. Add to that list gaming and film soundtracks, and cable or satellite online providers, DVD, and Blu-ray, and you have a wide range of sources to accommodate.

Record decks are back in force because of the return of vinyl. Every LP-playing device needs a turntable to spin the LP, a cartridge (commonly called the ‘needle’) to play the record by following the groove, and a tonearm which holds the cartridge as it traverses the LP. The easiest solution is to buy one sold with all three of these elements – that is, an integrated turntable, tonearm and cartridge. Many enthusiasts – naturally – prefer to select a turntable, a tonearm and a cartridge from three separate brands.

This also applies to CD. Most people buy a complete CD player, which simply plugs into the amplifier. The audiophile might prefer a separate CD ‘transport’ which reads the CD, and a separate DAC, or D-to-A Convertor. This takes the CD’s digital signal and converts it to analogue, so the amplifier can deal with it. One of the advantages of a separate DAC is that you can use it for all your digital sources. And you won’t believe how good a tablet or phone can sound until heard through a killer hi-fi system. 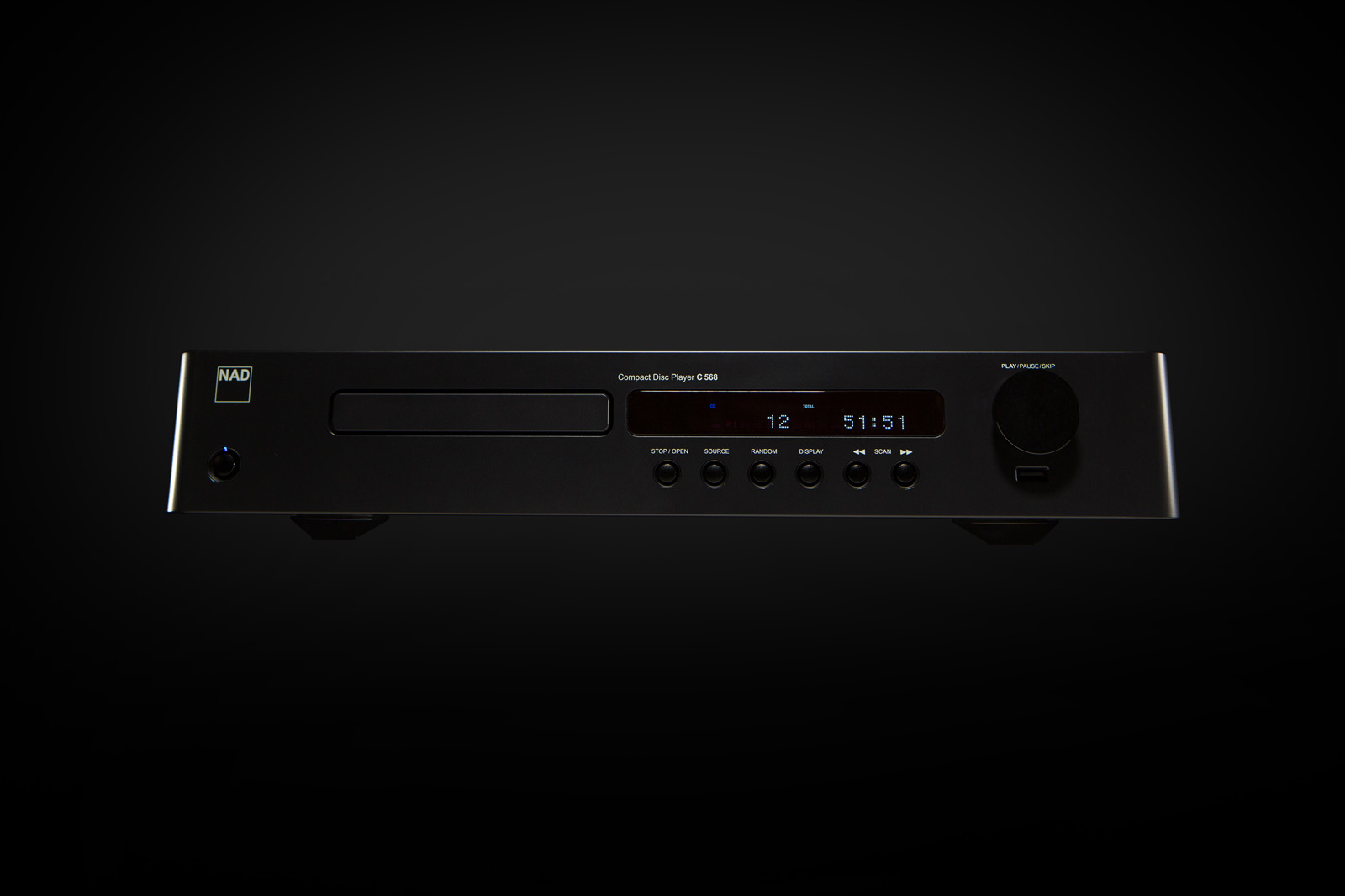 CDs suffer from not being as easy as streaming, nor being as ‘good’ as vinyl (take that last with a pinch of rose-tinted salt), but the fact is that they’re often overly maligned. Perhaps more saliently, we all have a library full of them and thanks to NAD, they won’t be left to gather dust. Not only does the C 568 elevate the humble CD to a new place of audiophile quality, but it really looks the part, too. And it won’t break the bank. 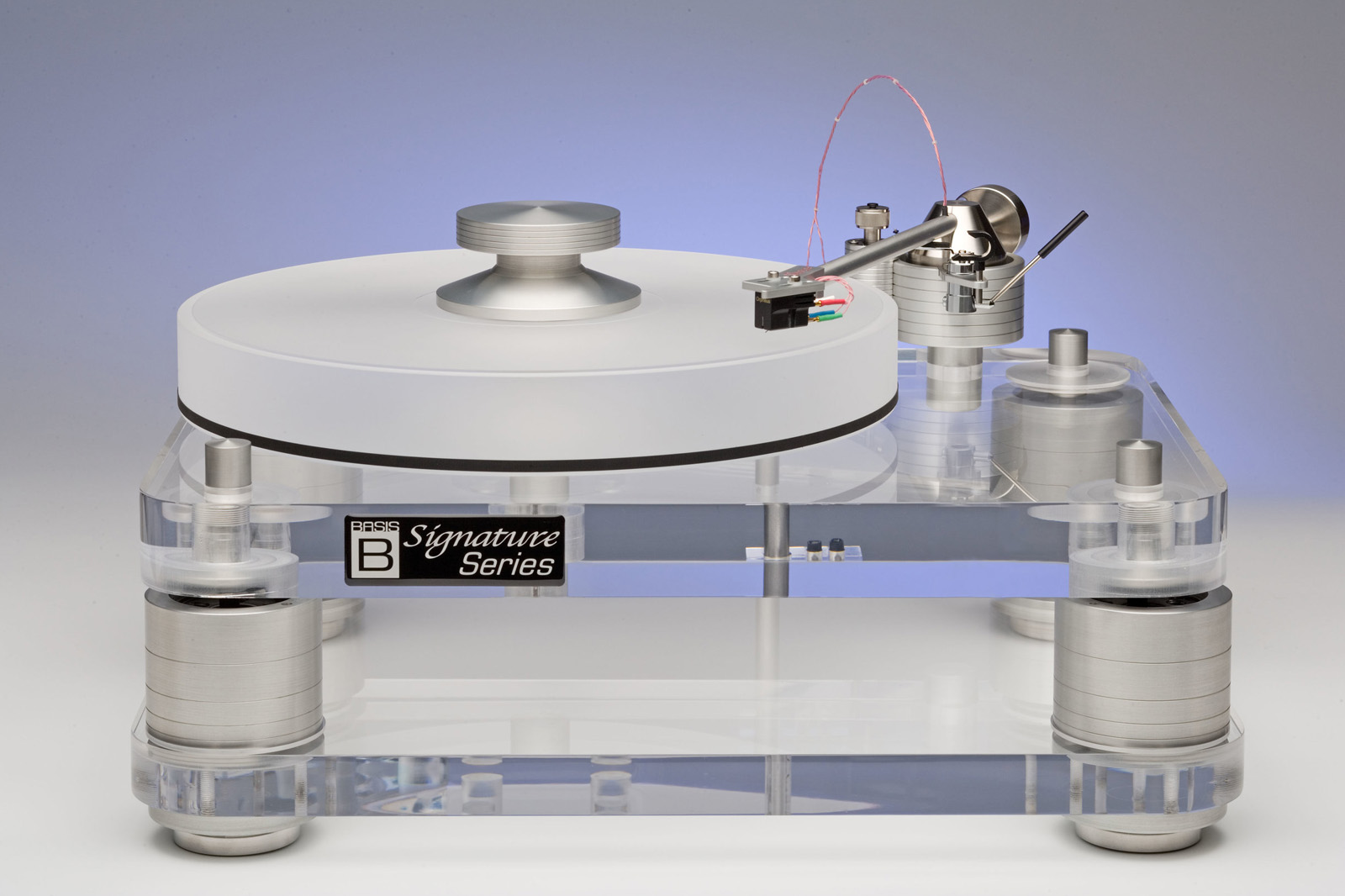 Founded by the late, great audio obsessive, AJ Conti, Basis Audio builds some of the most precise turntables in the world. Despite ostensibly being the brand’s entry-level player, the 2200 is nonetheless up there with the greats. With a platter machined from a solid block of acrylic, incredible stability and a vertical motion the width of a human hair, the player makes for one of the finest vinyl playback experiences going – at this price point or well above. 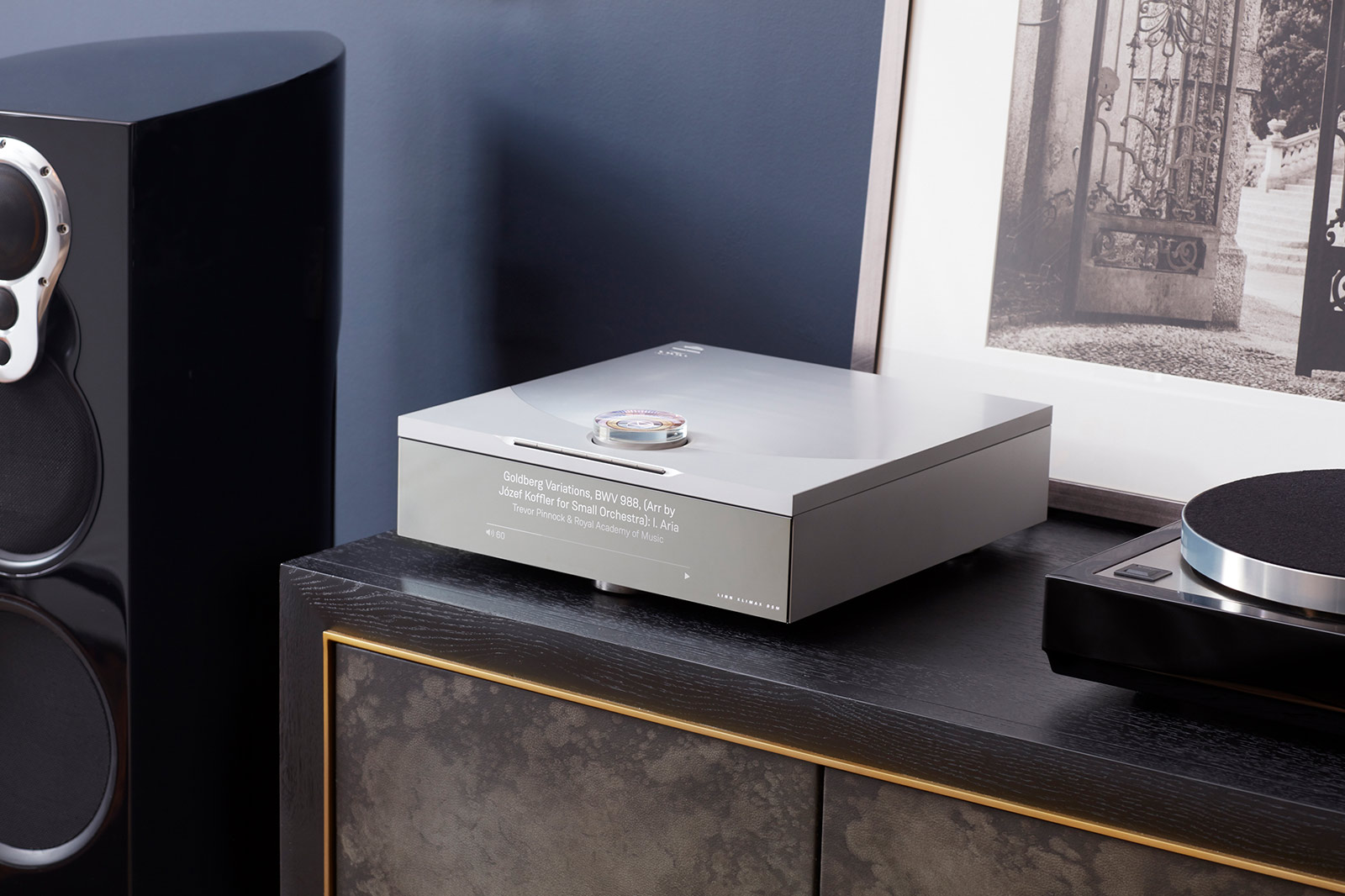 Many an audiophile will roll their eyes at the thought of streaming their music, fixating on the potential loss of quality. Those particular obsessives should listen to this. The next generation Klimax streaming platform from British brand Linn sounds as good as the mass of beautifully machined steel looks. Inside is the Linn Organic DAC, designed for the most natural sound this side of a live performance. 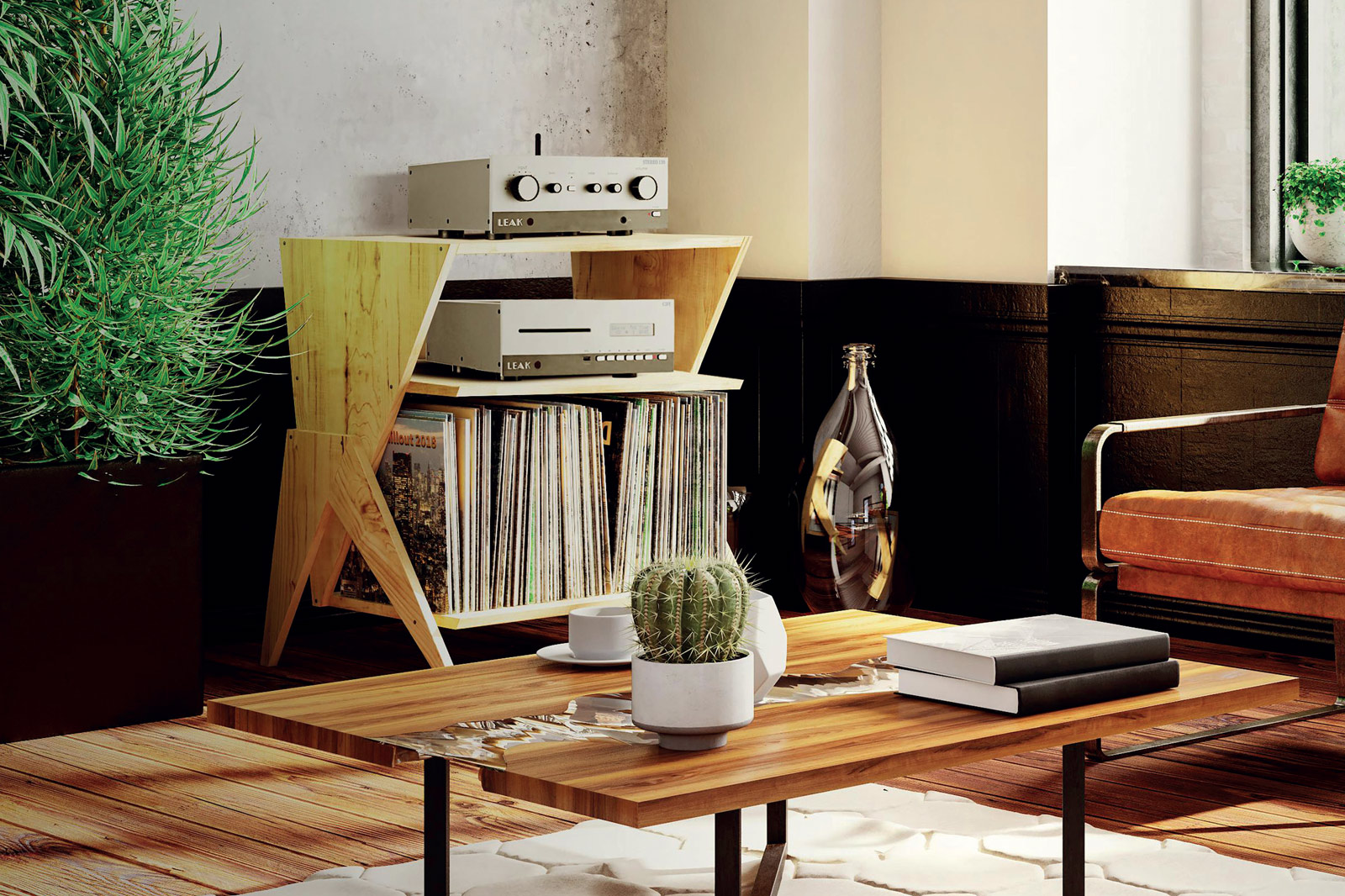 Next comes the amplifier. This is the stage in the chain which takes the signal from the source and increases its strength to drive the third part, which is whatever device is chosen to let you hear actual sounds, whether it’s speakers or headphones.

Amplifiers can be separated into pre-amp and power amp while the most popular choice, an integrated amp, contains both in a single enclosure. Enthusiasts prefer to mix it up with separates. The pre-amp, which used to be called more appropriately the control amp, is the part which accepts the signals for all the sources, while providing the means of choosing which one you want to listen to, and it also controls the volume. A power amplifier feeds the signal to the speakers.

To deal with these tasks, all amplifiers must have two specific controls; one for selecting the source and the other for setting the volume. It’s the same thing for your mobile phone or tablet if it’s loaded with music or it’s used for streaming. It accomplishes this through the volume control and the choice of app.

When choosing an amplifier, consider the following: How many sources will you want it to handle? This will determine how many ‘inputs’ you need, and many amplifiers now include built-in DACs (see previous page) so you can feed digital sources directly into it. Then determine how much power you need. This will depend on the last component you require, the loudspeakers. 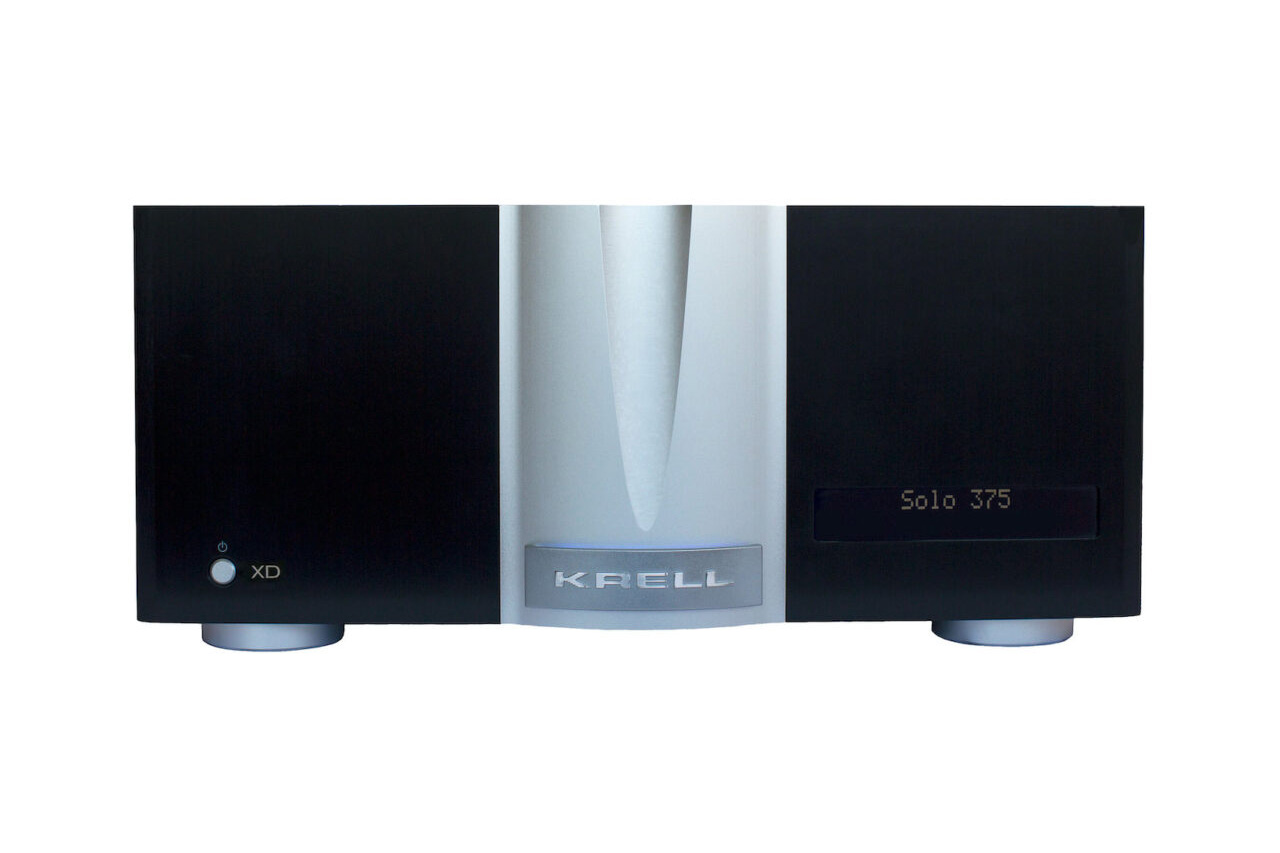 If you want to fine-tune every aspect of your system, you’ll need to start with a solid foundation in the form of a standalone power amp. You’re in safe hands with Krell. A practical, versatile platform paired with rich, warm musicality, it combines Krell’s legendary Class A amplifiers and the kind of practicality you’ll want, unless you have a dedicated listening room. By that point, you’ll have plenty of other amps – including Krell – to choose from.

For Dramatic Visuals: AGD Vivace Monoblock Amplifier, from £13,945 per pair 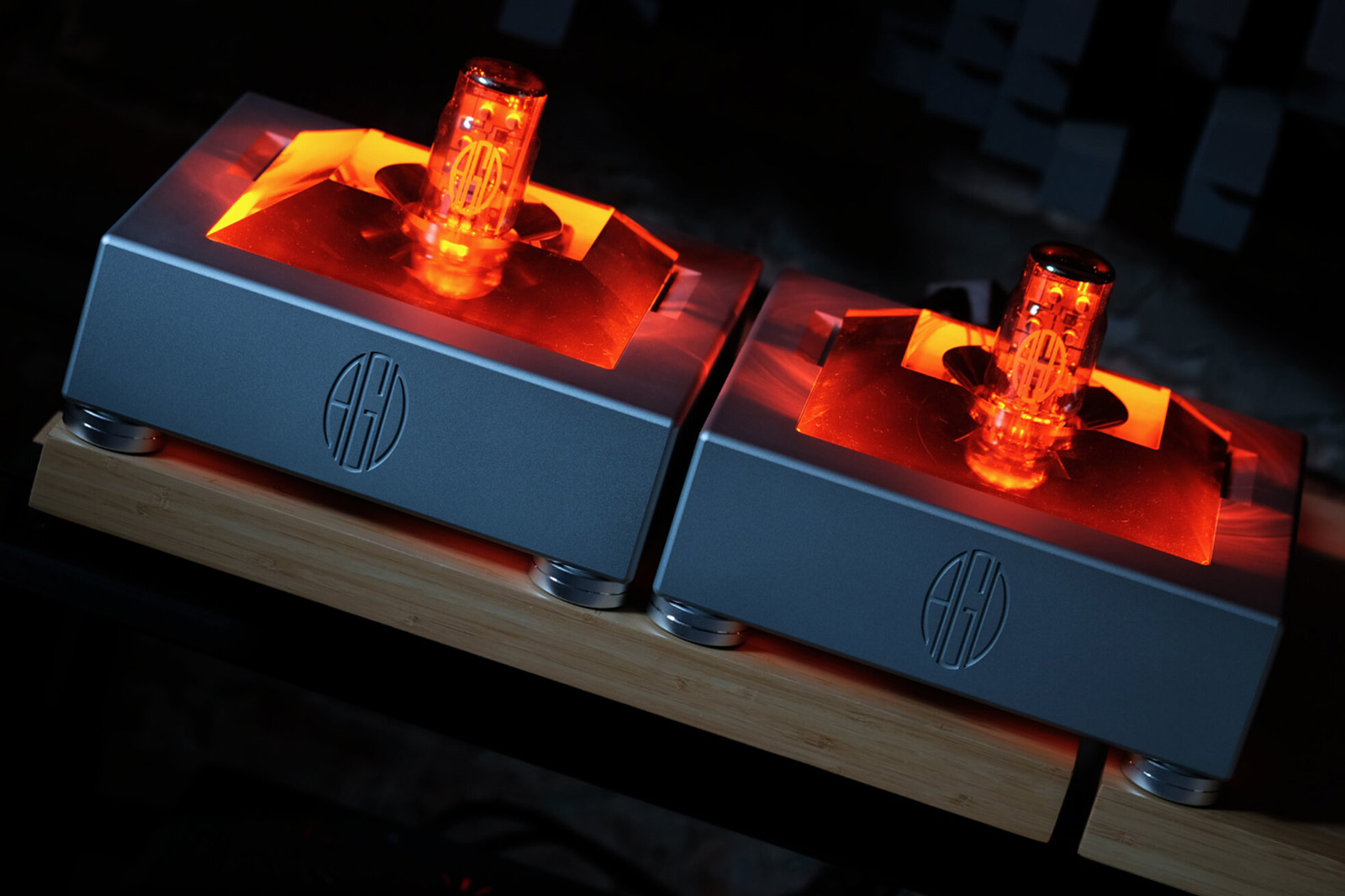 Between their cool, steampunk looks and the sonic warmth they’re known for, it’s surprising that valve amps aren’t more popular. Perhaps more potential audiophiles should listen to AGD’s superlative Vivace. The most advanced valve power amp on the market, this small-but-powerful monobloc beauty opts for a unique GaNTube system with a gallium nitride power-stage integrated into a vacuum tube. If that sounds like a lot of tech babble, just know this; it packs a punch many, many times its size. 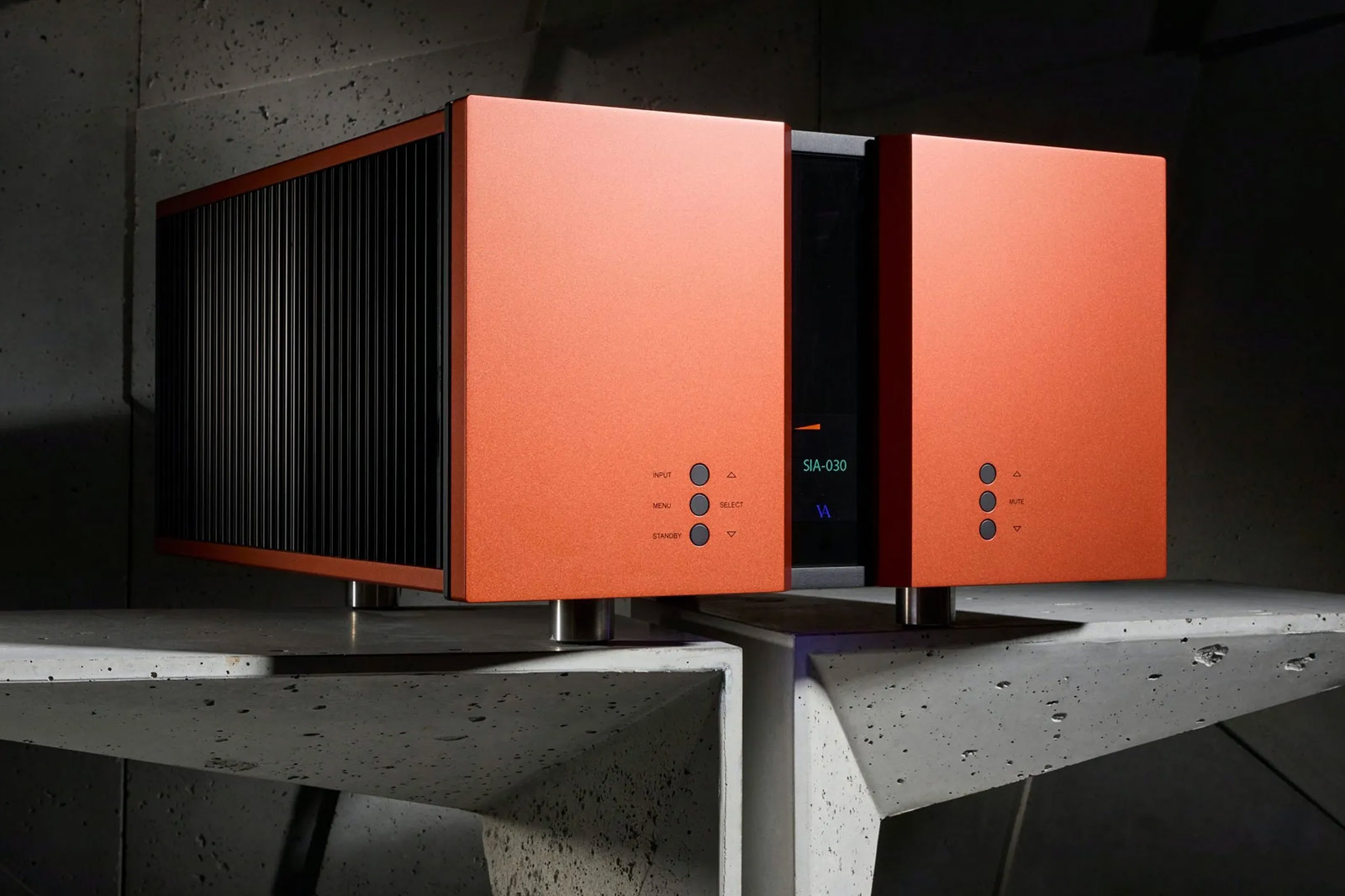 This is something else. Even if you weren’t already enraptured by the handsome, blocky orange mass of machined metal, this successor to the SIA-025 is a powerhouse. It might sit midway in the Vitus range, but that’s still saying a lot. With a frequency width of up to 800kHz, 200W per channel and the most silent background blacks possible, you won’t need another amplifier any time soon. 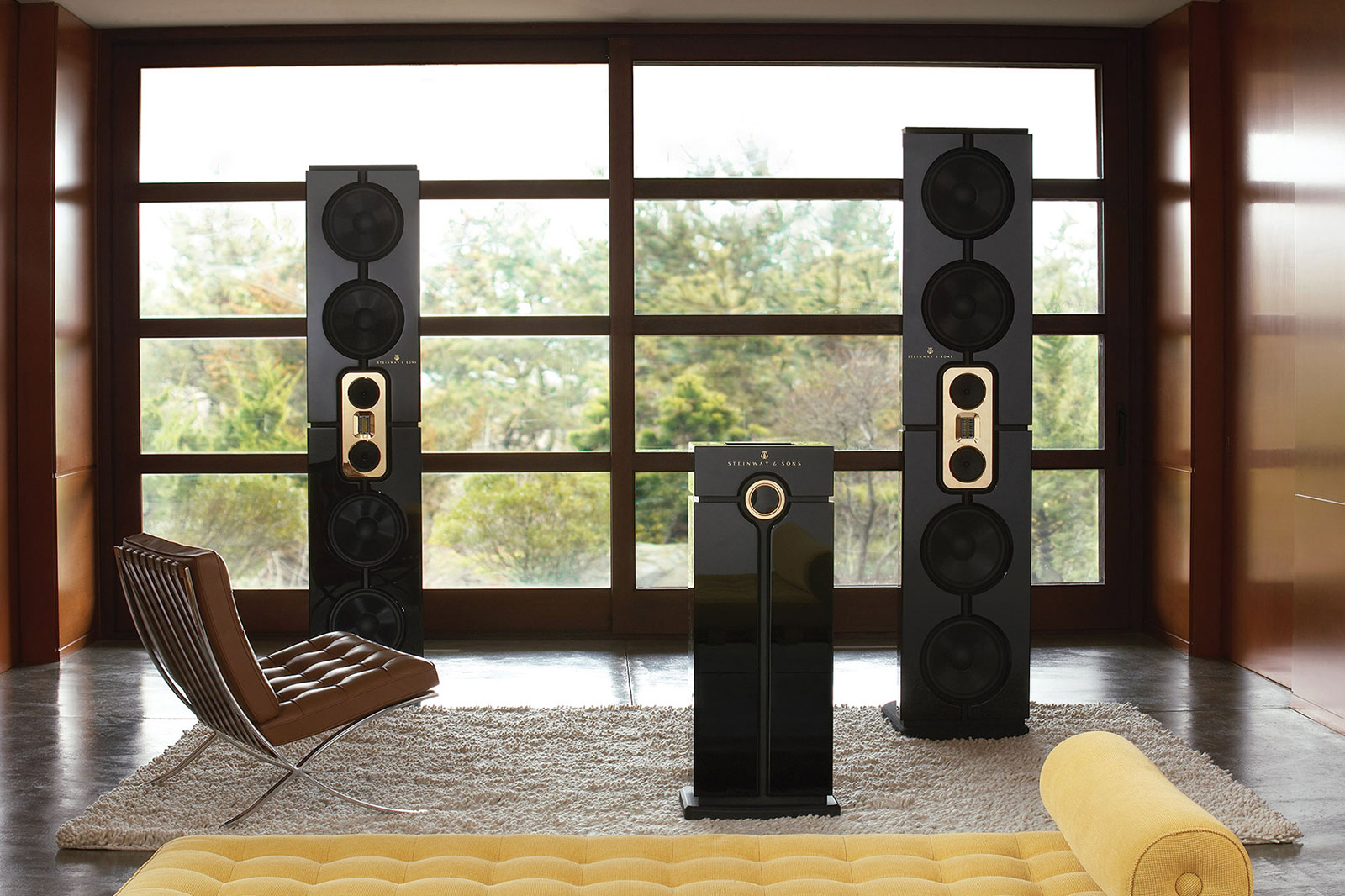 At the dawn of electric sound, listening to early radio meant headphones because the power of early amplifying devices was restricted. As available power increased, headsets were eventually joined by loudspeakers. It’s come full circle because earbuds and headphones are now the dominant means of listening, especially outdoors or on the go. When you put together a sound system and you want to use headphones – loudspeakers will be the primary means of listening – check that the amplifier has a headphone socket.

As for loudspeakers, always purchased in pairs for stereo, the choices are vast. Most common are box-type speakers which come in enclosures that might be wood-finished or coated in modern paints or plastics, and they can be as small as a loaf of bread, or as huge as a shower stall. The best will be free-standing, away from the walls, but smaller, space-saving types are often mounted on shelves, hence the term ‘bookshelf speakers’. Huge speakers which don’t require separate stands to raise them to ear-height are called ‘floorstanders’.

An alternative for the house-proud, who don’t want boxes in the room, are panel type speakers, which – like LCD TVs – are thin and flat. Unlike panel TVs, though, they cannot be wall-mounted and must stand in free space. The difference, however, is that compared to box-type enclosures, panel-types are usually better-looking, and no more intrusive than dressing screens.

If you’re a hard-core enthusiast, and the above integrated speakers don’t address your incurable need to tweak this, speakers can be augmented by subwoofers for added bass, of ‘super tweeters’ to enhance the upper frequencies. Our advice is to simply by the speaker which 1) sounds best to you and 2) fits into your living space. 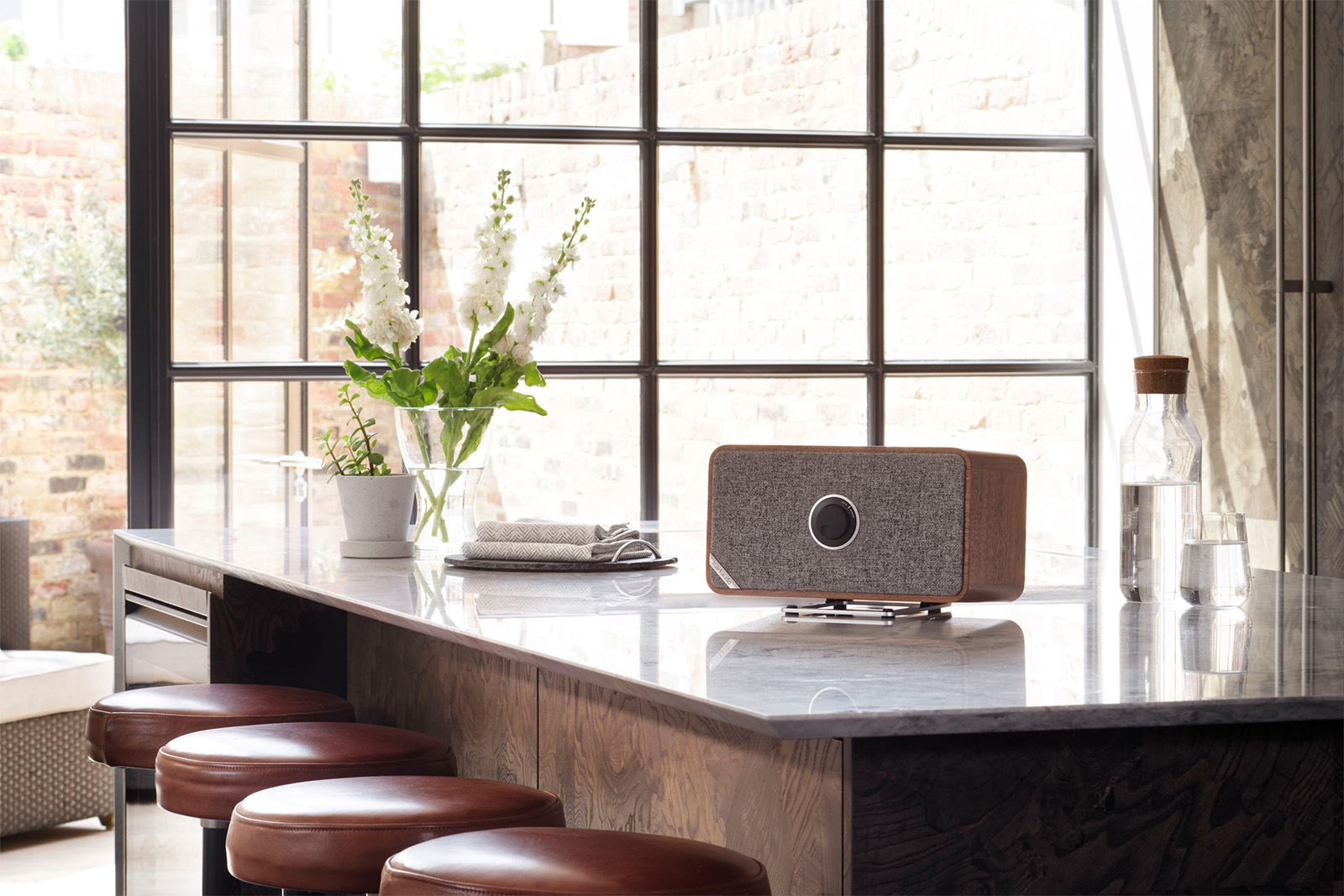 Convenience is often as important as sound quality and Ruark’s handsome wireless speakers offer the simplest, most streamlined way to enjoy surprisingly great audio across the house. Just pop one wherever there’s a bookshelf or corner table for it to nest on and you have an effective – not to mention good-looking – multiroom system. Unlike a lot of audiophile stuff, it won’t break the bank, either. 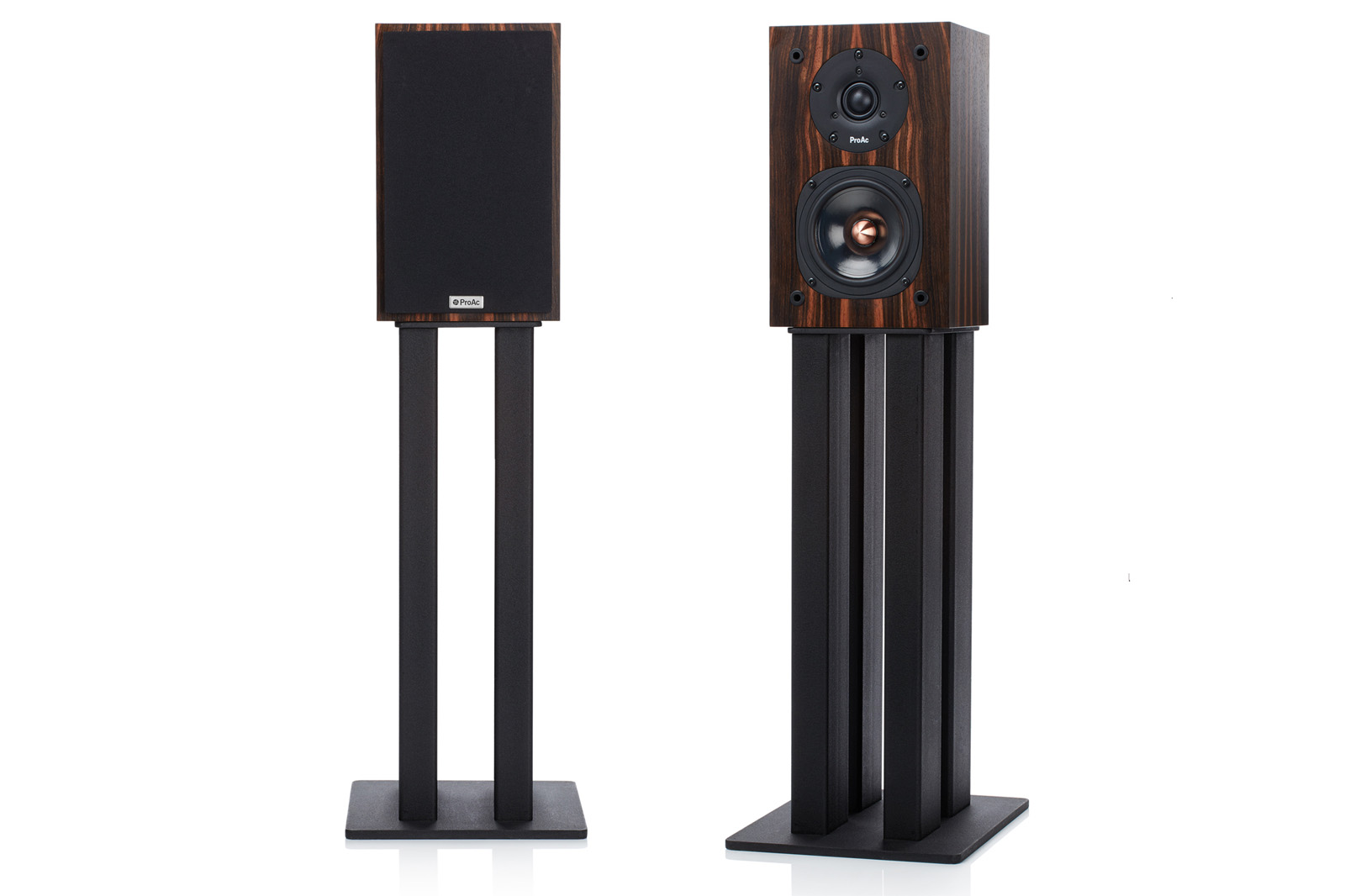 Size isn’t everything, particularly if it projects well. Case in point, the upgraded Signature version of British maker ProAc’s diminutive, but incredibly punchy Tablette 10. A versatile design built to be adapted to any space, big or small, the speakers offer a soundstage far bigger than you’d expect, with plenty of tweaks – including a new bass driver – to make sure said stage sounds as excellent as possible. 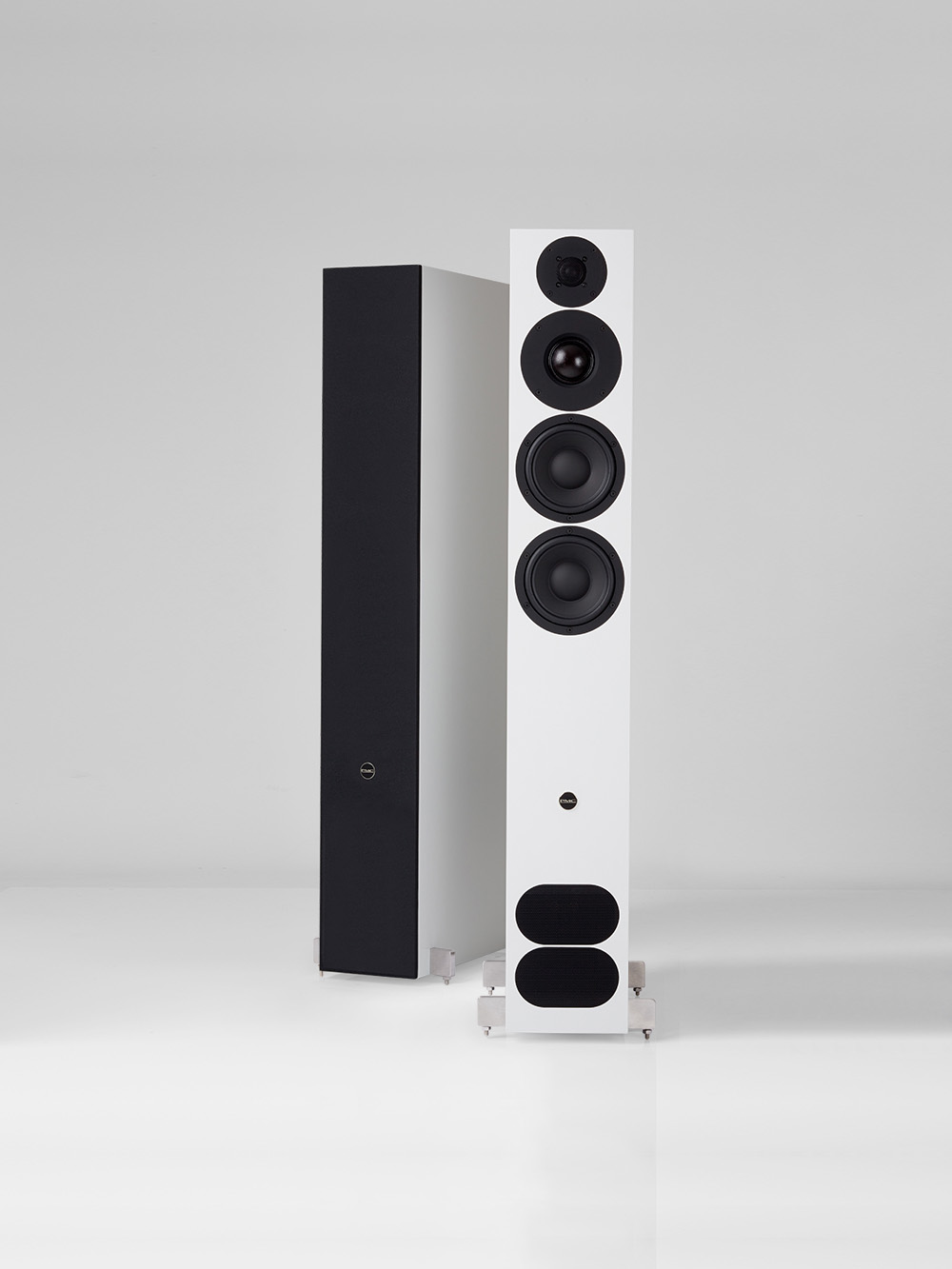 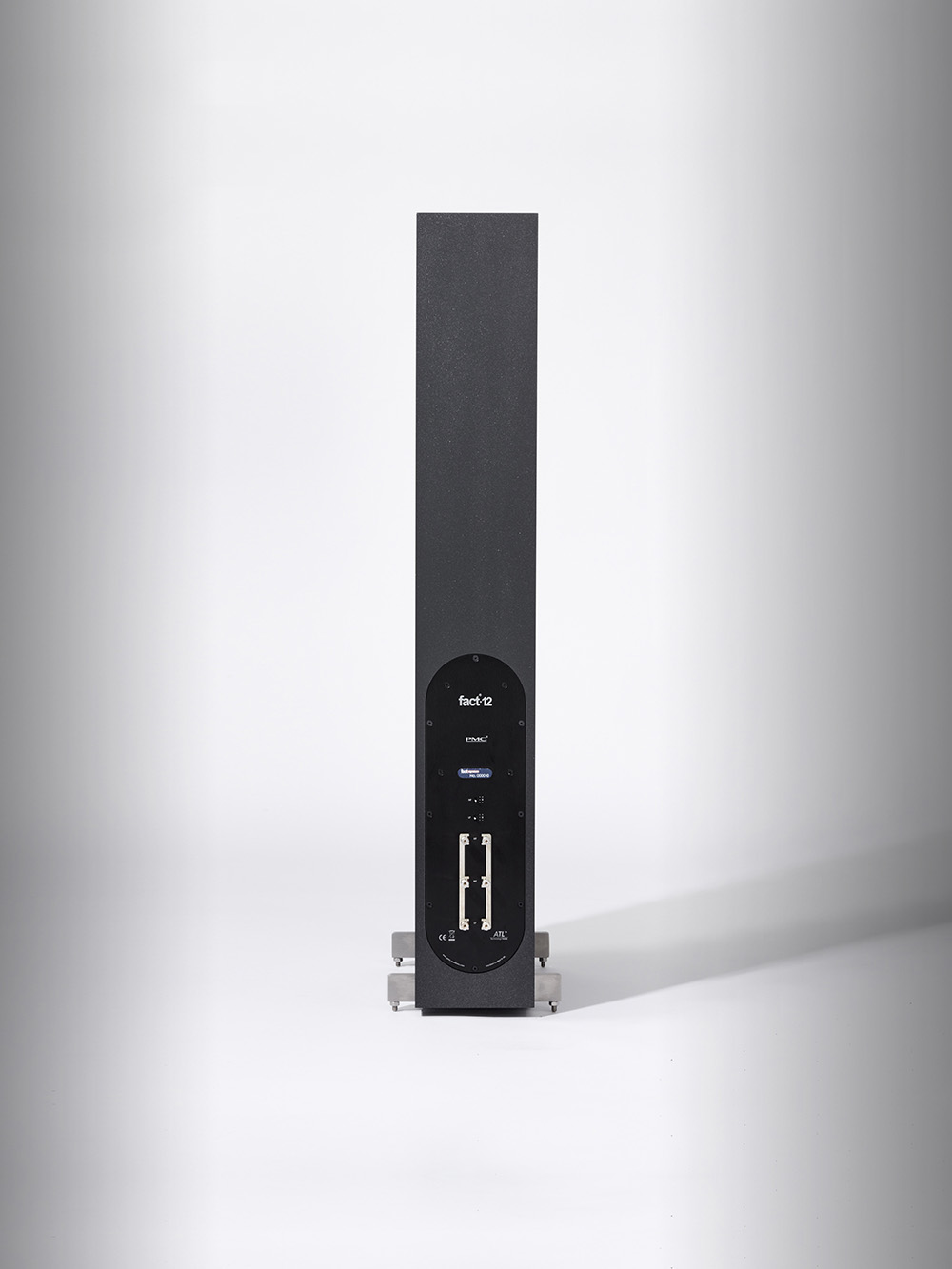 From the entry level models to the intense Fenestria version, PMC’s phenomenally popular Fact series has pushed both ends of the audio spectrum. The fact.12 Signature lies perfectly in the middle, taking elements from the upper end and incorporating them into a versatile pair of loudspeakers. The result is everything from whisper-quiet to reverberatingly sonorous with precision and quality across the board.