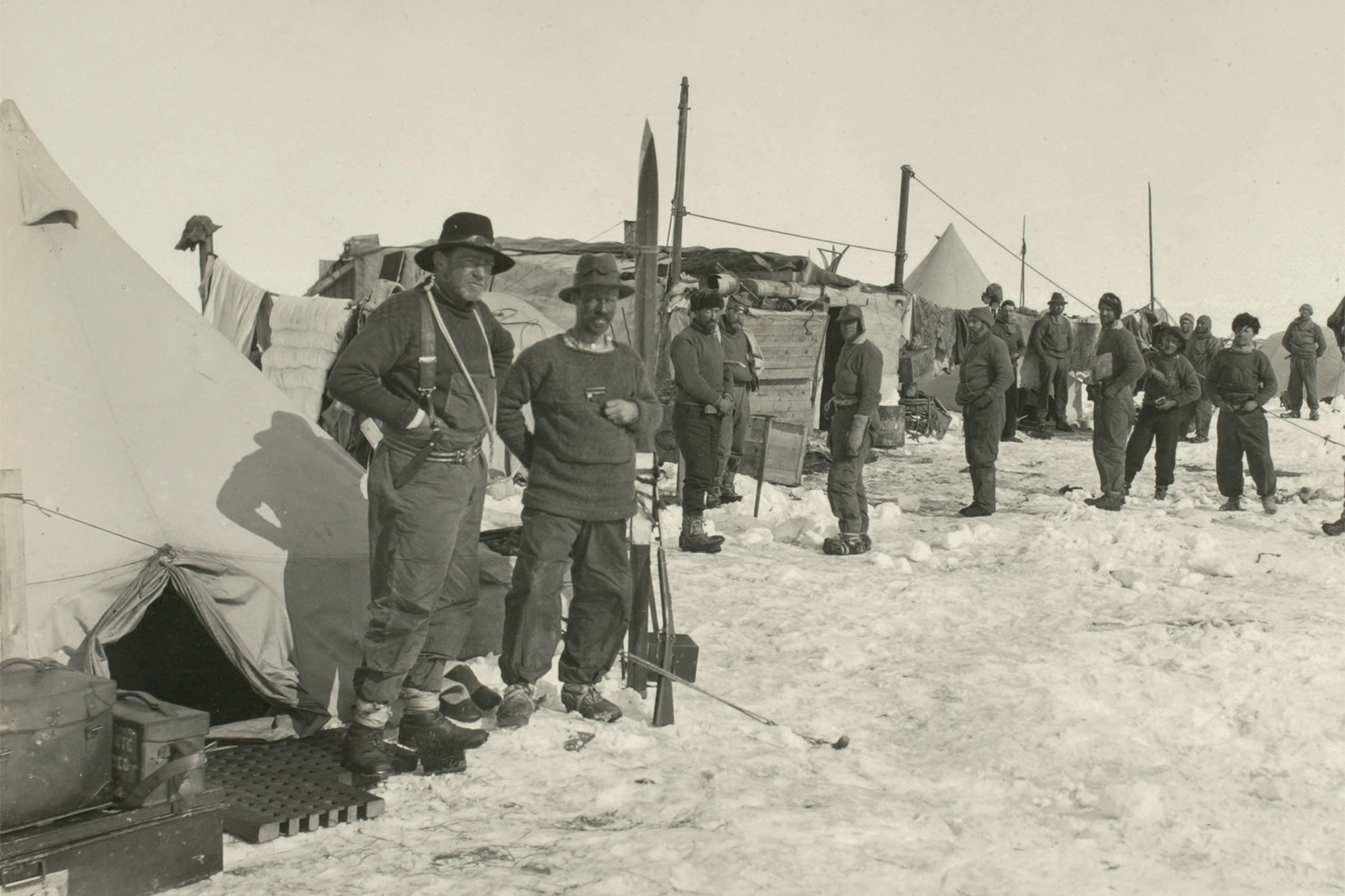 Ernest Shackleton and his crew in the Antarctic.

When Ernest Shackleton and his fellow explorers embarked on their doomed expedition to make the first land crossing of the Antarctic continent in 1914, they were equipped with the most up-to-date, high-tech polar expedition clothing of the era – most of it made of wool. Much of their underwear (wool) was courtesy of British clothing manufacturer Jaeger. On top of this were pullovers and trousers (also wool).

The outer layer, designed to protect them from the vicious Antarctic winds and blizzards, was a gabardine coat (a hardwearing water-resistant fabric) made by another British clothing brand, Burberry. On their feet were either leather hobnail or reindeer fur boots. The whole outfit would have been heavy, scratchy, uncomfortable and often wet through – especially the wool. 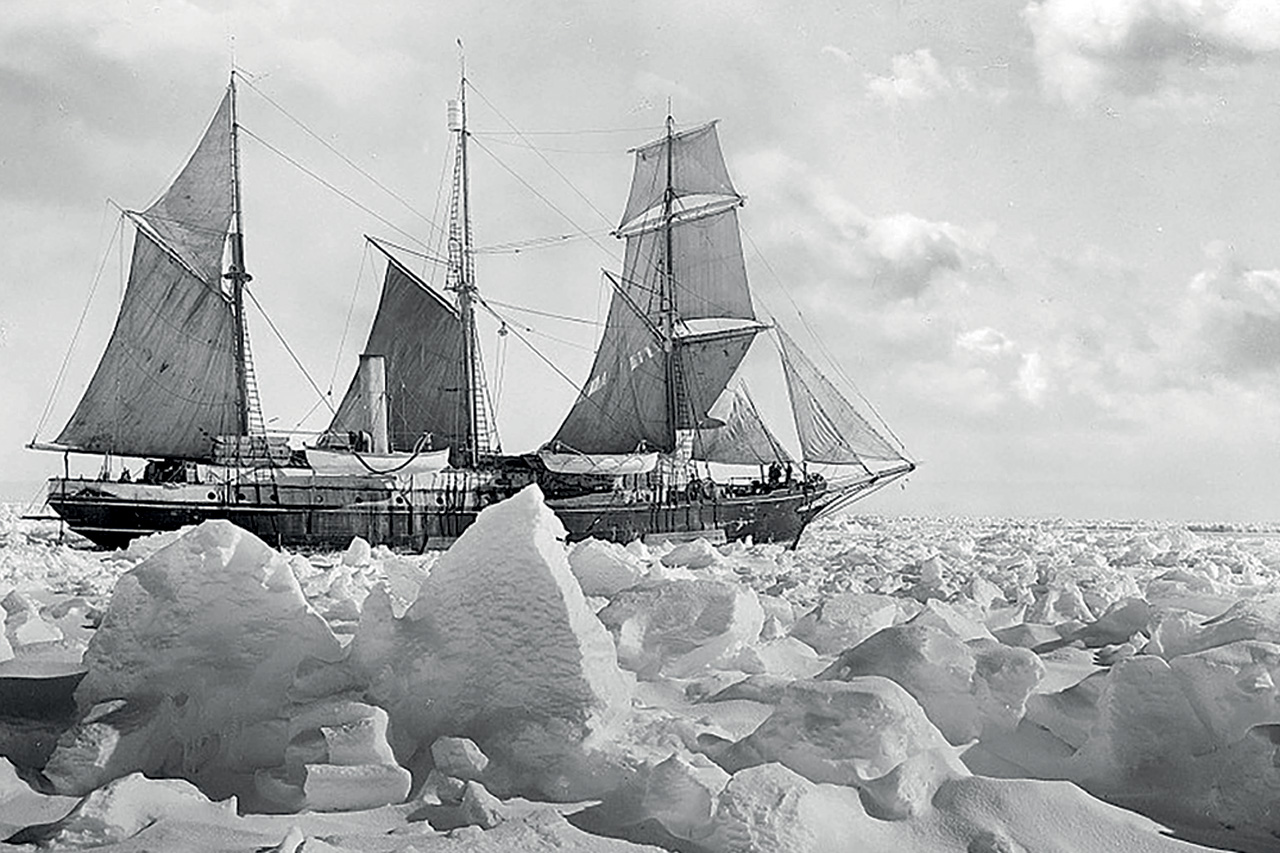 It’s a million miles away from the lightweight, wicking, wind-and waterproof man-made performance gear that today’s polar explorers find themselves cosseted in. Shackleton and his Edwardian colleagues – explorers such as Robert Falcon Scott and Roald Amundsen – could be forgiven for thinking their modern-day equivalents rather spoilt.

For most of human history, the expedition clothing and footwear worn by explorers, adventurers and outdoorsmen alike was 100% natural, borrowed straight from the animal kingdom. Skins, furs, guts, fats and wool proved far more protective against the elements than any materials that man himself could manufacture. 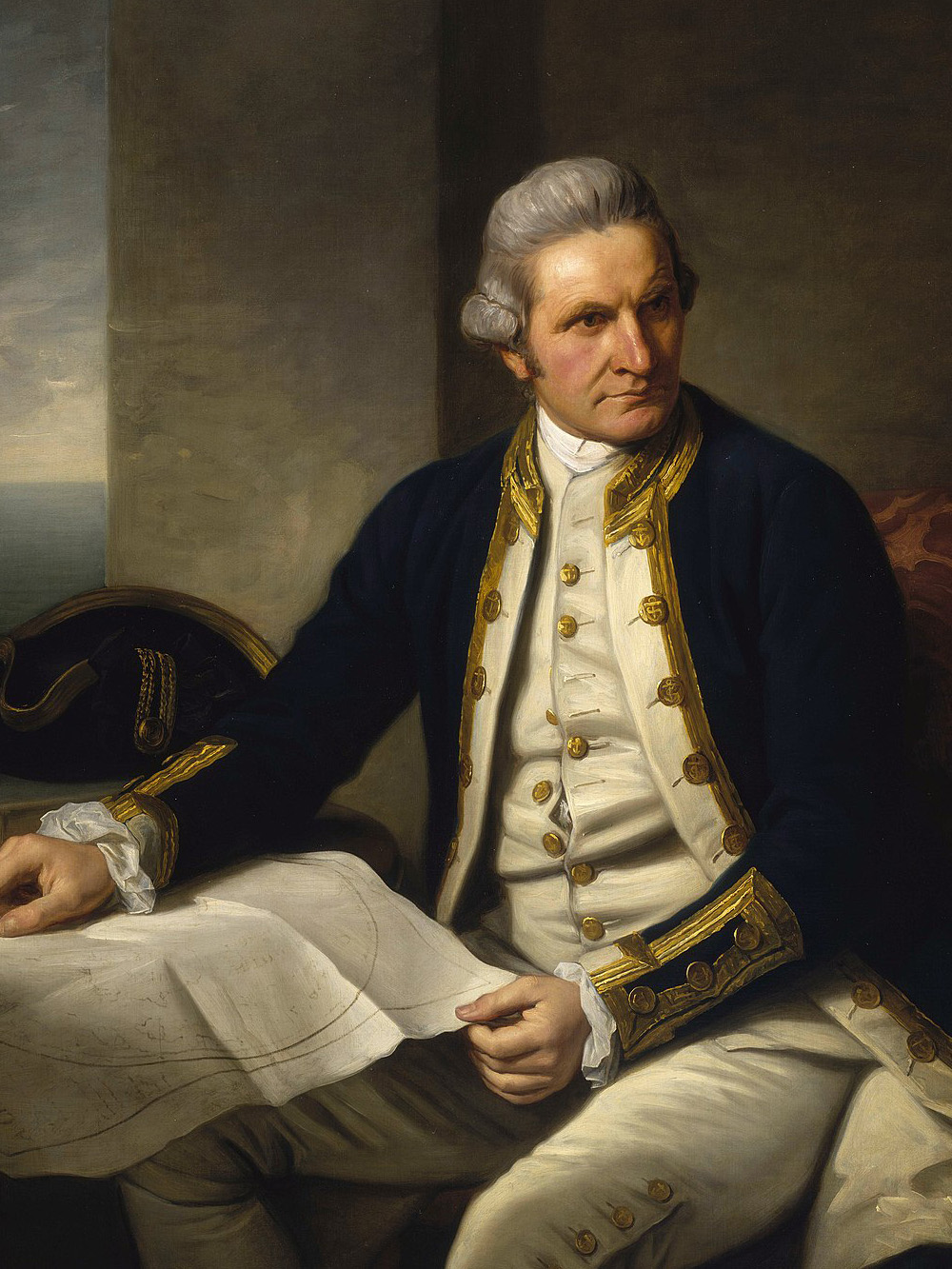 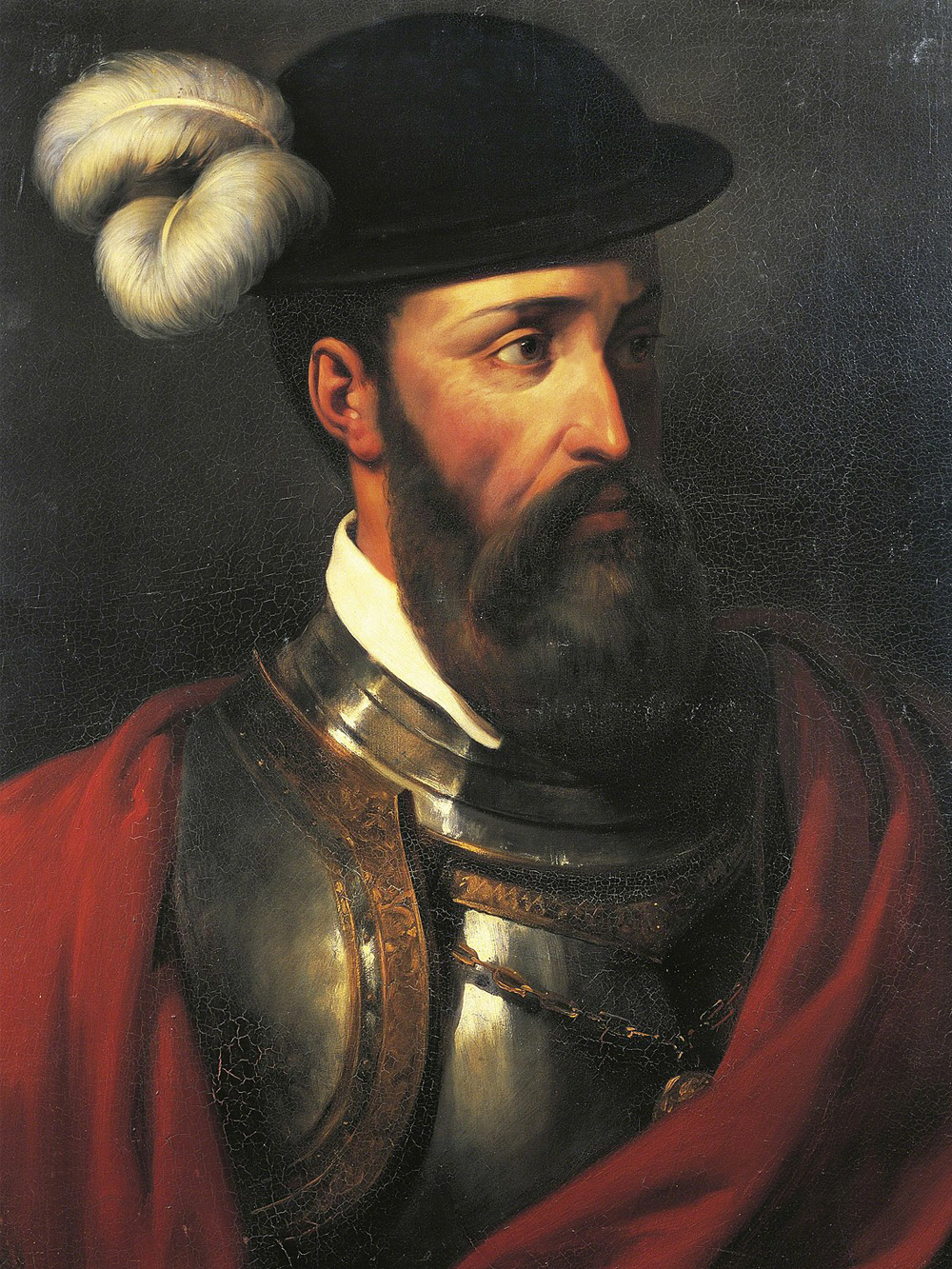 From left to right: Captain Cook and Pizarro.

Even during the so-called Age of Discovery – roughly the 15th to the 18th centuries when European nations set out to discover the New World – famous explorers such as Christopher Columbus, Vasco da Gama, Hernán Cortés, Francisco Pizarro, Francis Drake, Walter Raleigh and Captain Cook would wear the standard navy uniforms or formal wear of the time.

As captains of their vessels or military commanders, they were expected to dress up to the nines, and that’s at least how they appeared in their portraits. (What they wore in the field would probably have been more practical: Pizarro would hardly have sported an armoured breastplate while hacking through the South American jungle; Cook would have cooked in his full British Navy uniform on the hot beaches of Hawaii.) 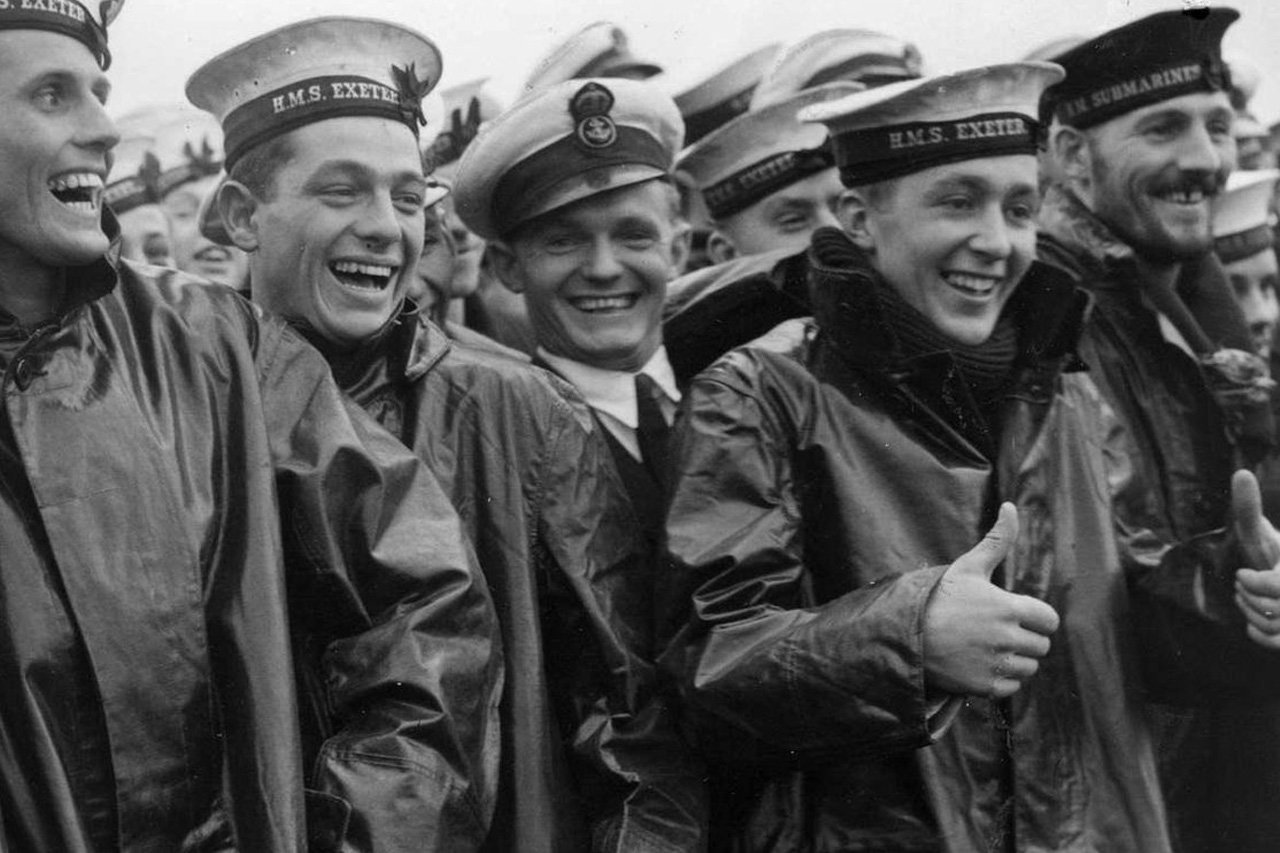 It wasn’t until the Victorian era that more practical clothing was adopted. Sailors were among the first to benefit, and that was thanks to the invention of the modern oilskin, in 1898, by New Zealander Edward Le Roy. Consisting of sailcloth painted with linseed oil and wax, it was waterproof in the foulest weather but also slightly breathable – a vast improvement on previous garments crudely painted in tar.

The tropics required their own specific clothing, too. The likes of David Livingstone, who investigated the African interior, and Richard Burton, who traversed huge tracts of Africa, Asia and the Americas, for example, are depicted wearing khaki safari jackets and trousers, often with accessories such as self-belts, epaulettes, cartridge loops and multiple, voluminous pockets. 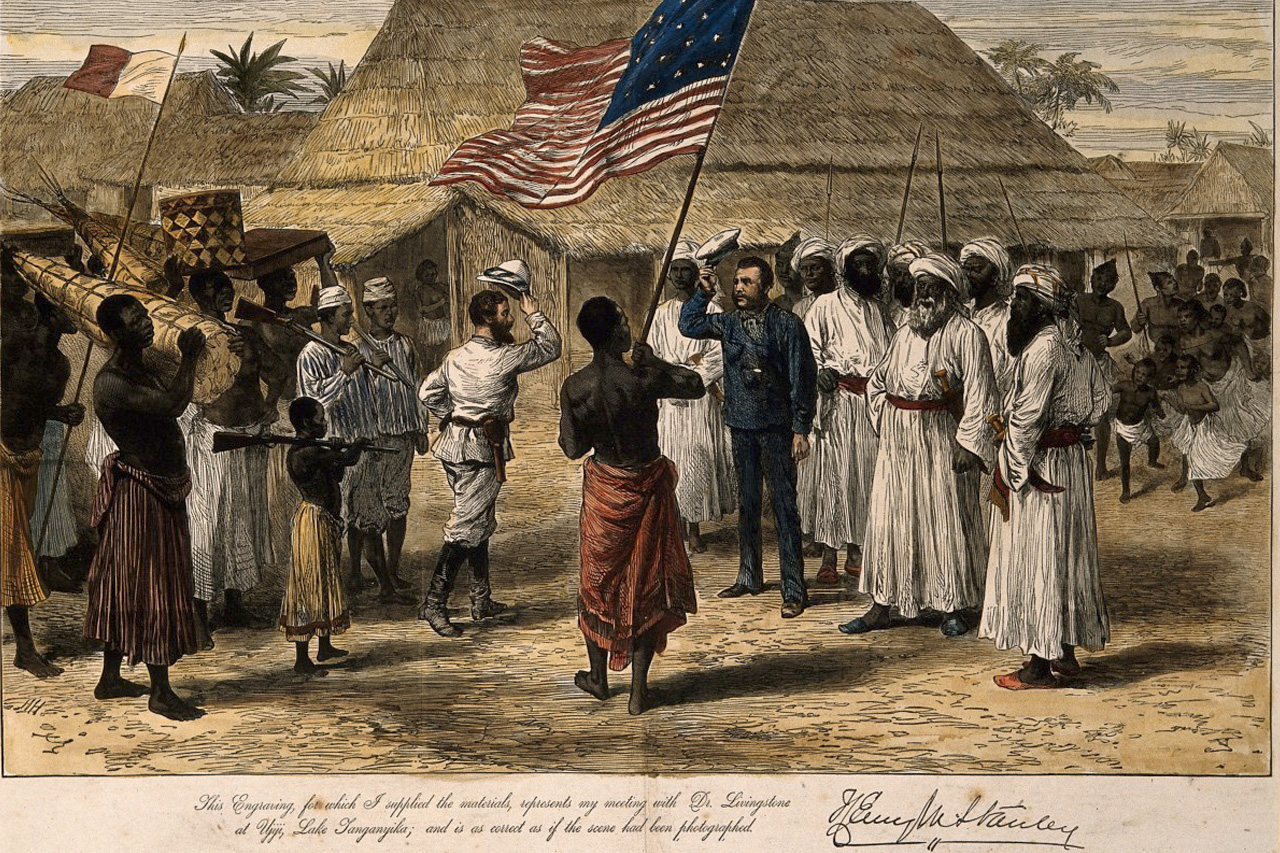 In 2012, an exhibition at the National Museum of Scotland displayed the original hats worn by Livingstone when he was famously located by the journalist Henry Morton Stanley in 1871, near Lake Tanganyika – a meeting which gave rise to the immortal line, “Dr Livingstone, I presume?” The former wore a black cap, the latter a beige pithhelmet, which at the time was almost indispensable for European explorers in the tropics.

That other infamous theatre of exploration for the Victorians (and later the Edwardians too) were the polar regions. Shackleton’s uncomfortable woollen-reindeer combinations are described above. The likes of Scott and Amundsen sported similarly natural cold-weather protection. 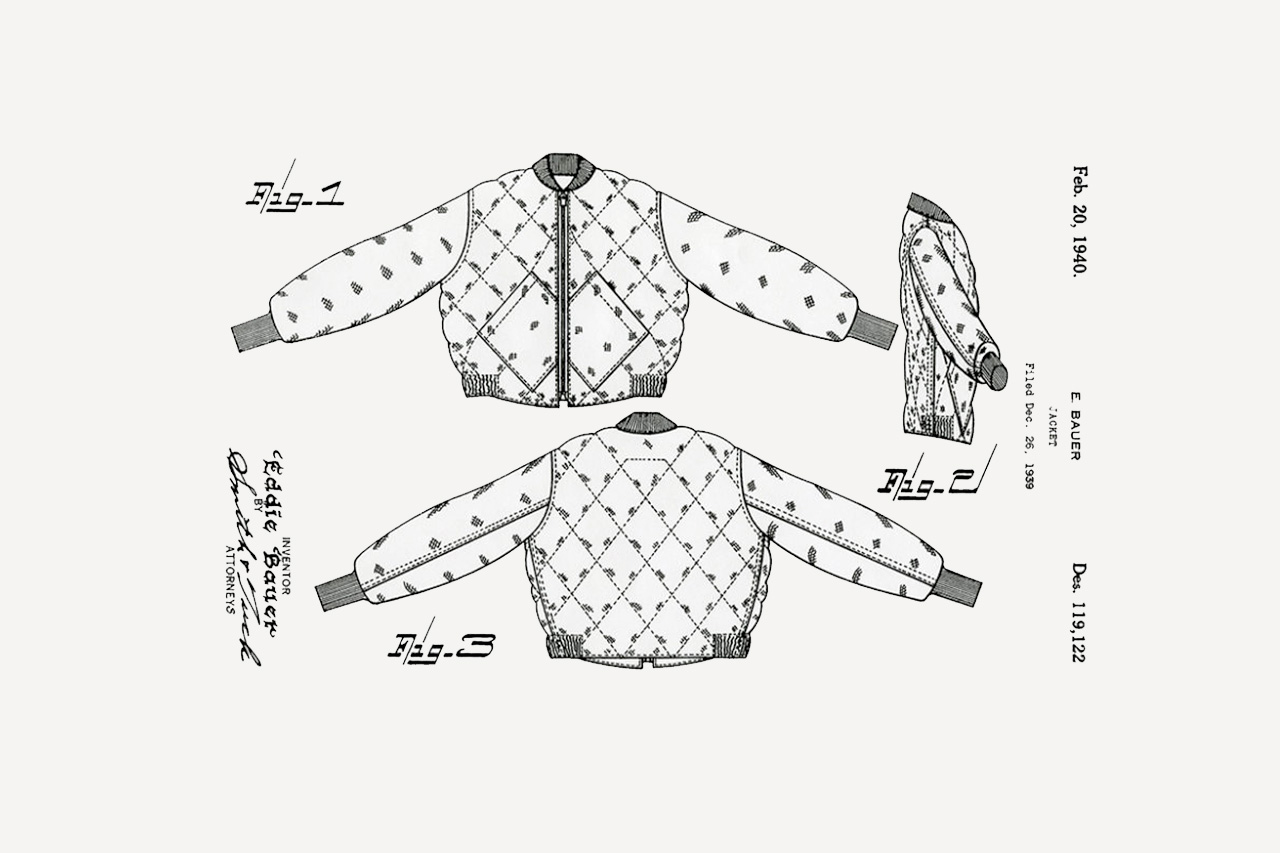 As the 20th century advanced, however, man-made materials and technical outdoor clothing accessories began to appear, often a by-product of military necessity. In 1913, Swedish-American engineer Gideon Sundback invented the modern zipper, although it was another 20 years or so before it was adopted in clothing. More important for adventurers and outdoor types was the invention, in the mid-1930s, of quilted jackets insulated with goose down. The inventor this time was American outdoorsman Eddie Bauer who was spurred into creating a warm upper layer after nearly succumbing to hypothermia on a fishing trip in 1935. “There can be no compromising quality when lives depend on performance,” he famously said.

While goose down would keep you warm, it was the invention in 1930 of neoprene that kept you dry as well. Scientists at the American chemical company DuPont commercialised the material for boots, wetsuit and drysuits – and it later became indispensable for the likes of anglers, swimmers, divers, surfers and sailors. 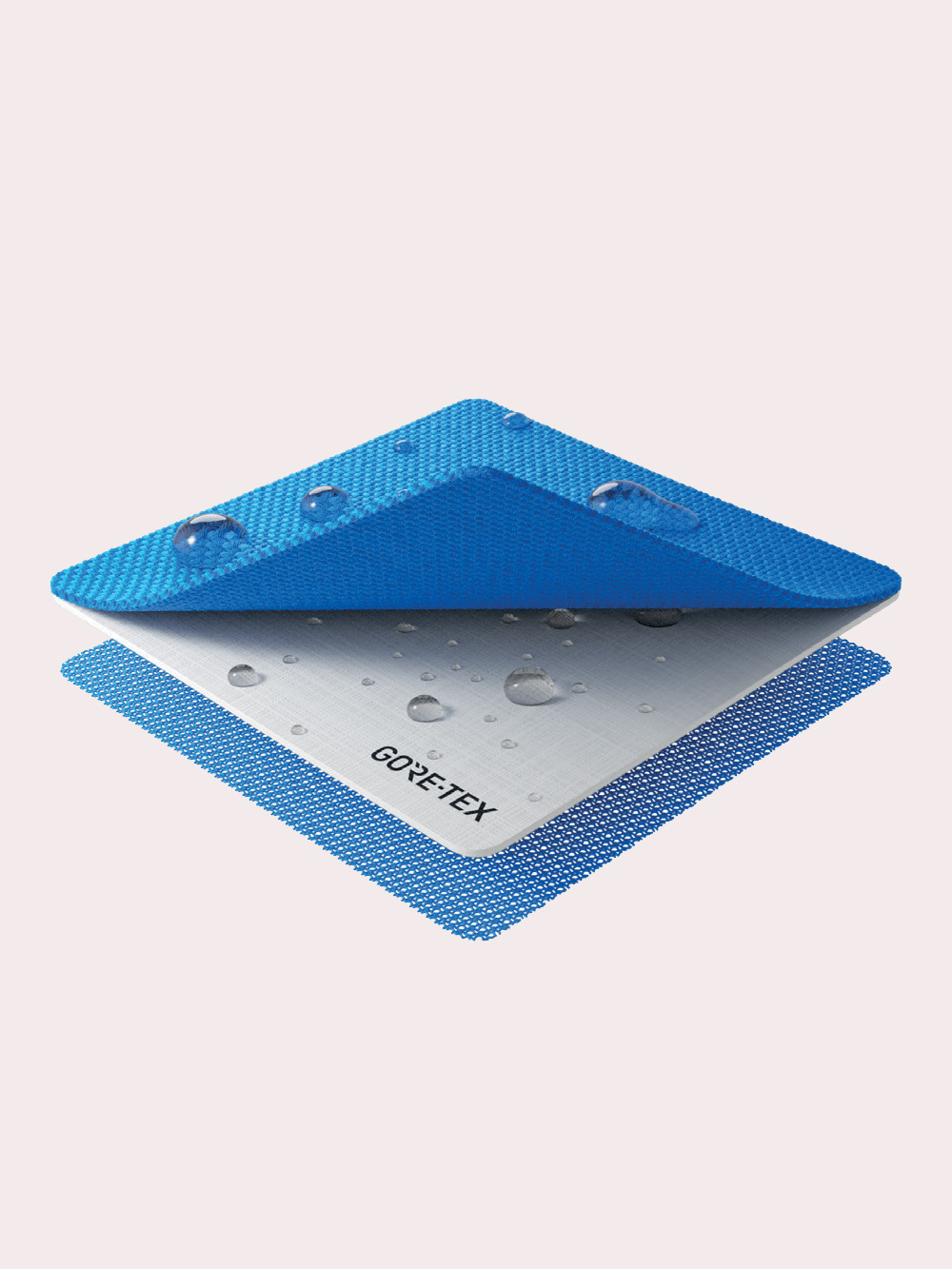 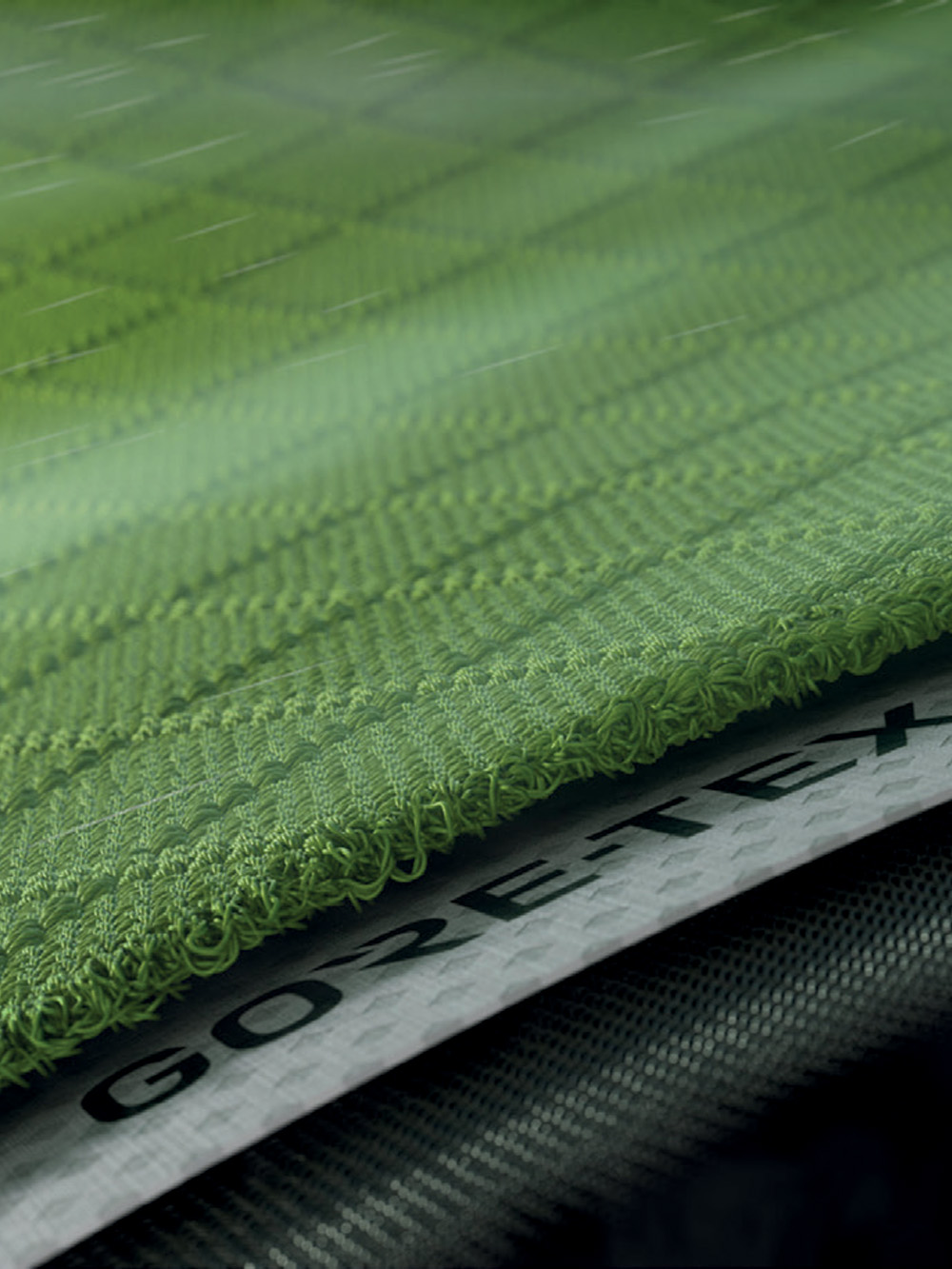 During and after World War II, a whole host of clothing technologies ensured that outdoor sports and activities became far more comfortable: among them, Velcro (from Swiss engineer George de Mestral), injection-moulded zipper teeth, cordlock toggles, synthetic fur, and Lycra. The latter, which has saved many an outdoor athlete from problem chafing, was another DuPont product, first invented in 1958 by American textile chemist Joseph Shivers.

In 1969, the entire outdoor clothing market changed forever, thanks to the introduction of a truly revolutionary new polymer material: Gore-Tex. W.L. Gore & Associates was an electronic products company, based in Delaware, USA. For a while they had been developing a new polymer material called PTFE, or polytetrafluoroethylene. The problem was that, whenever they tried to shape it, it kept breaking. The company founder’s son, Bob Gore, was particularly frustrated at the lack of progress. One day, in late October 1969, he was experimenting on his own with heated rods of the polymer. 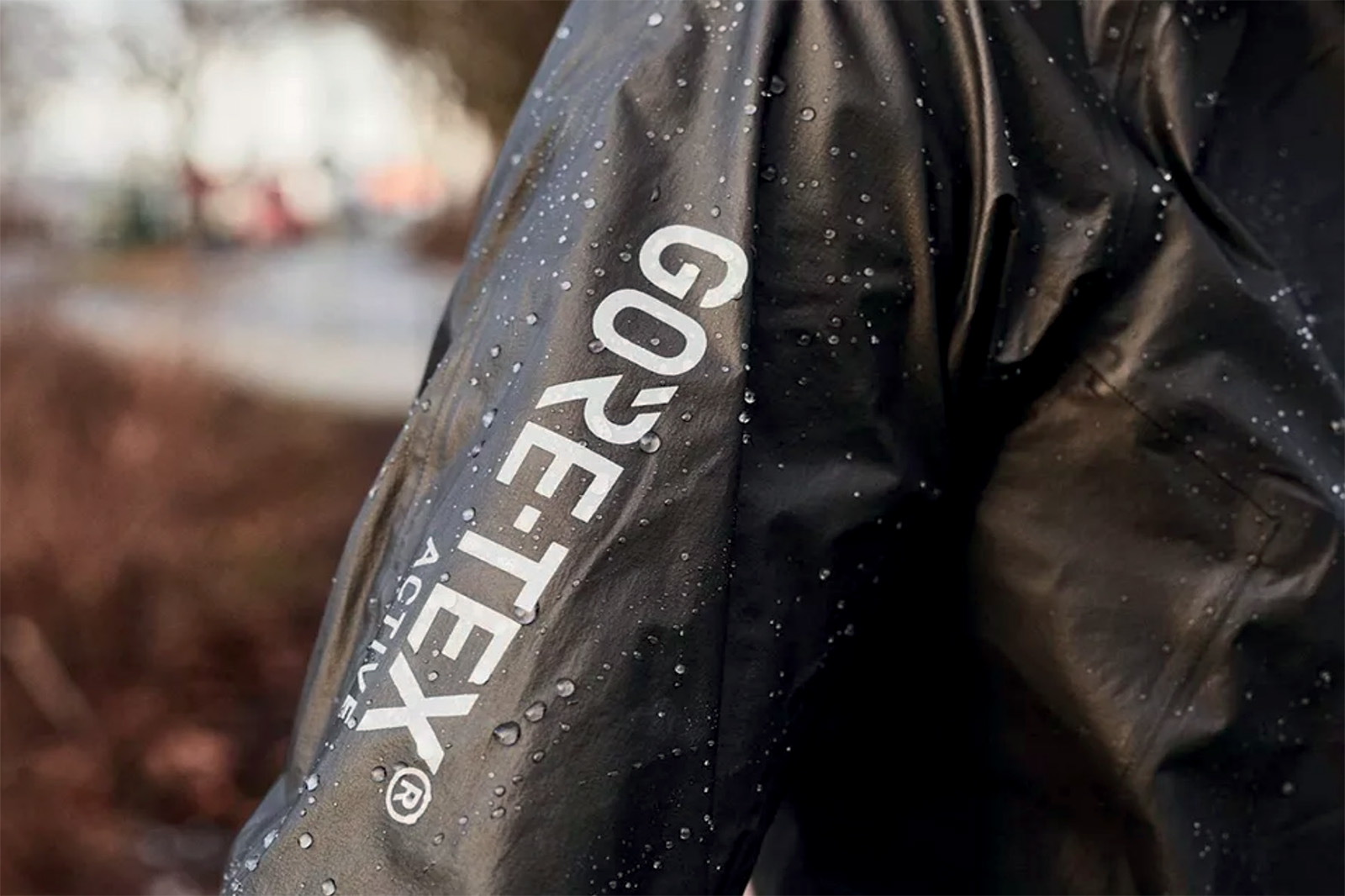 “It was getting on towards six o’clock in the evening,” he recalled many years later. “I thought, ‘I’m going to give you one last try. If you won’t stretch slowly, you’ll stretch fast’. I took the rod out of the oven and I gave it a jerk, and it stretched the whole length of my arms. I was totally stunned. I couldn’t believe it.”

Having established how to stretch the material, the company was soon manufacturing wide sheets of expanded PTFE, which they turned into breathable, waterproof garments. Outdoor clothing companies from all over the world realised the benefits of the new technology and incorporated Gore-Tex into their ranges. Over half a century later, the material is still in widespread use among all manner of outdoor athletes and enthusiasts. 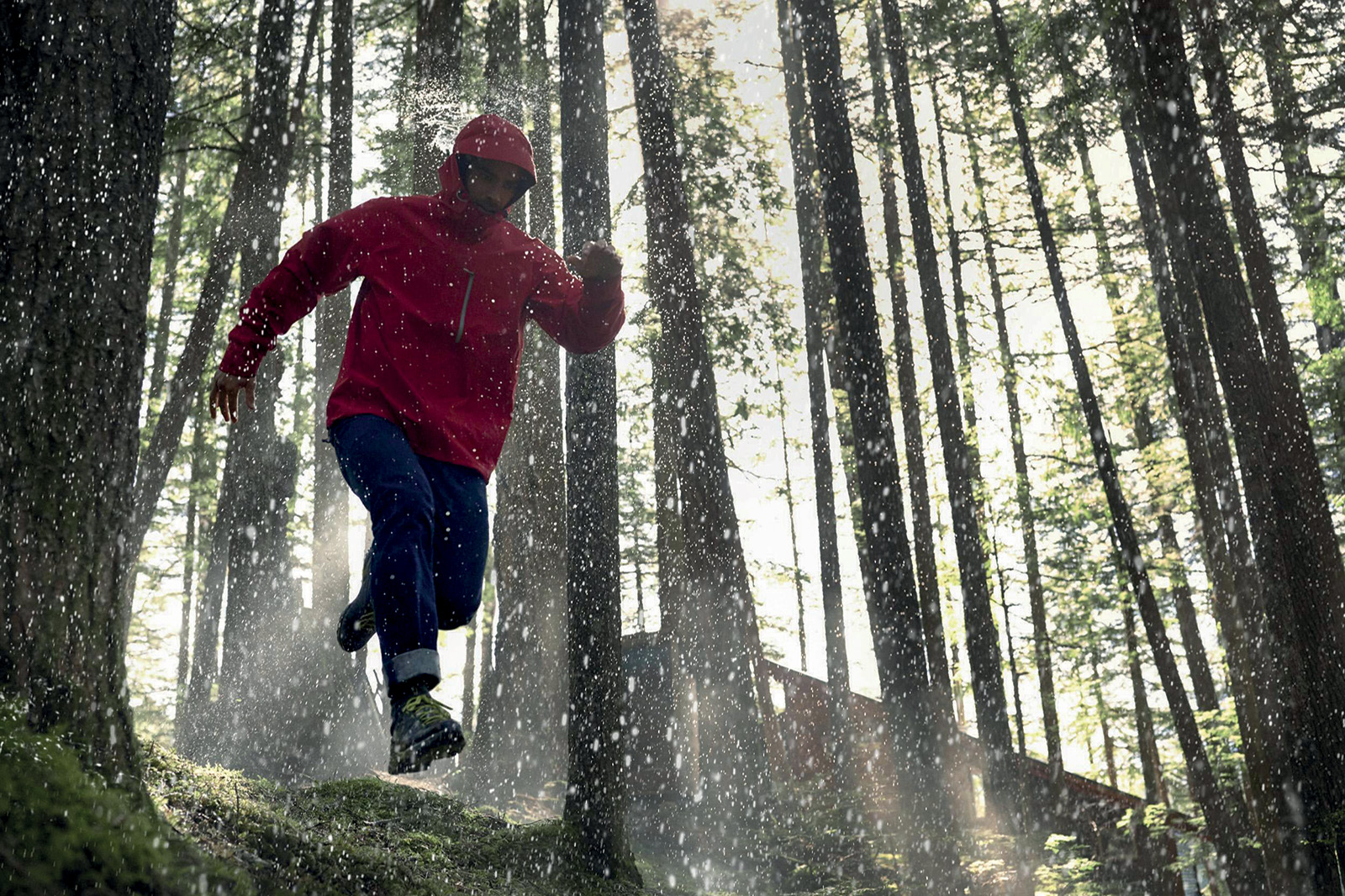 What of the future, then? What kind of clothing are the intrepid likely to wear in the great outdoors in years to come? Respect for the environment is already having an effect on outdoor clothing brands, as customers demand more sustainable clothing, manufactured using fewer chemicals. Many brands now eschew harmful dyes, for example, opting for undyed fabrics instead. Meanwhile there’s an appetite among consumers for natural clothing materials such as bamboo, cotton and wool.

Who knows? Perhaps one day attitudes will change and we’ll all reject the high-tech, man-made materials, and return to old-fashioned woollen clothing. Just like Ernest Shackleton and his colleagues in the Antarctic.

Dominic Bliss is a London-based journalist, specialising in long-form feature writing for the likes of National Geographic, Men’s Health and GQ. His late grandfather once owned a beautiful antique Jaeger-LeCoultre watch, an heirloom which sadly ended up on the wrist of another member of the family.

This month’s shoot showcases the peak of winter-season style.

Our pick of rugged and capable clothing... with Levison Wood.

Rough, ready and infinitely practical – outdoor clothing is there for when you need it.