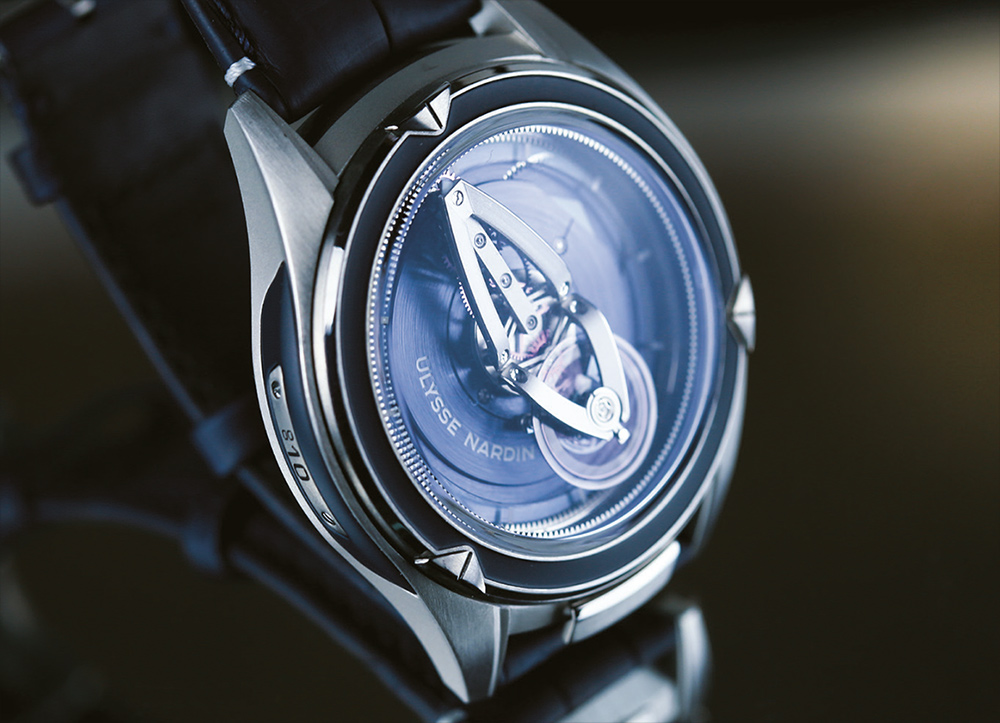 This watch is insane. I don’t mean insane in a Patrick Bateman chainsaw and-hookers kind of insane, but the evil master mind, method-in-the-madness kind of insane. After all, there’s plenty of method in Ulysse Nardin’s first automatic entry into the Freak family.

It’s the watchmaker’s personal playground of fringe horology, a safe space for some serious experimentation that originated as a concept last year. It still feels like one, too; it’s hard to shake the feeling that you’re wearing a prototype, a piece that shouldn’t be allowed to interact with the general public. That’s no bad thing of course; if you’re dropping tens of thousands on a watch you want it to get noticed – and the Freak Vision is an exhibitionist.

The fully-visible balance spring (if the architectural mass of silicon micro-blades can be lumped in with the rank and file of regulating organs out there) can’t help but catch the eye – every eye – as it spins. Look a little closer and you can even see Ulysse Nardin’s equally-advanced anchor escapement flicking back and forth. 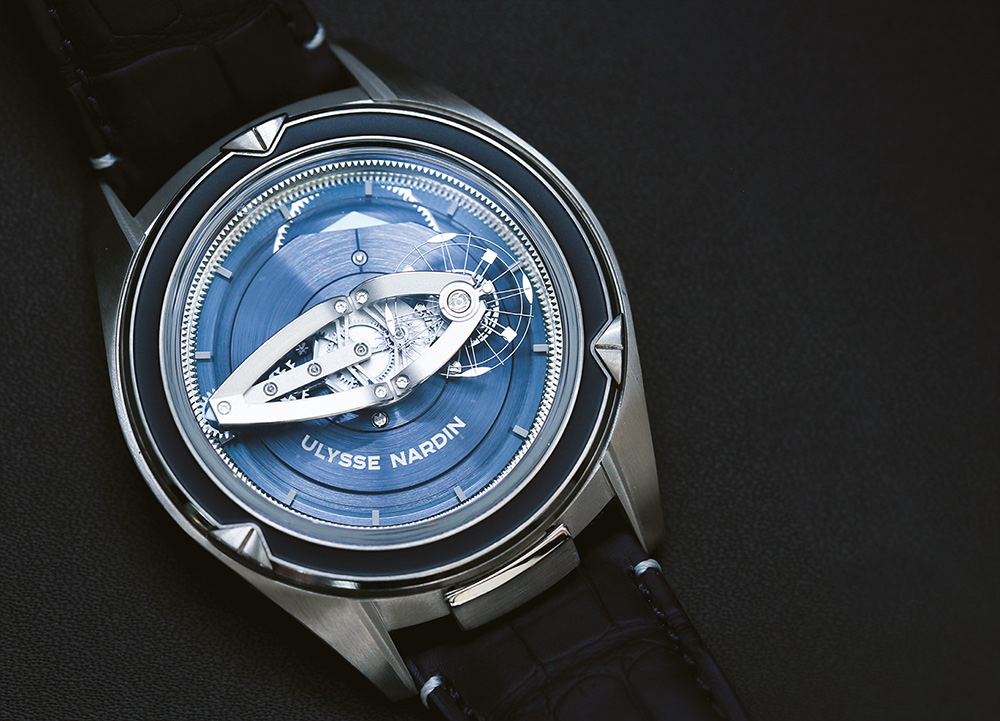 Obviously, there’s a lot more to the balance wheel/escapement combo than a flashy bit of movement à la MB&F’s Legacy Machines. Through engineering akin to sorcery (that I’m not about to delve too deeply in to) the two components create a more precise, accurate movement. The whole flying carousel ensemble also acts like a tourbillon on an hour-long rotation. Let’s be honest though, it does look bloody fantastic.

Design-wise, the Vision’s a nice, if not ground-breaking, evolution of the earlier Freaks. The architectural 3D bridge that covers the movements looks like the underside of a boat and makes it a bit more obvious as a minute hand, even if it is a little confusing that it looks like an hour hand, too. 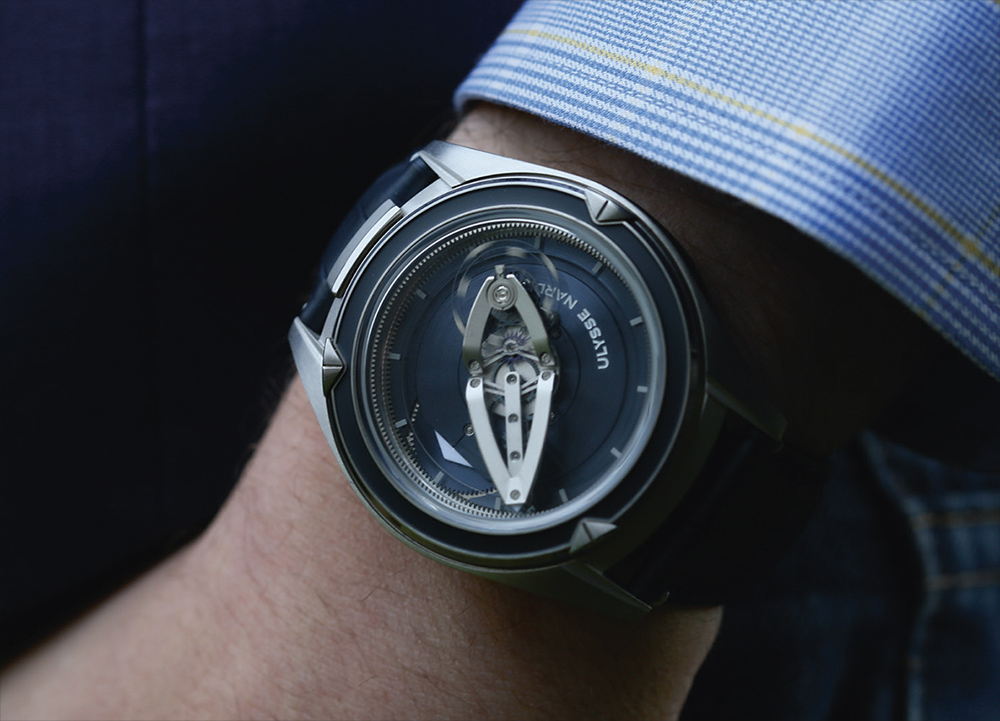 The watch as a whole is pretty toned-down for something so insanely complicated; some might (very wrongly) call it boring. The original InnoVision 2 concept wasn’t exactly subtle in black and orange, but here the matte platinum and greyish blue don’t stand out particularly. But they don’t need to. If you do long for something with a bit more non-mechanical impact, there’s always the Coralbay version with its bright red micropainting.

On the wrist it’s pretty weighty with all that platinum, but the case size itself isn’t overly large. Against all indications it fits well beneath a shirt and doesn’t overhang my pathetic wrists. In fact, once you get used to the weight it’s pretty damn comfortable, in good part thanks to the leather strap. 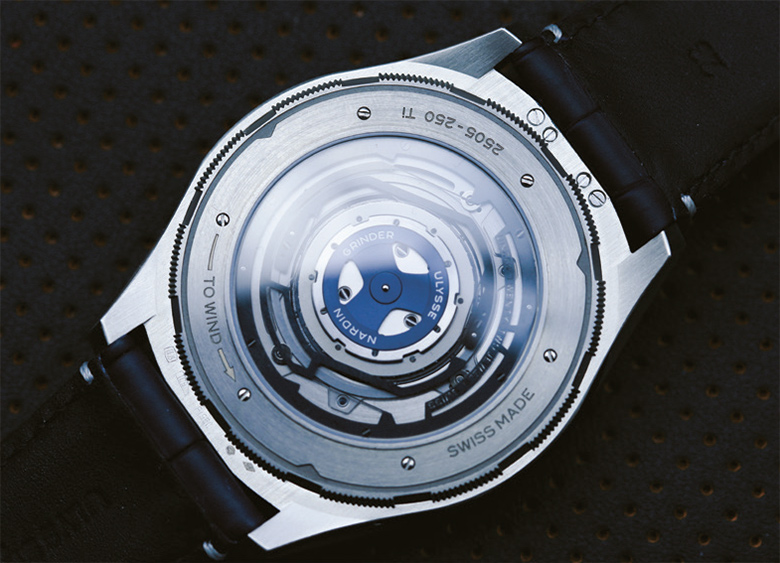 The big news about the Freak Vision is that it’s the first Freak with automatic winding, but don’t fret, it still has the awesome winding system of its ancestors, where you twist the entire base of the watch. Between that and the way you twist the entire top to set it, the FreakVision’s an immensely satisfying watch.

Quite simply I’ve never worn anything quite like it. That’s not so surprising really – there is nothing quite like it. It’s a watch whose technical marvels are front and centre but aren’t overdone or ostentatious. Plenty of watchmakers would go insane making the design live up to the technological premise; with the Freak Vision though, the concept’s insane enough already. 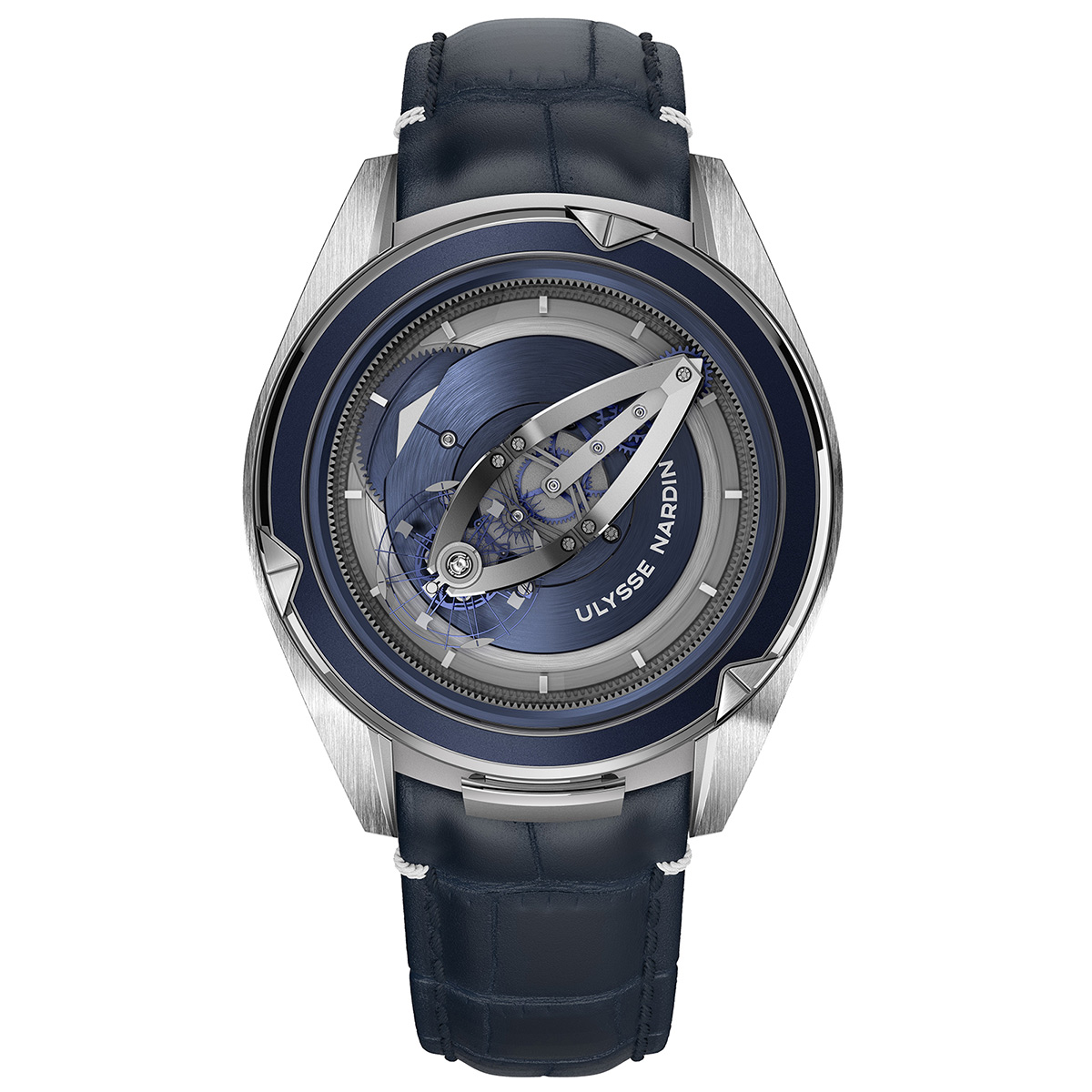 What to wear: This isn’t a watch that wants to hide, so roll up the sleeves of a flawlessly tailored shirt and pair with some neutral chinos – kind of like it’s the French Riviera and you have a new boat.

Where to wear it: The Monaco Yacht Show. Even if Ulysse Nardin didn’t sponsor the world’s greatest boat show, the shape of the bridge matches the other eye-candy at the Marina.