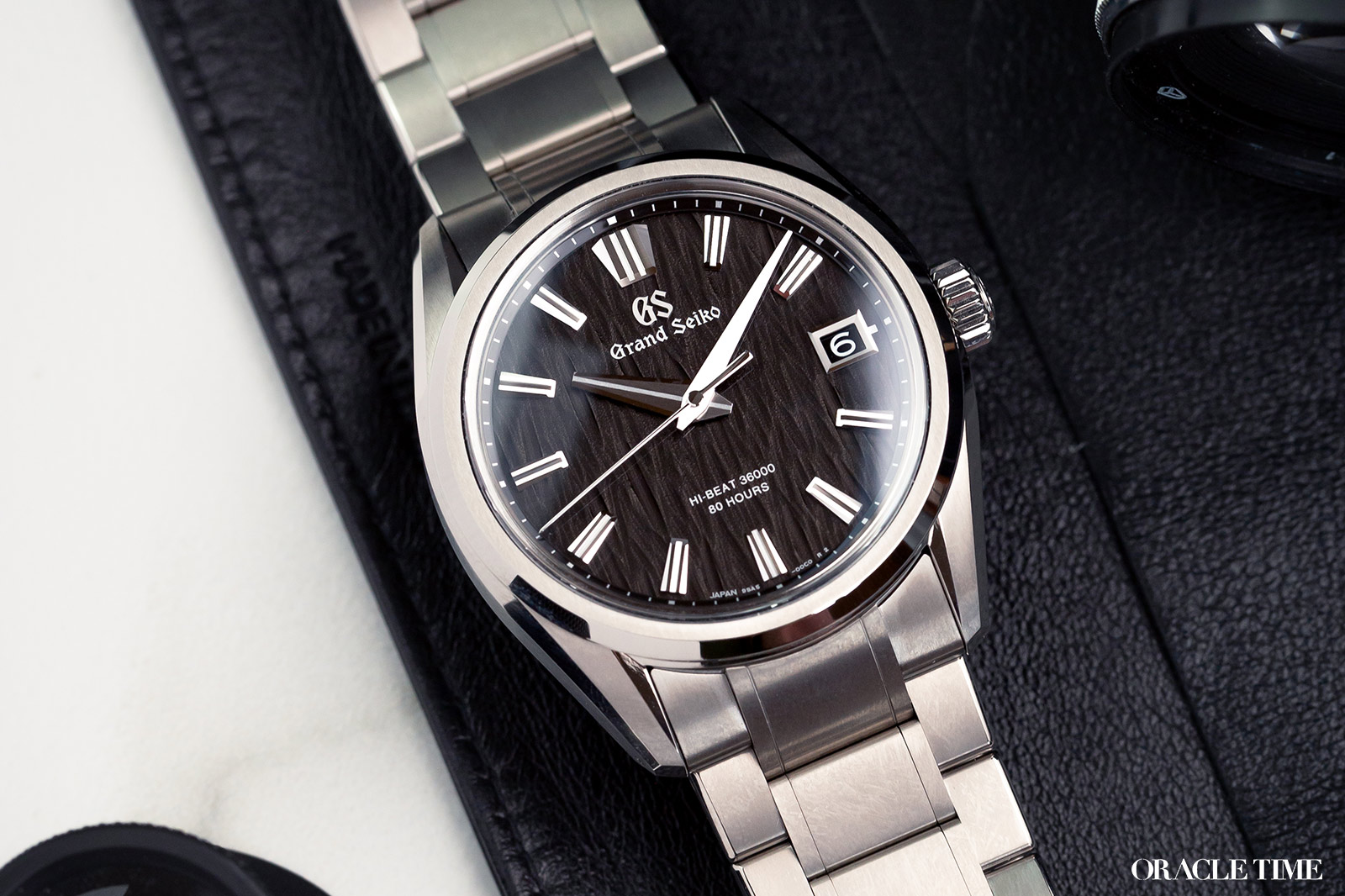 I’m generally getting tired of seeing the same watch with a new dial hailed as a brand-new release. Which is why I wonder what it is about the new Grand Seiko Night Birch that gets me so excited as I look at the prototype in front of me.

Ostensibly the SLGH017 Night Birch is the most basic of re-colours. It’s the White Birch SLGH005 with a black dial, something which should not be particularly exciting because the SLGH005 has already been given a dial update in the form of the Green Birch SLGH011 launched earlier this year. However, there’s more to it than a simple re-colour as the Night Birch also has an upgraded titanium case. Those changes to the case and dial really do make a world of difference to the watch. 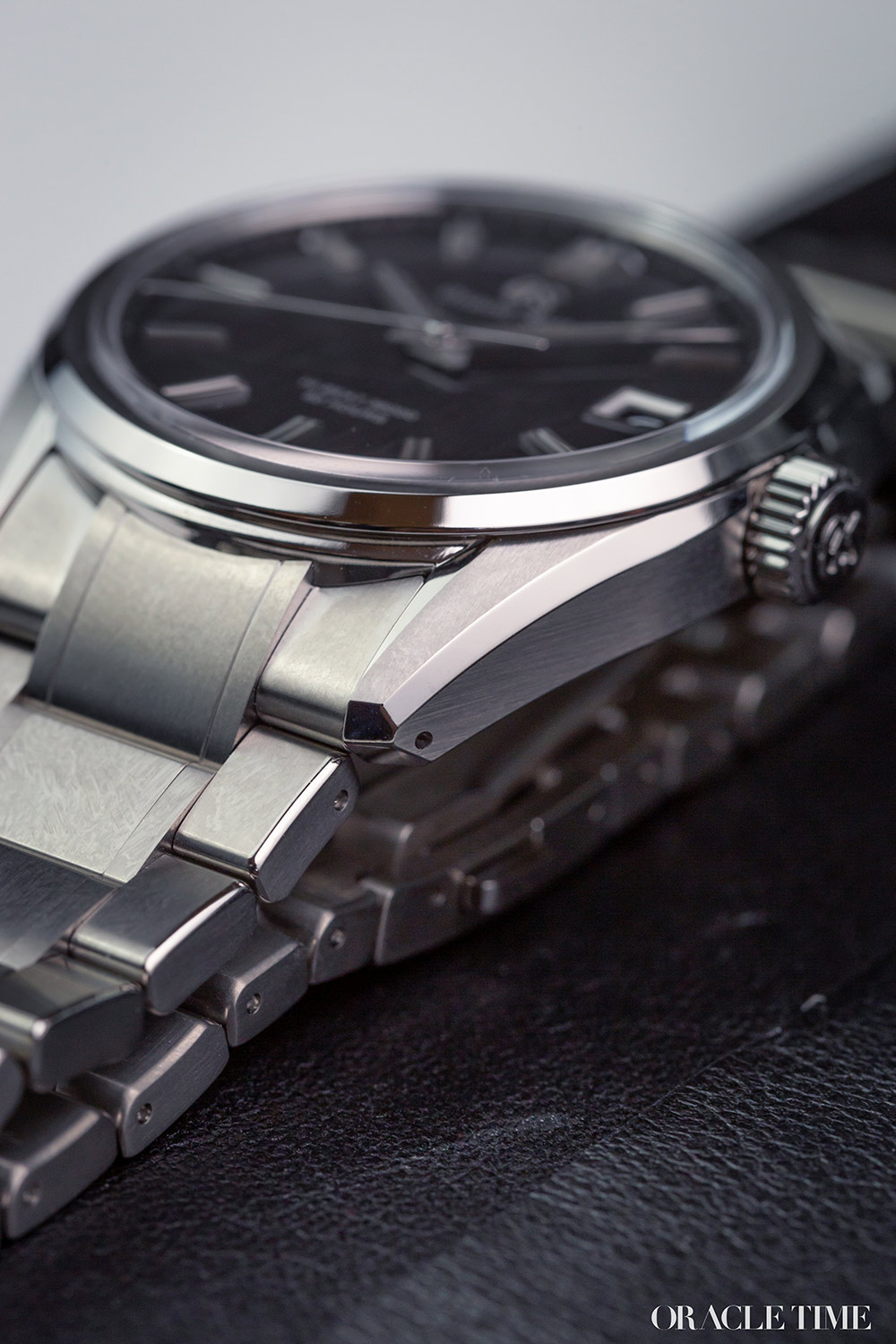 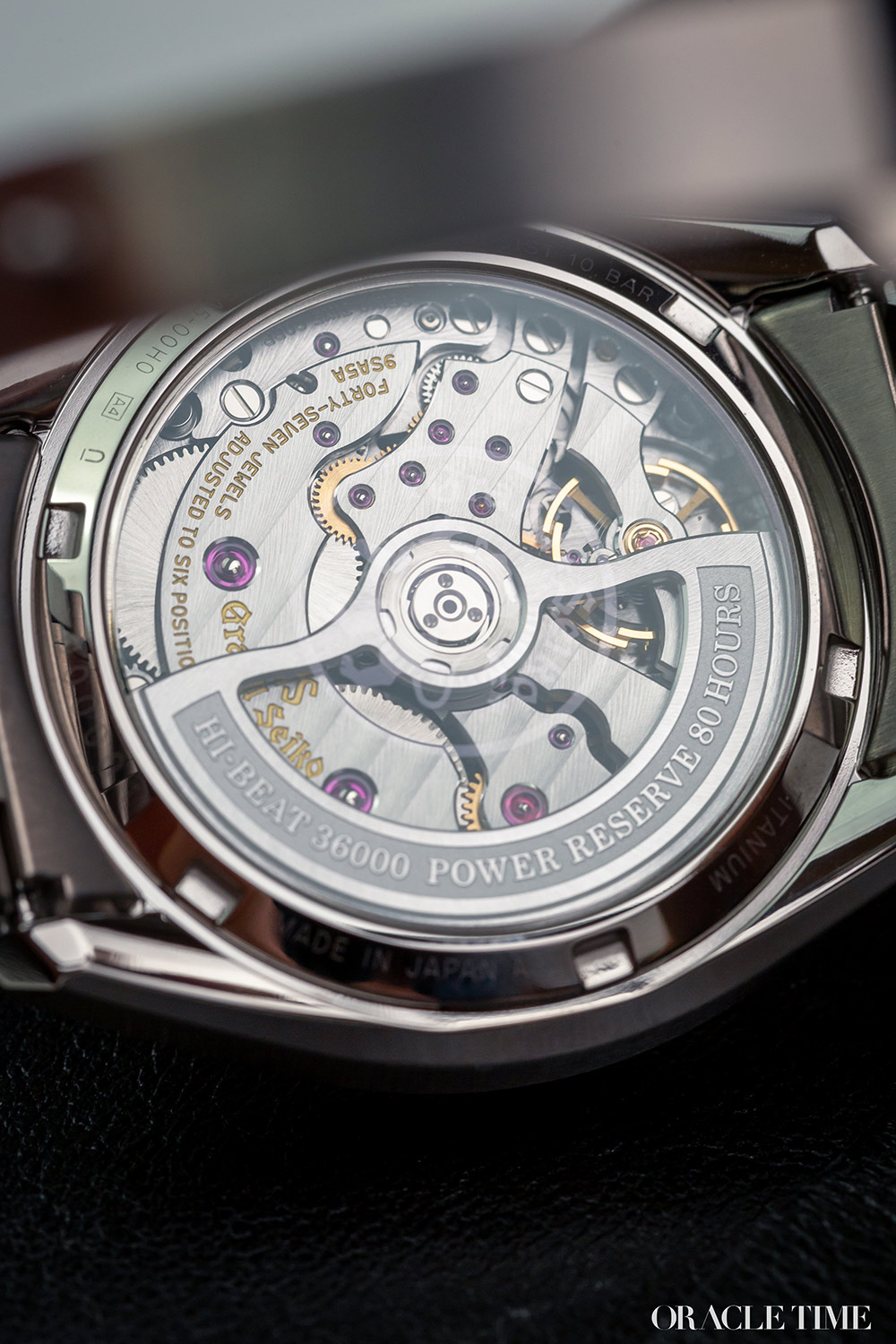 Picking up the (sadly non-working) prototype, it feels lighter than the previous versions because of the titanium case, a material known for its lightweight properties and corrosion resistance. Of course, some collectors don’t like the feeling of lightness titanium gives as it can feel cheap, but for the angular and facetted case of the Evolution 9 collection I think it makes sense. The Grand Seiko SLGH017 is a sporty watch despite the focal point being the decorative dial.

And what a dial it is. To reiterate, it’s just the same birch bark texture that was used on the White Birch and Green Birch models in black. That’s the only physical alteration. But in spite of that, the attitude and character of the watch have totally changed. Perhaps it’s the watch’s name “Night Birch” but to me it feels much eerier, like the disquiet of a Japanese forest at midnight. Admittedly that might be taking poetic licence a bit too far, but genuinely the watch is a lot darker due to the deeper tone of the titanium compared to steel – as titanium is a duller metal – and the black dial itself. 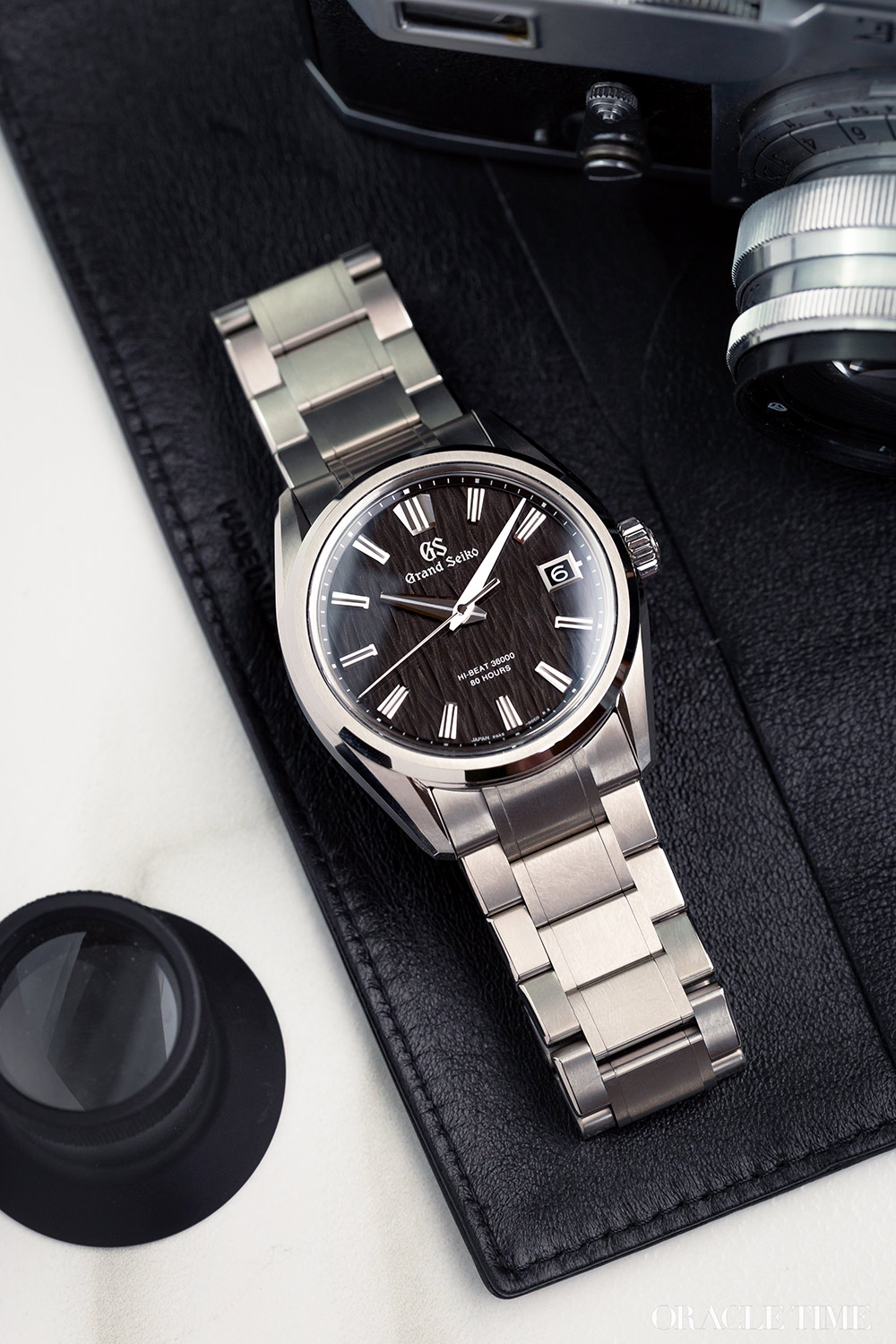 Below the surface of the Night Birch is the same hi-beat calibre that helped the original model to win the Men’s prize at the Grand Prix de Horlogerie d’Genève last year. It’s the 9SA5 automatic movement with a power reserve of 80-hours. This is a GPHG winning calibre so complaining about it would be facetious, but it’s worth noting that there are plenty of people who would prefer it to be equipped with Grand Seiko’s Spring Drive movement, like the SLGA009, instead. Perhaps we’ll see them release a Spring Drive edition in future as they did with the White Birch. 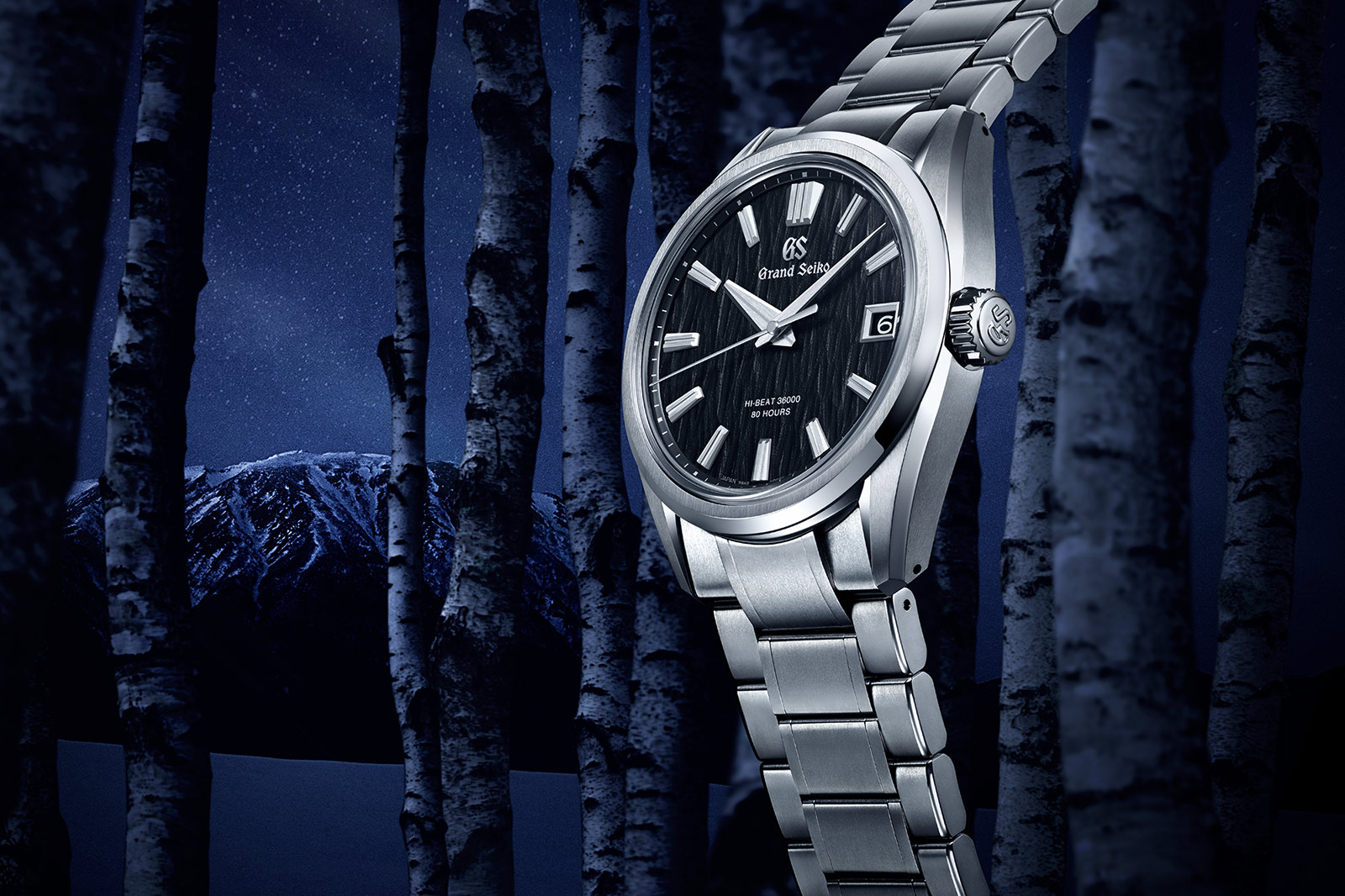 Regarding price, the Night Birch is a touch more than its steel brethren, which makes sense. It’s £9,000 compared to £8,500 for the hi-beat White and Green or £8,100 for the Spring Drive White. That adds another reason we want to see a Spring Drive version, it might be sub 9k. Although it’s still hugely tempting even at the current price.

Affectionately dubbed the “CasiOak” the G-Shock 2100 is back with a sports luxe makeover in full...