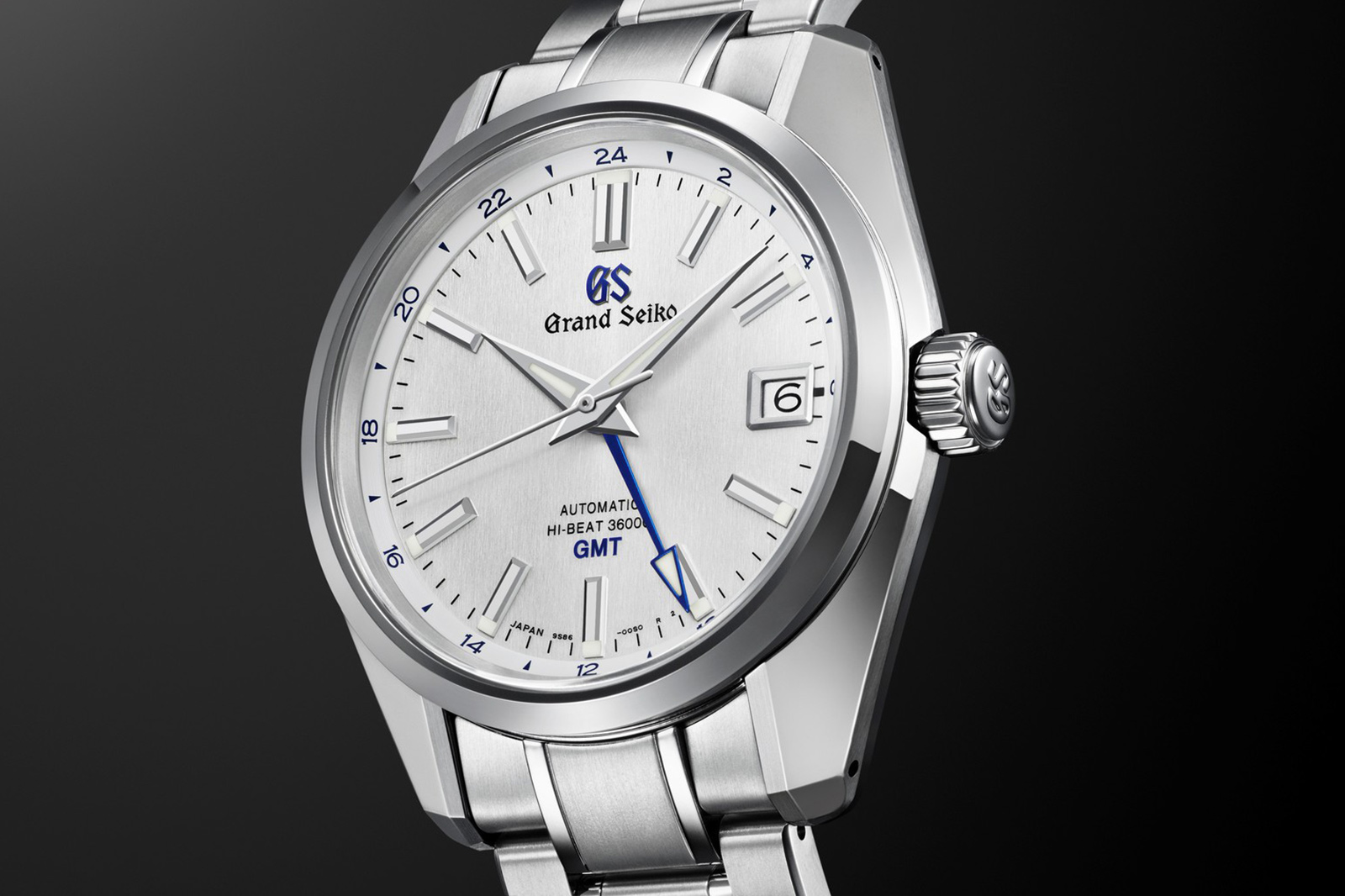 With only one month of 2021 left, you probably thought the trend of Grand Seiko releasing special edition anniversary models was over. However, you’d be wrong because as it happens 2022 is also a significant anniversary for Grand Seiko and they’ve released a new anniversary edition ready for the new year. The catchily named Heritage Hi-Beat GMT SBGJ255 44GS 55th Anniversary Limited Edition. We’ll call it the 44GS Anniversary Edition.

Angular cases, Zaratsu polishing, facetted lugs, sharp edges and, in short, all the elements we think of when Grand Seiko comes to mind were first used on the 44GS. 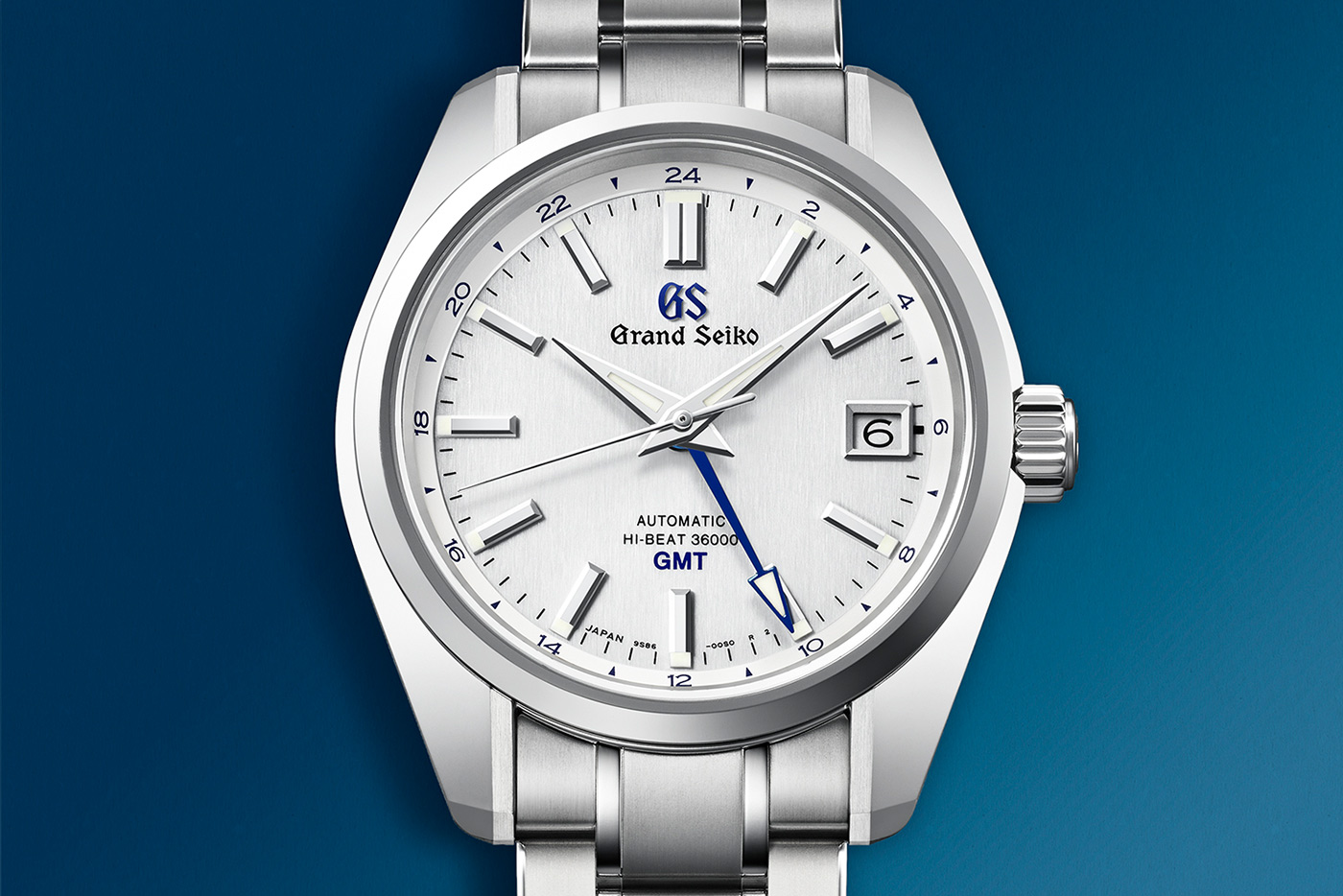 The new Anniversary Edition isn’t the first time that the 44GS has been revived. In 2014 the 44GS Hi-Beat 36,000 GMT won a prize at the GPHG awards (they also won one this year) and it’s actually that watch the new anniversary edition is based off. The Anniversary Edition has a titanium case with a diameter of 40mm and a matching titanium bracelet. Additionally, its dial is now white and the GMT hand is blue, as opposed to the green and beige combo. 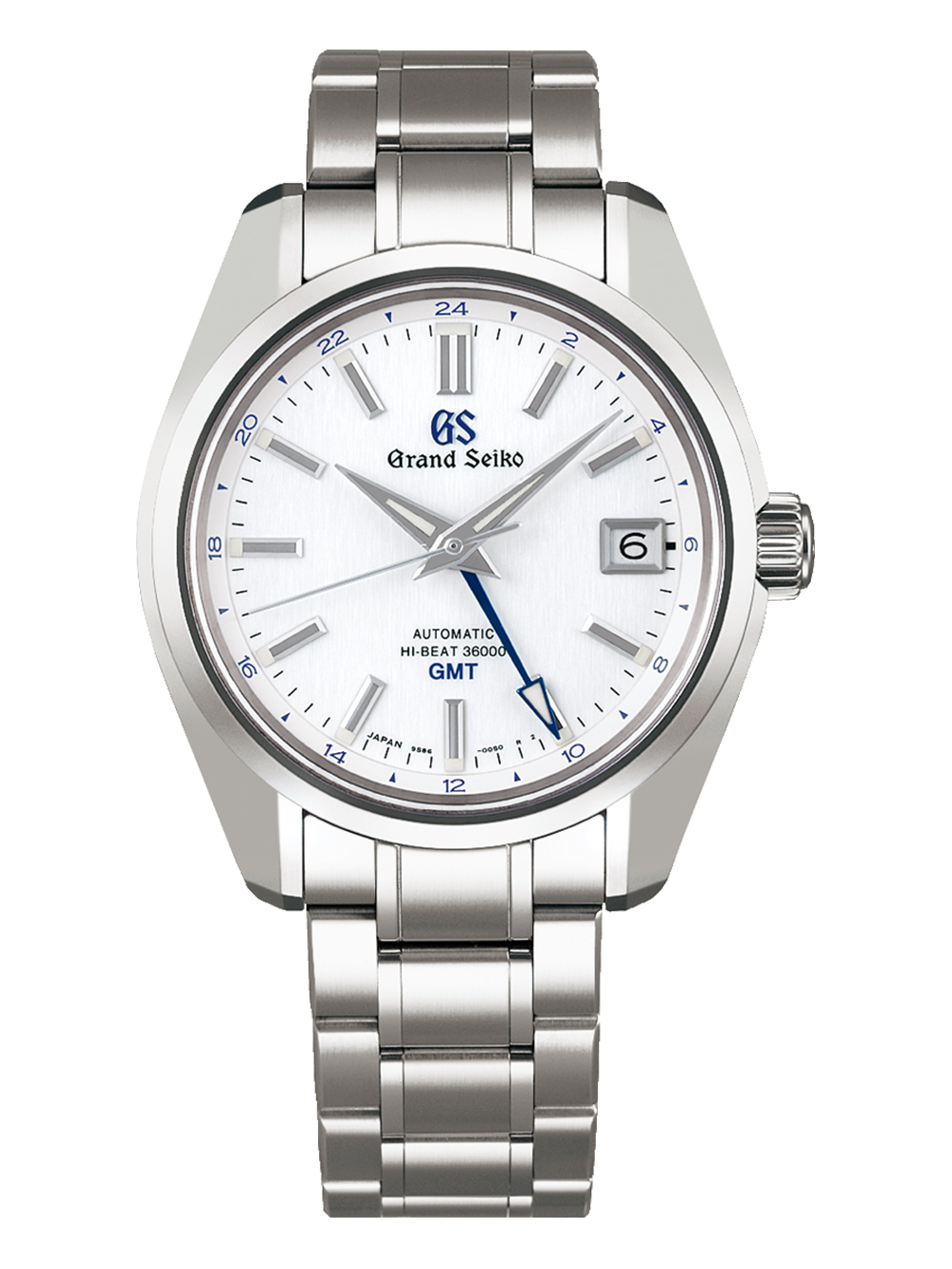 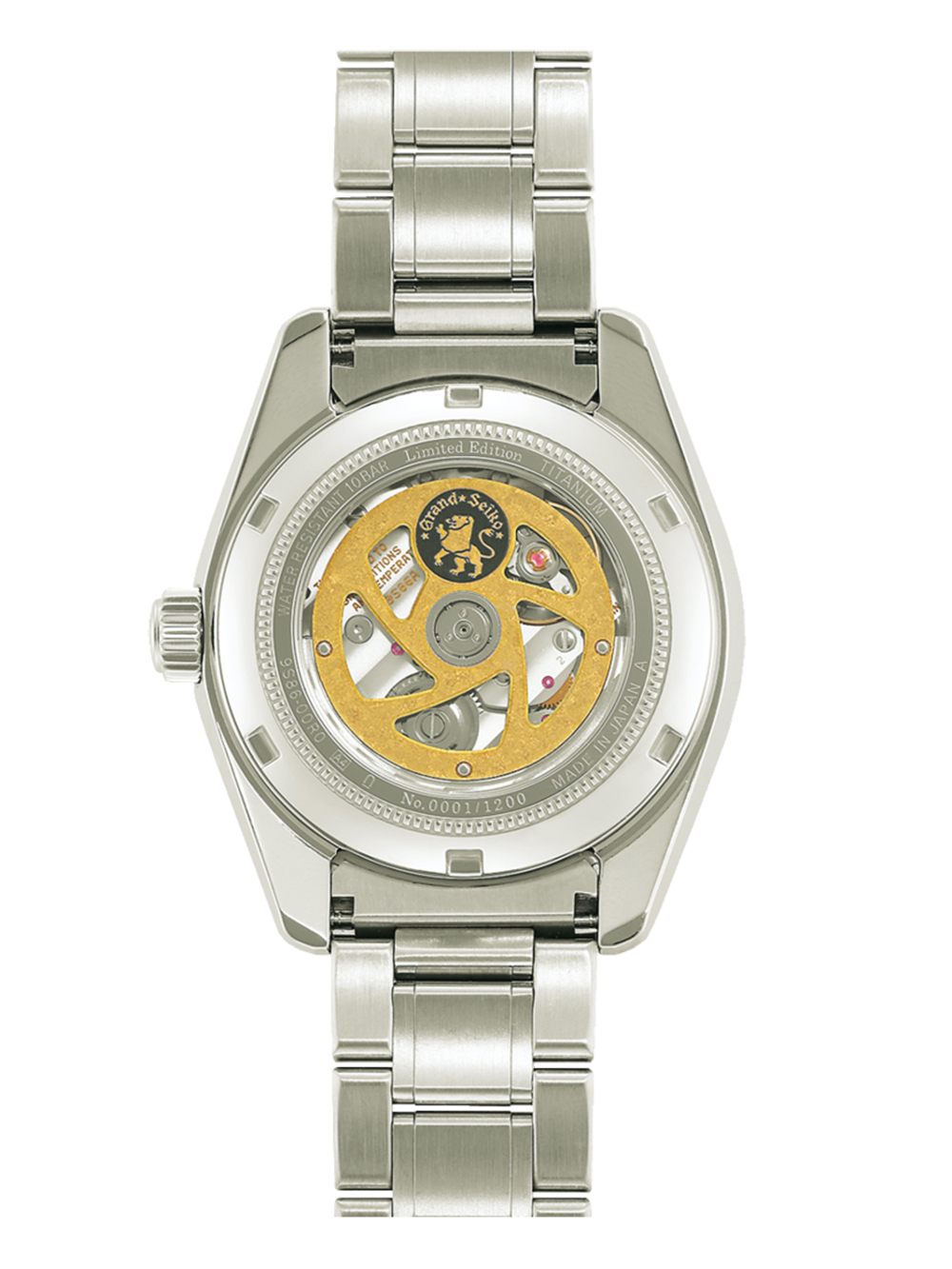 It’s quite striking in its simplicity with sharp bevelled hands and baton hour markers, quintessential Grand Seiko – which is entirely the point. In fact, it’s almost as if the 44GS is the Grand Seiko version of the Rolex Explorer II, both are GMTs, both have white dials and both have rugged grey metallic cases, the GS just turns up the refinement to 11. 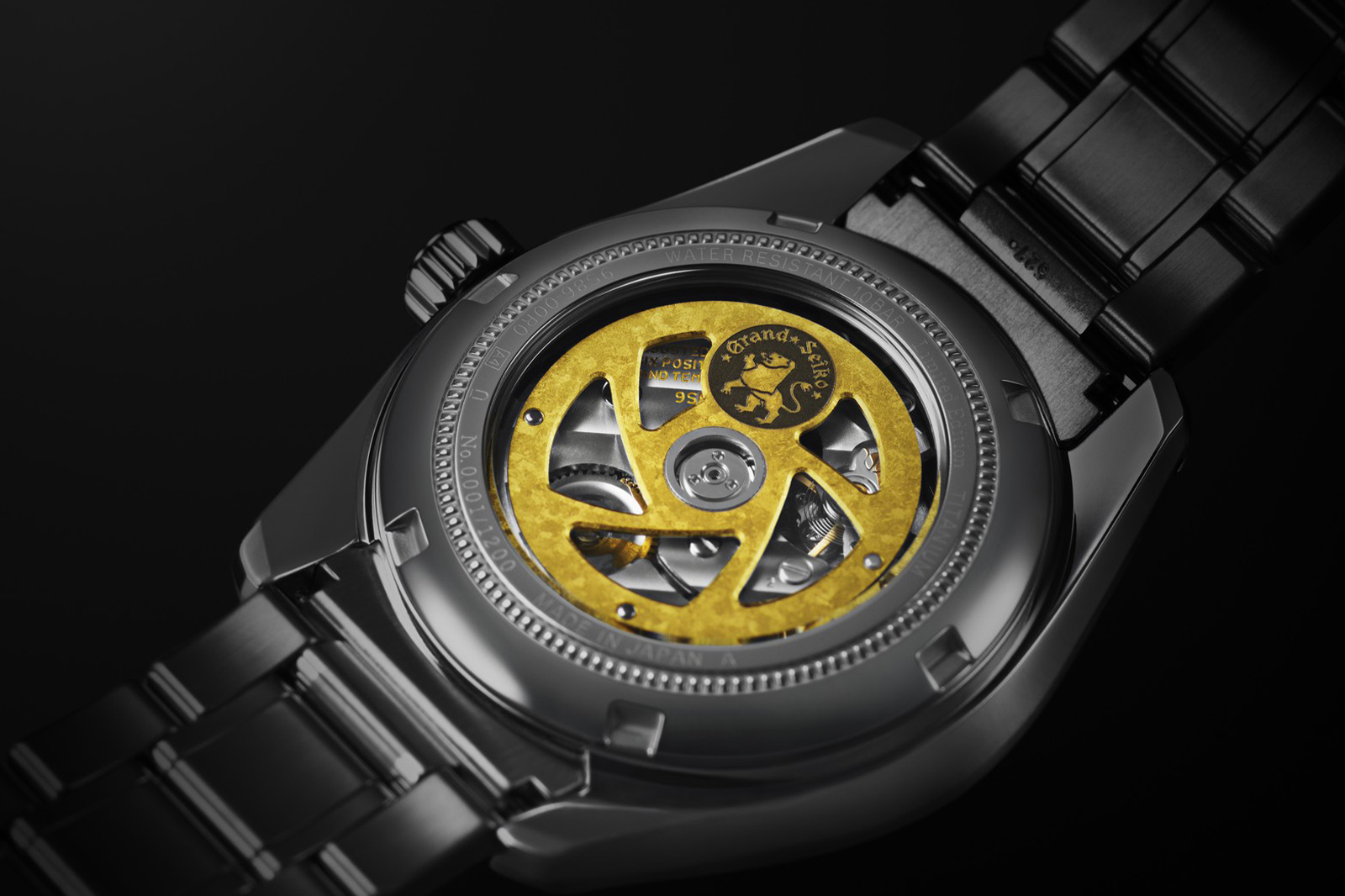 Inside is the calibre 9S86 that was developed for that GPHG winning watch. 8 years later it’s still super impressive with the hi-beat frequency of 36,000 and a 55-hour power reserve. The 55th anniversary edition of the movement has a gold coloured titanium oscillating weight. I like that there’s some flair to the piece that’s only viewable through the caseback while the dial is nice and discrete.