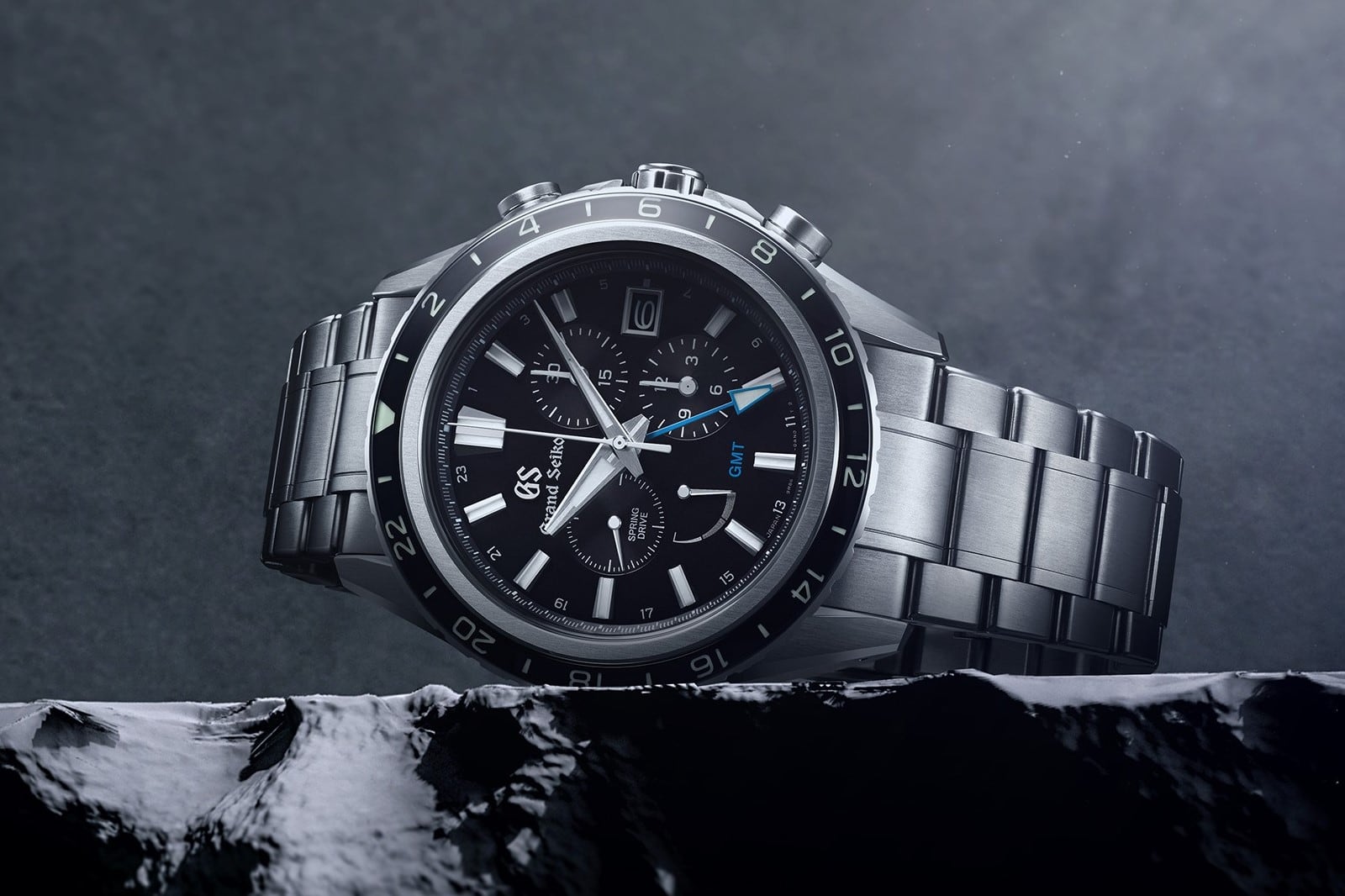 The Evolution 9 collection might be fairly new by Grand Seiko’s standards but their sporty designs and exceptional dials have made them an instant classic. For 2022 Grand Seiko are turning up the sporty element with a duo of new chronographs: a standard spring drive chronograph Evolution 9 version and a limited edition anniversary model with an enhanced movement.

Let’s start with the anniversary model, ref. SBGC249, which is a limited edition of 700 pieces in celebration of the 15th anniversary of the original Grand Seiko Spring Drive Chronograph. The case is based on the sporty, faceted look of the Evolution 9 and has a diameter of 45.3mm in titanium. However, this is the first Evolution 9 to feature pushers, which have been kept relatively small and unobtrusive on either side of an equally diminutive crown. 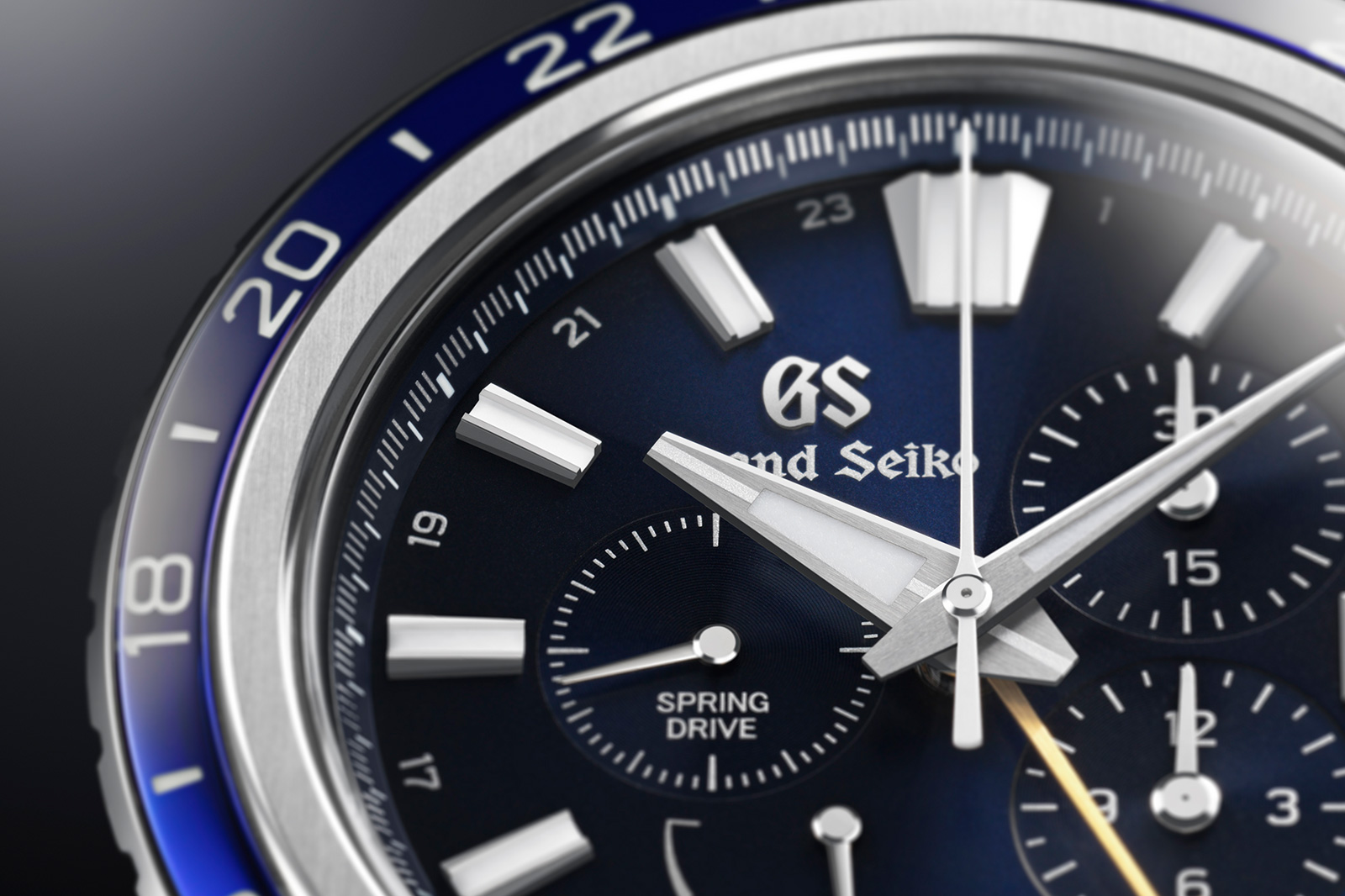 Those pushers operate the chronograph function, made up of a central chronograph seconds hand plus 30-minute and 12-hour counters at 2 and 5 o’clock respectively. Those counters are joined on the face of the Spring Drive Chronograph by a small seconds subdial at 9, a power reserve indicator at 7 and a date window at 3. Plus, the blue rotating bezel has a 24-hour scale that combines with a central GMT hand to show additional time zones. Incidentally, Grand Seiko also announced some dedicated GMT watches alongside these chronos, so if you prefer something a little less sporty, check those out. 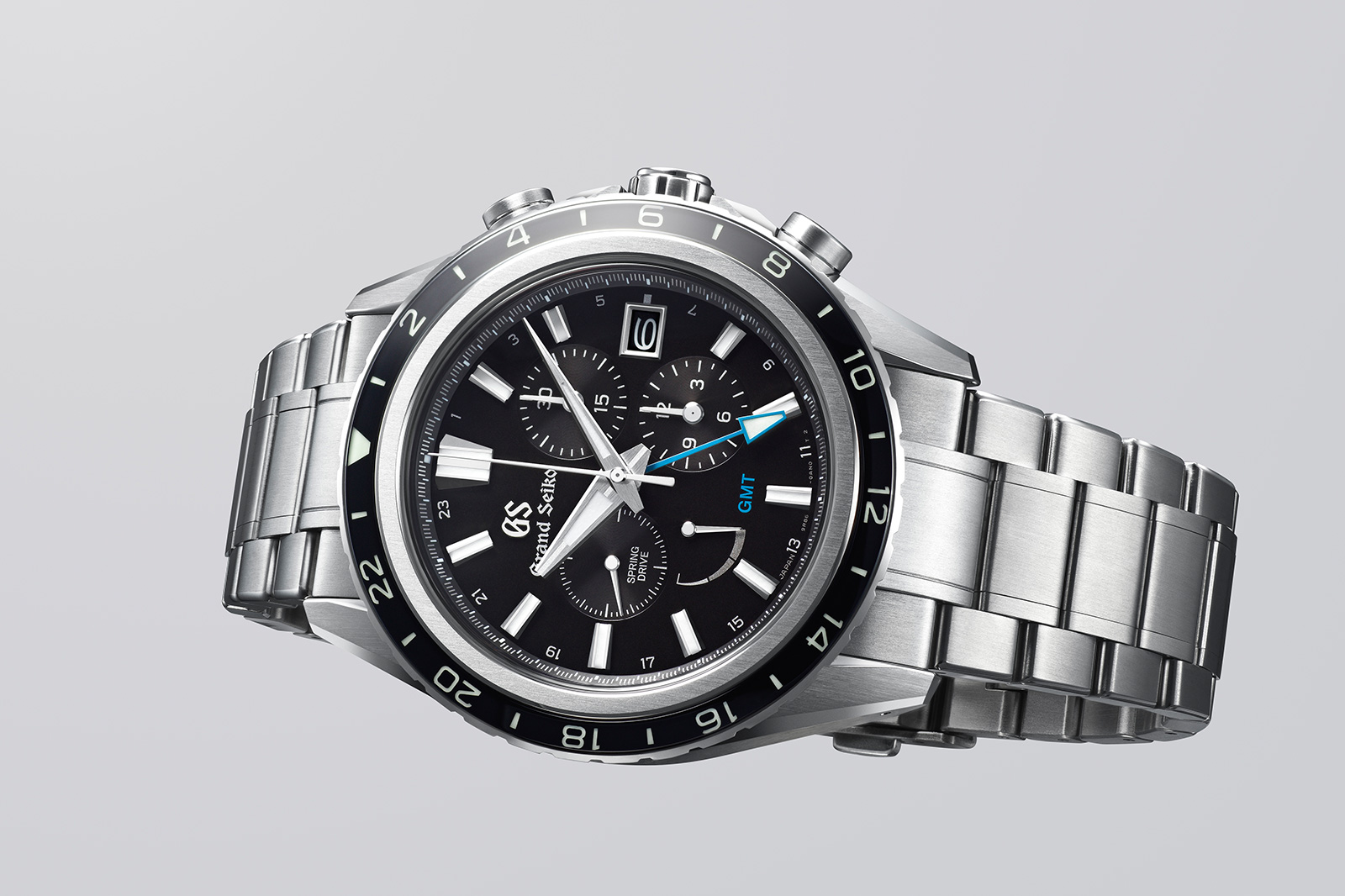 Taking into account the hour and minute hands as well, that’s eight separate hands crowded onto the display. In theory, that’s a nightmare for legibility but they’ve been spaced in such a way to avoid interfering or overlapping with each other. Plus, the simple sunray finishing of the blue dial’s base provides a gorgeous background that isn’t distracting.

All of the above is also true of the standard version of the Spring Drive Chronograph Evolution 9 except that it has a black dial and bezel. Aesthetically, they’re pretty similar. Where the two watches crucially differ is the movement. The standard edition houses the 9R86, an automatic GMT Chronograph that’s been around since 2007. Whereas the Anniversary edition houses the 9R96 instead, an altogether rarer movement that’s only been used in two limited edition watches previously. 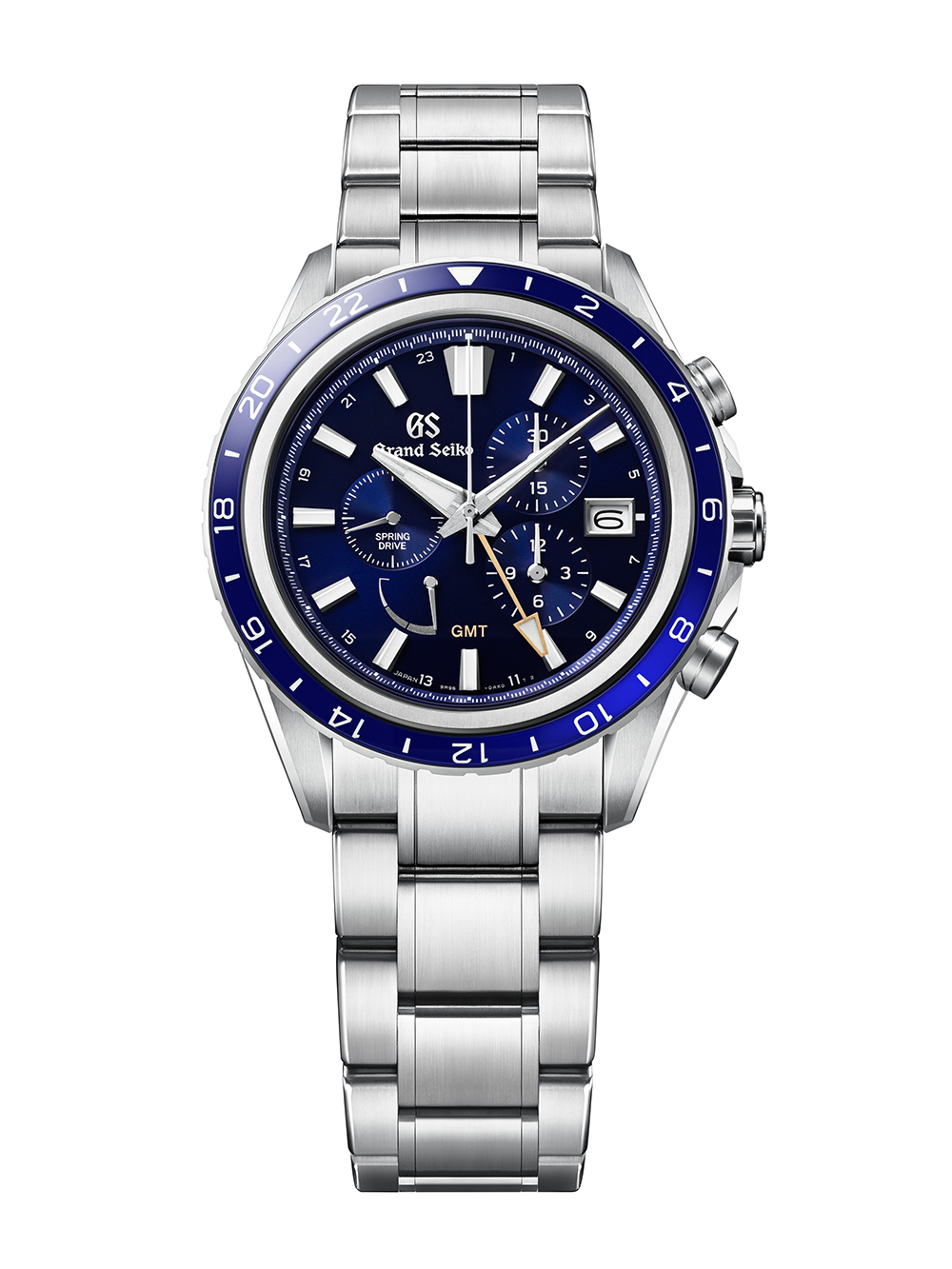 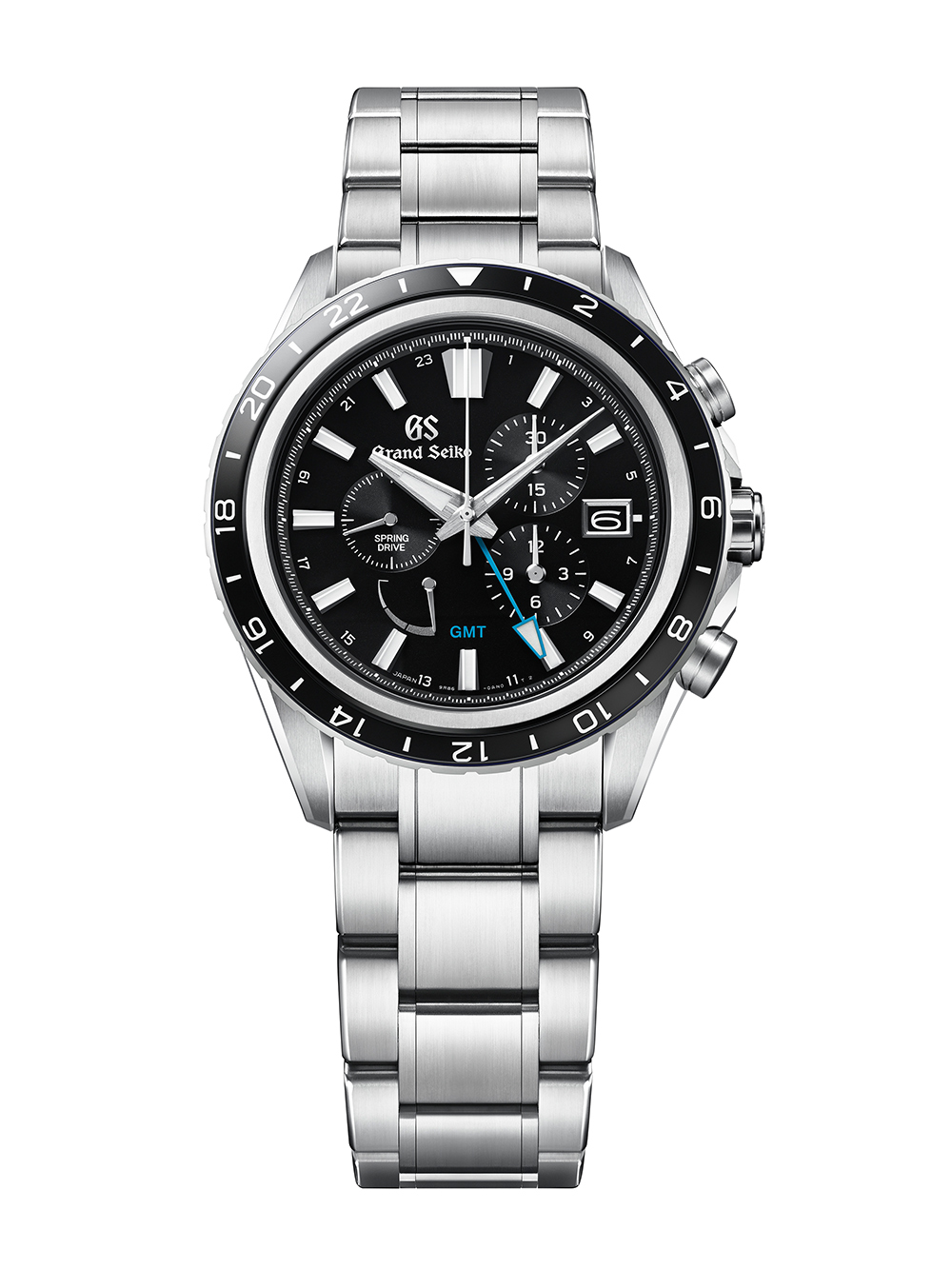 Both movements feature the same functions and have power reserves of 72-hours. However, the 9R86 has an accuracy of +/-1 second per day while the 9R96’s accuracy is +/-0.5 seconds per day. That means on average the Anniversary edition is an entire five seconds more accurate per month. It might seem like a small margin but at this scale of horology, every millisecond matters, especially for a measurement device like a chronograph. 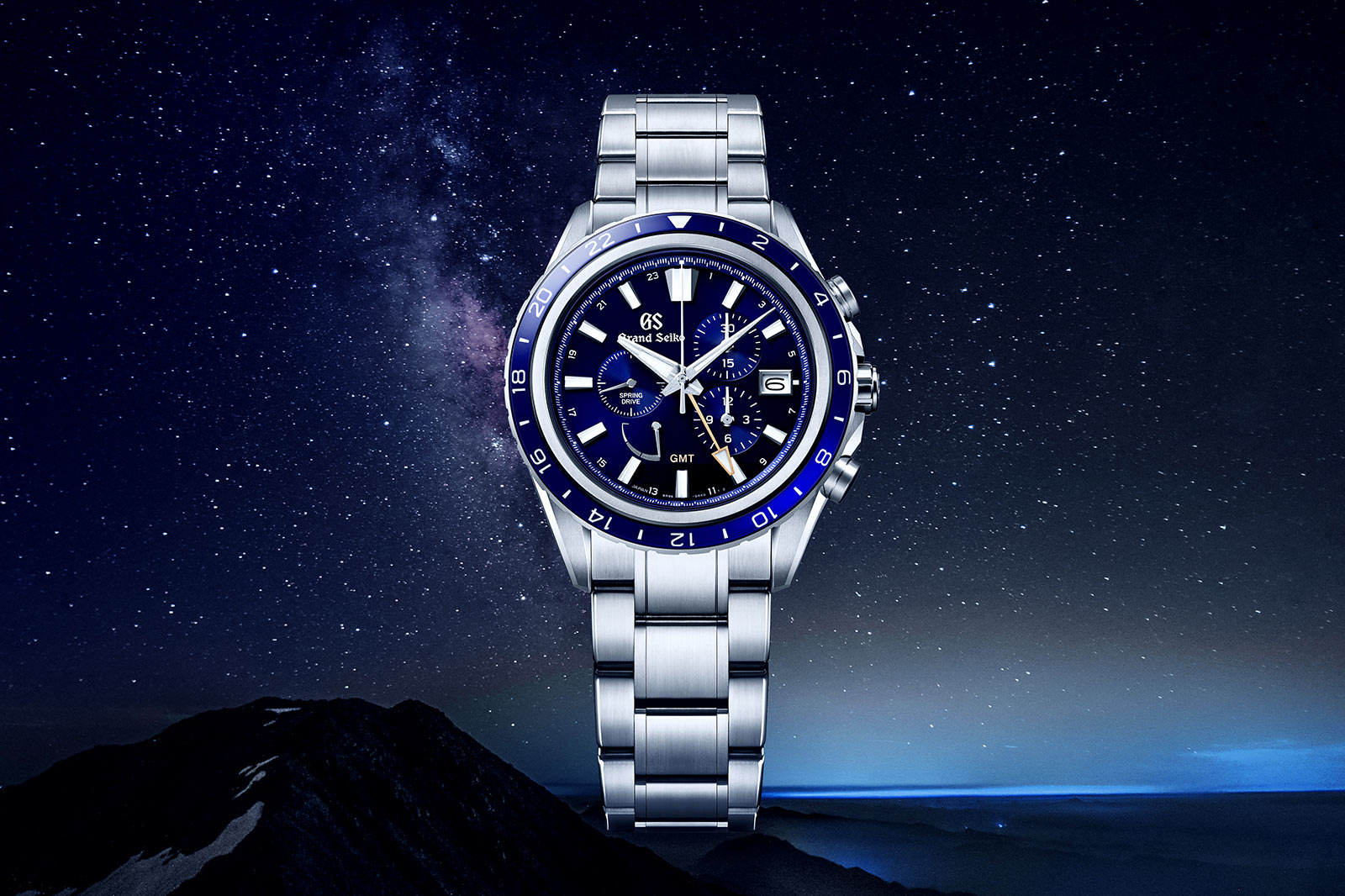 With the superior movement and limited edition status the Anniversary version of the Spring Drive Chronograph Evolution 9 has a slightly higher price of £10,500 compared to the standard’s £9,850. The similarity in price reflects that there’s only a few minor differences between the two and seems appropriate – though for just £650 more I know which I’d go for.