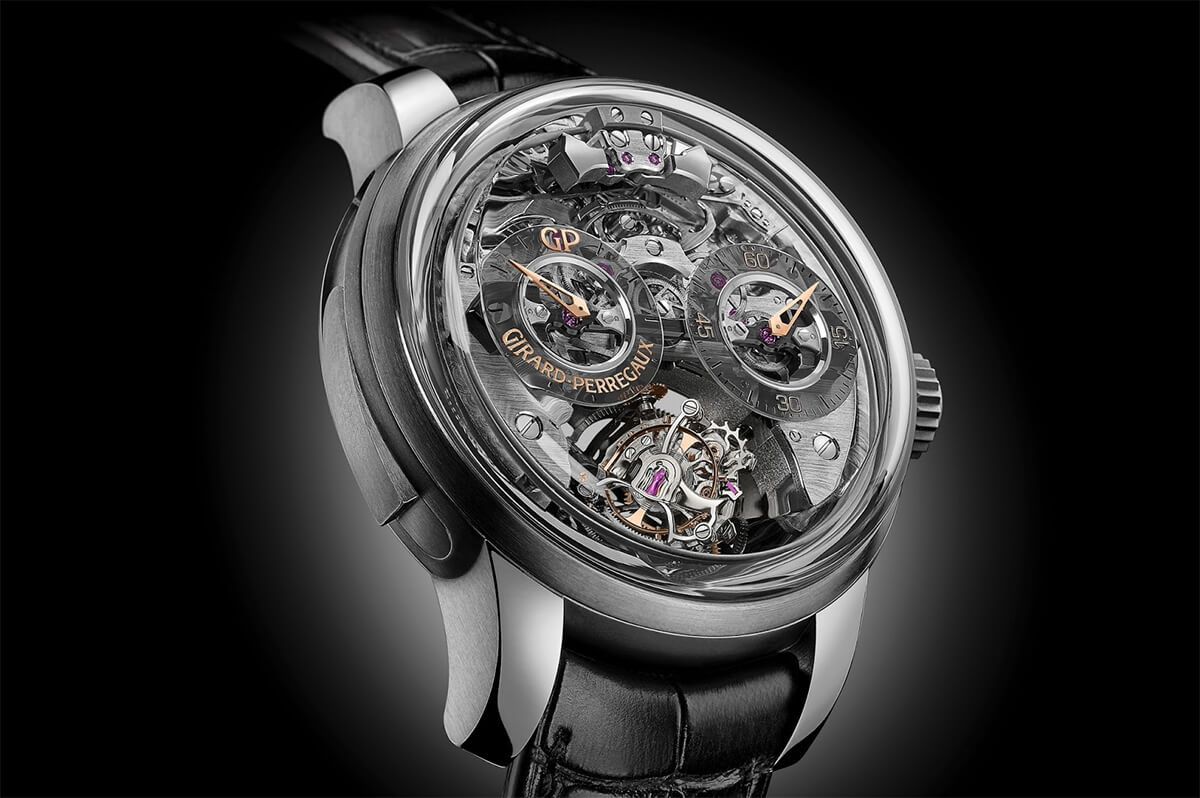 A huge case, two of watchmaker’s most extreme complications and the kind of architecture to put Arnold & Son to shame, Girard-Perregaux’s new Minute Repeater Tri-Axial Tourbillon is almost too much watch to handle.

It’s one of the most complicated pieces the watchmaker has ever released, but that shouldn’t come as too much of a surprise. Just look at the thing. There was a time when the basest tourbillon combined with a minute repeater would have been heralded as a horological breakthrough; this new piece puts that to shame. 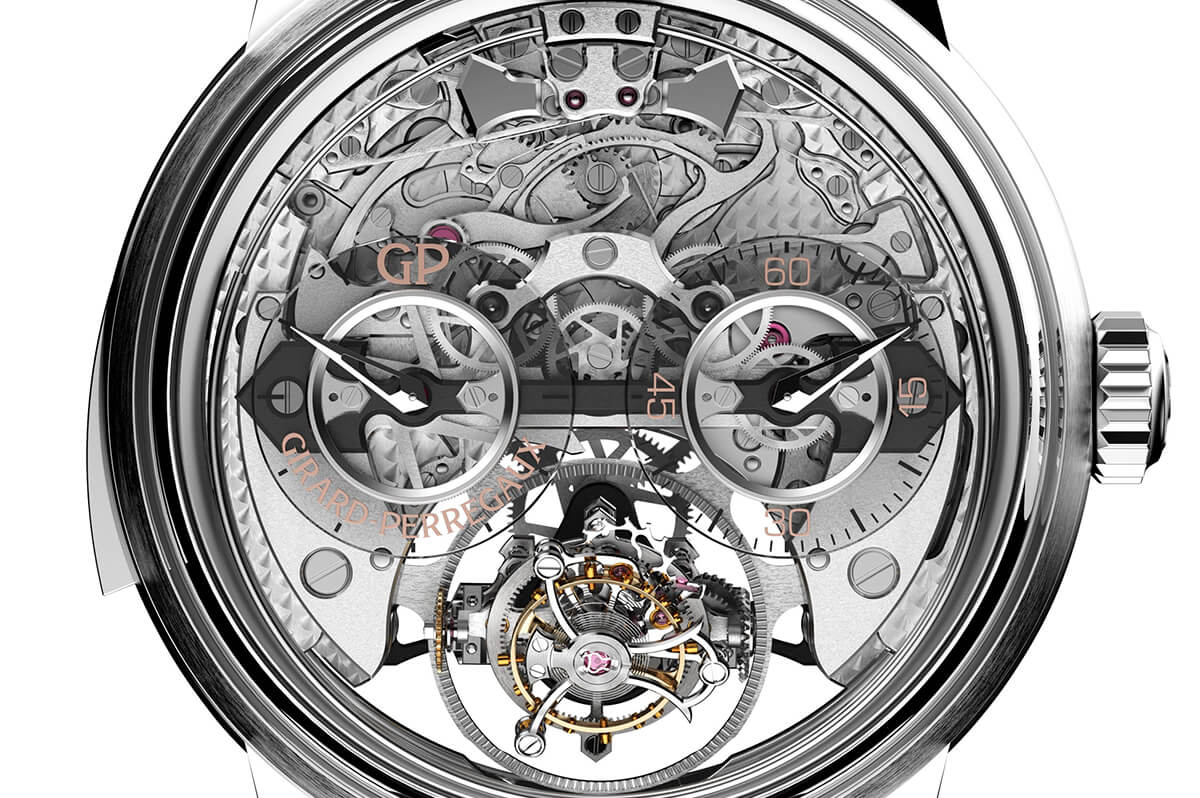 We caught a glimpse of this at SIHH and now that it’s available we’re no less impressed. For one, the tourbillon isn’t just the usual rotating cage. Instead it rotates across three axes. The thinking is that this limits to effects of gravity on the movement even more; in practical terms it means the tourbillon actually works. 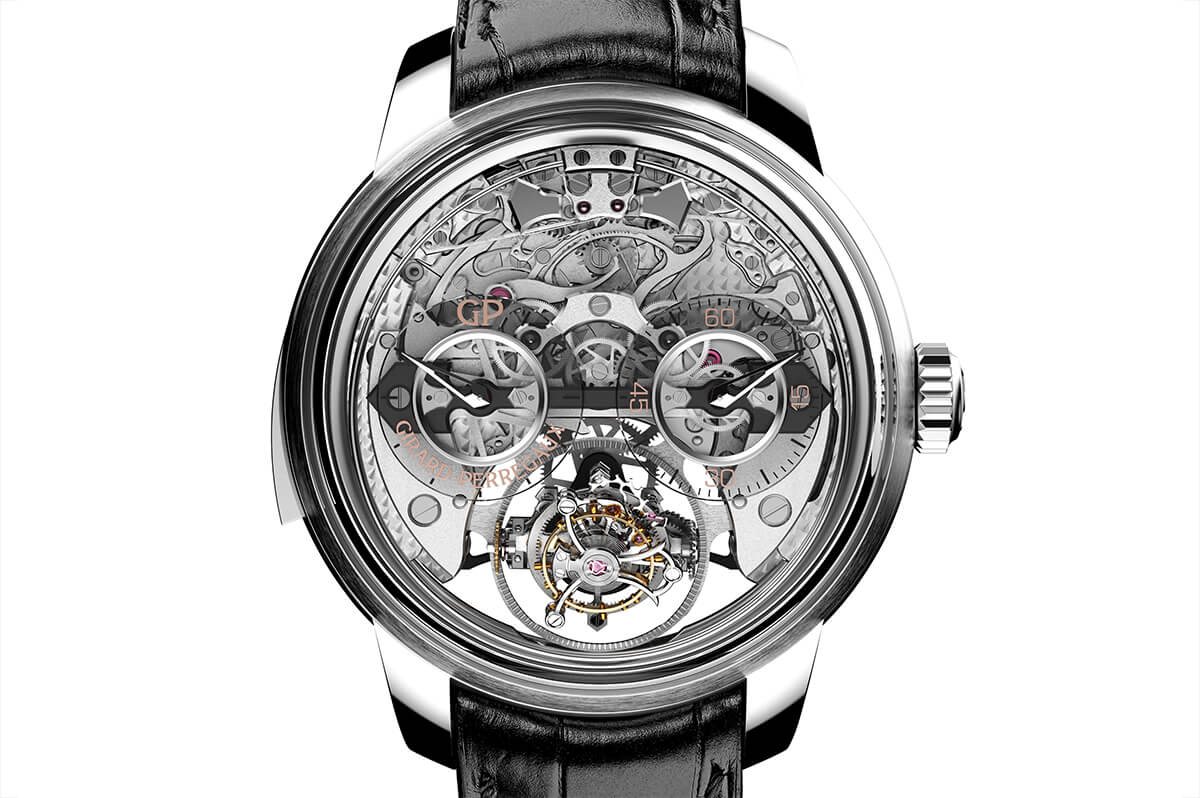 Then there’s the minute repeater. There’s been a glut of the things recently – ultra-thins from Bulgari, Cathedrals from Hublot and Japanese wind chimes from Credor. Here the chime itself is titanium, giving it a louder, clearer ring than steel and thanks to the architecture of the movement can be heard perfectly.

At 48mm of high grade titanium, this isn’t a small watch, nor would we expect it to be. There’s a lot that needs to be fit inside. The subdials are made from rings of sapphire so that even the indexes don’t get in the way of the movement. It seems that Girard-Perregaux are proud of their creation which is understandable. They very much should be. An extraordinary unique piece from the self-professed tourbillon maestros.

A Star Wars inspired timepiece with the power to vaporise a small planet, probably. A new lightweight look for a horological heavyweight.