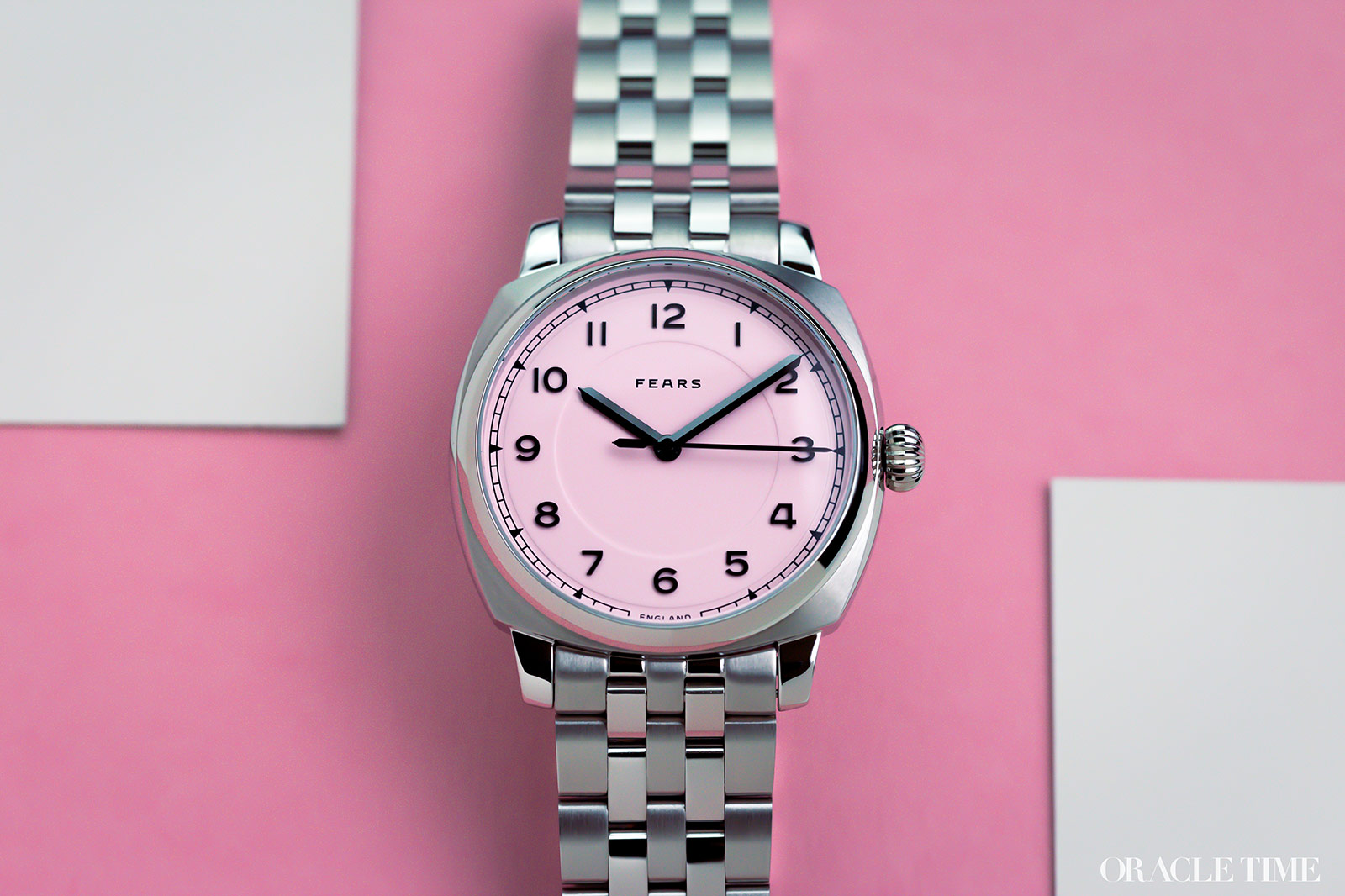 Despite being one of the most prominent British watchmakers around right now, Fears hasn’t exactly broken the mould over the last few years. They’ve reimagined the Brunswick more times that I can count at this point – and by reimagine, I mean throw on a new dial or metal. That’s not a bad thing of course; that particular Bristolian blueprint is a modern classic, but it’s about time we saw something new to take Fears out of their 1930s safe space. The Brunswick 40 is that new thing. Sort of.

As the name suggests, the Brunswick 40 is an upsized version of the classic cushion cased timepiece – a whole 2mm larger, in fact. That doesn’t sound like much on paper, but the smaller the watch the bigger an impact a single millimetre makes and the change, at least on the wrist, a noticeable one. It’s not just a touch bigger either; a few tweaks to the overall proportions make it a fair bit sportier than its elegant predecessor. 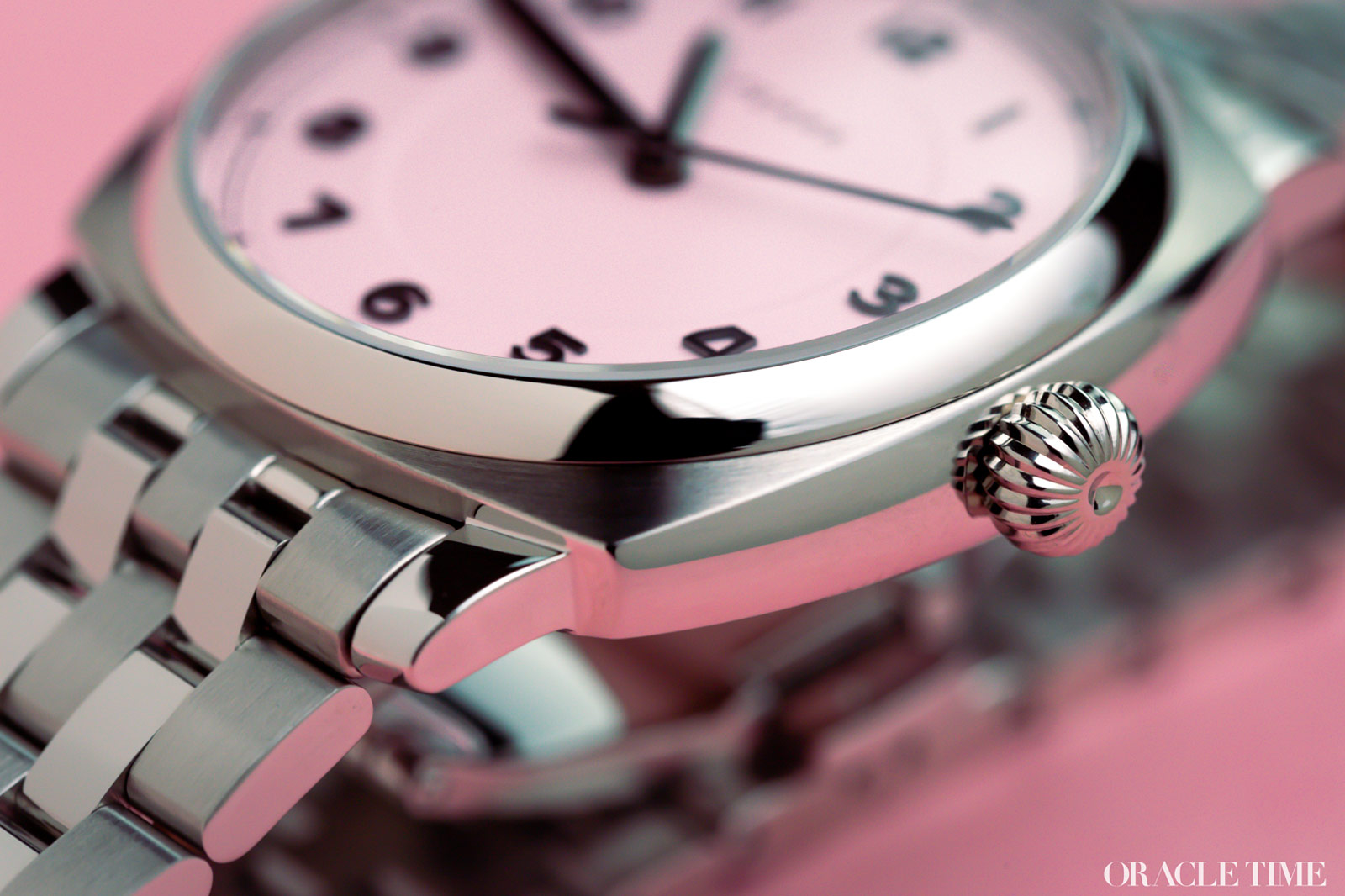 ‘A fair bit’ doesn’t mean it’s actually sporty of course. The Brunswick 40 still isn’t an everyday beater as much as a slightly less dressy take on the formula, more 70s sports luxe than 30s dress. In fact, while I wouldn’t call this Fears’ answer to the Royal Oak or anything as gauche as that, the new watches do have that same work-and-play vibe.

Aesthetically, that’s hammered home by the mix of brushed and polished surfaces, the different finishes subtly emphasising the new proportions. Practically, it’s because it now has a 100m water resistance. I’m not sure why any modern watch has less these days, so it’s reassuring that the Brunswick can take a few splashes (dare I say, a shower?) now. 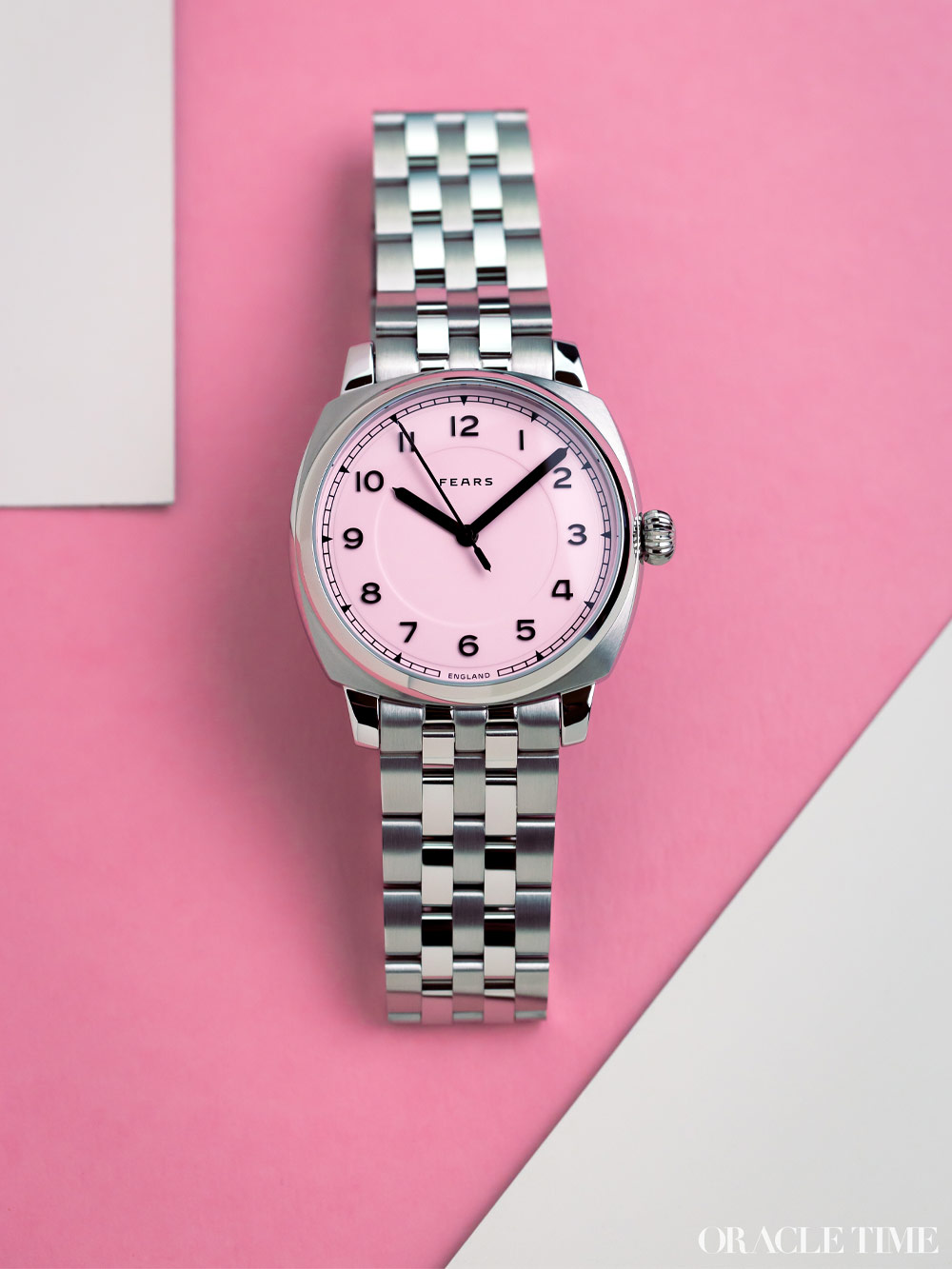 Now let’s talk about that dial. The Brunswick 40 comes in three variations, the first two of which are pretty familiar: opaline silver with black numerals and subtly guilloche Fears blue with silver. They’re par for the course, other than the pipette hands that were previously on the full platinum model. The Flamingo Pink on the other hand… that’s new. And awesome.

It’s what I like to think of as office shirt pink, a bit more formal than floral, dusky pink a la Oris or something a bit brighter and more punk. It works perfectly on the Brunswick and, while it’s not quite as fun as some of the Recliffes of yore (i.e. bumblebee yellow and black) it’s certainly new territory for the model. At least, outside of the bright purple limited edition. 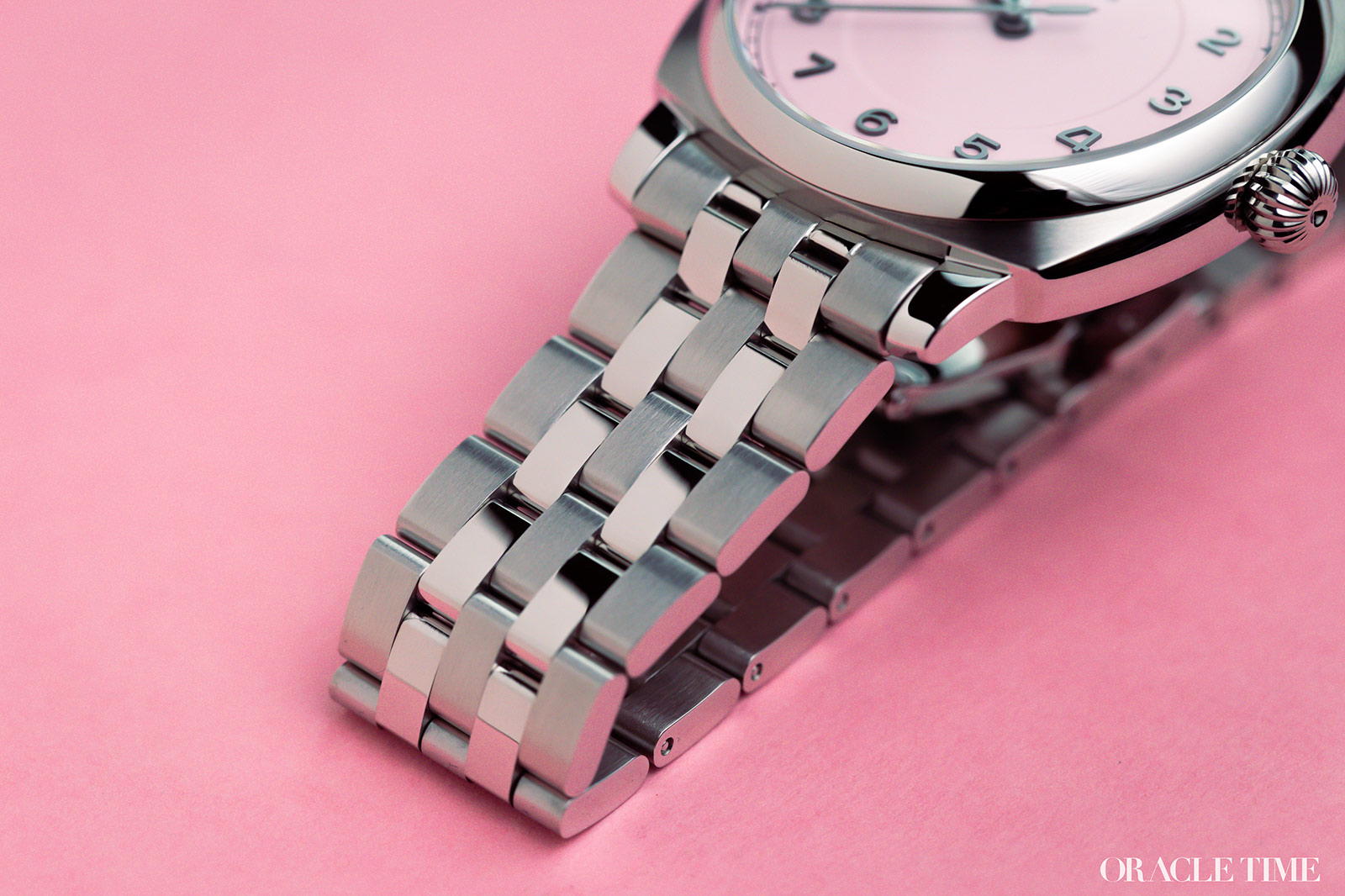 Perhaps most importantly for the Brunswick as a collection though – even more than the new size and trio of dials – is the bracelet. These are the first of Fears’ flagship to come on a bracelet which, in typical fashion for the brand, is bespoke. Because the exhausting attention to detail across watch, branding and even packaging just isn’t enough.

The five-link stainless steel number is almost, if not fully, integrated, again harking back to that 70s vibe. In line with the case, the links are alternately brushed and polished, and slightly curved to help sit better against the wrist. Obviously by this point, it also has a custom clasp complete with ‘Bristol Flower’. 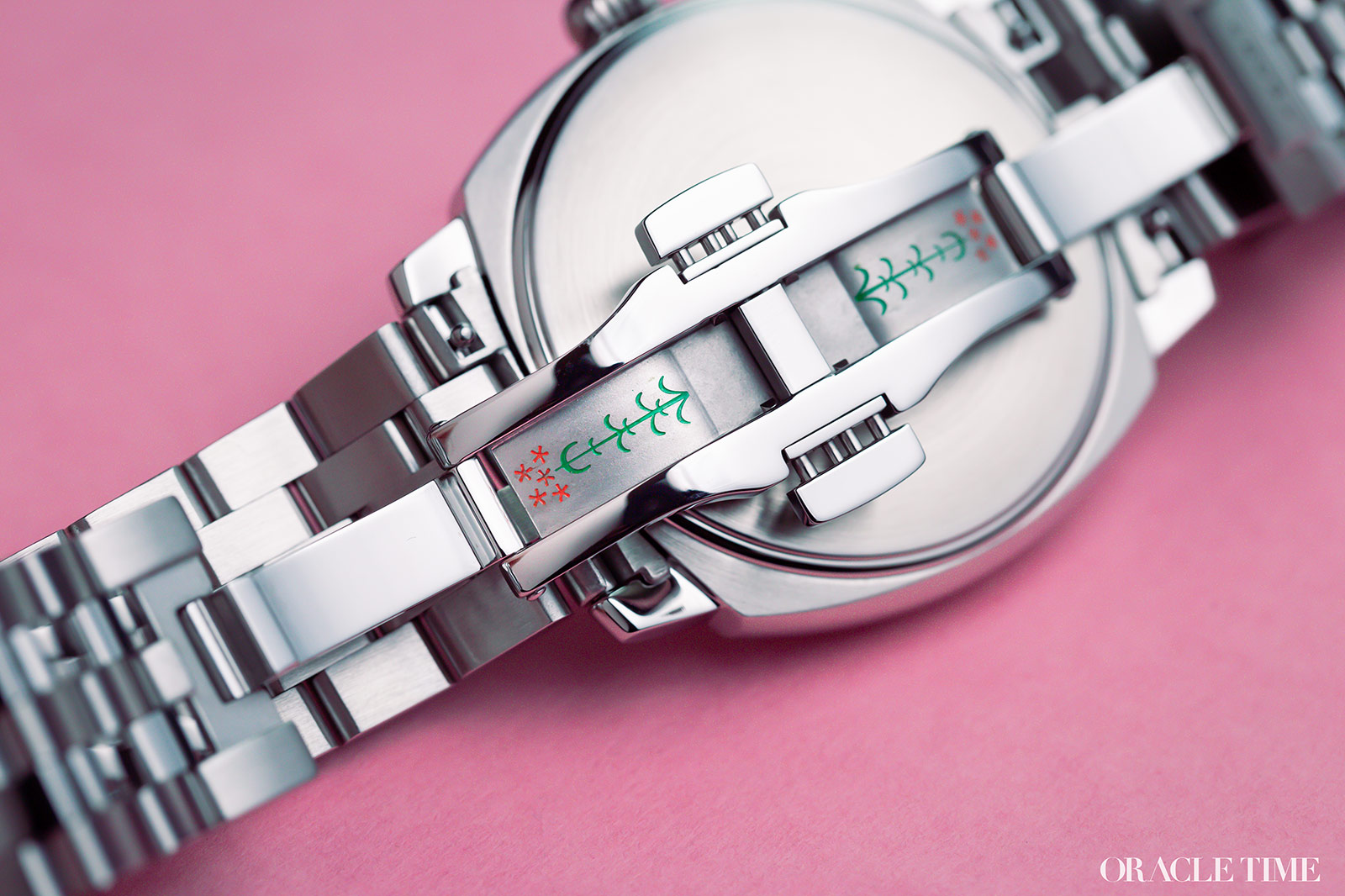 It’s a damn lovely bracelet, but I’m still in two minds as to whether it works for the Brunswick. Granted I’m a little biased as I always prefer a strap, but the distinctly modern sports luxe metal feels a touch at odds with the overtly vintage oversized crown. Some collectors will love that contrast; I’m not sold on it. Although it has to be said, it’s an incredibly comfortable bracelet, which for a sportier take on the Brunswick is hard to knock. And hey, if you did it would survive better than the usual delicate leather. 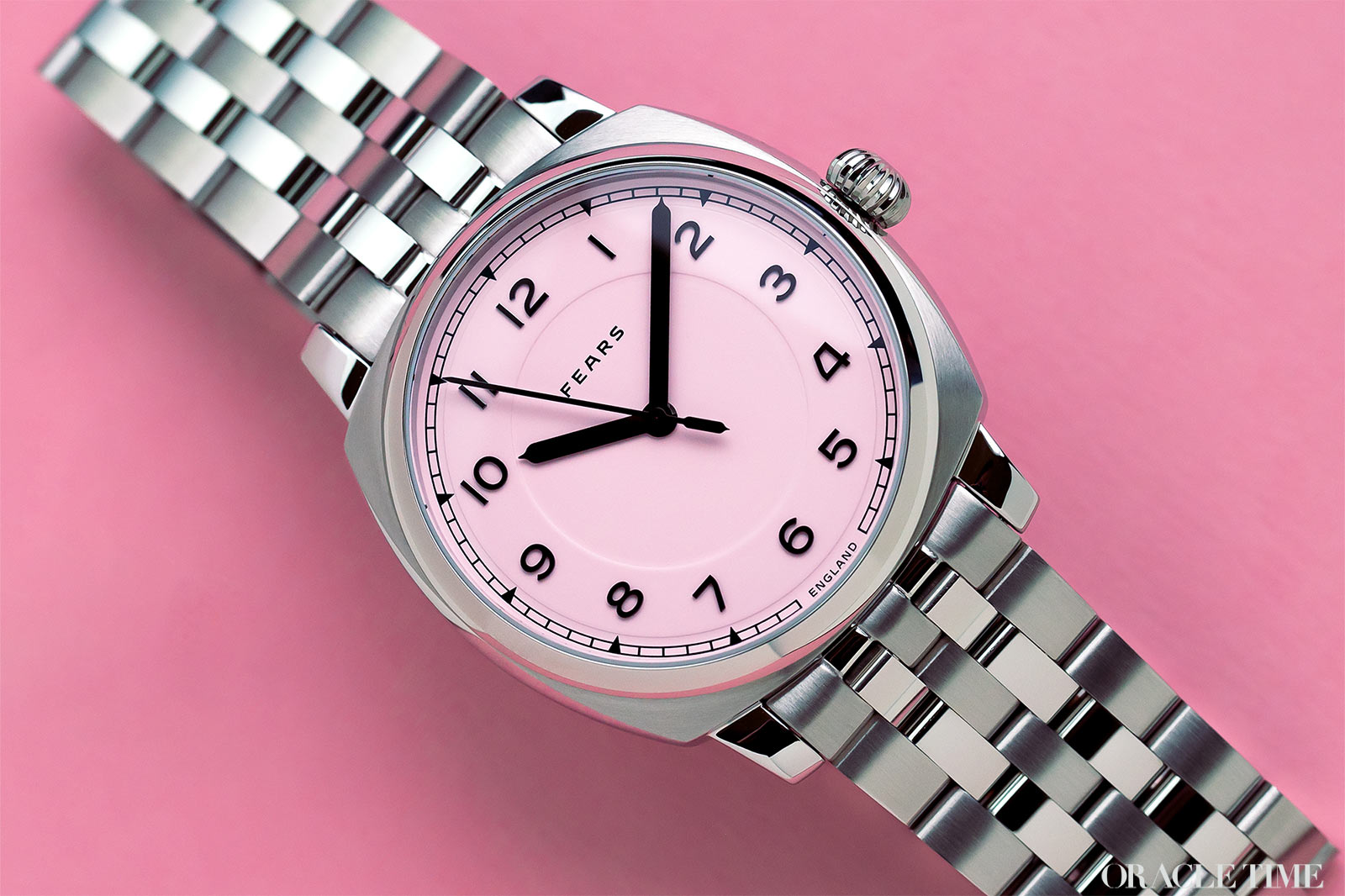 The Brunswick 40 isn’t going to set the world alight, but it doesn’t need to. All it needs to do is breathe new life into what’s become one of the signature collections in British watchmaking, and that it does with aplomb. Would I personally buy it instead of the classic Brunswick? That’s a hesitant yet from me – but only in the pink. I really, really like the pink. Now to harass Fears to release it in yellow and black. Wish me luck.