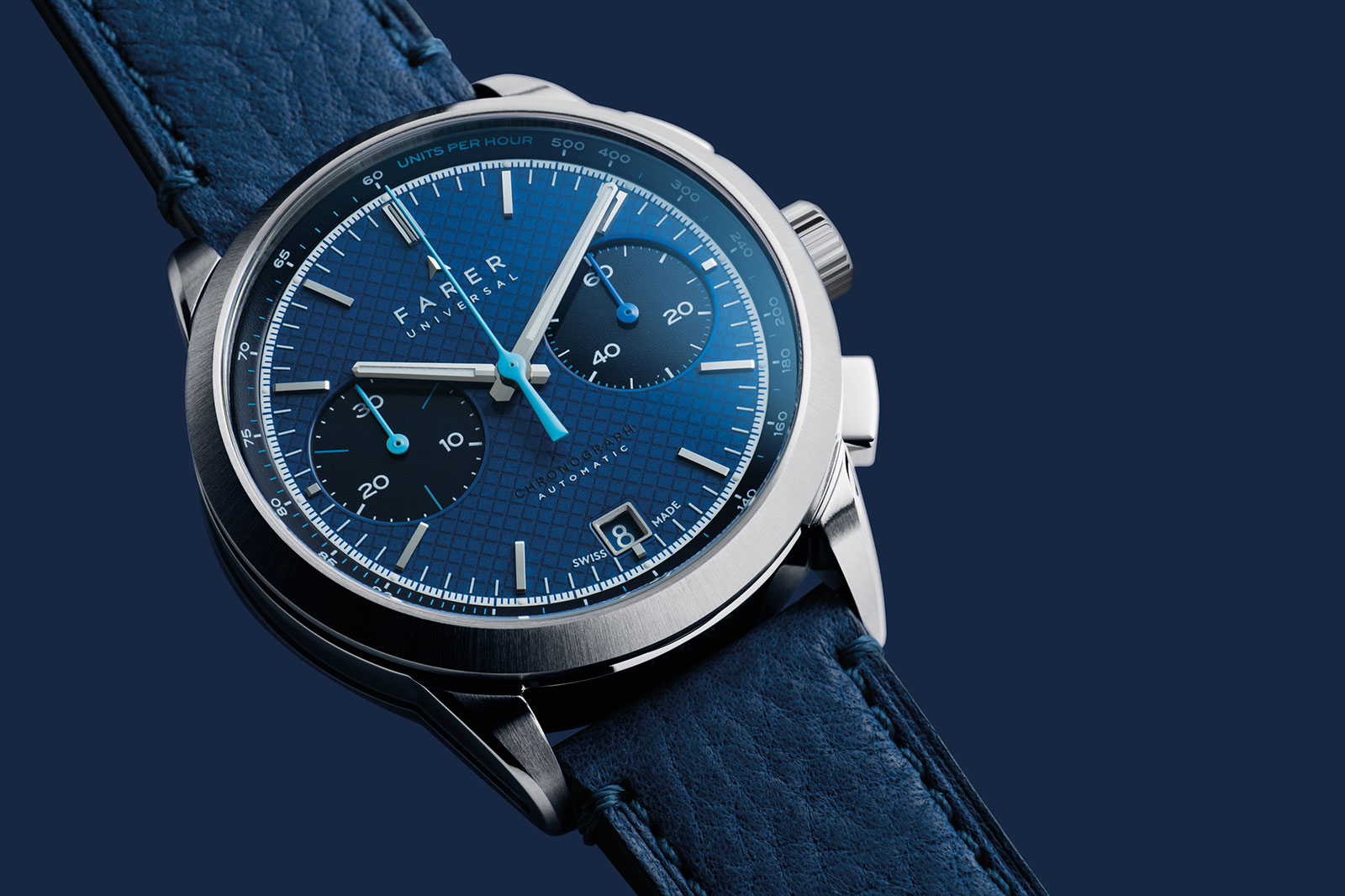 If you’ve never heard the name Dubois-Dépraz, don’t worry, you’re not the only one. Until relatively recently, the specialist movement maker was one of Switzerland’s best kept secrets, a name that you’d come across opening some of the most important modern watches in the world but who, unless you knew what you were looking at, you’d likely pass by. However, it’s slowly becoming more common to see their movements in watches like the Chrono-Classic from Farer.

The history of Dubois-Dépraz starts in 1901 in La Vallée de Joux, a painfully pretty part of the Swiss mountains that also happens to be Shangri- La for watchmakers. Founder Marcel Dépraz had already cut his teeth building complicated watches and in just a few short years his solo venture was supplying chronographs to Breitling, Excelsior, and Minerva. You know, names known for excellent chronographs. 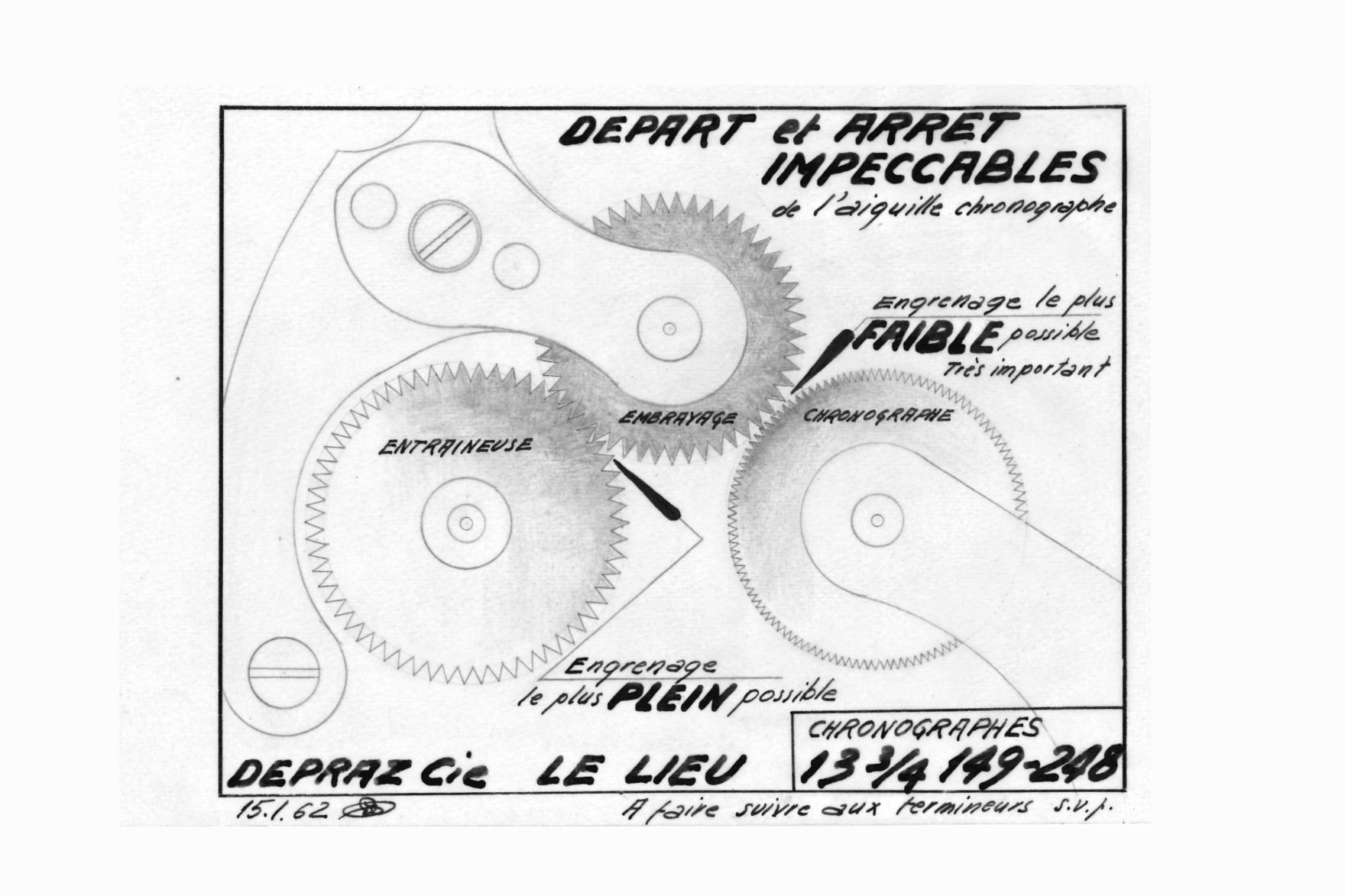 In 1937, they built the calibre 48, a movement that would go on to be incredibly successful, and in the 1960s they were one of the watchmakers instrumental (along with Büren, Breitling, and Heuer-Leonidas) in developing the Calibre 11, one of the first automatic chronograph movements in the world. That’s all to say, Dubois-Dépraz has some serious pedigree.

A few decades and a quartz crisis later and the company changed slightly with the release of the module 2000. This was one of the best chronograph modules on the market and, at a time when very few integrated versions were being produced (this was still when the modern industry was floundering) the Module 2000 allowed watchmakers to produce chronographs affordably. 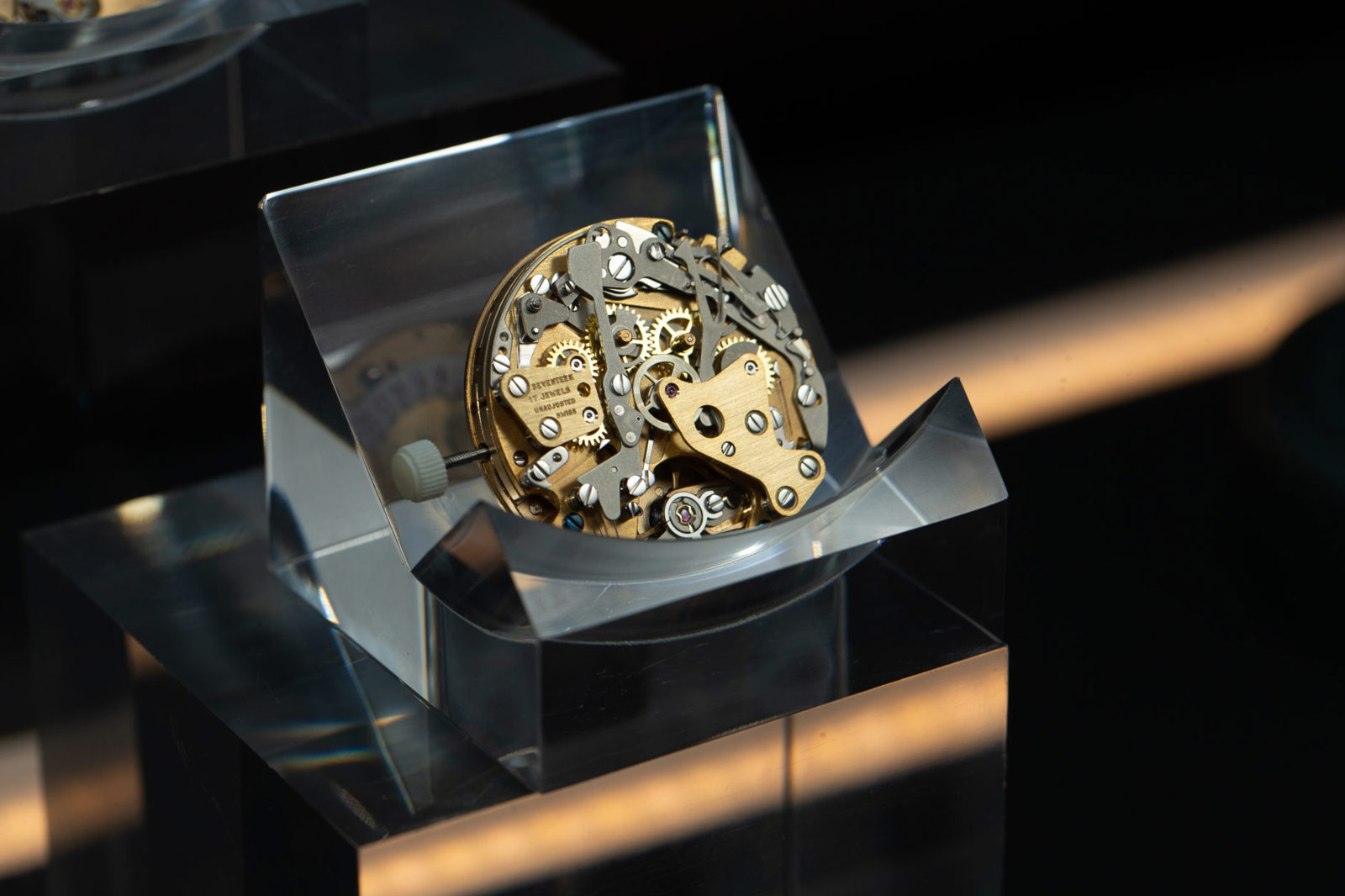 Since then, they’ve been synonymous with modules rather than full movements. You can find their chronographs in more watches than you could imagine, if you know what you’re looking for. Given most watch brands like to take credit for the entire movement though, you won’t often hear their name except from actual watchmakers. That however looks like it’s changing. 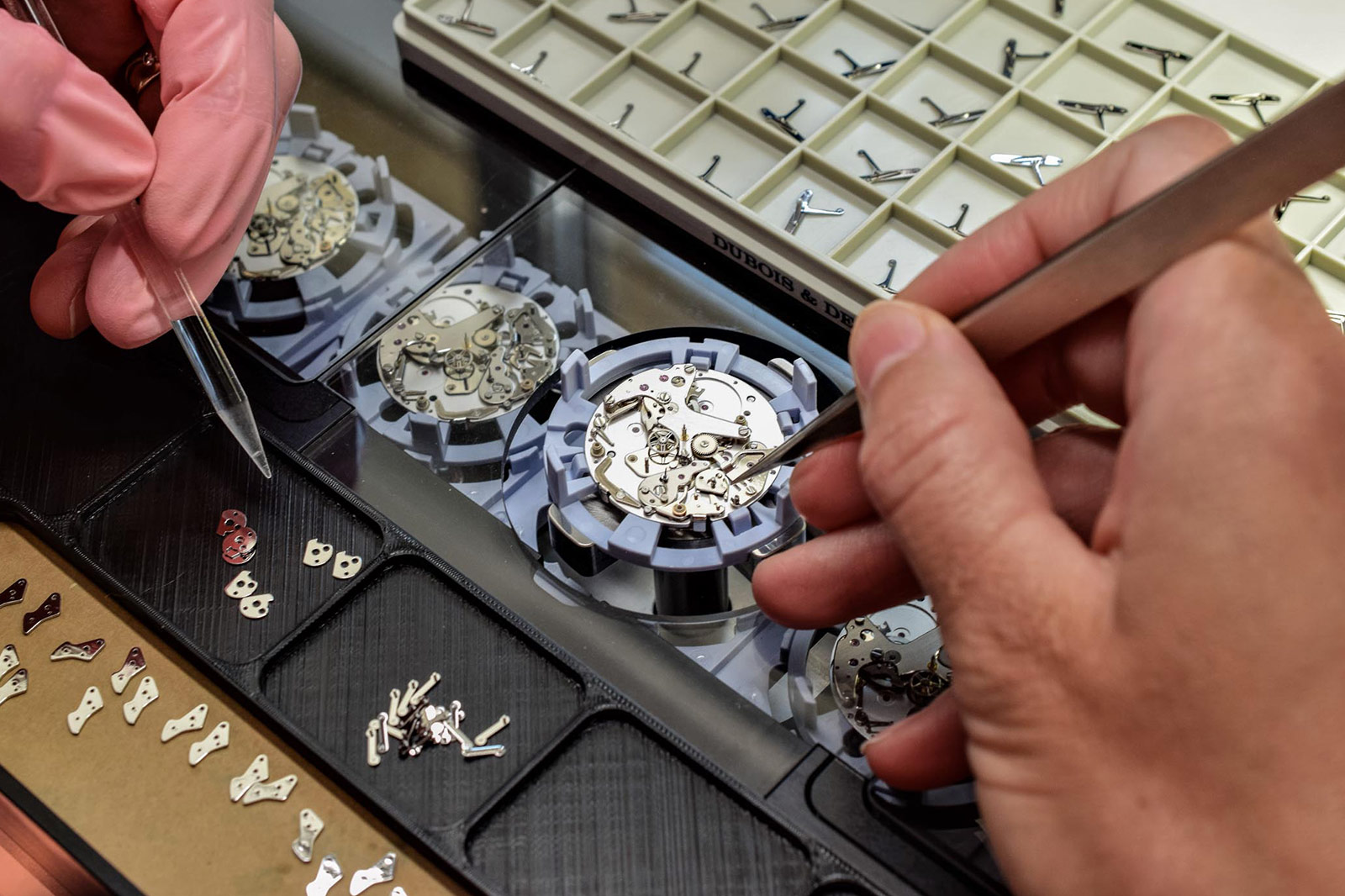 In the past few years Dubois-Dépraz have been making a concerted effort to build their own movements again. In 2021 they launched their first fully integrated chronograph movement, the DD540. Just as importantly, they’ve been getting their name out there a little more, opening up their offerings to smaller brands, even those outside of Switzerland. Brands like Farer. 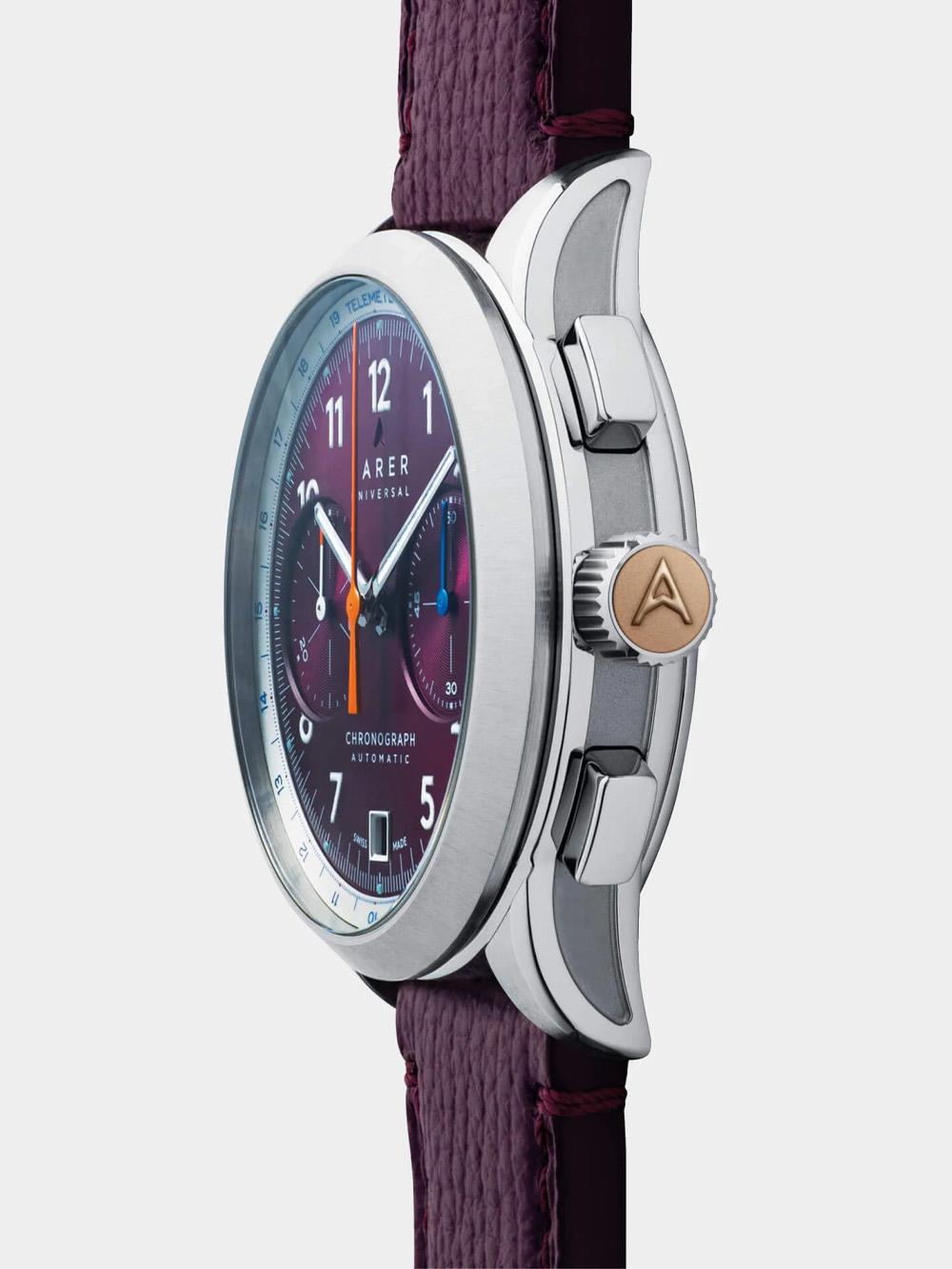 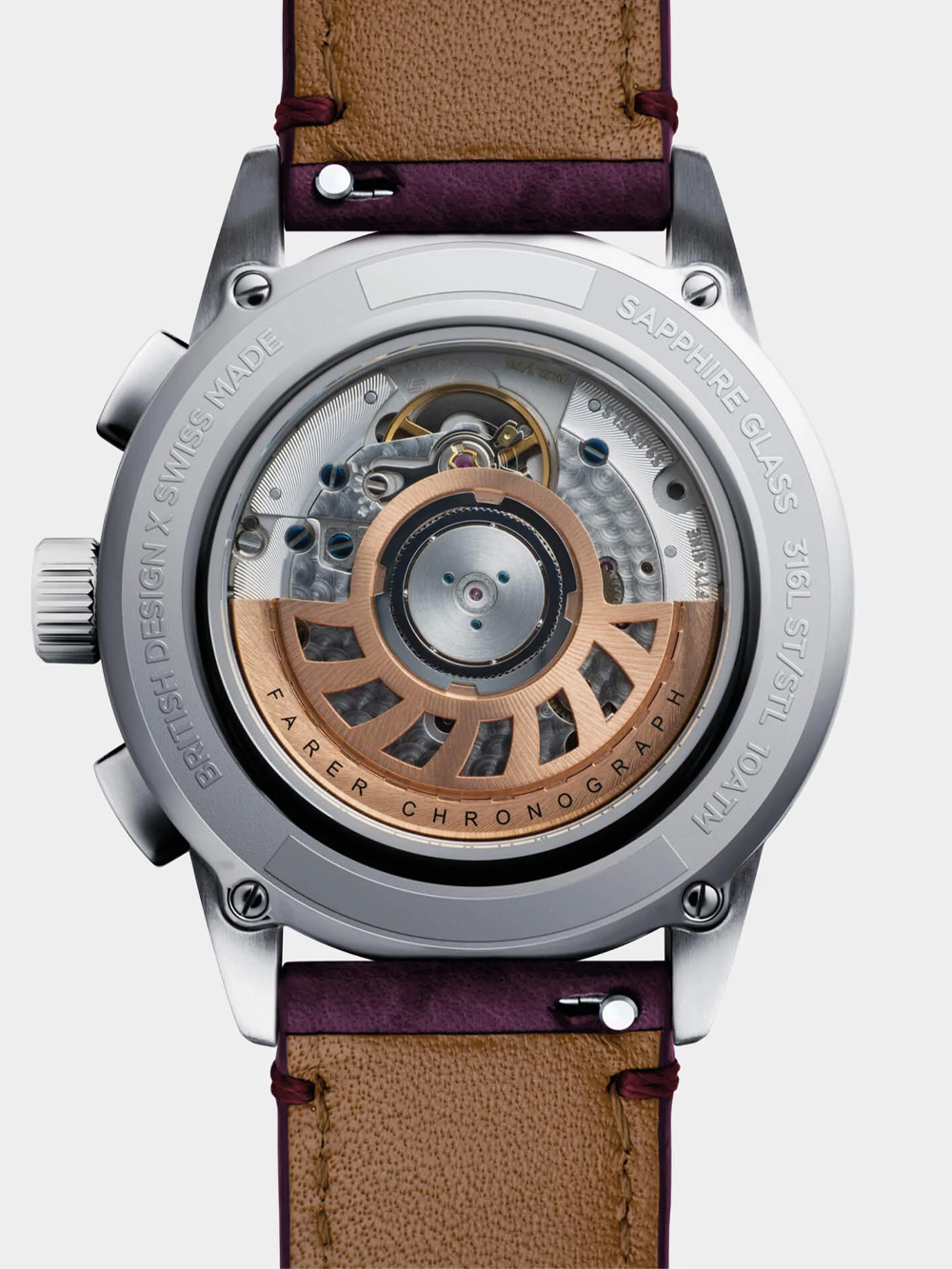 To say Farer have an emphasis on style over substance is unfair – but there’s a grain of truth in there. Like many a British watch brand, they know what makes a phenomenally designed watch and are one of the best players when it comes to colour in the industry. But their movements have tended to leave something to be desired. Not bad of course, just the kind of standard workhorse calibres that make the microbrand world go round.

Their latest though pulls all the stops out mechanically. That’s because the Farer Chrono-Classic houses Dubois-Dépraz’s latest DD2022 calibre. The bi-compax chronograph with a date has a 43-hour power reserve and a custom rotor, which on paper is great but not standout. The real talking point, mechanically speaking, is the offset crown – or, should I say, lack of offset. 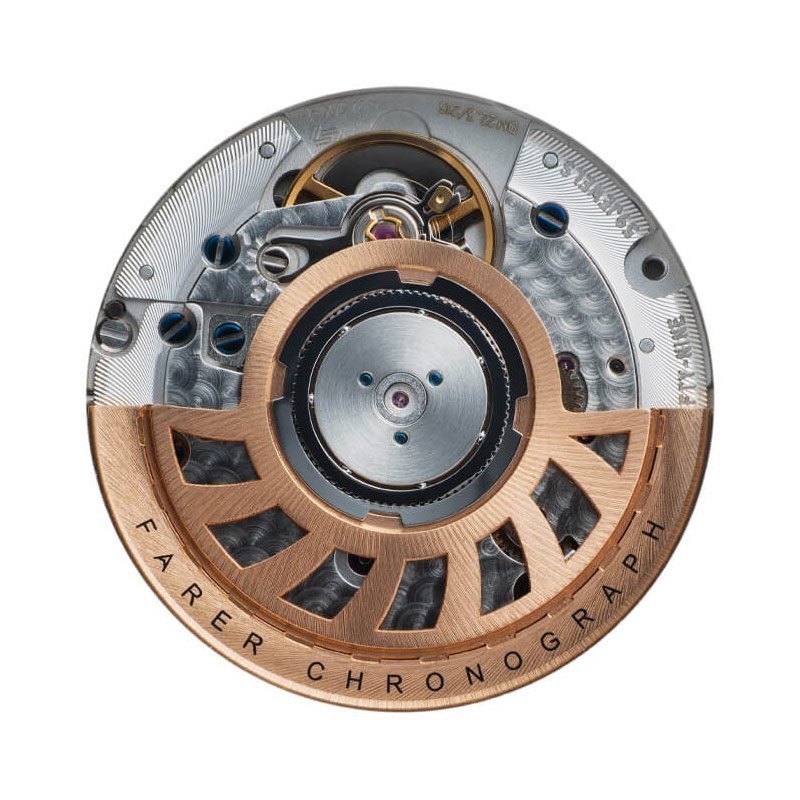 Most chronographs will have a crown that’s ever-so-slightly misaligned with the pushers. Once you see it, you can’t unsee it, trust me. It’s just considered a quirk of the system most of the time, yet here Dubois-Dépraz have managed to perfectly place it directly between the pushers. It’s better looking, easier to use and just better. 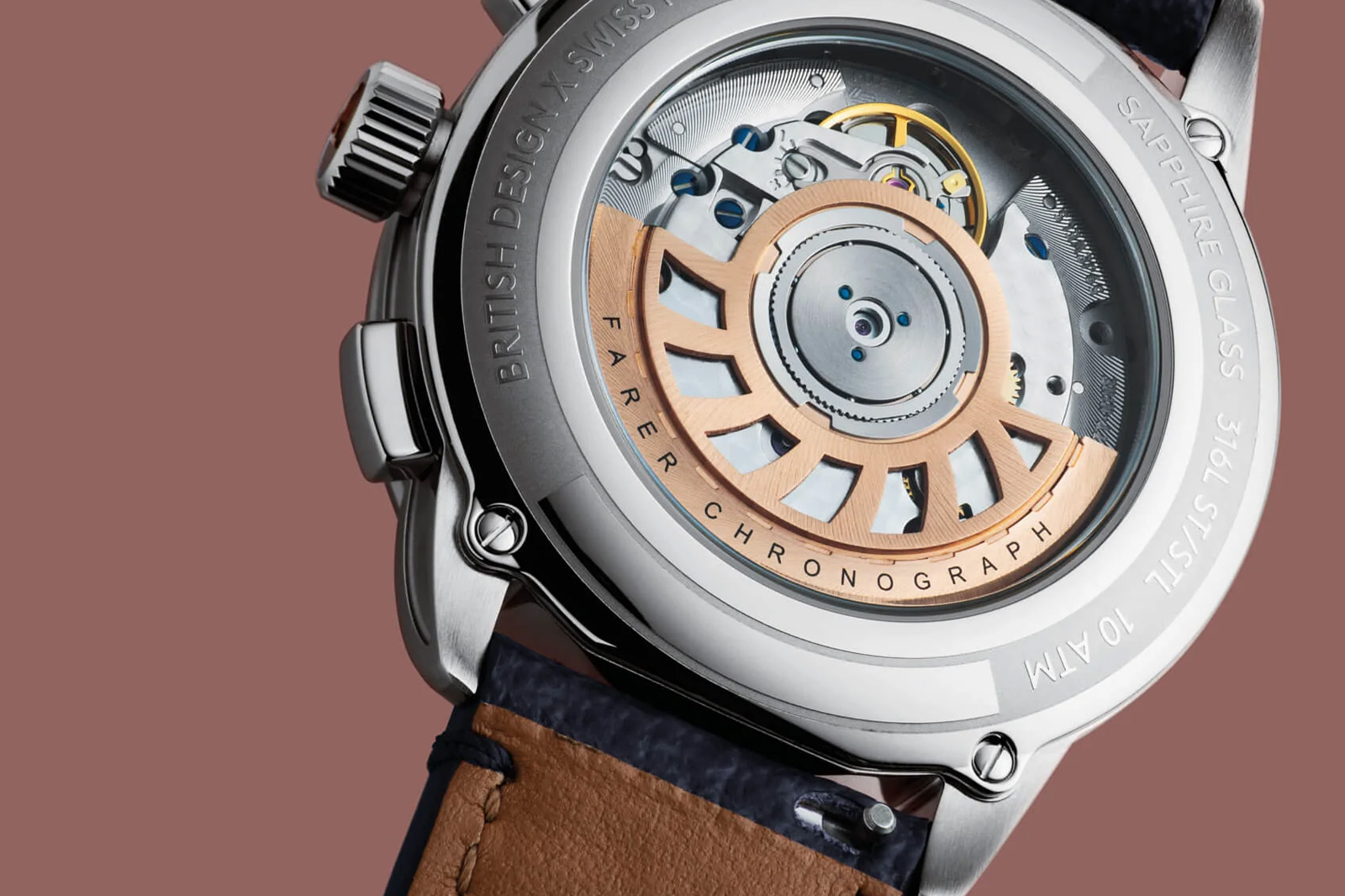 It’s a small thing in the grand scheme of watchmaking, but it also speaks to the greater point of Dubois-Dépraz, that their attention to detail and drive for solutions to established issues makes for a great movement. Add in that they’re built in small batches, as any good movement should be, and you have the recipe for one of the finest third-party chronograph movements out there.

In fact, scratch the third-party there. I’ll let you decide whether Farer being able to use it in a watch just over 2K is a win for them or a condemnation of the wider industry pricing. Either way, it makes for a great watch. 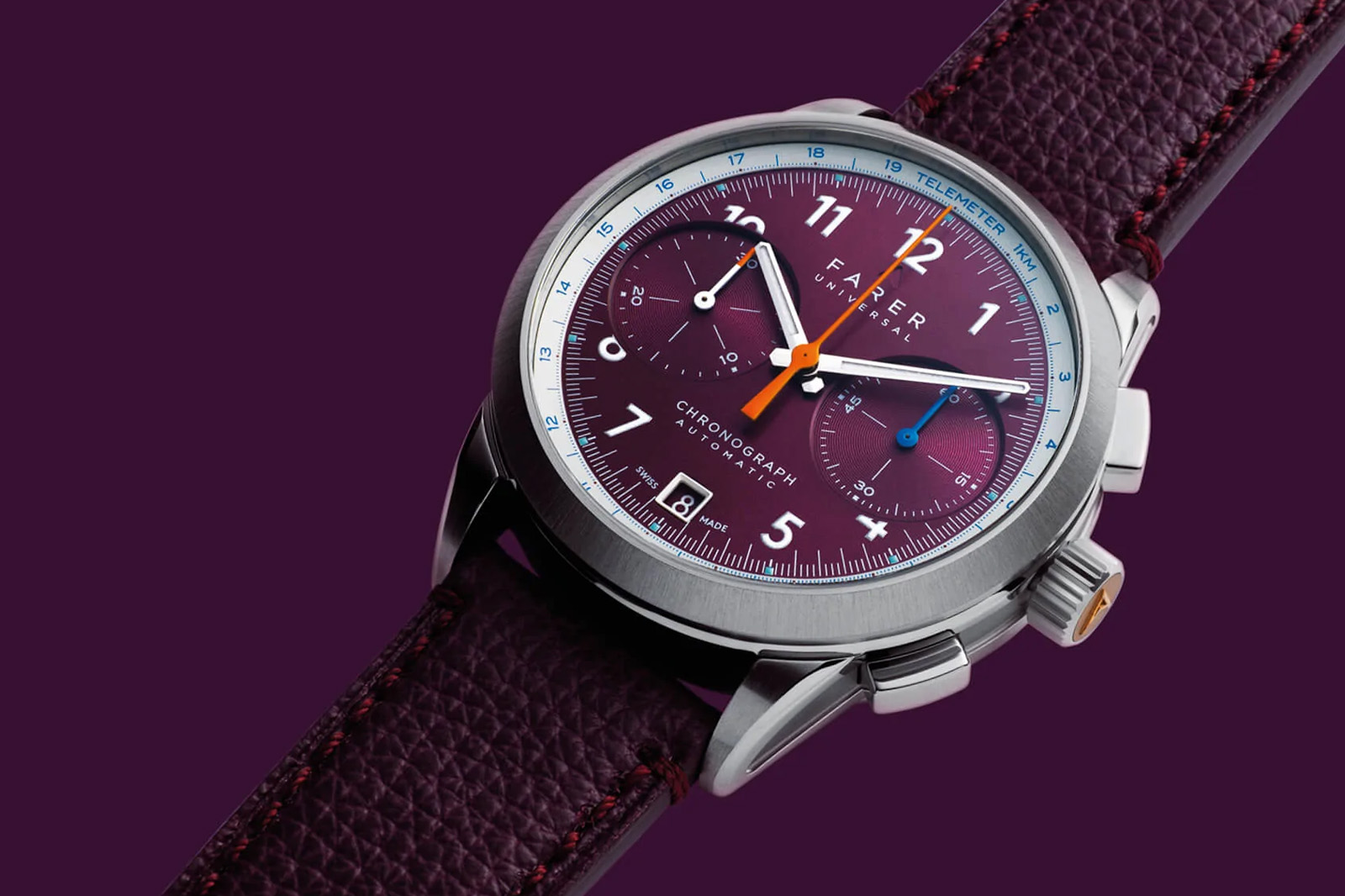 Of course, this being Farer, all three Chrono-Classic models are stunning, too. Just because they’ve let Dubois-Dépraz do the work on the inside doesn’t mean they’ve been sitting on their laurels. The Jackson is a handsome study in blue with a cool piqué pattern; the Meredith evokes vintage racing watches with a salmon dial and contrasting blue indexes and the Swann is a confident splash of magenta that’s hard to ignore.

The long and short of it is this: Dubois-Dépraz is a name that, if you didn’t know before this article, you will do soon. Other watchmakers will be scrabbling to get this movement in their watches and will definitely want to talk about it. At the same time, it’s great to see Farer stepping up their horological game with a movement to match their obsessive design. It can only lead to good things.

More details at Farer and Dubois-Dépraz.