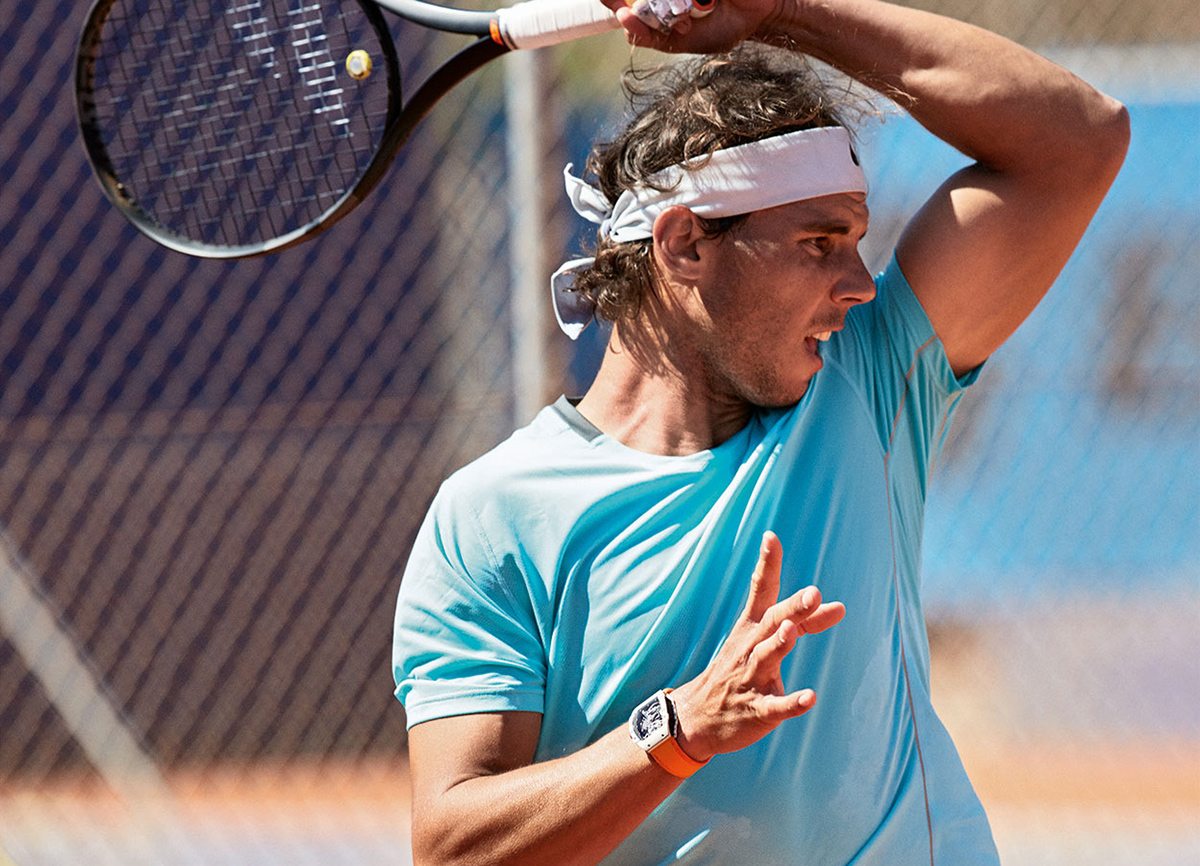 Tennis champ Rafael Nadal has a thing for Richard Mille’s brand of big statement watches. Unfortunately, the multiple grand slam winner also has quite a talent for losing them.

Back in 2012, his win at the French Open was overshadowed by the misplacement of a $376,000 Richard Mille RM027 tourbillon. The watch was stolen from Nadal’s Paris hotel suite by a barman who sneaked in while the Spaniard was sleeping off his hard-earned victory – and then quickly found by the police hidden by the Raffles-ish thief next to some train tracks. It is now back on Raf’s wrist. 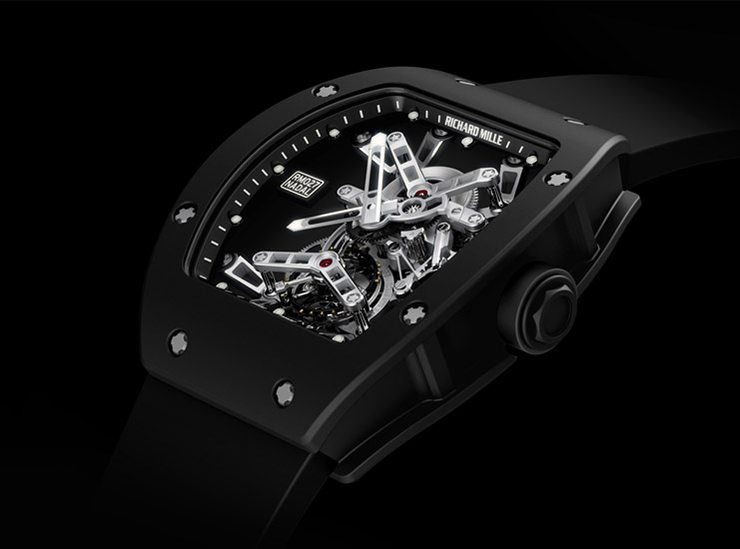 Not such a happy ending for a $525,000 custom built Richard Mille RM027, stolen from Nadal’s changing room locker back in 2010 – it’s since been written off by the tennis star’s insurers. 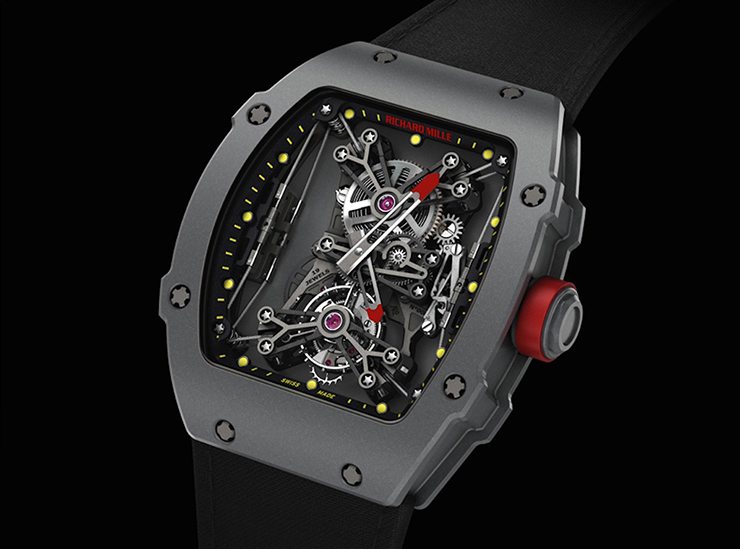 In 2010, Rafael Nadal’s custom built Richard Mille RM027 Tourbillon ($525,000) went missing from his locker room during a match at the Rogers Cup in Toronto.

So, does the unpredictable nature of the whereabouts of the sponsor’s products mean that the relationship between Rafa and Rich has cooled somewhat? Not a bit. The horologist and hard hitter teamed up to design the RM 27-02, engineered to handle the rigours of overhead smashes and cross court volleys. 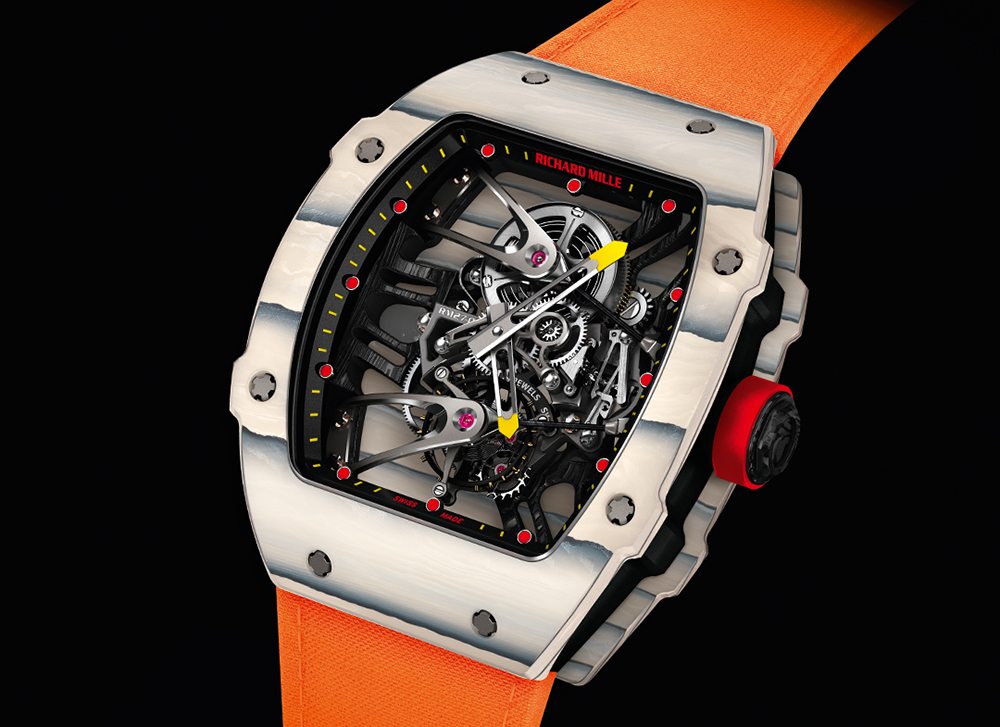 A carbon case is designed to withstand micro-cracks that occur during acceleration and impact, while the patented ‘unibody’ strap set-up fused to a baseplate further enhances its rigidity. Despite measuring in at the 48mm mark the RM 27-02 is also very light – Nadal even wears it while he’s playing.