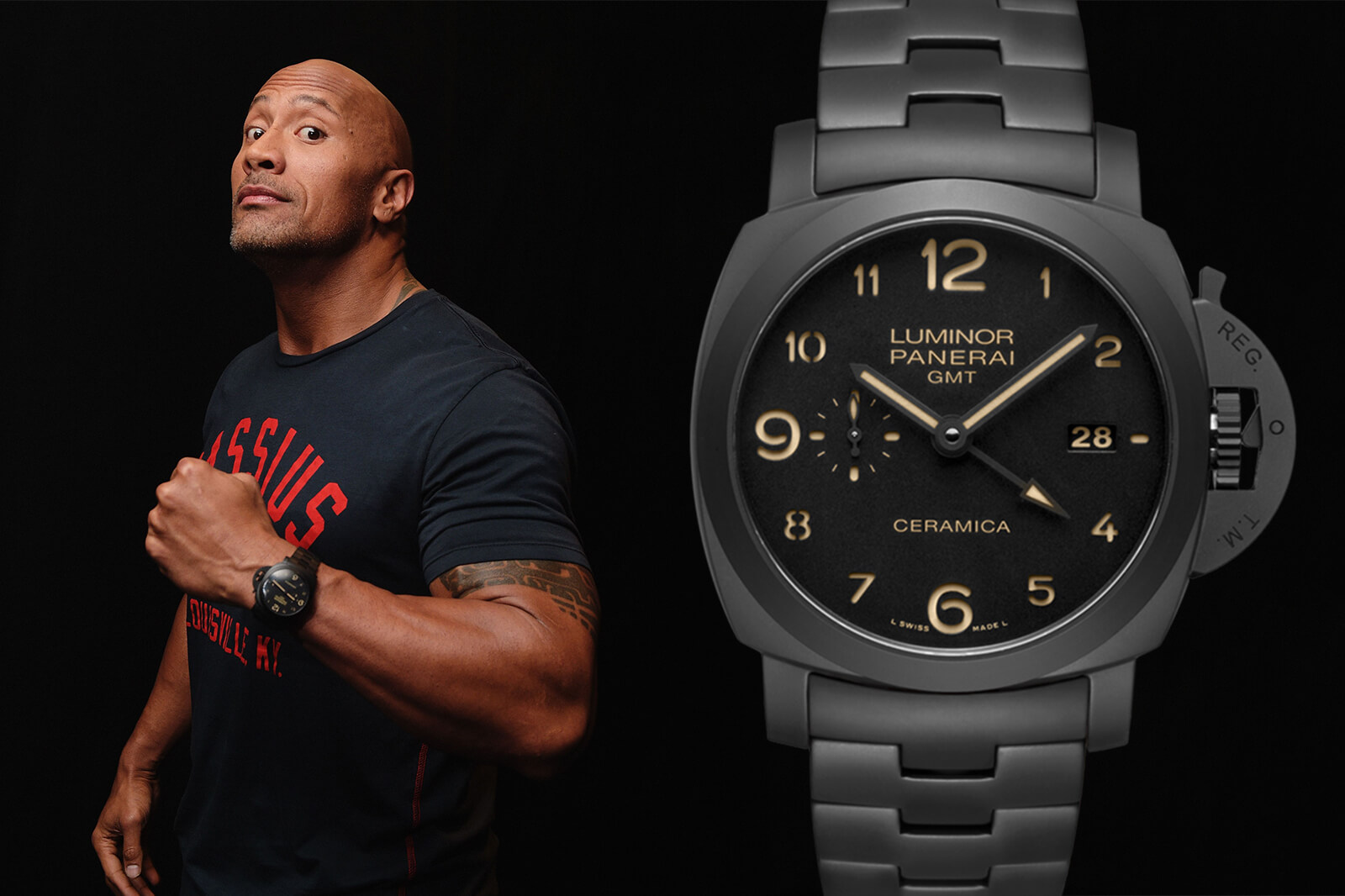 If we were stuck in the middle of a jungle, we’d turn to Dwayne Johnson. Between him and a hard place there’s no real competition. Screw paper and scissors, it’s all about The Rock. Given his old career as the world’s most famous wrestler, his stream of macho roles aren’t too much of a surprise. Playing a camp as hell bodyguard in Be Cool, slightly less so, but that was before he was the massive, massive Hollywood star he is – and by all accounts one of the nicest, too.

Now he rivals the action greats of old, playing alongside Jason Statham in the 15-year old boy’s wet dream that is The Fast and the Furious franchise. More recently he took himself off to the jungle opposite Jack Black (the best he’s been in years) for the unasked for but surprisingly good sequel to Jumanji. 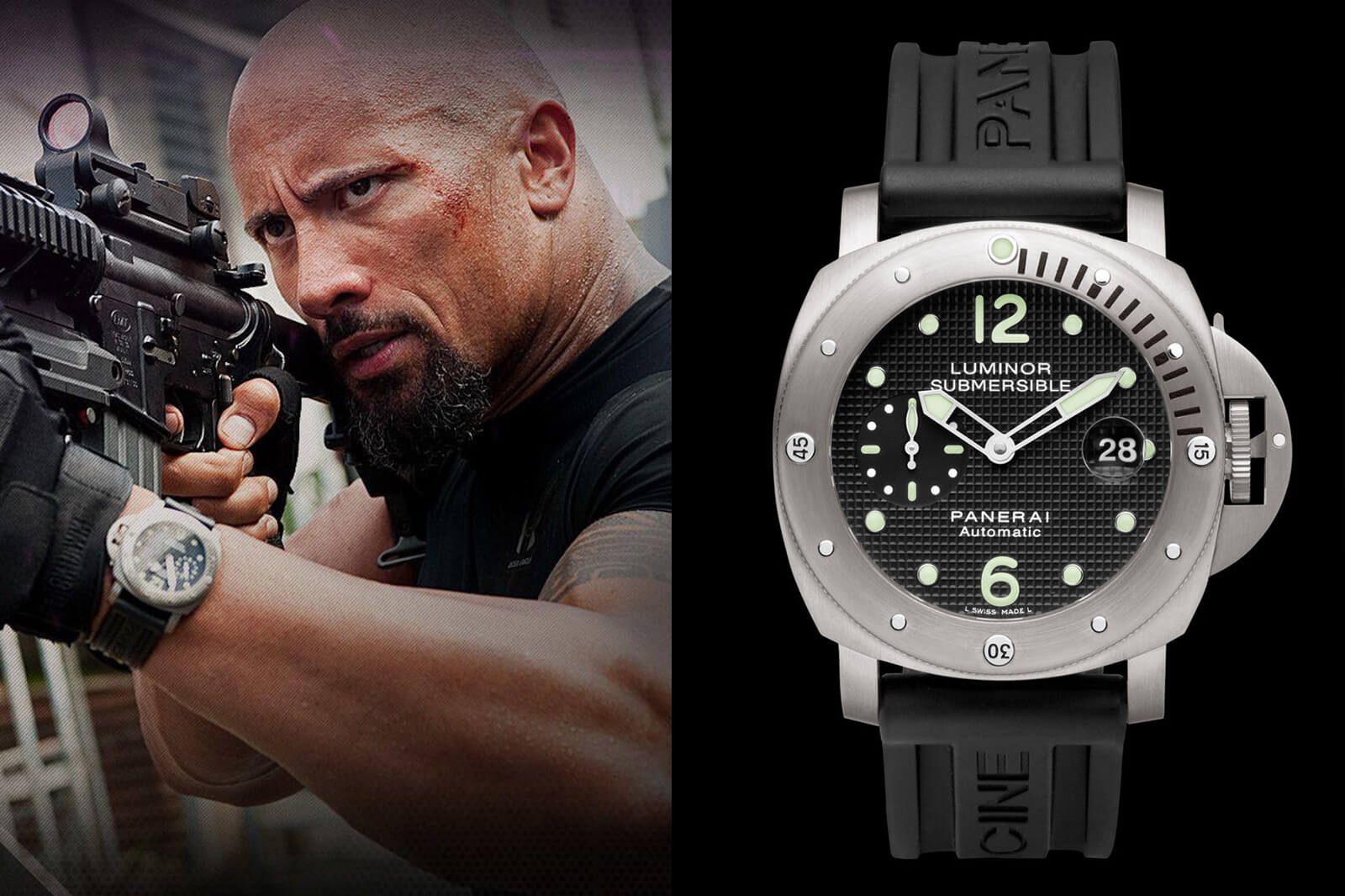 The big question for us though is: what does he wear on his wrist? Well, there’s no real surprise given the watchmaker’s number of action star followers that it’s Panerai. He joins the ranks of powerlifting Paneristi like Stallone with a good number of the pieces. There’s his chunky Luminor Submersible from his Fast and Furious debut (five, in case you lost track) and the 1950 Amagnetic version in disaster flick San Andreas.

Outside of film, he turns to the more toned-down Luminor Power Reserve Automatic Acciaio, which at 44mm is wearable even if you’re not… well, The Rock. That said, he’s also been seen wearing a number of pilot watches – the IWC Big Pilot and Breitling Transocean specifically – and a Rolex Sea-Dweller. 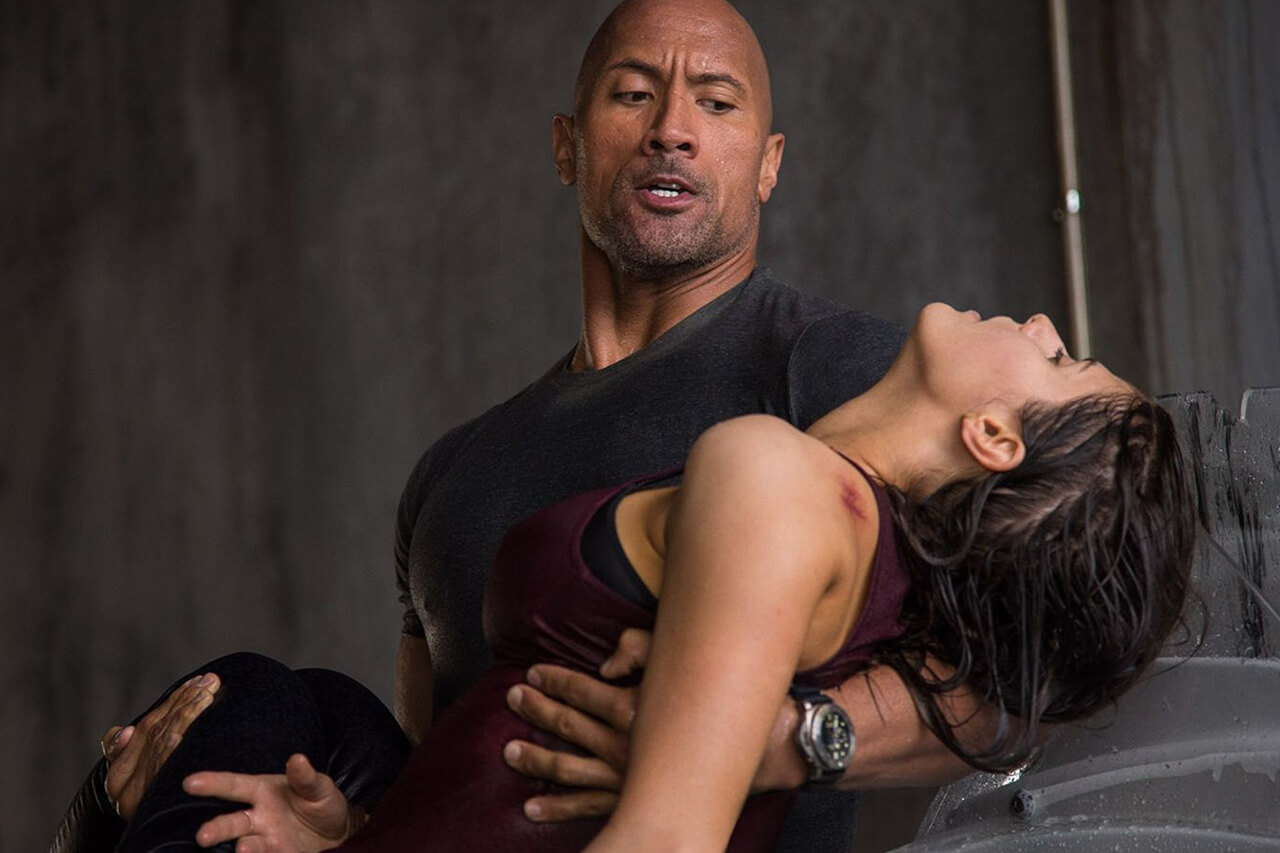 All are respectable, well-made pieces that, while not exactly small, don’t splash testosterone wherever they go. His fellow action stars could really learn a thing or two. If Sly’s watches get any bigger, he’ll need to adjust his workout routine – no work on the left arm.