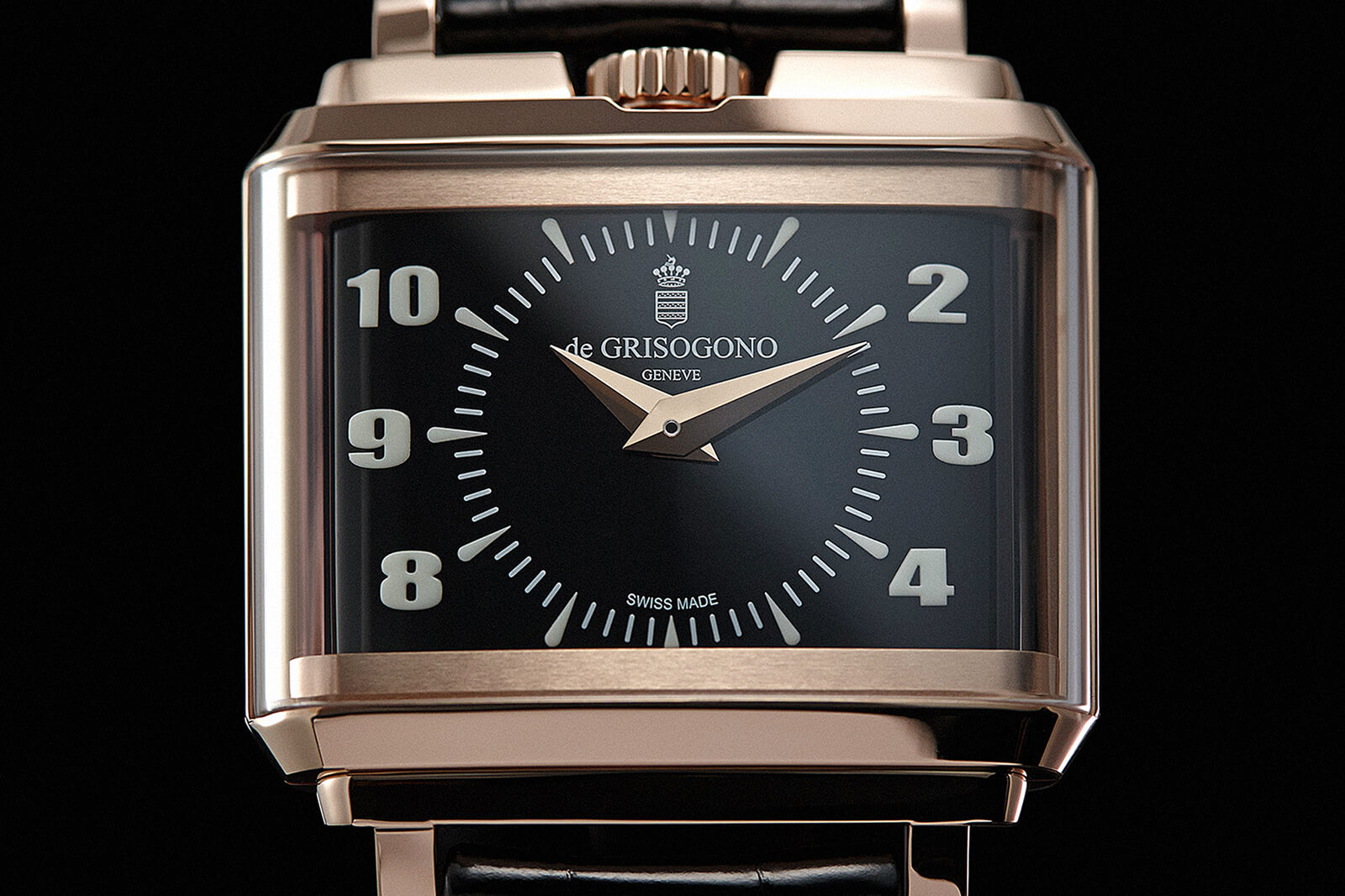 Retro means many things to many people. An old Pac-Man arcade cabinet, a collection of 1970s vinyl, a moustache comb… for better or worse, retro is here to stay. Granted even an original iPod can be considered retro now, but let’s not show our age. In watchmaking too retro is the buzzword of the moment, and in less of an ironic handlebar moustache kind of way.

The number of watches in the past few years that take direct, archival inspiration from the Sixties and Seventies is staggering. Sure, borrowing from the past is nothing new – there’s no such thing as an original idea after all – but watchmakers seem to have taken it to the extreme. Glashütte Original and Blancpain literally put ‘Seventies’ into the name of their pieces, and they’re the subtle ones. 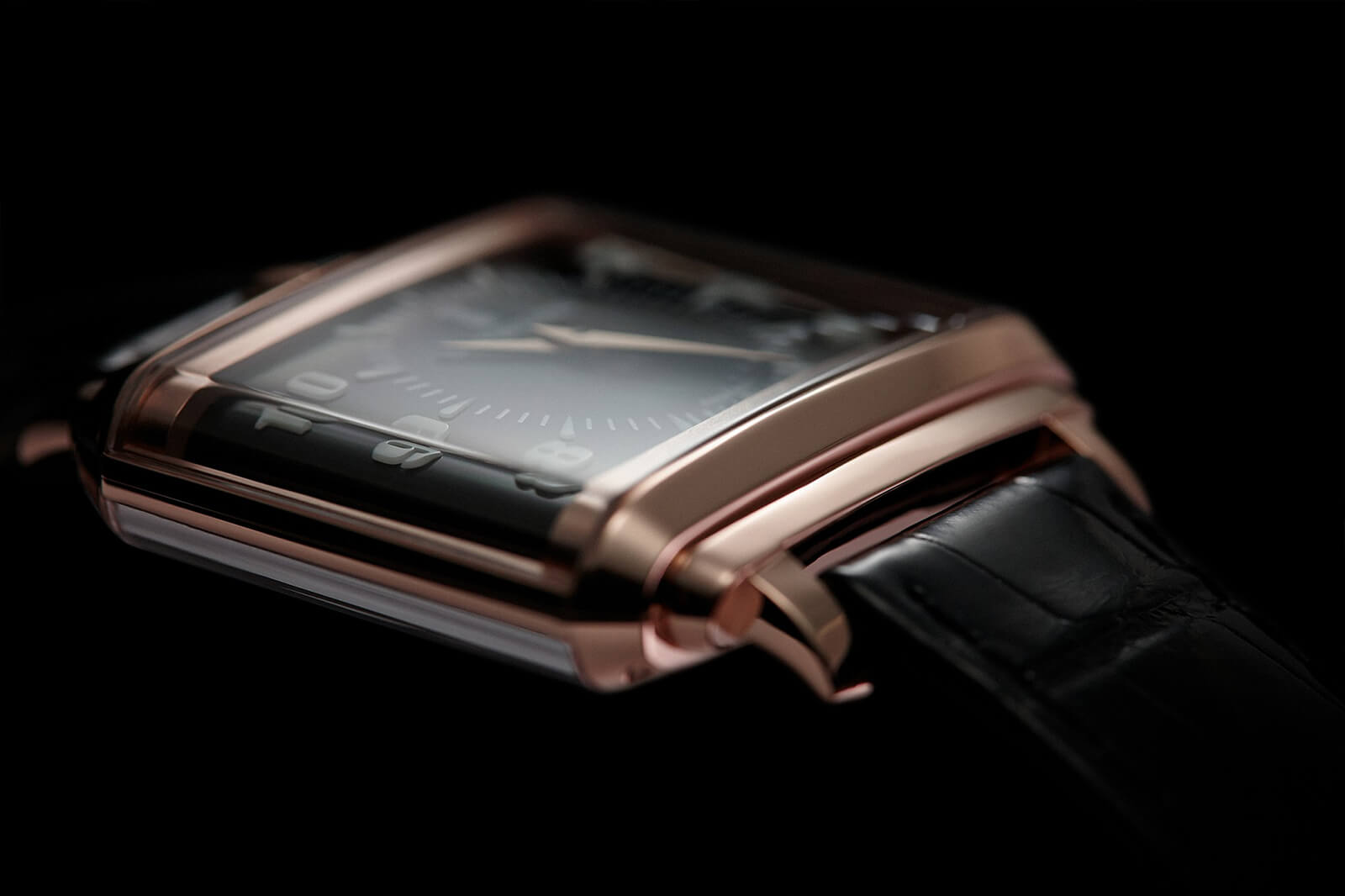 They can just about get away with it with the whole ‘fashion is cyclical’ get out of originality jail free card. I’m not saying harkening back to the good old days isn’t a good thing; I do it all too often. But surely there’s a middle ground. Well, say hello to the New Retro.

de GRISOGONO are primarily a jeweller, that much is true, but in the case of the New Retro that plays nicely into their favour. In fact, they draw a nice parallel with Fabergé in terms of their horological offering. Not having the same archival safety net to fall into like the maisons de haute horlogerie forces them to get creative, creating entirely new pieces. Yet whereas Fabergé leaned towards a single unique movement, de GRISOGONO found their inspiration in the style of a specific time period: the Fifties. 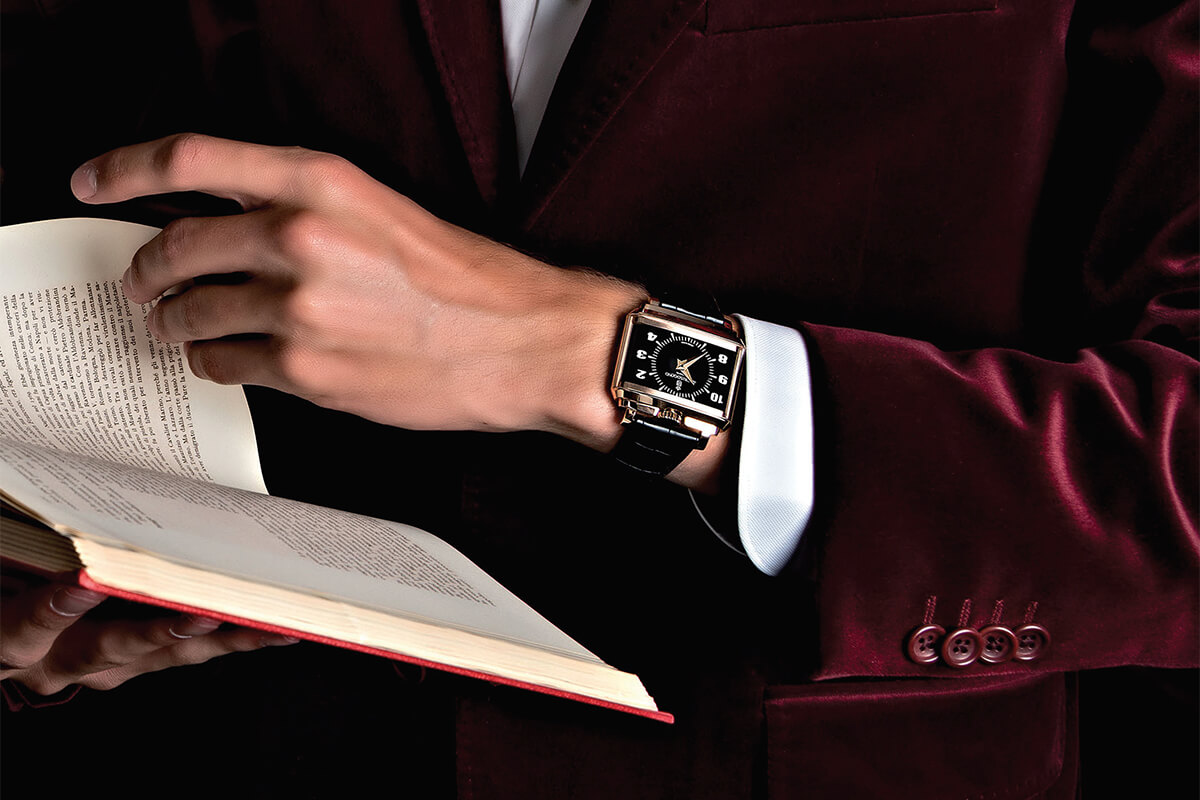 The New Retro is, as its name suggests, a modern interpretation of the stylistic zeitgeist of the 1950s. Think Hollywood glamour at its finest, an Art Deco hangover from the Twenties and Thirties tempered by austerity of the Forties. It’s a lot to encompass in a single watch, yet de GRISOGONO – under previous creative director Fawaz Gruosi – hit the nail square on its elegantly dandyish head.

For one, the New Retro isn’t just a rectangular watch like so many before it. Where their longest side runs 12 o’clock to 6 o’clock, de GRISOGONO’s is the other way. The nearest equivalent would be the (surprise, surprise) 1950s Manhattan-inspired effort from Rado. Having said that, there’s far more nuance to that case shape here though.

Top and bottom it’s stepped towards the lugs, while left to right the sapphire crystal creates a contrasting curve, right down the side. That crystal means that the crown has been moved to the very top of the case, which is yet another distinguishing characteristic of the New Retro. 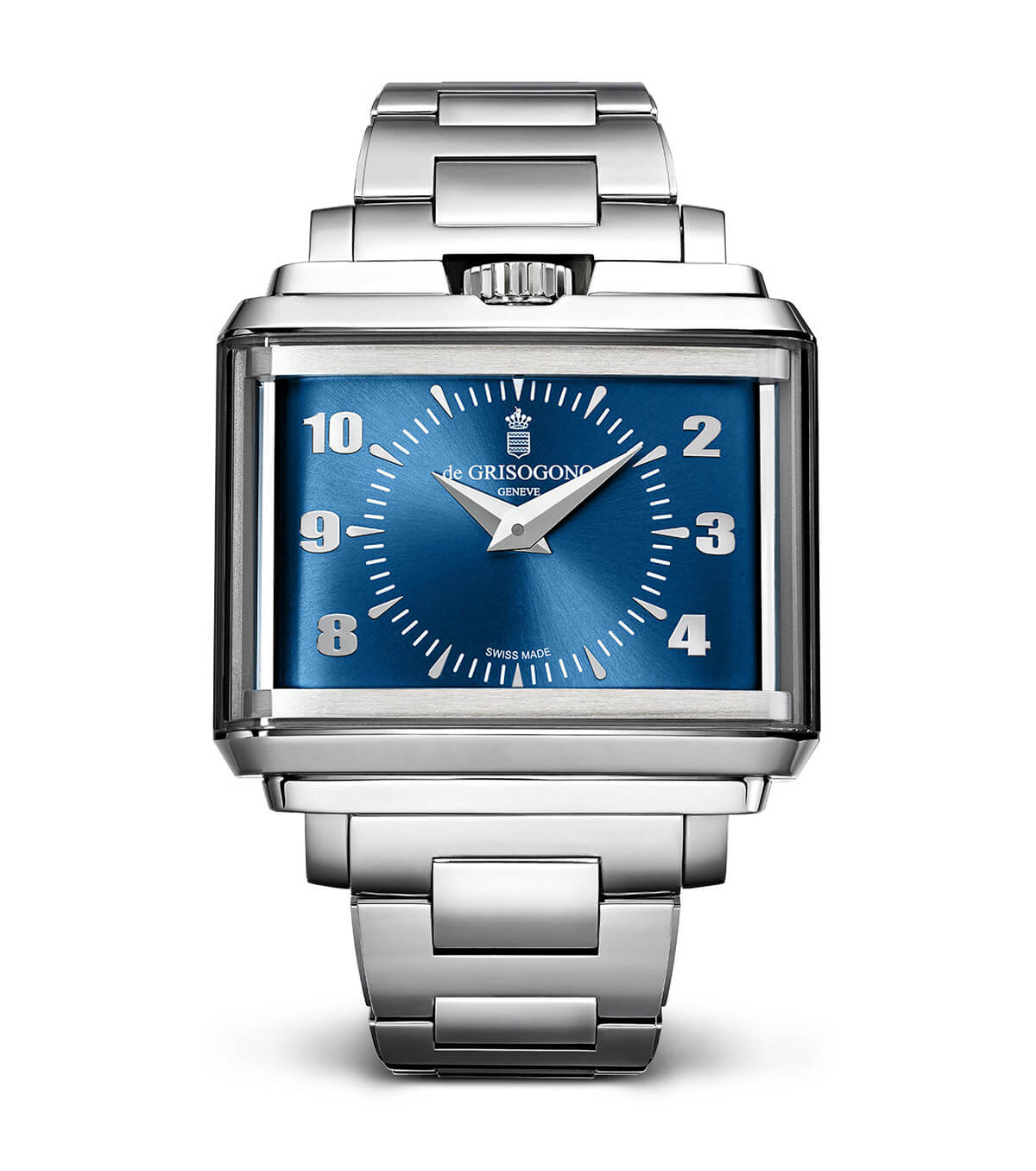 Typically, that case has been made from white or rose gold, occasionally with a scattering of diamonds. Well, what do you expect? de GRISOGONO can’t help but follow their intuition as a jeweller. Now though, the New Retro is available in steel. It’s a small change, but one that opens up both the collection and de GRISOGONO like never before. Steel after all is a little more serious in terms of watchmaking; it proves once and for all that these aren’t jewellery watches, that they’re serious pieces of horology.

Of course, so do the New Retro high complication pieces. Sure, we see a lot of tourbillons nowadays, but that’s because of what it represents: it’s shorthand for haute horology. The same goes for the power reserve indicator. Both watches house impressive movements and, perhaps more impressively, are skeletonised to within an inch of their lives. 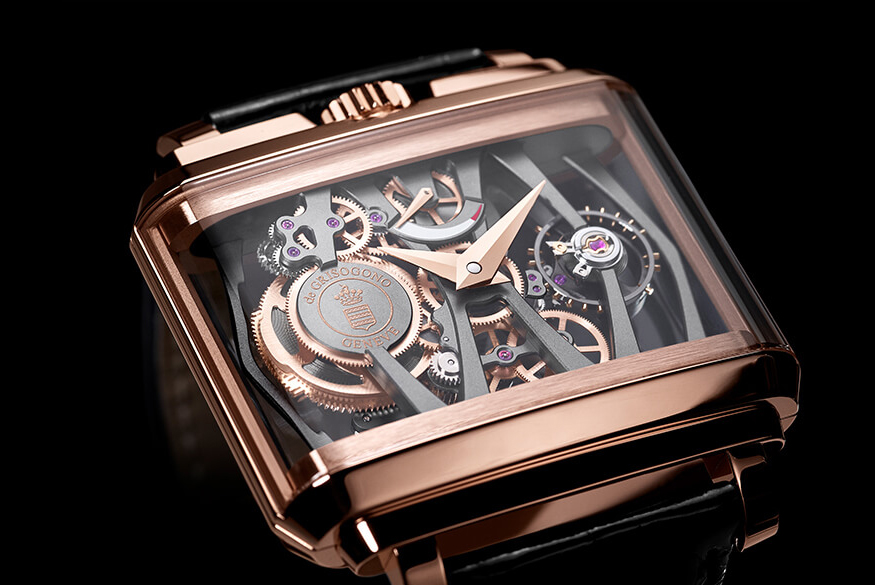 These pieces more than any other represent the niche the New Retro takes up. On the one hand that Art Deco-influenced case is beautifully-made and, in white or rose gold, is unmistakably luxurious – think classical design at its best. On the other hand, the architectural movements are nothing if not striking, a flash of contemporary flair in the otherwise vintage design. The New in the Retro, if you will. 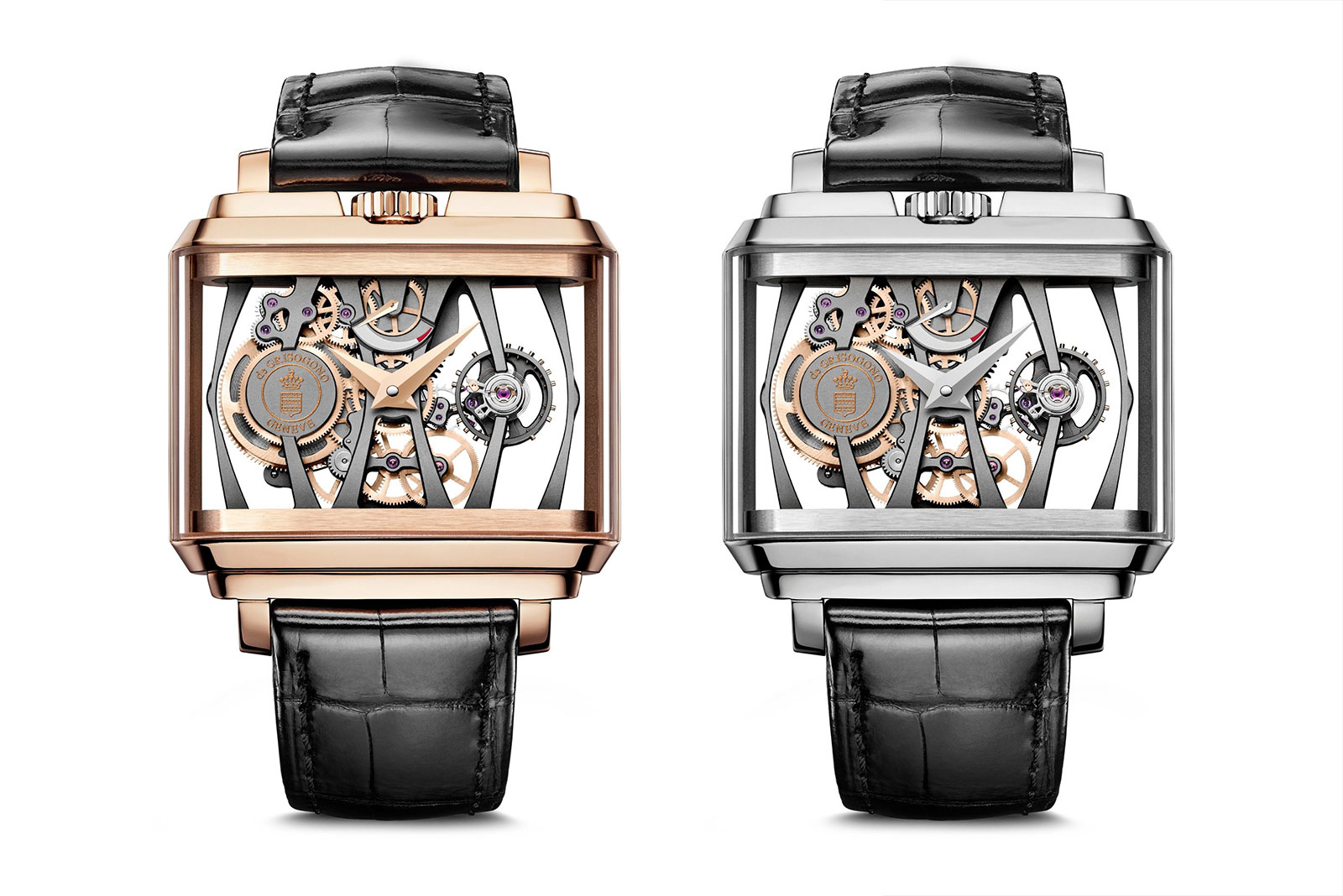 There’s still plenty of places de GRISOGONO can take the New Retro collection; they could start with some more interesting dials for one. Nice colours are all well and good, but a bit of guilloche is always a winner. There’s also plenty of space for other complications. How, for example, would a New Retro perpetual calendar look?

Time will tell and there’s always the chance, with the departure of Fawaz Gruosi from the creative pool at de GRISOGONO, that things may head in a different direction. We think not though. Whoever eventually takes over will have one hell of a signature canvas to play with in whatever becomes the new New Retro.