Carl Suchy & Söhne bring a uniquely Austrian perspective to watchmaking with designs inspired by the architecture of Vienna throughout the centuries. Their signature watch, the Waltz N°1 draws on the modernist designs of Adolf Loos and it has been updated for December 2021 with a new dial. The yin and yang style split down the middle more than earns it the name Waltz N°1 Day & Night.

At its core the new Day & Night version combines the pre-existing silver dial model and the black dial model together. The left side of the dial is black with fine vertical guilloché and the right side is in their classic creamy silver with horizontal guilloché. Then, the rotating small seconds disc at 6 o’clock is split down the middle as well so that the colours line up once every 60 seconds, and for 59 seconds are in a state of contrast evoking the symbolism of yin and yang.

However, I prefer not to think of it as yin and yang, as that’s an over-used trope in watchmaking and design in general. Instead, a much more appropriate analogy is supplied by the name of the watch itself, Waltz N°1 Day & Night. Vienna is famous for its grand waltzes and even has a specific type of waltz named after it, the Viennese Waltz. The subdial, then, is a couple rotating together on the dance floor, perhaps performing a fleckerl or standing spin (thank you Strictly Come Dancing for the dance terminology). 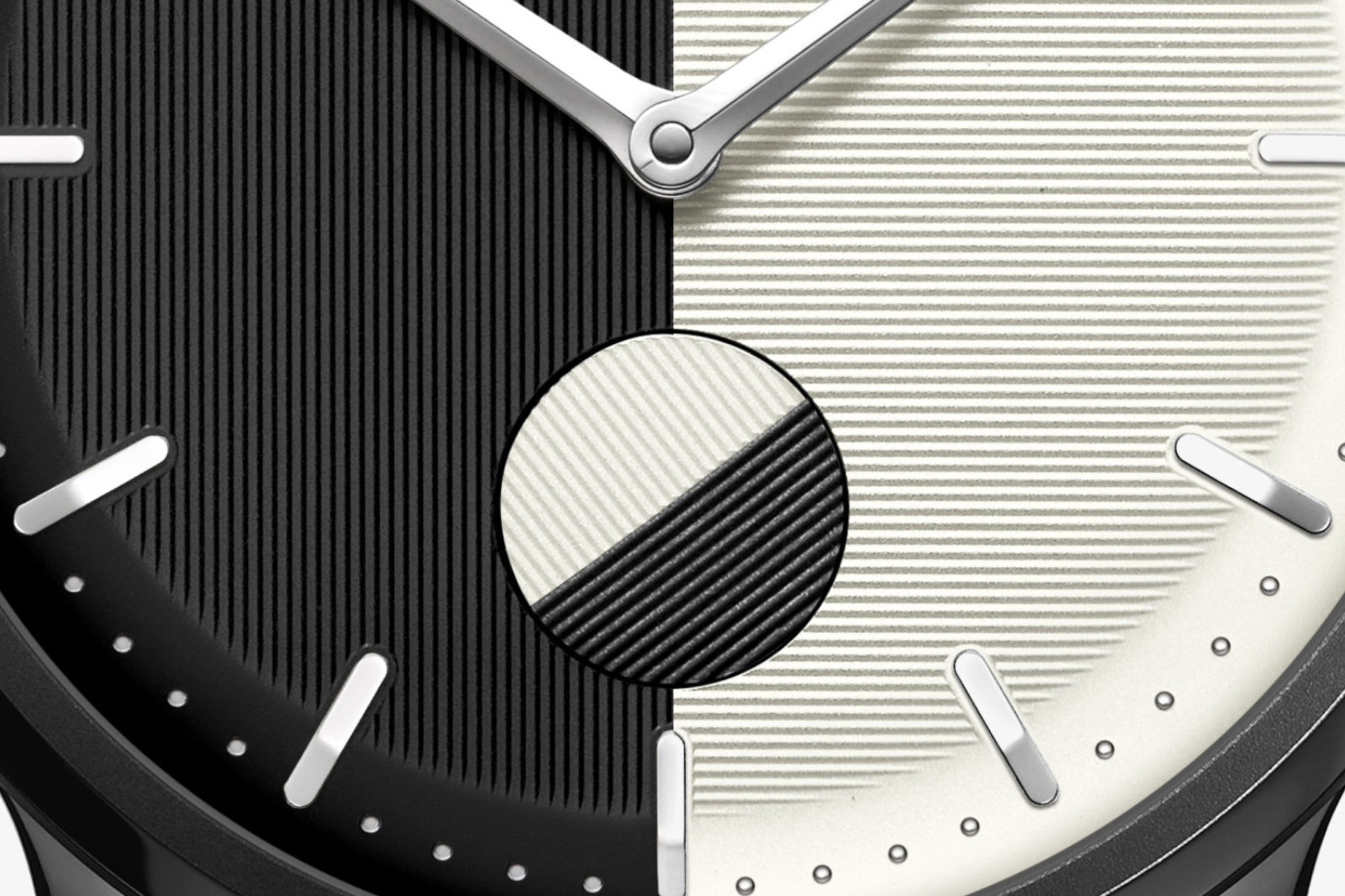 The dial is clearly the focal point of the watch but that’s not to say the rest of the piece isn’t well designed too. The 41.5mm case is made from steel with black DLC and has a display caseback that reveals the movement housed inside. Which is the very pretty Vaucher Manufacture Fleurier VMF 5401. It has a gold-plated micro-rotor bearing a matching design to the dial and is a solid automatic calibre with a 48-hour power reserve. The VMF 5401 is actually as prestigious as many modern in-house movements and has been used by the likes of Parmigiani, Hermès and even Richard Mille previously.

It really is a lovely watch, which makes it an absolute shame that it’s limited to just 10 pieces. Carl Suchy & Söhne are an underrated watchmaker and a stunning model like the Waltz N°1 Day & Night could help them climb the ranks of popularity, but because of the severe limitation most of us will never see one in the metal. It’s priced at €9,495 (approx. £8,070) so it’s not exactly accessible but there are virtually no directly comparable watches out there in terms of styling, making it more than worth it.