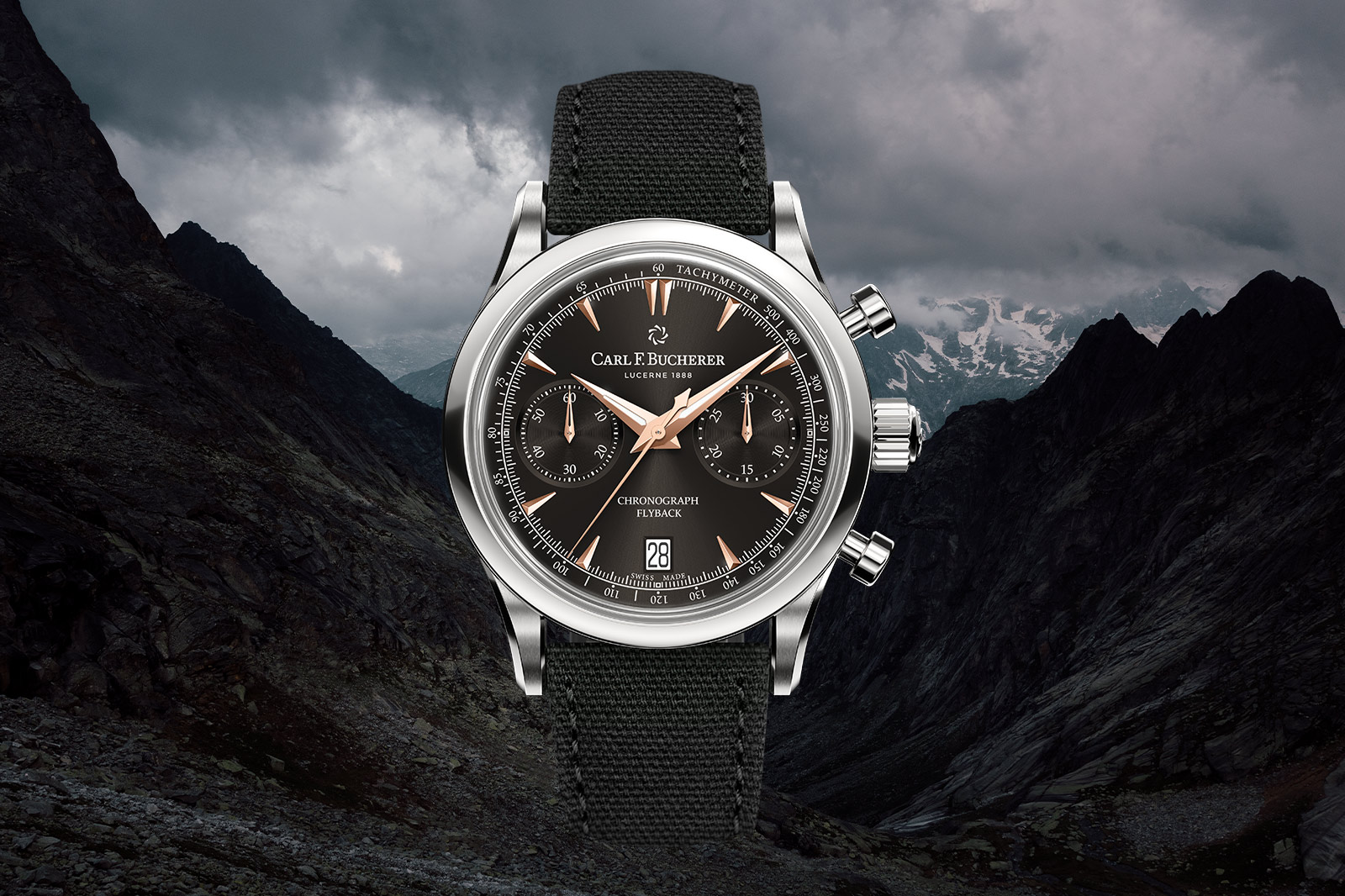 Aesthetically, the Manero Flyback 40mm is fairly similar to is larger cousins. While the case is smaller, the position and style of the pushers and crown are unchanged. The same goes for the sharply angled hands and hour markers of the dial. 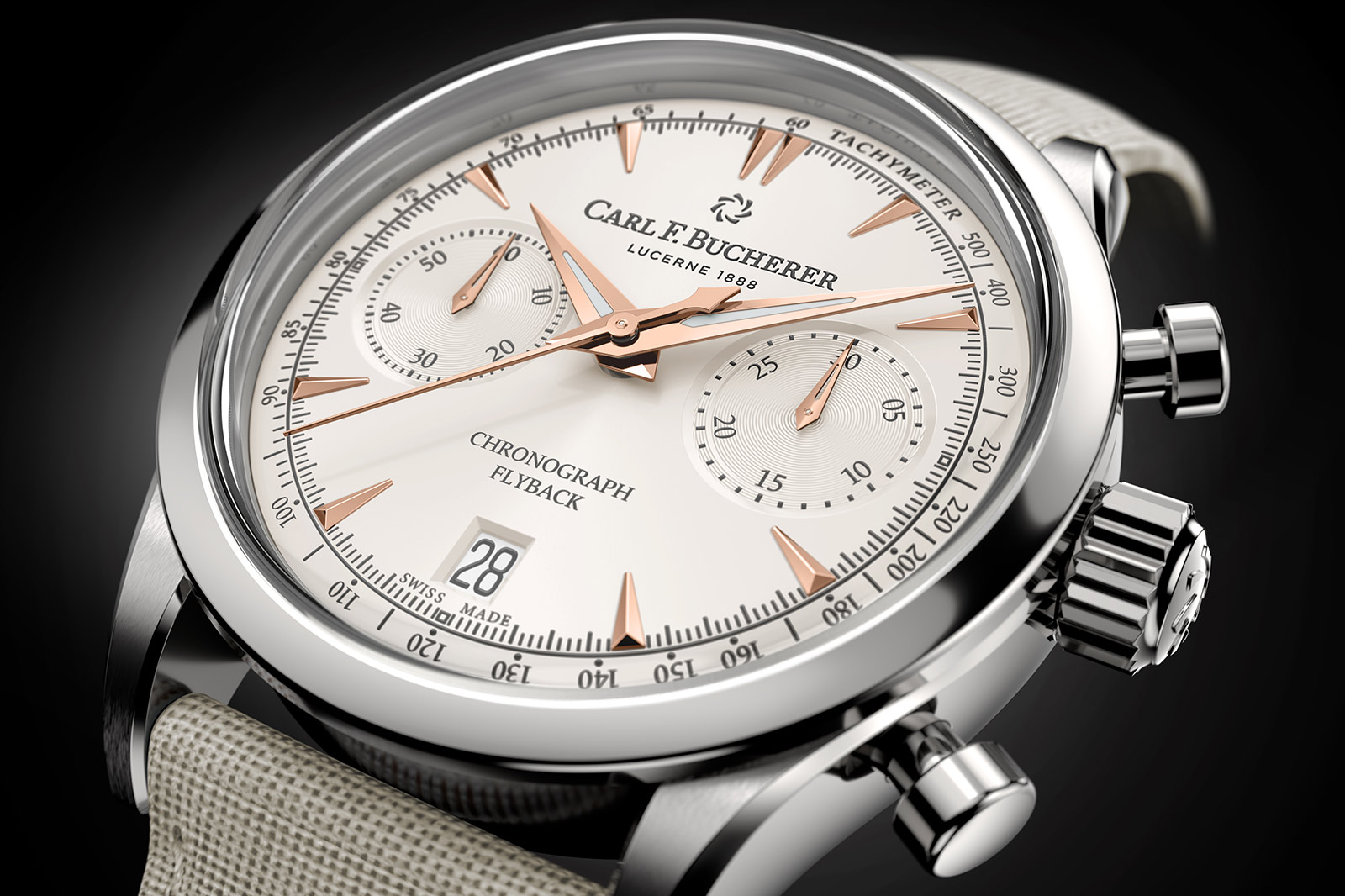 However, there is at least one notable change on the dial, the central ring that runs through the subdials and date window of the 43mm version has been removed. While the ring provides structure to the appearance of the dial, I actually prefer the look of the Manero Flyback without it. The whole display looks cleaner and more open.

As for the five colourways that are available, they’re white, black, blue, green and red. The blue, green and red each have subdials of their respective colours set into a sun brushed white dial. In contrast, the white and black editions have matching dials and subdials and are also distinguished by their gold-plated hands and hour markers. All five watches come on colour matched textile straps. 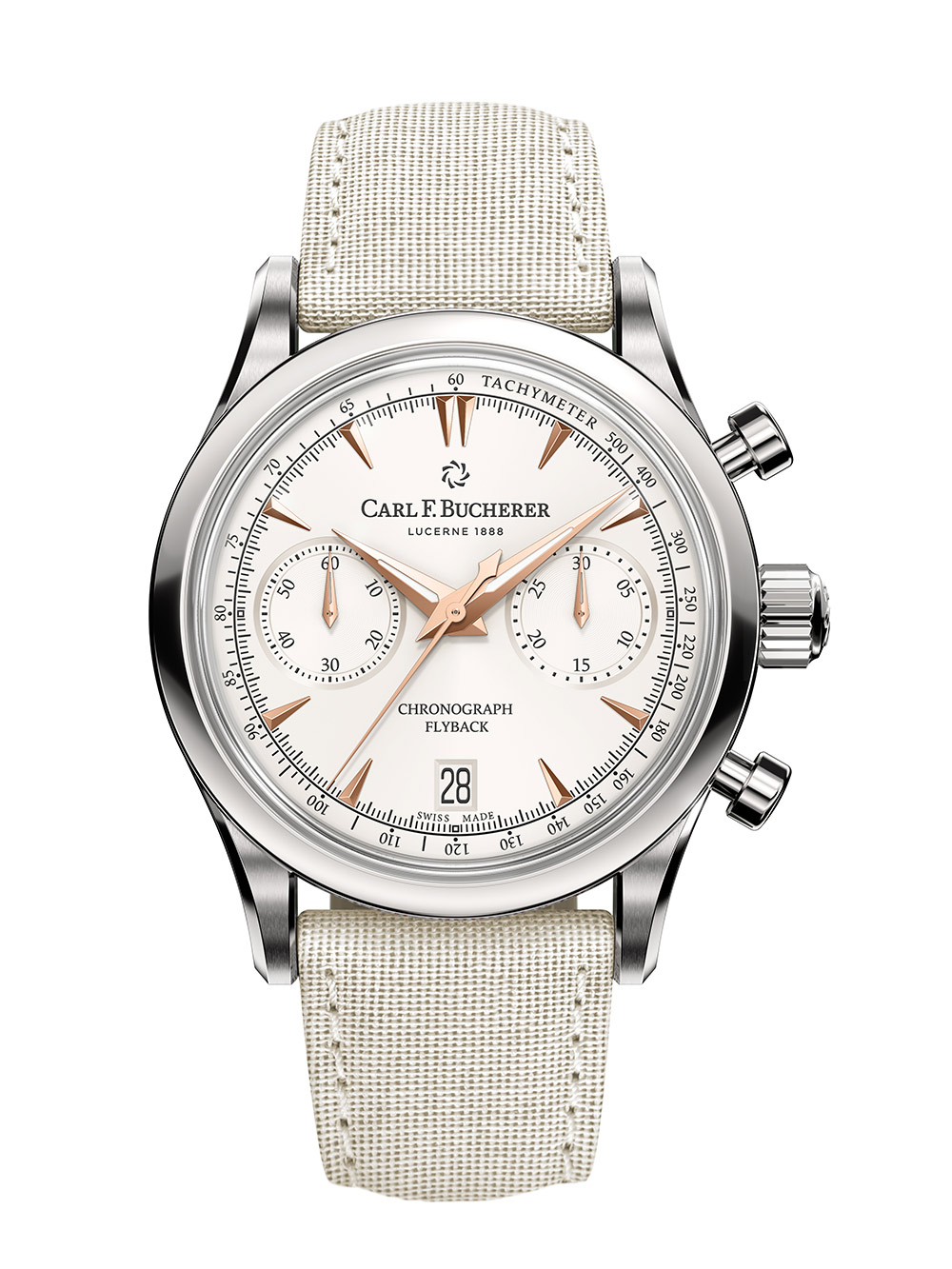 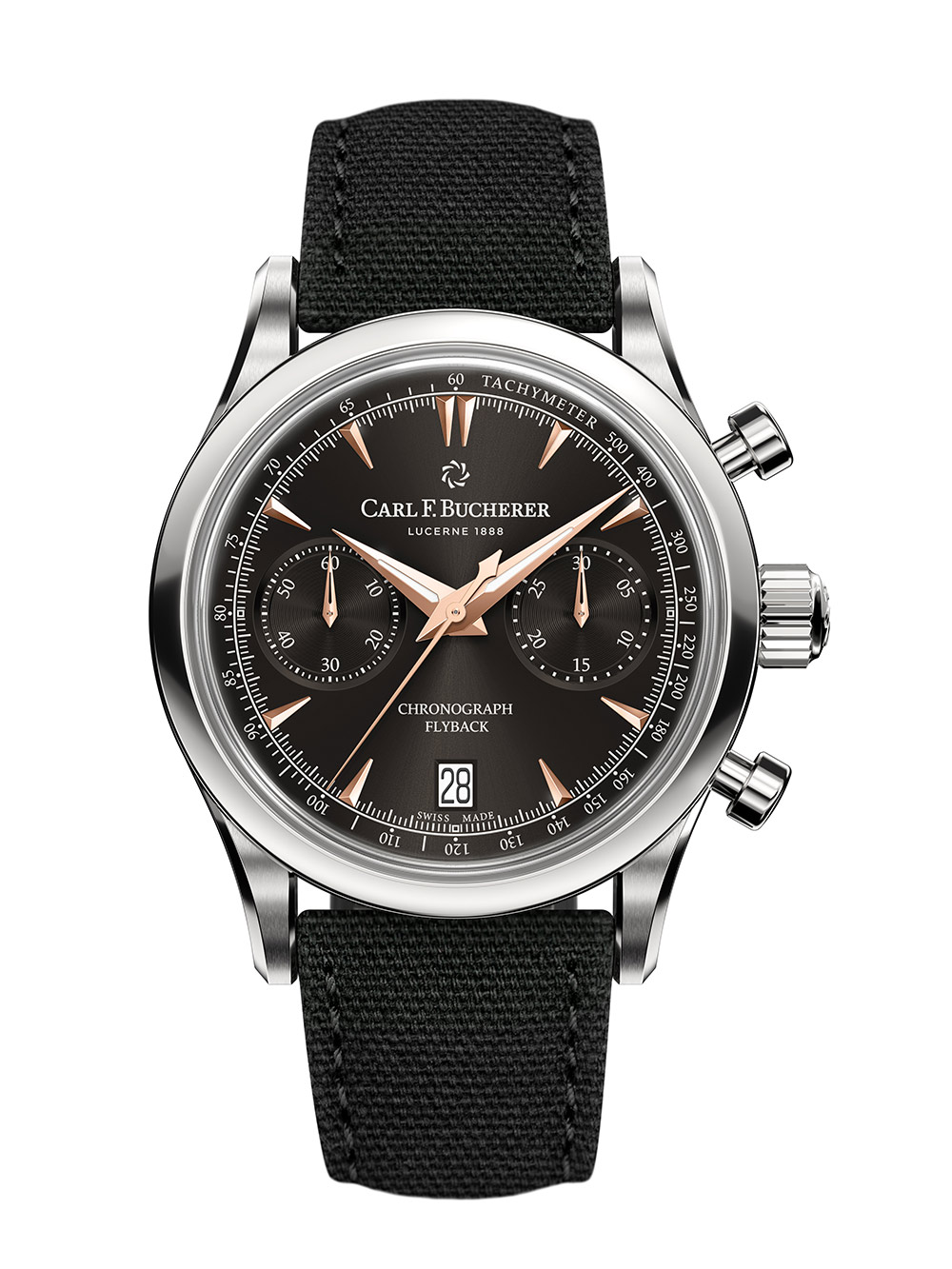 Each colour adds something unique to the design. The black option is the dressiest piece, with the black and gold colourway bringing an easy elegance. My favourite though is the red, it has a rich burgundy tone that’s really attractive and it has the most visual pop out of them all.

Under the surface, the new 40mm collection houses the new CFB 1973 automatic calibre, a proprietary movement made with La Joux Perret . It has a great 56-hour power reserve and features central hours, minutes and chronograph seconds as well as a small seconds indicator at 9 o’clock, a 30-minute timer at 3 o’clock and a date at 6. As the watch’s name suggests, the chronograph function is a flyback one, which means it can be restarted while it’s running with a single pusher press instead of having to stop, reset and restart the function separately. 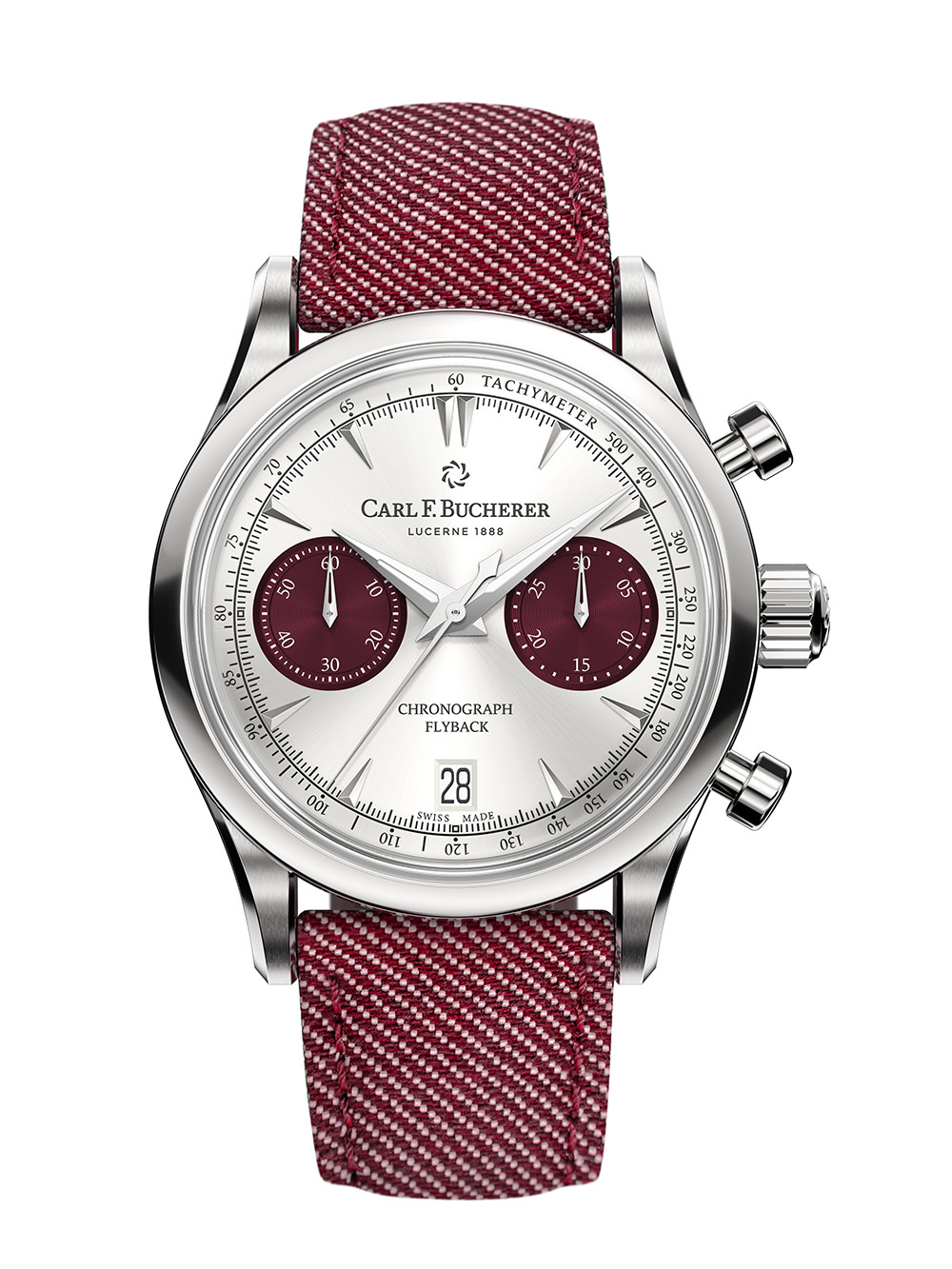 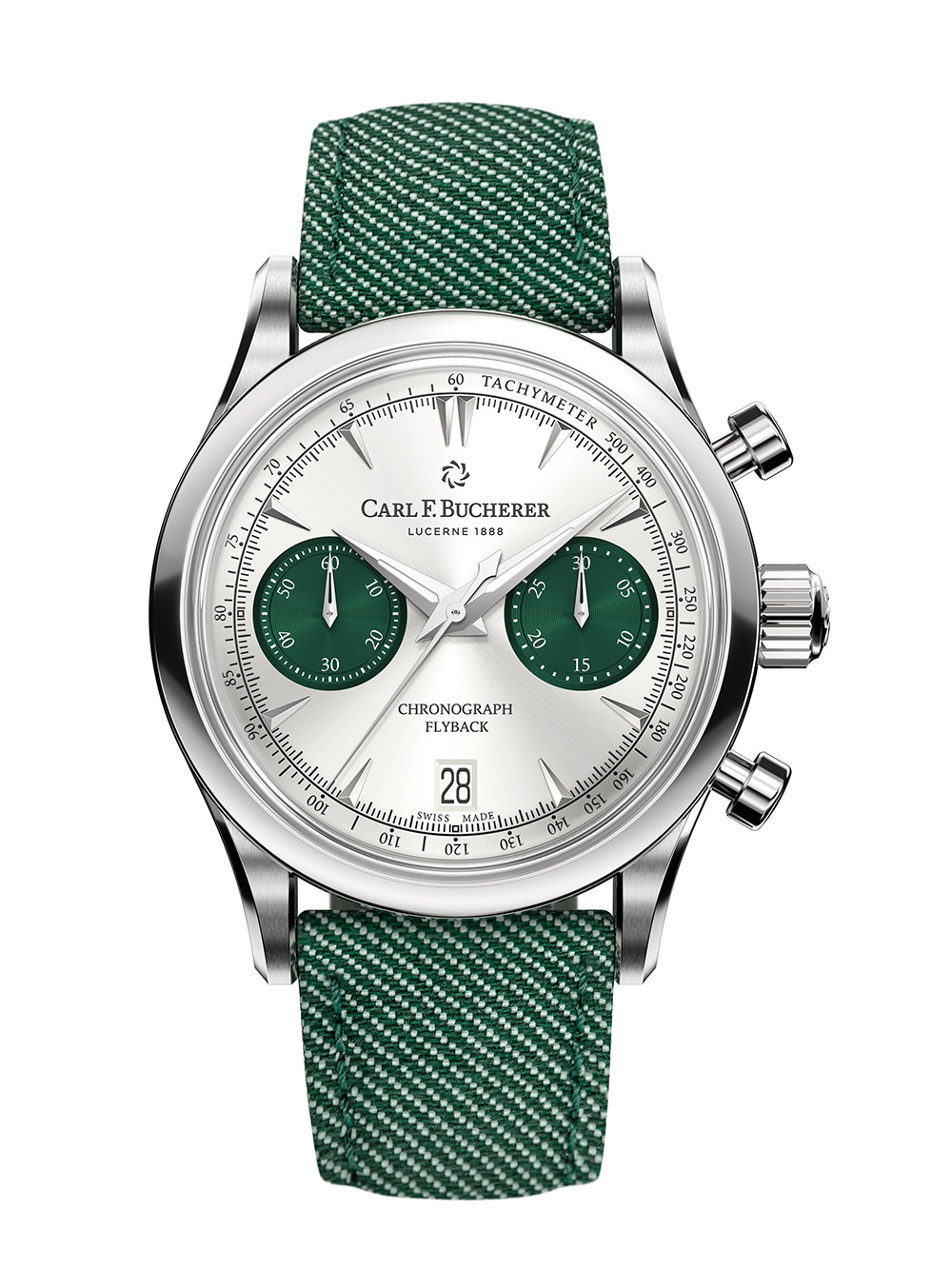 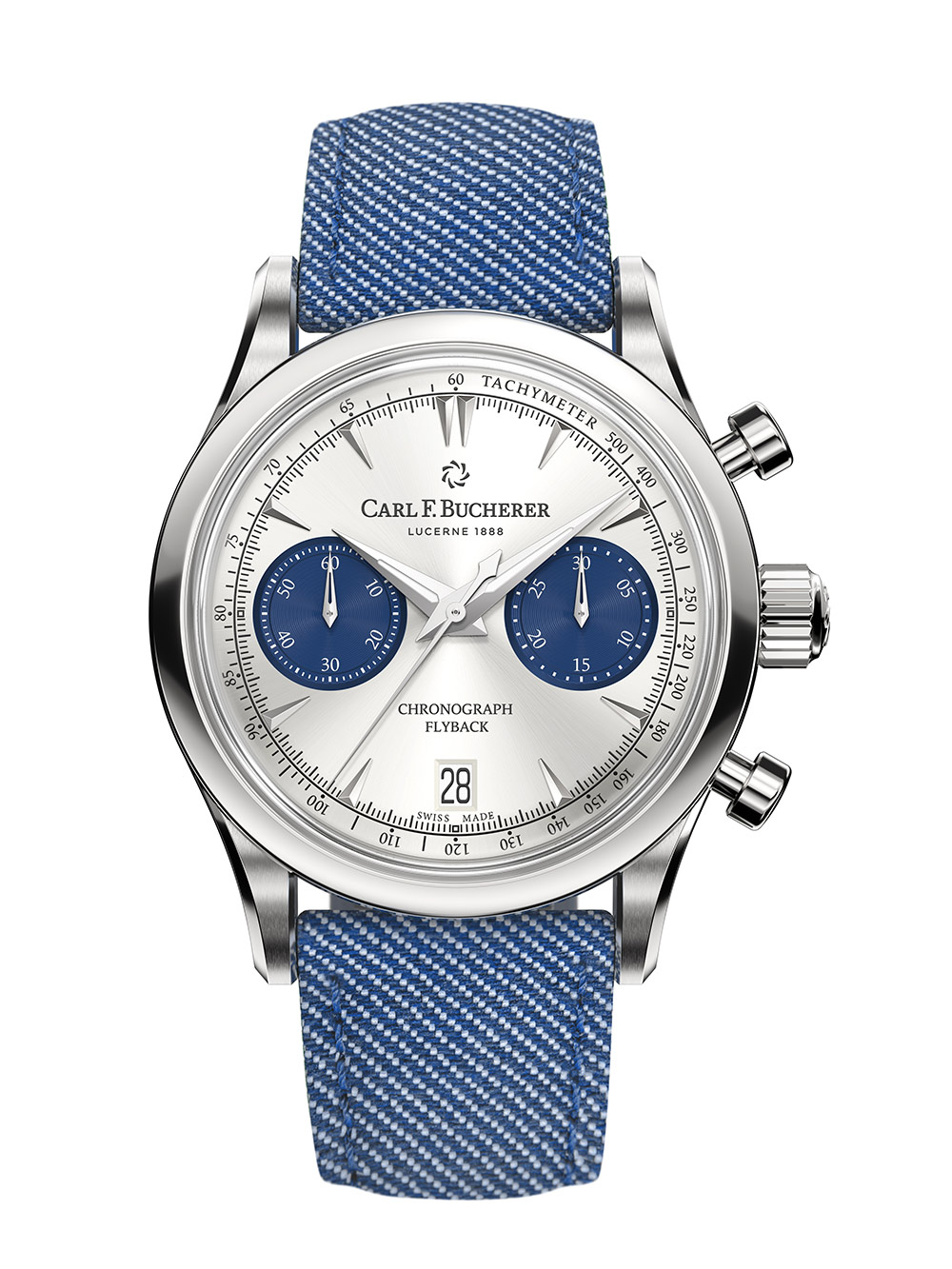 All five versions of the Manero Flyback 40mm collection are priced at £5,300, which is the same price as the larger 43mm models. However, before you start to think that it’s poor value for money for a smaller watch to be the same price as a larger one, the CFB 1973 movement’s power reserve is 14-hours higher than that of the movement found in the 43mm models. So, the money being saved with the reduced size has been reinvested in a superior movement, equating to the same £5,300 price tag.