In their annual feat of slimline ingenuity, Bulgari have released the thinnest automatic watch in the world… 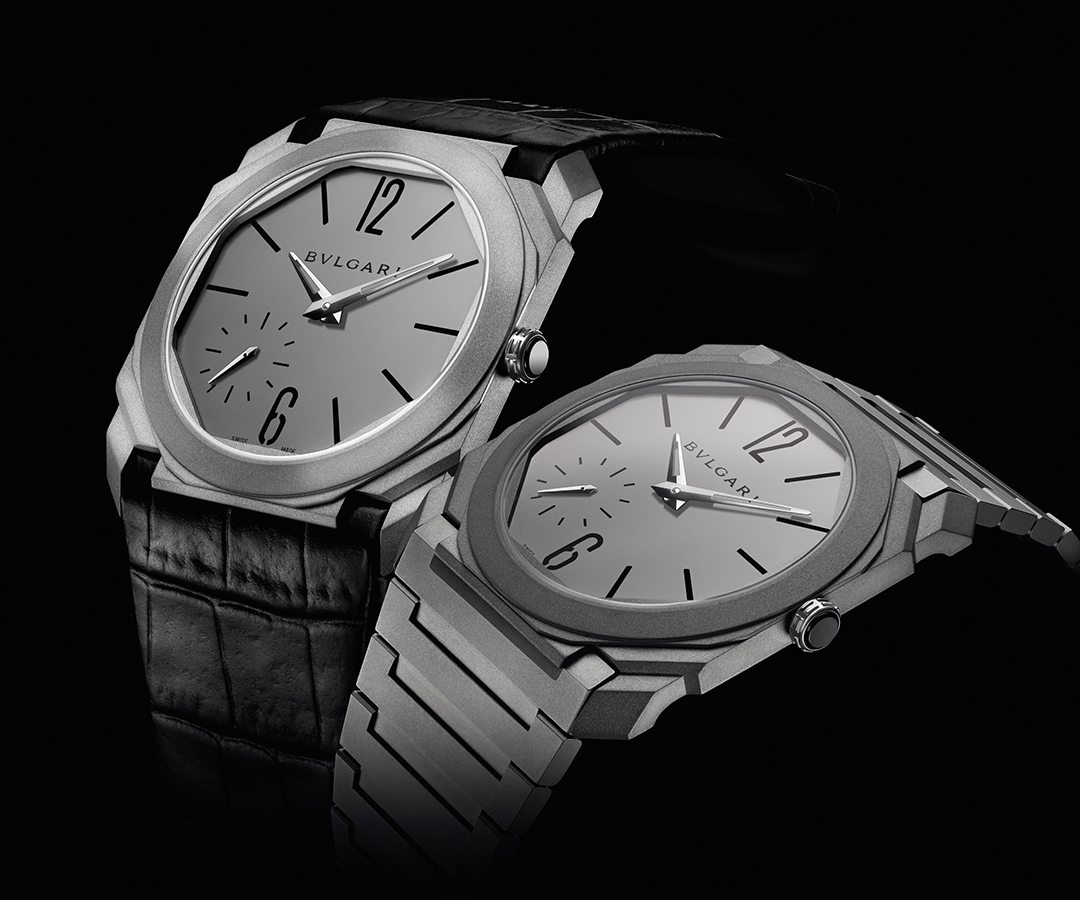 Bulgari seem to have a penchant for world records. Each year they release some new groundbreaking piece, each the thinnest of its type in the world. In the past that’s meant a tourbillion and minute repeater and now the jeweller-come-watchmaker has done it again – this time with the humble automatic watch.

Previously the world’s thinnest automatics have been the purview of Piaget’s Altiplano with its beautiful classical style and skeleton dial. The Bulgari Octo Finissimo Automatic is a different animal entirely.

For one it’s nothing you’d call heritage which, after the painful overabundance of the word at this year’s Baselworld, is a relief. Indeed the new Octo is anything but traditional; there’s nary a drop of vintage in its entire, beautifully modern bulk.

Bulk might seem like the wrong word for the world’s thinnest watch but what the Octo lacks in width it more than makes up for in its other dimensions. More than that, everything from its multifaceted case construction to the decidedly stout integrated strap screams Italian bravado, despite being just 80g. It’s not the size that counts, it’s how you use it.

Here sandblasted titanium is the material of choice, though done in a way that creates a nearly sparkling effect when compared to a normal matte finish. If it weren’t for the similarly-toned dial keeping things simple it might look a little strange. As it is however, its unique look easily makes it one of the most individual (in a good way) watches of the year so far. 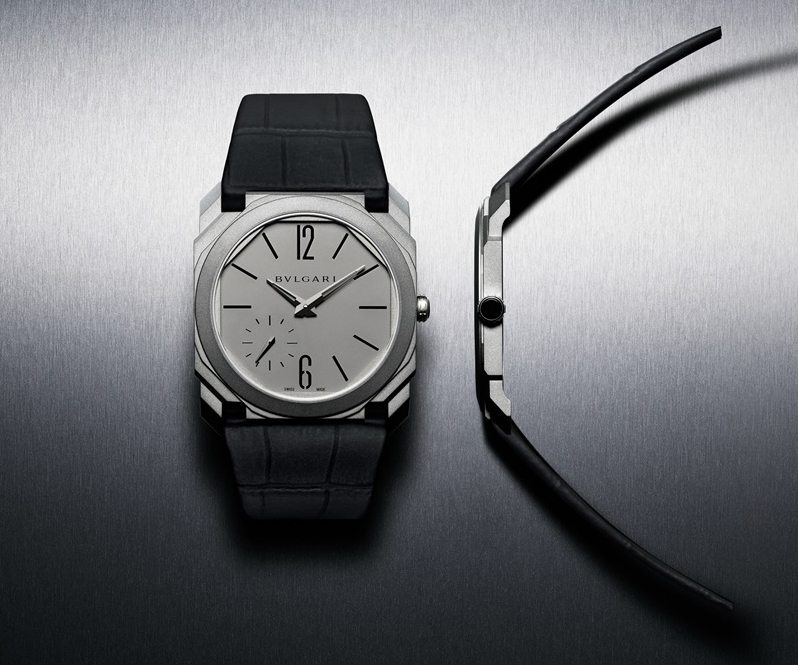 In fact we’d go so far as to call the Octo Finissimo Automatic one of the finest smart / casual watches out there. Even if it weren’t the world’s thinnest it would be a spectacular looking timepiece, as fit for lounging aboard a yacht in the harbour of Portofino as a grand Venetian ball. It should be too; this is the culmination of nearly a decades worth of refinement.

The Octo as we see it now was introduced by Bulgari in the 2000s. The original was of course created by the legendary Gerald Genta, a little while previously, but unlike the jewellery designer Bulgari couldn’t settle for such an eclectic line of pieces. Like any major player it needed more cohesion – a cohesion that was built around a somewhat fatter version of the Octo Finissimo.

This creation not only caps off those decades of evolution aesthetically but technically as well. As you’d expect from a record attempt, Bulgari has used its own in-house movement, namely the BVL 138. The micro-rotor ensures it loses precious inches but there’s still been some compromise on the size of the balance spring. Somehow though, this hasn’t affected the power reserve too much, which sits at a not-too-shabby 60 hours.

Given previous years we were expecting Bulgari to run out of high complications before coming back around to something as simple as an automatic. Still, given the results we’re more than happy they have; something that likely can’t be said of Piaget at the moment. Still, there’s always next year.