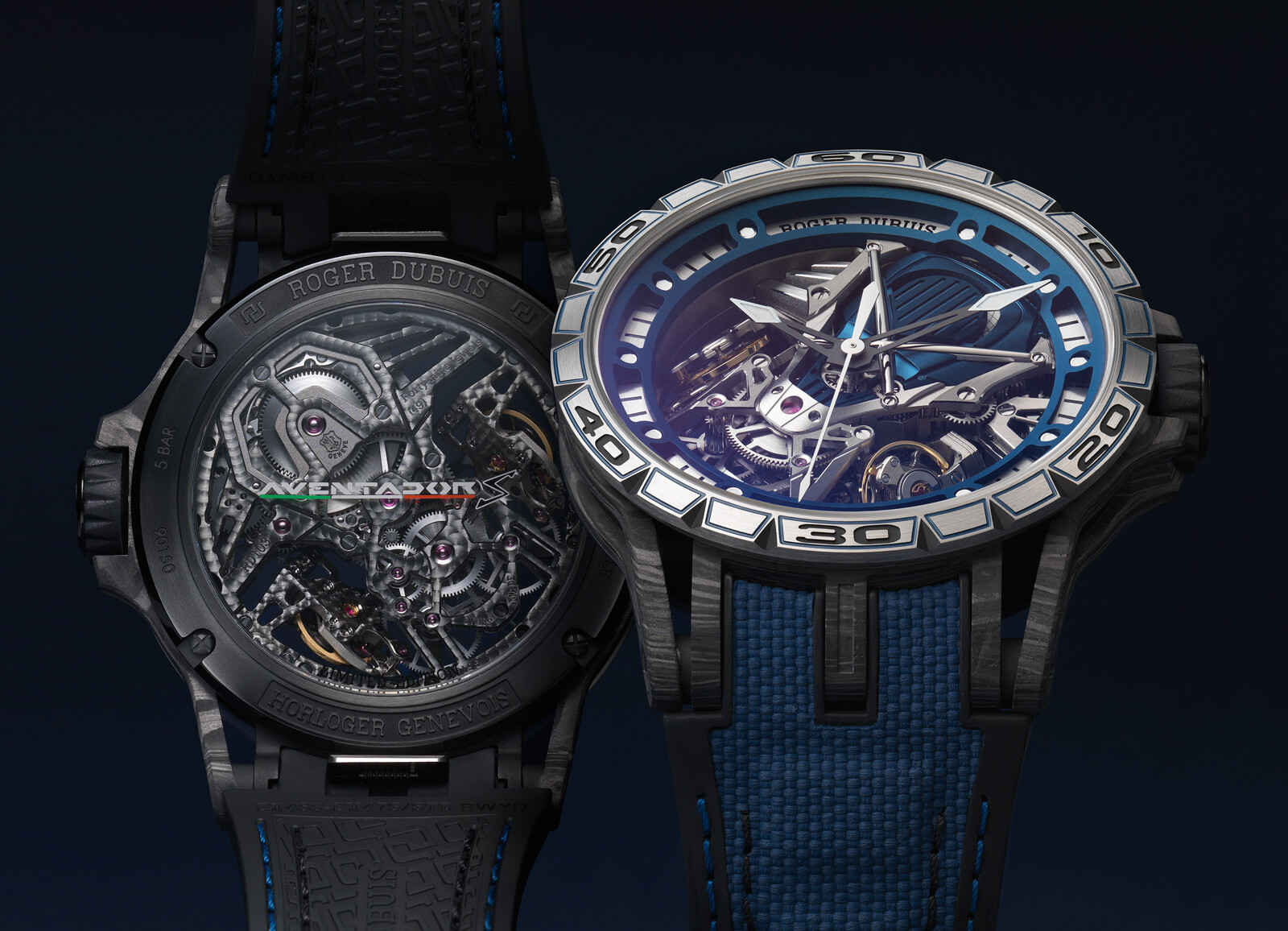 Swiss luxury watch retailer Bucherer has been producing more than its fair share of liveried limited editions this year and, as 2018 draws to a close, they’re making one last horological sprint before the finishing line with some serious performance watches. Say hello to their latest collab with Swiss watchmaker Roger Dubuis – the Bucherer Blue Collection.

As the word ‘collection’ suggests, this is above and beyond the usual single watch affair. In fact, there are three very different entries into the collection, the last of which is by far the most surprising. 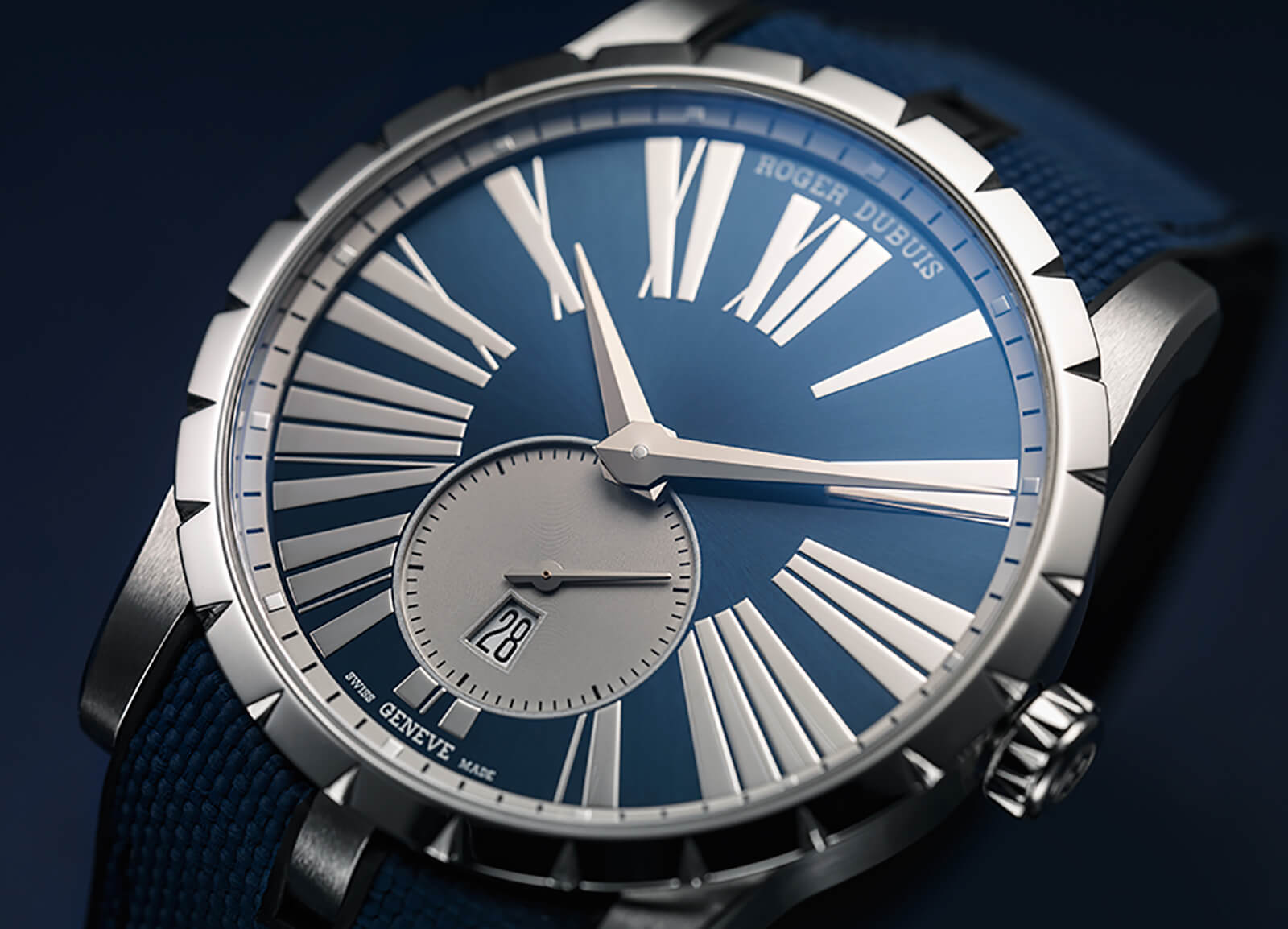 First up we have the simplest, the 42mm Excalibur 42 Blue Edition, an automatic in stainless steel. You can already guess what it looks like. This being the more classical Excalibur – though we still wouldn’t exactly call it traditional – the dial is an actual dial rather than openworked, complete with elongated Roman numerals and, of course, plenty of Bucherer blue. 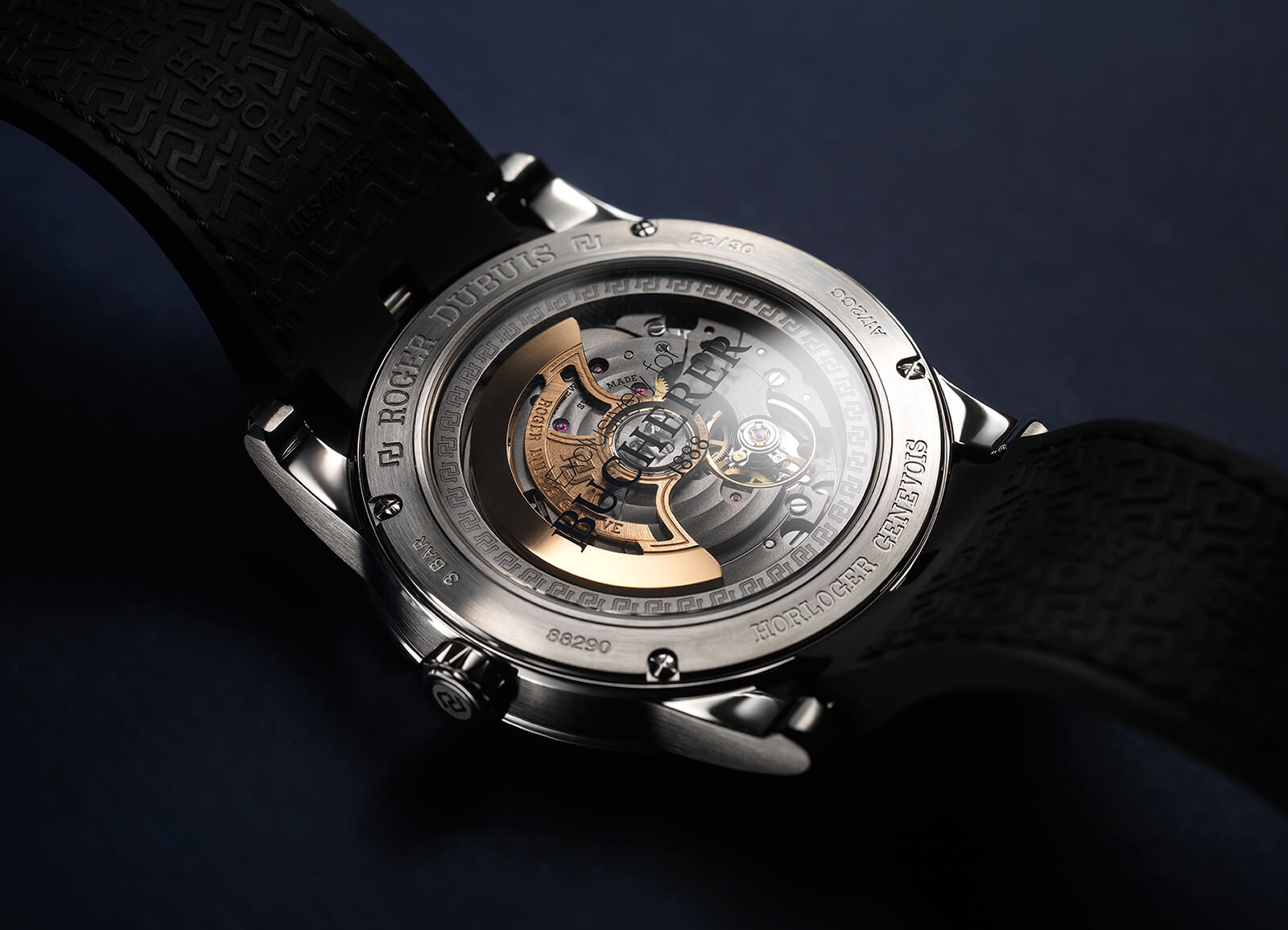 It has the same RD830 Automatic movement and that signature notched bezel, complete with a matched Bucherer blue strap. So far, so self-explanatory. The only difference really is that rather than Roger Dubuis’ obsession with the number 8, this particular watch is limited to 30 – fitting, given that it’s the 30th Blue Edition. 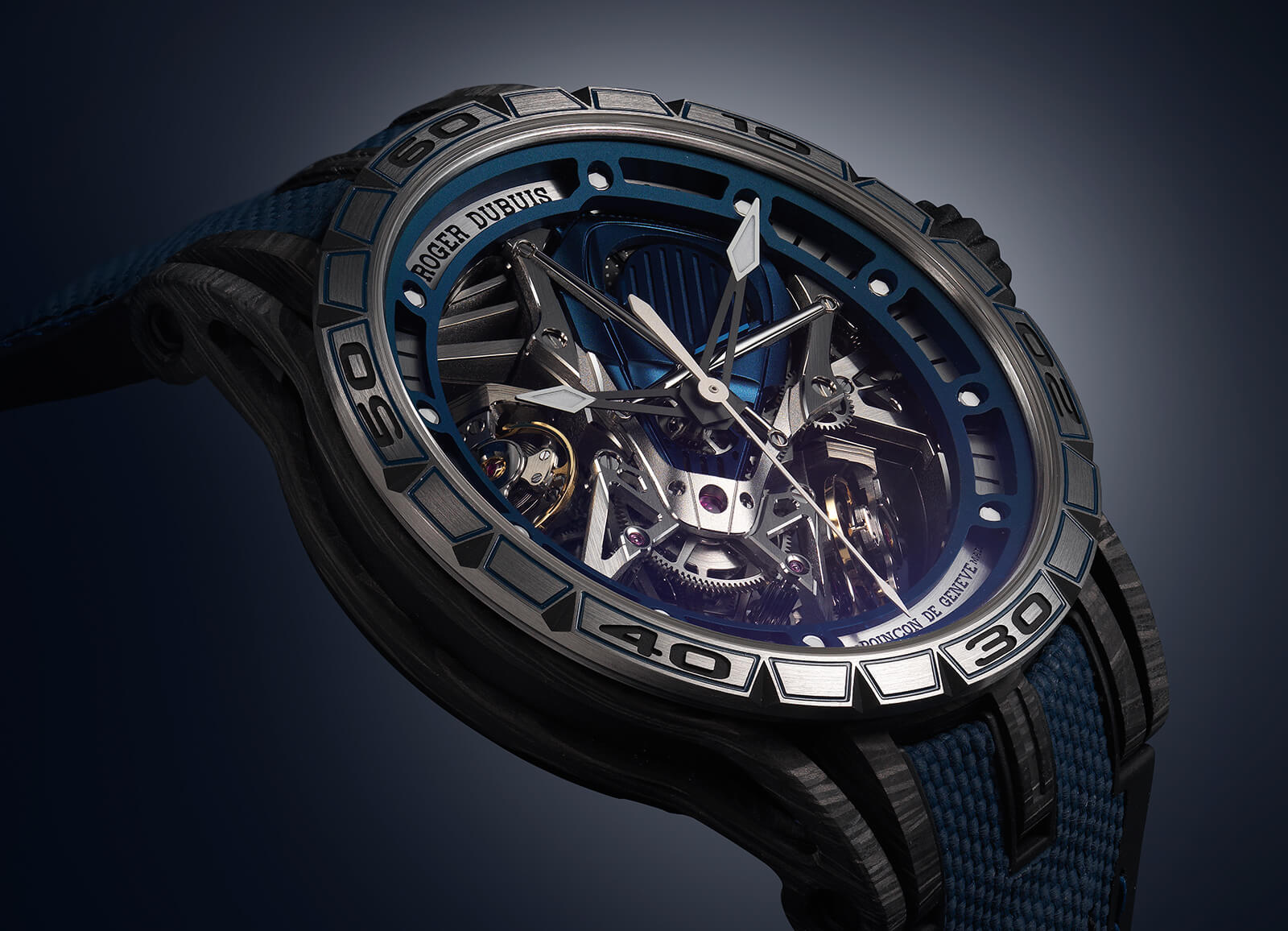 Then we kick things up a notch with Roger Dubuis’ Lamborghini partnership and the awesome 45mm Excalibur Aventador S Spider 45 Blue Edition. This watch is exciting no matter how it’s dressed, but it has to be said that it suits its blue makeover, with both the titanium and coated carbon on Bucherer’s signature hue. The simple two-colour design emphasises that unique skeleton double balance RD103SQ calibre, designed to imitate the V12 engine of the Aventador. 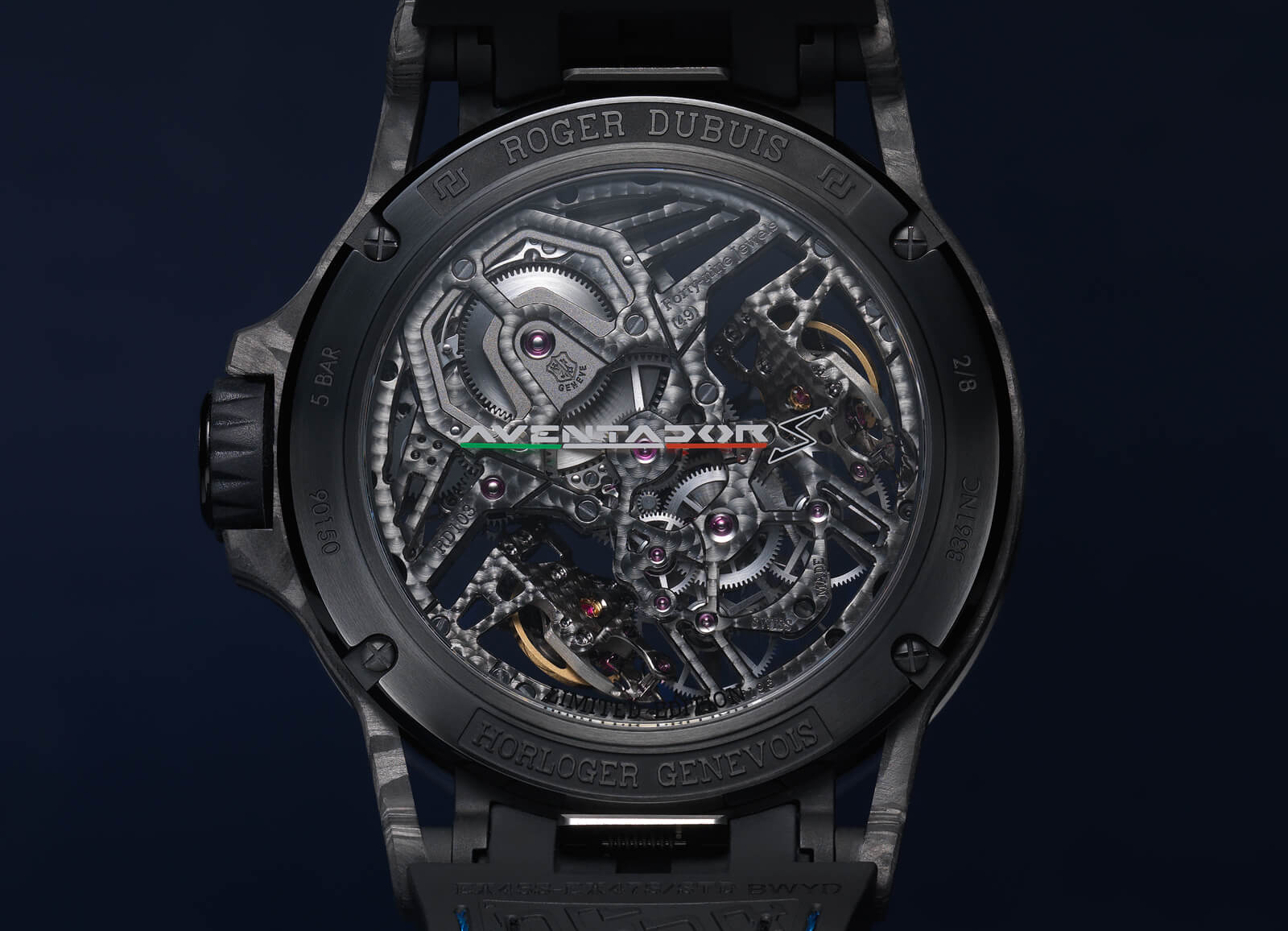 It houses five patented horological innovations as well as a hell of a lot of motorsport influence. We covered it last year here, but in short it’s arguably the closest thing you can get to a Lamborghini on your wrist, both in terms of engineering excellence and sheer price tag. That said, if you’d rather have your Lamborghini on four wheels… well, Bucherer have you covered there, too.

The third, final and most magnificent entry into the Bucherer Blue Editions canon isn’t a watch, but a car: the Lamborghini Aventador S Blue Edition. Most petrol heads can read off its specs by rote: 0-100 km/h in 2.9 seconds. A stop speed of 350 km/h. A V12 engine that sounds like a hurricane. It’s one of the quickest, most insane cars out there. 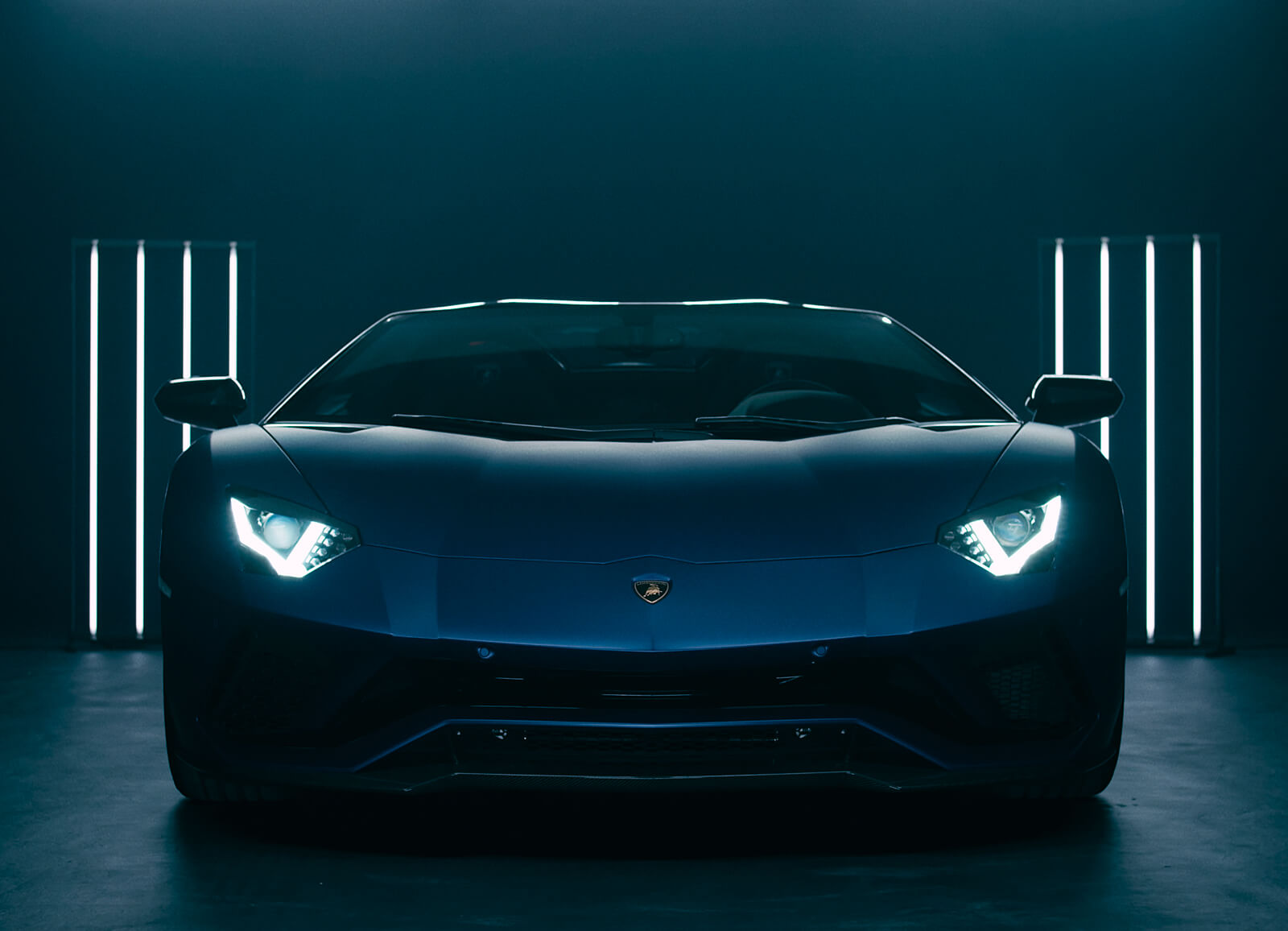 The outside is in what they call Blu Kairos, a unique paint job developed specifically for this unique edition. So far, so good. However, inside is where the serious action is. There’s plenty of blue of course, but whoever stitched the headrests seems as obsessed by the number 8 as Roger Dubuis, this time in reference to Bucherer’s founding date of 1888. 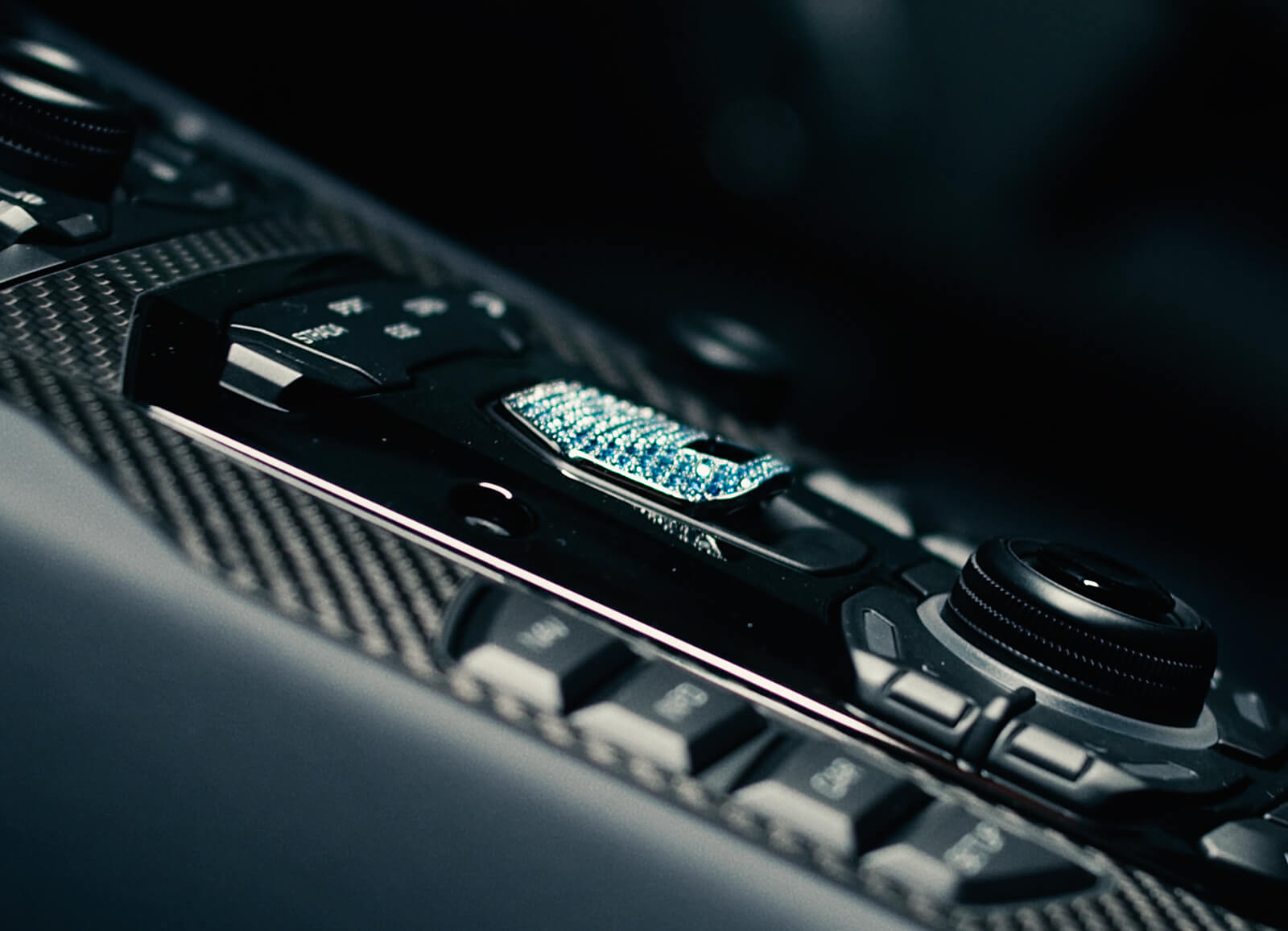 There’s further stitching between the backrests that shows off the curves of Roger Dubuis’ Aventador-inspired Excalibur, and blue-inserted footmats. The highlight though is what happens when Burcherer Fine Jewellery gets involved: a start button cover embellished with a total of 207 sapphires weighing a total of 7.47 carats.

As you can imagine, the price for the Lamborghini is just as outrageous: CHF 600,600 – just over 480,000. Well, would you have expected a unique Lamborghini to be going cheap?