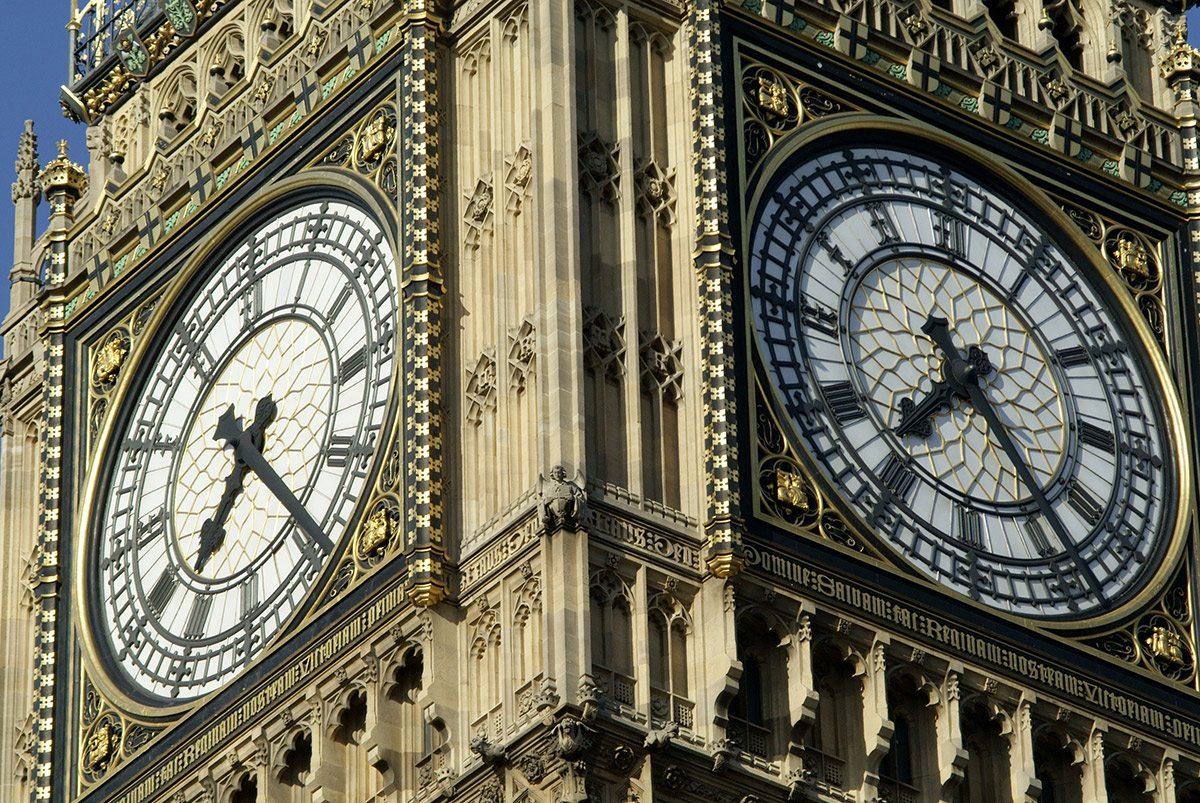 It’s the end of an era as Big Ben, icon of London and universally recognised landmark falls silent. Well, for your years at least as the bell and tower go through some much-needed repairs. If like us you long to fill that acoustic void, you could always treat yourself to a minute repeater.

Needless to say the minute repeater is one of the most advanced complications in watchmaking, making it an aspiration for plenty of ateliers. Here however are the five that we think do it best… 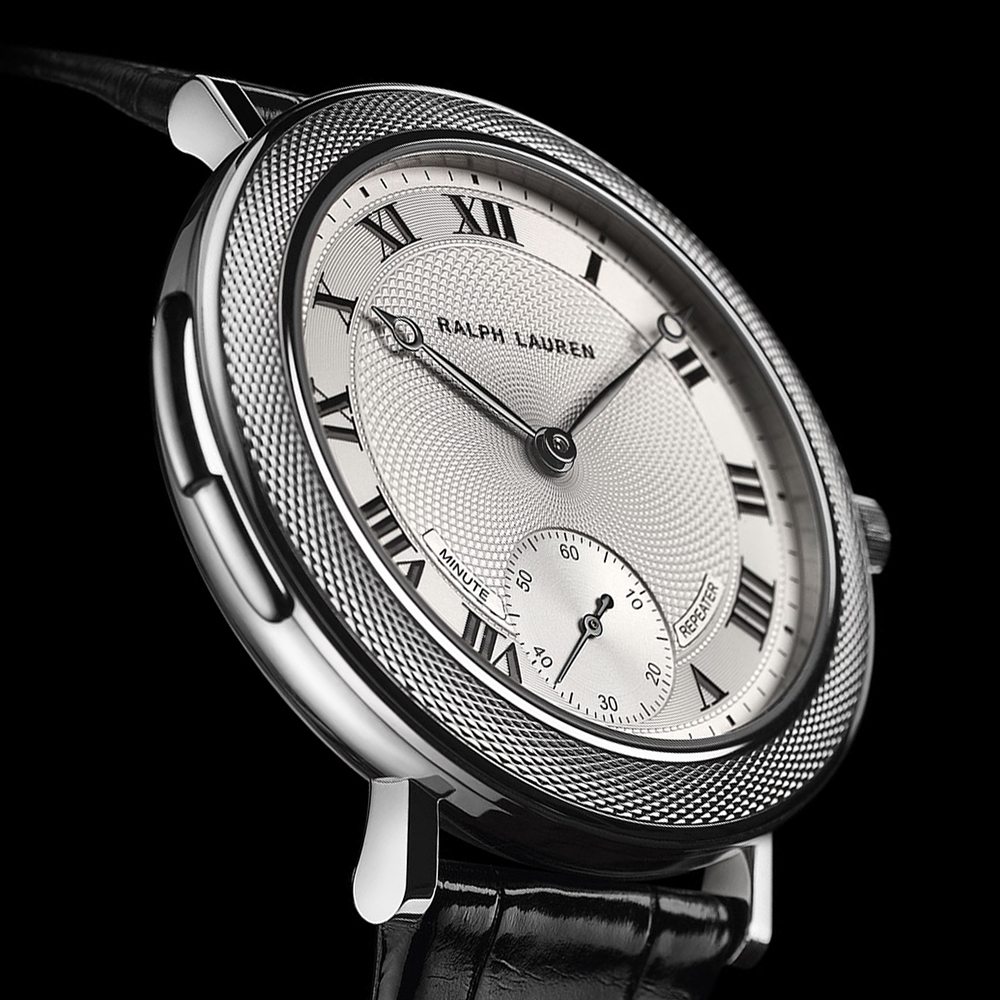 It might seem strange for Ralph Lauren to be dallying in high complications, but then to some people them making watches at all seems strange. We’d not hear a word against their impeccably-styled collection and the same goes for the new Minute Repeater.

An homage to Art Deco, it’s one of the most classical minute repeaters around. Not only that but it’s surprisingly thin at just over 10mm thick. Covered in fine guilloche it’s not quite what you expect from the quintessential American designer, but it’s one hell of a lovely watch. 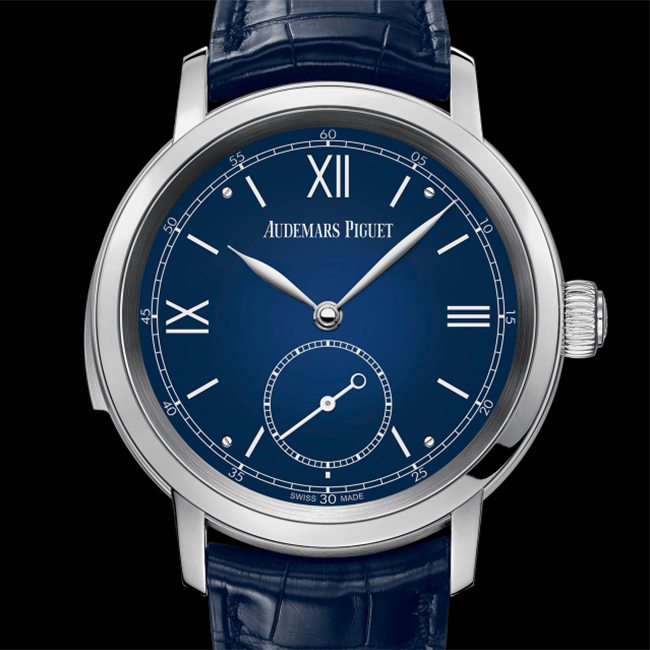 AP and restrained refinement don’t always go hand-in-hand – they’re still best known for the Royal Oak after all – but when the two do come together it’s music to our ears. With it’s simple shape and smoked blue enamel dial the Jules Audemars take on the minute repeater is minimal to the point of sparse without a touch of immediately visible embellishment.

The 950-platinum case is deceptively large at 43mm, not to mention 13.15mm thick, but despite that size it’s still among the most elegant timepieces from the usually uncompromisingly contemporary Audemars Piguet. 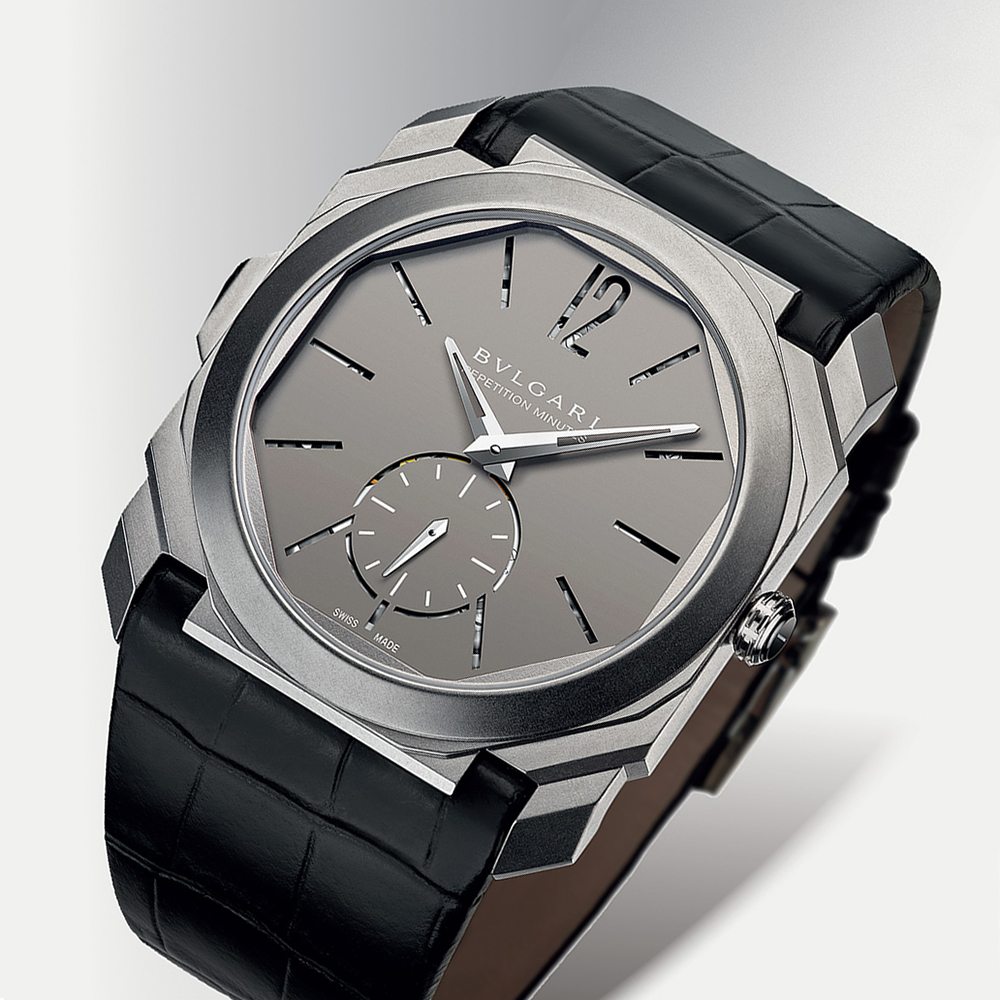 Now, we’re well aware this one isn’t exactly new but given that it’s the world’s thinnest minute repeater by a good margin (something we don’t see changing any time soon) it’s always worth including. Even without that little horological accomplishment, the Octo Finissimo is a devilishly handsome watch.

With a titanium case and dial, it’s incredibly light yet the machined slots doubling as indexes let the chimes hit well above their weight class. That titanium also doubles down on the Octo’s innately modern, masculine look. This minute repeater is anything but classical. 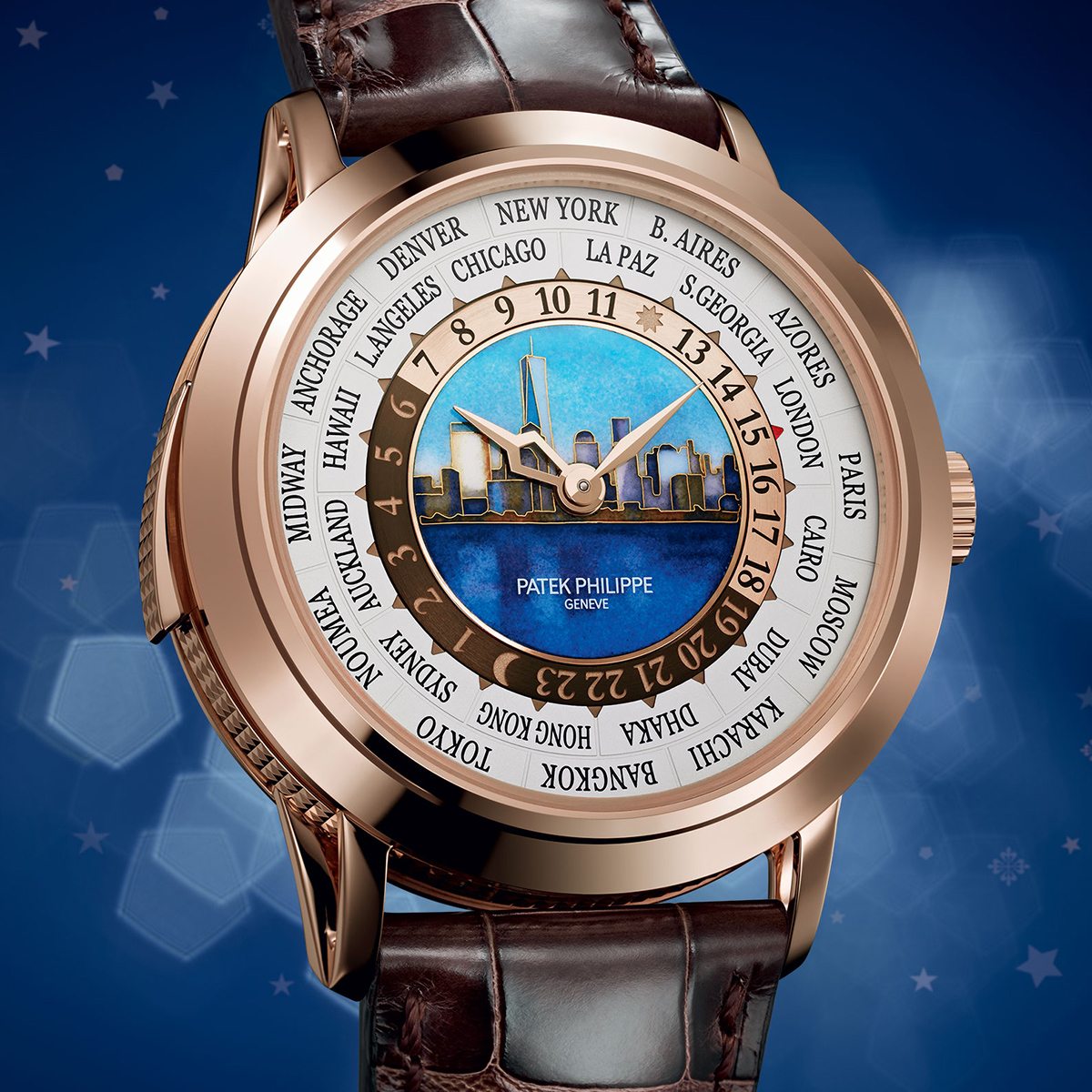 It’s quite a name, one that doesn’t really trip off the tongue, but then again Patek Philippe’s near-insane minute repeater is quite a watch. Unveiled as part of last month’s NYC exhibition, it does more than simply chime out the local time.

Rather than just being a world-timer with a minute repeater thrown in, the two complications are inextricably linked: the watch can sound out any time zone in the world. It’s an amazing watchmaking feat, almost enough to overshadow the painstaking, hand-painted dials showing New York at different times of day. 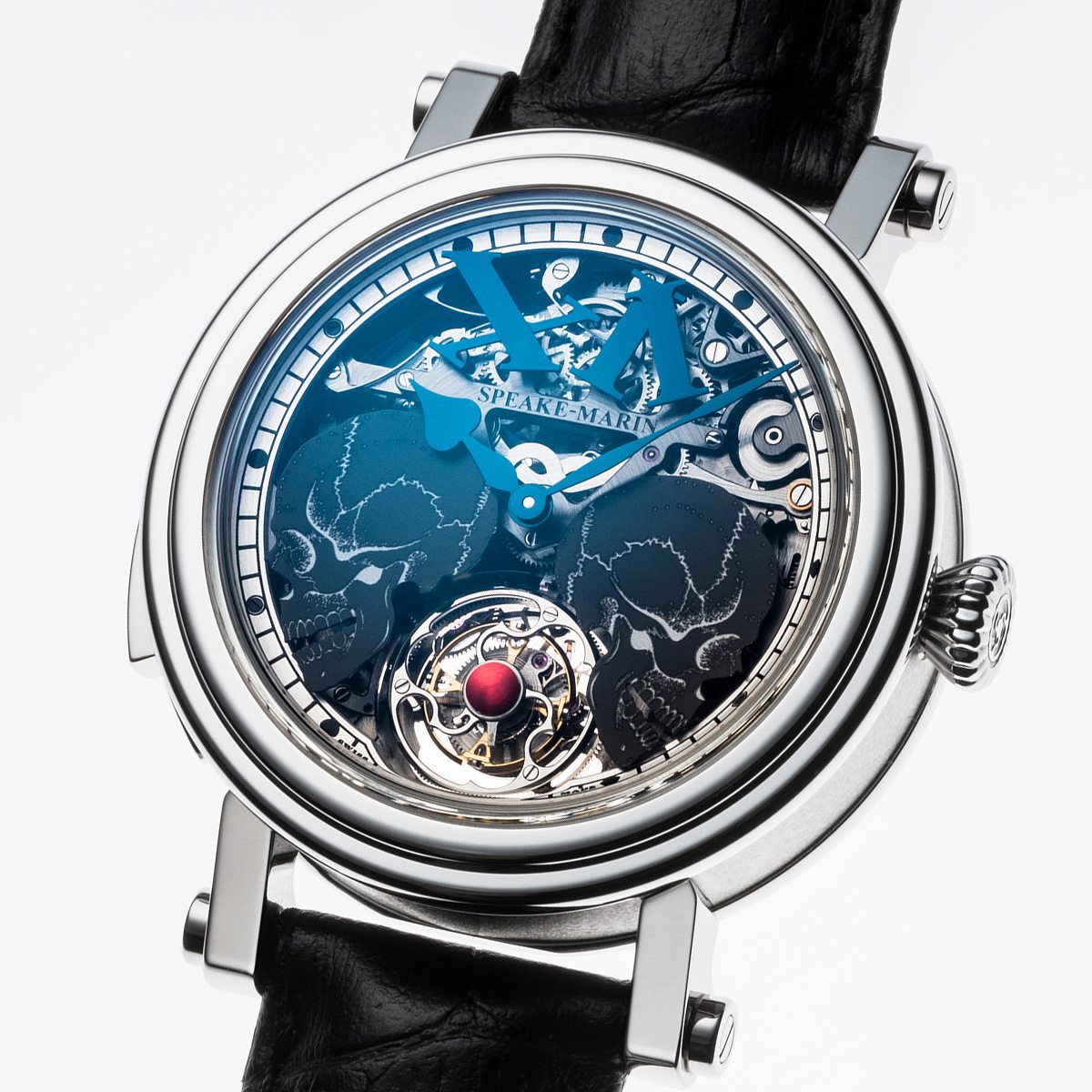 Even the most ‘basic’ of minute repeaters has more than a little pomp and ceremony. None have quite as much as Speake-Marin’s however. The open-worked dial reveals all the beautiful inner workings of the watch, but you need to activate the minute repeater to see the full show.

As the watch starts chiming its three gongs, the pair of aluminium skulls parts to reveal the beating heart of a 60-second tourbillon underneath. If you wear Alexander McQueen and like a bit of dramatic flair in your watch, this is one for you.