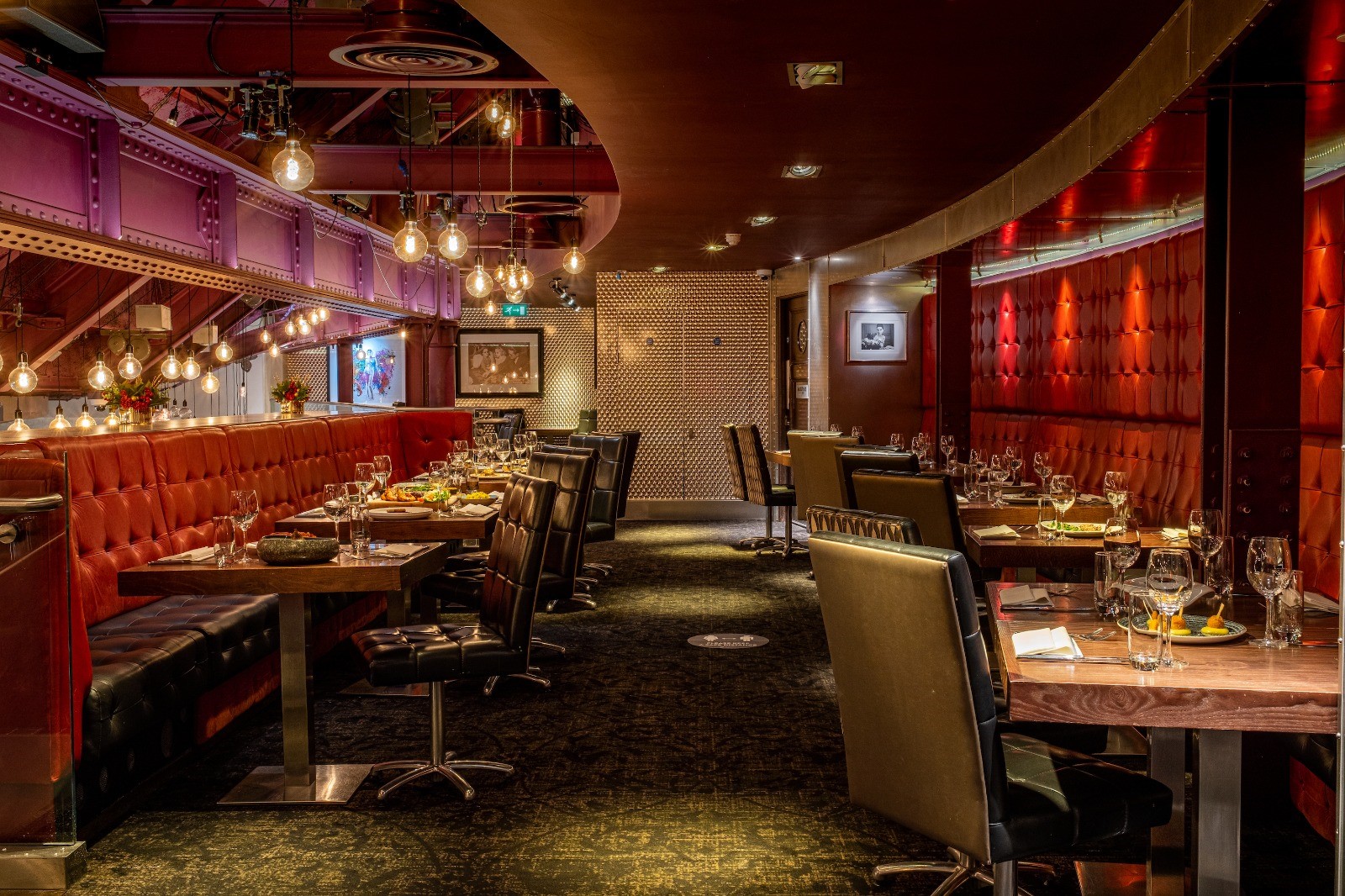 Helmed by Ioannis Grammenos – the world’s first ‘Meatologist’ – Heliot Steak House is one of the foremost steak restaurants in London, despite the dubious location inside Leicester Square’s Hippodrome Casino. Ioannis served as head judge for the 2021 World Steak Challenge, a competition to find the best steaks in the world, and used his position to turn three gold medal cuts into a unique, limited-edition menu. Each of the three cuts are served as a starter – tataki, tartare and rib-eye Korean style – and by itself as a main. Hyperbole doesn’t even come into it; this is the best steak menu in London right now. Get it while you can. 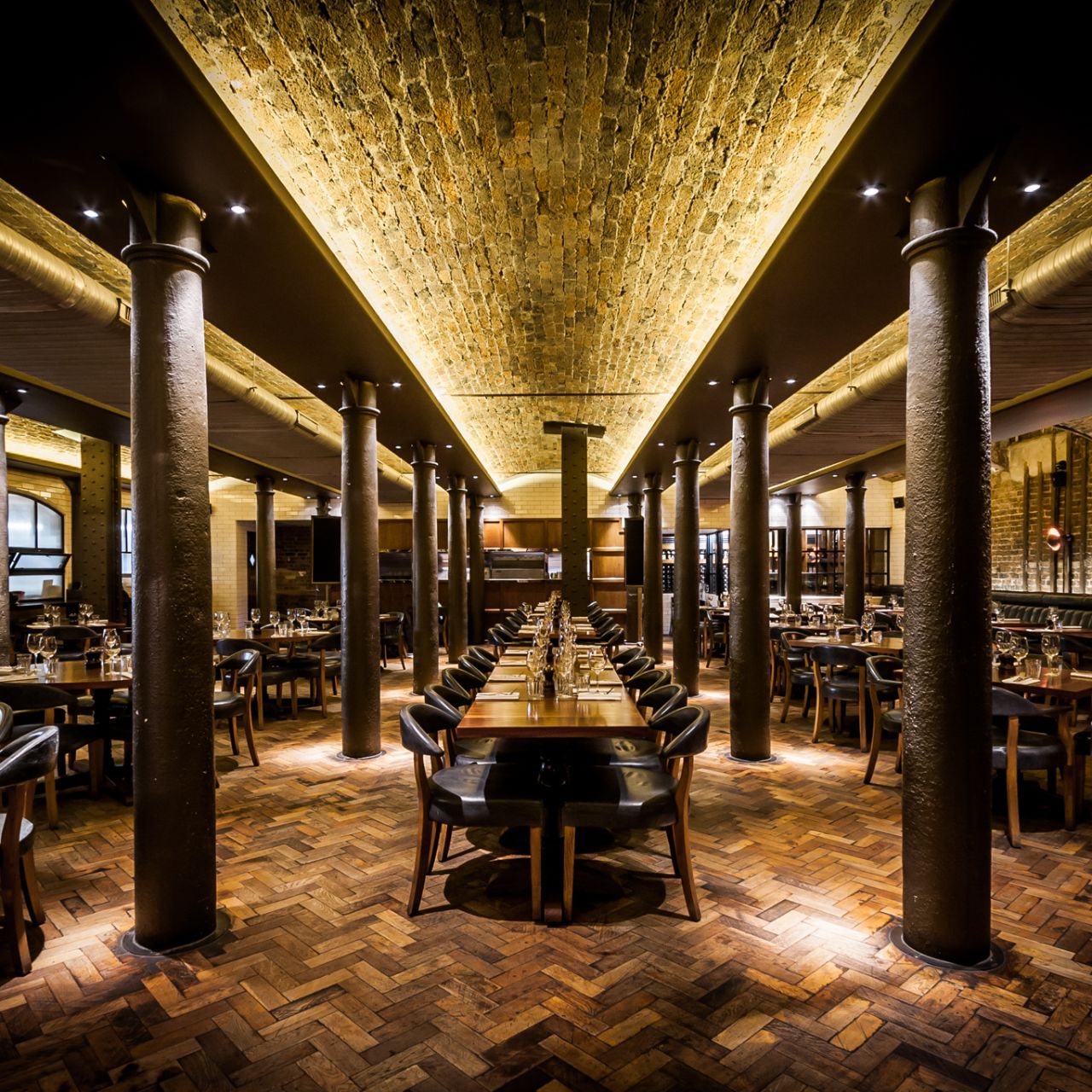 The Hawksmoor may as well be a national institution, with restaurants in London, Edinburgh, Manchester, Liverpool and even New York. While many restaurants laud the qualities of Japanese and American steak, The Hawksmoor champion British beef, firmly putting cattle reared in the UK on the steak-lover’s map. Additionally, the entire restaurant group operates at carbon neutrality, proving that there’s place for meat in a sustainable world. For our money, it’s all about the high ceilings and pillared magnificence of The Hawksmoor Seven Dials. Either way, don’t forgo the mac ‘n’ cheese. It’s the stuff dreams are made of. 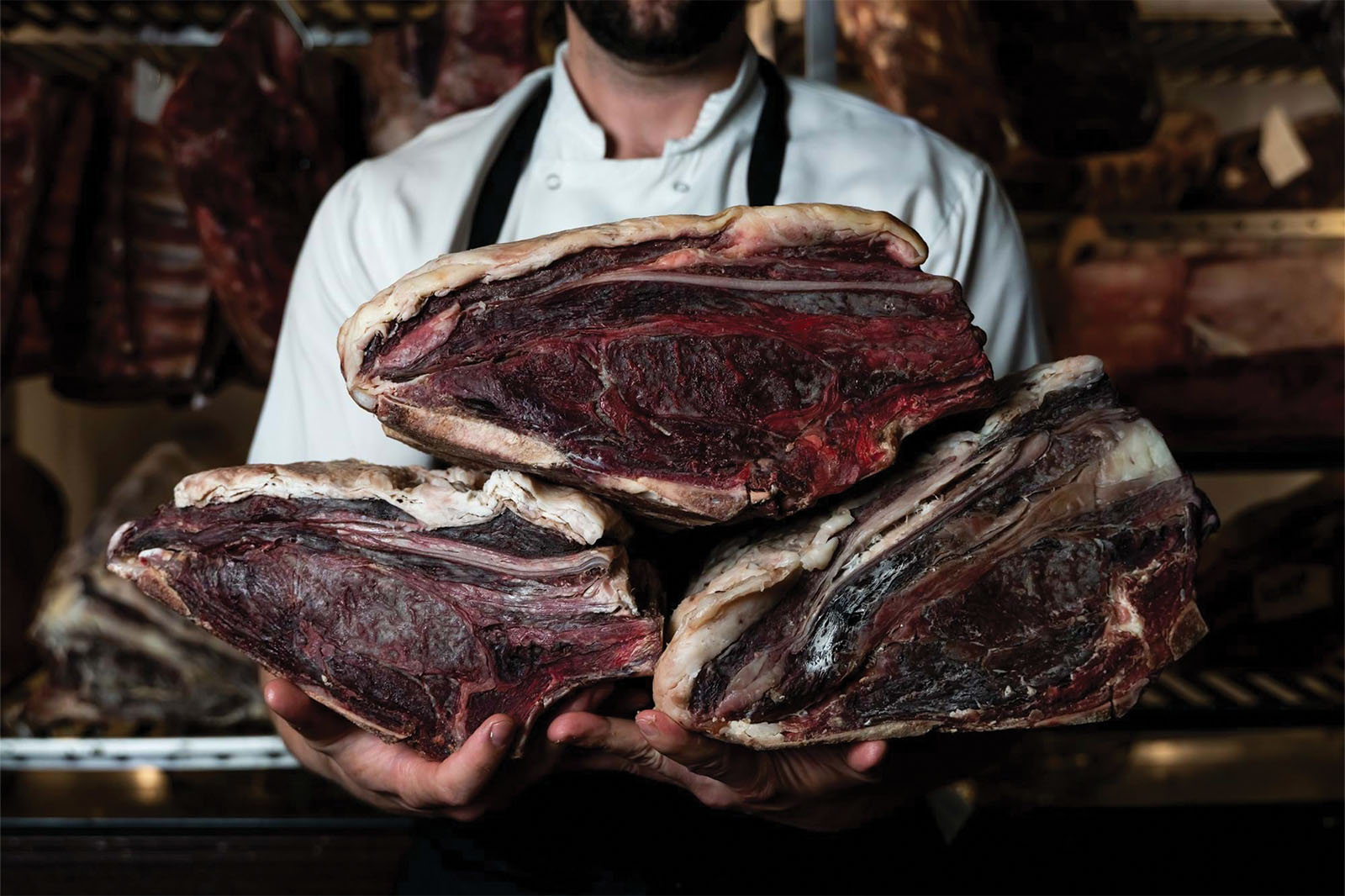 Steak or crab – why decide? Beast is part fine dining, part primal, hunter-gatherer with whole Norwegian crabs going claw to hoof with Australian chateaubriand, and native lobster with Lake District rib-eye. The meat is cooked on a specially designed grill over a mix of oak, birch, chestnut, hazel and alder charcoal. The combination provides the ideal blend of heat and smoke to cook and flavour the cuts. Though if you can’t decide, there’s always the tasting menu. At £120 of beef and seafood, it’s without a doubt the most extraordinary surf and turf in London – and don’t be shy about cracking into it all; the place is called Beast, after all. 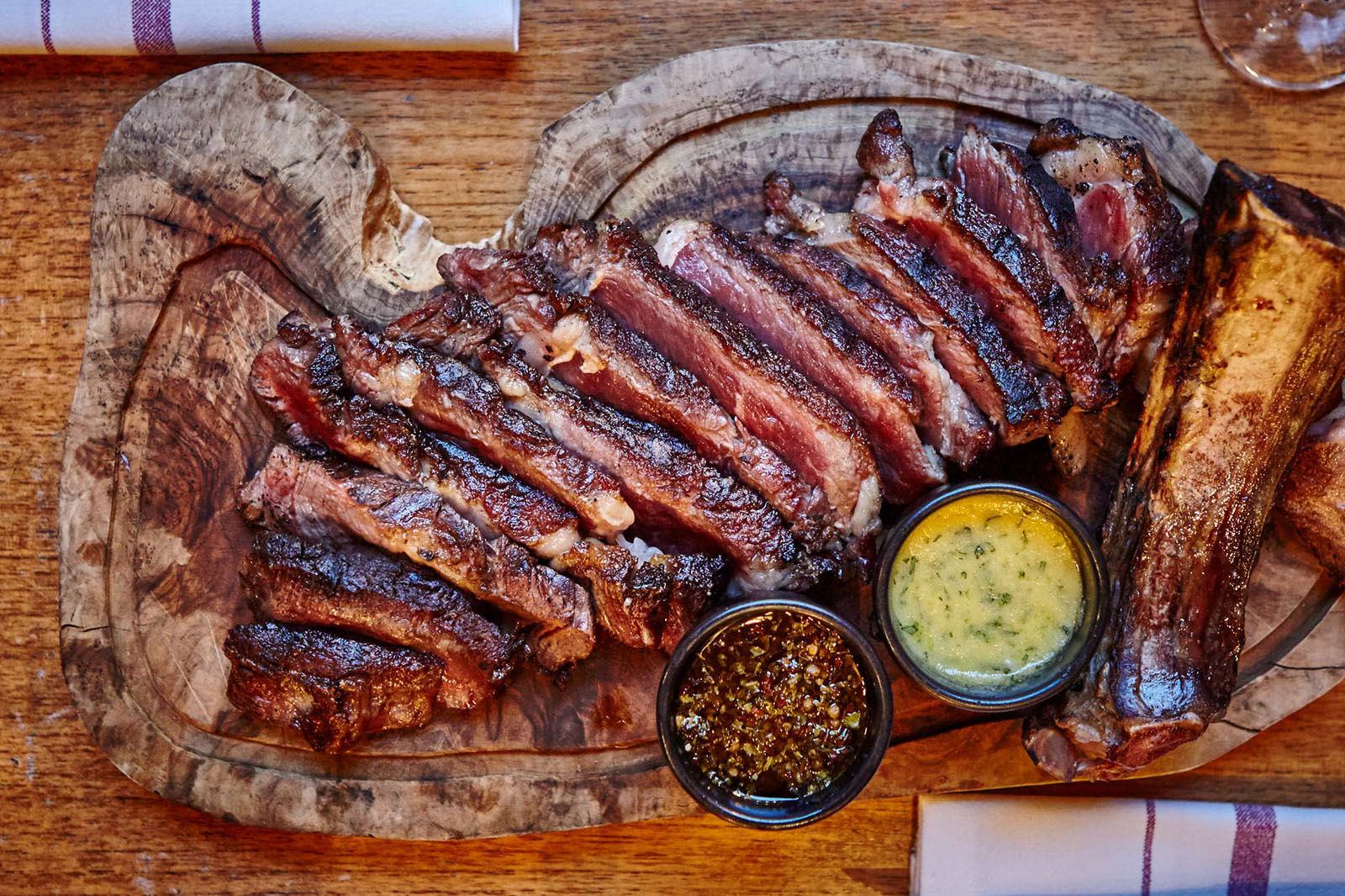 With a focus on a friendly and open atmosphere, the Jones Family Kitchen makes high end steak unpretentious and is ideal for introducing new foodies to the art of fine meat. They specialise in traditional grass-fed Longhorn cattle, which produce tender meat due to their naturally relaxed bearing and ability to create muscle without generating an overabundance of fat. Add a handful of beautiful chips and some greens and it’s the most quintessential steak dish around. 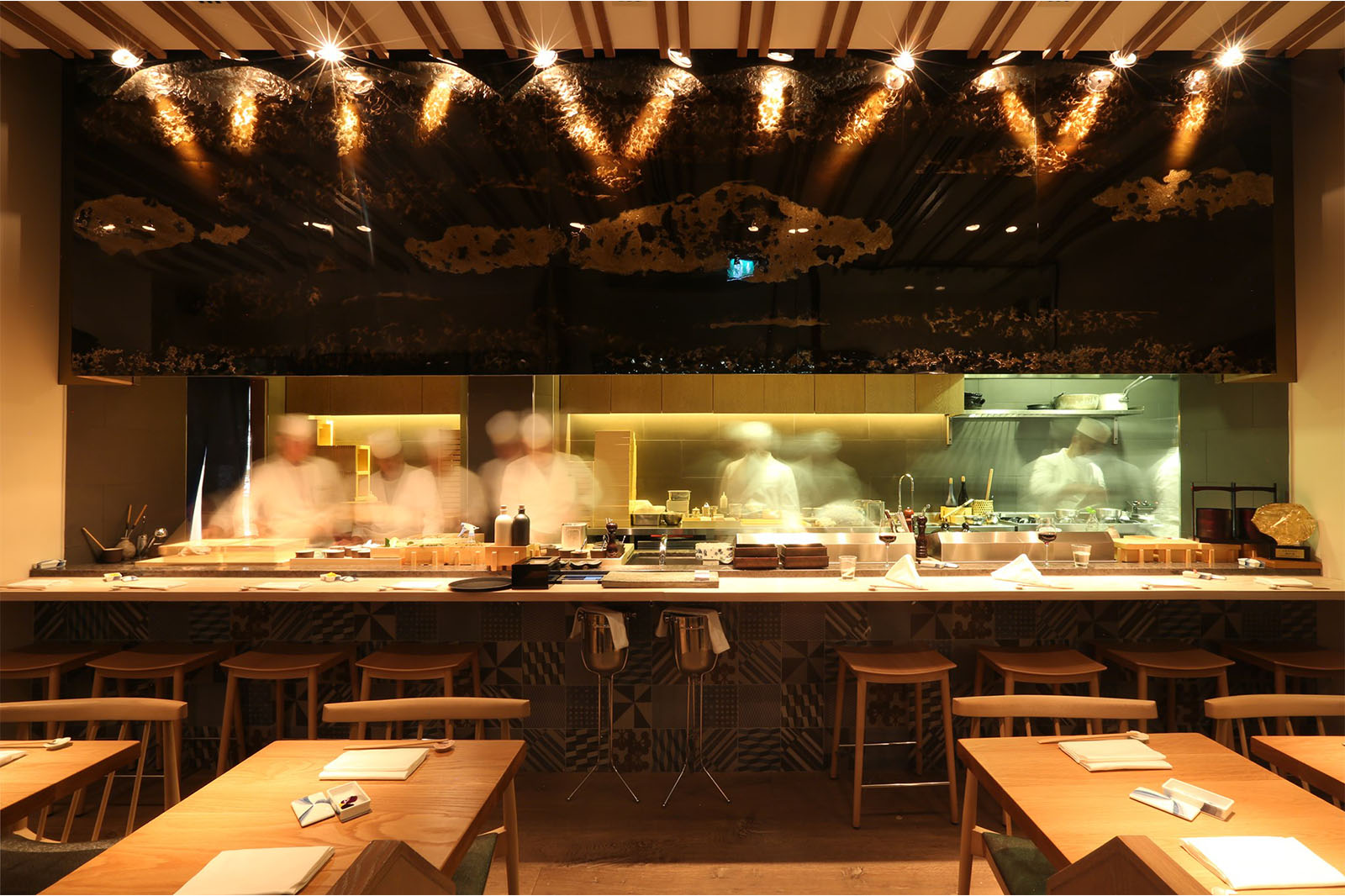 Legends are spun around the ultra-exclusive Kobe beef and if you have a hankering for delicately marbled, incredibly flavoured meat, Engawa is where you need to go. In fact, it’s the only restaurant in the UK that import the entire Kobe cow, meaning they have the widest selection of cuts available, including sirloin, rump, fillet, rib-eye and oyster blade. The ode to Japanese beef is all set within the tranquil space of an intimate dining room that seats 29 people in an environment inspired by Japanese culture. 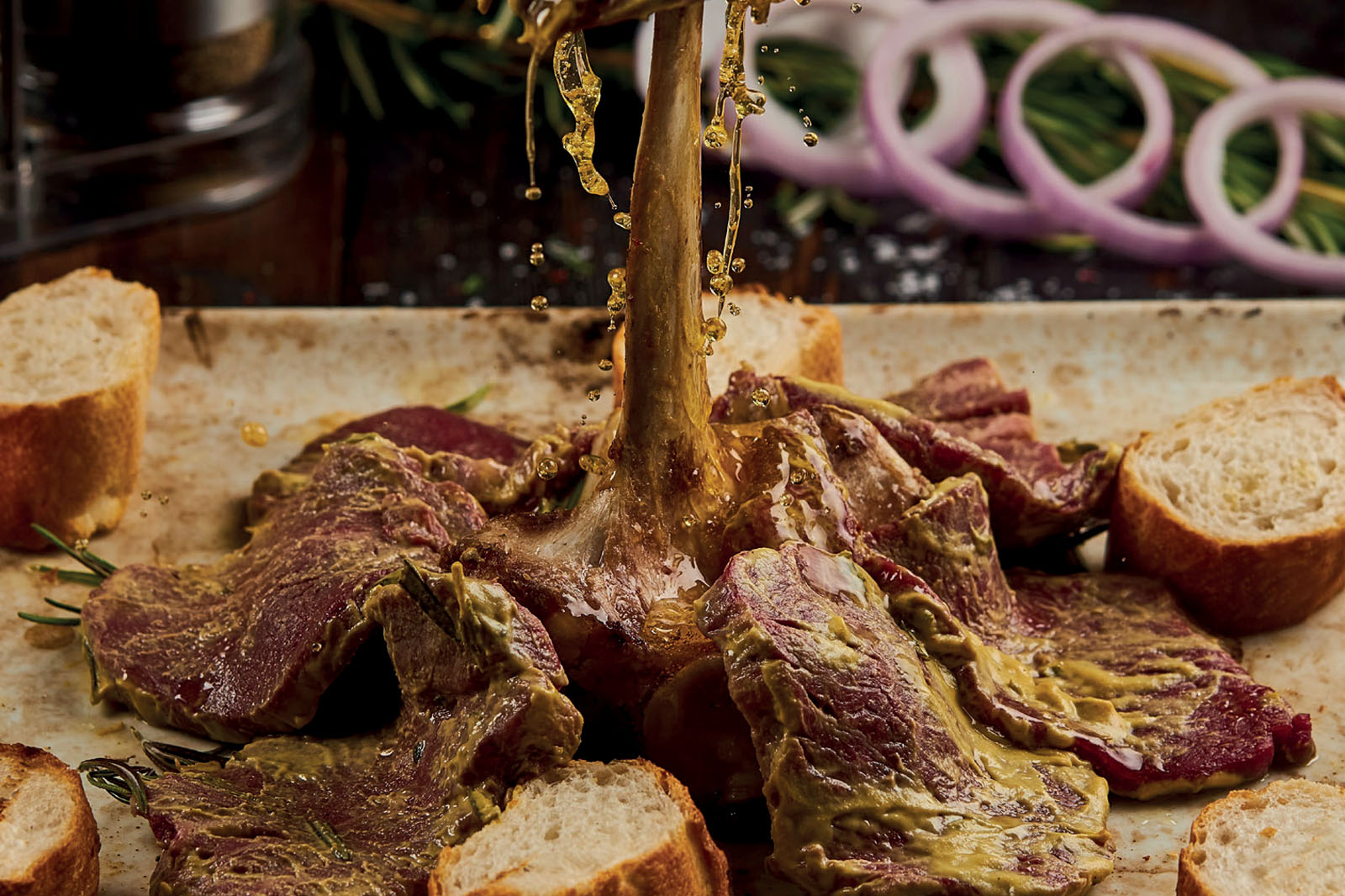 If you’ve been online in the past five years, you’ll know about Nusr-Et, the international steakhouse run by the meme chef himself, Salt Bae. Nusr-Et is steak at its decadent extreme with cuts of meat literally wrapped in gold. It’s the province of celebrities, influencers and Instagram foodies, all embracing the spectacle of luxury cooking. Just make sure you dress to impress; nobody wants to be outdone by their food. And be prepared to put up with wealthy 20-somethings doing the ‘salt bae’ everywhere you look.