We all know that fresh food is intrinsically better than the alternatives. It has more flavour, better textures and because it has to be locally sourced it’s often better for the environment. The freshest possible ingredients are those that chefs collect themselves with locally sourced and foraged food, heading out into the local countryside or specially designed wild gardens to find the best mushrooms, truffles, game and herbs. 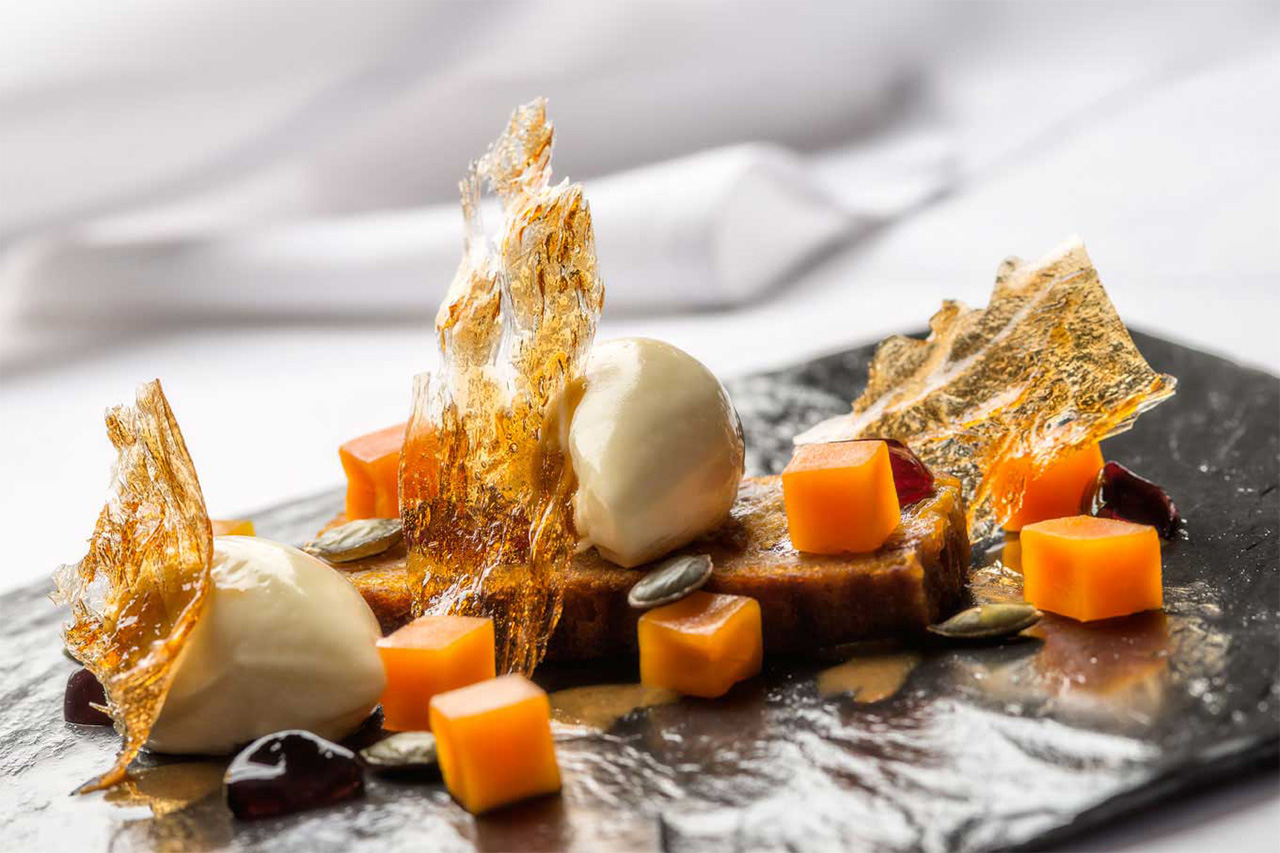 Nestled within the Wye Valley in Monmouthshire, The Whitebrook is a Michelin star restaurant run by husband and wife duo Chris and Kirsty Harrod. The menu includes truffle baked parsnip salted plum, brassica, hen of the woods mushroom, Wiltshire black truffle, with a dessert of Wye Valley rhubarb toasted birch wood ice cream, hazelnut, and medlar. However, as with the majority of menus that include foraged ingredients it changes seasonally based on what’s naturally available. Whitebrook also has boarding rooms should you wish to explore the area over a number of days. 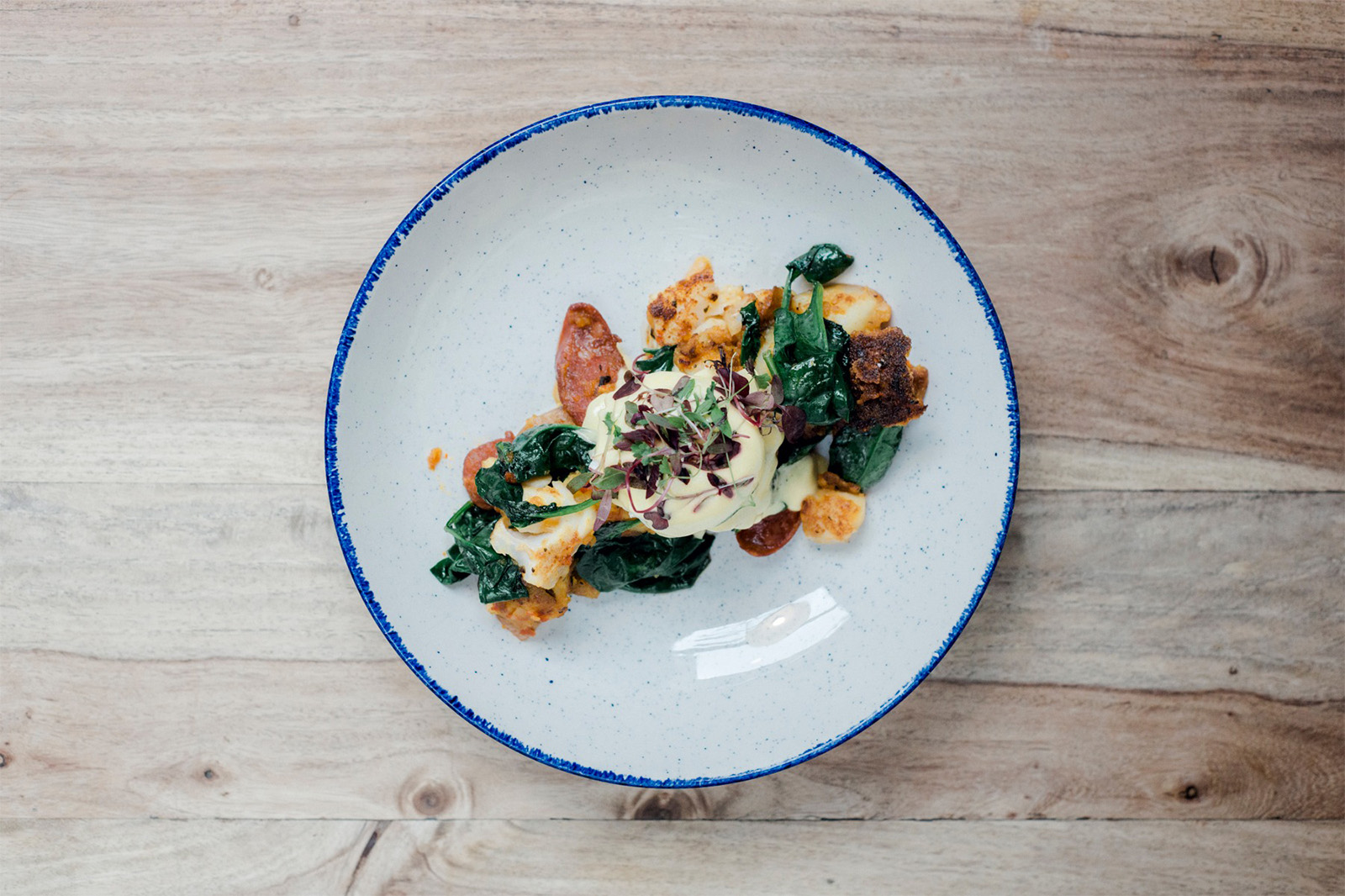 If you’re looking for a more low key dining affair with a menu of locally sourced produce, Edinburgh Larder is the place for you. It features in a wide range of restaurant guides but always as a ‘hidden gem’ due to its café like atmosphere and informal nature. The name of the game is breakfast, as their full English (full Scottish?) is a legendary feast of Ramsay’s smoked back bacon, black pudding, Cumberland sausage, roasted flat mushroom, blistered cherry tomatoes, potato scone, homemade beans, poached egg, and buttered granary toast – showcasing the best of local Scottish ingredients. 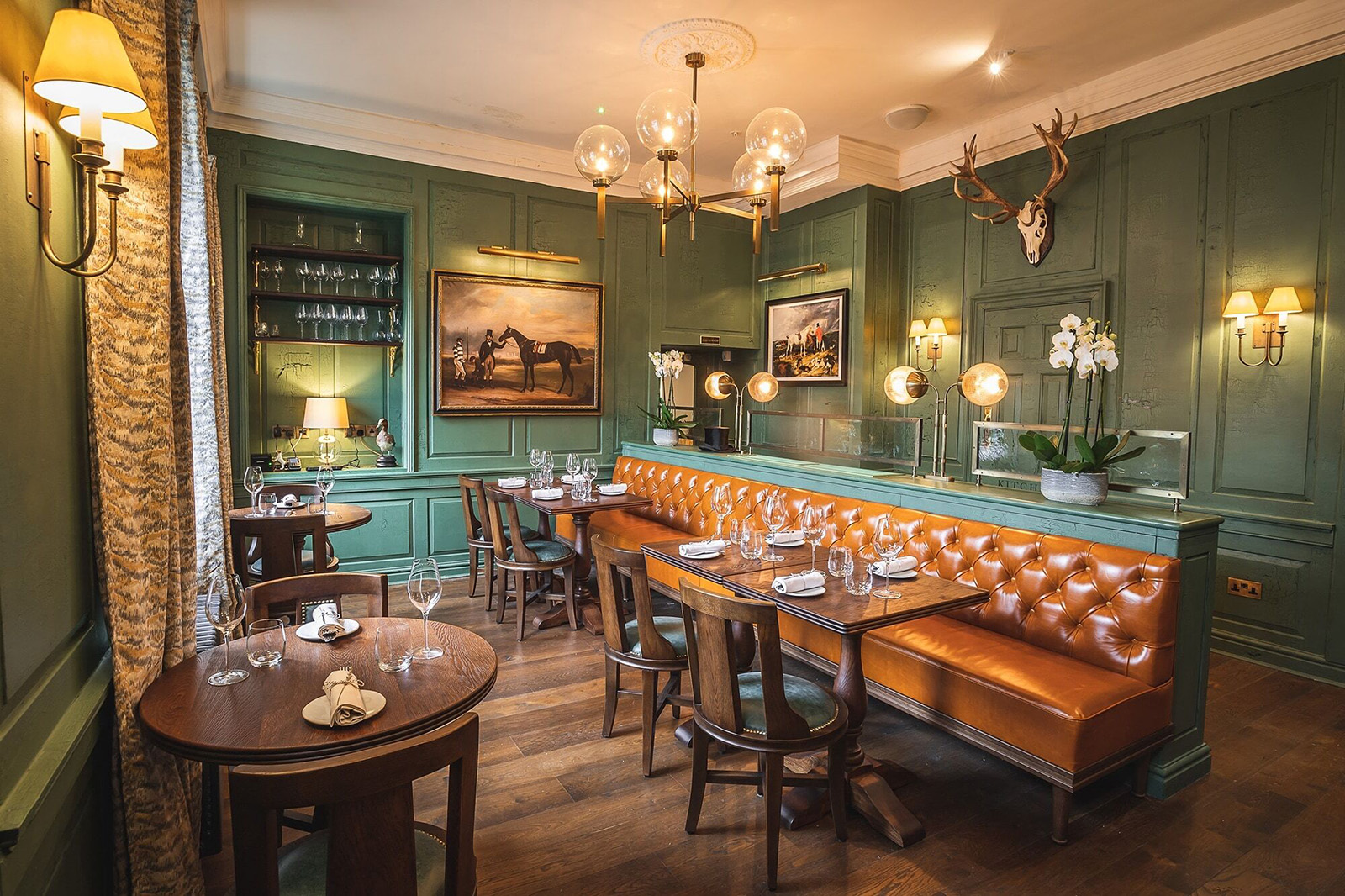 The Elder is an establishment operated by Mike Robinson, one of Britain’s foremost experts on wild food and game. Specifically, The Elder is famed for its venison, which is wild reared on local estates in Wiltshire and collected by huntsmen prior to being processed in house in an FSA regulated larder. This local approach to meat is so popular that in addition to The Elder they also supply venison to several high end restaurants in London such as the only Michelin star pub in the city, The Harwood Arms. 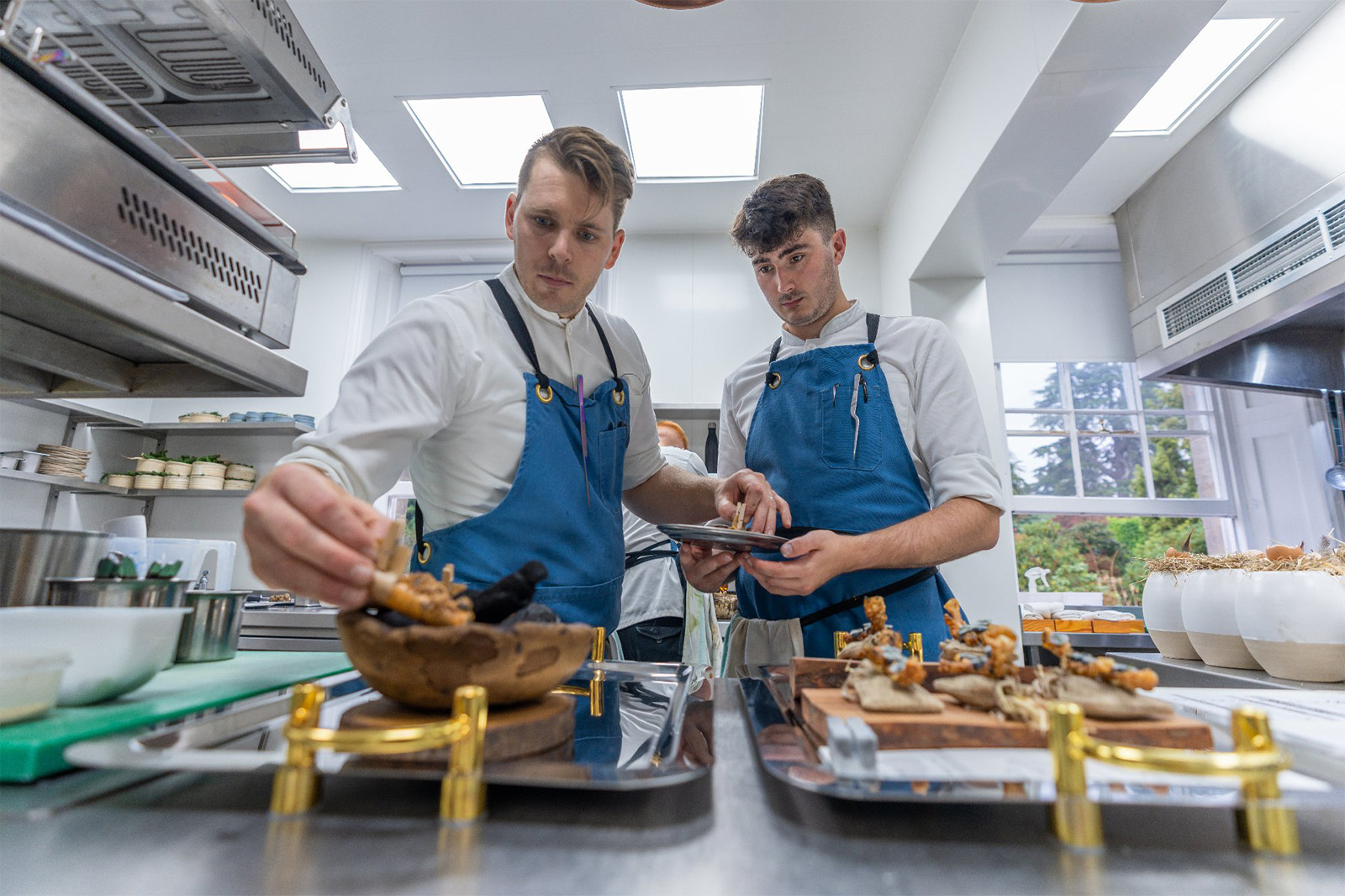 It’s often the case that restaurants using foraged ingredients will be situated in or near a bountiful area of natural beauty that’s capable of supplying a diverse range of food. This is exactly the case with Michelin star restaurant Interlude, which is located at Leonardslee Gardens near Horsham in a Grade 1 listed garden with 240 acres of rich land ripe for foraging. The menu includes dishes such as trenchmore beef with foraged salad, snail fricassee, and estate deer with skilpadjies and juniper. 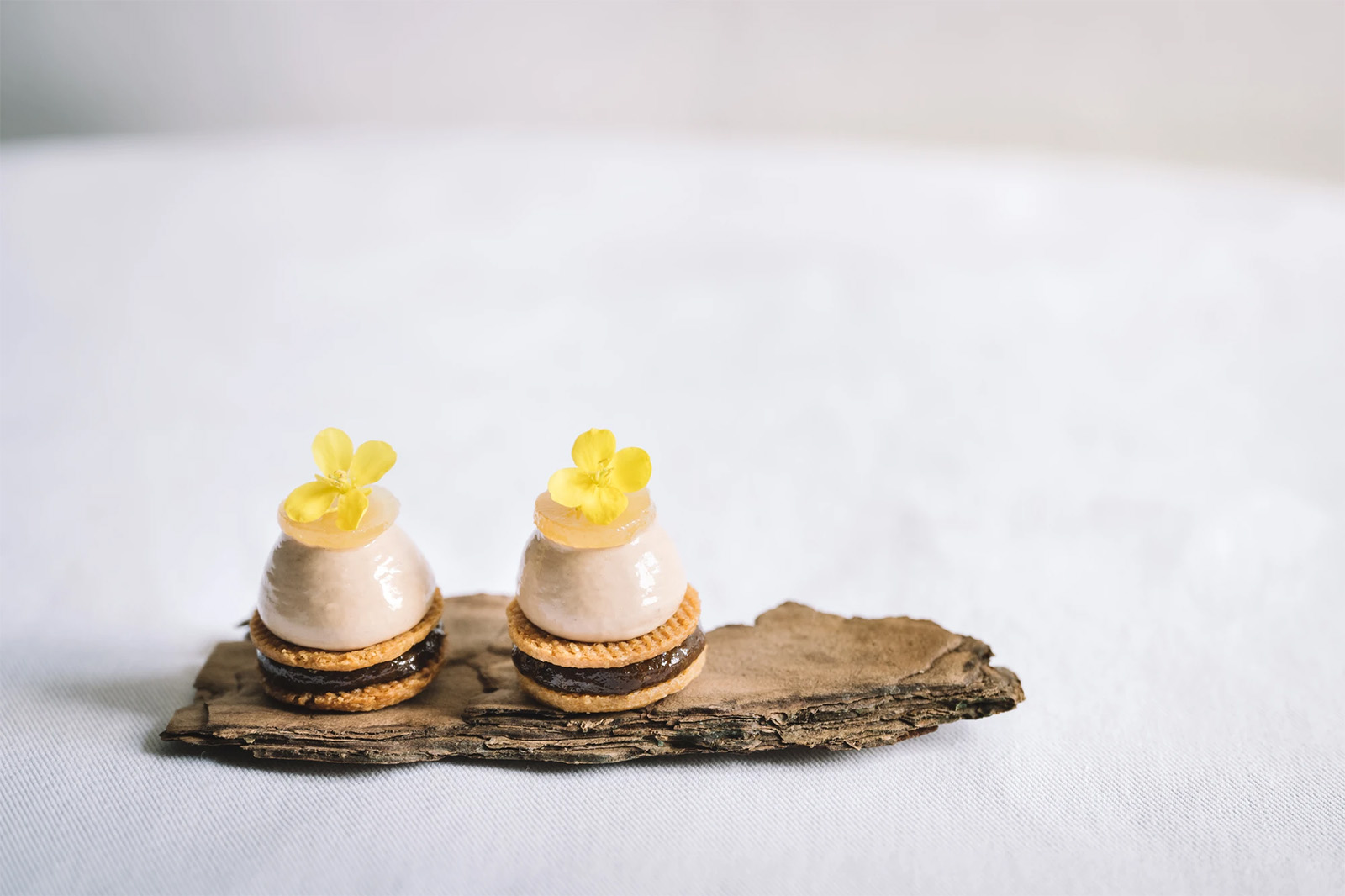 We can’t finish this round up without at least one more Michelin starred restaurant in a region of natural beauty, and that duty falls to The Royal Oak on the edge of the Cotswolds. Dishes like nettle raviolo of lamb sweetbreads, white asparagus, spring truffle and mint form the foundation of a concise menu featuring wild ingredients. The focus on local and foraged food has created many fruitful relationships between The Royal Oak and the local community, making it a hub of rural life. 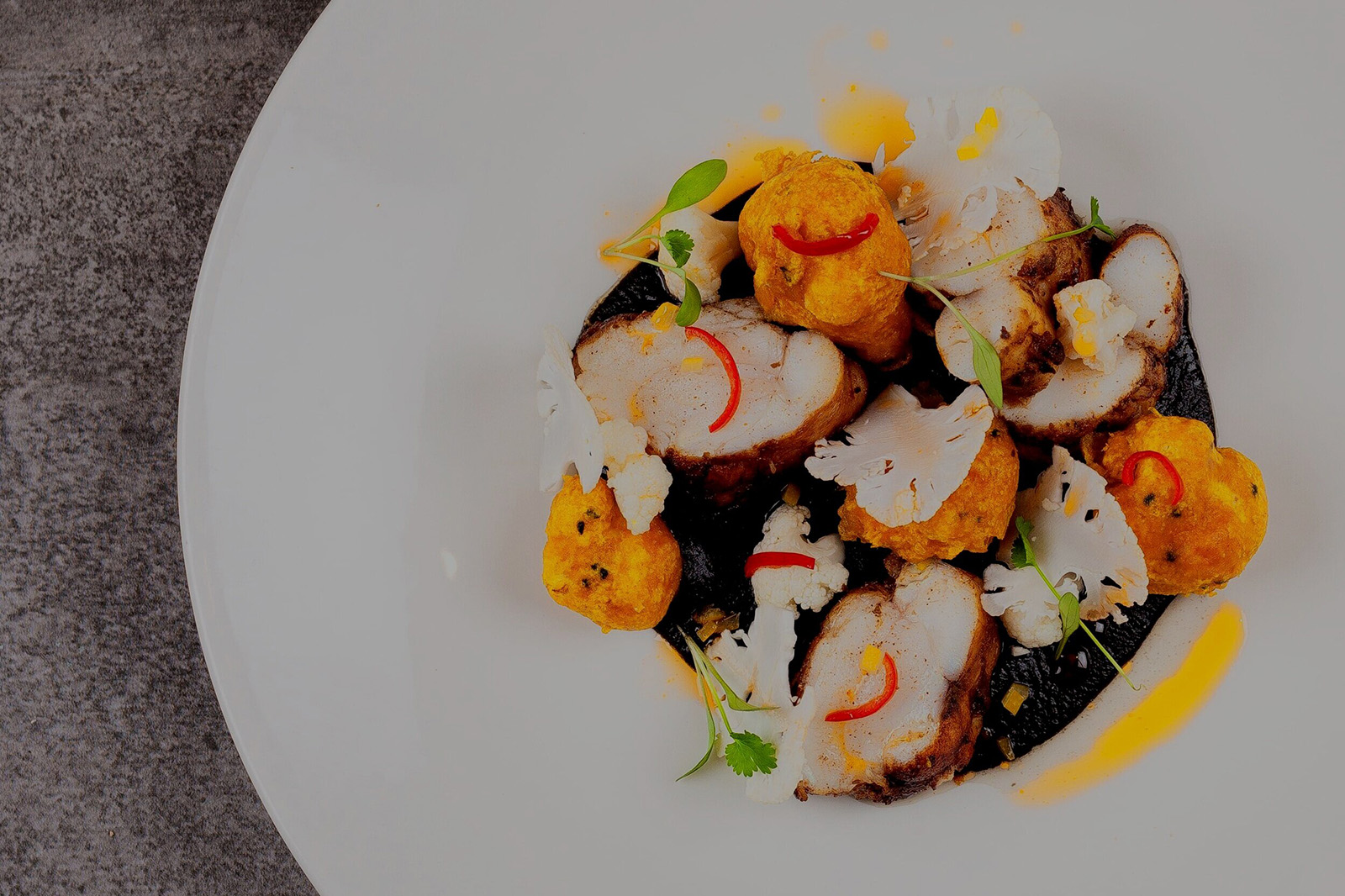 Scotland is practically one enormous larder when it comes to wild and seasonal ingredients. Even the area surrounding Edinburgh offers a bounty of produce ripe for use in dishes like wild garlic gnocchi with roast salsify, beets, leek and walnut pesto. In fact, Wedgwood offers Wild Foraging Experience Days where you can join Chef Patron Paul Wedgwood on a tour of foraging around Midlothian. After which you can experience the fruits of your labour in the restaurant. 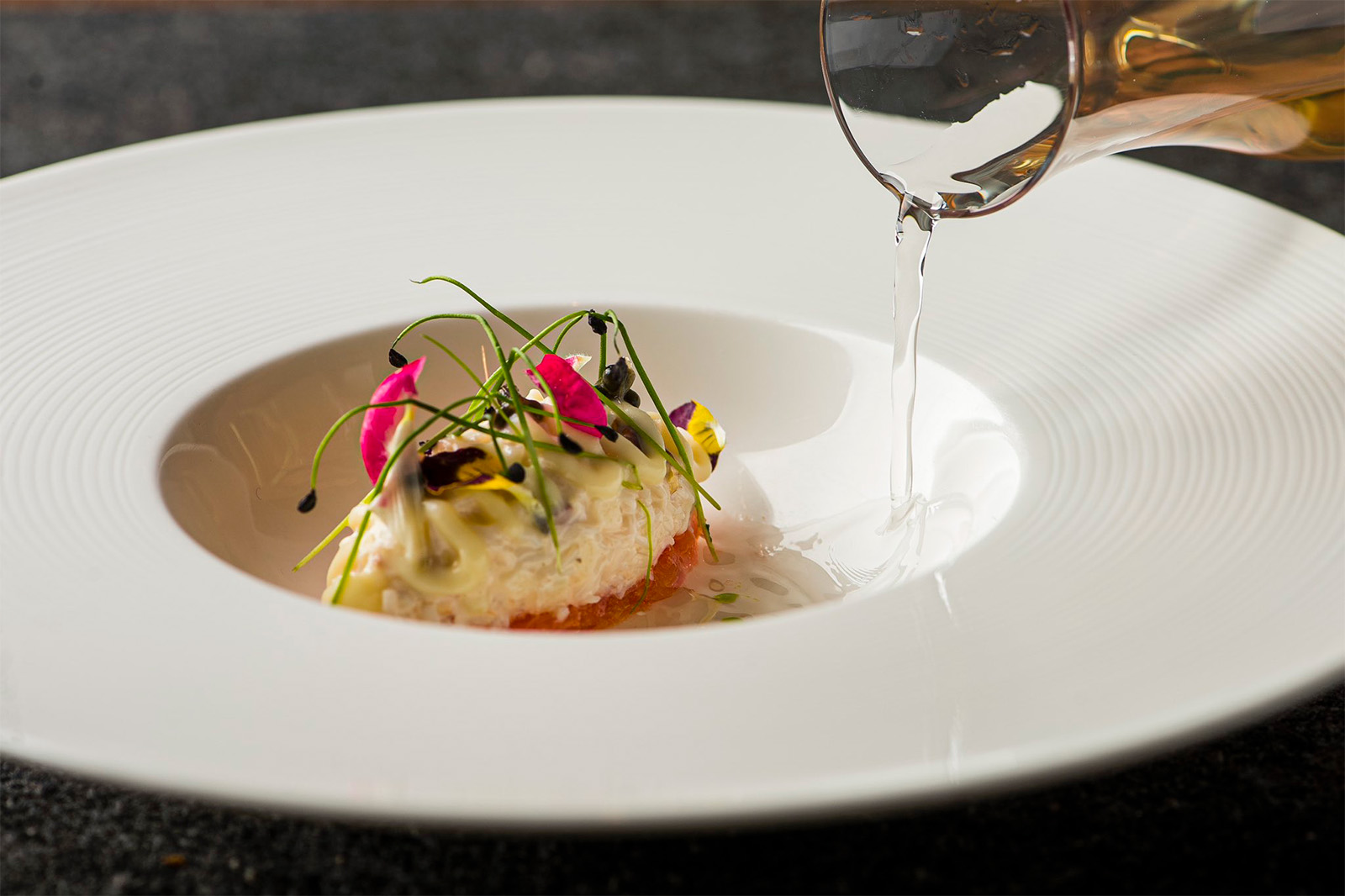 There’s just something about foraged and locally sourced food that attracts Michelin stars. Old Stamp House is the third restaurant to have one in this feature. However, Old Stamp House’s menu doesn’t rely solely on the local area for its ingredients, as they celebrate the history of Cumbria as one of the leading trade centres with the Americas, Caribbean and India. As such, local produce is combined with imported spices like pepper, mace, ginger, sugar and rum to create a unique menu.