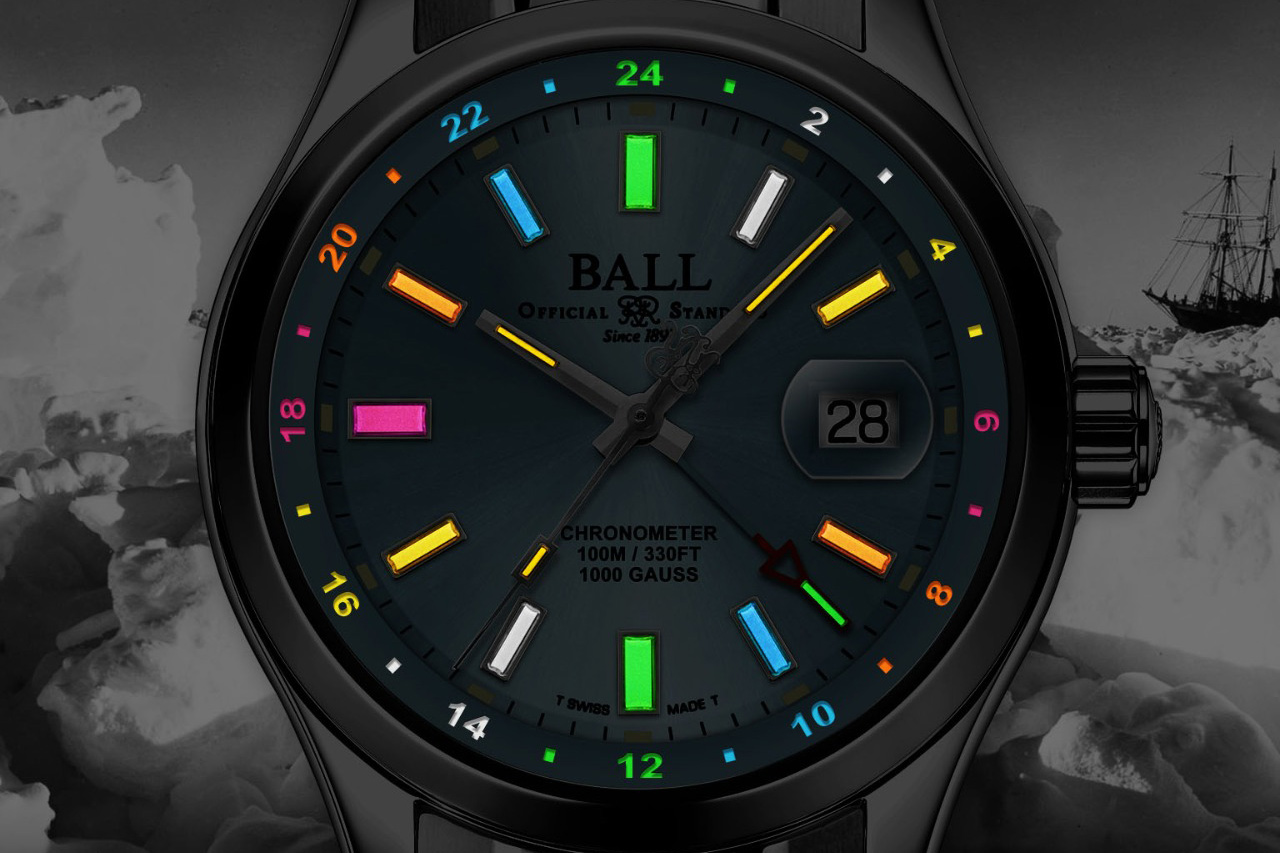 Many a historical jump in horological accuracy has been down to necessity. When John Harrison designed the H2 during the mid-1750s, it was to solve the problem of Longitude, and when Webb. C Ball created the official railroad standard of timekeeping accuracy, it was because of a tragedy a few years prior.

On 19 April 1891, two trains crashed. The real tragedy wasn’t the eight deaths – though that was of course, tragic – but that it could have been easily avoided with proper timekeeping. The two trains were due to cross paths at a specific time, but after one of the conductor’s watches stopped for four minutes, they collided. 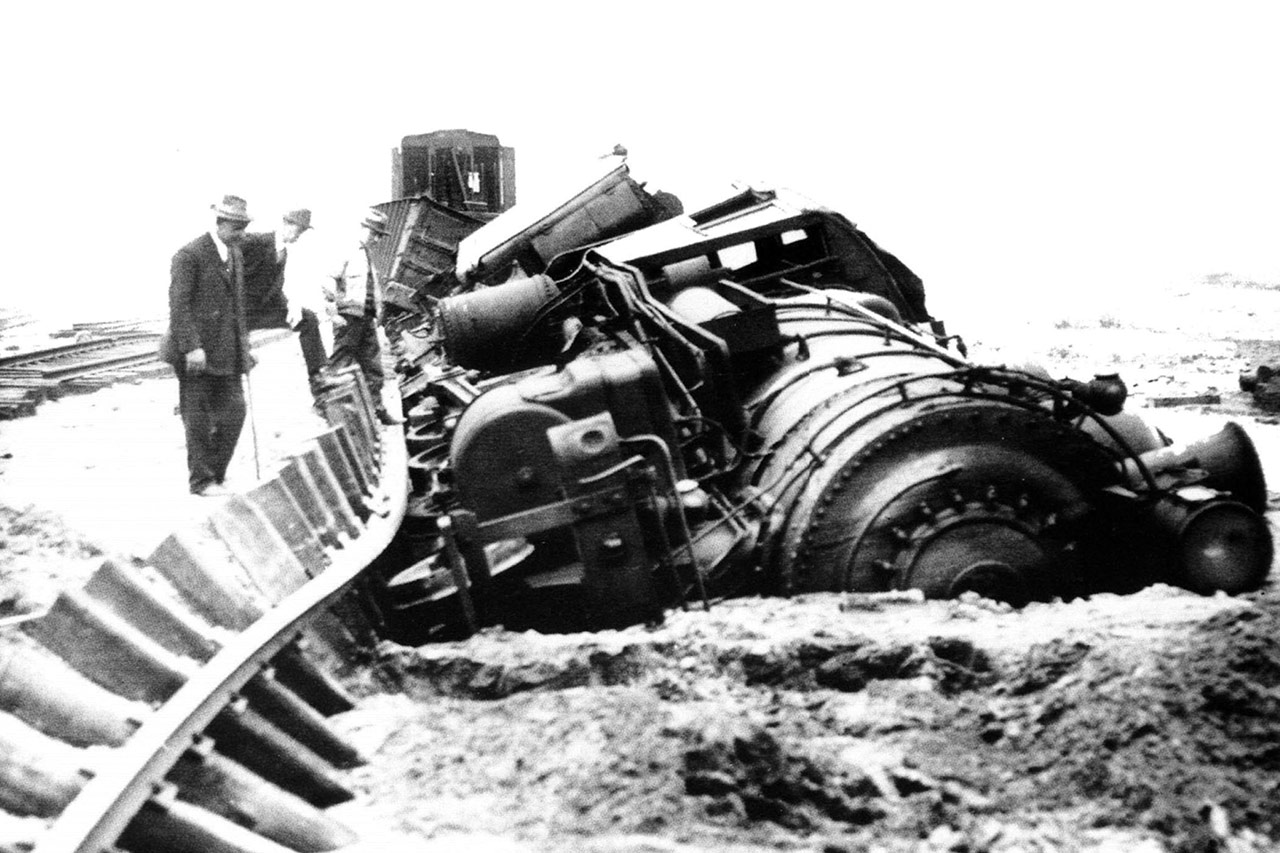 A 4-minute error of a watch carried by an engineer on a train caused the “Great Kipton Train Wreck” in 1891, prompting Webb. C Ball to create the official railroad standard of timekeeping accuracy.

To prevent anything of the kind happening again, Ball created a timekeeping service, providing reliable watches to conductors and ensuring that they hit his incredibly high standards of -/+ 30 seconds per week. That’s higher than today’s COSC standards and back at the tail end of the 1800s was obsessive.

While well over a century has passed since the Ball Timekeeping Service, the railroad standard is still incredibly high, with most watchmakers happy to build an in-house movement. Given their shared name and heritage, that simply wouldn’t do for the modern incarnation of Ball Watches. 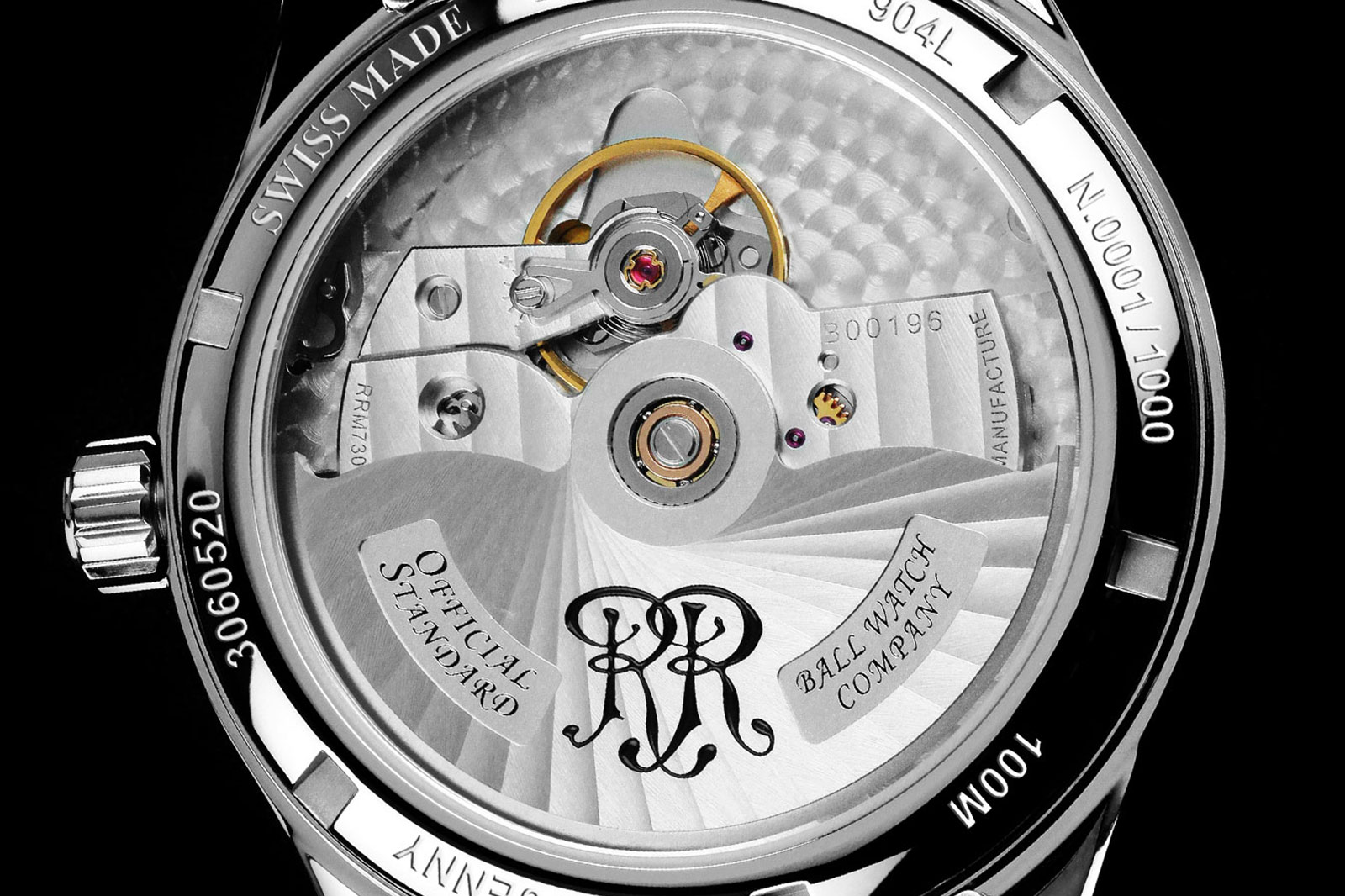 More often than not, watchmakers build in-house movements (and many they call in-house movements) for the sole purpose of prestige. It’s a nice thing to be able to say that you have a unique movement inside your watch. But for Ball, the Manufacture Caliber RRM7309-CS is about reclaiming their railroad standard legacy. To that end, it delivers accuracy of -2/+5 seconds per day, which is 30% more than is actually required to be called a chronometer.

Impressive enough as that is, that’s not all the manufacture movement offers. Silicon balance springs are becoming more and more common in watchmaking for their innate magnetic resistance and reliability, so the fact that Ball have used one shouldn’t be a surprise. But they’ve done so in combination with a nickel-based escape wheel and lever, meaning that it can resist up to 2,500 Gauss of magnetism – just about half the strength of an MRI machine.

It’s an enviable spec sheet for sure, and one that you wouldn’t really expect from Ball. Gloriously overengineered, chunky tool watches, yes, but in-house movements to back up their aesthetic credentials? 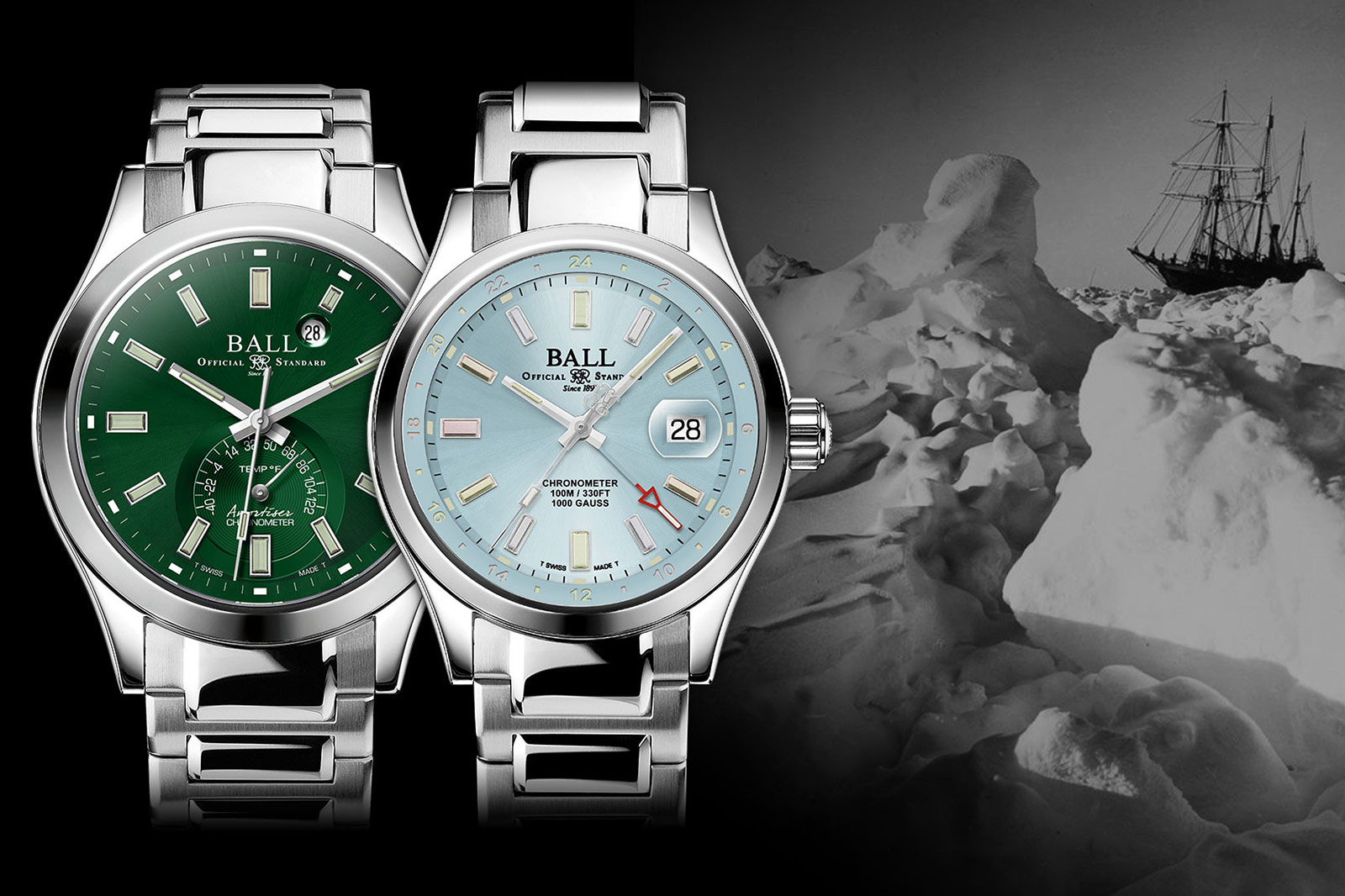 That’s reassuring to know. Case in point, the Engineer III Endurance 1917 GMT. Named after Shakleton’s famous (and ill-fated) ship, the Endurance 1917 might be among the more pared-back Ball watches, but let’s be honest, that’s not saying much. It’s still a solid piece of watch, with the watchmaker’s signature H3 gas tubes on the dial for a distinctively bright low-light look, especially with the rainbow option. 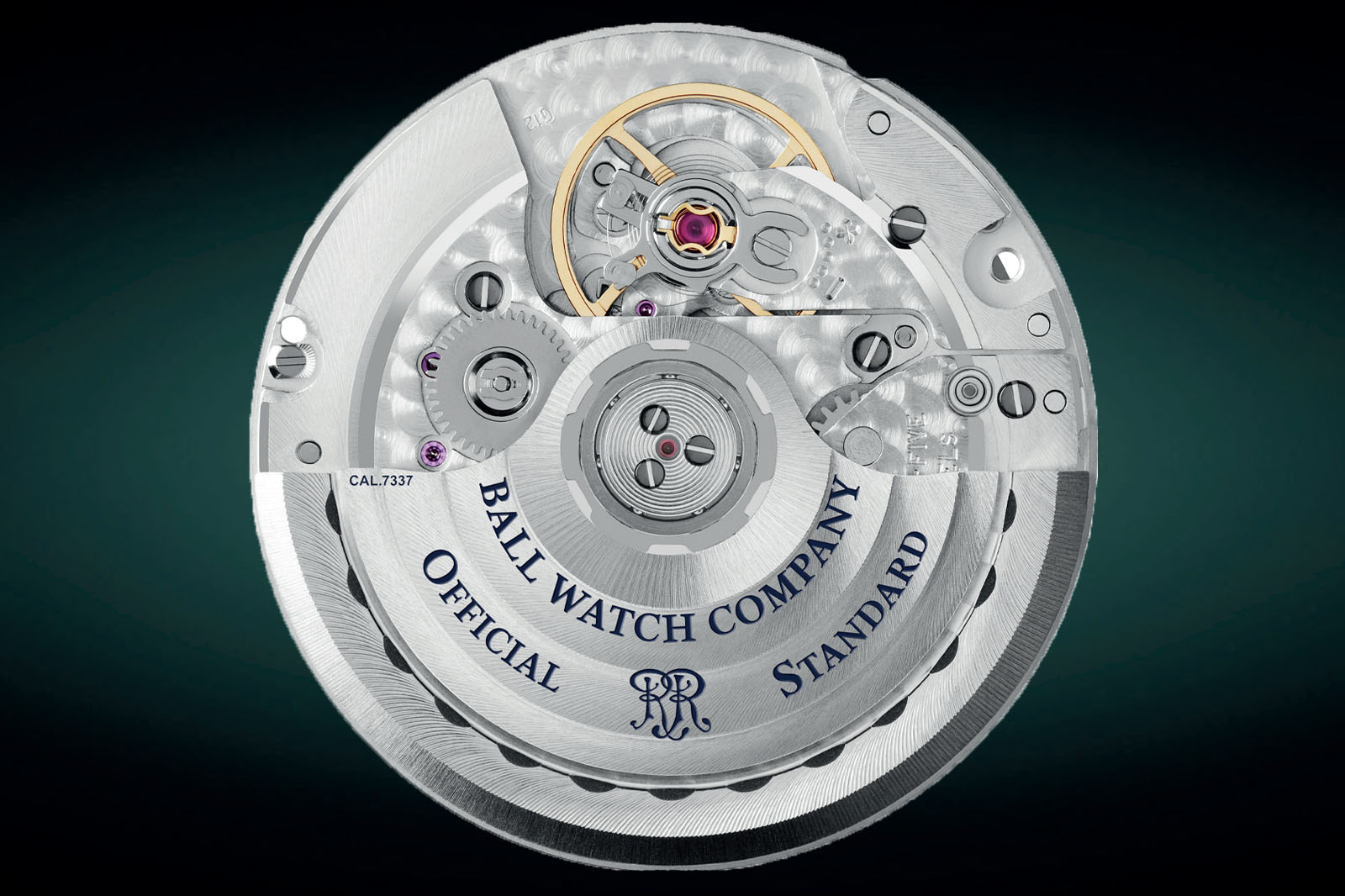 The latest version adds a GMT to the mix, with a bright red 24-hour hand readable on the fixed inner 24-hour bezel. It’s a serious explorer’s watch with a traveller’s complication – and the GMT version of the RRM7309-CS, the RRM7337-C, inside. Add in a suite of shock resistance innovations, including Ball’s own Amortiser patented anti-shock system, and you have a watch that combines mountain-tackling ruggedness with railway-worthy accuracy.