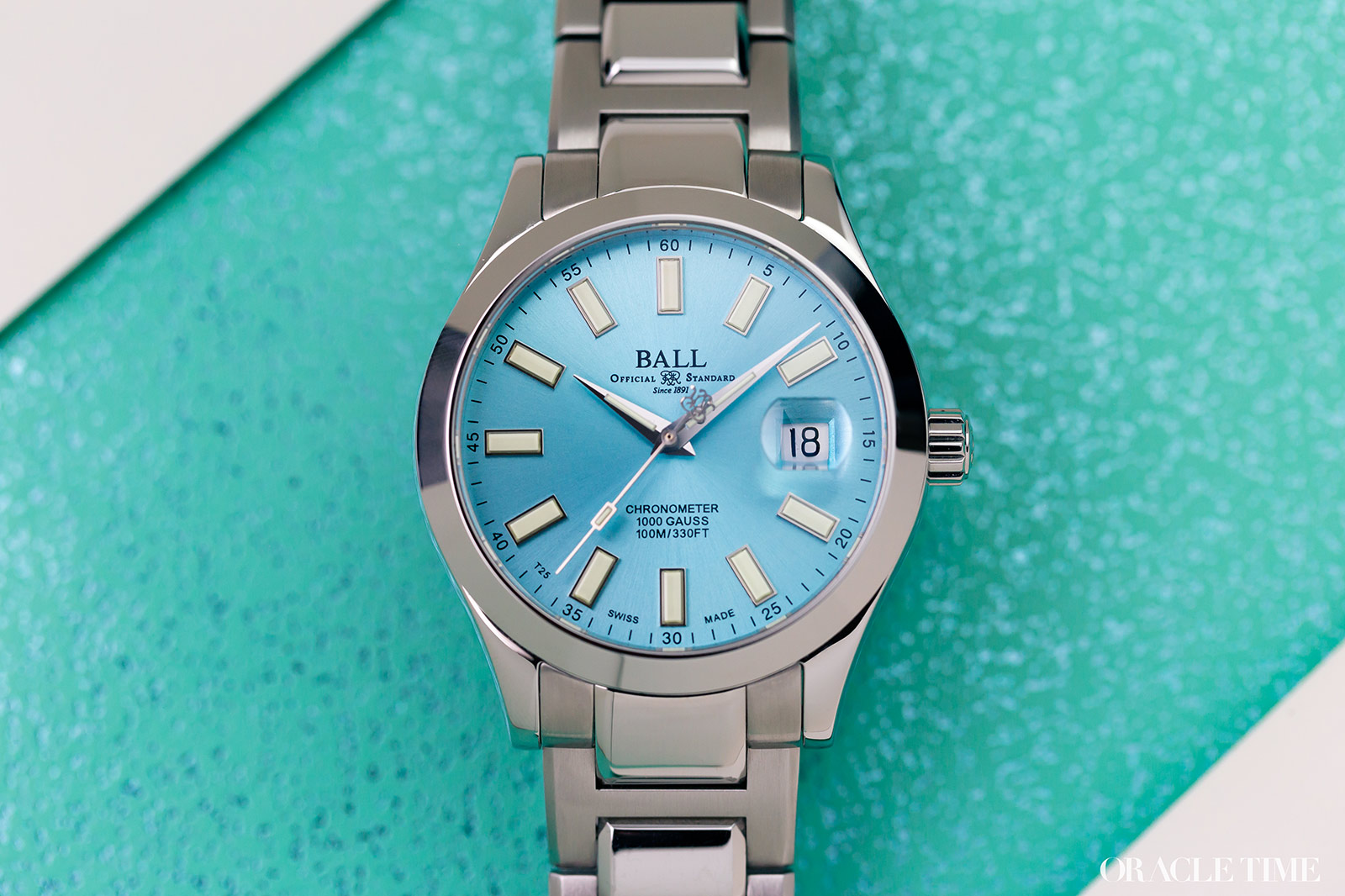 Ever since Rolex decided to embrace colour with their rainbow of entry-level Oyster Perpetual pieces and proved that even the most basic Watch with a Crown needs a waiting list, other brands have embraced the concept. The most obvious was Omega with their pastel-hued Aqua Terras, which let’s be honest, was a bit on the nose. That nose being a slightly less appealing colour than the cartoony bright Rolexes. What I didn’t expect to see though was something of a similar vein from Ball with the Engineer III Marvelight.

The Engineer III Marvelight is, despite a name that sounds like what happens when the MCU runs out of ideas (next year perhaps?), one of Ball’s most low-key timepieces. I  don’t mean that it’s any less rugged than the usual element- defying references in the watchmaker’s collection, just that  it’s one of the more aesthetically restrained of the lot. In fact, it’s one of the few you’d actually call elegant. 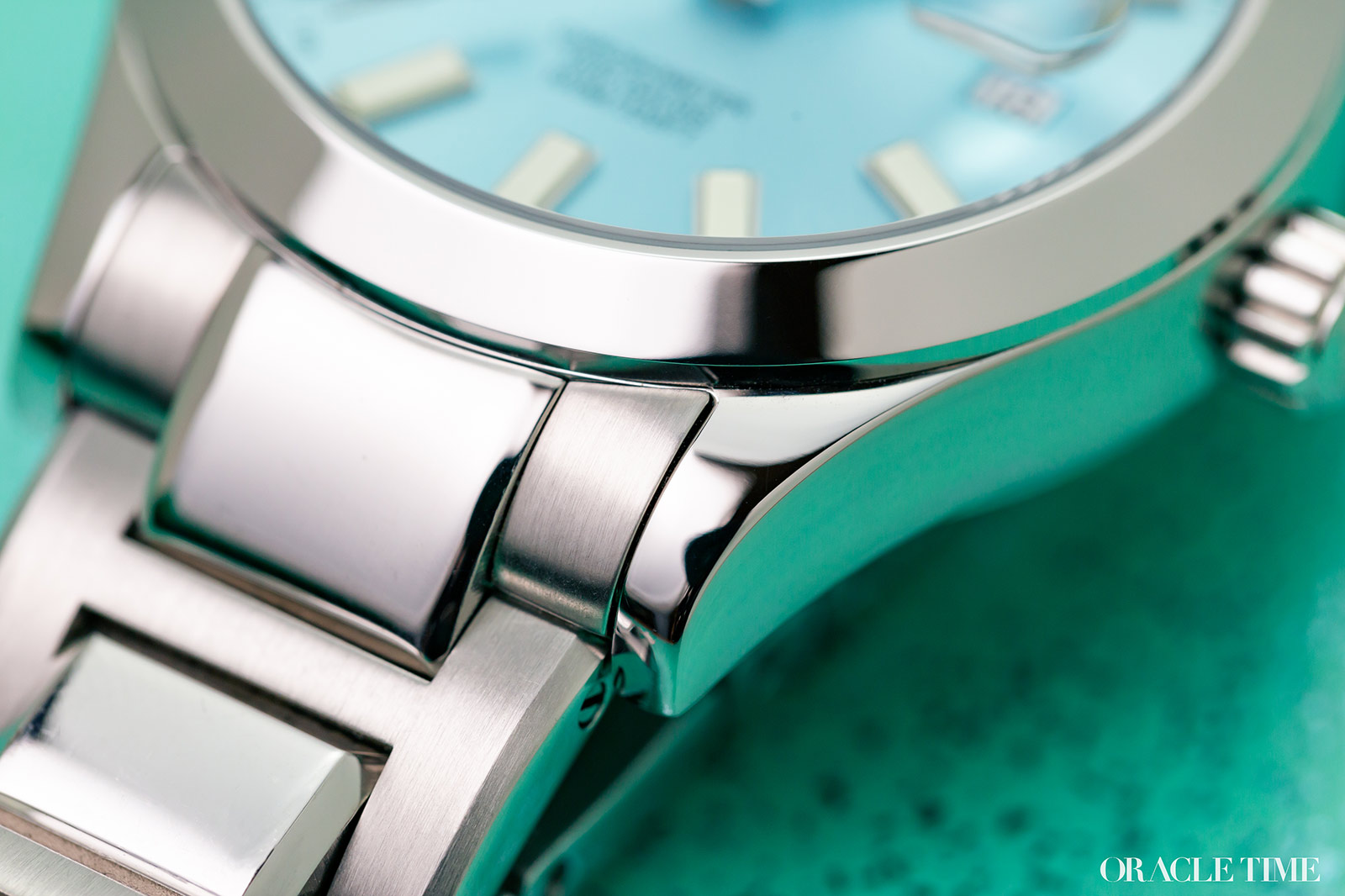 It’s that comparative minimalism that makes it a solid canvas for a splash of colour. Those colours are the usual black, silver, and navy options, along with newer versions in green (of course), a regal burgundy, and this fantastic ice blue. In some lights it comes off as silver, in others very, very blue. In all lights it’s a serious looker.

To be fair, this isn’t Ball’s first colourful foray with the Marvelight. Back in 2020 they launched a special edition to raise money in the fight against Covid-19 that had a fantastic multi-coloured dial and gas tubes. So really the only thing new here is the dial colour. But let’s be fair, that’s worked for Rolex and Omega, why not here? And work it does. 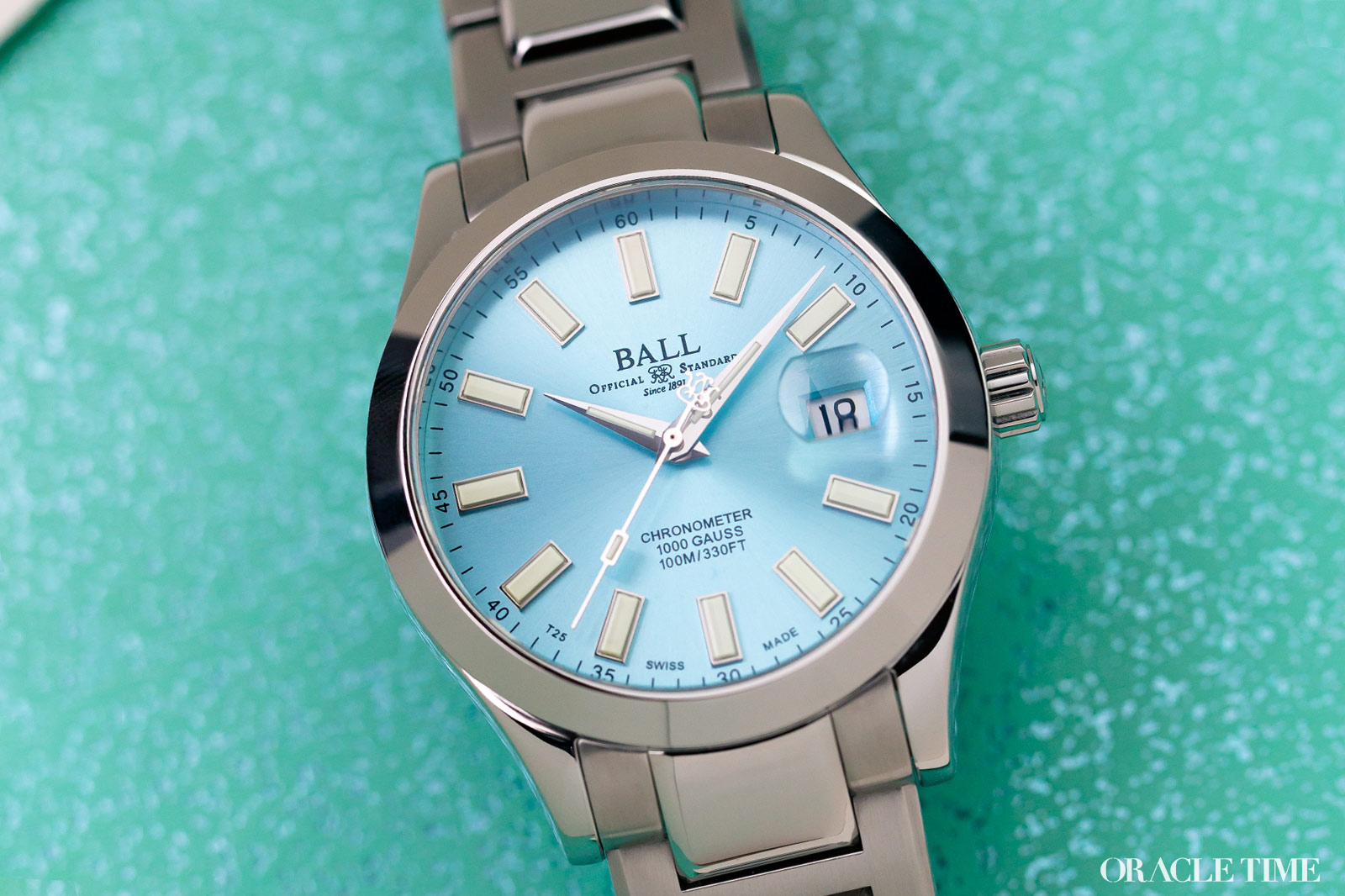 Measuring in at 40mm across, on paper it’s a relatively svelte piece. In typical Ball fashion though, it feels heftier than you’d expect, with a large crown and proportions, especially in the bracelet, that are charmingly chunky.

The Engineer III Marvelight’s dimensions mean it can work as a dress watch with that dial, but the kind that you genuinely don’t mind risking a knock or two. It can deal with them. This thing doesn’t just have 300m water resistance but is magnetic resistant up to 1,000 gauss. Not too many everyday watches can say that. 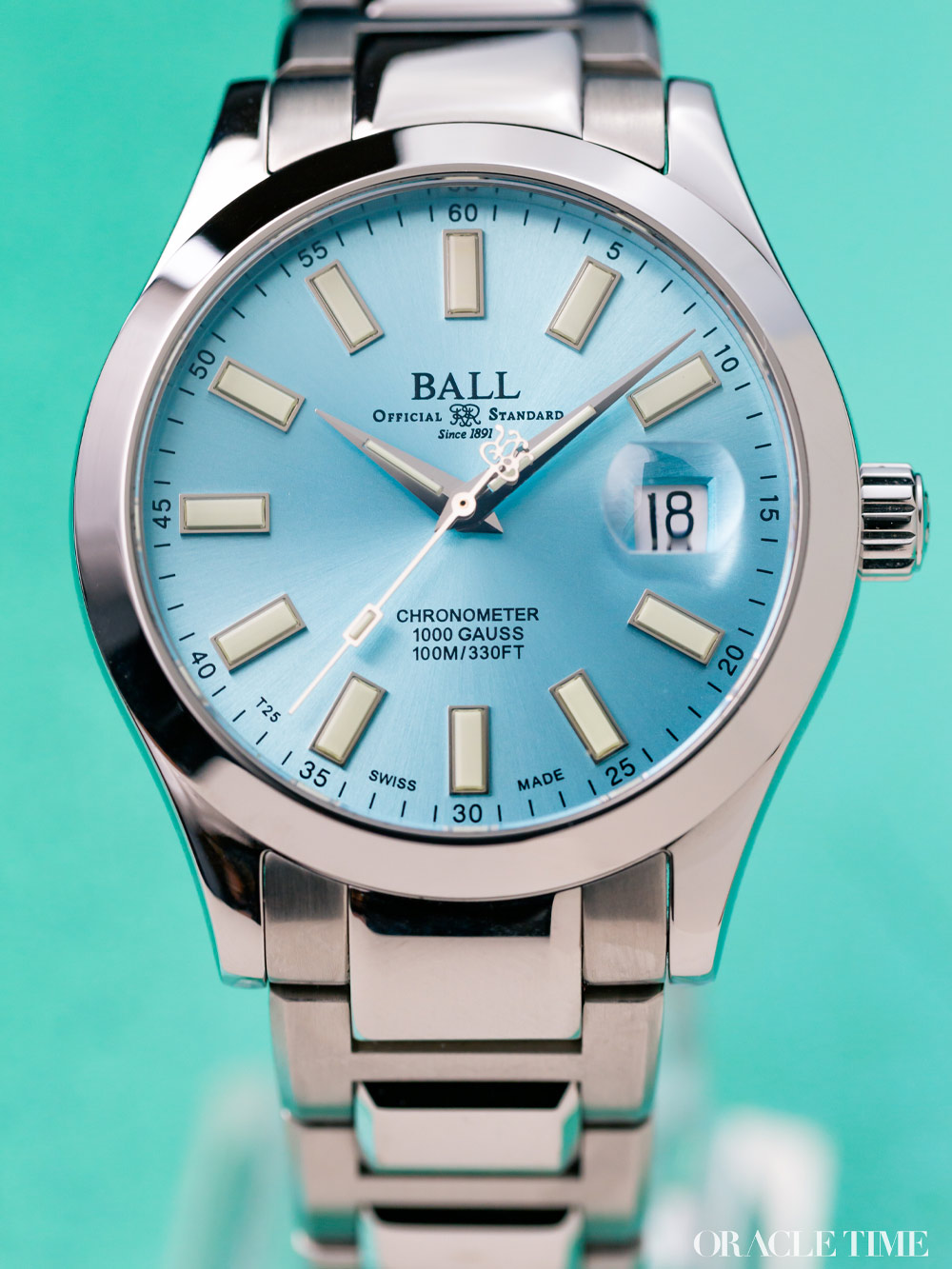 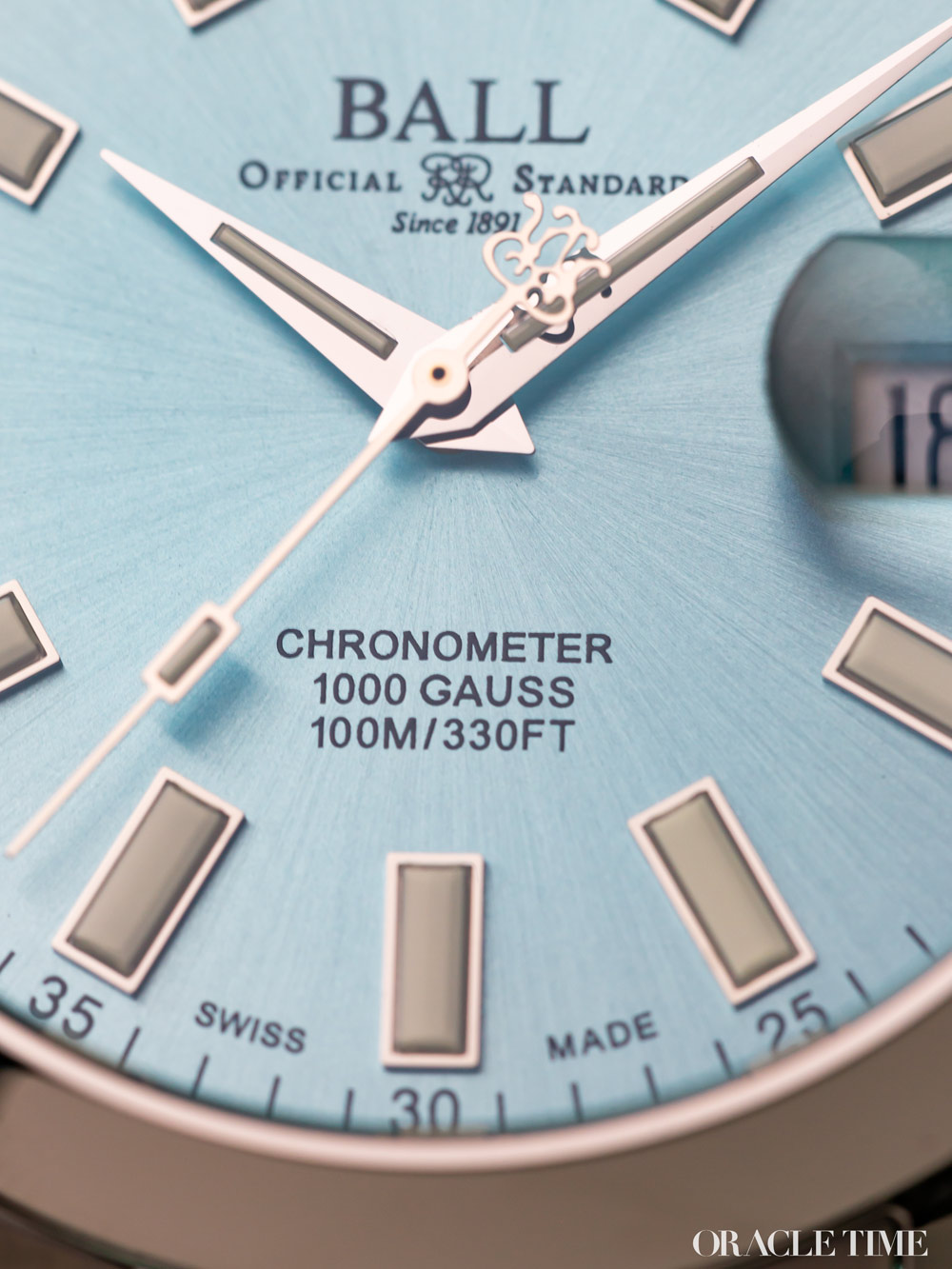 Aside from the colour, the dial has all of Ball’s hallmarks. For the uninitiated, that means the brand’s signature H3 gas tubes, luminescent blocks that put SuperLuminova to shame in terms of brightness and colour. I always love these things, and while I get that most brands don’t want to mess with radioactive material, they’re one of the most effective solutions to low-light visibility around. Their blocky look also means invariably charming proportions to the indexes. All-in-all, I’m a fan.

This particular version of the Marvelight opts for the usual ghostly green rather than the rainbow of gas tubes Ball’s been implementing more and more, which is a shame. Even a single, contrasting colour would have set the dial off perfectly. I’m also not too keen on the second-hand counterweight which take the form of Ball’s ‘RR’ signature. The florid script just feels out of place on a watch that’s otherwise distinctly modern. 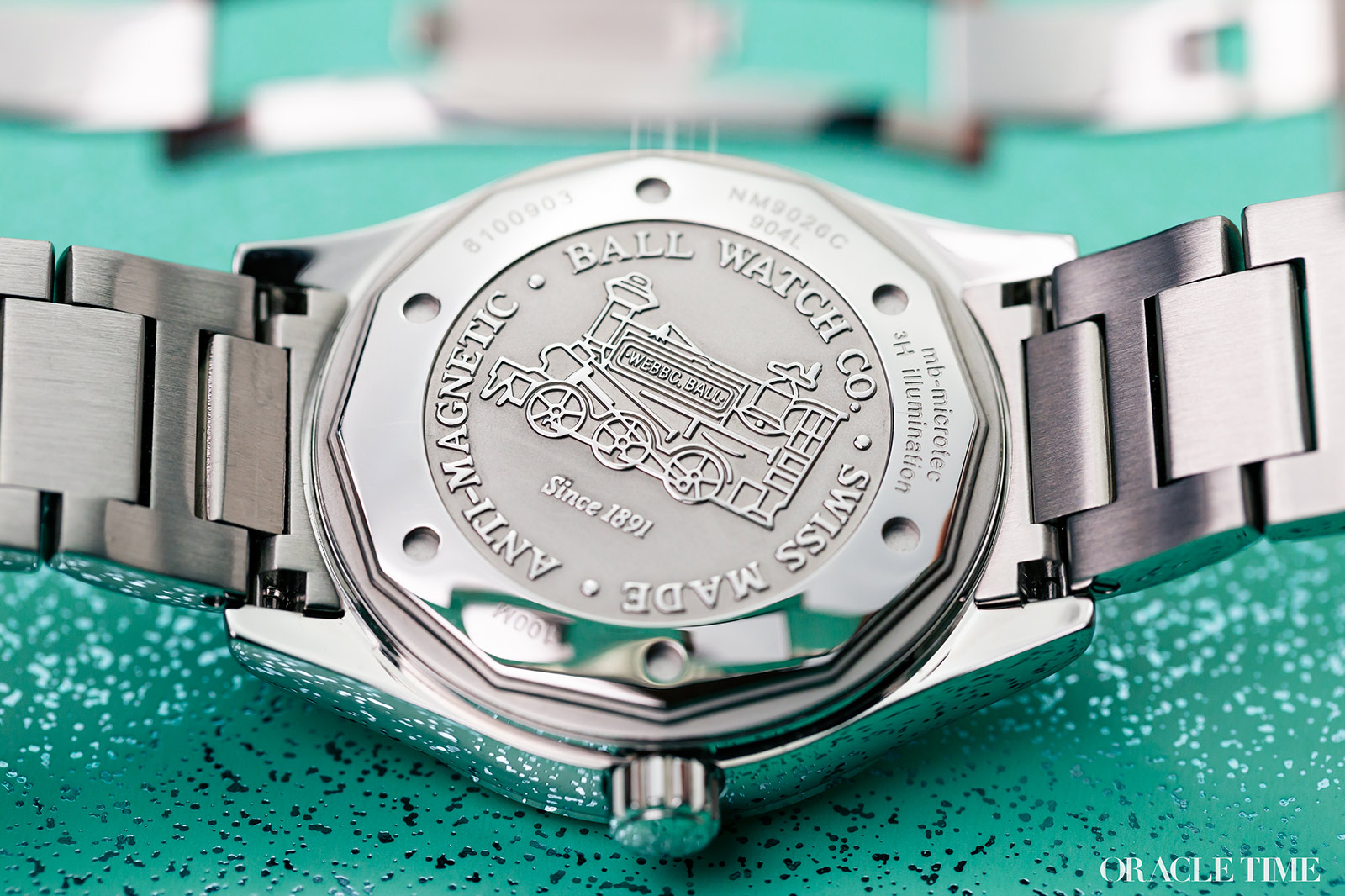 Inside is Ball’s own RR1103 calibre automatic movement. On the plus side, it’s chronometer certified which is always nice. On the negative it has a 38-hour power reserve which  is getting more and more outdated in a standard three-hand- and-date watch like this. It’s still a fine workhorse of a  movement, but I have my fingers crossed to see much more of Ball’s more recent, seriously impressive calibre RRM7309- CS. Whether it’s to keep the price down or because 40mm is just 1mm too small, it’s a shame.

On the flipside, just being able to compare this piece with Ball’s in-house movement shows how far the watchmaker’s come recently, and it doesn’t detract from the Ball Watches Engineer III Marvelight’s innate charms. While I doubt it’ll replace that Oyster Perpetual you’ve got your heart set on, it’s a solid alternative that, at under 2K, won’t break the bank.